In Search of Possibilities of Hope: Arghavan Khosravi at Carl Kostyál, London 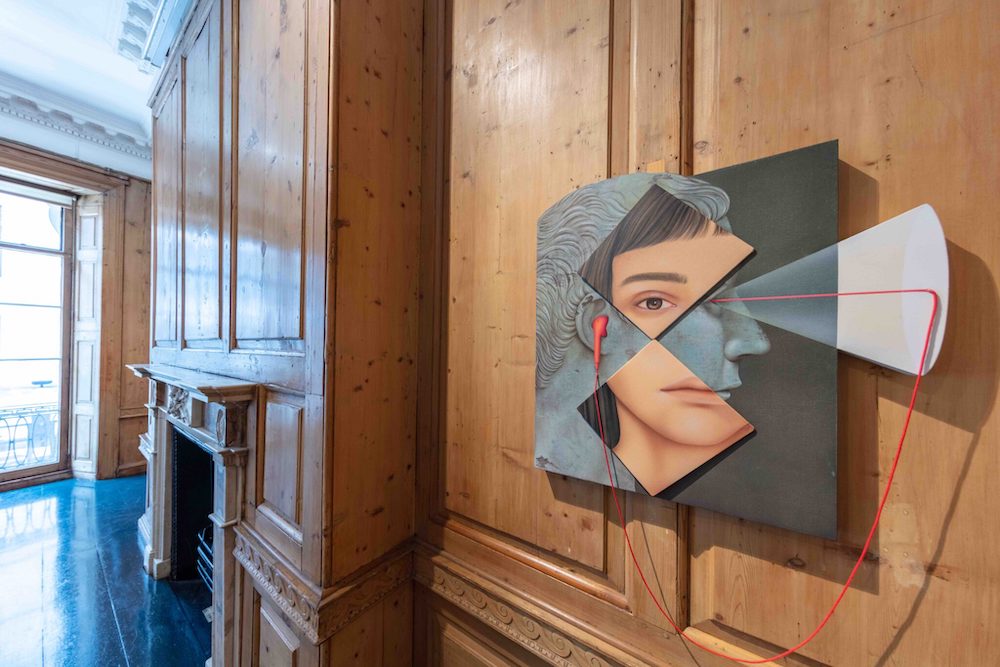 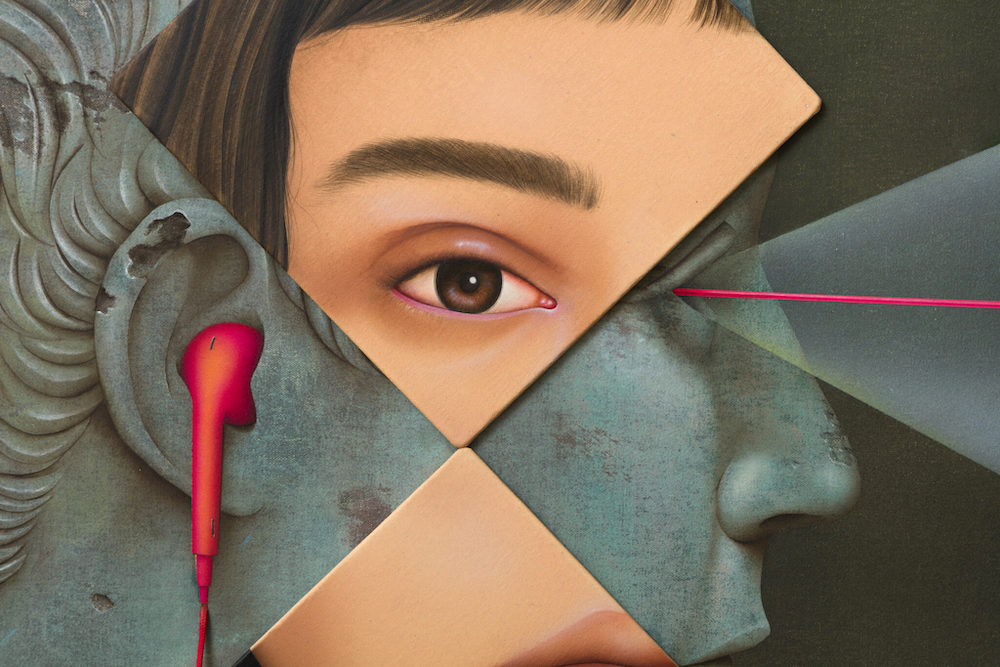 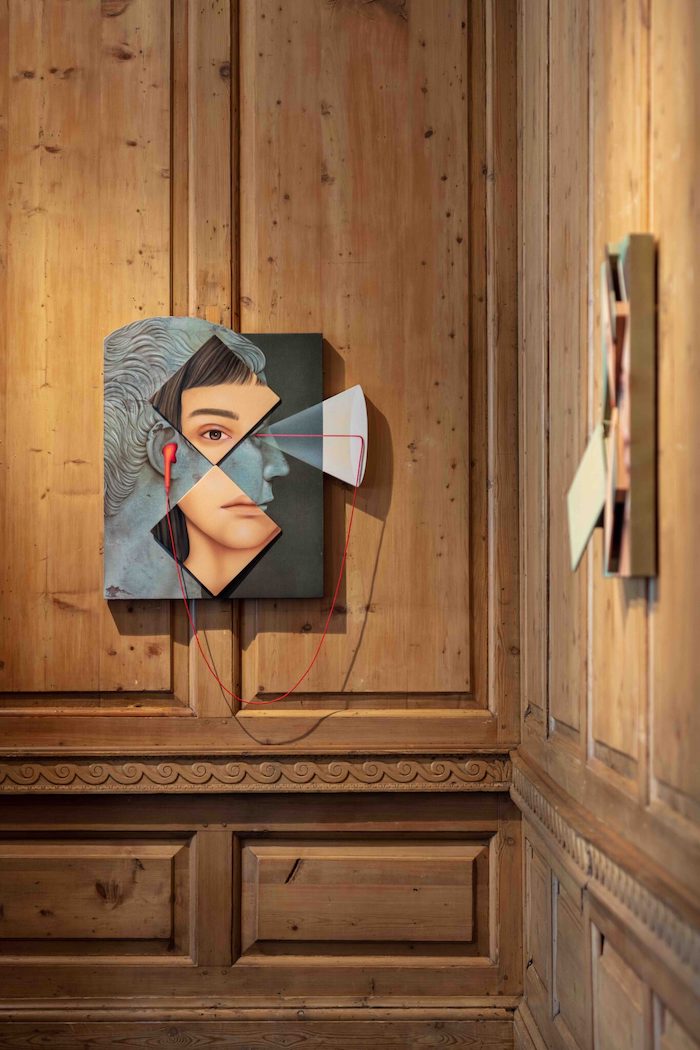 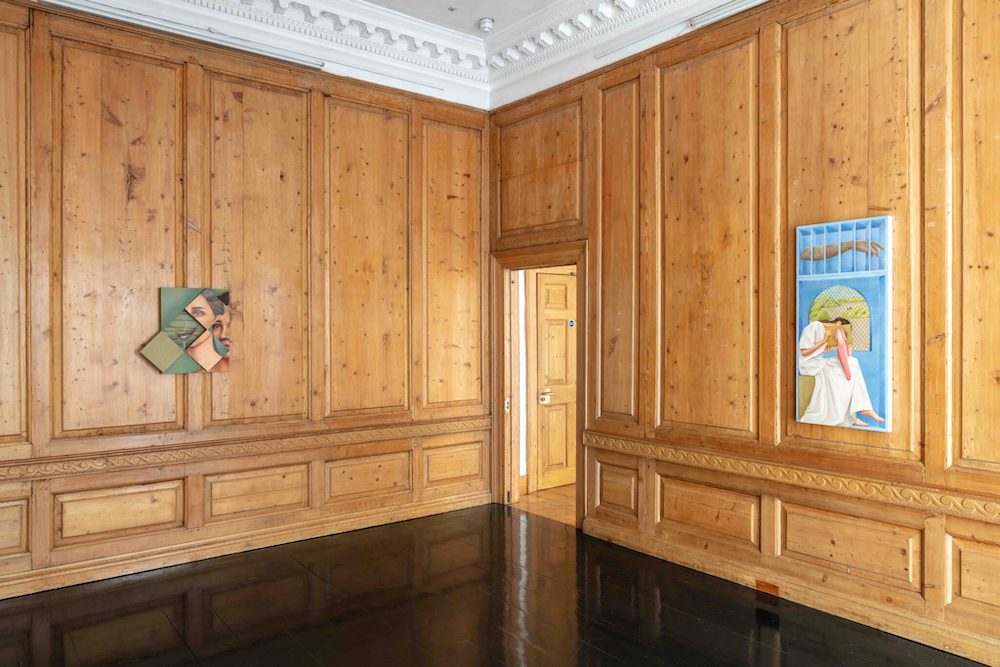 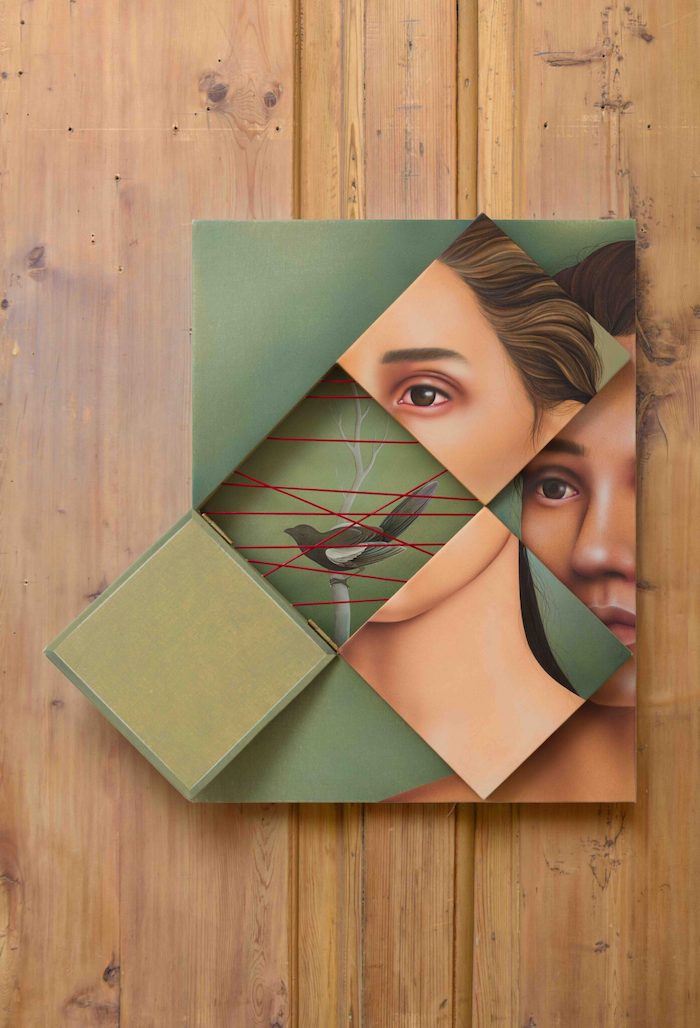 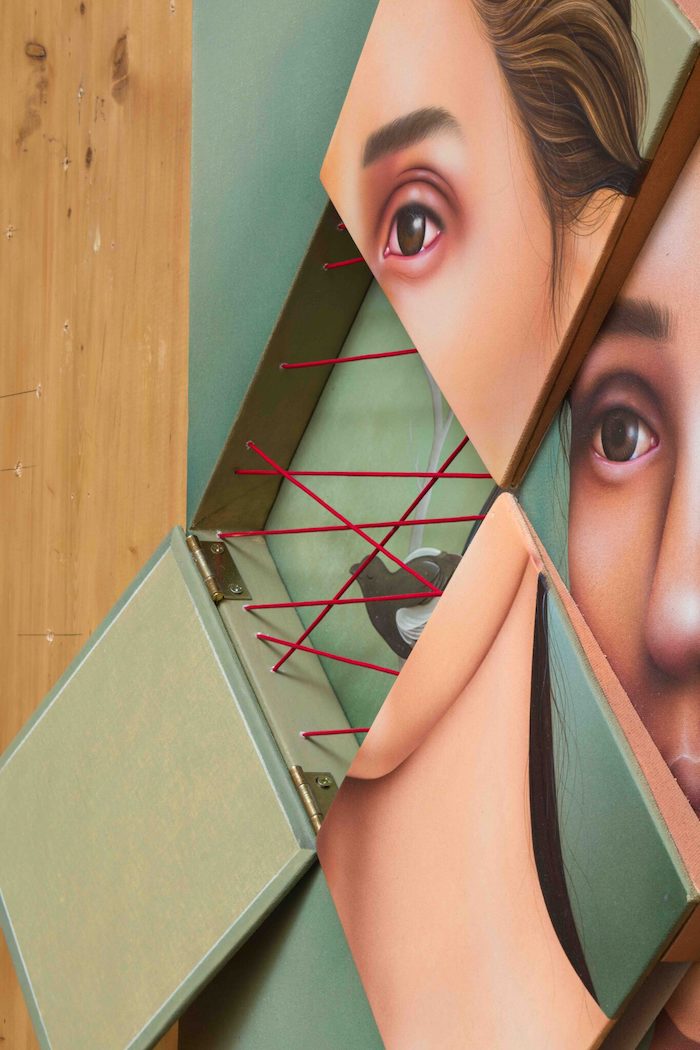 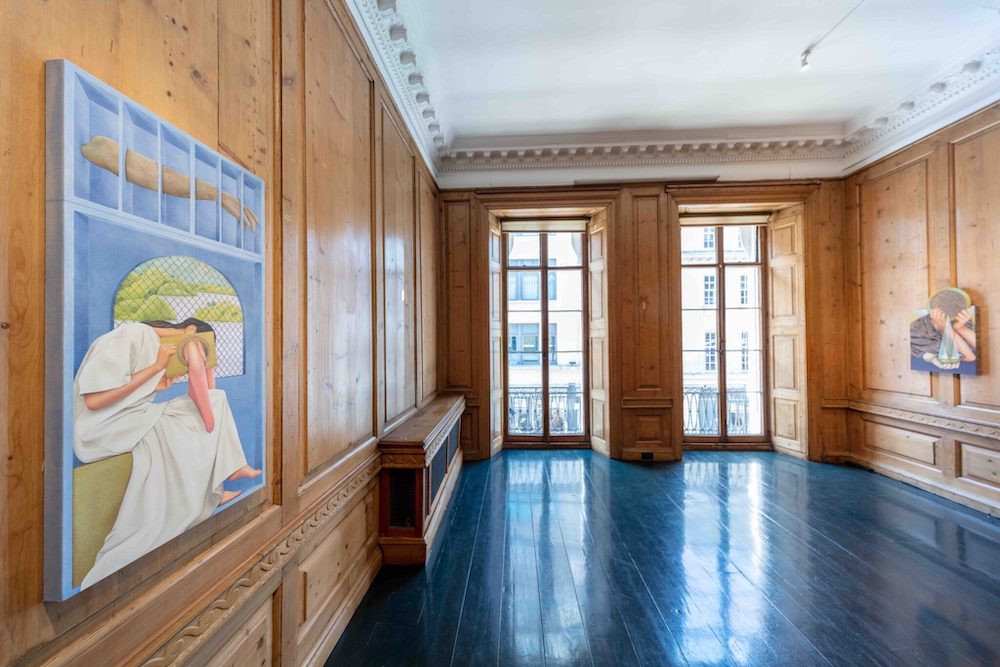 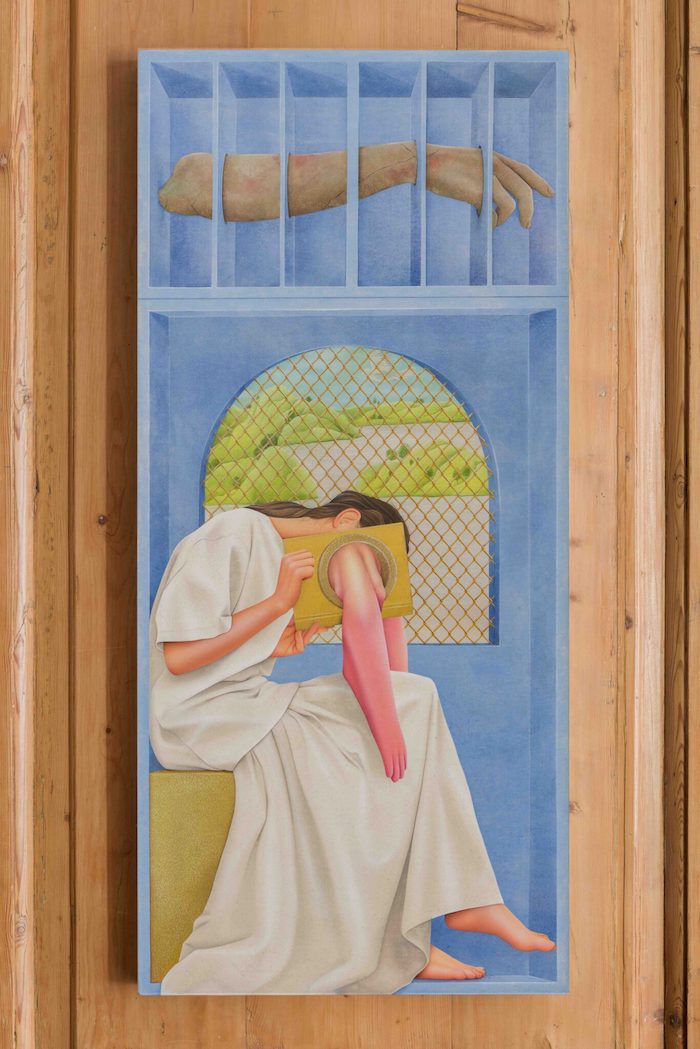 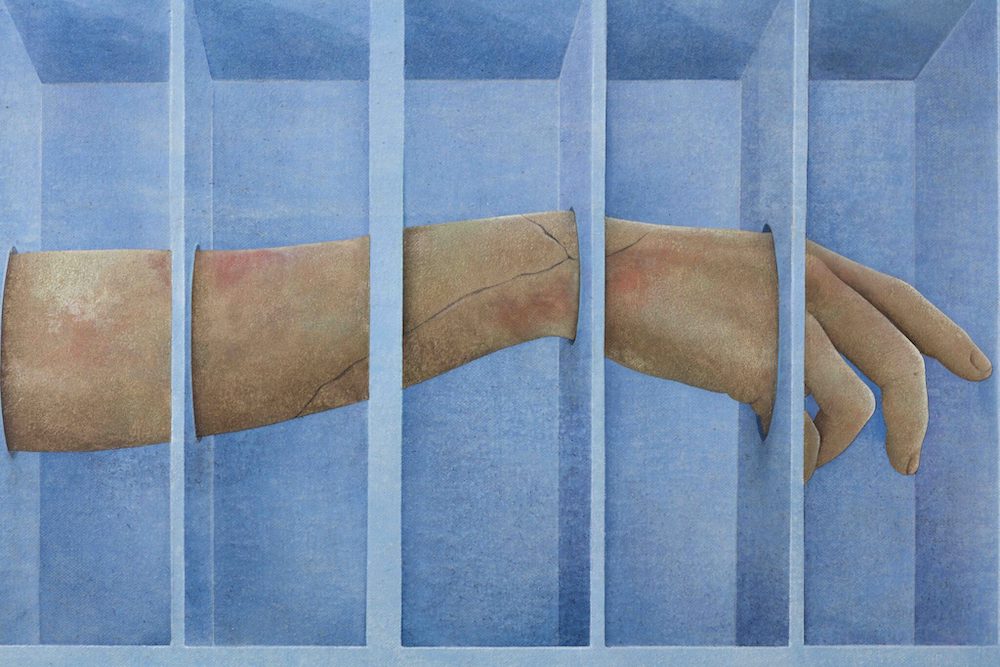 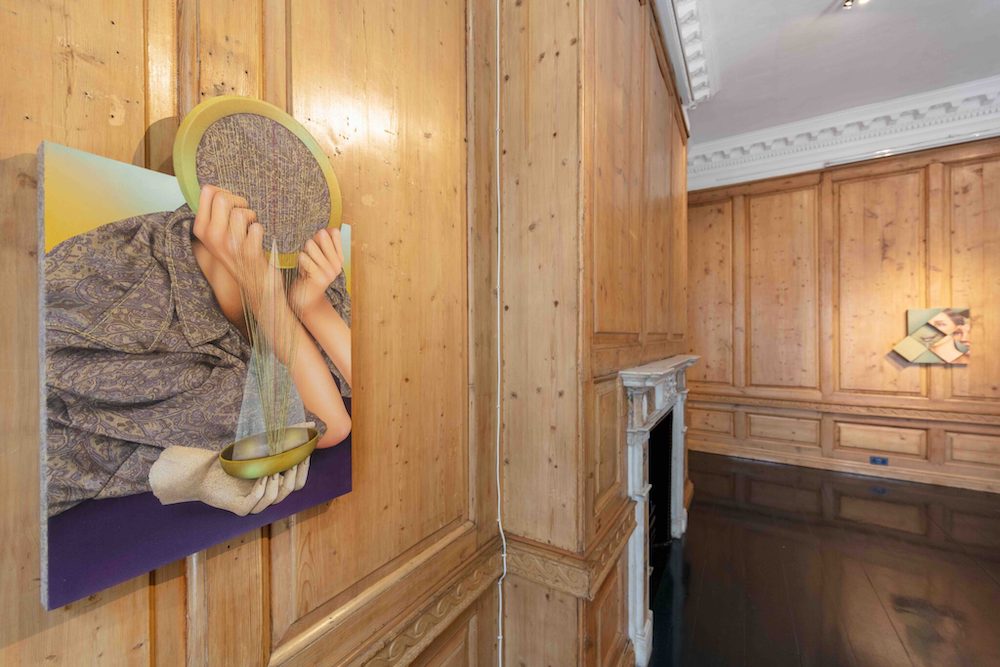 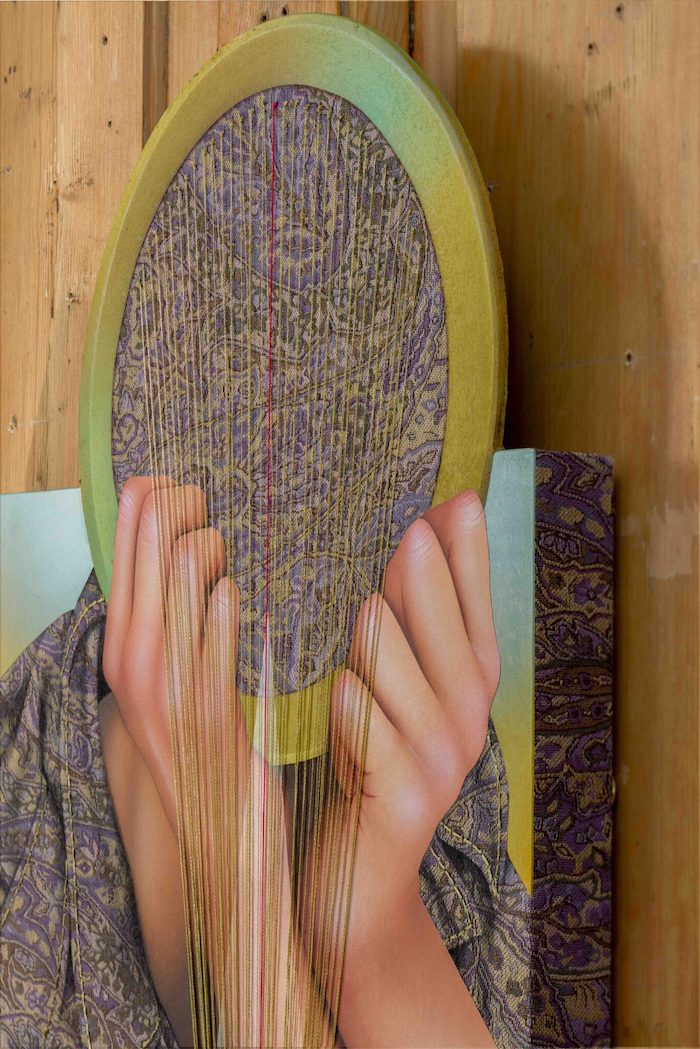 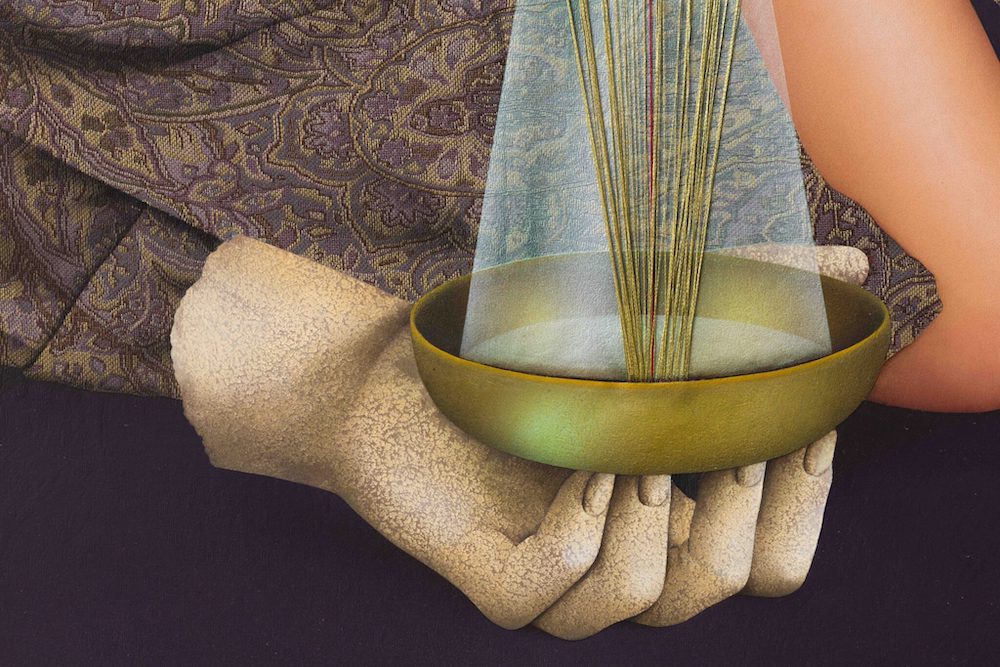 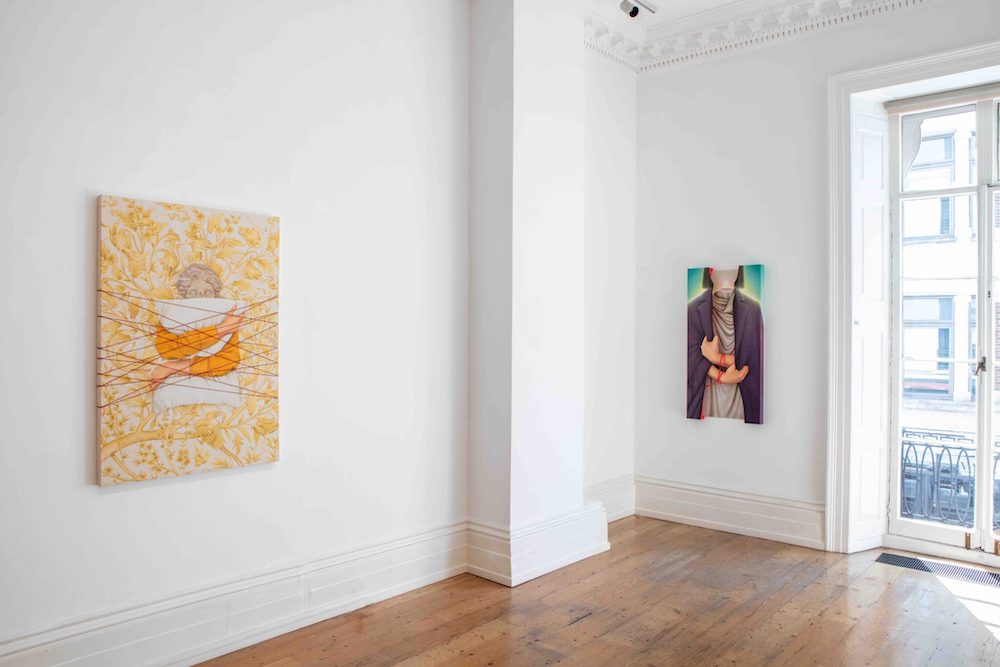 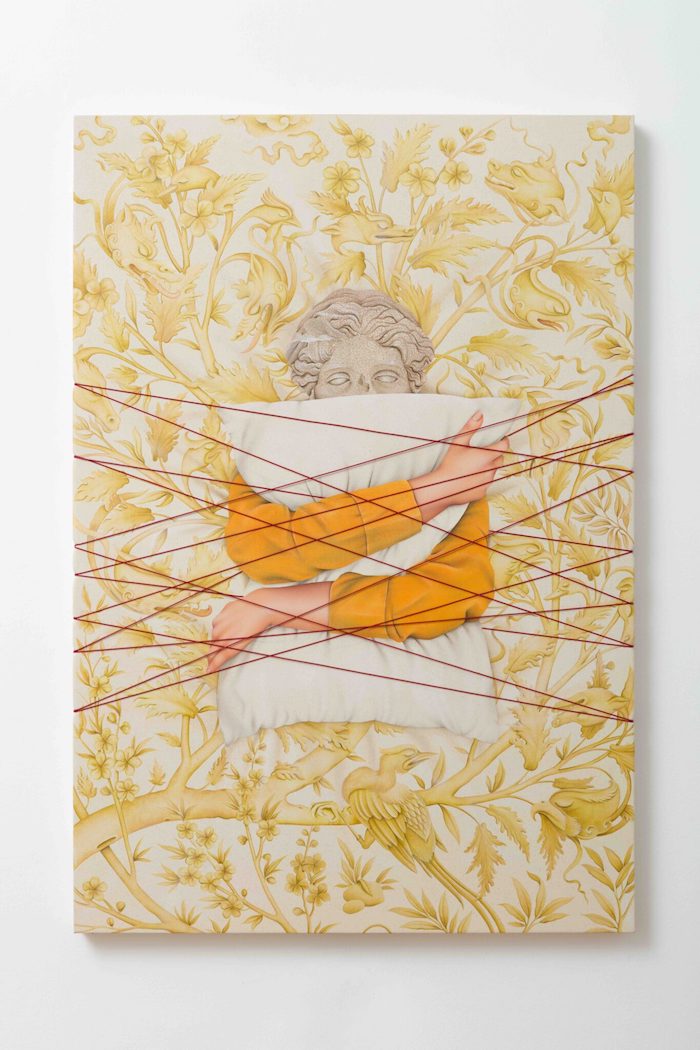 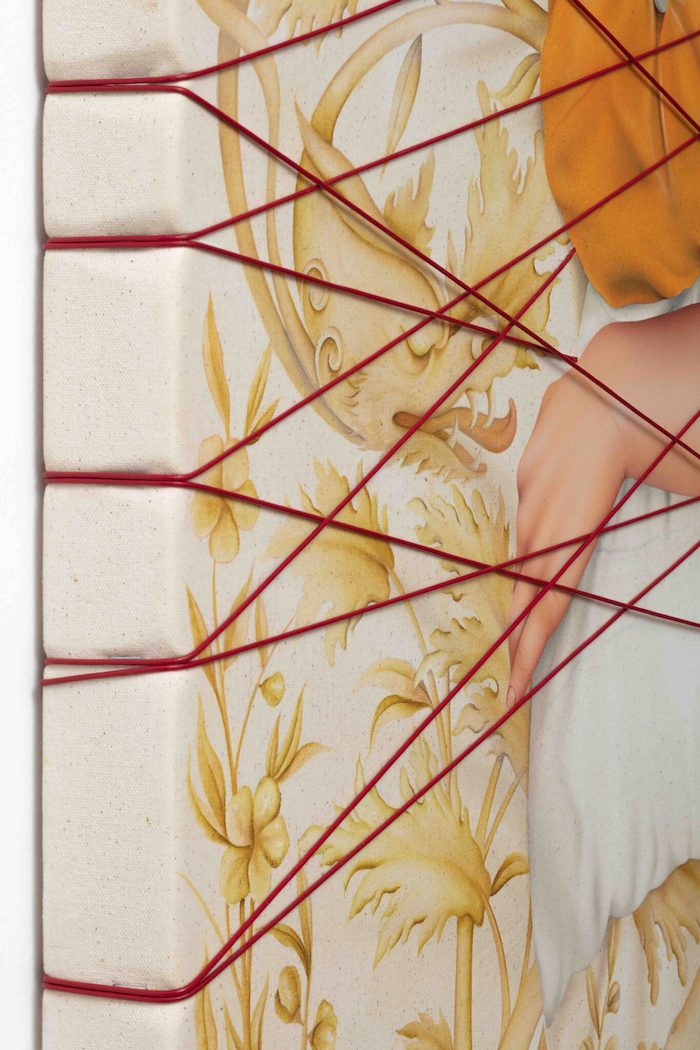 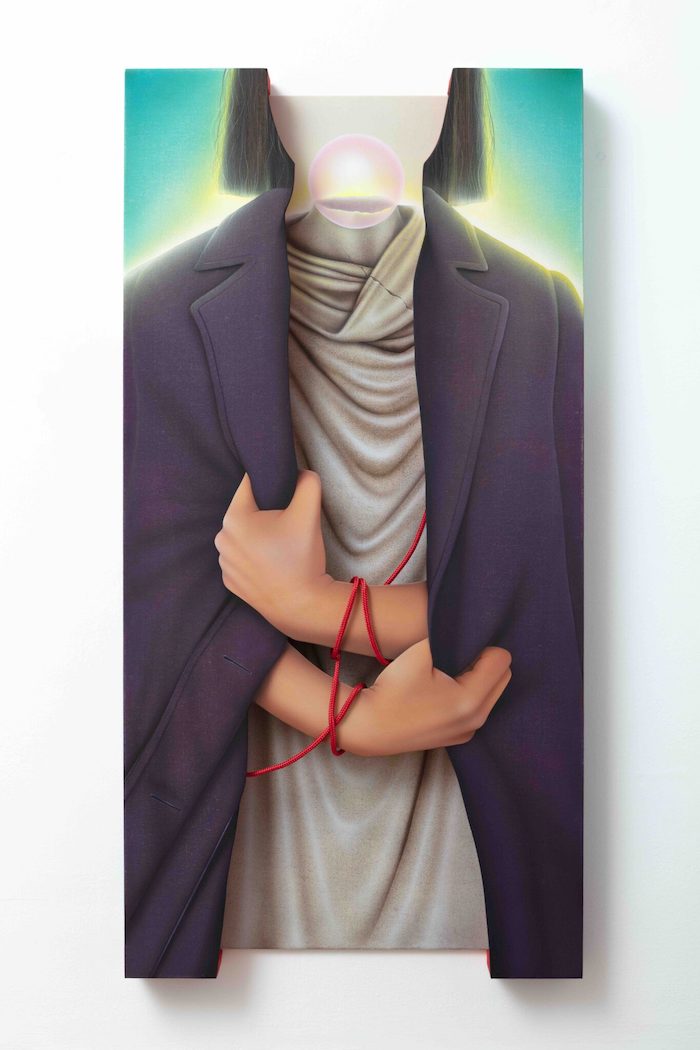 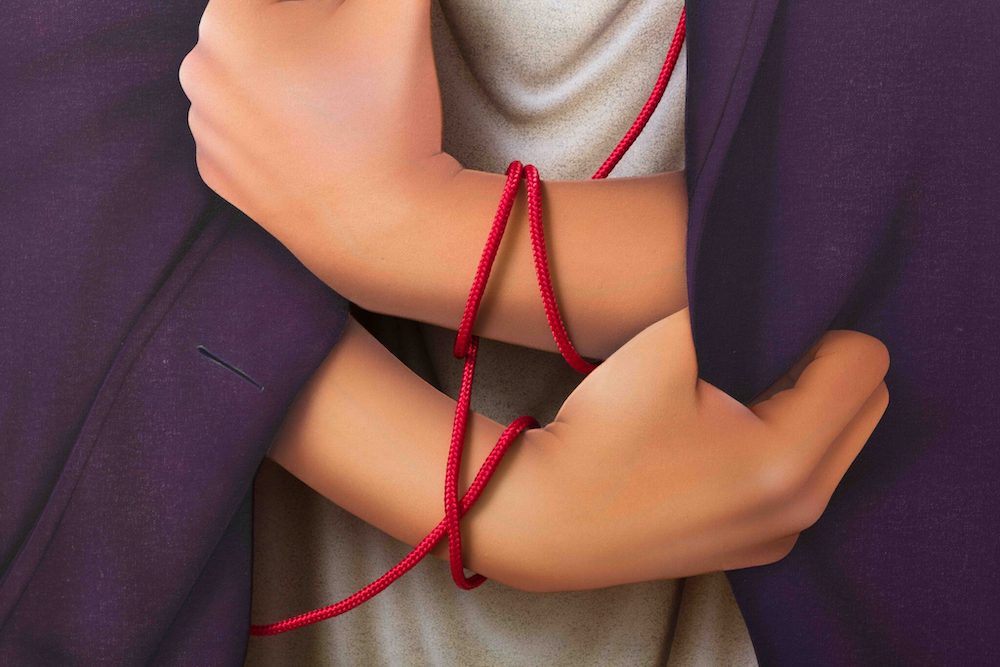 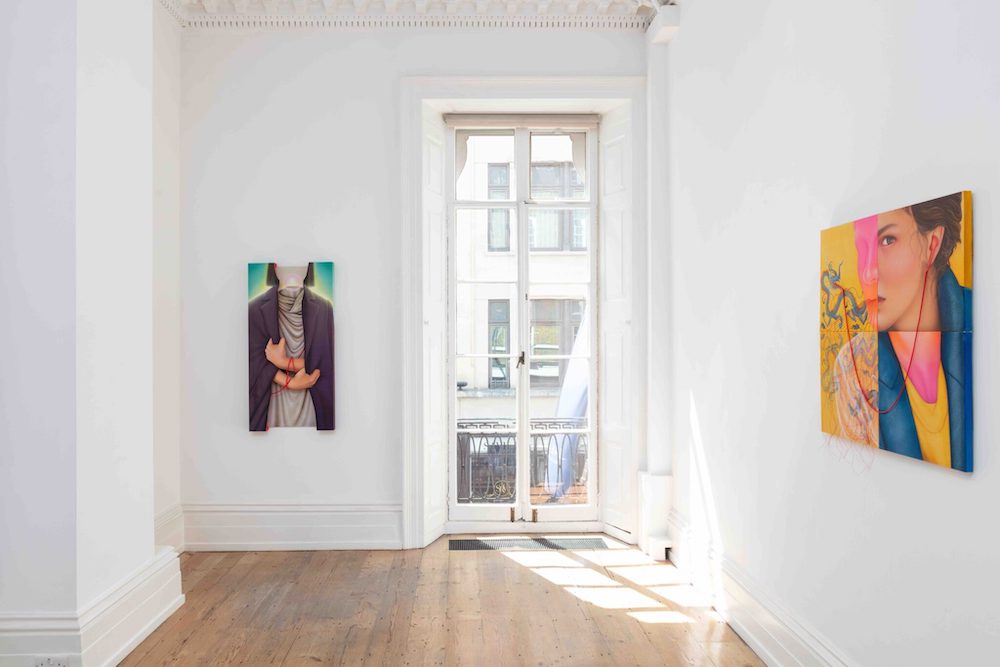 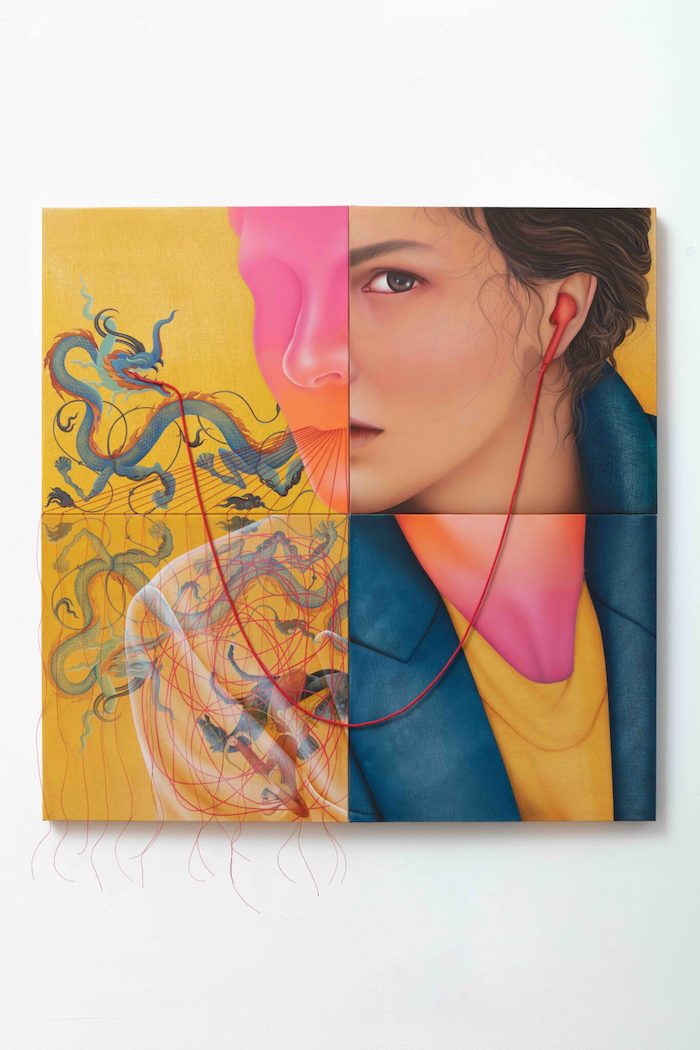 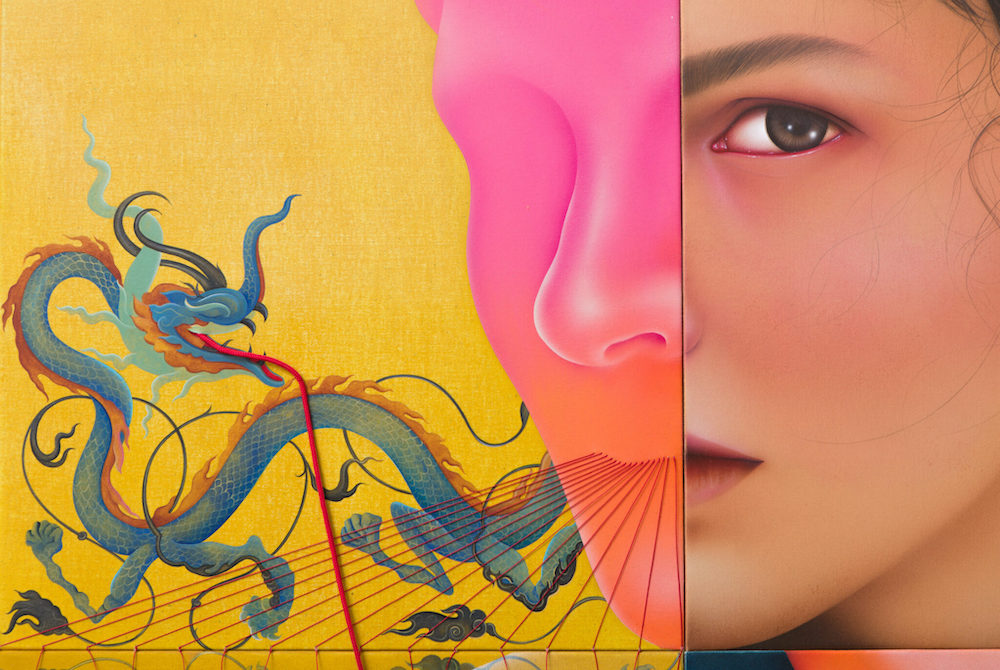 Continuing a busy year that included solo exhibitions with Rachel Uffner Gallery in NYC, M+B Gallery in LA, and Stems Gallery in Brussels, Arghavan Khosravi is currently having her UK solo debut at Carl Kostyál in London. Presenting a new series of 6 sculptural, multipaneled, mixed media paintings, the Iranian-born and US-based artist is continuing her explorations of cultural, social, and personal contradictions and tensions.

The highly effective amalgamation of materials, techniques, as well as cultural elements, symbols, and aesthetics, is a result of the artist's own effort to capture and reveal her life experience. “I was born soon after the Islamic Revolution," Khosravi explains in an exhibition statement. "My paintings describe the double life I led throughout my childhood and teenage years, adhering to Islamic Law in public (ex. being forced to wear a headscarf, to pray and recite the Quran at school), while still being able to think and act freely in private.” This literal experience of duality directly informed the urge to create works that are assembled from opposing elements held together by a tangible tension. And in this particular body of work, the connecting or dividing line is a red thread, which whether painted or actual represents “the lines drawn by theocratic power.” In between or underneath such interference the artist puzzles contemporary human figures, alongside fragments of nature, as well as classical cultural archetypes such as Greco-Roman sculptures or fabric patterns, constructing a diary of her experiences and concerns. Primarily the experience of an Iranian woman living in the US and the concerns about other women, with an accent on her fellow countrywomen back in her motherland.

And while the addition of 3d elements can quickly become a gimmick, the way Khosravi breaks away from the traditional flatness and square format harmoniously compliment already intriguing visuals. Sometimes adding interactive elements, such as an opening in Let me talk, 2020, or expanding and distorting the format of the work in Insomnia, 2020, or The Glow, 2020, she successfully underlines the reality and the intensity of the issues her work is speaking of. In combination with a realistic, yet softened rendition of the characters and other elements, the imagery is literally rising from the flatness of the surface of the canvas urging the viewer to read into it and understand its storyline. Dominated by female subjects the majority of Khosravi's oeuvre is speaking of Iranian women, but differently than how they are popularly portrayed. "I’m not interested in just showing Iranian women as victims because there is this general idea through the media which sometimes is distorted or not quite accurate. I hope that with my paintings I can change that image," Khosravi mentioned in her recent interview with Artnet. Shapeshifting, wrestling the aforementioned red lines, or depicted as mysterious yet strong figures, these contemporary muses are suggesting a change that won't take place without them setting it off. —Sasha Bogojev