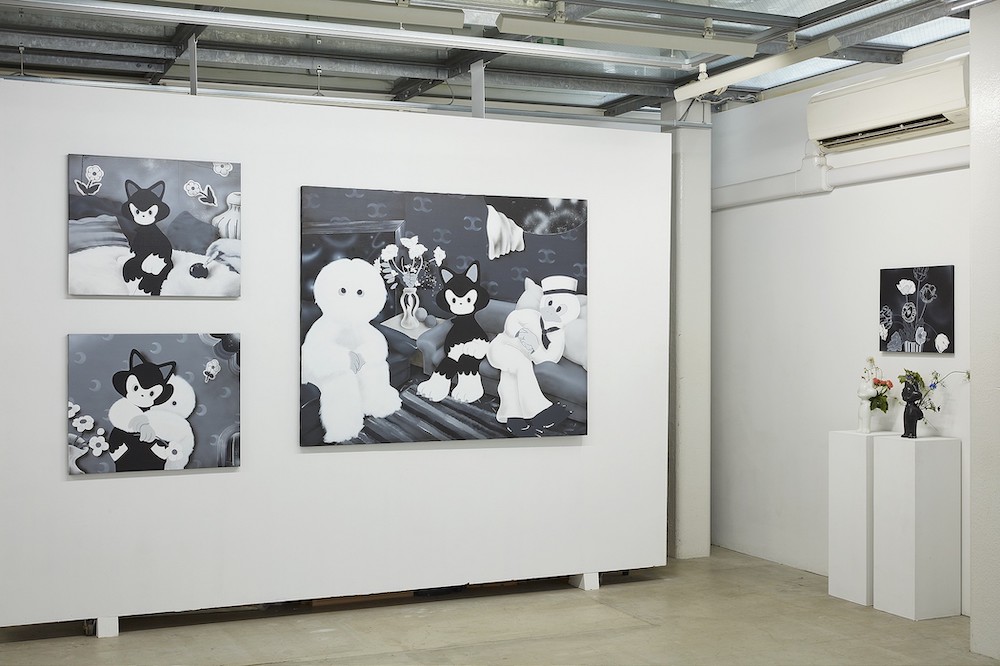 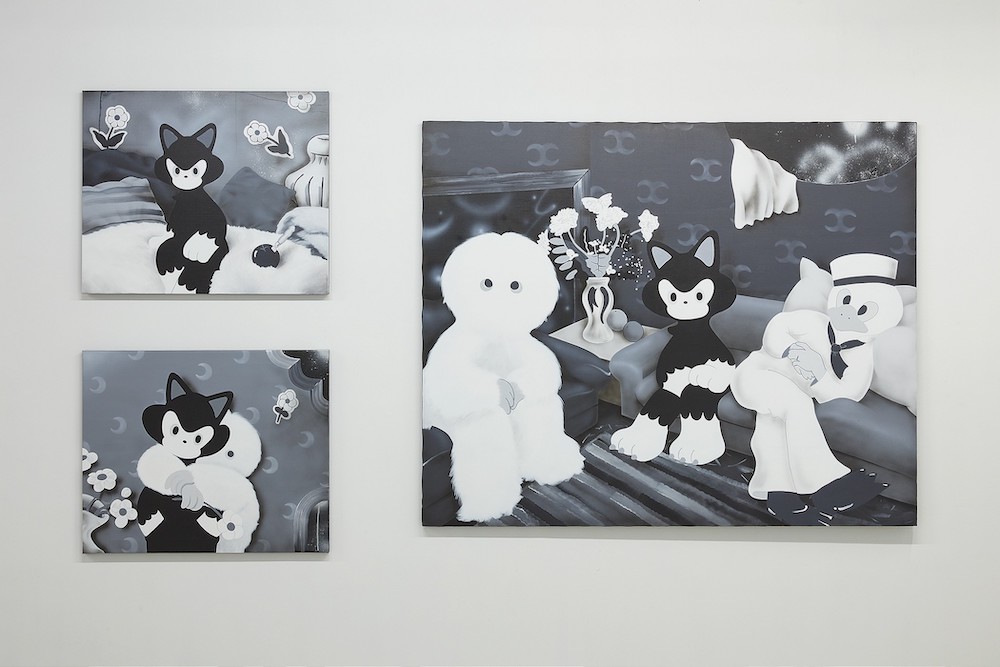 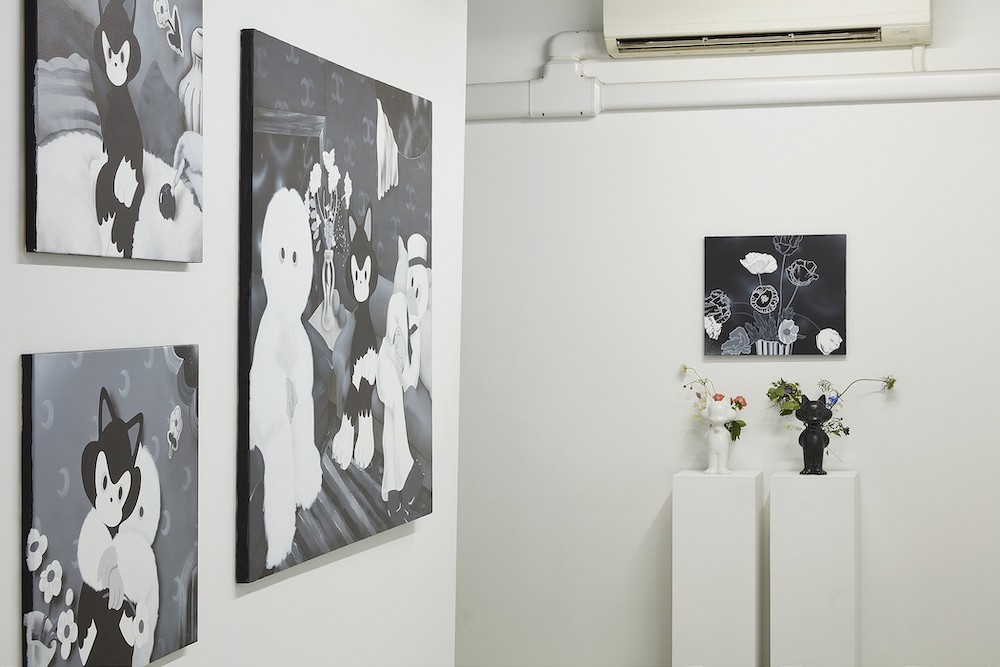 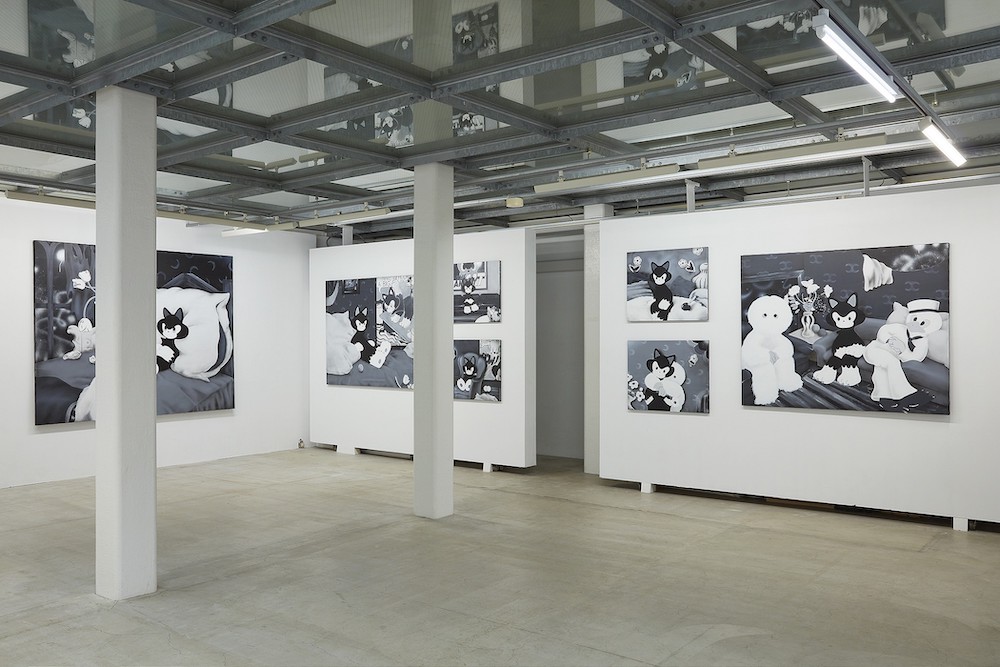 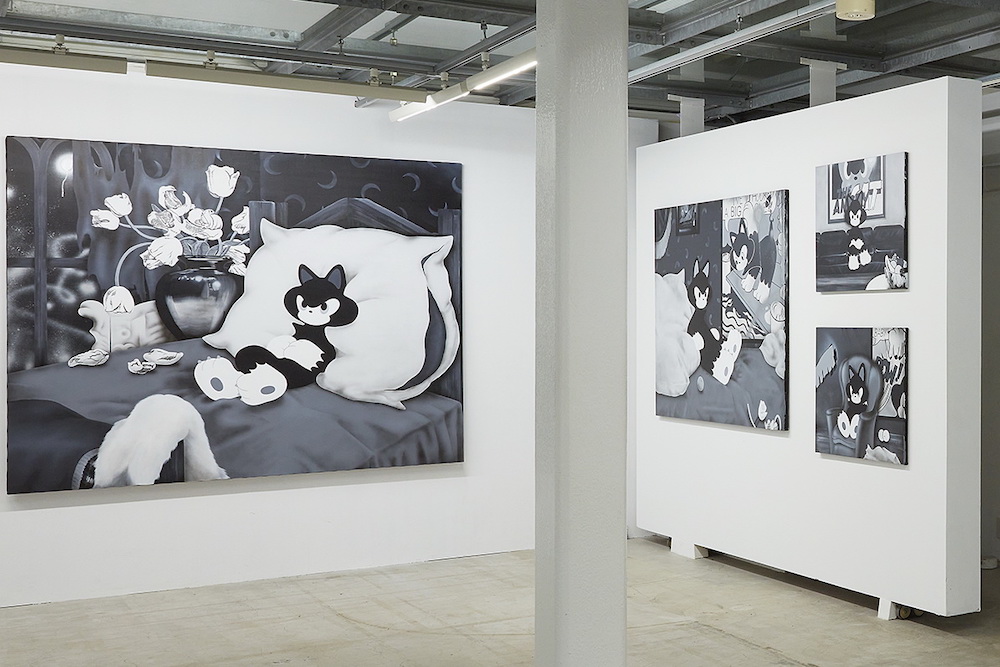 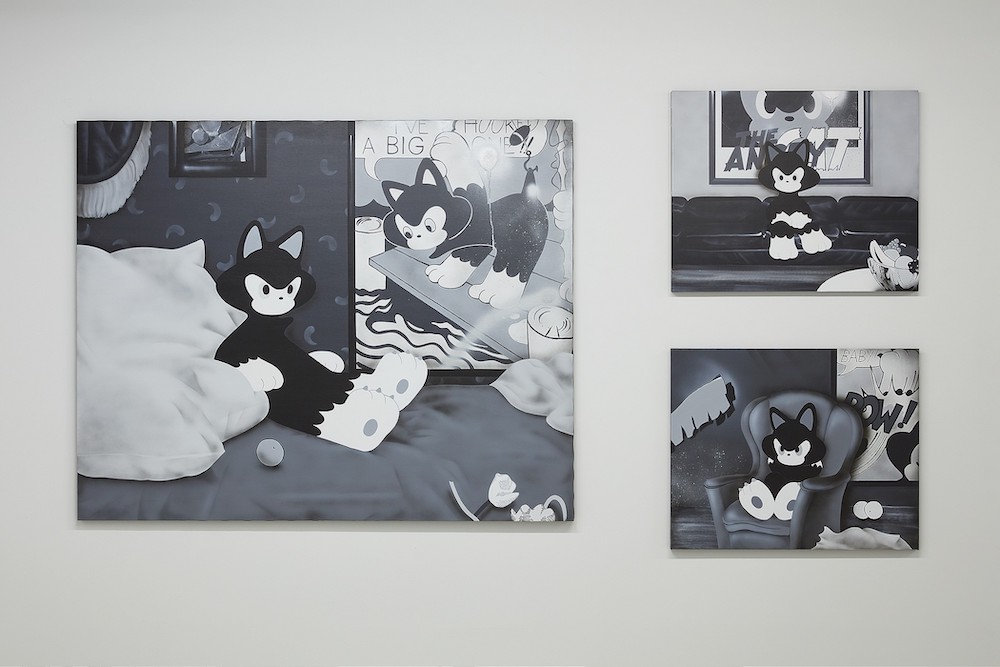 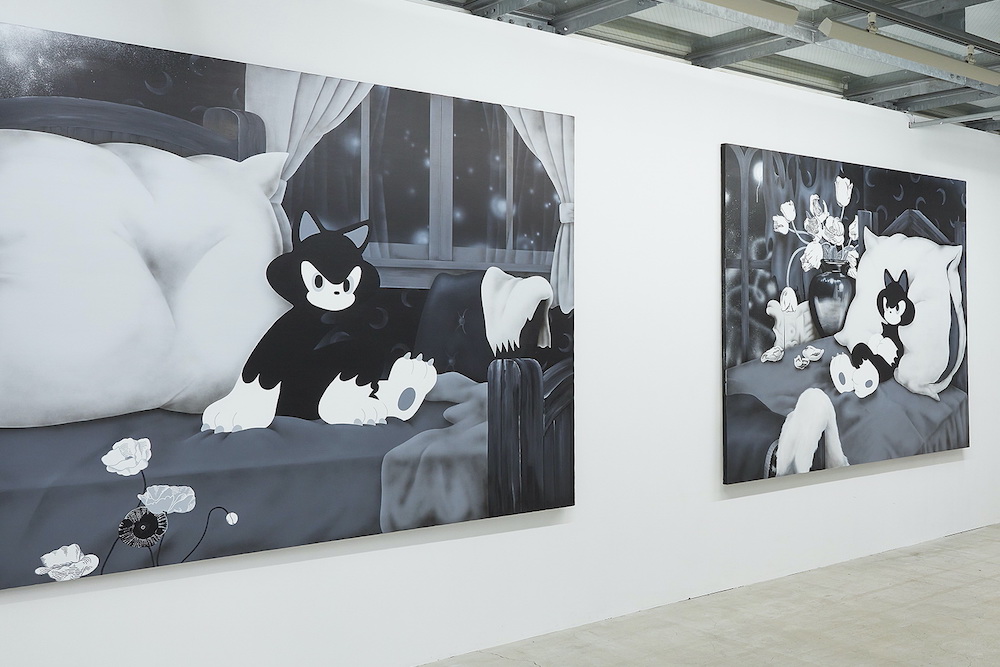 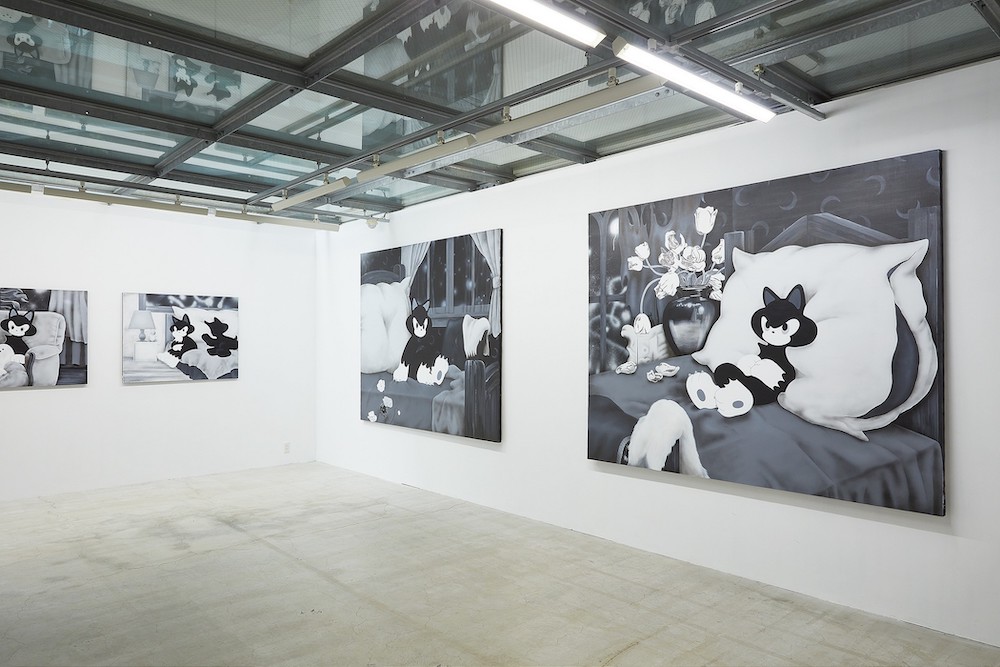 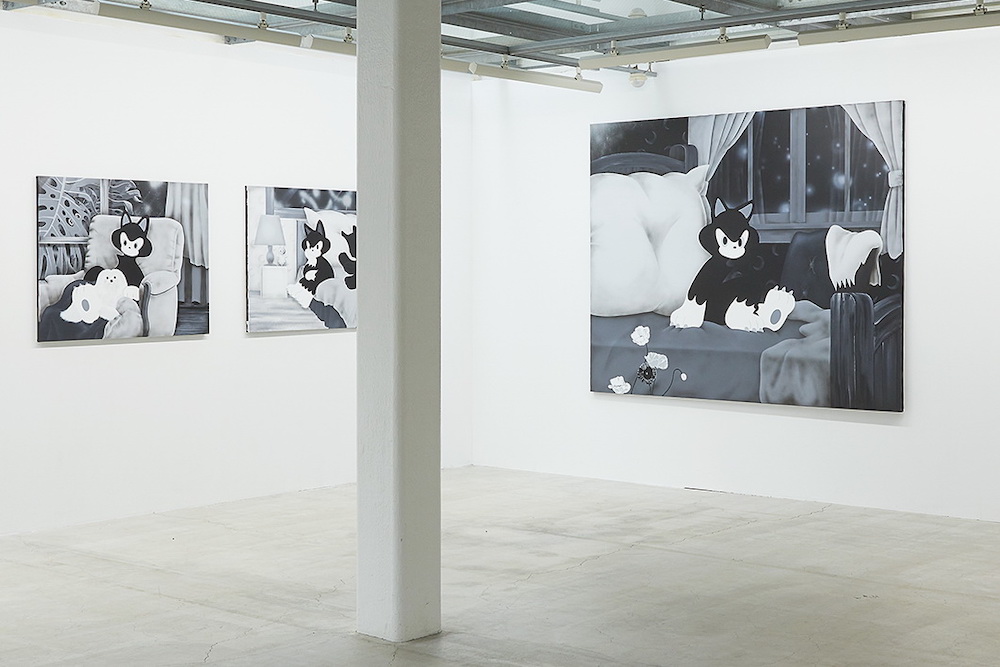 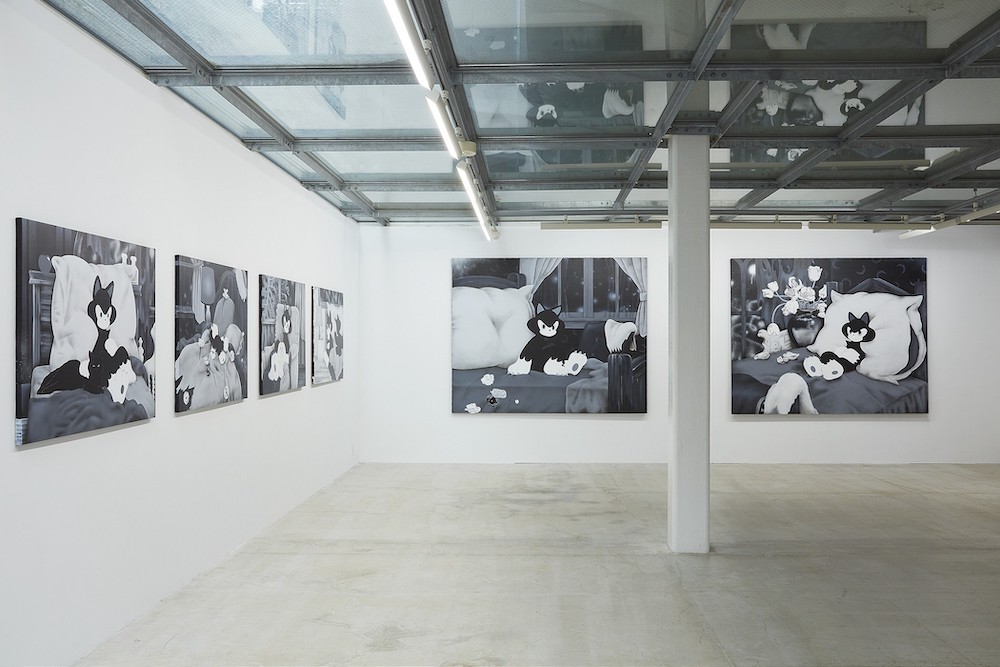 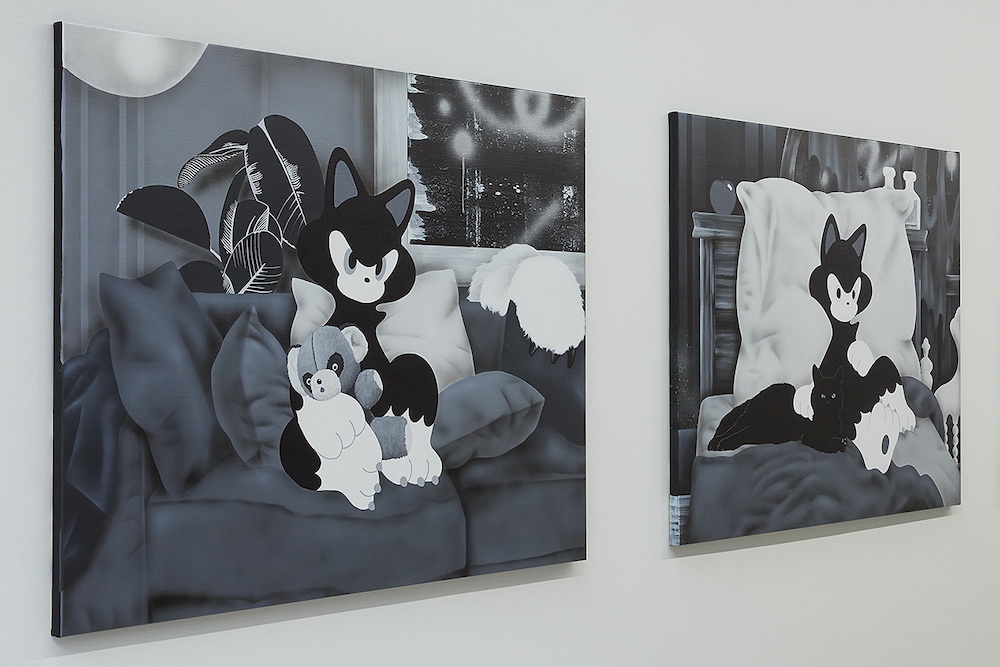 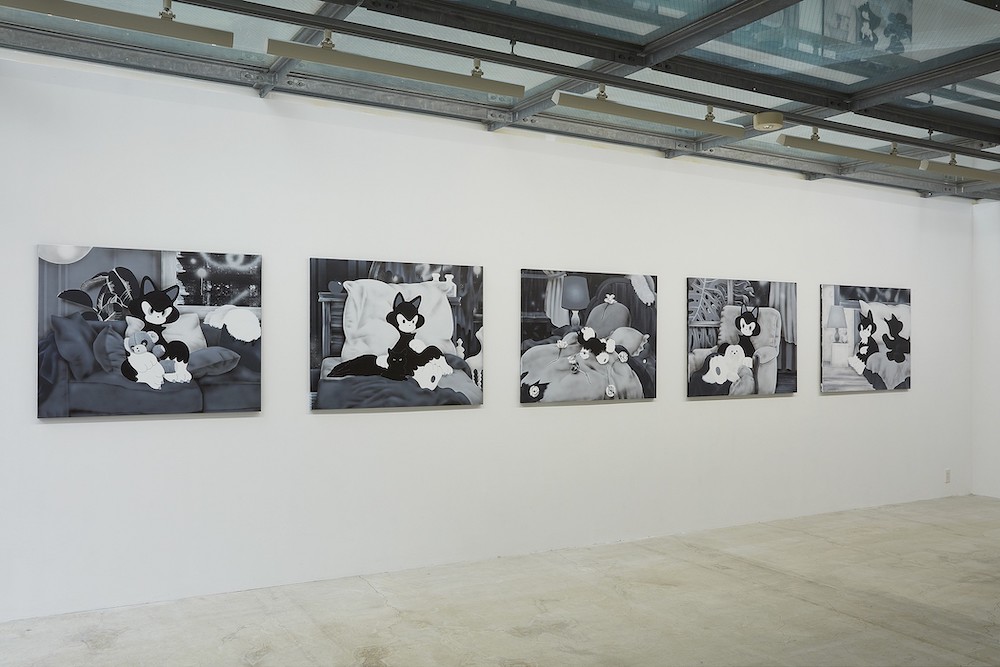 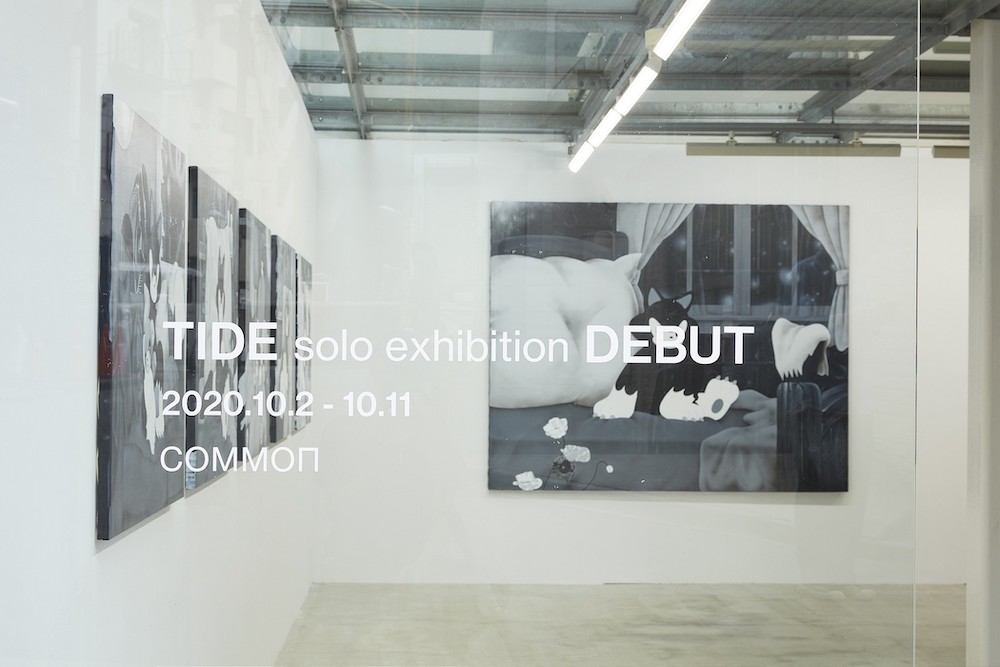 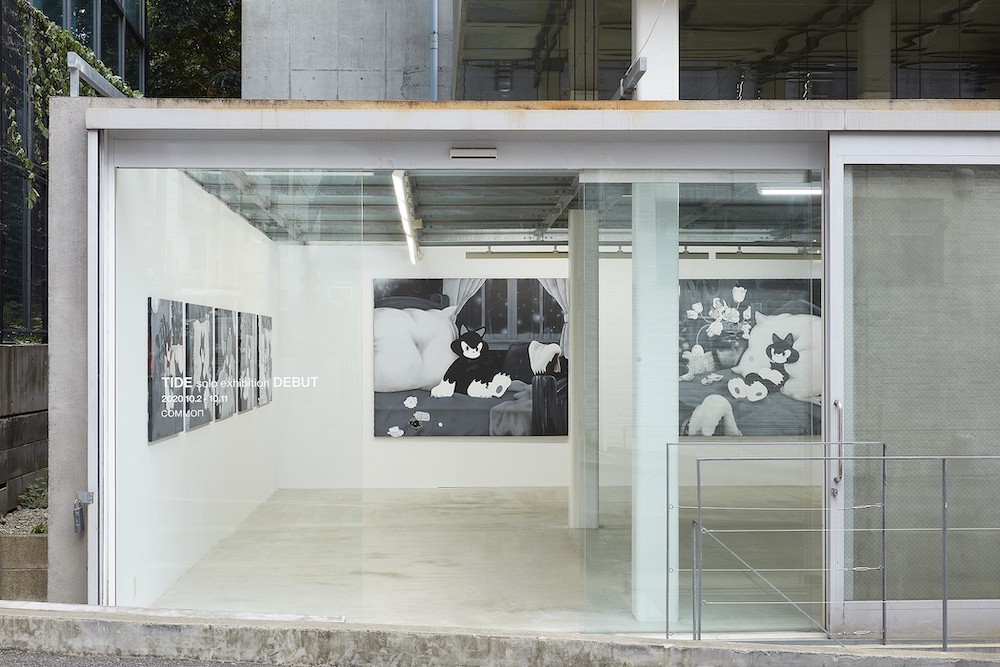 TIDE has arrived after  years of working under the moniker Ide Tatsuhiro, and the new pseudonym is an apt change for the Tokyo-based artist who recently celebrated his first solo show Debut at Tokyo's Gallery Common by showing large scale canvases and porcelain sculpture editions for the first time.

The unmistakable protagonist is his signature cat character, “ a random gathering of anime and manga characters that I used to watch in my childhood. Every time I drew it, it was distorted and now it settled down to the current shape. There is no gender difference." Working exclusively within a monochromatic spectrum, the visuals instantly and easily evoke the aesthetic and setting of classic 1920s-era cartoons. While the main subject and occasional partners are simply flat, monochrome and two-dimensional painted with bold lines and solid colors, they are surrounded with an abundance of brushwork patterns and spray paint marks. Such a blend of styles and techniques usher a contemporary look. "There is no story that the work is based on," the artist told us. "Despite the fact the cats look almost the same, all of them are different and their houses’ backgrounds are also different."

While the images appear innocent and playful at first,  countless elements creep into each painting with a spooky sense of unease. "The cats have a stranger and more mysterious vibe behind the typical cartoon image, such as ghosts and monsters," TIDE explains. This continuous play between the light and dark, playful and serious, relaxing and unsettling, pervades the ostensibly calm and comfortable domestic interior setting. The placement of the character onto pillows, beds, sofas and chairs invites the viewer to observe an intimate surreal scene, both comforting and alarmingly disquiet. ——Sasha Bogojev