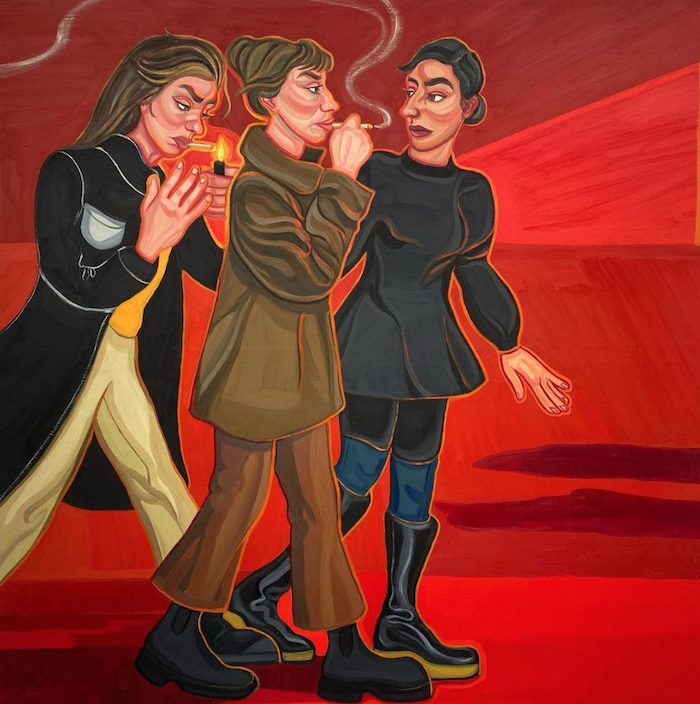 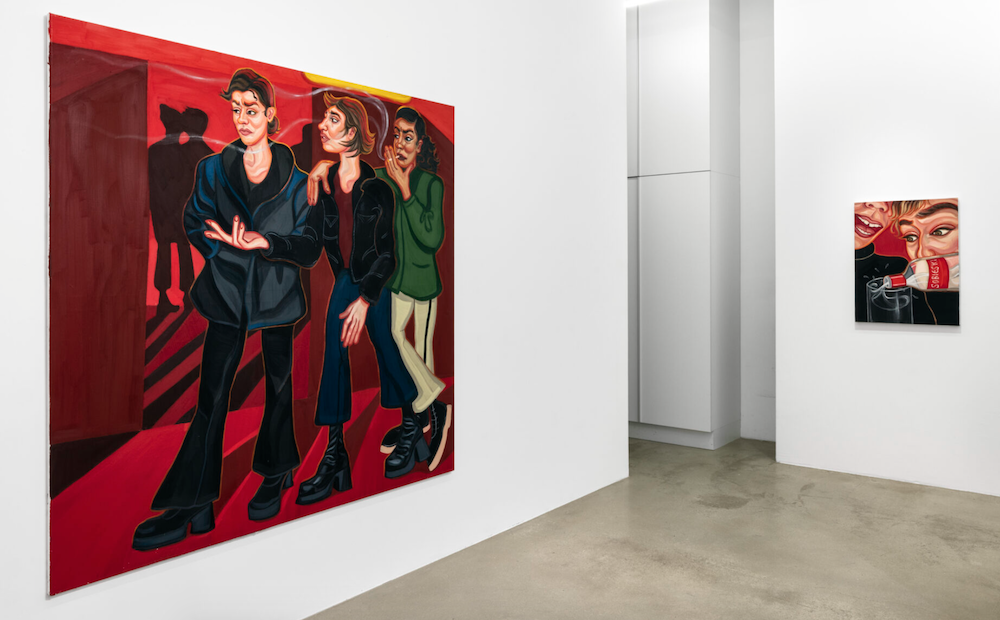 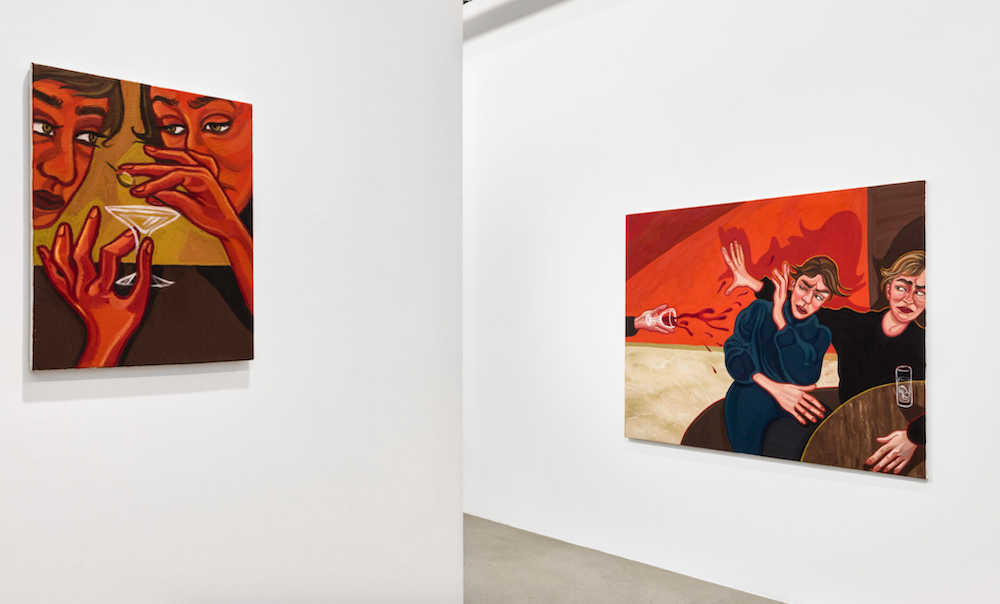 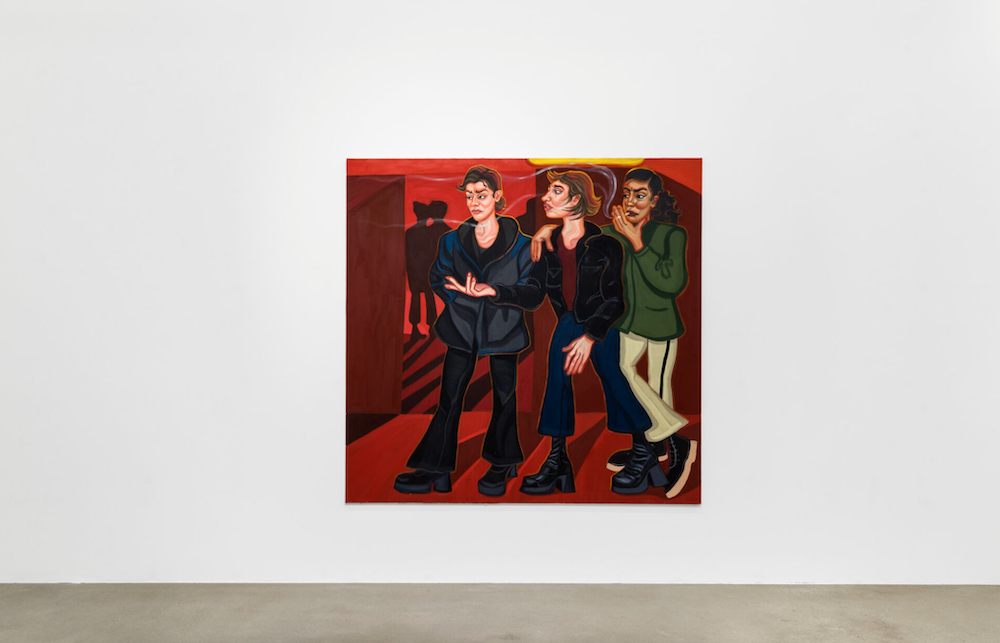 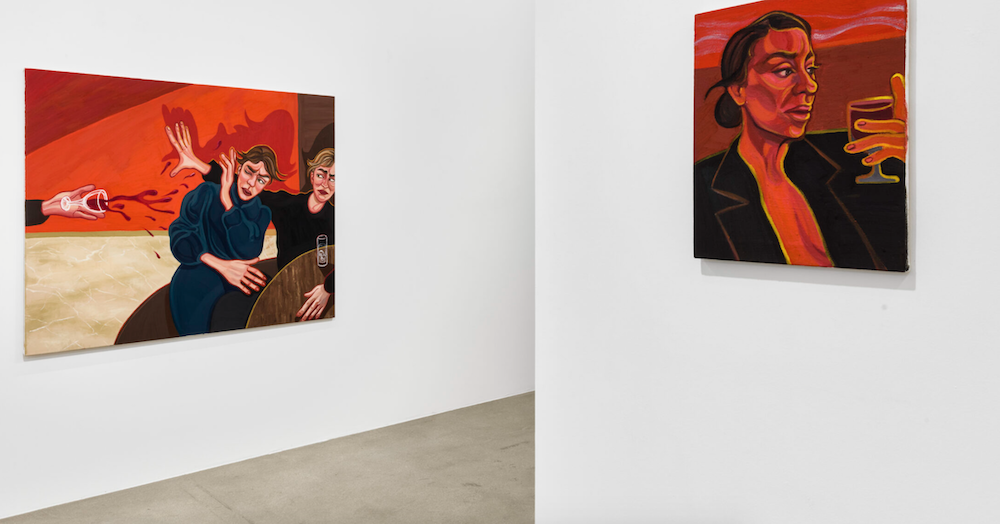 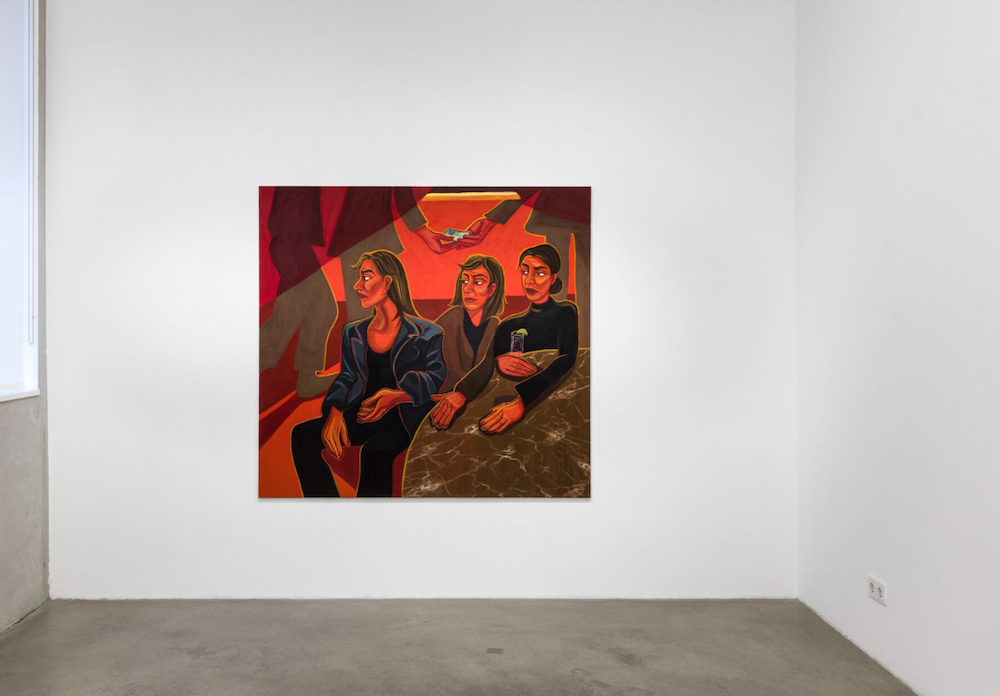 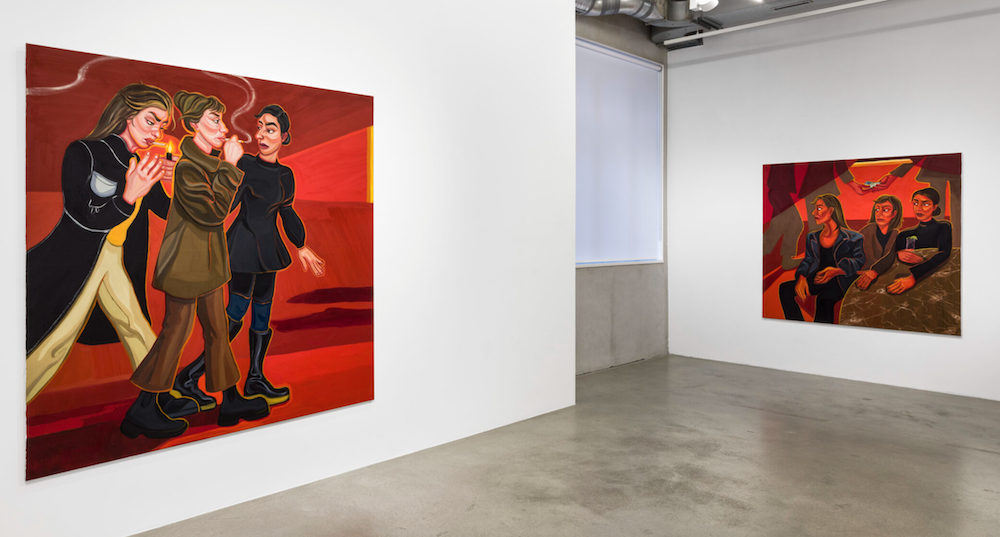 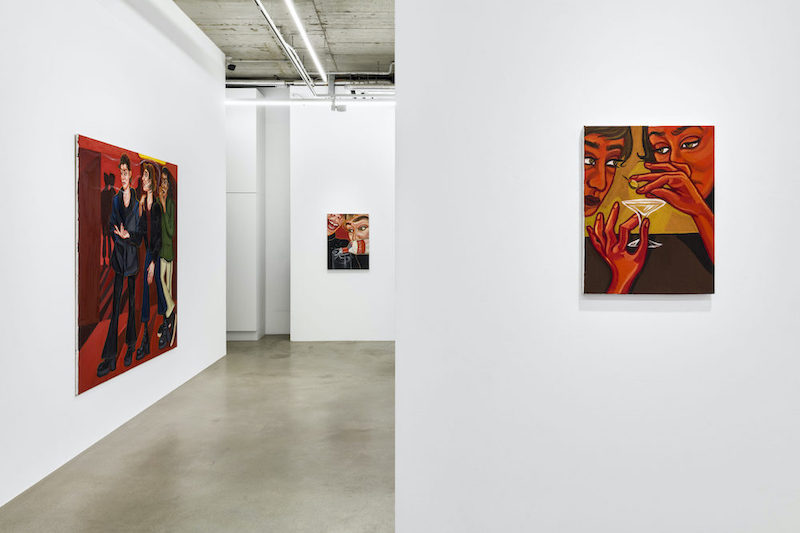 "A character that is portrayed looking into an ambiguous background or distance undoubtedly has a story to tell," Ania Hobson told Juxtapoz in a Spring 2021 feature, "and I like to invite the viewer to enter that internal narrative." Hobson's eye for a scene, to create ambiguity and yet purpose in a portrait or setting an almost film-like screenshot, has drawn her praise and awards. These aren't mearly portraits, but moments in time that cinematically grown from the canvas with noirish intrigue. The characters have a toughness to them, a rawness that feels honest. But with the bold use of red and black, the way the cigarette smoke lingers and the red wine seems to pass from work to work, creates a narrative. (Listen to our Radio Juxtapoz conversation with Ania below.)

This fall, SETAREH X in Düsseldorf, Germany has opened I See You, a solo show of new works from the now London-based Hobson. The gallery notes that "Hobson’s paintings enable the recognition of something close but distant, familiar but unknown, plausible but delusive." That is what draws the viewer closer, a sense of knowing but almost as if you are watcing a world just appear in front of you. You want to know what the conversations entail, why the faces are slightly in a frown, why the cigarettes seem to be smoked in a hurry. After winning National Portrait Gallery’s BP Young Artist Award in 2018 for her work, A Portrait of Two Female Painters, it seems like Hobson has become even more confident in this world that we keep calling noir, these women who seem to be in control of the scene and the world around them and making their own observations of the night or life ahead. The gallery speaks of characters that are "awareness, recognition and perception," and Hobson seems to find a solace and comfort in creating this world for them. —Evan Pricco