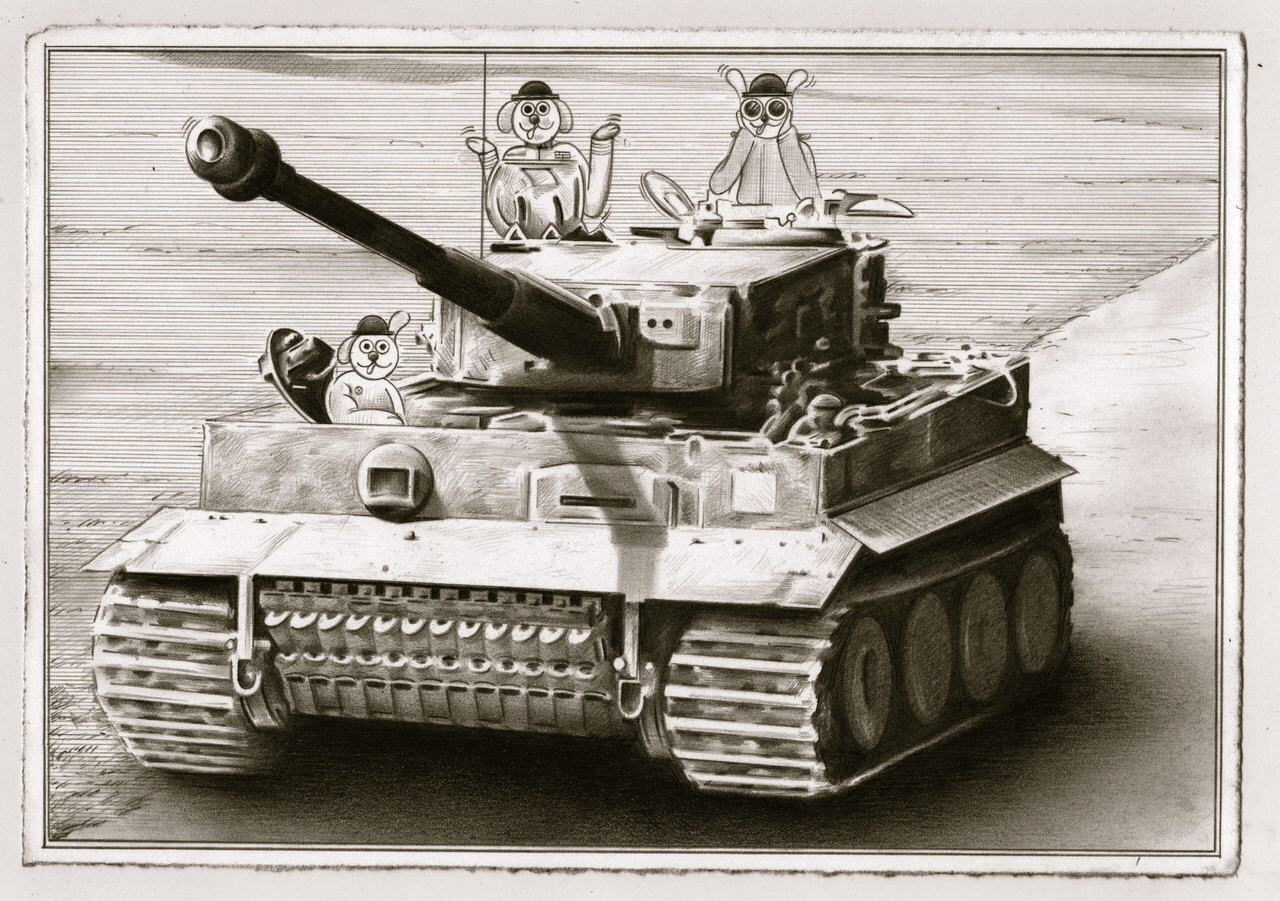 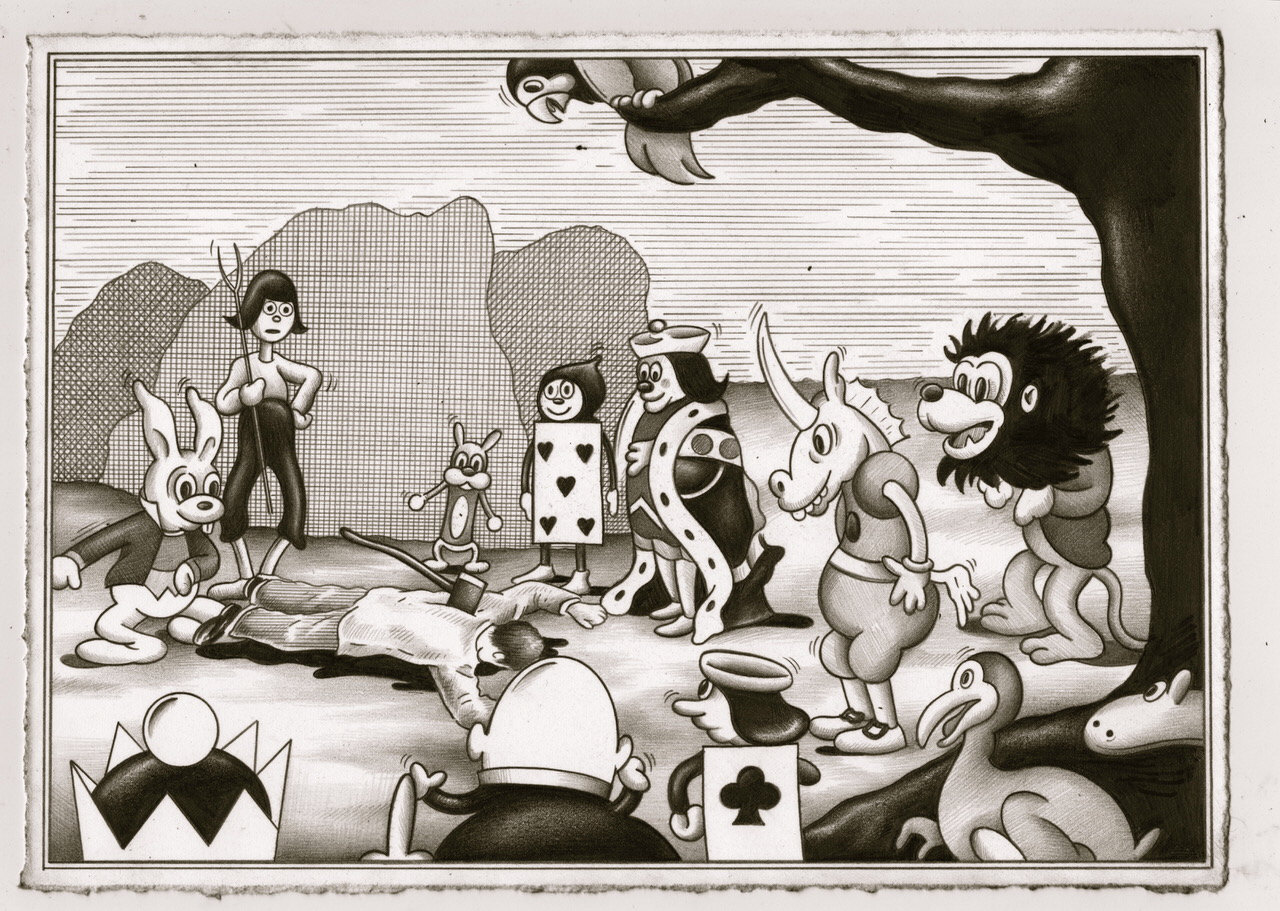 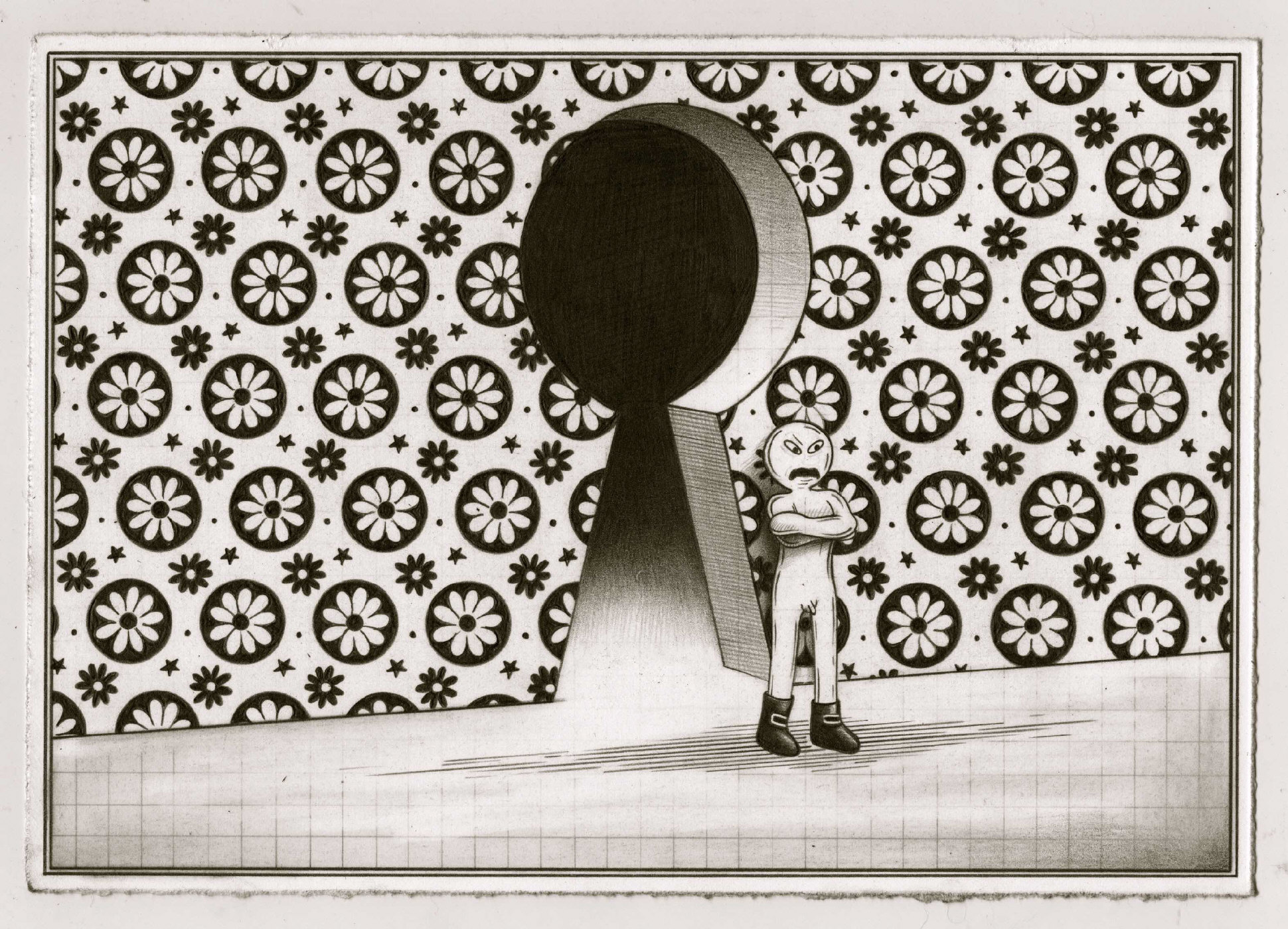 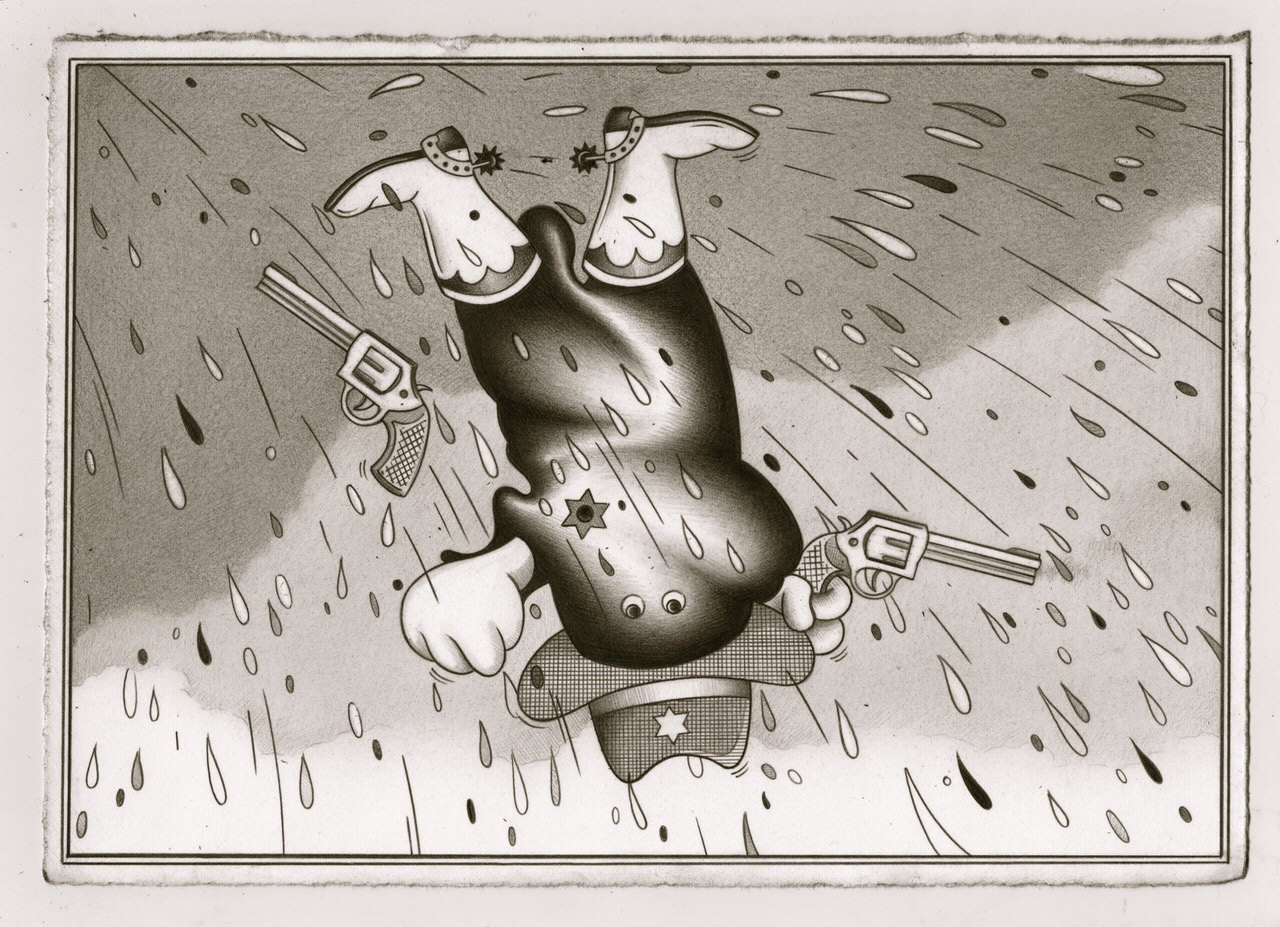 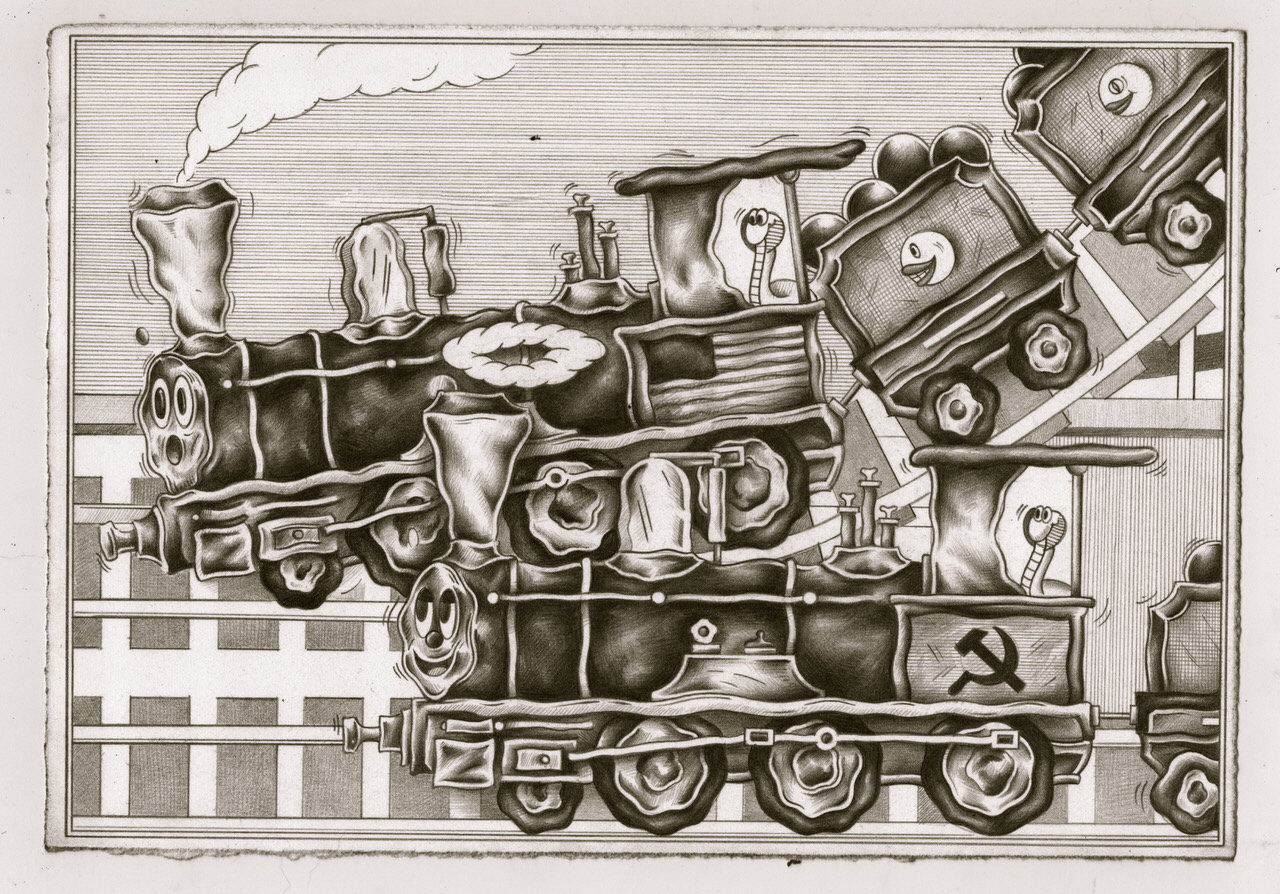 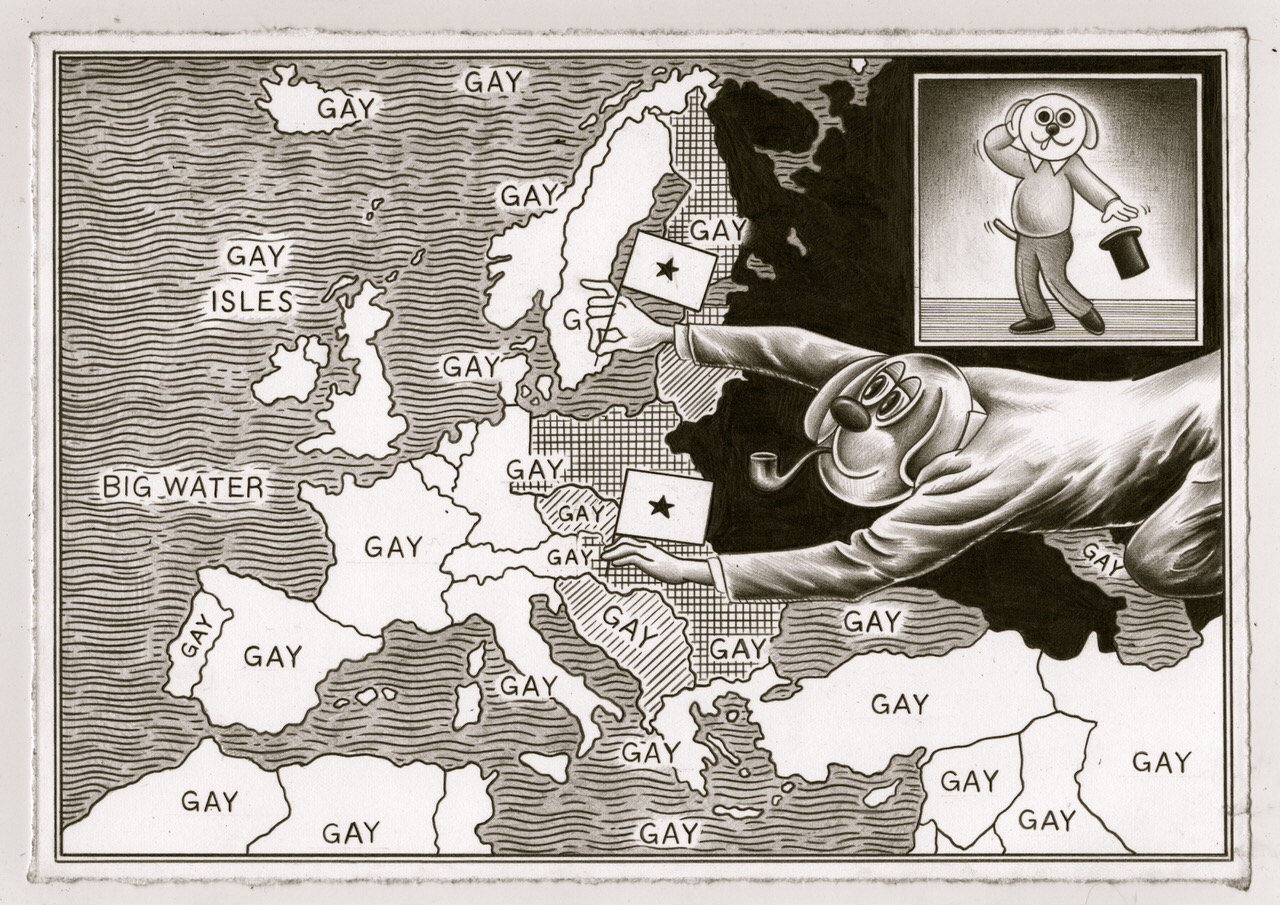 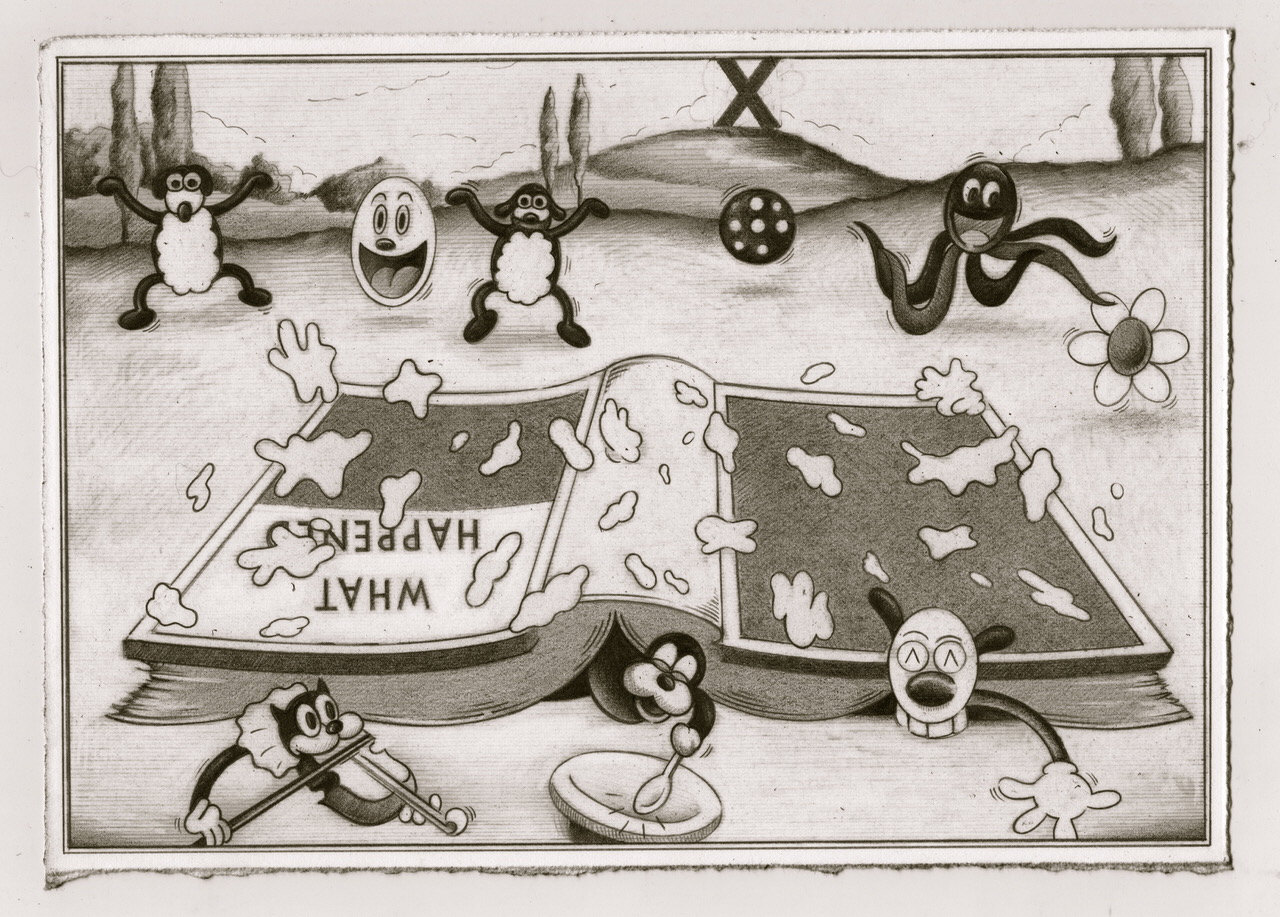 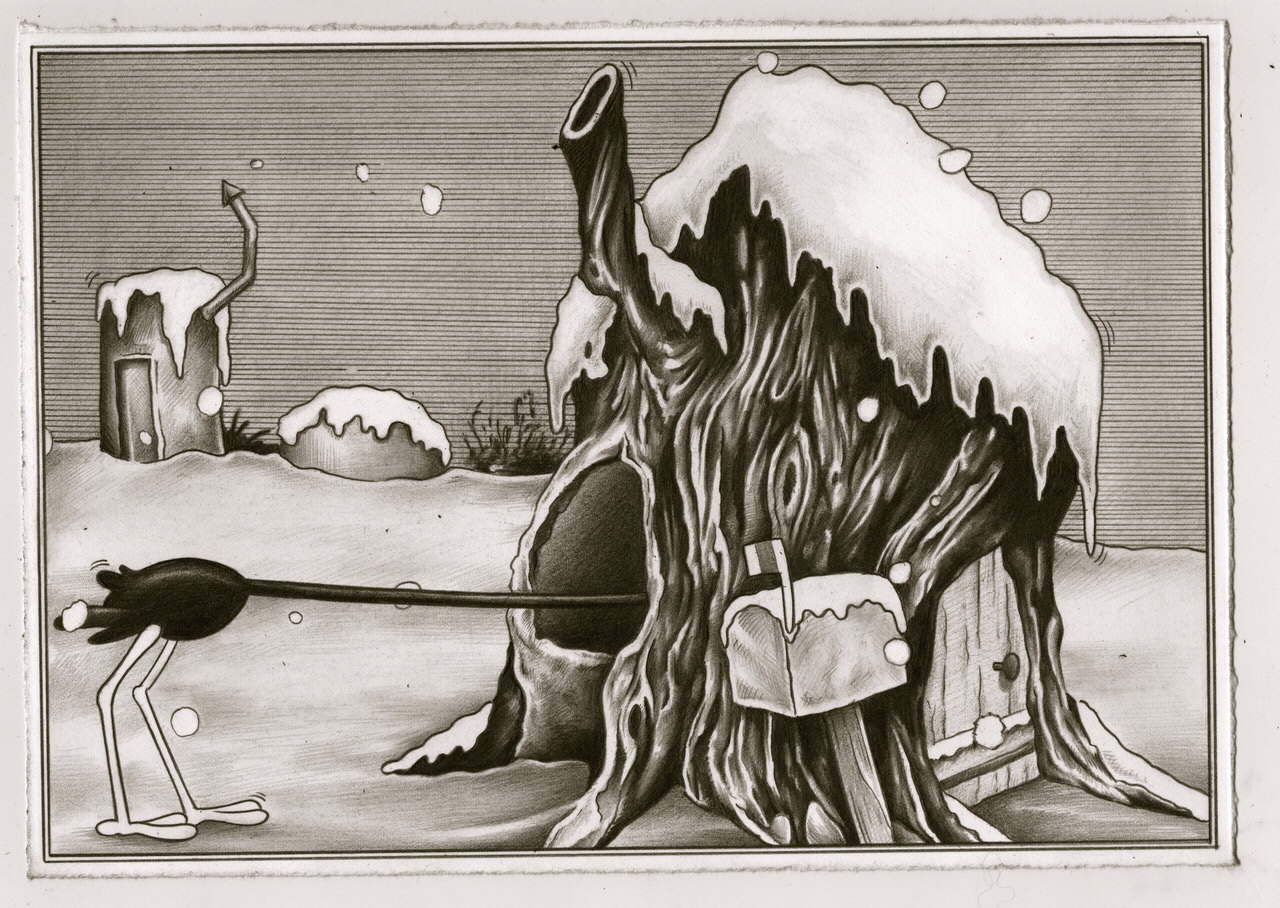 Chicago-based artist/curator Ryan Travis Christian is a stalwart here at Juxtapoz, making some of our favorite monochromatic works out there. There is a bit of classic animation style to the works, with a bit of sinister humor in each graphite work. Ryan just opened a new show of drawings, I'm Picking Up Where The California Raisins Left Off, at Richard Heller Gallery in Santa Monica, alongside a solo show by Andrew Ho.

From the gallery: "Ryan Travis Christian's surreal personal narratives are fueled by the absurdity of life in his small, suburban-Chicago hometown. The untidy lifestyles of contemporary humanity are all hanging out, including heavy petting, drugs and alcohol, beaten-up cars, fireworks and death. Christian's idiosyncratic vision — influenced by vintage political cartoons and hand-drawn animation­ — has recently expanded to include commentary on current crises in the nation and world at large. Tackling hot political issues such as immigration, depression and the American dream, Christian's historical precedents become a mirror reflecting many common concerns of the present, warts and all. His small daily drawings touch upon a vast array of topics — the economy, violence, the environment, gender, class, hope, doubt, and the afterlife — as they muse on the technological and material obsolescence of his cartoon and animation influences; Christian doubles down on the paradoxical relationship between childish cartoons and ominous messages."

I'm Picking Up Where The California Raisins Left Off will be on view through June 9, 2018.