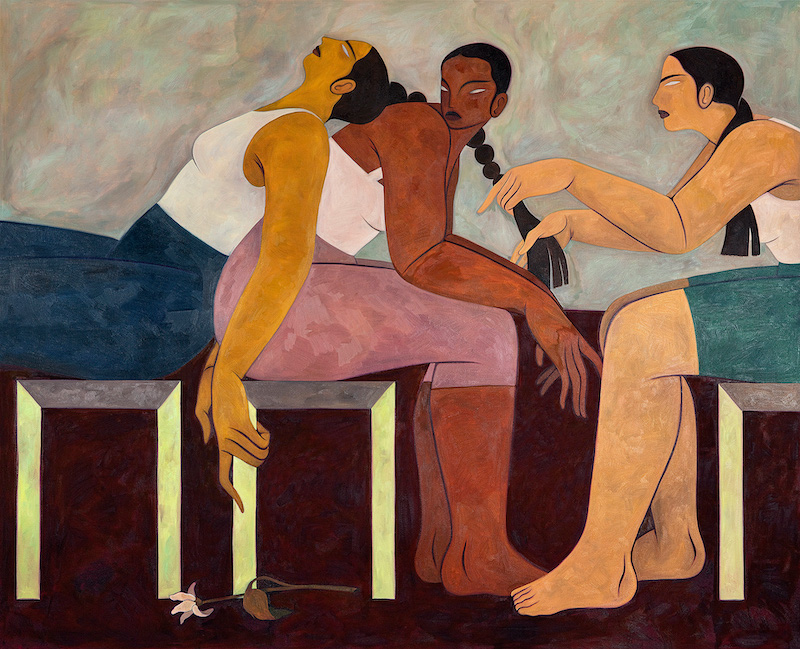 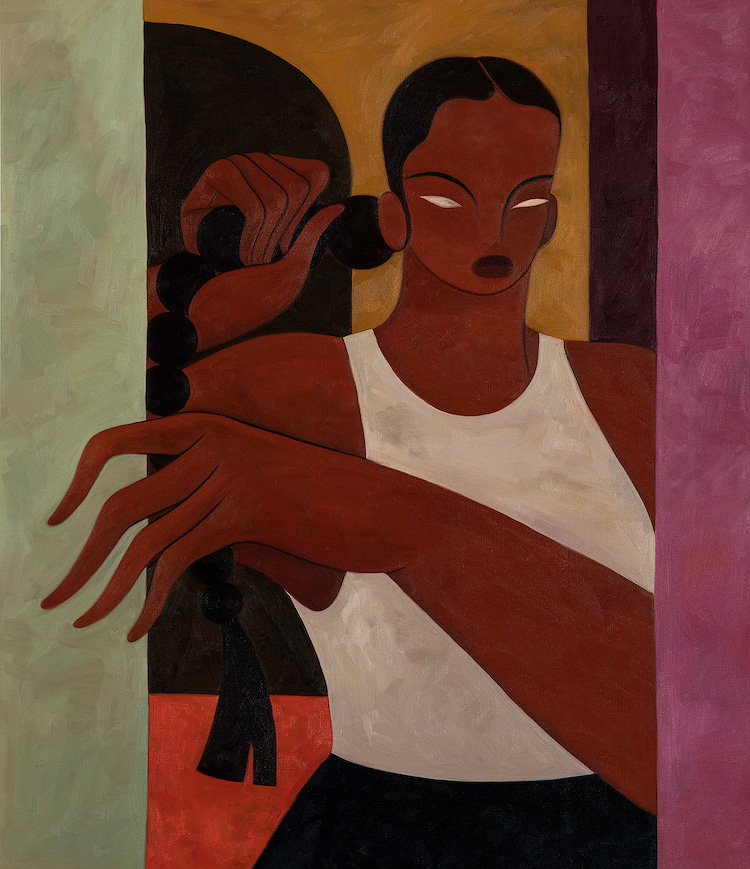 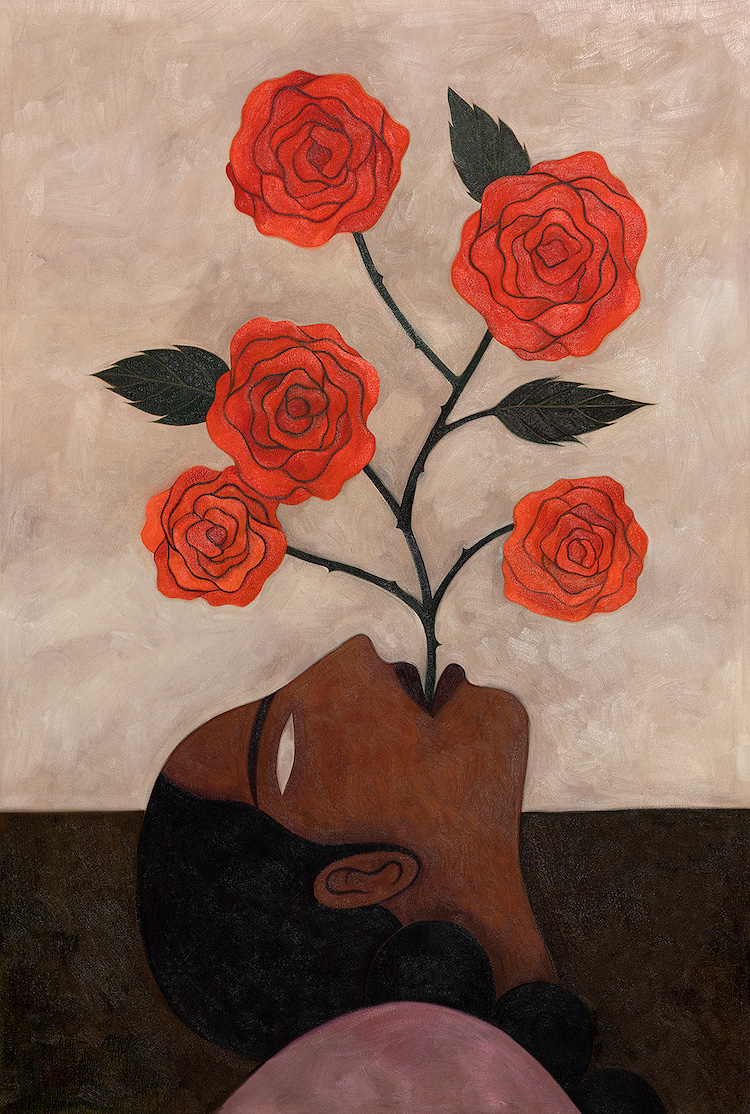 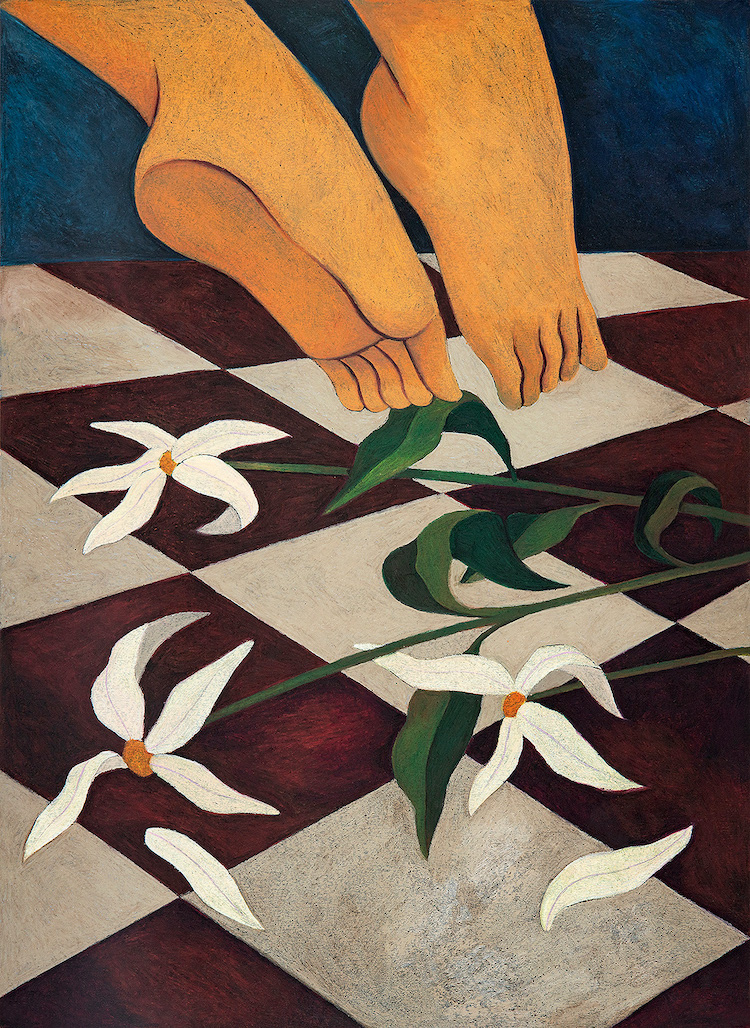 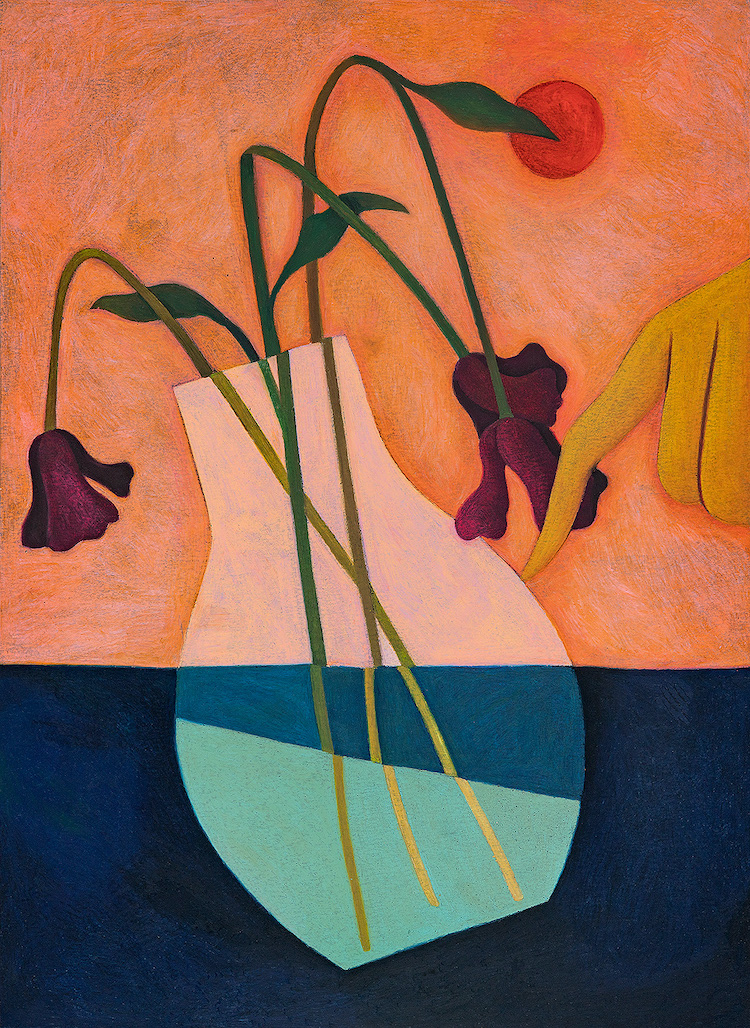 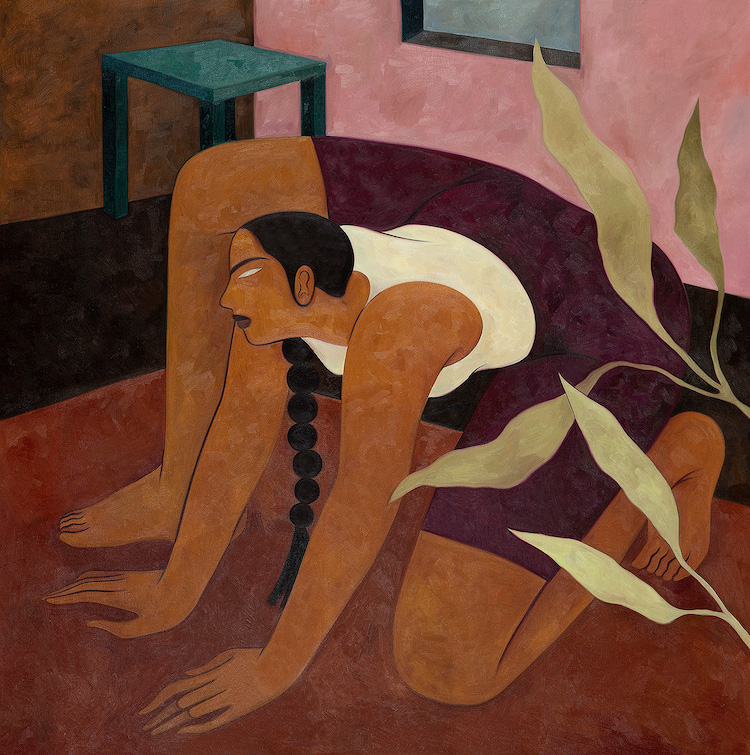 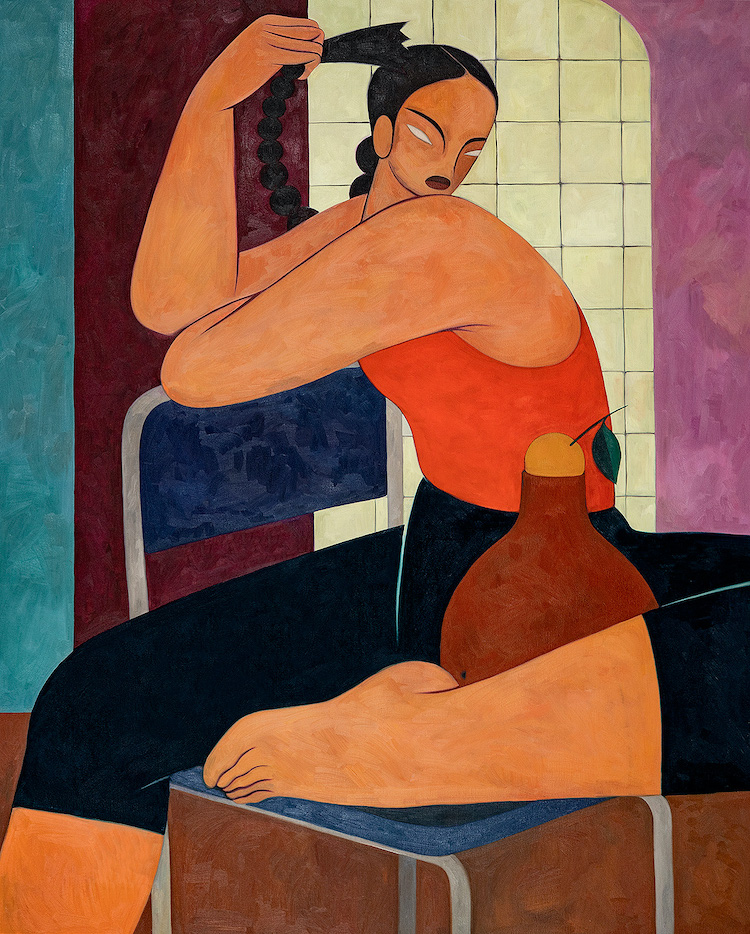 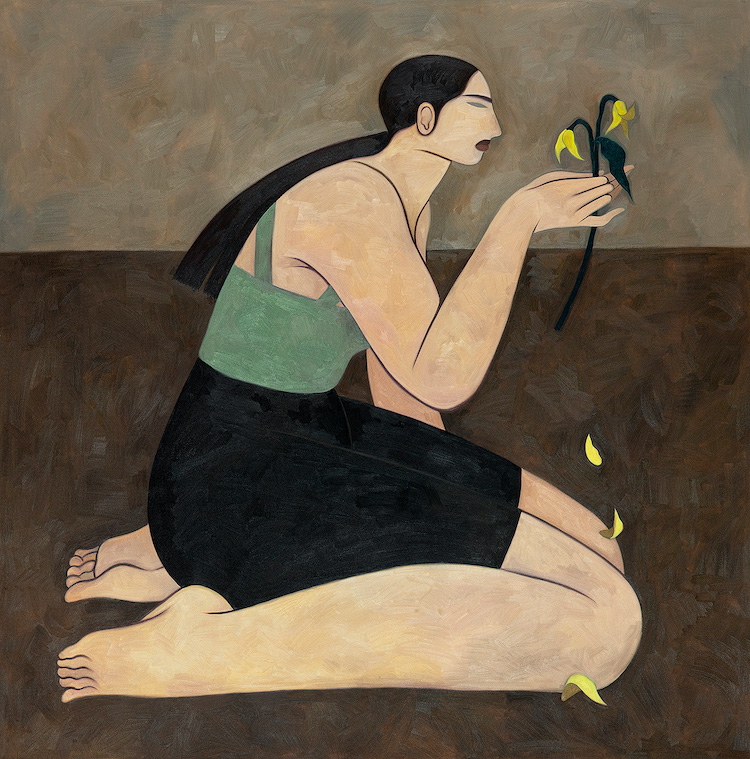 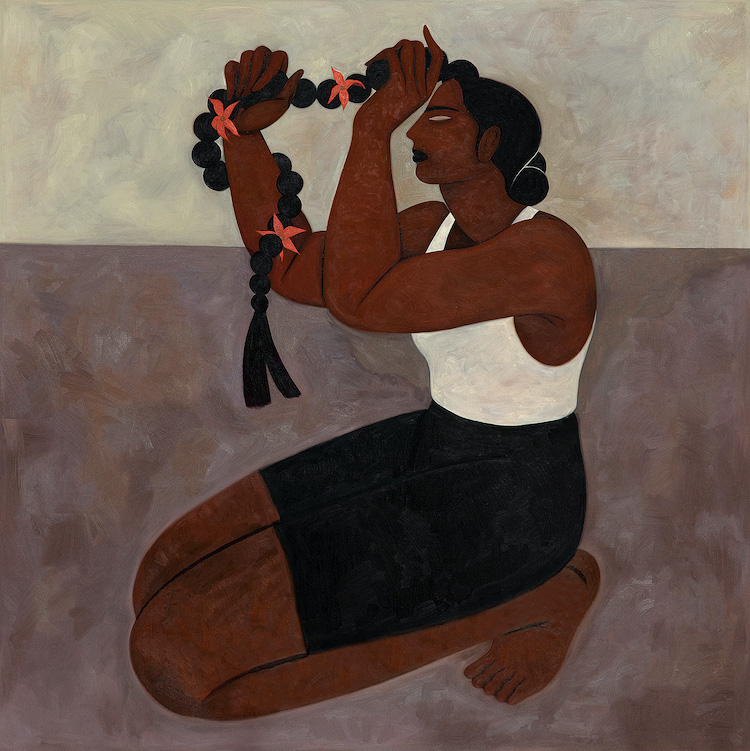 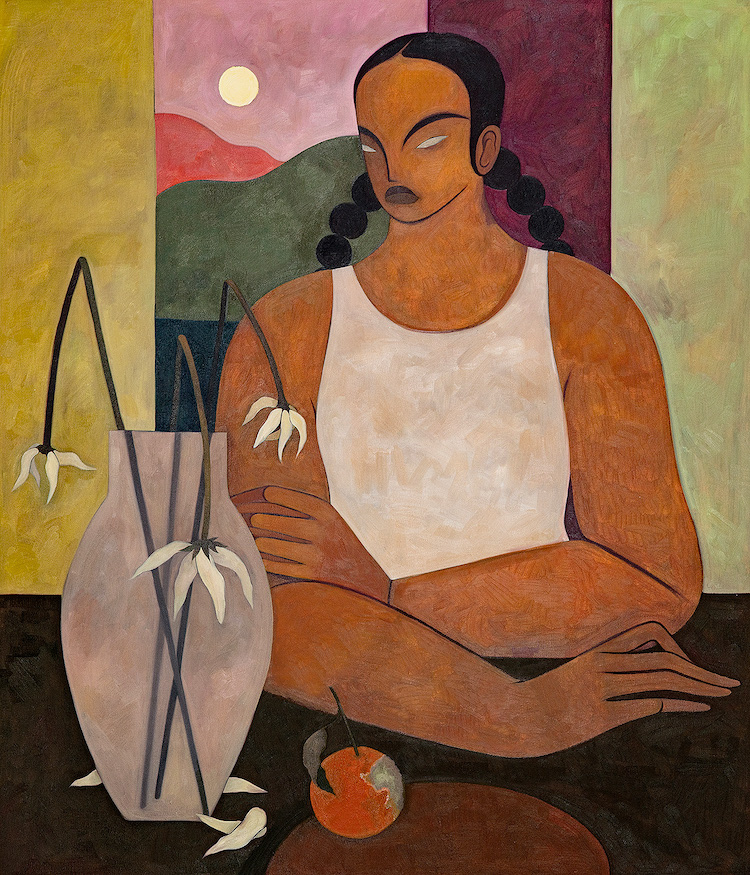 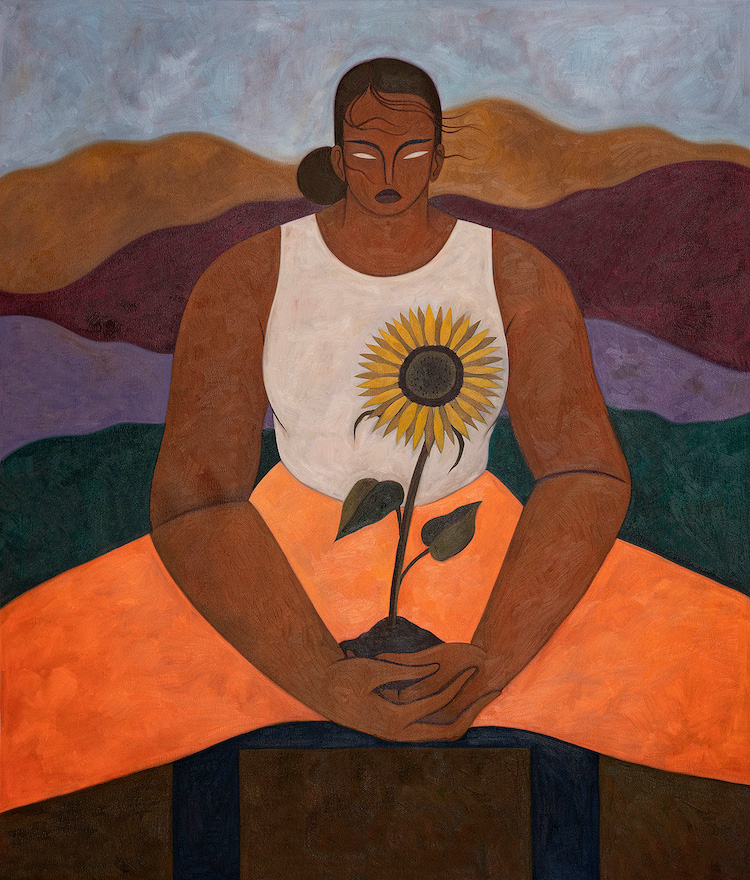 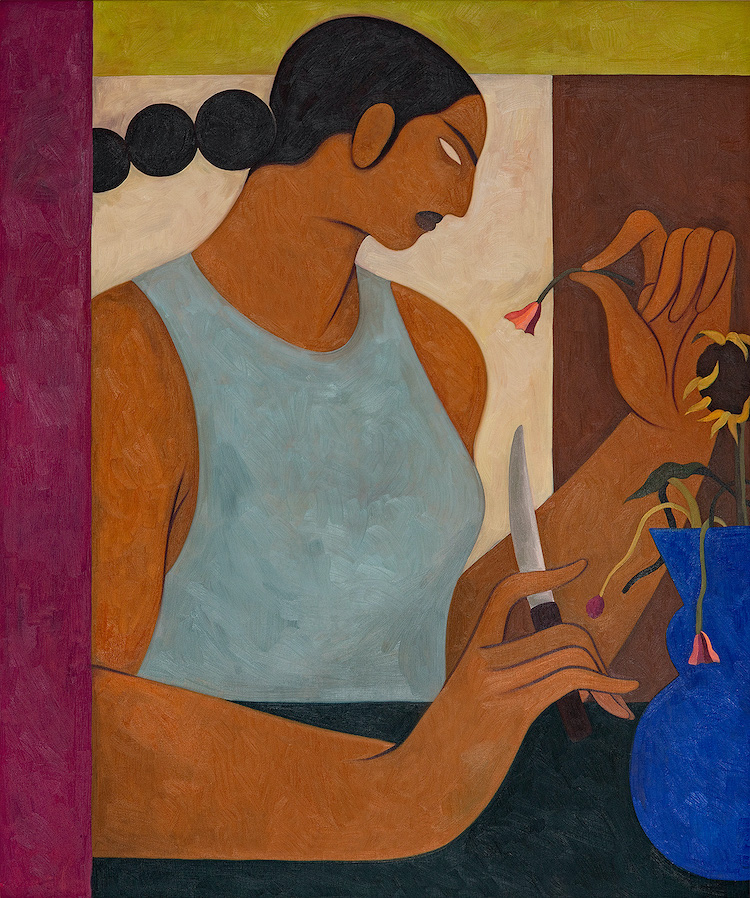 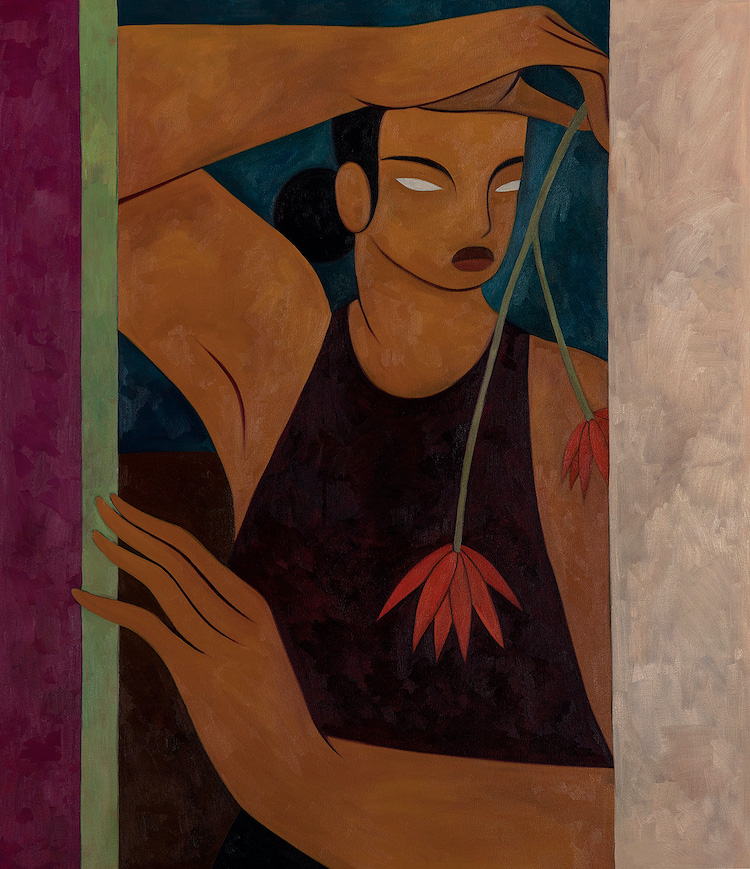 "My work is inspired by the mystery of the feminine, in the meaning of its physical, emotional and spiritual state," Hilda Palafox said of her newest body of work. "An exploration of the visible body as shapeless matter willing to mold itself." There is a major shift in Hilda's work over the past few years, and Un día a la vez, on view at Thinkspace Projects starting October 16, is her most assured work to date.

The female figure remains central, but the Mexico City-based painter and muralist has changed her textures and tones, the works almost appearing faded with time and experience. The show's statement reads "Sometimes life manifests itself by watering your wishes, unhurriedly, one day at a time," and her works now have that unhurried and complexity through time look. The gallery notes that "Her images investigate the autonomy of the figure, the independence of composition, and freedom of color," and in her found freedom to explore new dimensions in her work, her characters have come into their own as well. —Evan Pricco