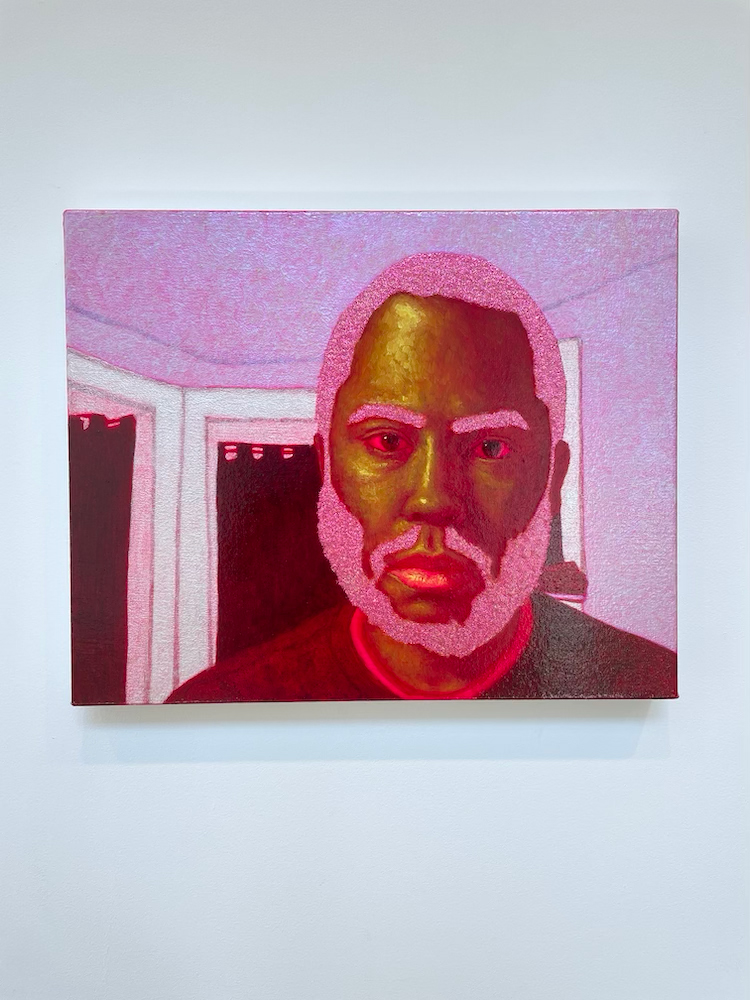 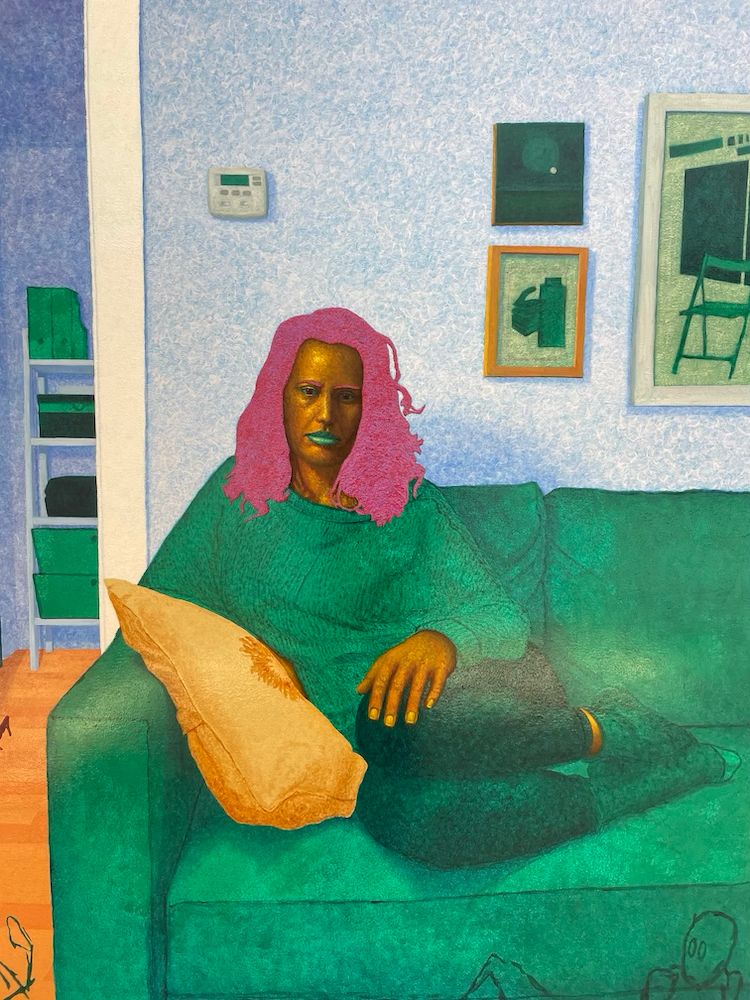 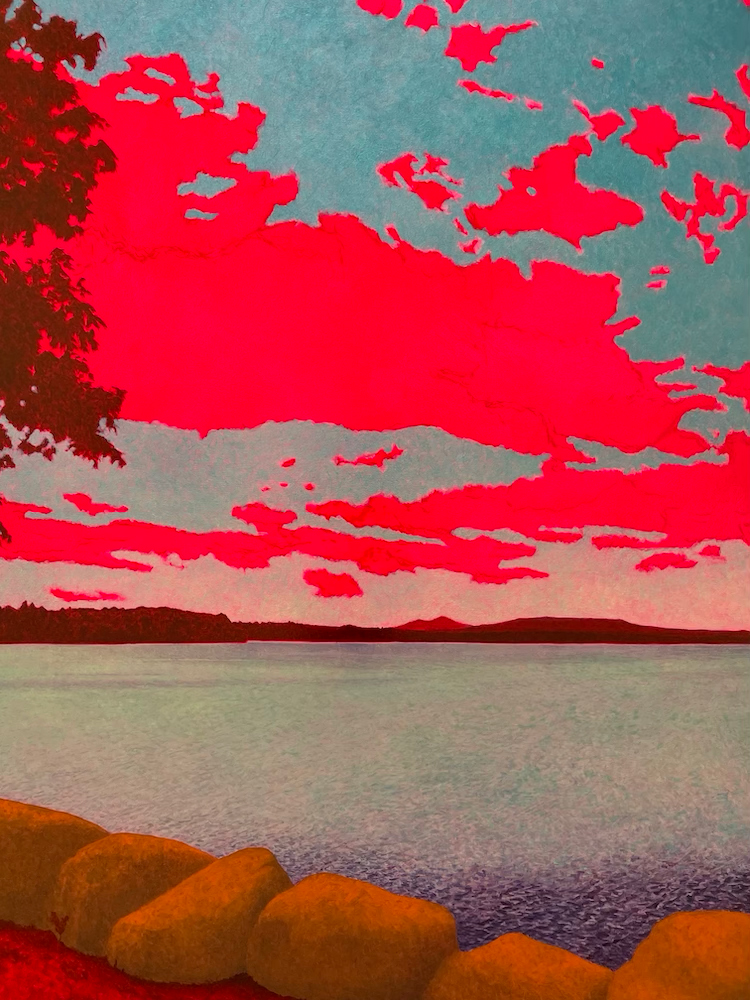 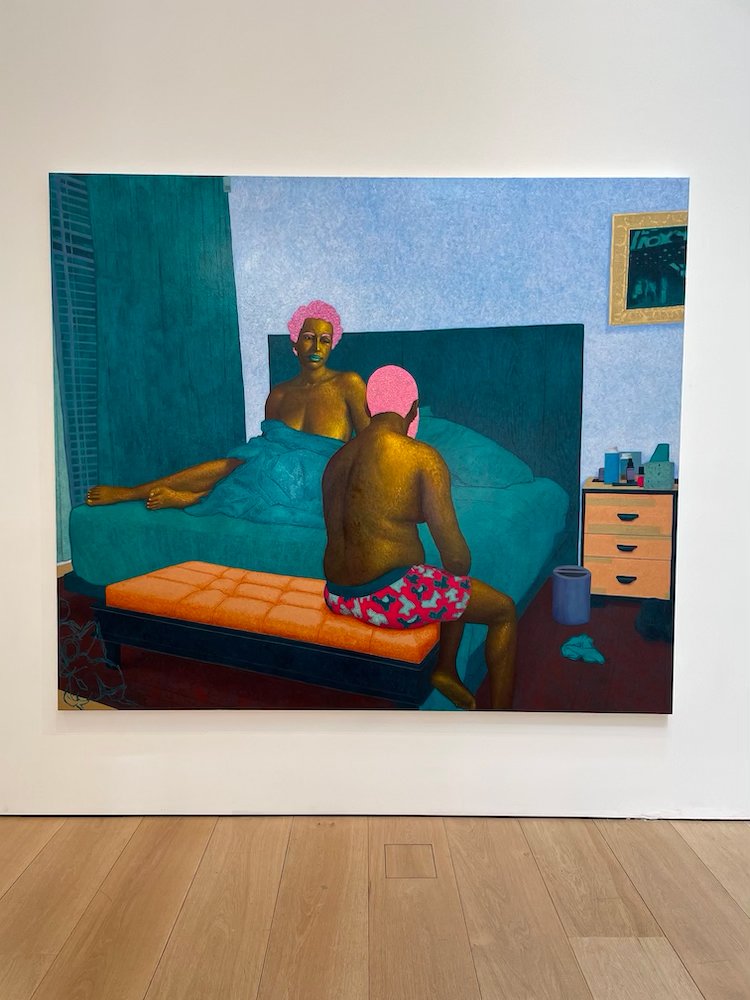 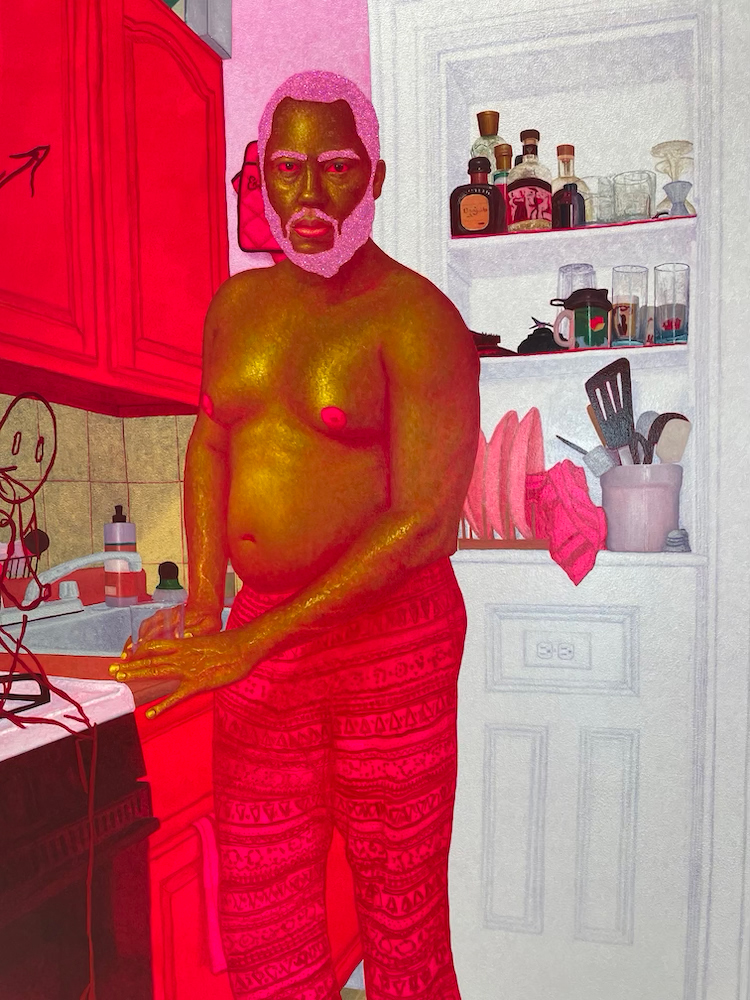 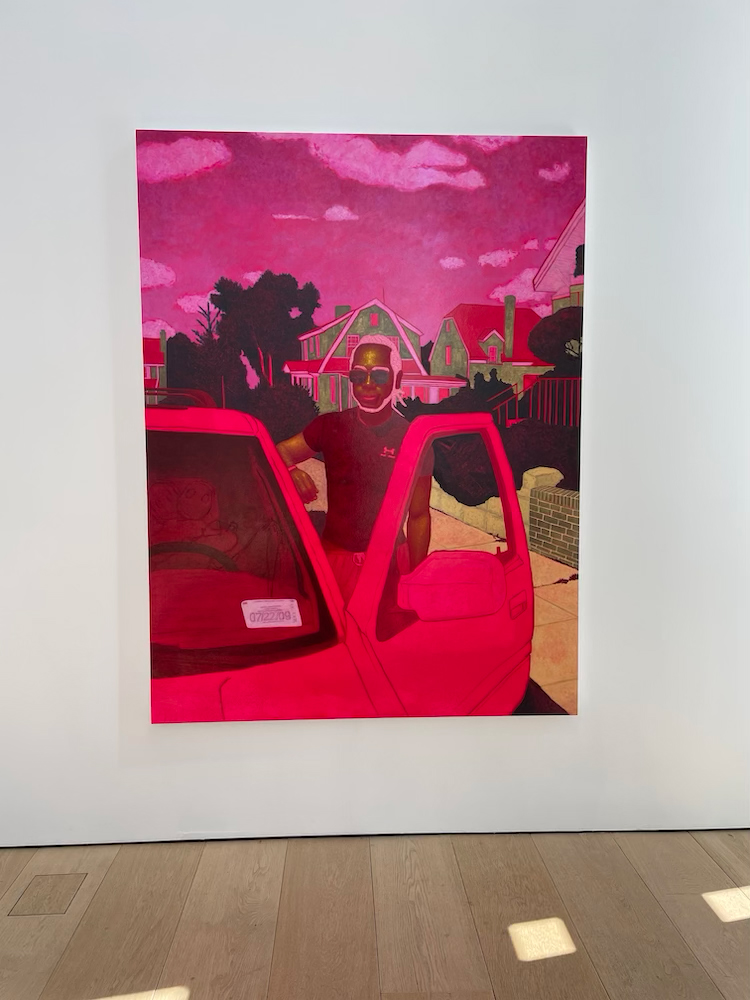 Lehmann Maupin is pleased to announce Hey Tomorrow, Do You Have Some Room For Me: Failure Is A Part Of Being Alive, the gallery’s first exhibition with New York-based painter Arcmanoro Niles. Featuring a series of new portraits, still lives, and a single landscape, this exhibition continues the artist’s critical investigation into the function and form of historically revered genres in painting. Niles is best known for his vivid, brightly-hued canvases that illustrate the seemingly mundane aspects of daily life―a man about to get into his car, a father and daughter sitting on their stoop with their dog, a woman waiting at a bus stop. His subjects are drawn from photographs of friends and relatives and from memories of his past, offering a highly personal record of contemporary life. The paintings, though autobiographical, engage with universal subjects of desire, hope, fear, and failure, while also recalling numerous art historical predecessors, including Italian and Dutch baroque, history painting, Color Field painting, and ancient Egyptian sculpture. For Hey Tomorrow, Niles has created a number of his distinct portraits, but the exhibition also features still lives and interiors that become surrogates for the figure―a cluttered bedside table, a urine test in a doctor’s office bathroom, or a kitchen table littered with liquor bottles and food containers.

The works in Hey Tomorrow each represent the many perceived failures that we experience during the course of our lives that, when taken as a whole, are simply what make us human. For Niles, these moments―getting kicked out of the house or an unplanned pregnancy―are not extraordinary events, but rather just part of the course of life. In Kicked Out the House for Living Fast (I Never Held Love in My Gaze so I Searched for it Every Couple of Days), 2021, a young man wearing sunglasses, an Under Armour t-shirt and sweatpants, pauses to look directly at the viewer before getting into his car. The scene is rendered in a fiery pink that alludes to the underlying emotional tone indicated by the title. In this work, Niles marks a key moment in his subject’s life―a difficult one, but also one of growth and transformation. “All of these moments in life that people look at as failures are just a part of growing up and can actually open new doors and lead to new phases in life,” the artist explains, “when I look back at my own experiences, they weren’t really failures at all.” As is typical of Niles’ work, in Kicked Out the House for Living Fast the figure’s brown skin is rendered with a gold-like tone, his hair a glimmering halo of hot pink glitter. This is a nod to the influence of baroque and religious painting, making Niles’ figures appear saint-like, but also formally allowing the artist to achieve a level of depth and tonality in his rendering of brown skin.

A signature aspect of Niles’ practice is his use of vibrant oranges, pinks, purples, blues, and greens, which he often layers, color after color, to create a luminous glow. For this series, Niles has deliberately left some of his “underpainting” exposed so that the keyed-up areas of oranges, pinks, and greens are even more saturated, creating heightened intensity even within his most seemingly mundane compositions. Running Until You’re Nothing Sounds a Lot Like Being Free (Don’t be Sad), 2021, is a bright orange still life that shows a bedside table almost entirely covered with objects―a flashlight, a wallet, a medicine bottle, crumpled up receipts, tequila bottles, a sports drink, and a reusable water bottle. The corner of the bed is barely visible and one of Niles’ “seekers” is draping its legs over the side, perhaps in ecstasy, exhaustion, or intoxication. Niles’ seekers, which take the form of small, gestural characters and more fleshy, gremlin-like figures, represent our most basic human impulses and desires. “Seekers,” says Niles, “are more impulsive, chasing whatever they think will make them happy in that moment, with no fear of consequence, while the human subjects are more vulnerable and open with their feelings.” The title of the work, the collection of objects, and the partially visible seeker stand in for the subject who would occupy the space. Running Until You’re Nothing illustrates a person pushing their body to the limit in pursuit of the sense of escape that pleasure so often offers in the short term. The parenthetical in the title, “don’t be sad,” suggests that the drive for gratification becomes difficult to disengage from as the subject feels compelled to continue drinking, using drugs, and otherwise self- medicating in order to avoid facing encroaching feelings of sadness hovering just at the perimeter.

The titular work in the exhibition is the only landscape featured and the first Niles has created in his professional career. The painting, Hey Tomorrow, Do You Have Some Room For Me (Failure is a Part of Being Alive), depicts an idyllic view from the edge of a body of water. The surface is blue and calm, a tree occupies the left side of the composition, and the foreground is marked by a row of rocks. The clouds are a vibrant pink that stand in stark contrast to the pale blue sky. The serene scene is the outlier in the exhibition and offers the viewer “room” for contemplation, self-reflection, a moment of pause in the otherwise dense body of work. In depicting not only people close to him but the places and times they inhabit, Niles creates his own chronicle of life today. Each painting invites us to consider the time in which it was made, as well as our own histories―our struggles, successes, and desires for the future. While most of the paintings represent the past and the present, for Niles, the painting Hey Tomorrow offers space to imagine tomorrow, and what might come next.