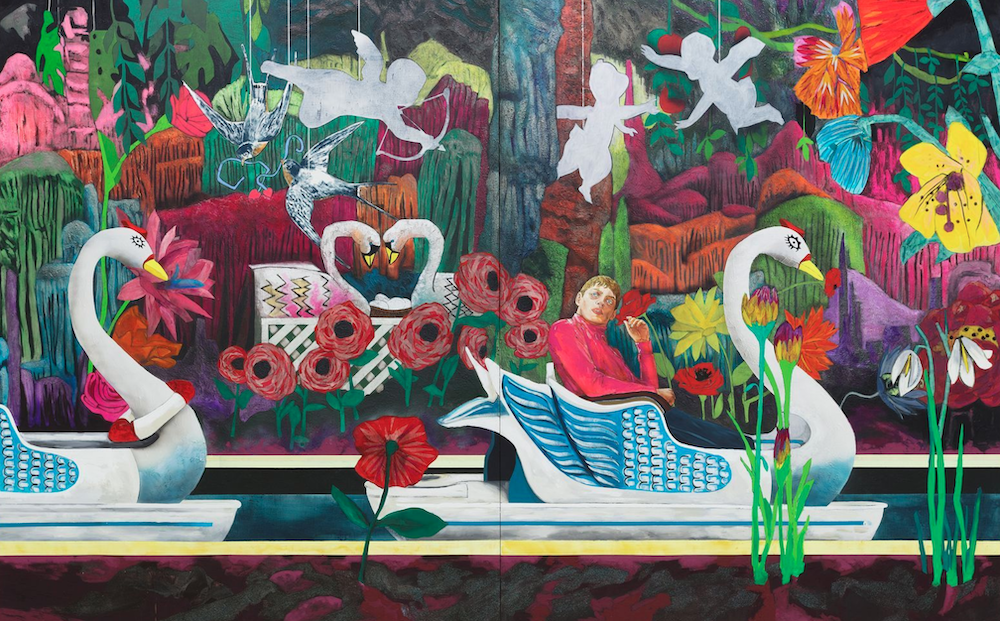 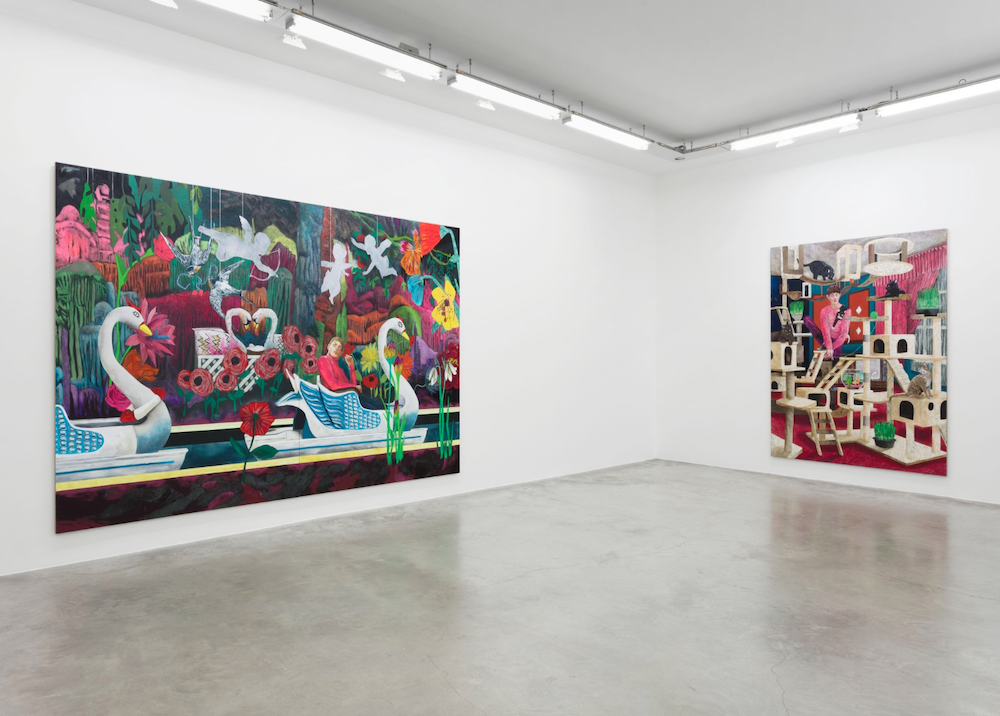 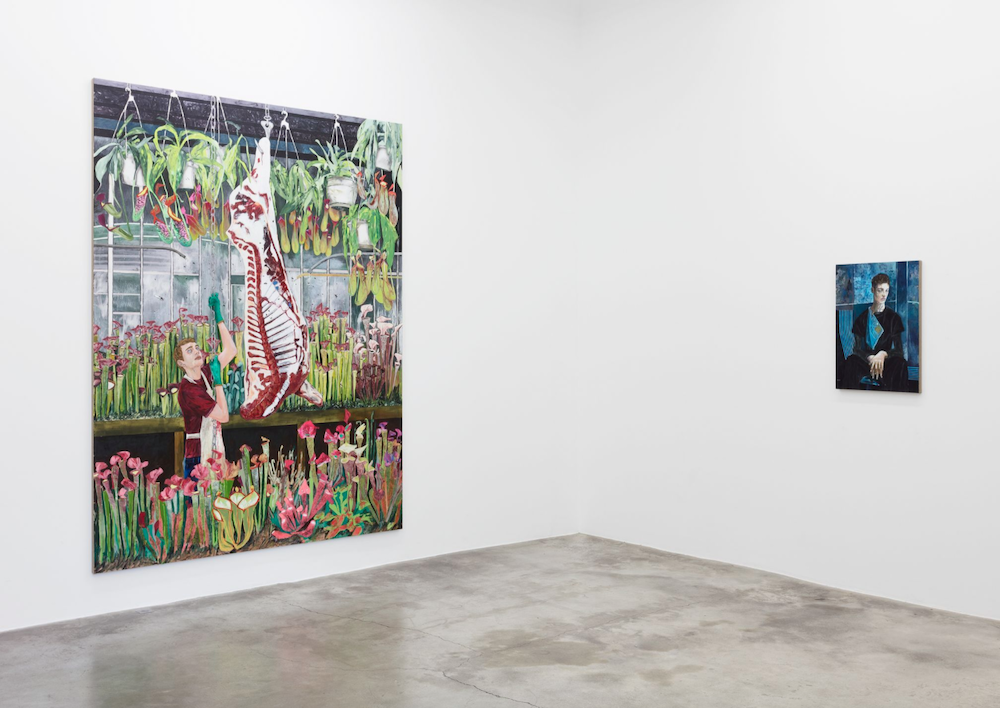 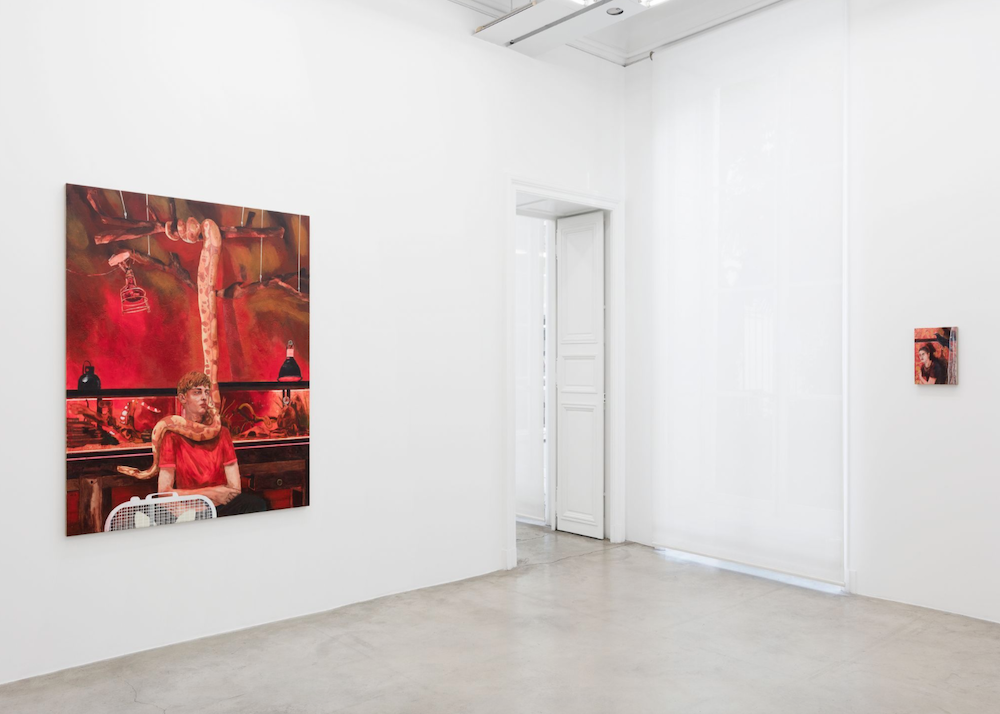 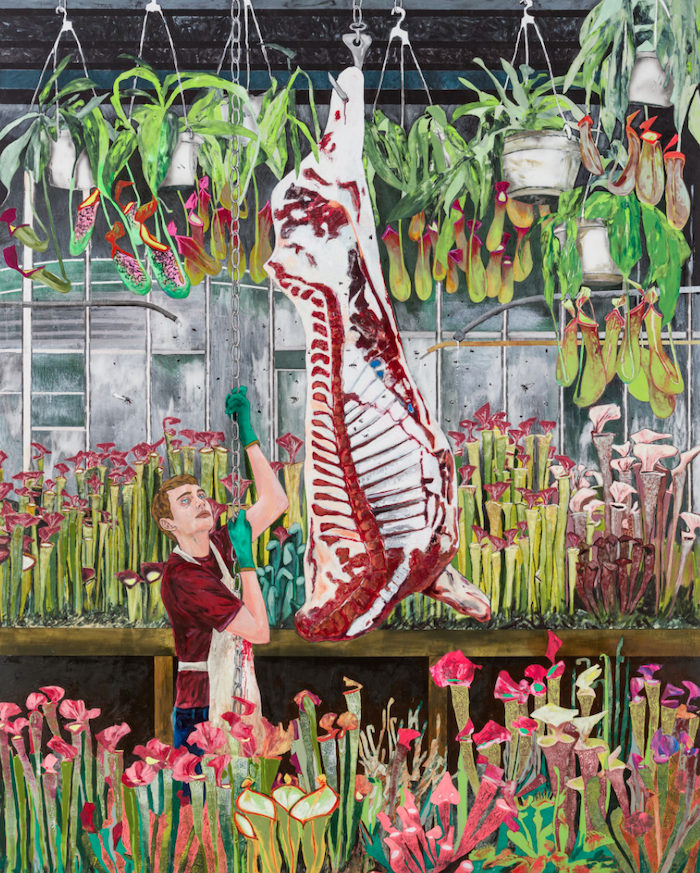 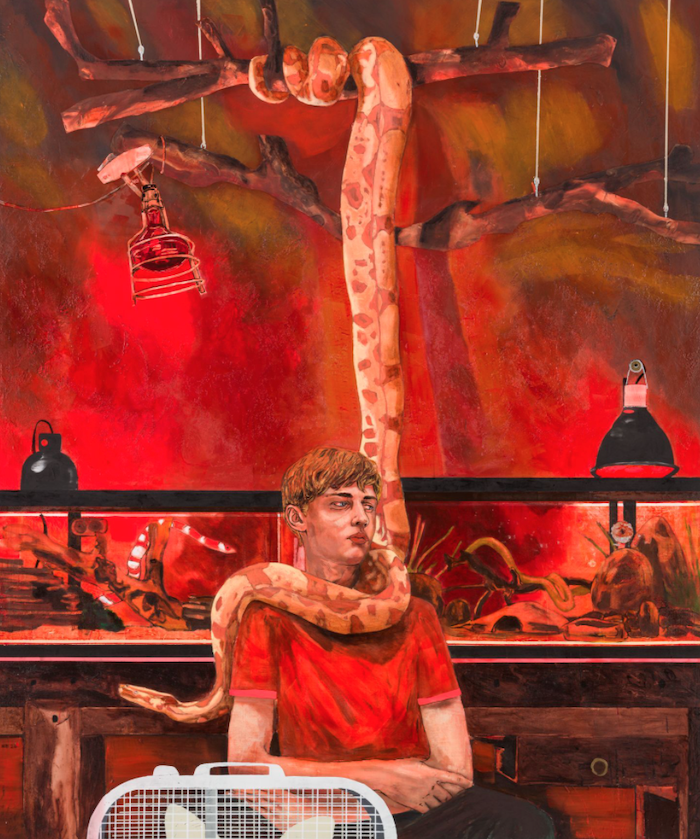 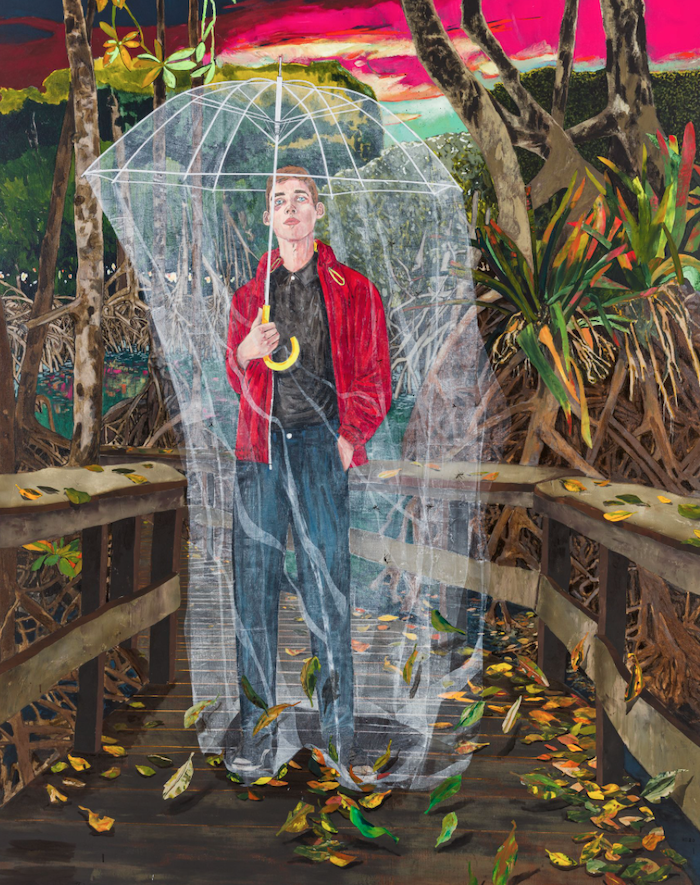 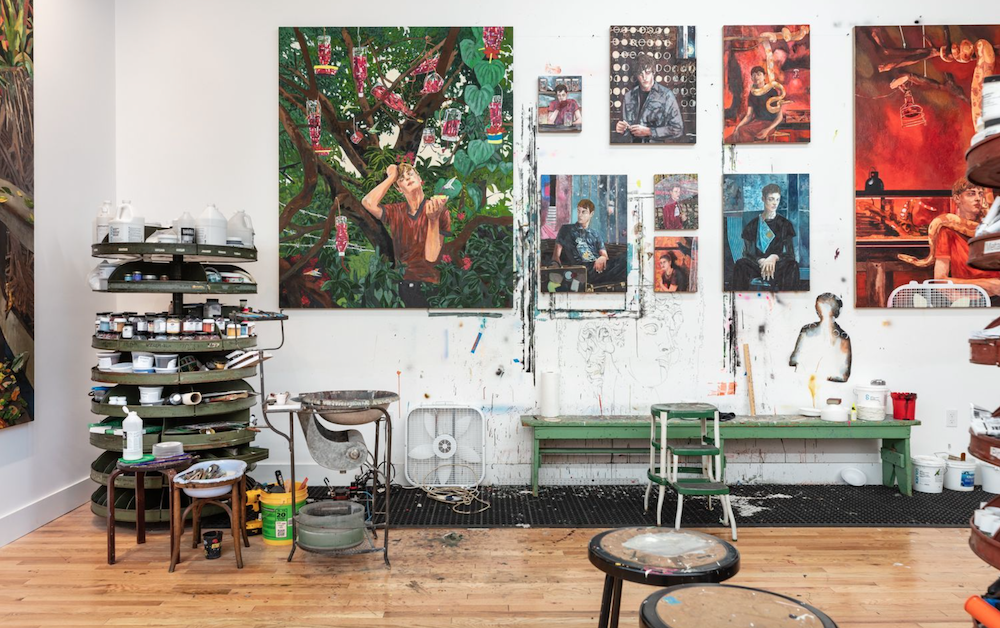 Studio views ©Silvia Ros. Courtesy of the artist and Perrotin 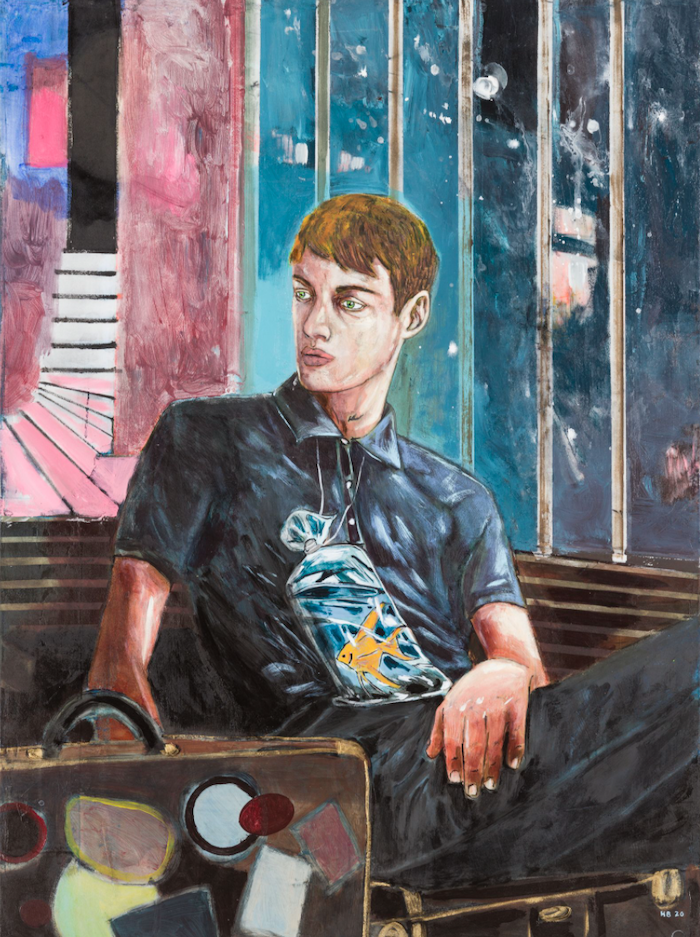 There are those artists who enjoy a fervid fan base among their peers.  Neo Rauch, Jenny Saville and Kerry James Marshall share eminence as painters’ painters, for example. in recent years, a few new names have crept into the conversation, and one frequently mentioned is American artist, Hernan Bas, who just opened his fifth solo with Perrotin in Creature Comforts at their Paris space. I can think of numerous times, in fact, when I have seen a Bas painting at an art fair and brought to a standstill, mesmerized by the details and slightly sinister nature of the paintings. He's good, and a sinewy tension brands through each work.

Creature Comforts was made during the pandemic while Bas was holed up in his Miami studio, and the dense nature of the work reflects the restive times and rigor that went into each piece. Various permutations of a distinctly male character are explored in the various settings. Osman Can Yerebakan wrote a wonderful press release on the show that notes how "A signature in the artist’s unabashedly gilded universe, a suit of young adult men populate borderline surreal mises en scène with angst remnant from teen-age years and fragility towards the impending manhood. Equally persistent and delicate, blasé twinks gingerly execute flamboyant acts—they flirt with danger, waltz with death, and huddle with pain."

“Three Vampires” @galerieperrotin opening tomorrow night if you happen to be in Paris...


And that pain is palpable. Creature Comforts throbs with a lot of lonely pain. I've noticed it much before in Bas' work, but perhaps I can see a reflection of my own confused year in these works. There is risk in these works which chill with a sort of "come out of the cold" experience of trepidation. Snakes lurk, an umbrella projects into an extended protective wrap, an eerie reference to Little Shop of Horrors.  My favorite work in the show, Three Vampires, seen above, reveals details missed in previous viewings. The reds are so vivid and overwhelming. The story feels rich with intrigue. As Yerebakan wrote so eloquently about a waltz with death, this work embodies it. There are comforts here, but they are haunted ones. —Evan Pricco