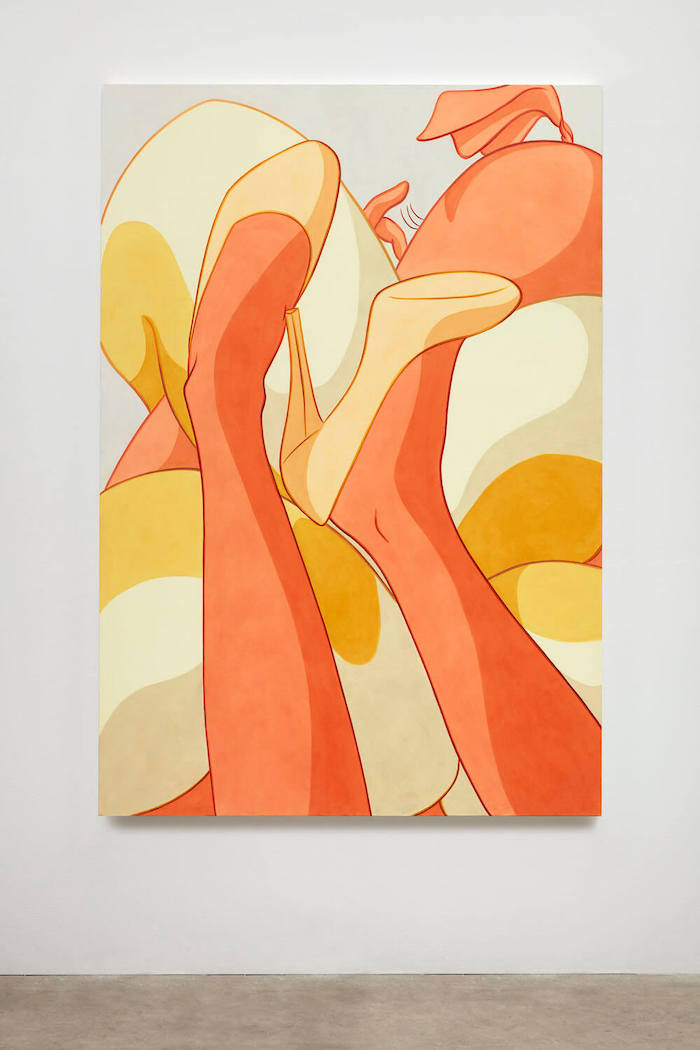 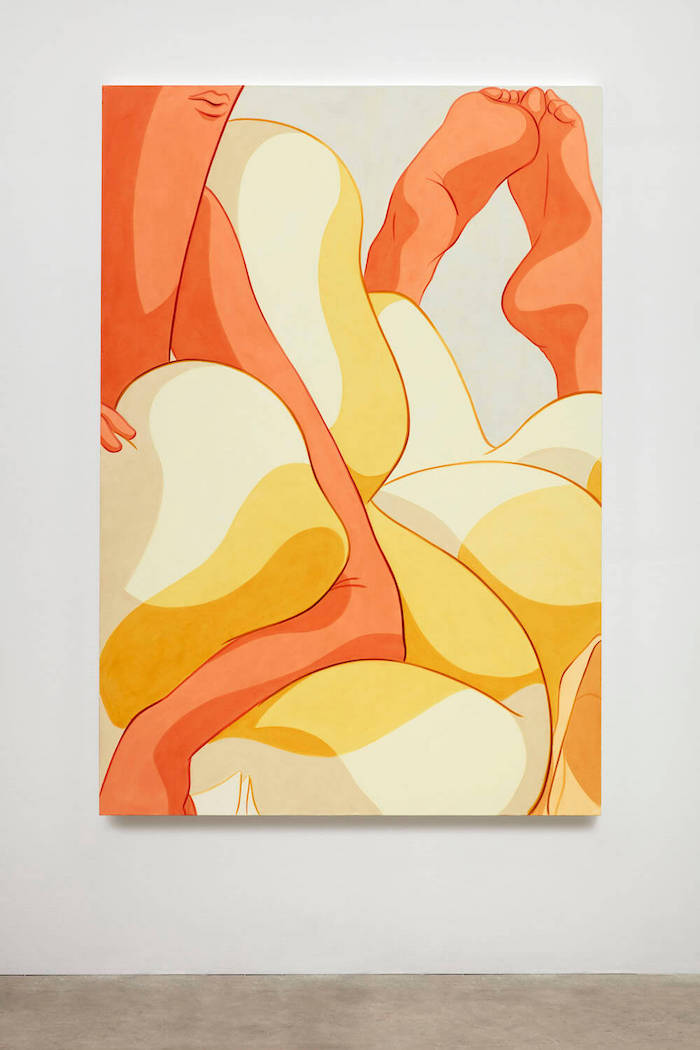 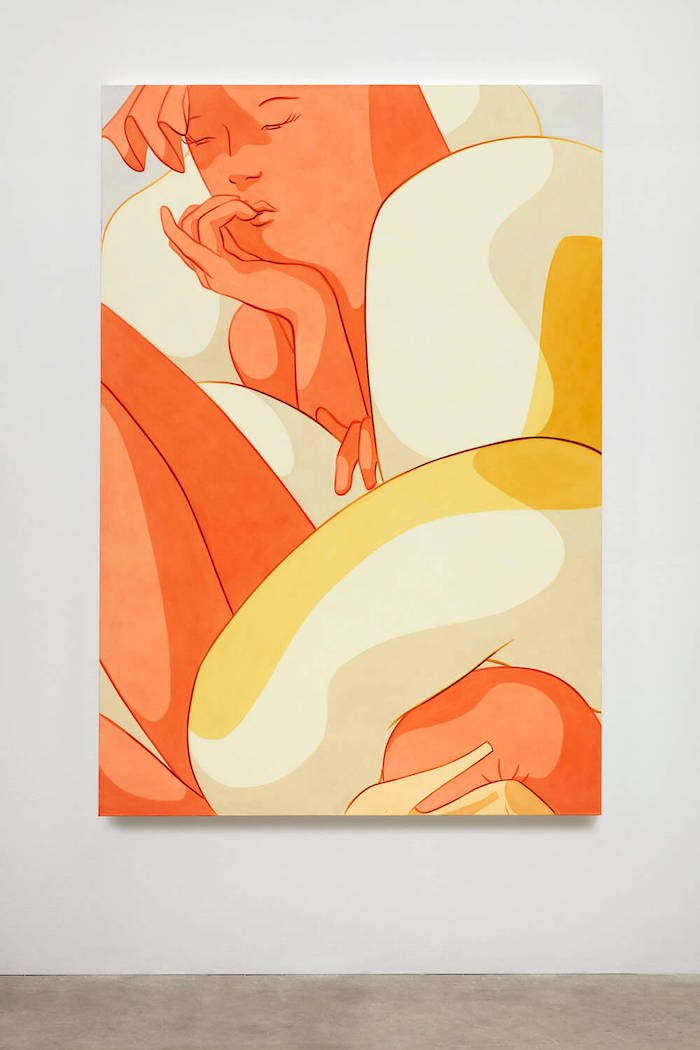 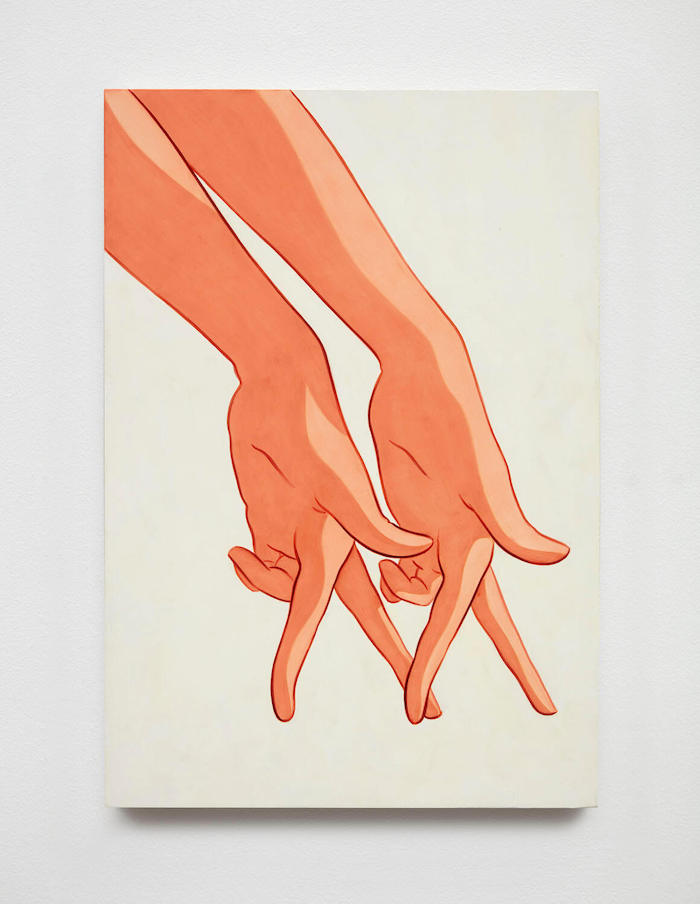 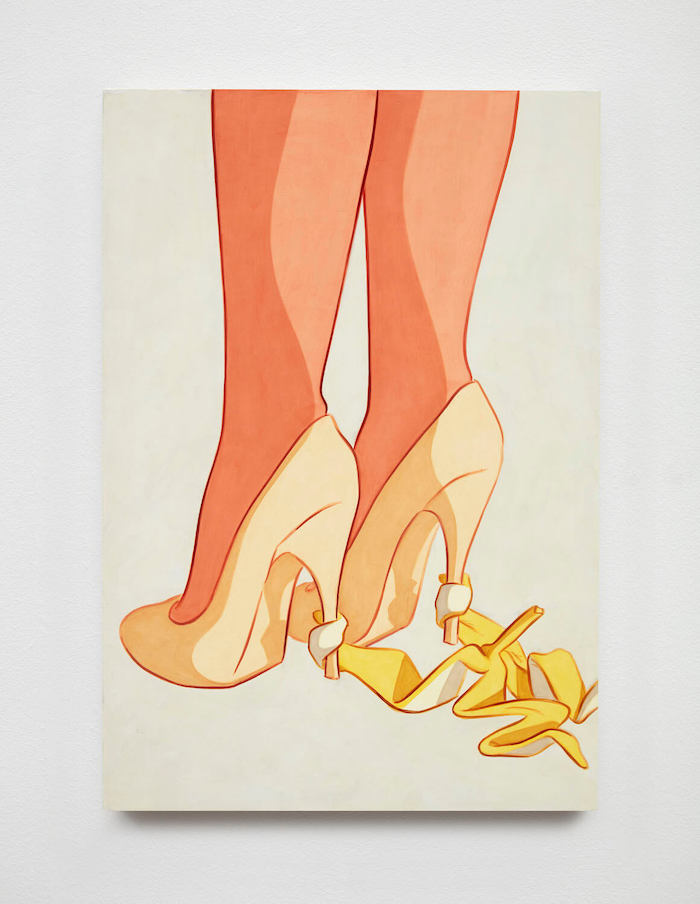 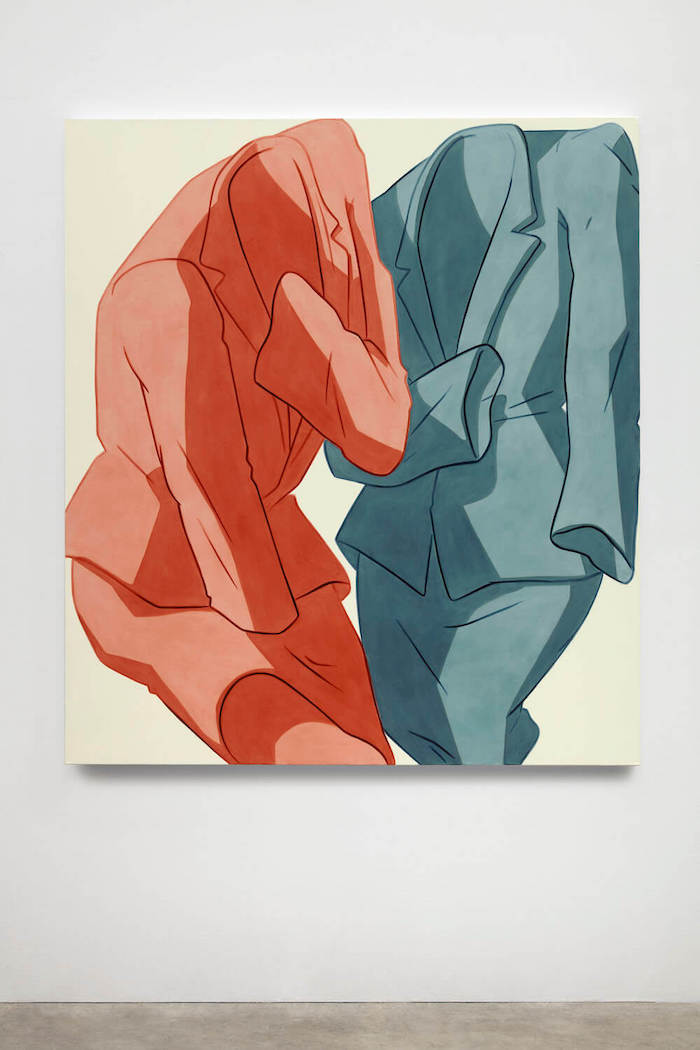 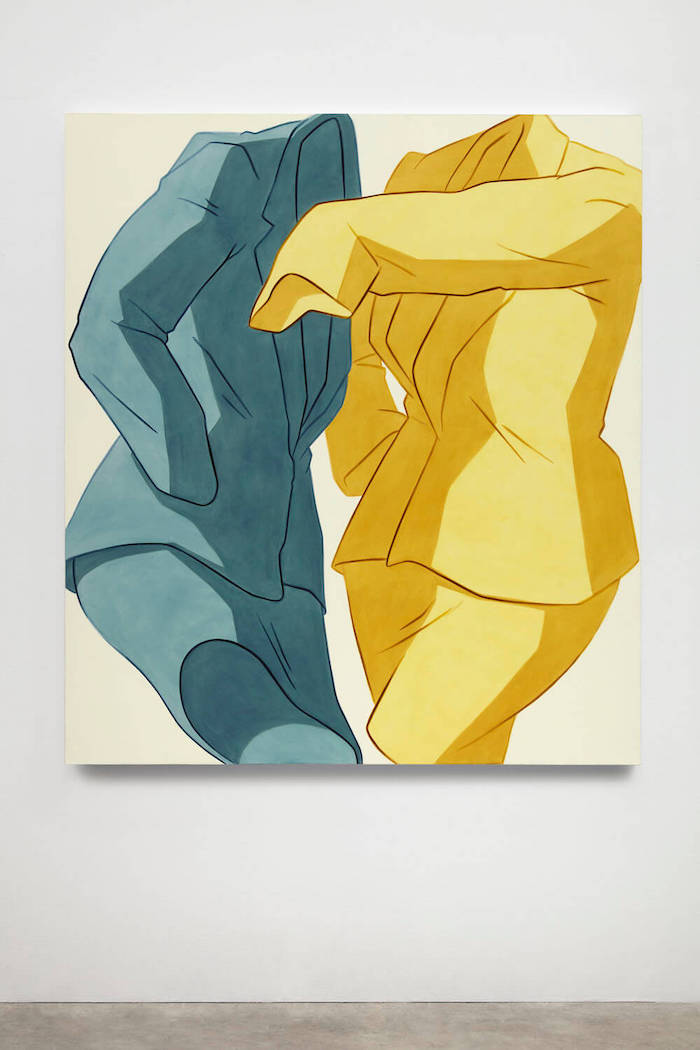 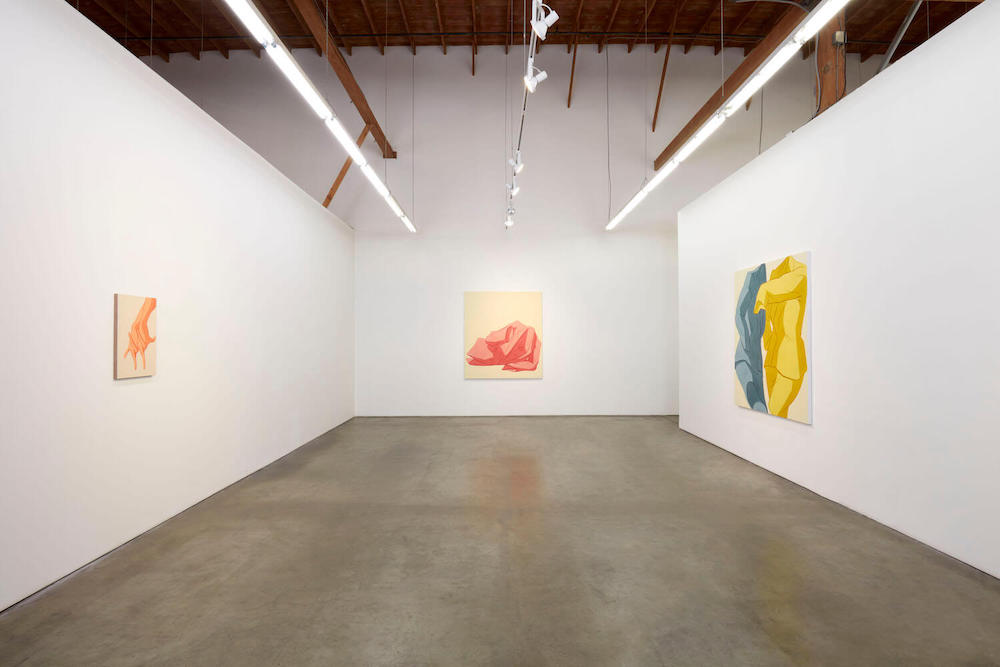 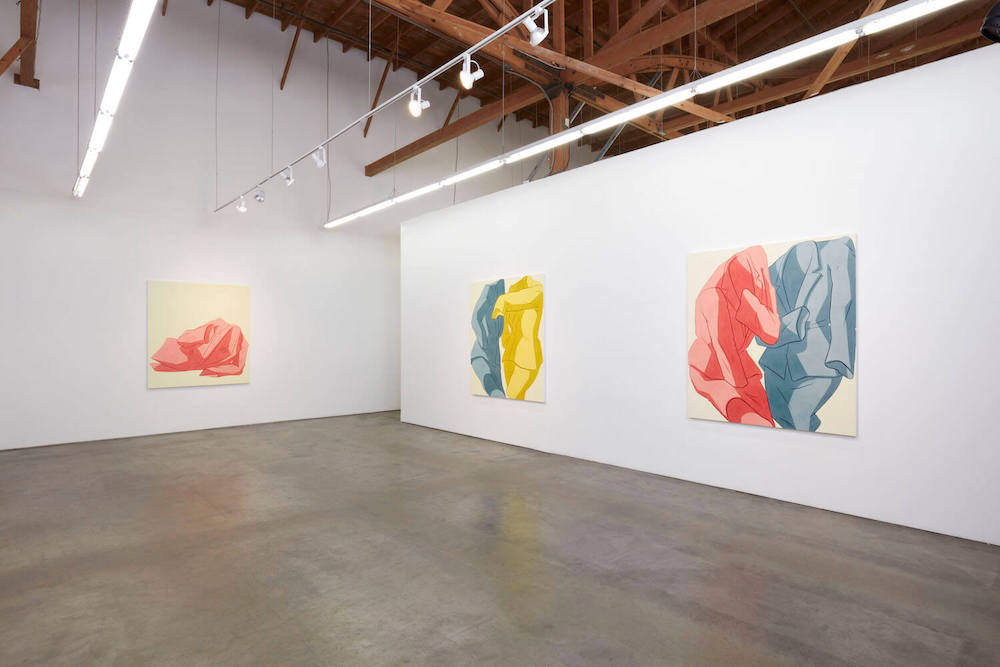 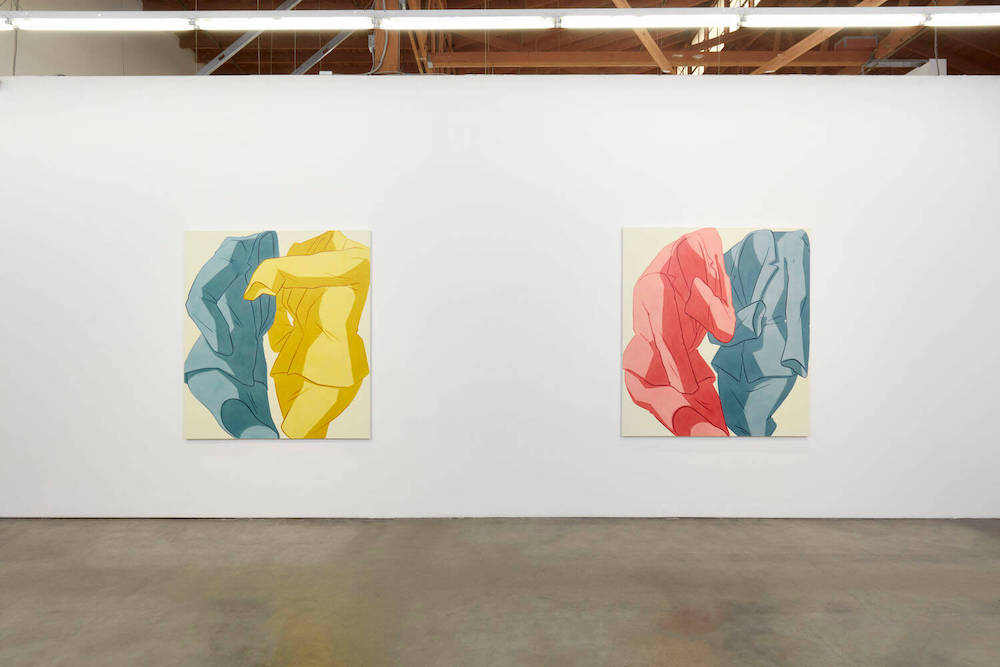 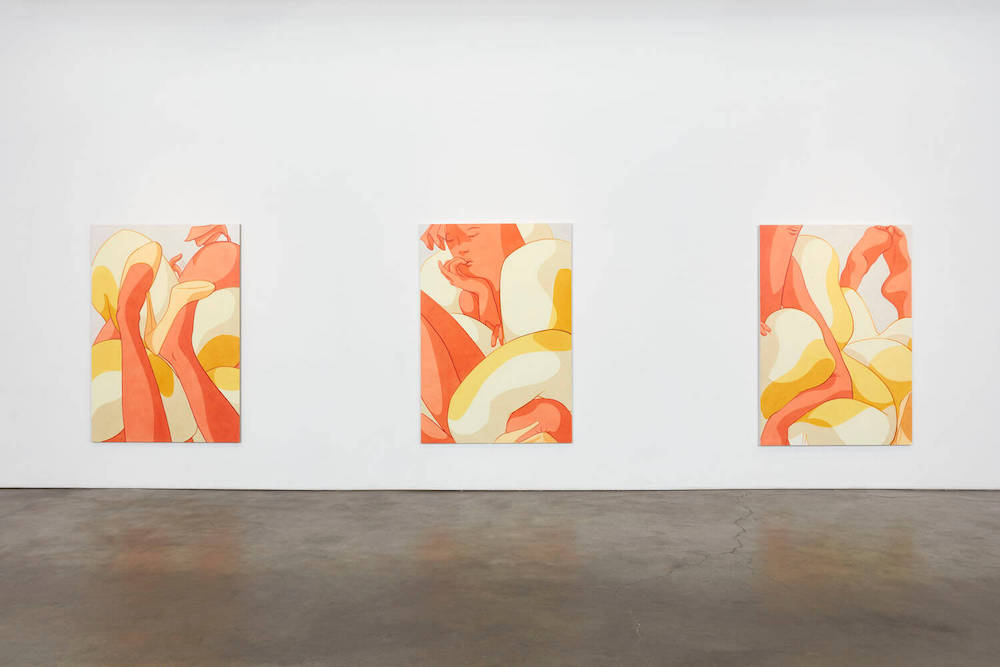 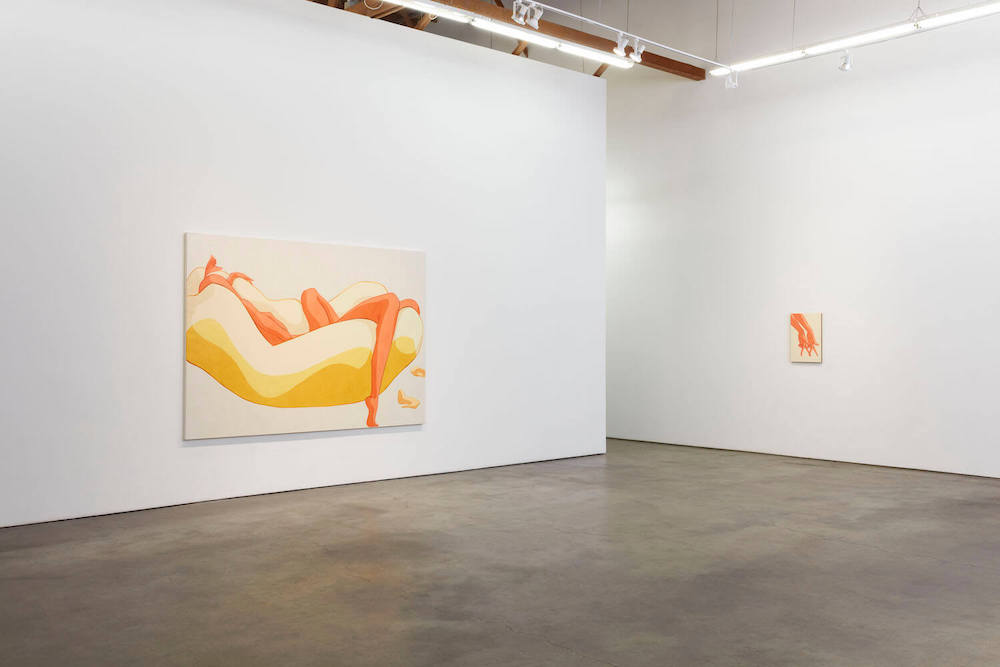 Haldeman’s anthropomorphized hot dogs lounge in pillowy white buns and sink into the kind of inner absorption that attends the first moment of rest after an unending day. These figures’ high heels are carelessly tossed off, their twisted hairdos tilted to the side. Their gaze does not address the viewer; their eyelashes pull attention to lowered eyelids and turned away faces. Haldeman draws on psychological depths to capture scenes of solitude and introspection with varying shades of playfulness, exhaustion, peace, and disquiet. Her canvases excel at minimalist storytelling, allowing the subtleties of body language and gesture to telegraph inner worlds.

In other paintings, power suits jostle each other within the tight frame of the canvas. Each figure is a brightly colored skirt suit, apparently as hollow as a peel, but with the broad frame of a well padded shoulder and the curve of ample hips. The fabric of the suits pulls and creases where a thigh would strut forward or where a torso might cock with sassy abandon. The suits project confidence and command, embodying themselves despite the absence of a traditional figure.

Alongside these larger scale works are smaller vignettes homing in on hands and high heeled legs. Haldeman takes the classic equation of feet plus banana peel equals disaster and estranges it by imbuing the peels with tentacular agency, showing the peels longingly wrap their limbs around heedless stiletto heels. Elsewhere, Haldeman isolates pairs of hands (two lefts in one canvas, two rights in another) as they saunter away on their fingers or high kick in an anatomy warping Rockettes tribute. The grasping peel, the kicking finger—throughout the exhibition Haldeman plays with displacement and metonymy in serious jokes that poke at the limits of what can be recognized as human.