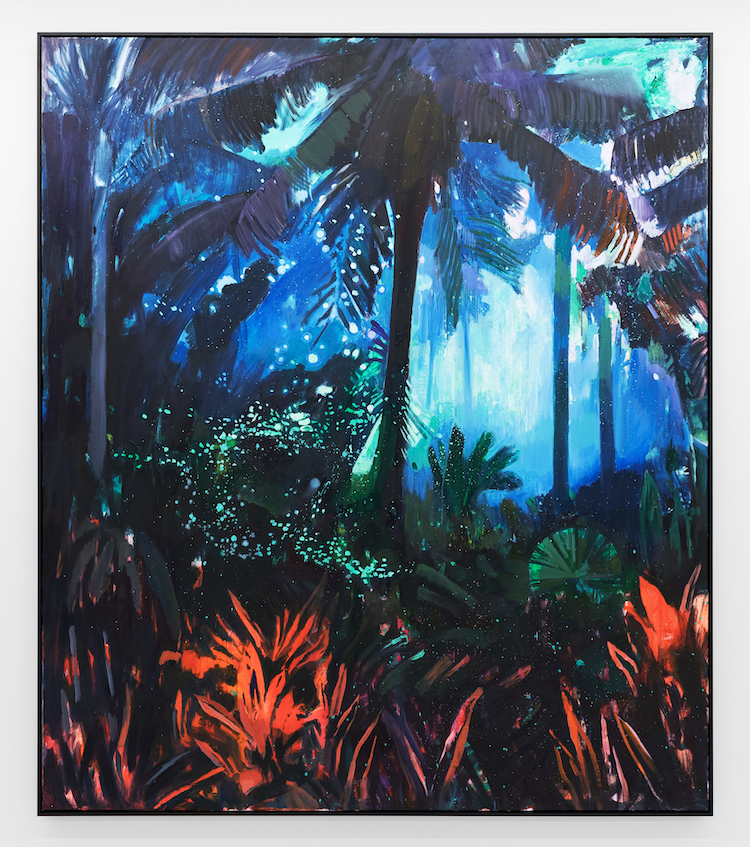 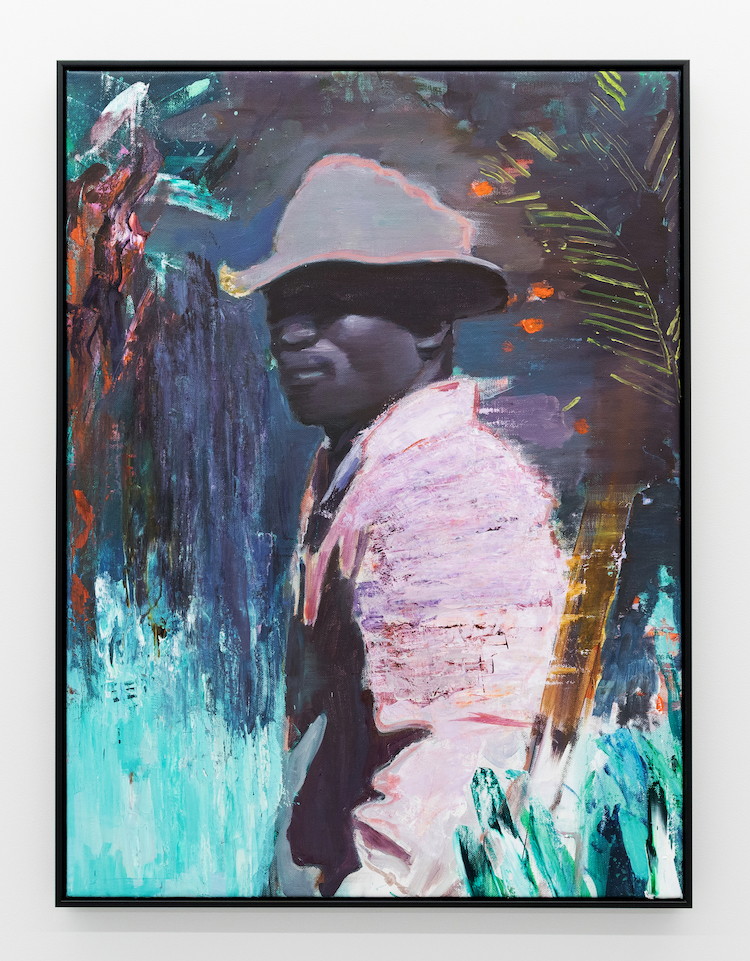 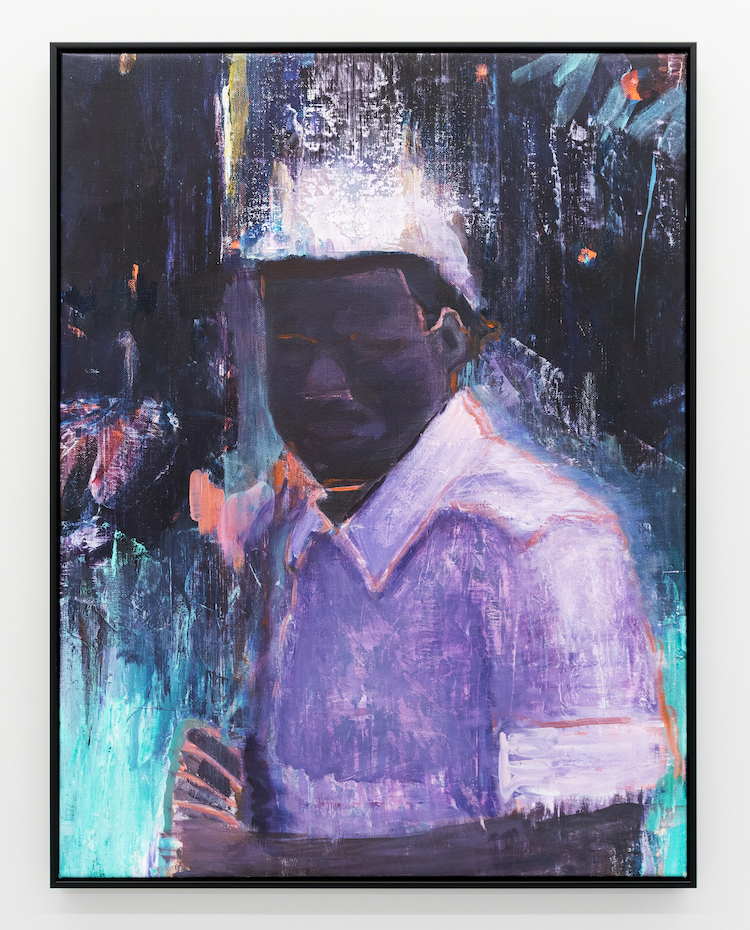 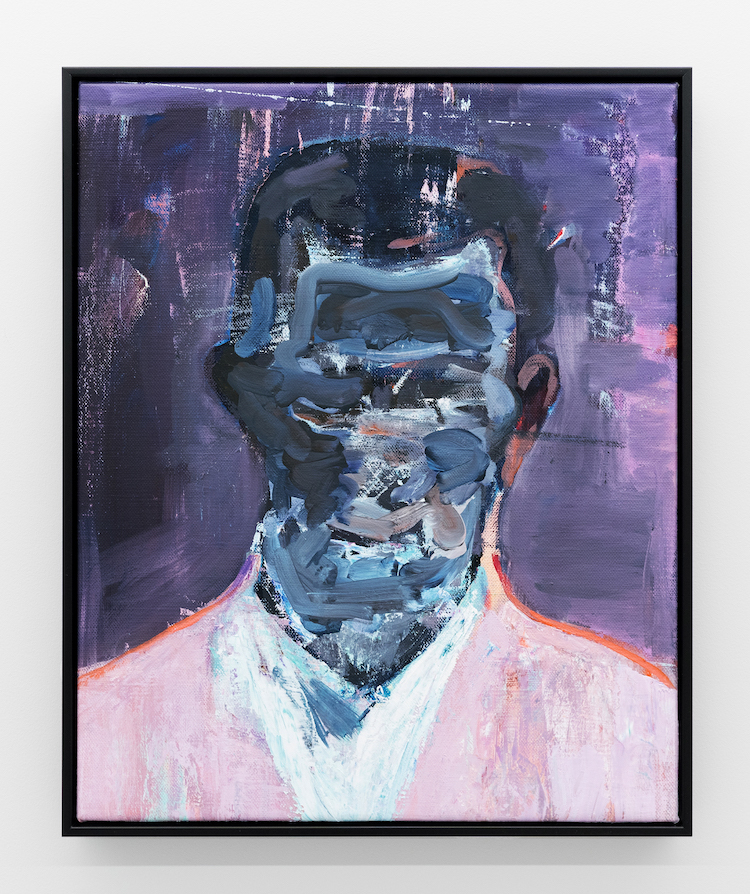 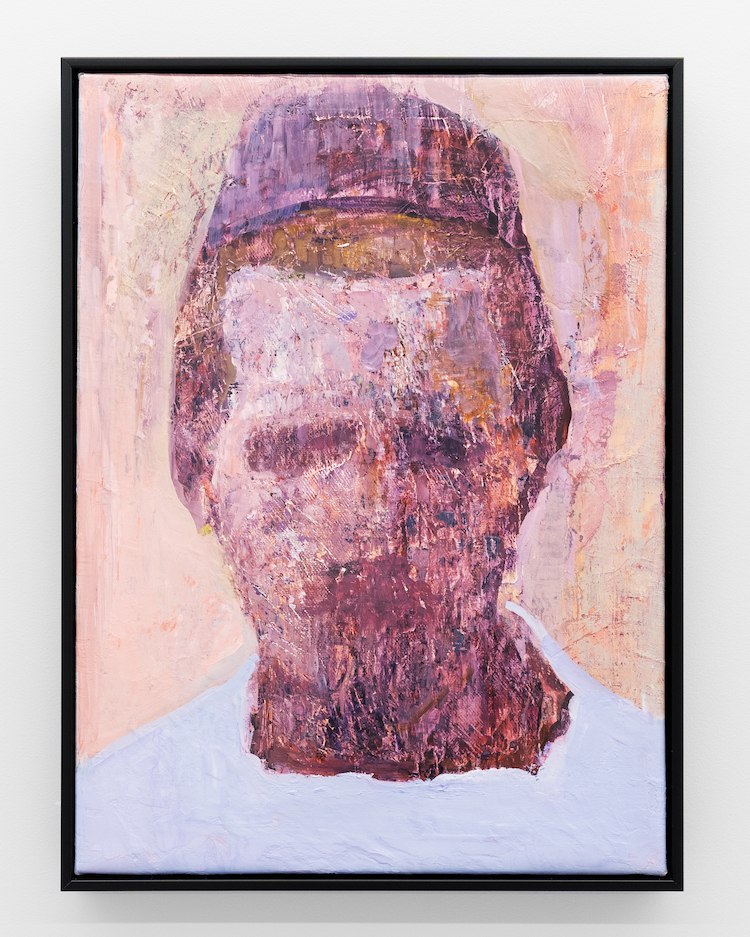 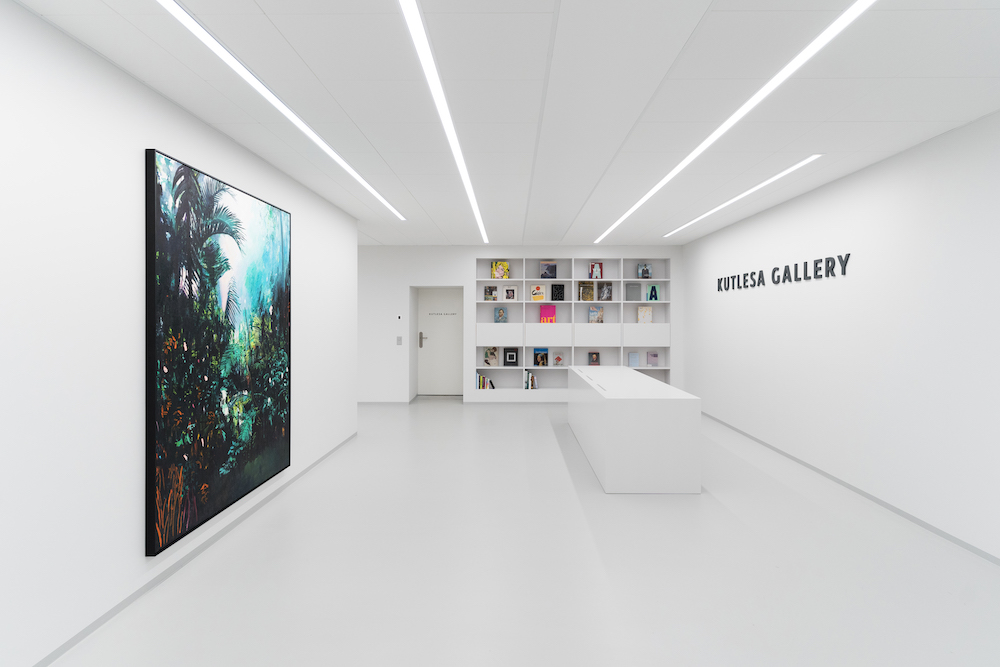 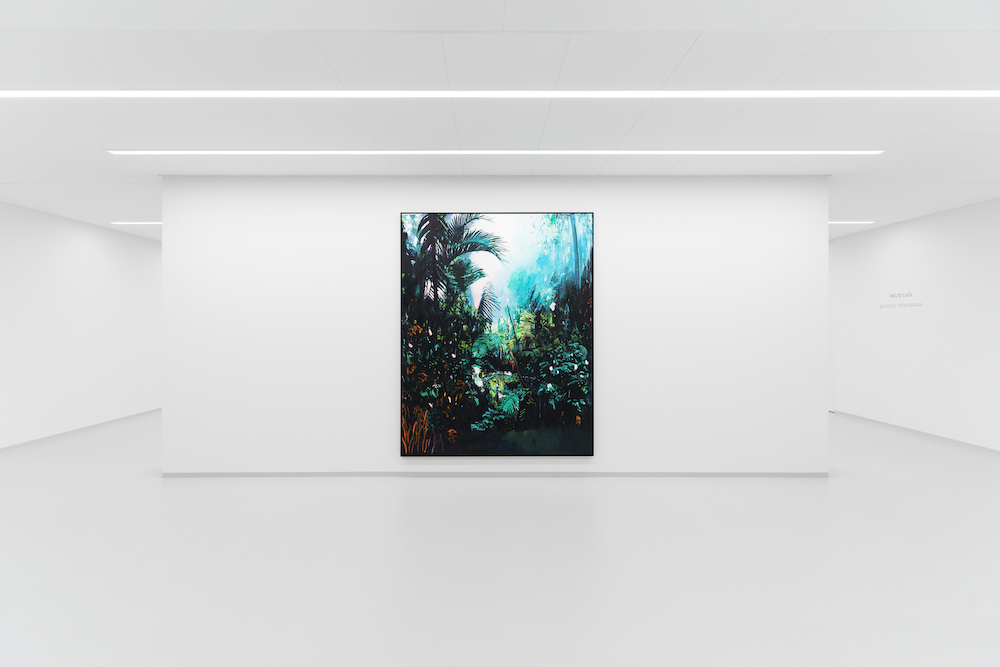 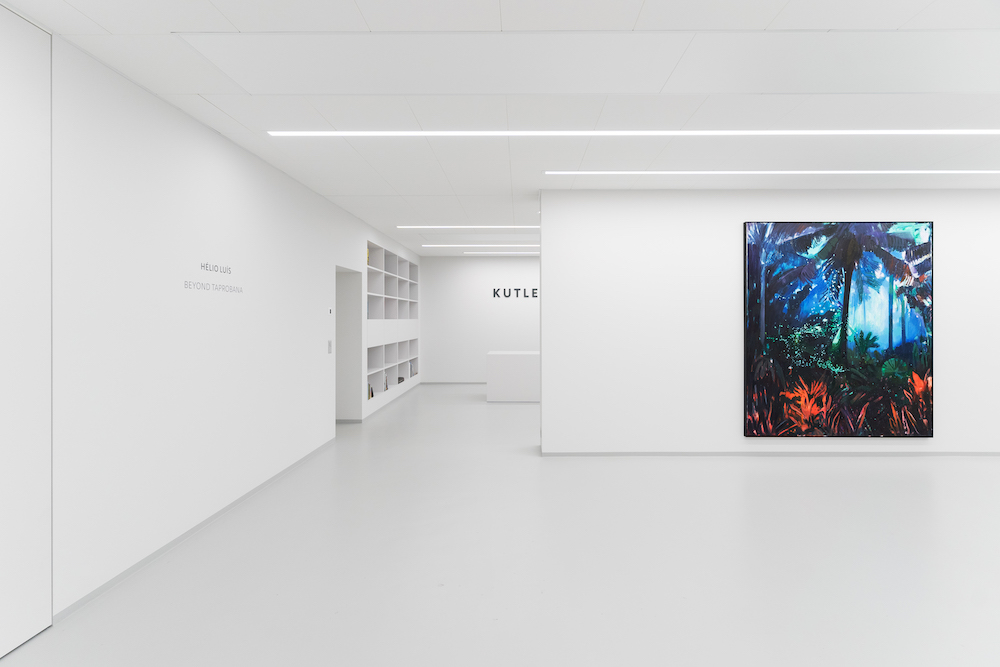 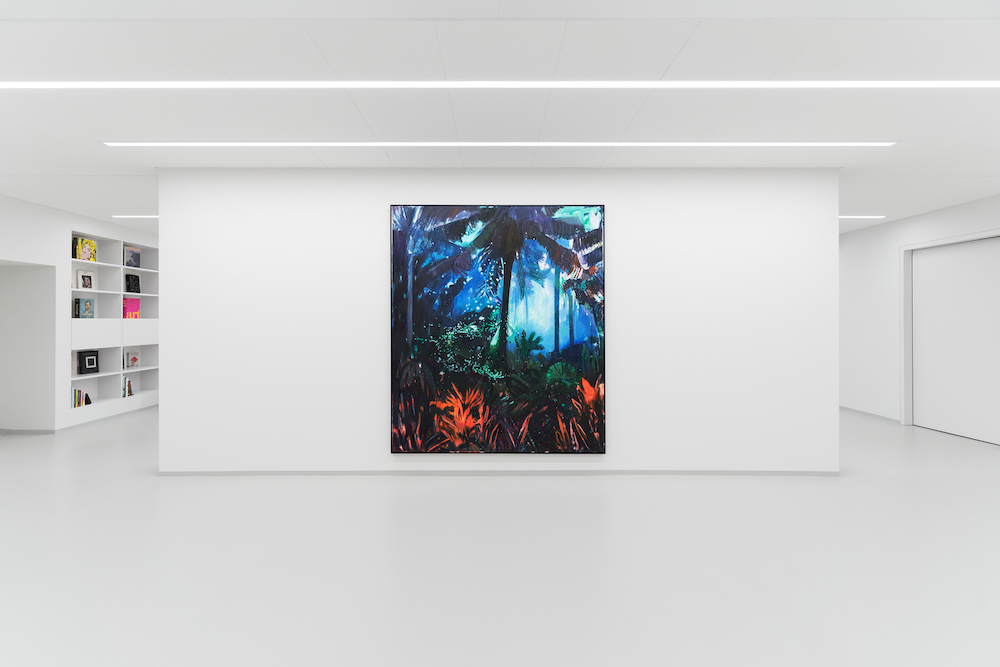 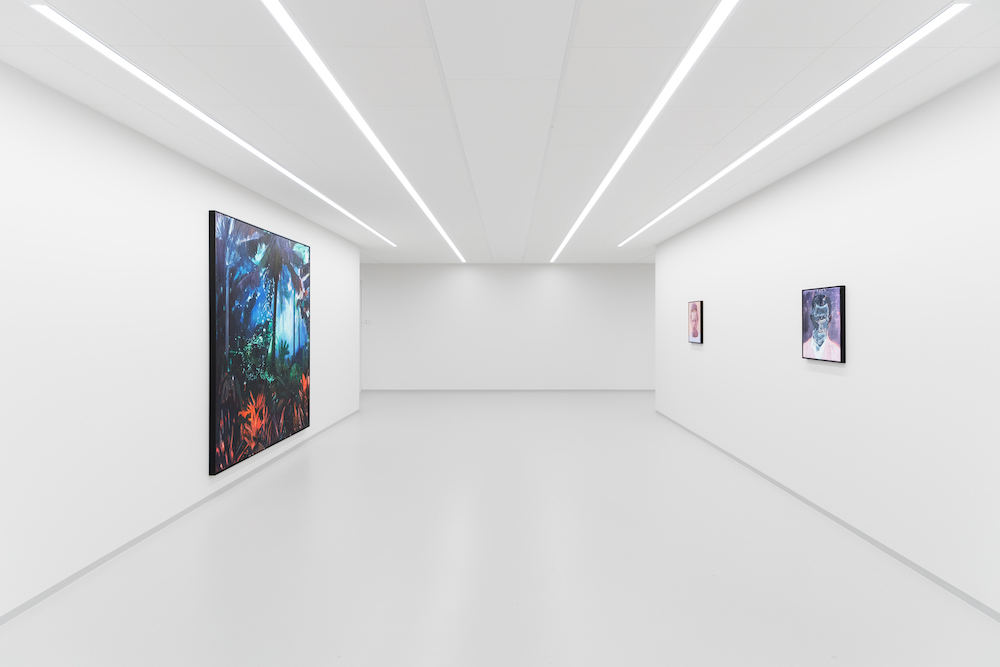 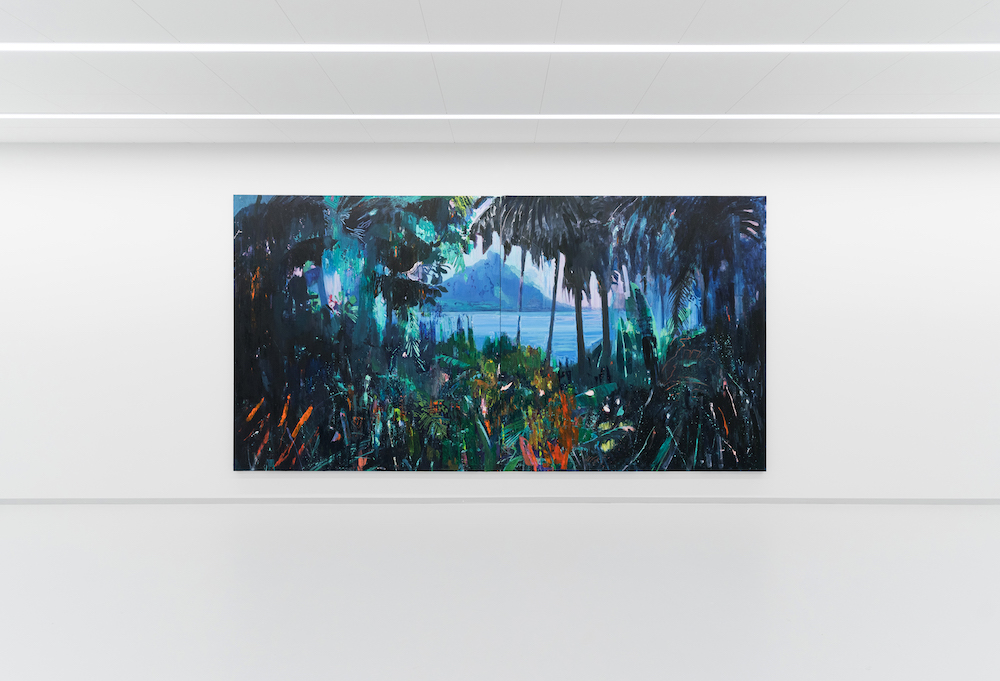 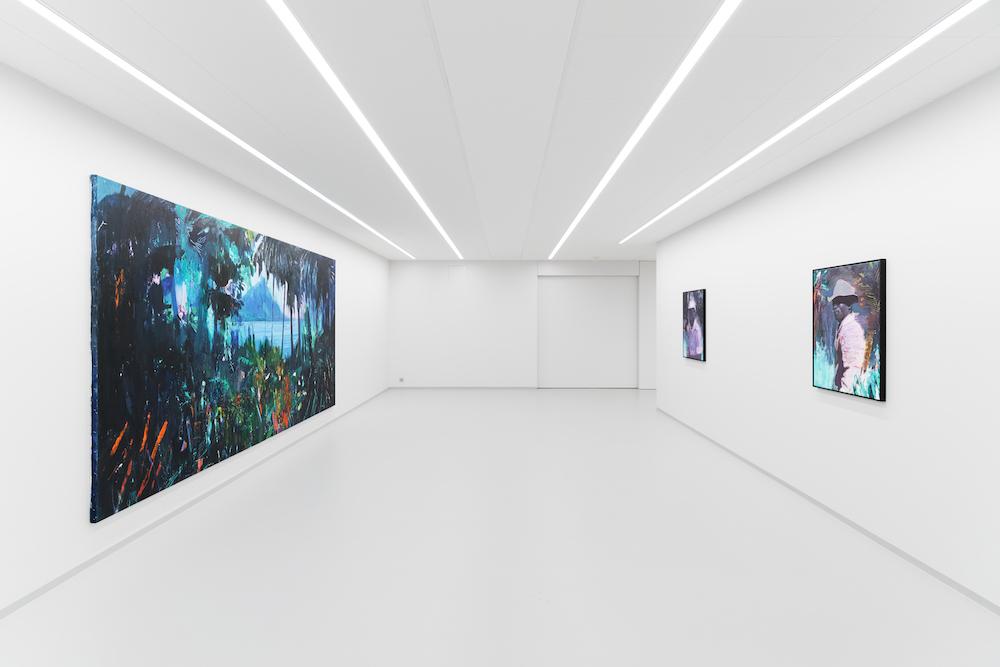 Kutlesa is pleased to present Beyond Taprobana, an exhibition of new paintings by the Lisbon-based painter Hélio Luís, on view at the gallery's Goldau, Switzerland location. This will be the artist's first solo show with the gallery.

“Beyond Taprobana” is a line from the Lusiad, a Classical epic poem written by the Portuguese XVI century poet Camões. Taprobana was an ancient Greek name for an island in the Indian Ocean, believed to be present- day Sri Lanka. This indefinite place, a terrain between fiction and reality, is an adept metaphor for the exhibition’s painted landscapes, rooted in concrete spaces and history, but not representative of actual places in the world.

These landscapes emerge through an interplay between imagination and the painting process, accidents and unpredictability carving new paths through layers of paint. Remnants of Portugal’s history of colonial sailing expeditions are woven into the compositions, just as the imagery of foreign lands and “exotic” places are ever- present in the country’s most famous art and literature. These travels, which took the first Europeans to uncharted territories in Africa, South America, India, China and Japan, were also at the origin of slave trade and of the longest-lasting European colonial empire, which ended in the 1970’s after a long and brutal war whose scars remain largely to be dealt with. 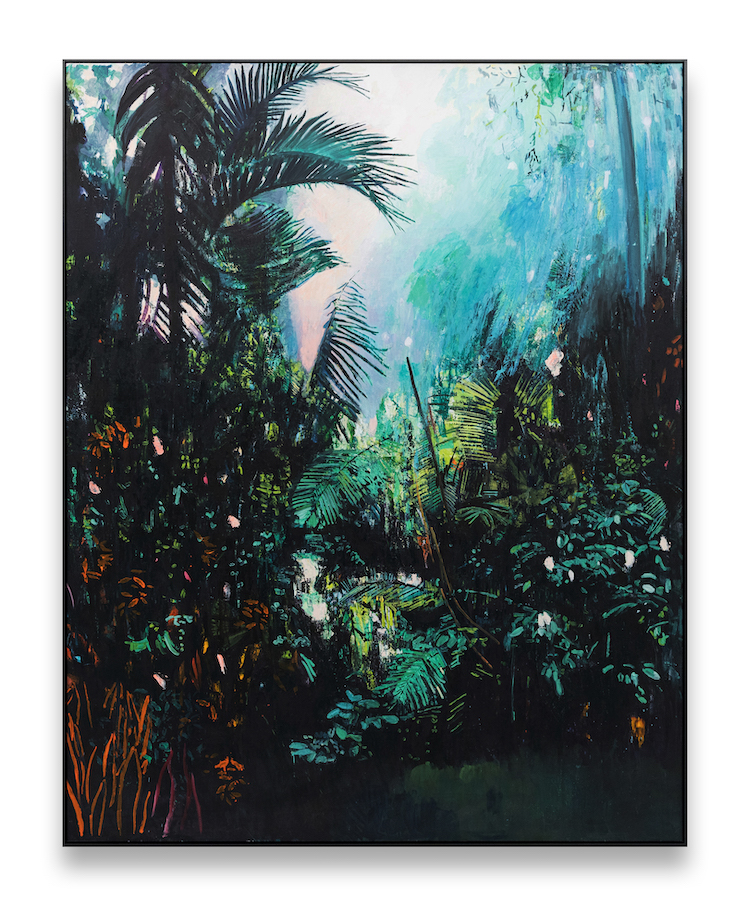 But the works’ critical gaze extends beyond the specificity of Portugal’s history. The impact of European presence within foreign cultures is a persistent theme, witnessed in the paintings featuring Rimbaud, based on photographs purportedly depicting the poet during his stay in Abyssinia. Rimbaud—the genius who revolutionized European poetry only to become an arms dealer and a slave trader in Eastern Africa, the great soul who in Camus’ words committed “spiritual suicide” to become a “burgeouis trafficker”—is portrayed as a human embodiment of European culture and its perpetual role as a colonizing force.

A fully illustrated exhibition catalogue will be published in 2022 by Kutlesa Books.

Hélio Luís (b. 1980, Portugal) is a Lisbon-based painter whose large format-paintings depict a space between reality and the imagination. Sourcing from literature, photography, and archival cinema, Luís confronts fraught and complex legacies such as the presence of colonialism and the “exotic” within European art and Art History, contextualizing them within the contemporary world. Luís’ gestural handling of paint ranges from the subdued to the boldly expressionistic, the technical application and materiality taking a foreground in his practice. Vibrant hues and discernible layers are juxtaposed with a refined, traditional figurativism— a collision of the past and present on the canvas.