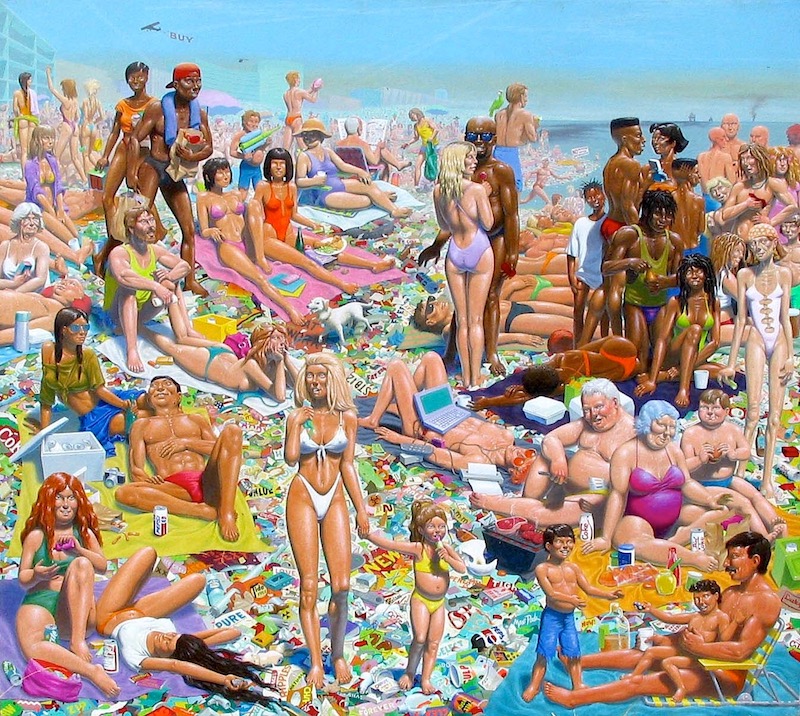 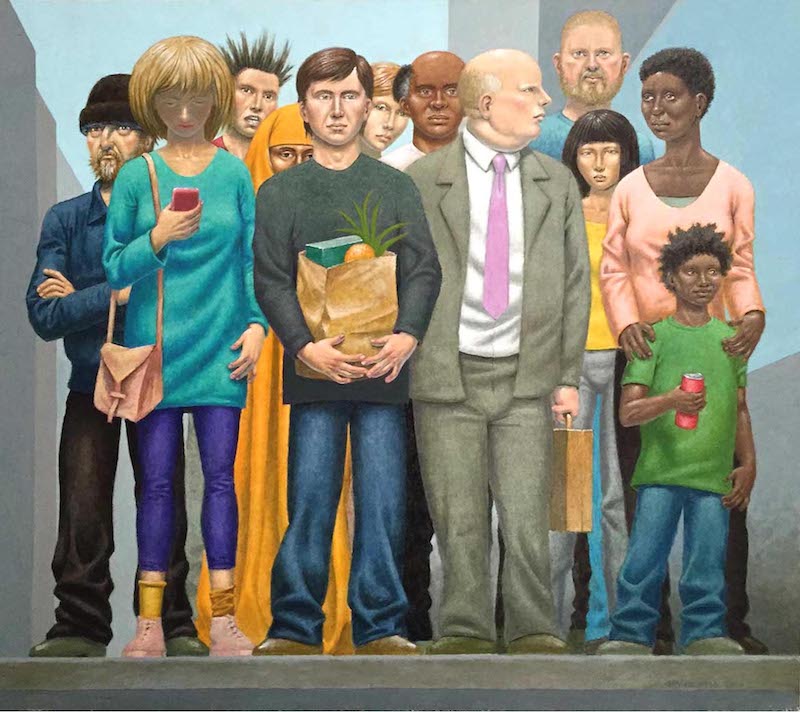 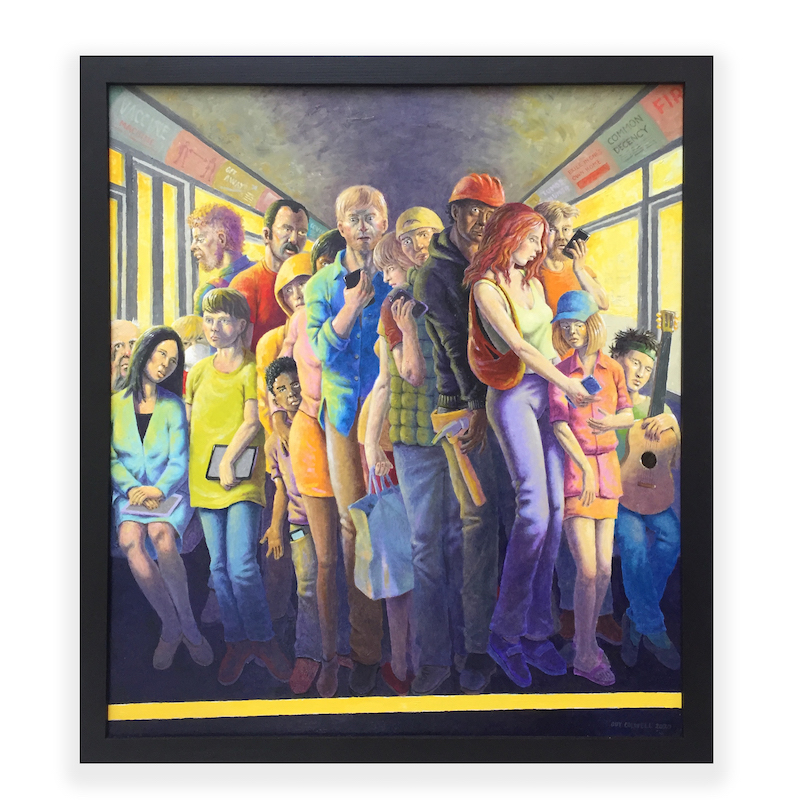 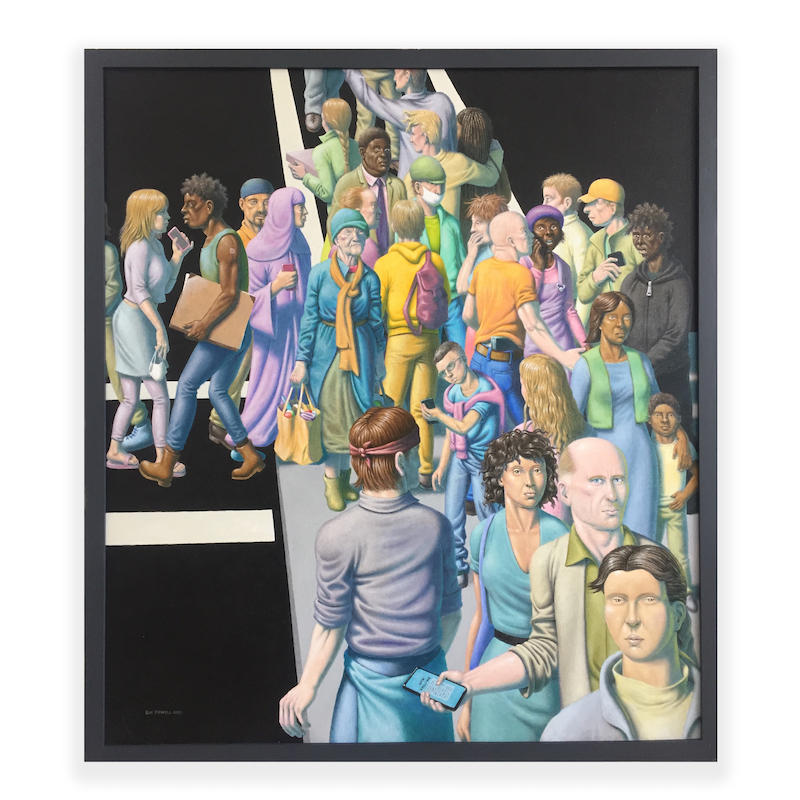 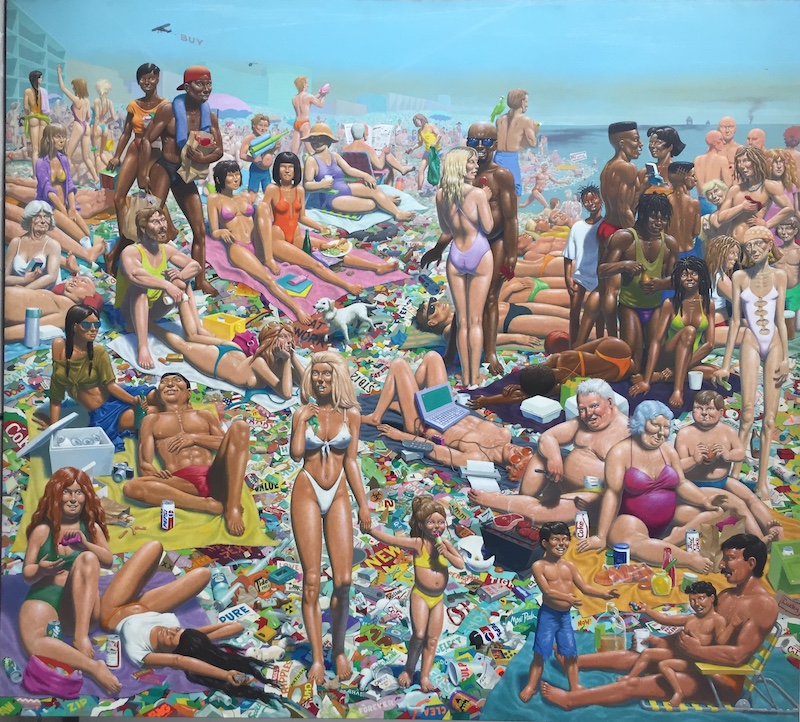 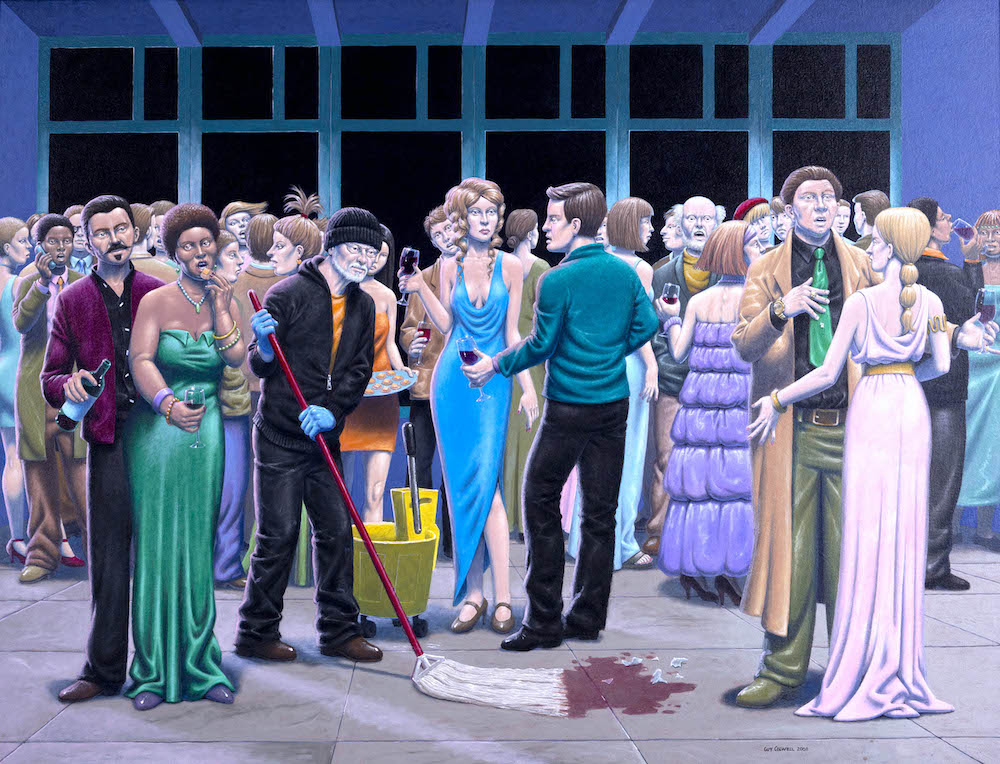 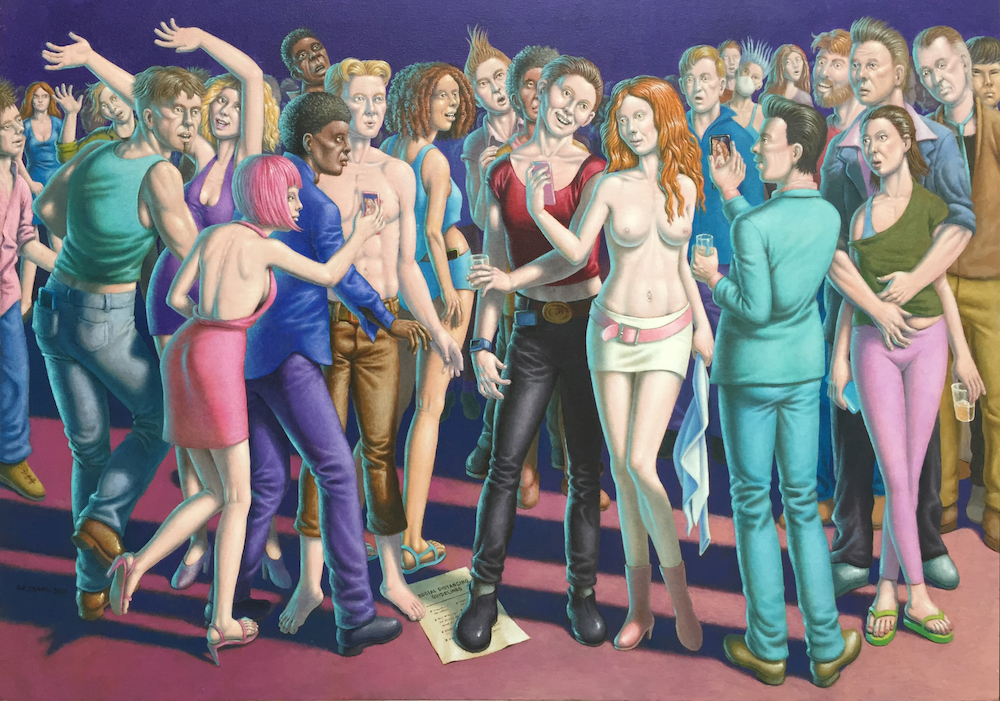 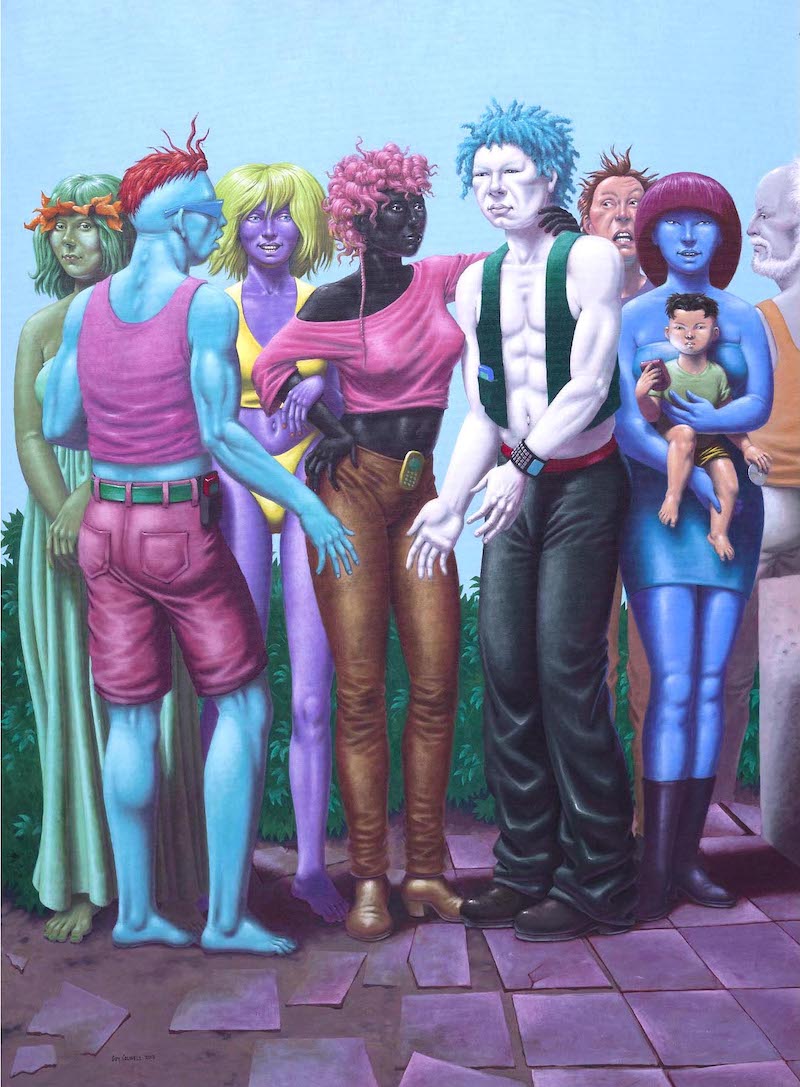 It’s still jarring to see a group of people, massed together, maskless, and even perhaps more jarring, to consider how quickly our perceptions of society and gatherings have changed in just under 15 months. But the way our roles in society are manifested, and hierarchies established,  by birth, in some cases, has not changed. This is the heart of the work of Guy Colwell, the Bay Area artist who has, for decades, painted in the sort of social realistic style that is rare in the 21st Century.

In Challenger, Colwell’s second solo show with Los Angeles’ La Luz de Jesus Gallery, the works speak to the “plasticity of human hierarchies,” and the results thereafter. How much these works speak to the times in which we live, many painted before the pandemic’s global reach, is striking. One work, xi could easily be a commentary on the overcrowding of Southern California or Florida beaches in the early months of 2020 while a virus raged on. Seen in a different light and completed in 2001, Litter Beach also describes an even more pervading, historical plague of a society where “waste and pollution are choking the planet to death.”

What makes Colwell so fascinating in that his work is a timeless, unsparing political commentary, heated with a big dash of biting satire. There is also something so quintessentially Californian in these pieces,  portraying  homelessness, extreme wealth, and debilitating poverty, all mixed together and often existing on the same street. He is often called a "Figurative Social Surrealist," with a comic-book aesthetic. In a world where we tend to skew toward safer dialogues, Colwell is out in front, challenging us in Challenger, to not cross the street, but arrive at the scene and ask the questions. —Evan Pricco