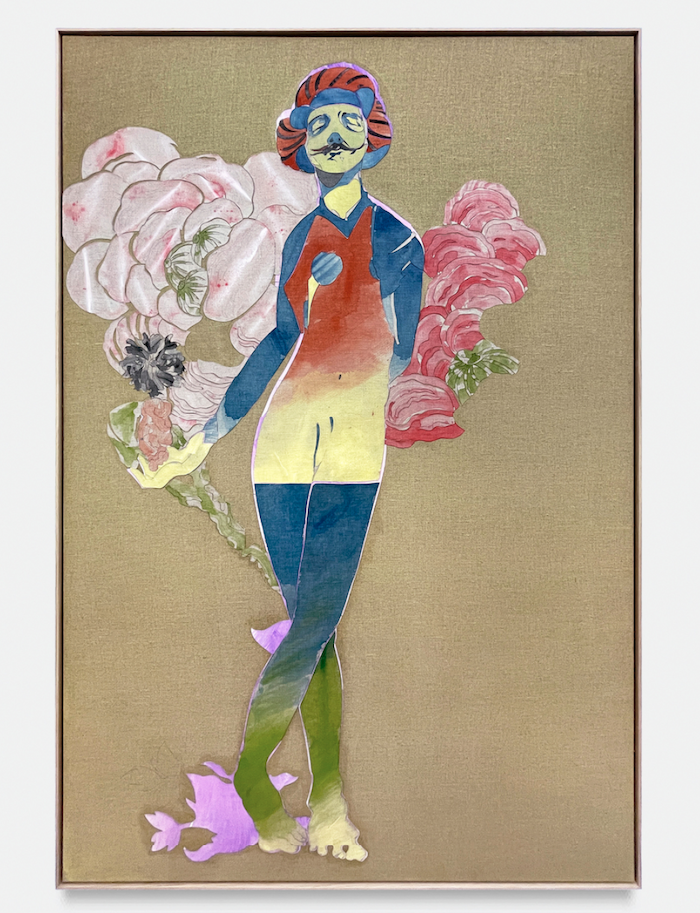 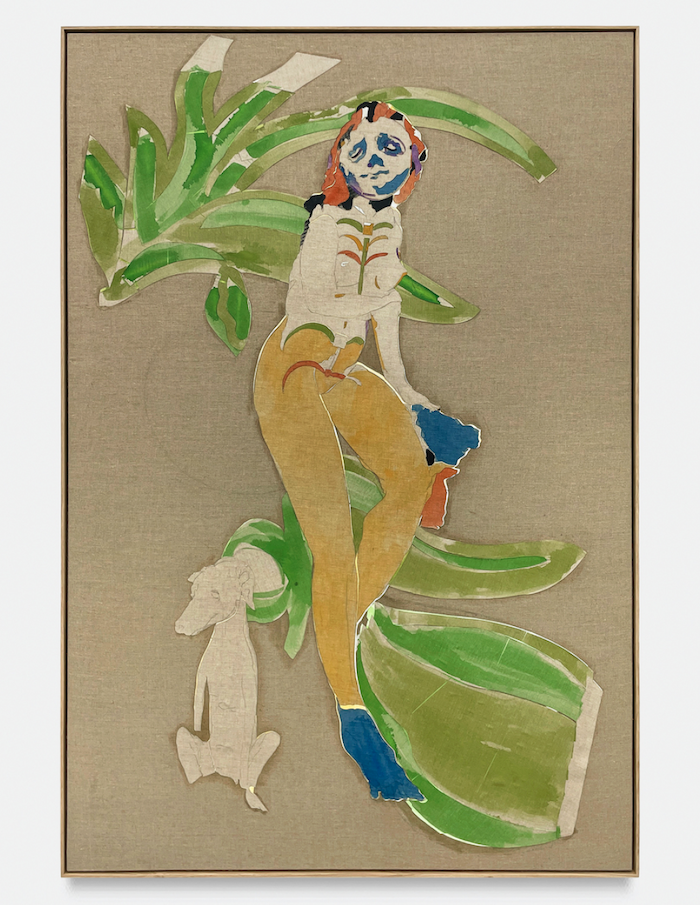 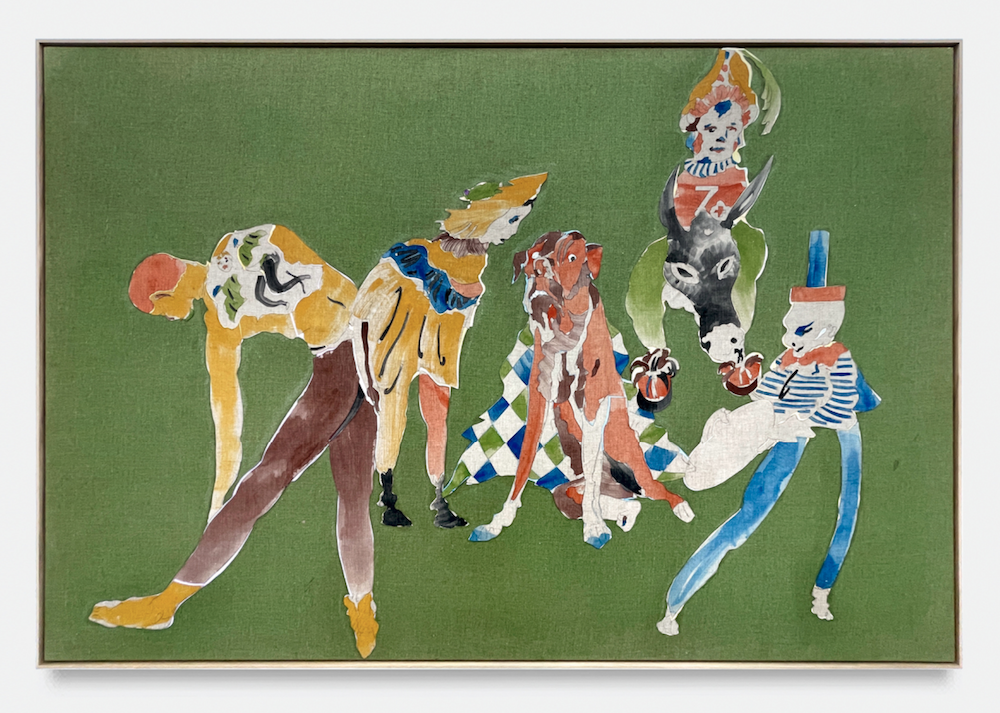 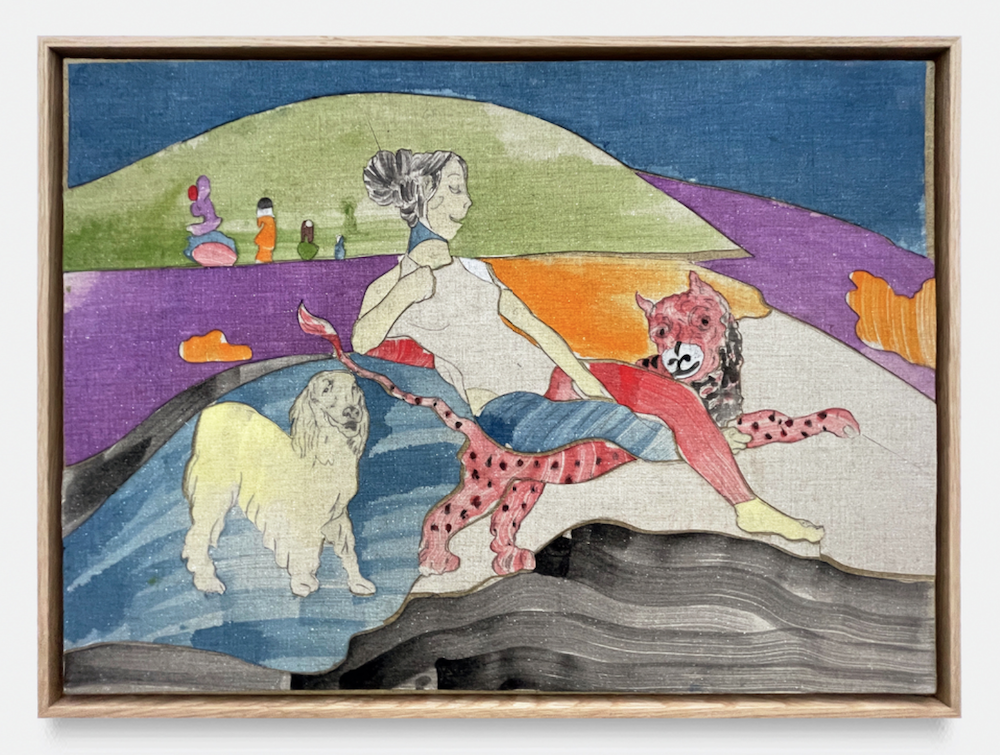 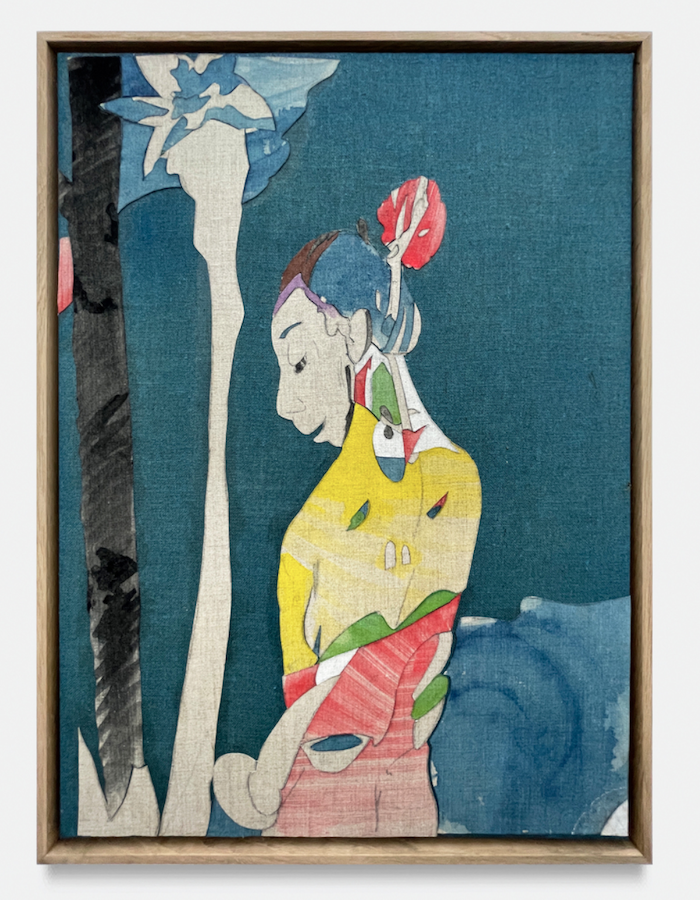 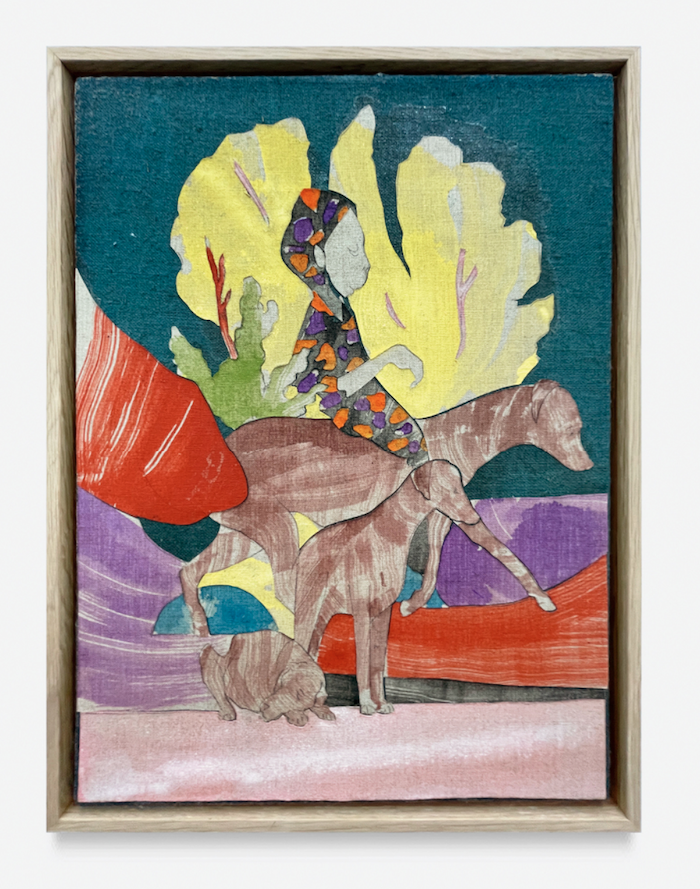 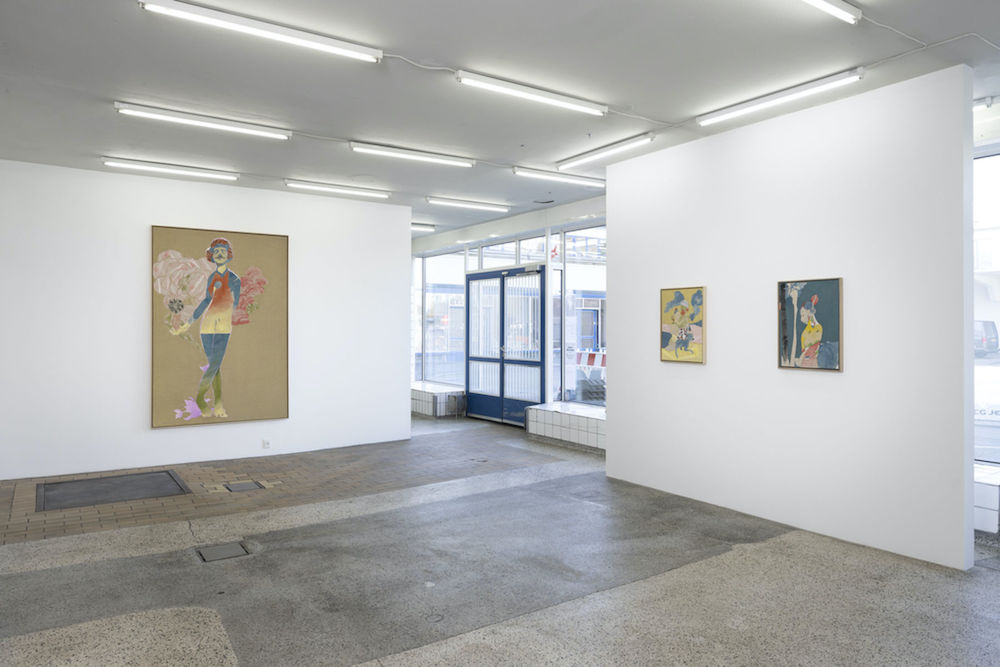 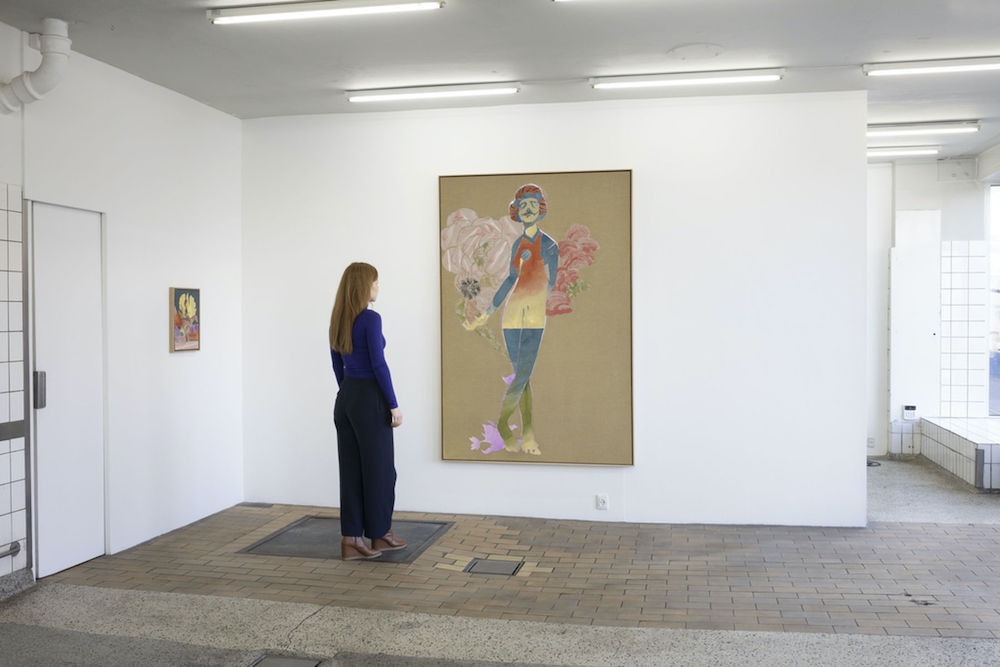 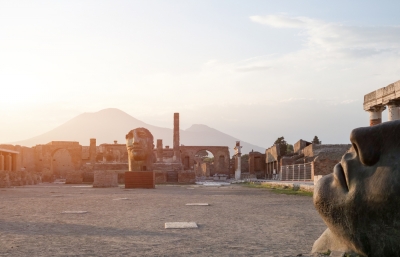 Last Supper in Pompeii: From the Table to the Grave @ Legion of Honor, San Francisco 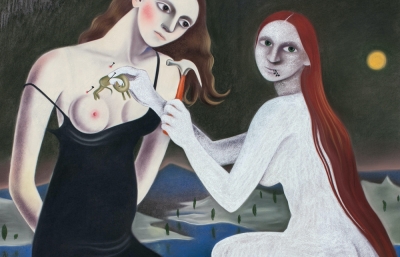 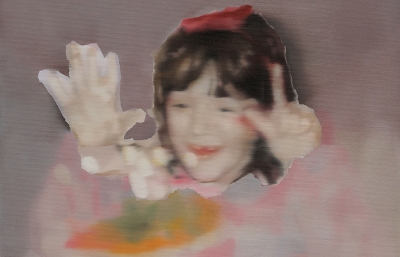 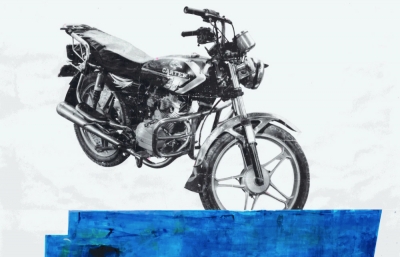 “Goodbye horses I’m flying over you, goodbye horses I’m flying over you”, reads the song dating back to 1988 by the American singer Q Lazzarus from which the title of this exhibition is taken. What is incisive in this obsessively repeated phrase—in a sound that evokes both lament and pleasure—is the use of the English word “over.” It designates a shift from one point to another, a crossing, a curvilinear movement—real volatile experiential learning and therefore anything but immature. It is the flight of a bird-man (the term angel originally derives from the Sanskrit acati or go, wander, travel, fly over)— full of a life that transforms into a philosophy of life, his aerial path is arched like an overpass that leads to a different level of consciousness, a detached and conscious enlightenment that rhymes with the loss of innocence. His flight does not cross life but observes it, consciously recognizing its textures and scents.

The starting point of the body of work present in the exhibition is a series of sketches that Kaspar Oppen Samuelsen completed in Paris in 2019 or before the new virus reached Europe and everyday life, and indeed before the way of experiencing life and the world itself radically changed. Another extremely relevant element in the artist’s journey from that year to today, was the overwhelming experience of the loss of his mother. Here the overflowing nymph—ever-present in those original sketches—finds herself dealing with visceral upheavals that have repercussions both in the evolution of the research carried out by Oppen Samuelsen and in the inevitable expressive transformation that now finds new forms of manipulation. That hustle, that democratic dance, that parade which the works of Oppen Samuelsen constituted the theater is affected by a gentle and slow metamorphosis. The boundary between the dynamic surfaces resulting from an initial disintegration of the drawing, followed by a fleeting coloring as well as an arbitrary and abstract reassembly and the most delicate line that caresses idyllic scenes, seems to become impalpable and silky. Everything is hinted at and at the same time full of its identity and the rhythm becomes cadenced and enthralling like that of a Bolero. The tree is yellow, burnt by its sun and its leaves are lost on the canvas as if the essence had already been given away by the stroke; the animal is spotted and amused; the woman is lying and vacillating—her breast harmonious; the flower kisses the cloud; the branch is the color of the sky; a child merges with a ball and crab.

The visual language is always tight, each element present in the artist’s works is in a perennial and tortuous dialectic with all the other elements in play. Each thing becomes the other, the hand becomes foot, red becomes yellow; and each fragment refers to the entire drawing, everything is linked, and everything is also left to be and to manifest itself for what it is. Oppen Samuelsen’s aesthetic approach is very close to the concept of “otherness,” strongly defended by the French philosopher Emmanuel Lévinas for whom the relationship with the other—in this case Lévinas refers to the relationship between two subjectivities—can only be explained in terms of a communication that lets him be other, indeed it is in the magnificence of otherness that the mystery of life resides. What makes this conception interesting in Oppen Samuelsen’s work is the extremity of this concept of otherness as it refers to all things, to all the ways in which being manifests itself. Here that magical interweaving of visual representations created by the artist grants an aesthetic uniqueness to each element represented insofar as the unparalleled rendering of an arm or a cloud becomes stronger in declaring the correlation of each thing to the other.

Now everything unravels, melts. Oppen Samuelsen’s interest in the motifs of Caucasian carpets becomes clear, everything is quenched but only after drinking from the other’s glass and the angel can fly performing in its curvilinear path and observe those five horses —the five senses that allow us to be in the world—from above but never going beyond the mountains since it is made of them.

Last Supper in Pompeii: From the Table to the Grave @ Legion of Honor, San Francisco 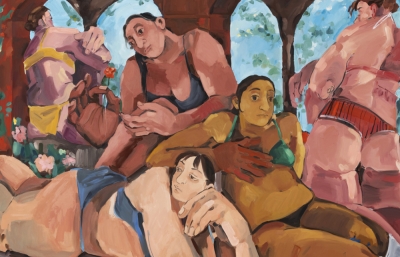 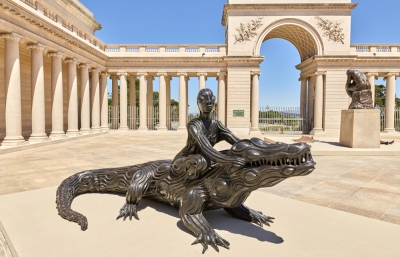 Wangechi Mutu: I Am Speaking, Are You Listening? @ Legion of Honor, San Francisco 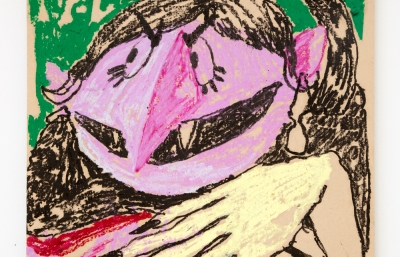