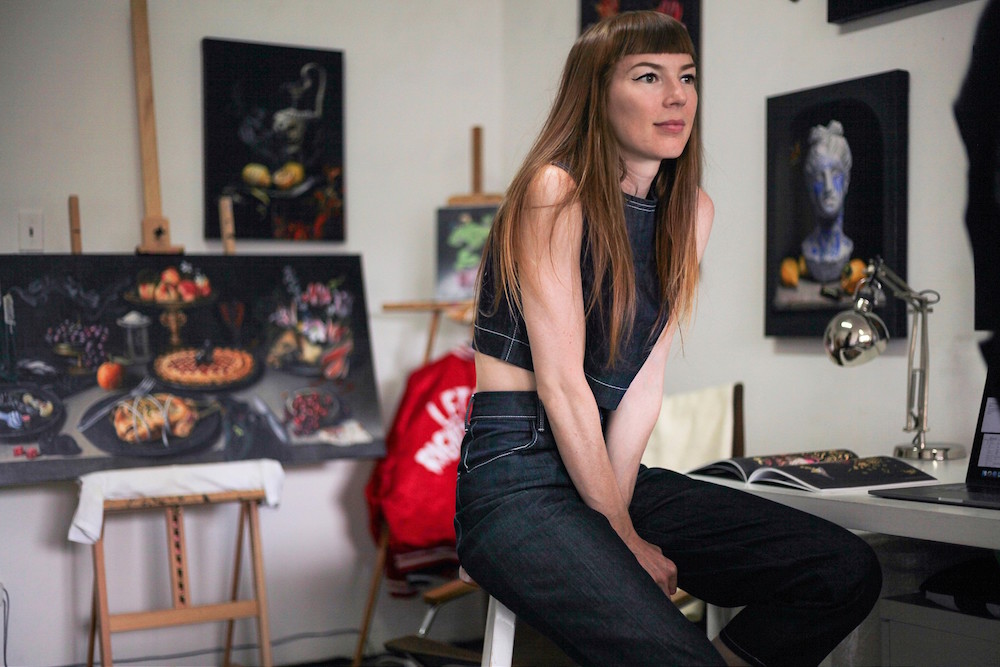 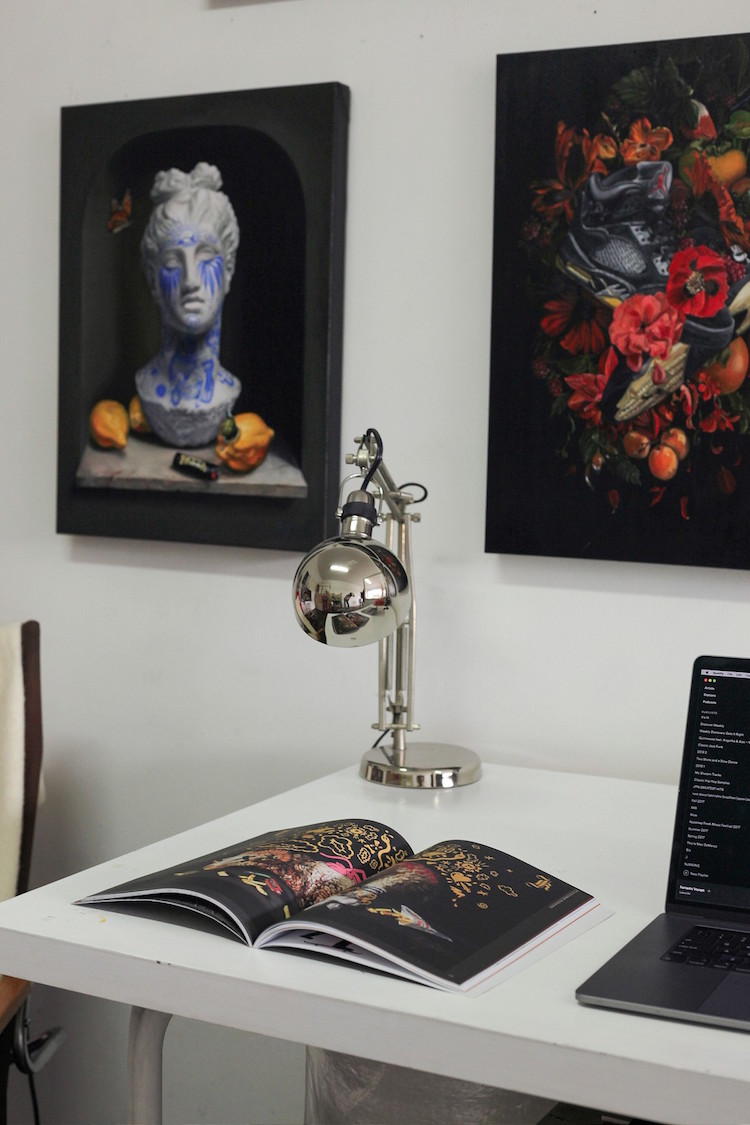 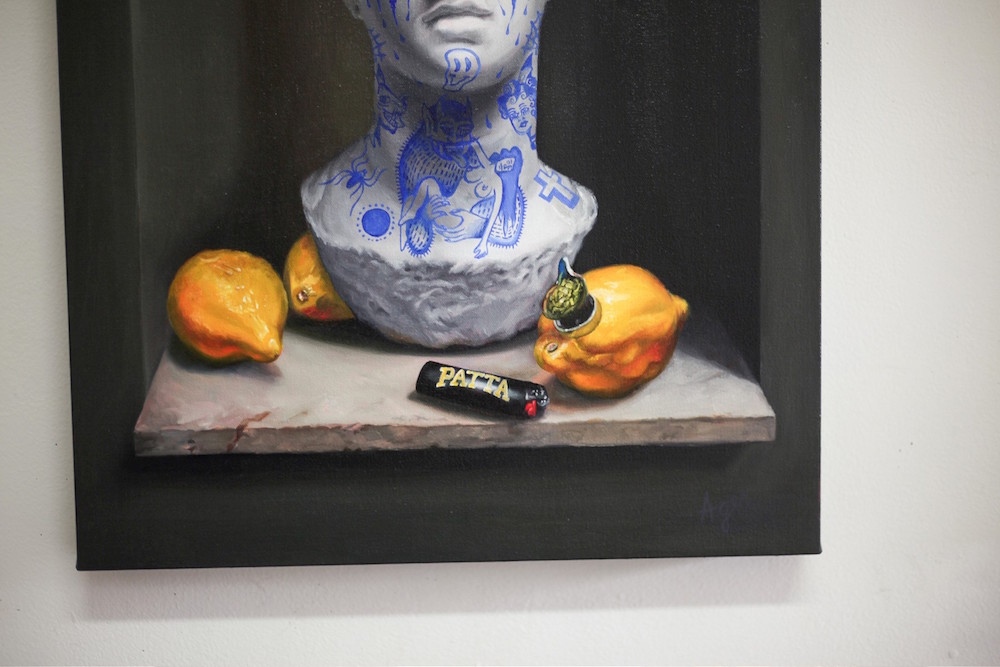 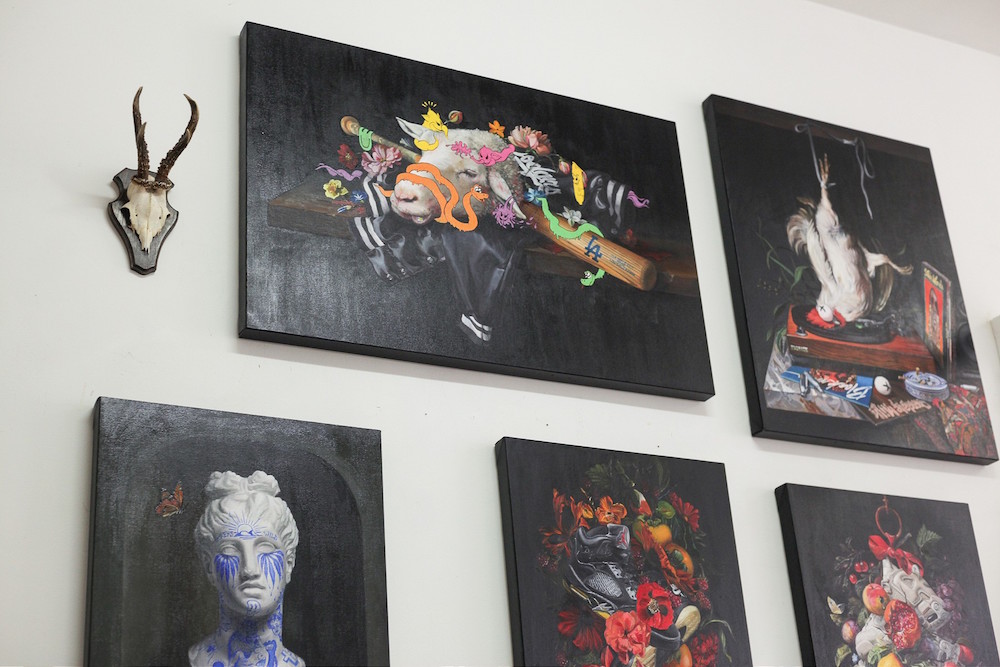 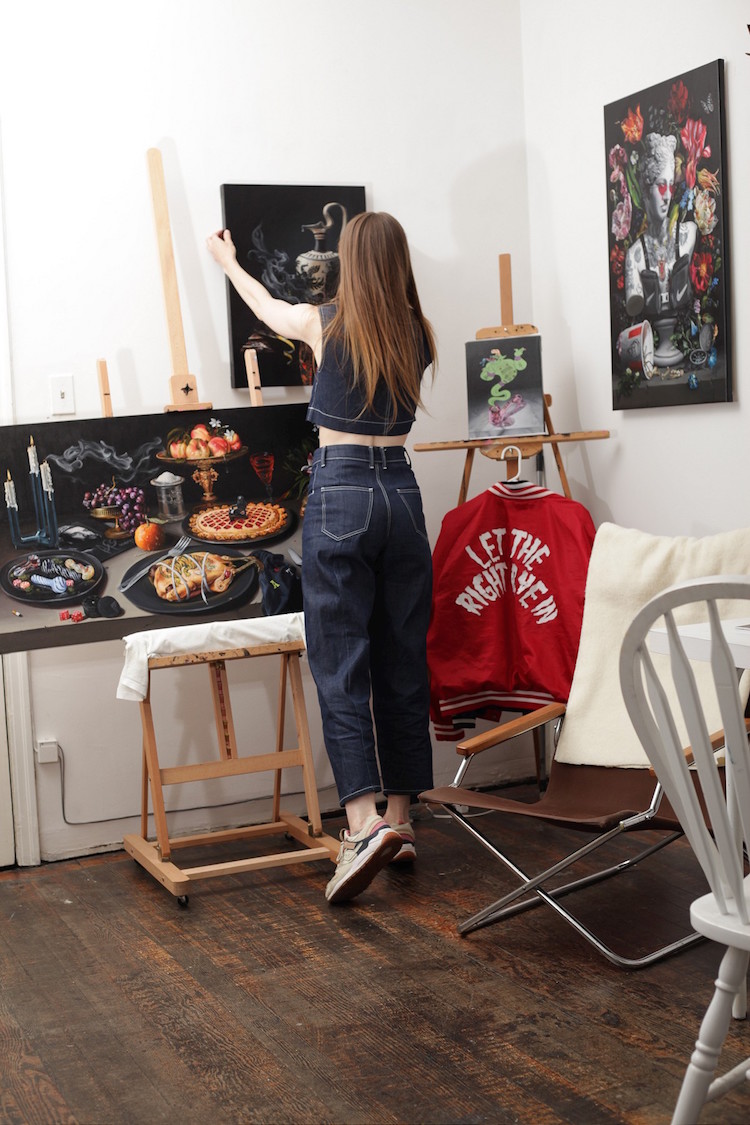 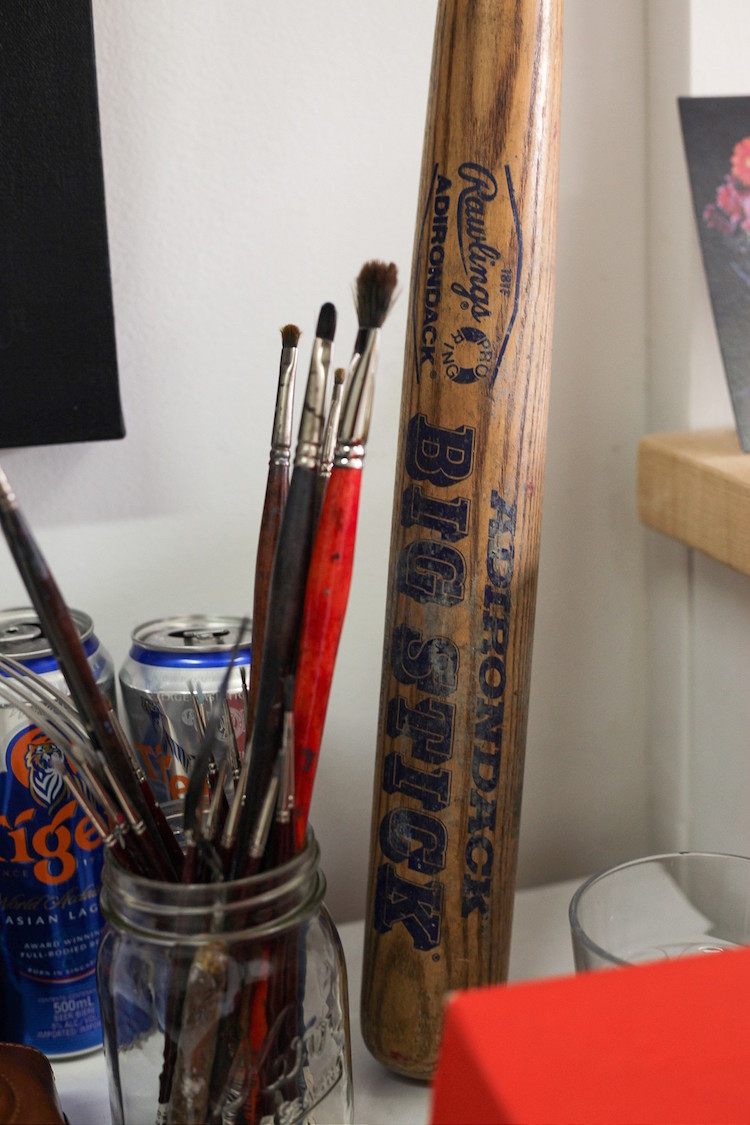 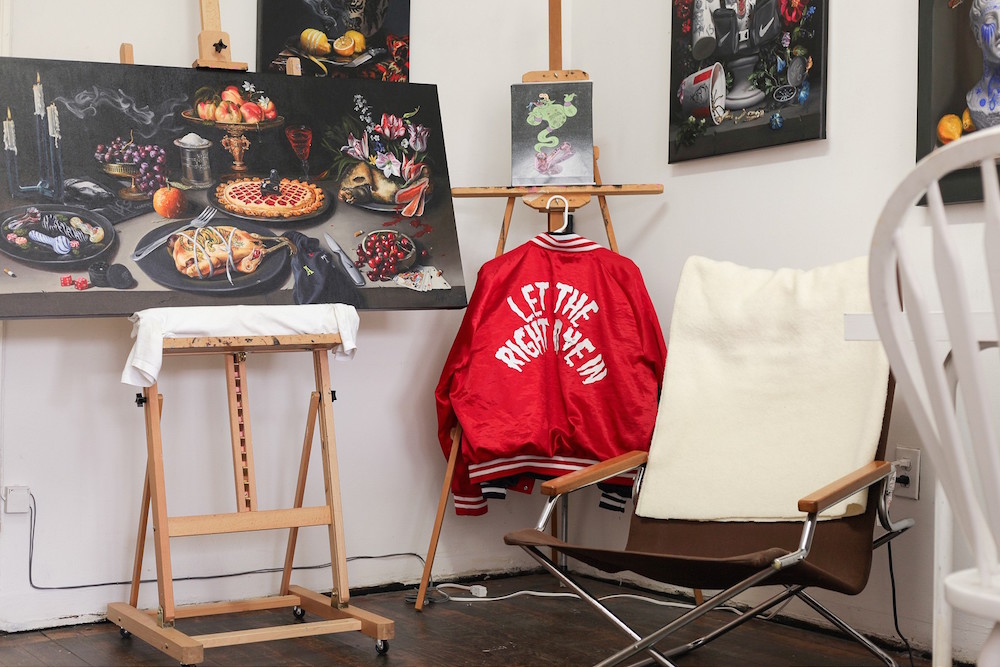 We last caught up with Kathy Ager back in September 2018 as she was moving out of Amsterdam and back to Vancouver, British Columbia. More recently, we got a sneak peek inside her new studio as she wrapped up new works for an upcoming debut with Thinkspace Gallery opening on June 29th.

Sharing the gallery with Jacub Gagnon, Rodrigo Luff, and Reen Barrera, the Canadian-born artist kicks off her US-debut with an exhibition titled Golden Age in Thinkspace's project room. Specifically painted for this showcase, the all-new body of work continues Ager's ability to capture the same atmosphere of Dutch Golden Age masterpieces. Living and working in Amsterdam as a graphic designer, she was exposed to this iconic period constantly, leaving a significant mark on her creative output.

Using the setup, eerie light play, and an obsession with opulent arrangements as key elements of her work, Ager incorporates contemporary, popular, and urban life into each piece. Depicting Nike sneakers inside a rich floral display, repurposing semi-pilled fruit into a weed pipe, adding popular books and records to still-life compositions, or referencing the works of other artists such as Gokita or Parra, Ager playfully reinvents the epochal artistic period through her classy creations. Both personal and relatable for anyone following popular culture and the urban movement, the ten seductively dark works feel like an ode to the decadence of twenty-first-century lifestyle seen through the prism of a most traditional and archetypal era in painting. ––Sasha Bogojev