Ginny Casey is Combing the Honey Home @ Half Gallery 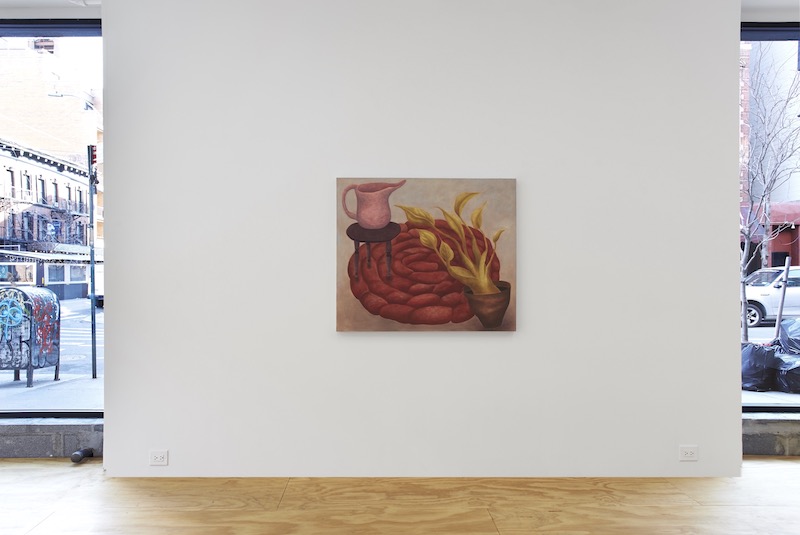 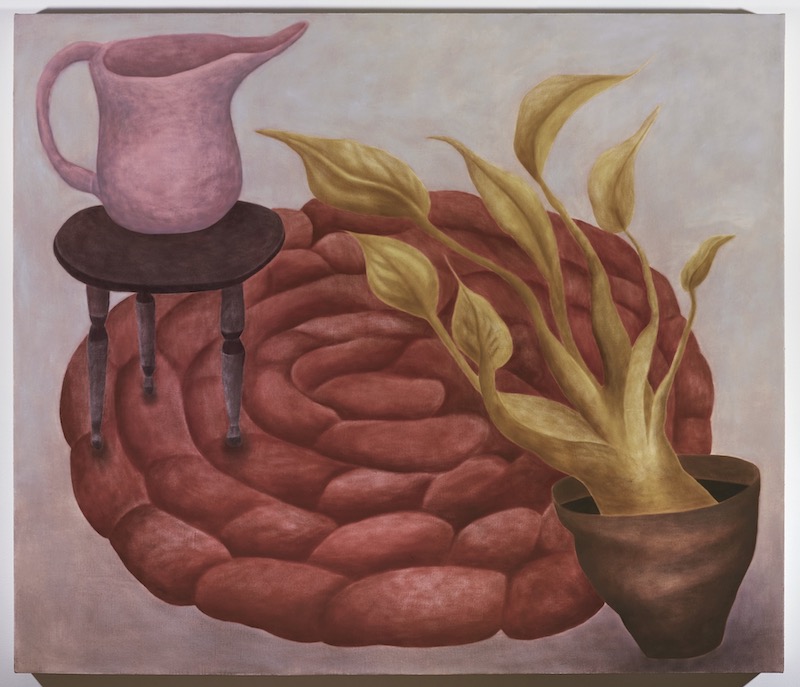 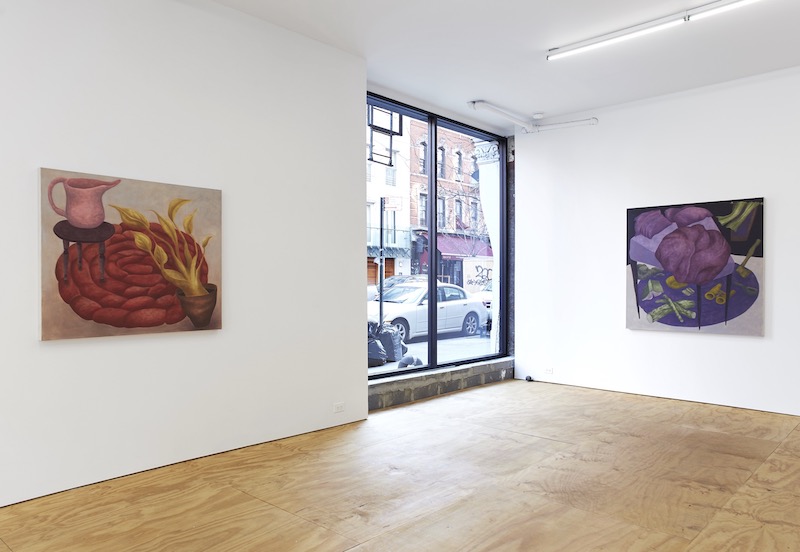 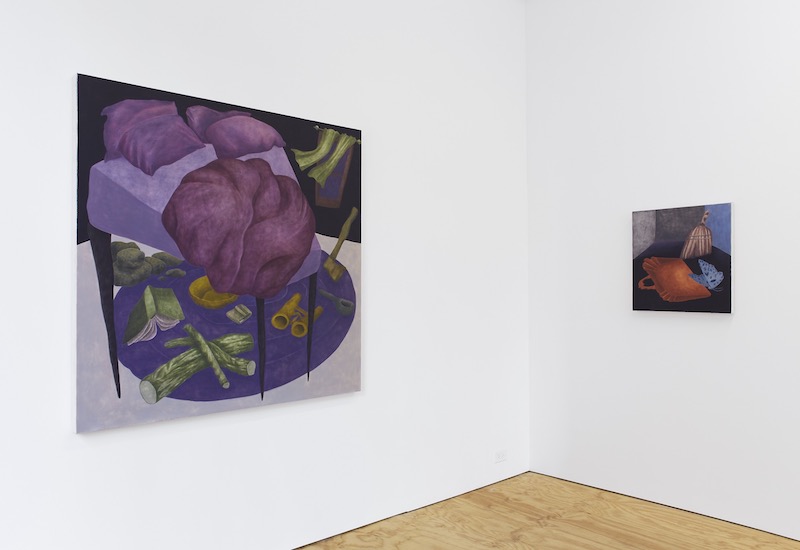 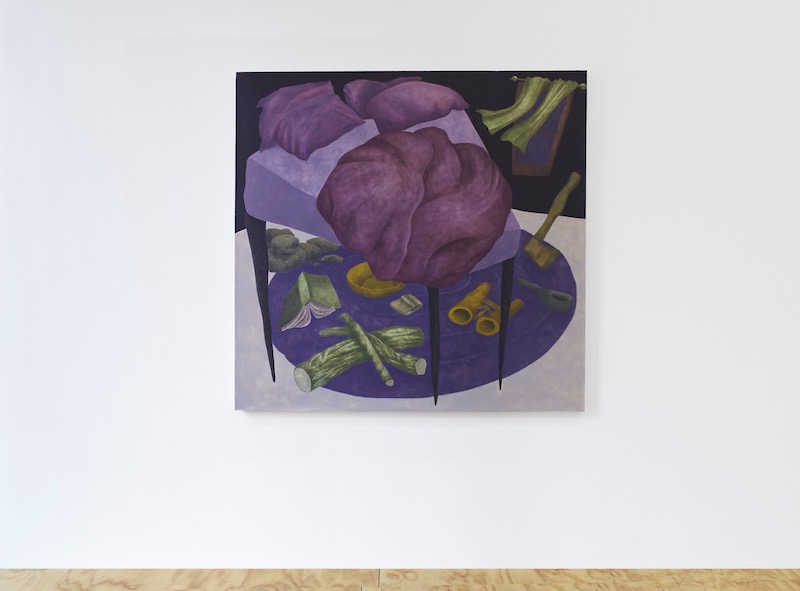 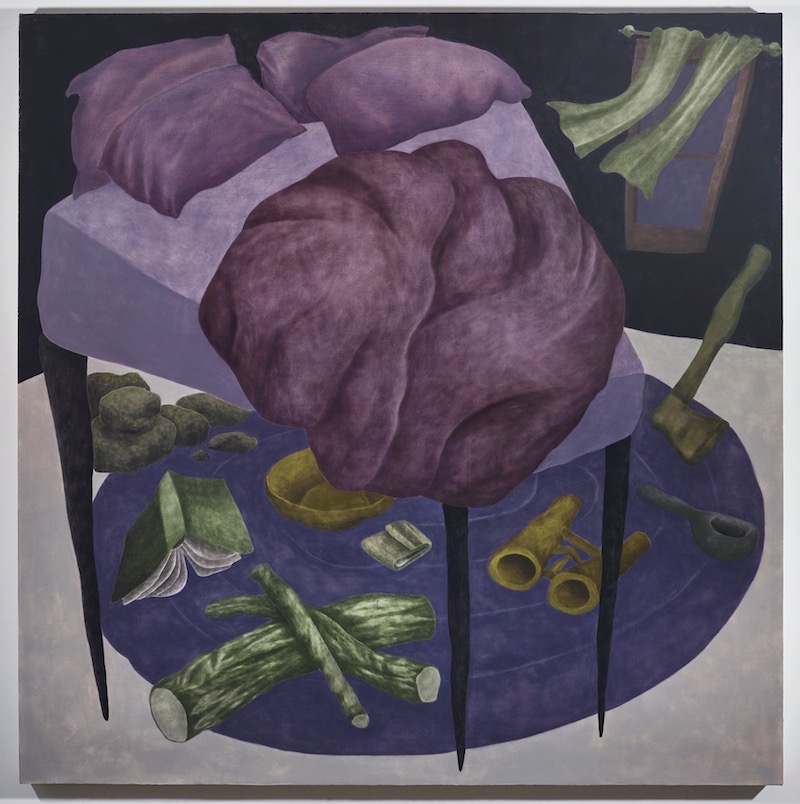 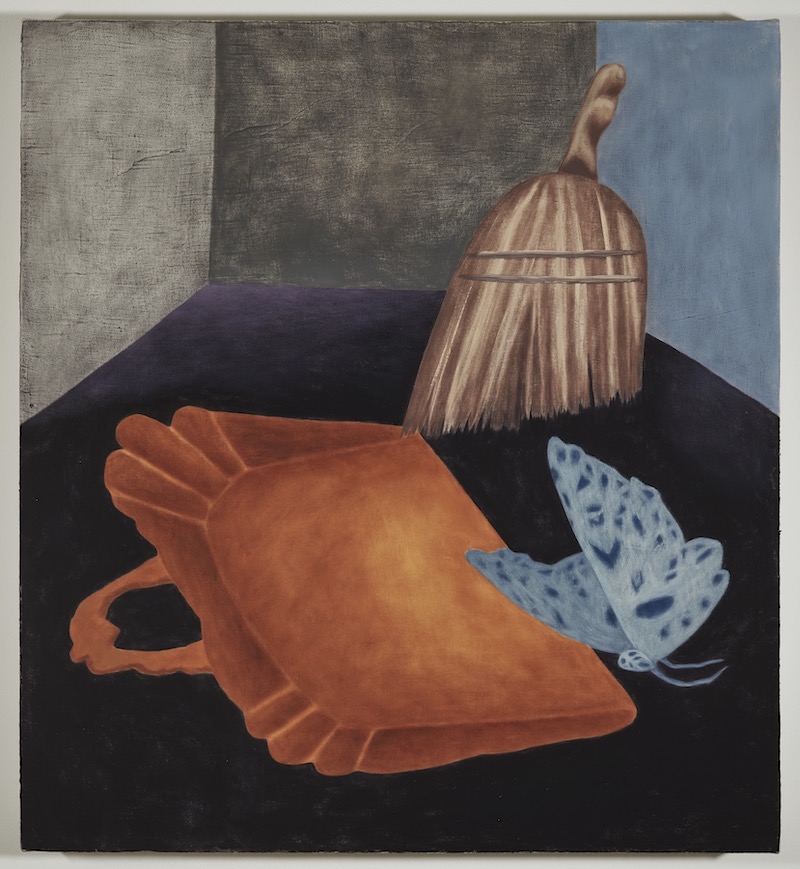 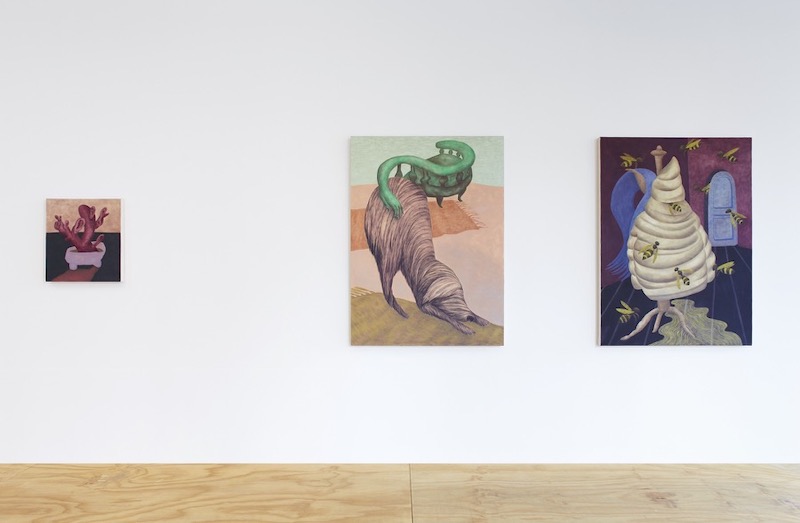 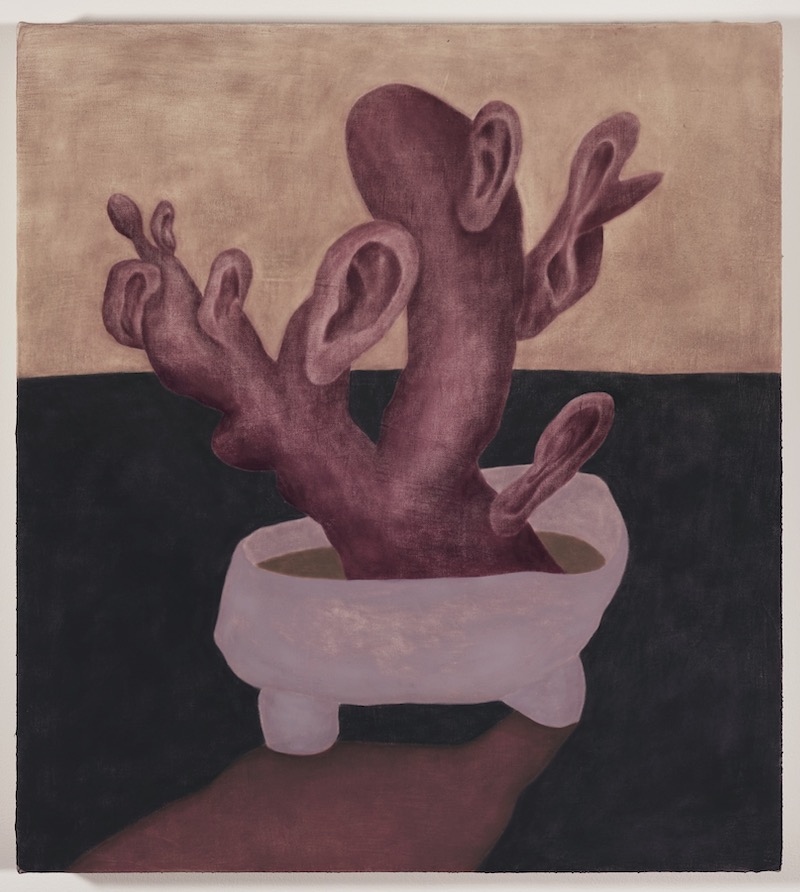 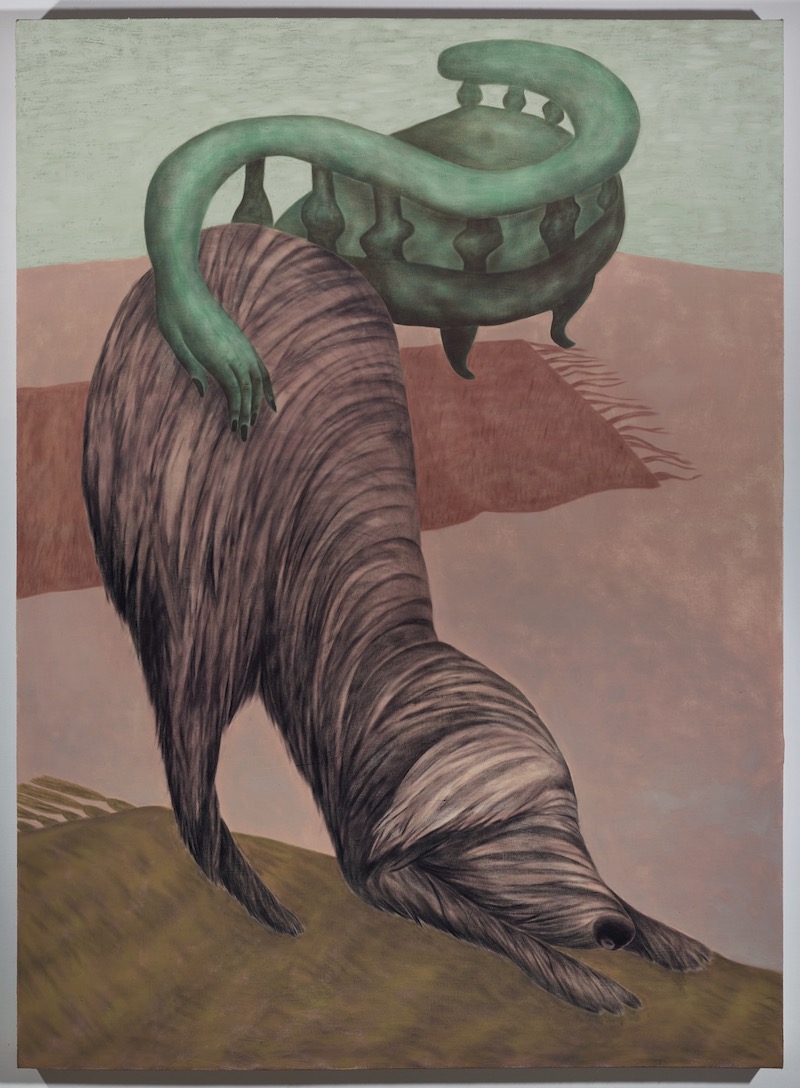 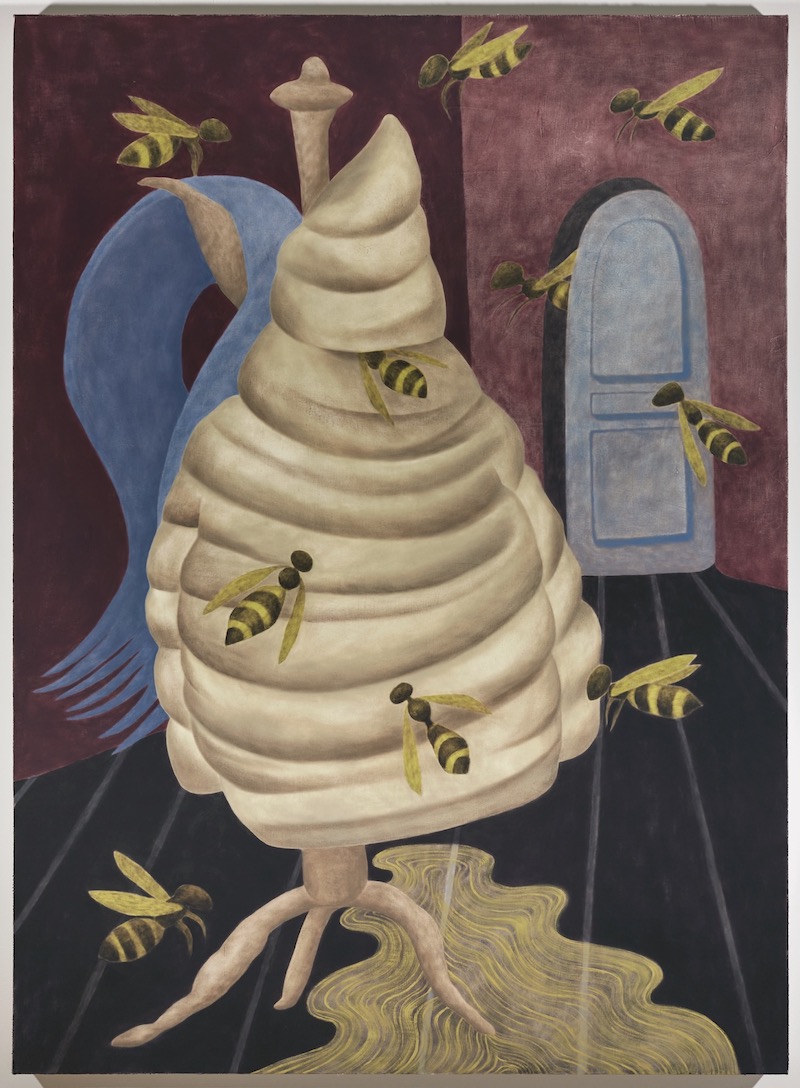 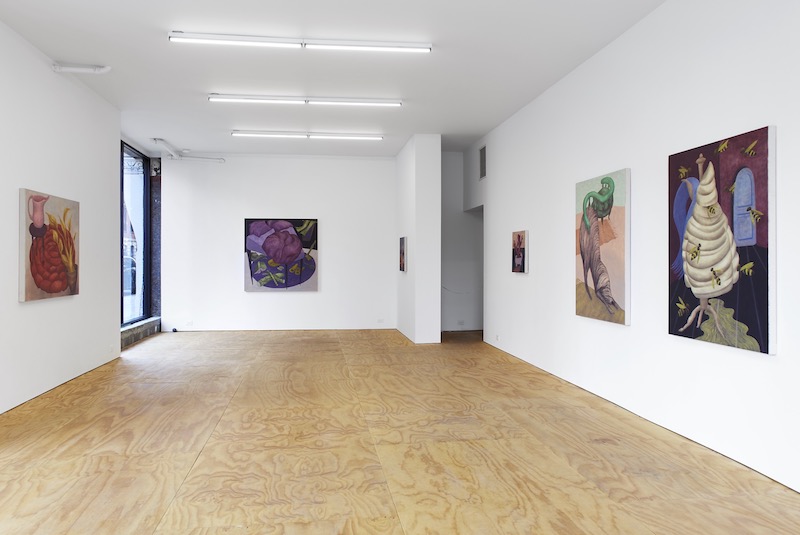 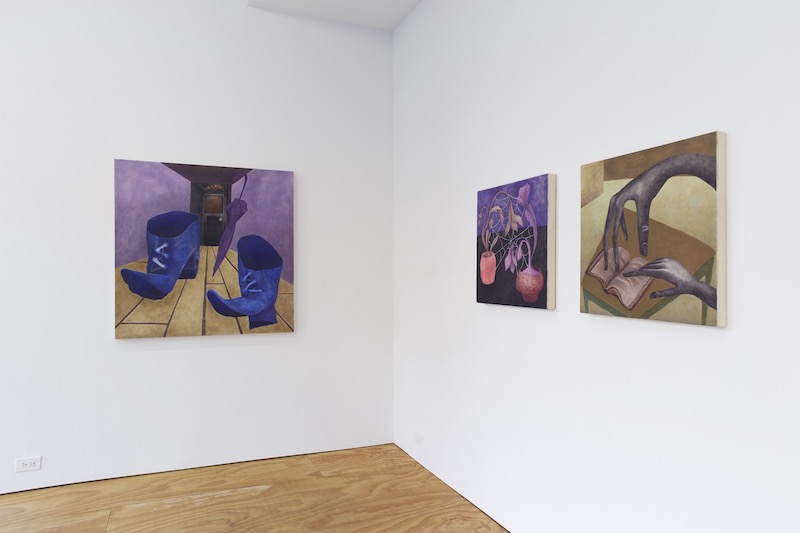 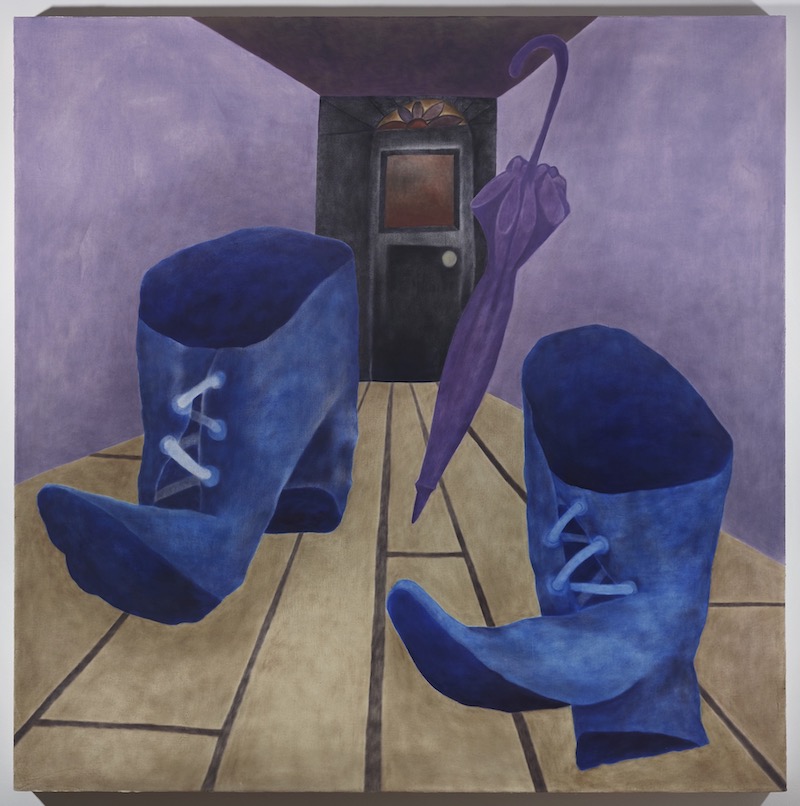 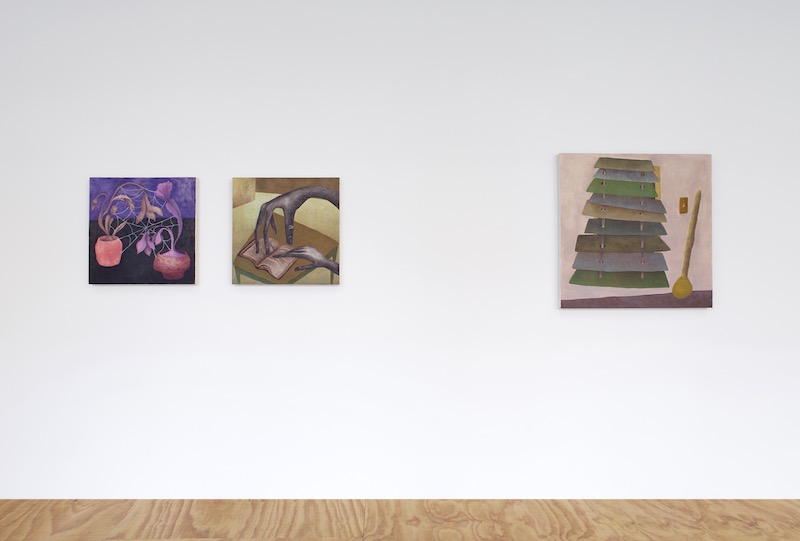 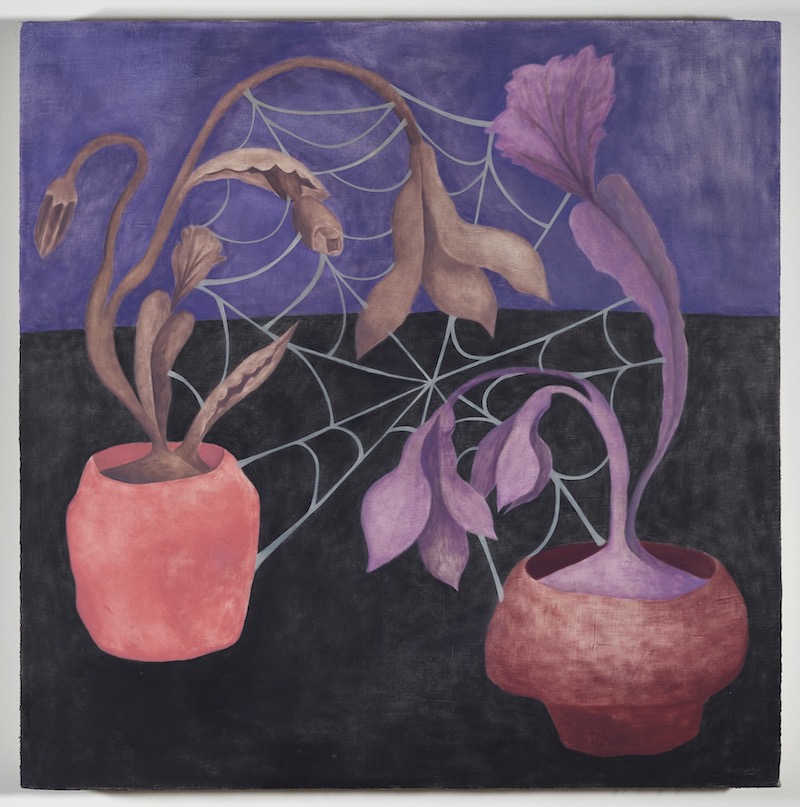 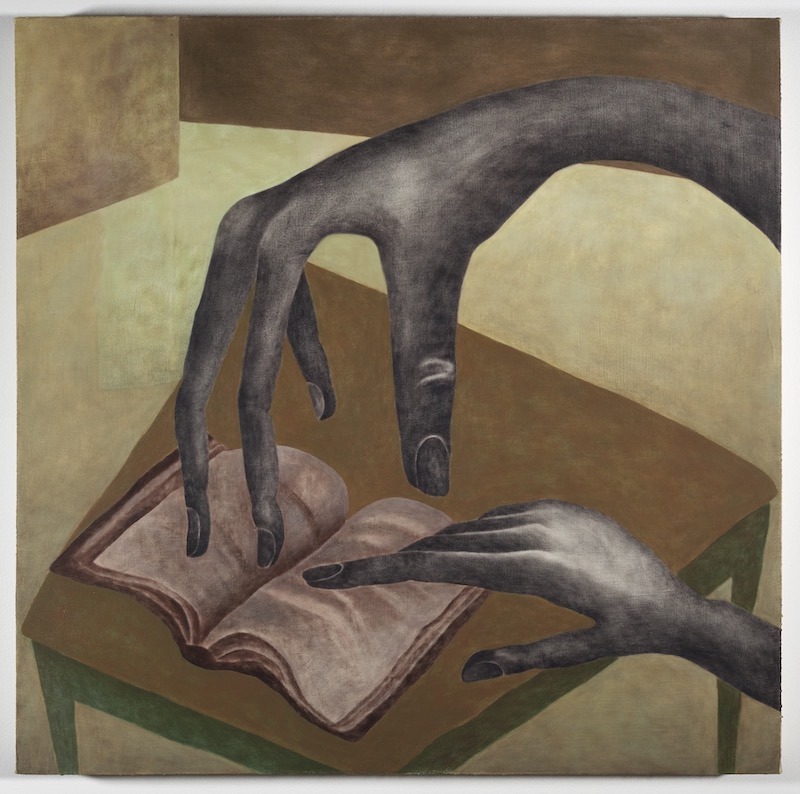 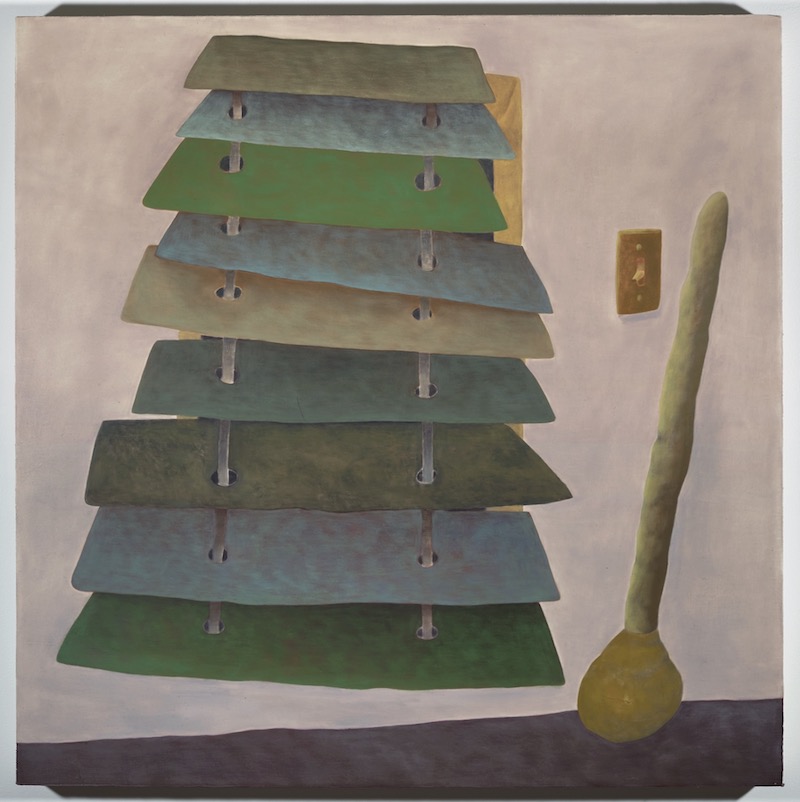 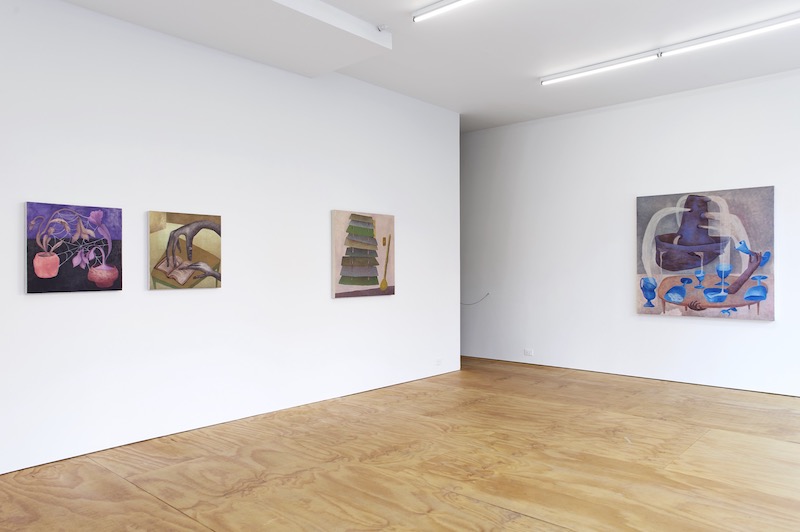 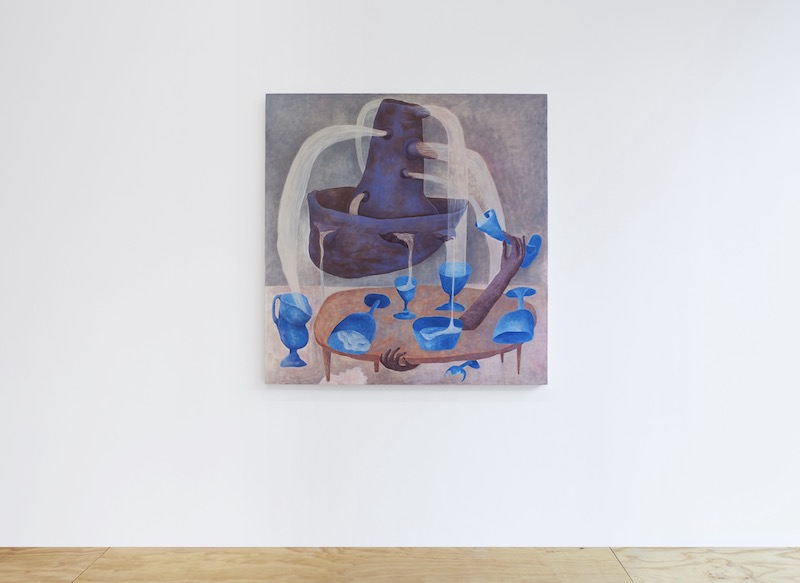 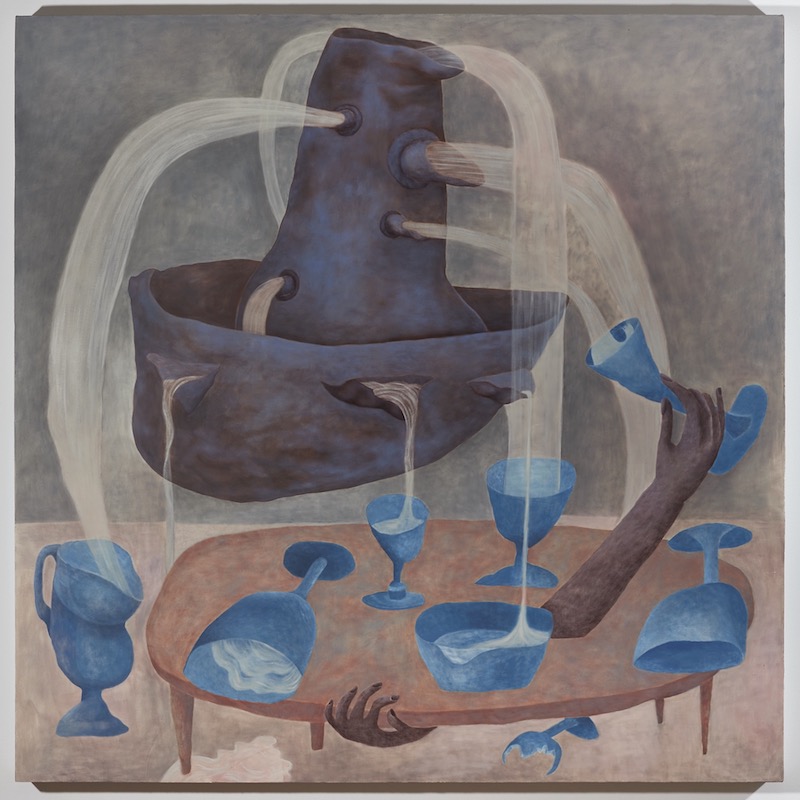 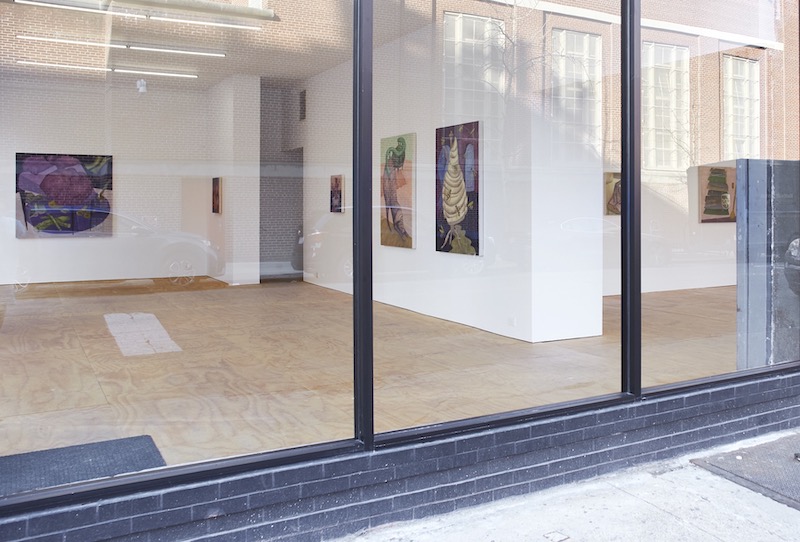 The interplay between organic and man-made was already an important notion in Skeleton Key, Ginny Casey’s last show with Half Gallery back in 2018. Three years later, in the time of a global pandemic and after giving birth to her second child, she continues to explore that concept through a slightly altered lens. Under the influence of those experiences, the artist’s focus turned towards domesticity, especially in relation to the life outside, which prompted the introduction of plants, elements from animal life, flowing water, and other organic-feeling imagery which are juxtaposed against the range of everyday household items that are fraught with symbolism. Additionally, the new work has a bit more variance in terms of the sizes and shapes of the paintings, as well as surface treatment, introducing a greater range of paint application techniques and viscosities.

Although somewhat mysterious, the relationships between the inanimate objects initiate relatable sentiments as they transform into visual metaphors or absurd allegories. In such regard, the animated booties could be referencing “Giddy up!” or “Let’s go outside” moments or be seen simply as the memory of dancing alongside others. Common items such as an umbrella could turn into an ideogram for a careless walk outside, while the sight of an awkward reaching hand becomes a metaphor for the feeling of being alien to one’s own world and body. These subtle yet deep and candid narratives speak about sentiments relating to a range of visceral emotional states including fear, isolation, and motherhood.

The overall suspended atmosphere is accentuated with Casey’s diaphanous visual language based on the interaction of thinly applied layers of paint, subdued tones, and the absence of hard edges. Working with subtle tonalities, she layers up fields of color by scrubbing the paint into the smooth, porous ground. The absorbed tint adds an aged, timeless feel to the matte, chalky veneer of the work, reminiscent of ancient frescos, without any shine or slickness. Even at this level, the use of colors references the longing for a physical connection as the particular hues have the ability to connect and depict the soft feeling of different element’s edges kissing and touching. “I use color to evoke emotion and create a sense of atmosphere, but I work intuitively. I mix up a lot of colors, put some paint on the canvas, and go from there. Recently I mixed up a bomb-pop blue and laid it down next to some sap green. The two colors made a spark when they were side by side. That spark is what I’m after,” Casey told in a 2012 interview with Art F City. Such airy and delicate aspect of her visuals further opens up possibilities for creating a sense of movement, which is present in the new works through pouring liquids or curtains billowing and blowing with an outside breeze. By animating otherwise lifeless objects and creating conversations between them, she is both evoking the free feeling of open space, as well as feeding our hunger for lively social interaction. And again, these dynamics themselves offer many ways of reading, with images of a pouring liquid referencing everything from sobbing to breastfeeding to the sentiment of having an excessive thirst or need for something.

Both the aesthetic and the atmosphere of the work is more informed by everyday stimuli rather than other examples of fine art. While Casey notes Milton Avery’s color choices, Philip Guston’s way of portraying objects, or Louise Bourgeois’s explorations of domesticity and family life as some of her artistic influences, she bestows early Disney cartoons, Little Golden Books, and illustrators like Richard Scarry as her biggest influences today. Their impact extends to the frequent use of anthropomorphism through which everyday objects are humanized and transformed into somebody that is then put in a relationship with other objects around them. Through skewed perspectives, variety of scales, and attribution of familiar comedic effects to her cast, she breaks the inherent strangeness of her muted palette and the theatrical effect of her dramatically cropped images. “I think it’s almost a detached way of working through ideas I have about myself and my relationships by way of hiding or embedding my struggles within the objects in my paintings,” Casey explains. By detaching herself from the work the artist is creating a safe haven from which she can reflect anonymously, cope with reality from a safe distance, and proceed with “combing the honey home”. —Sasha Bogojev