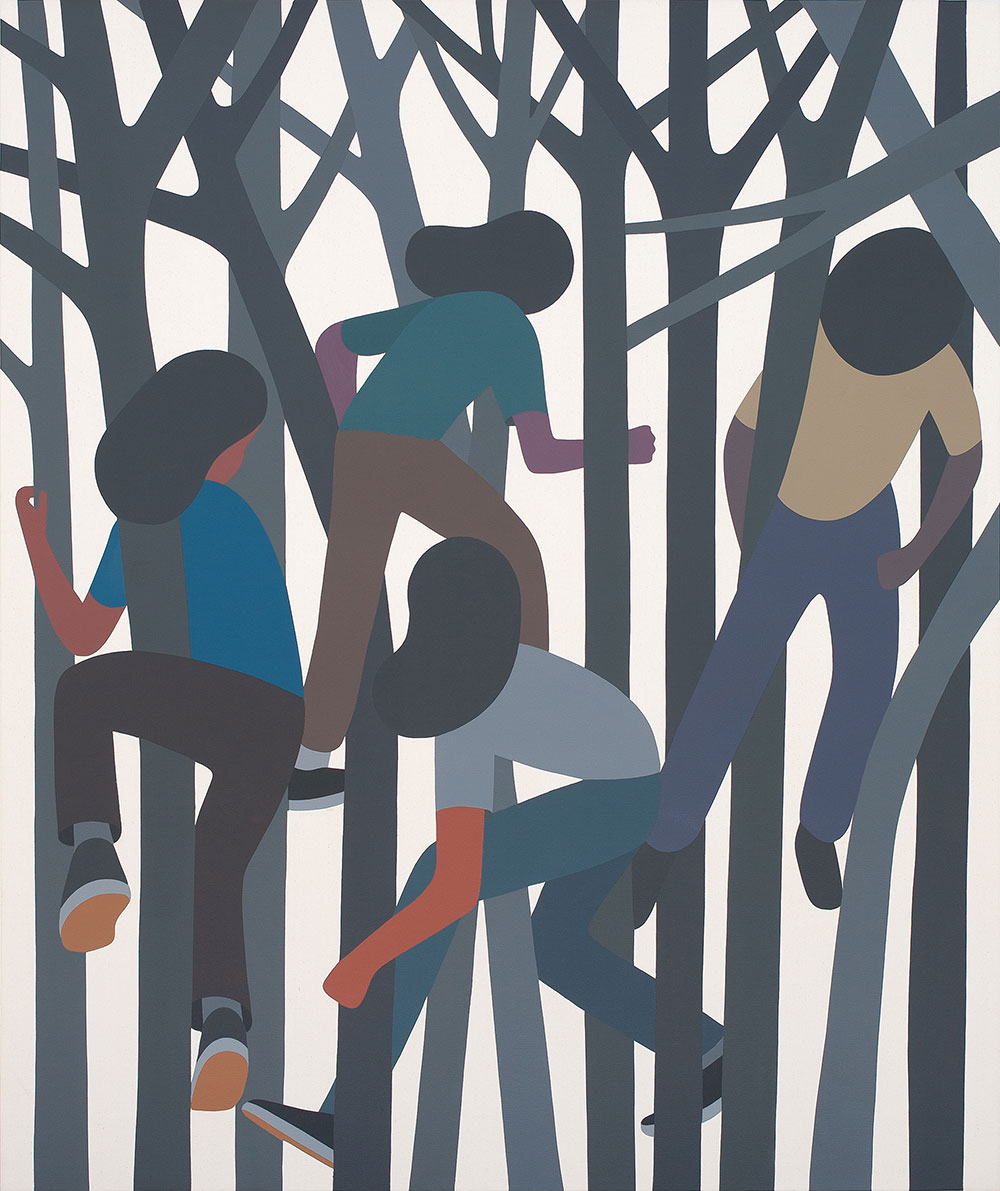 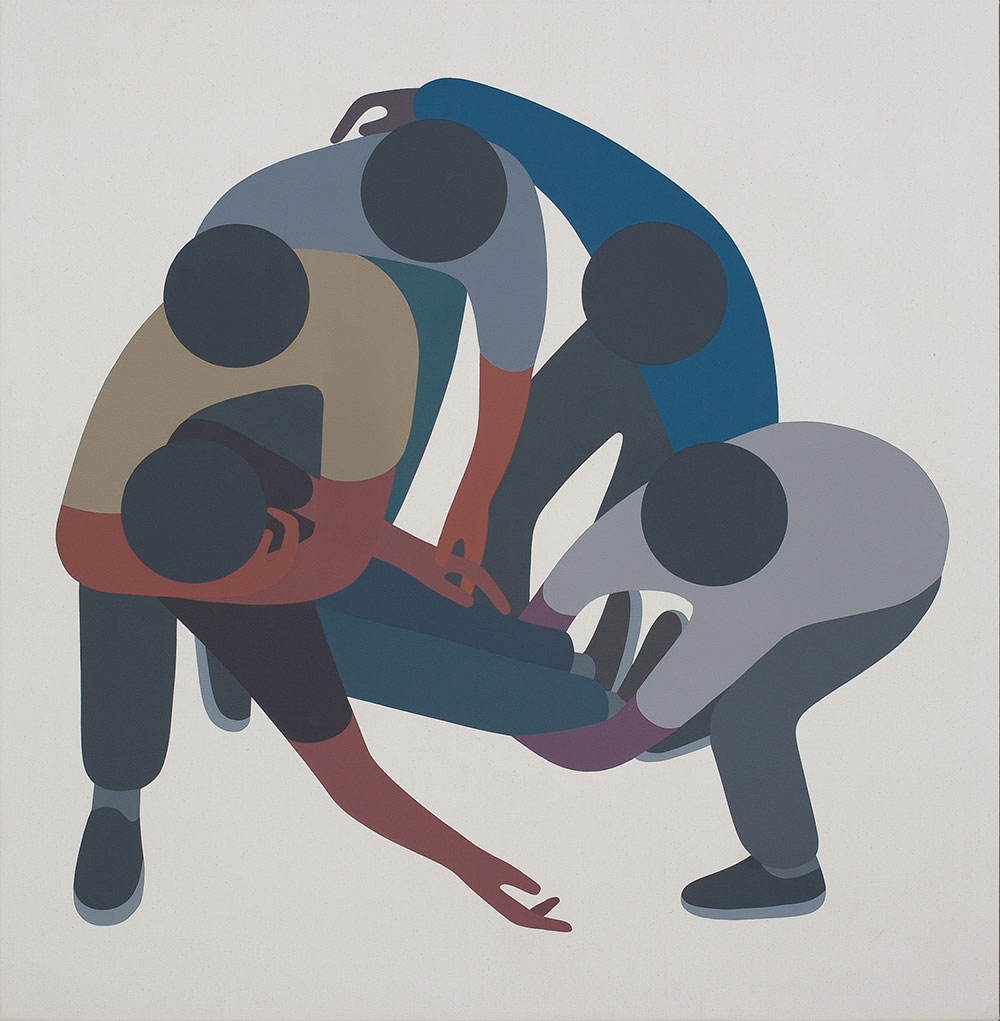 Us As A Staircase 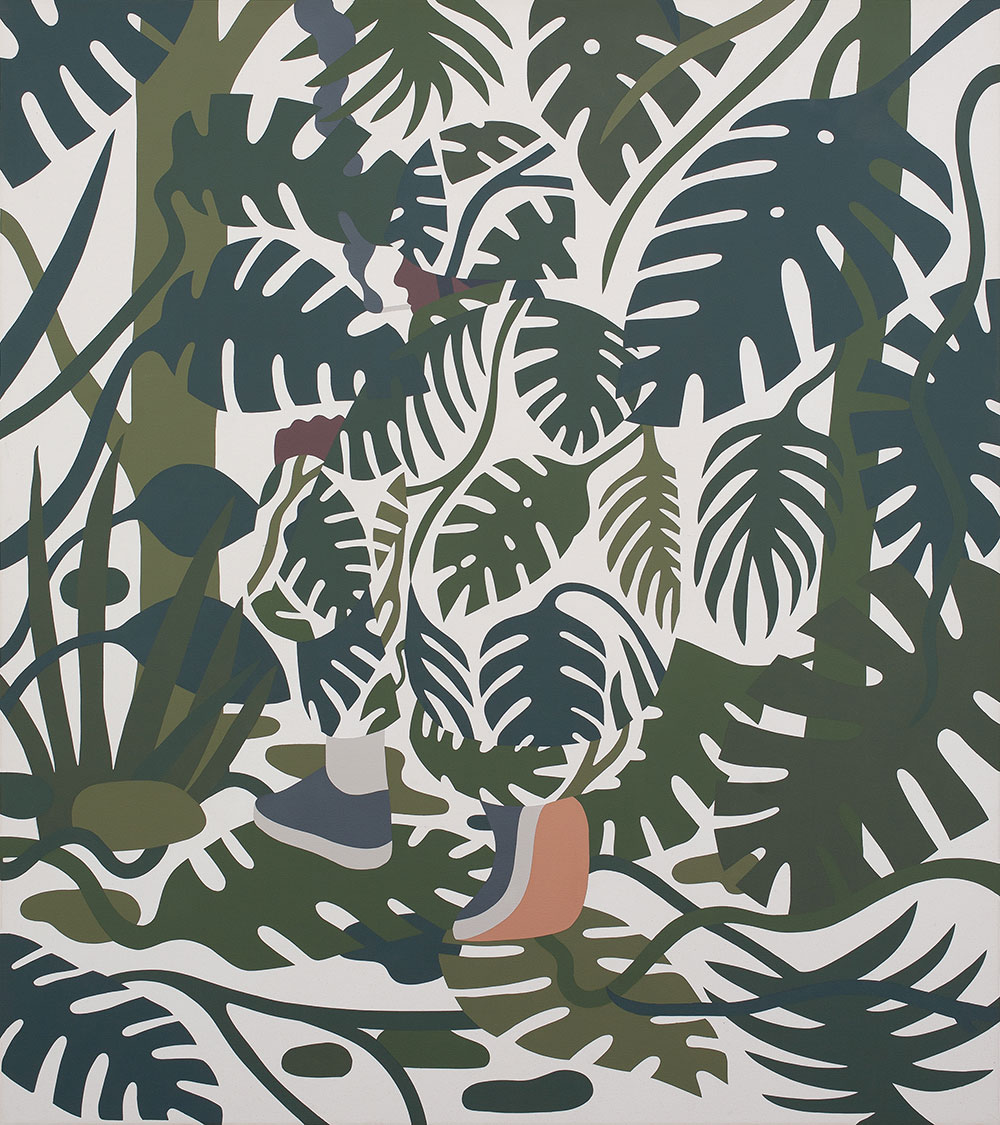 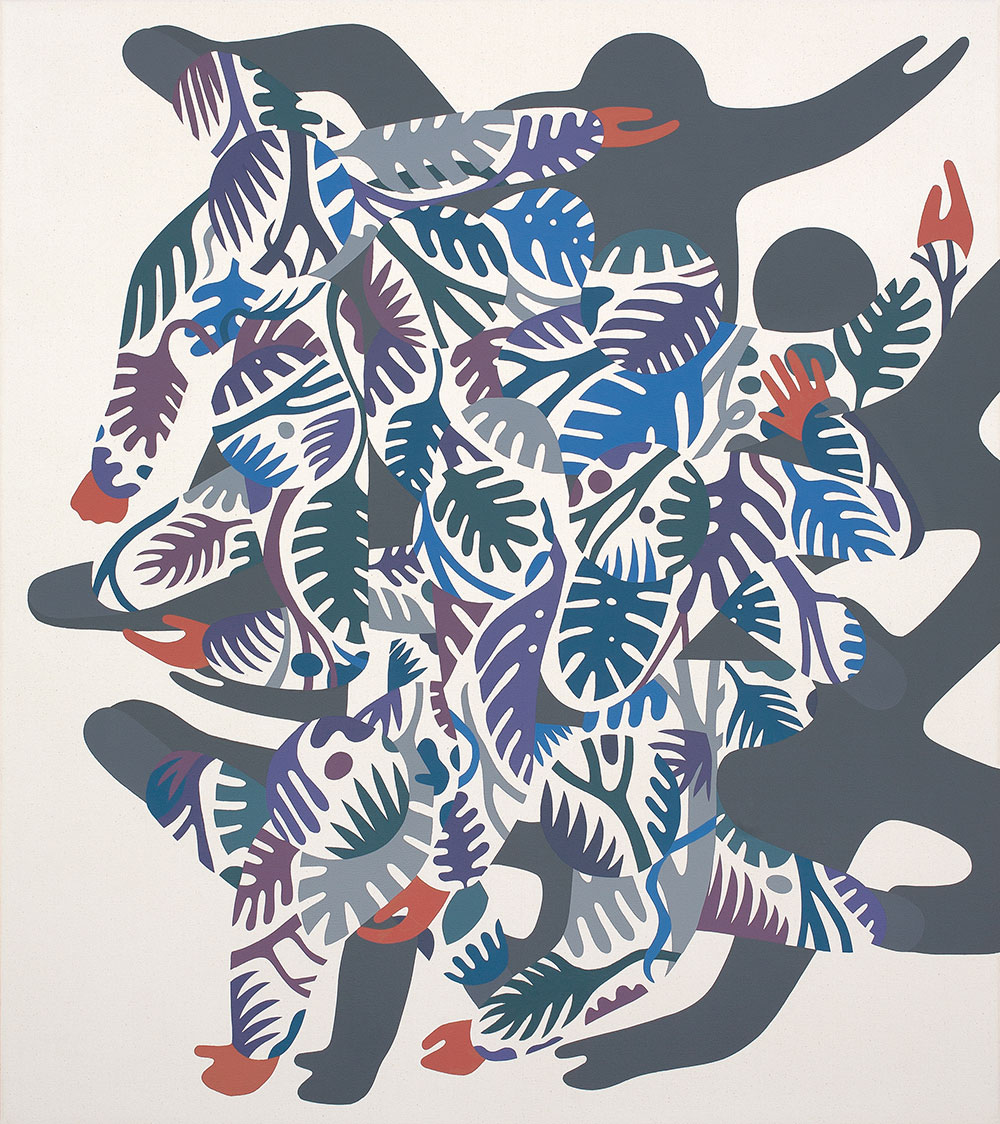 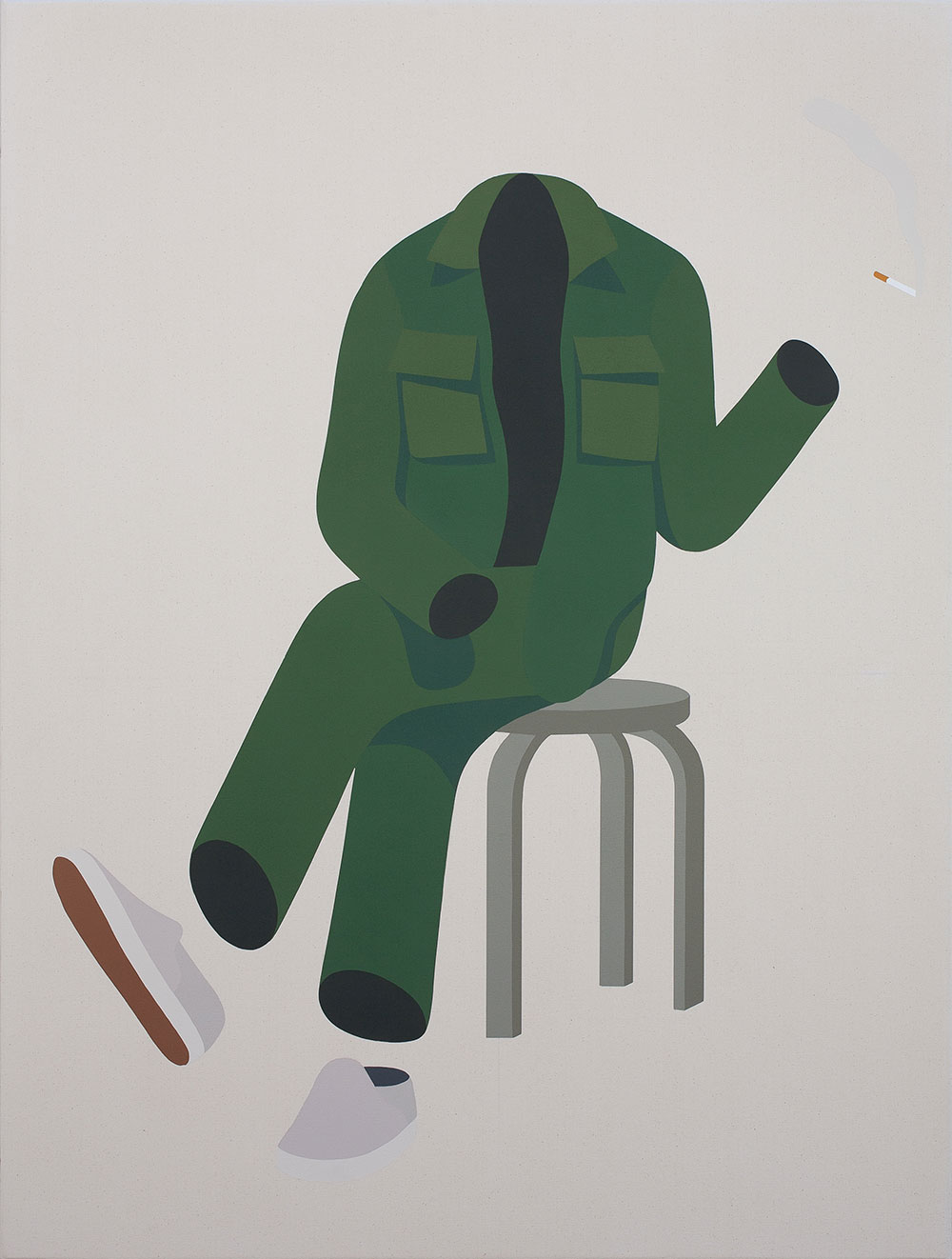 We Are Not Musicians We Are The Music 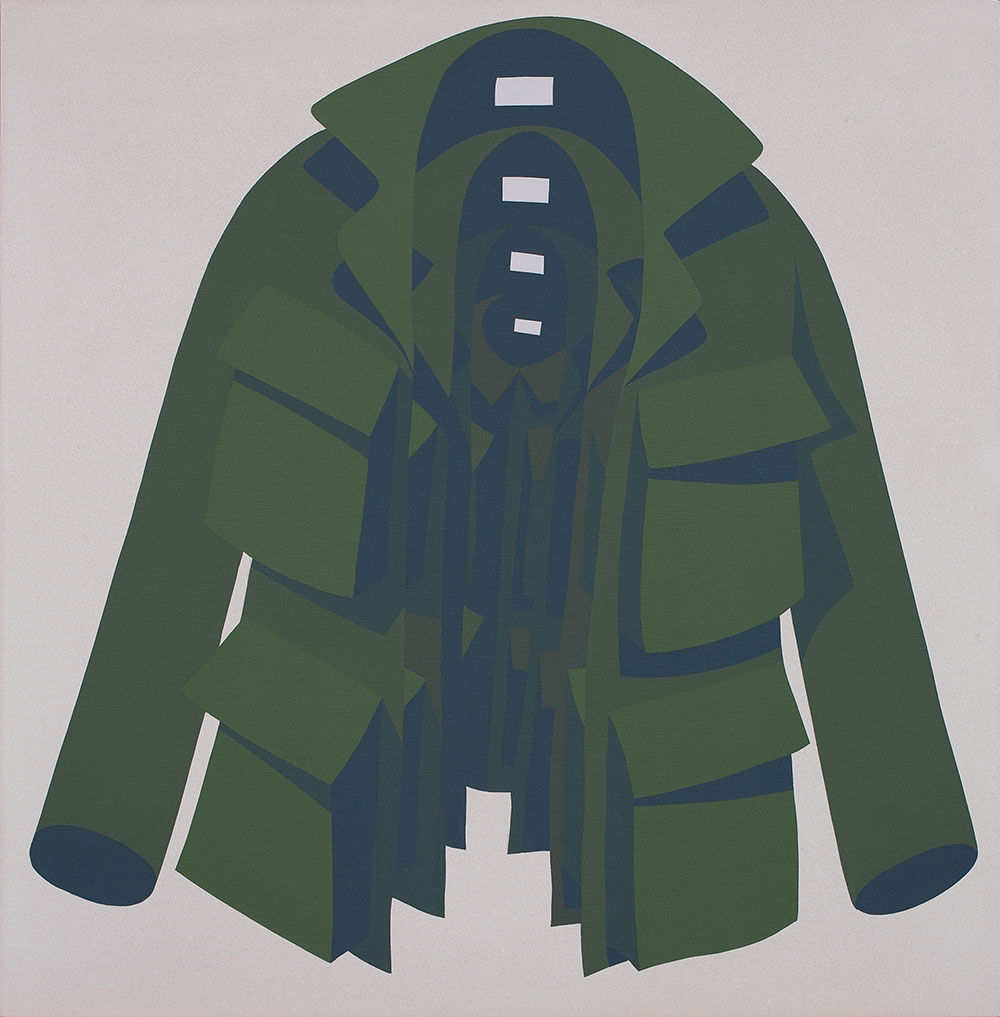 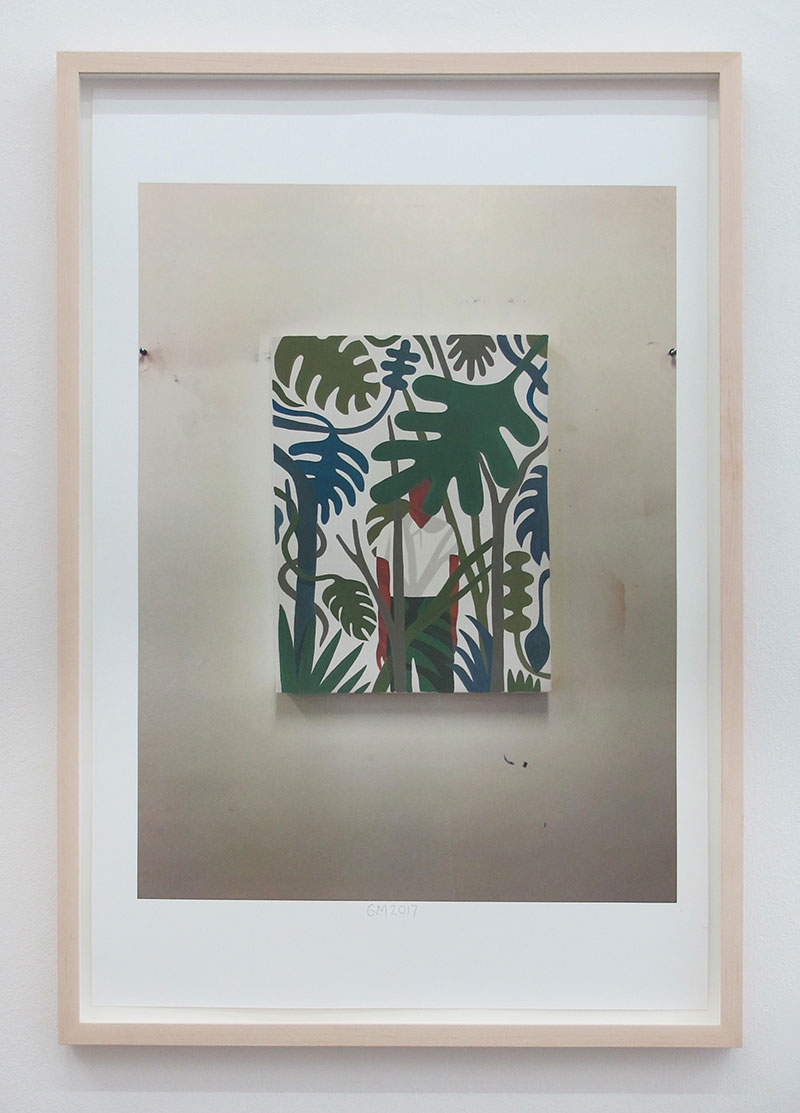 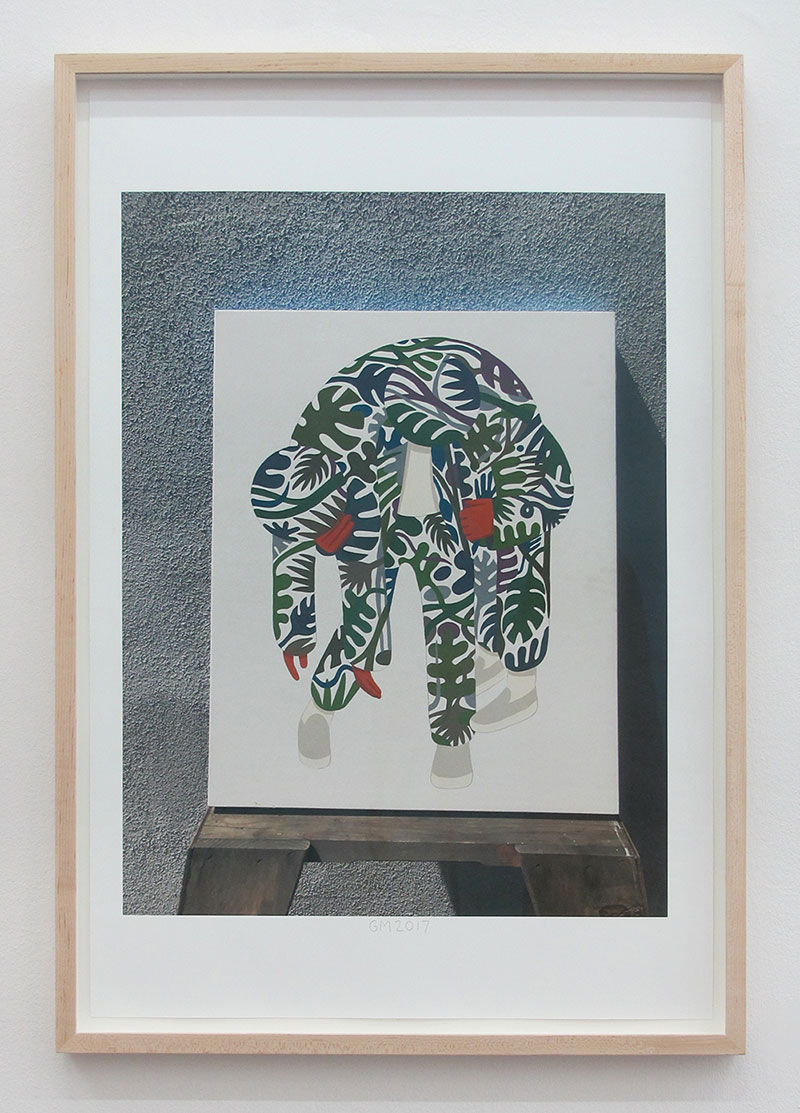 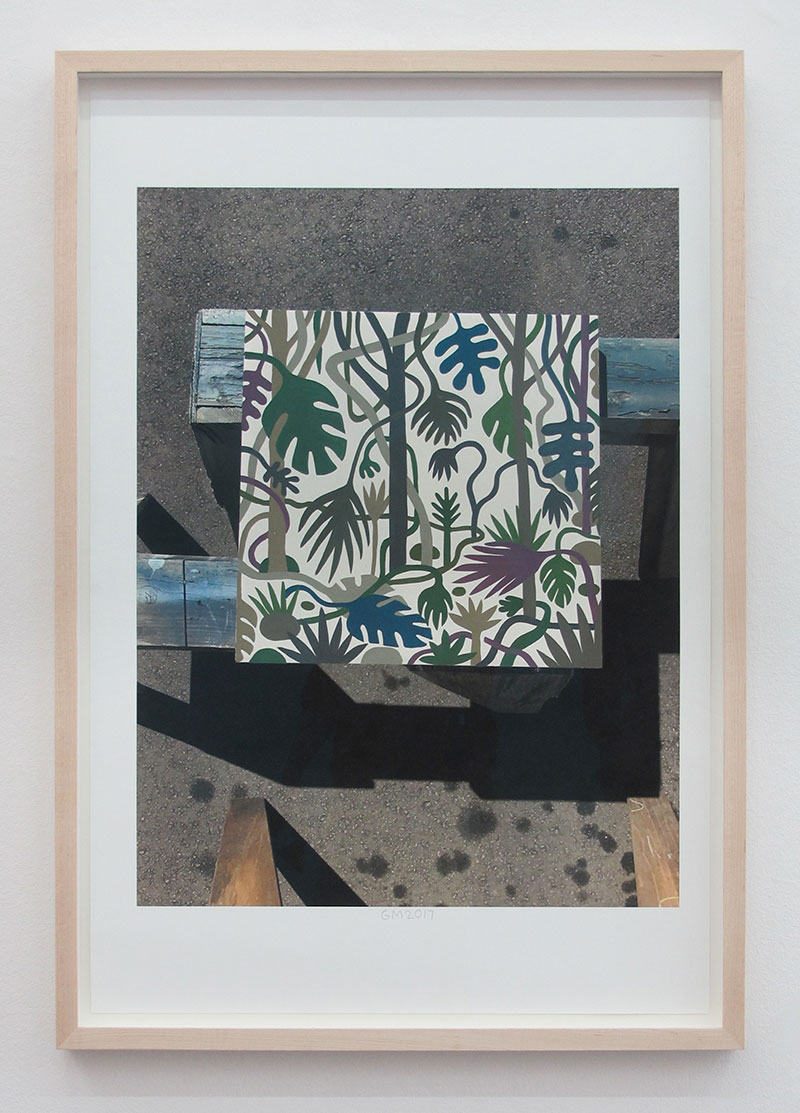 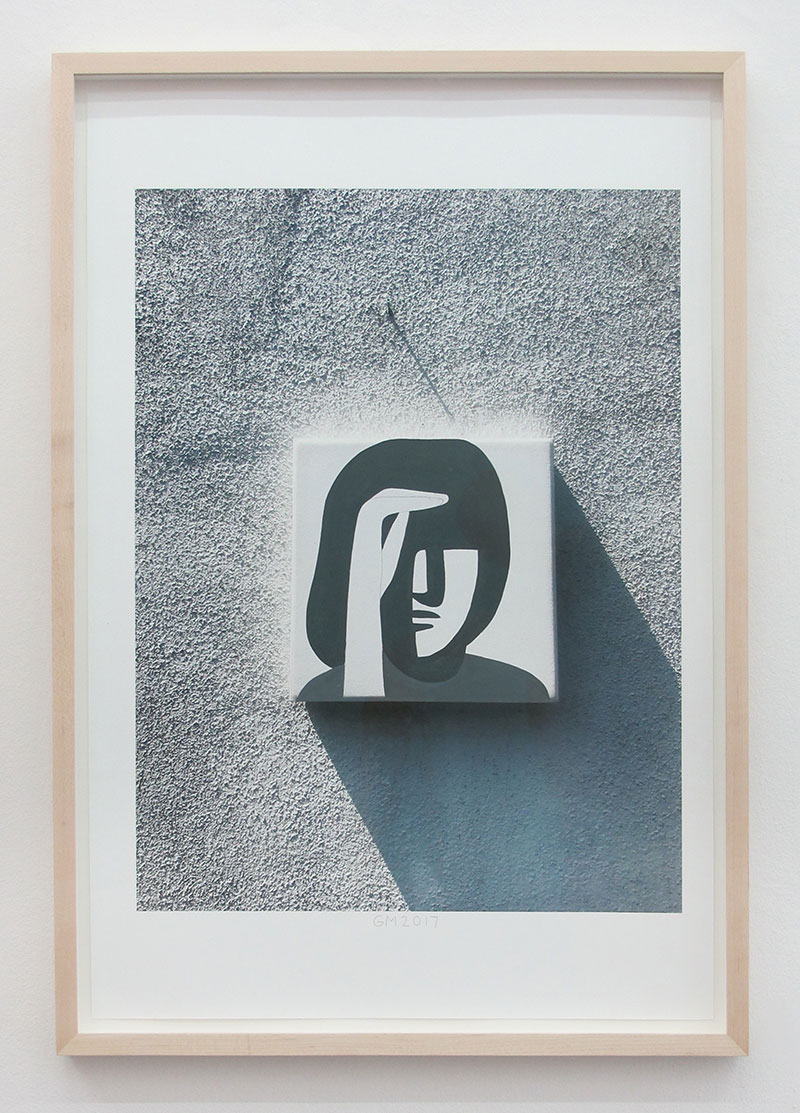 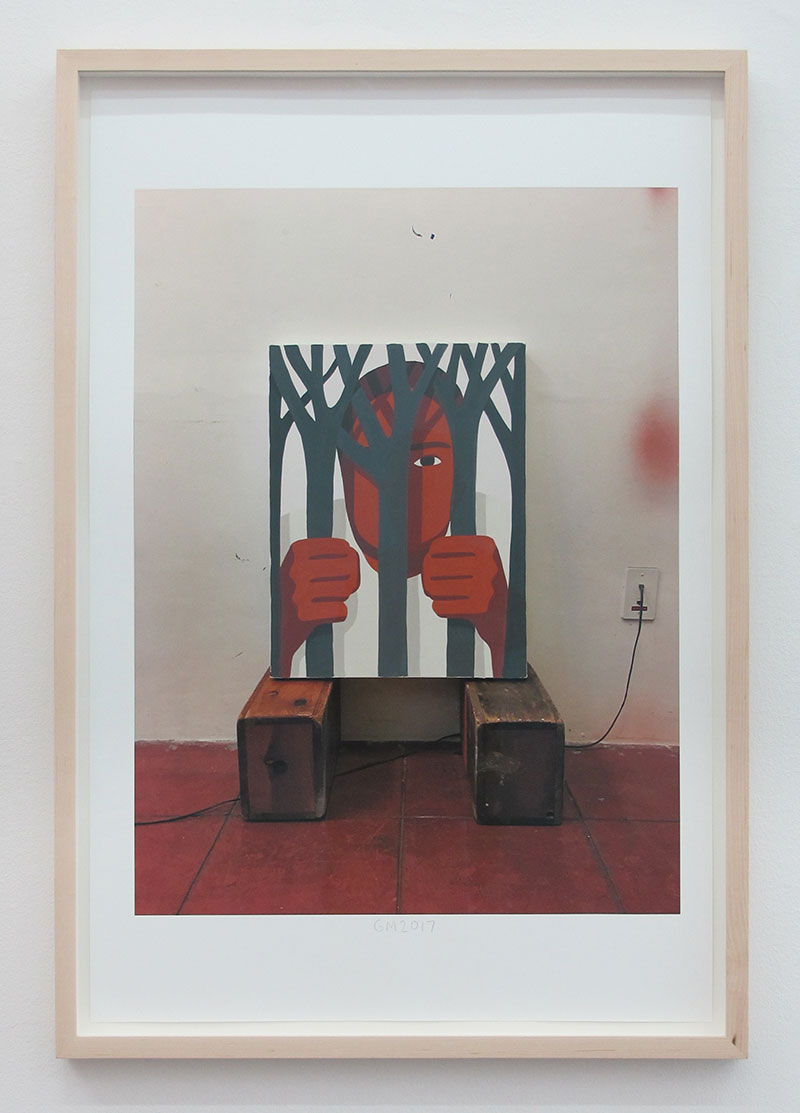 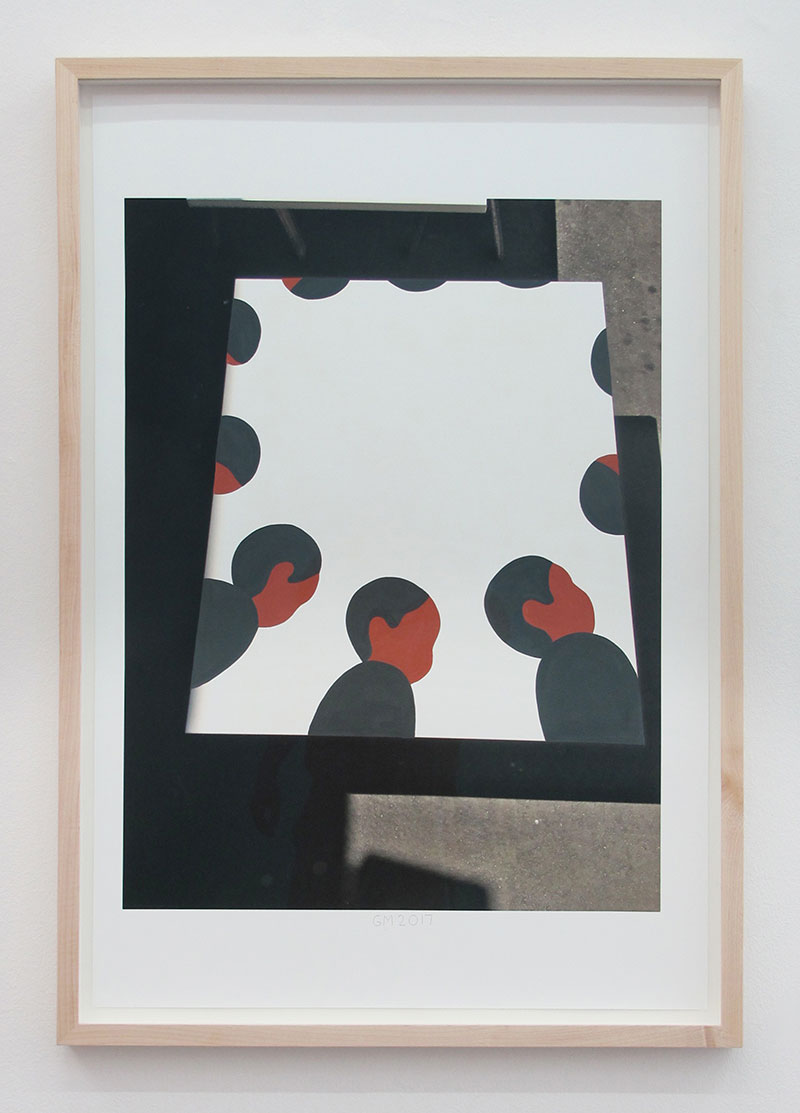 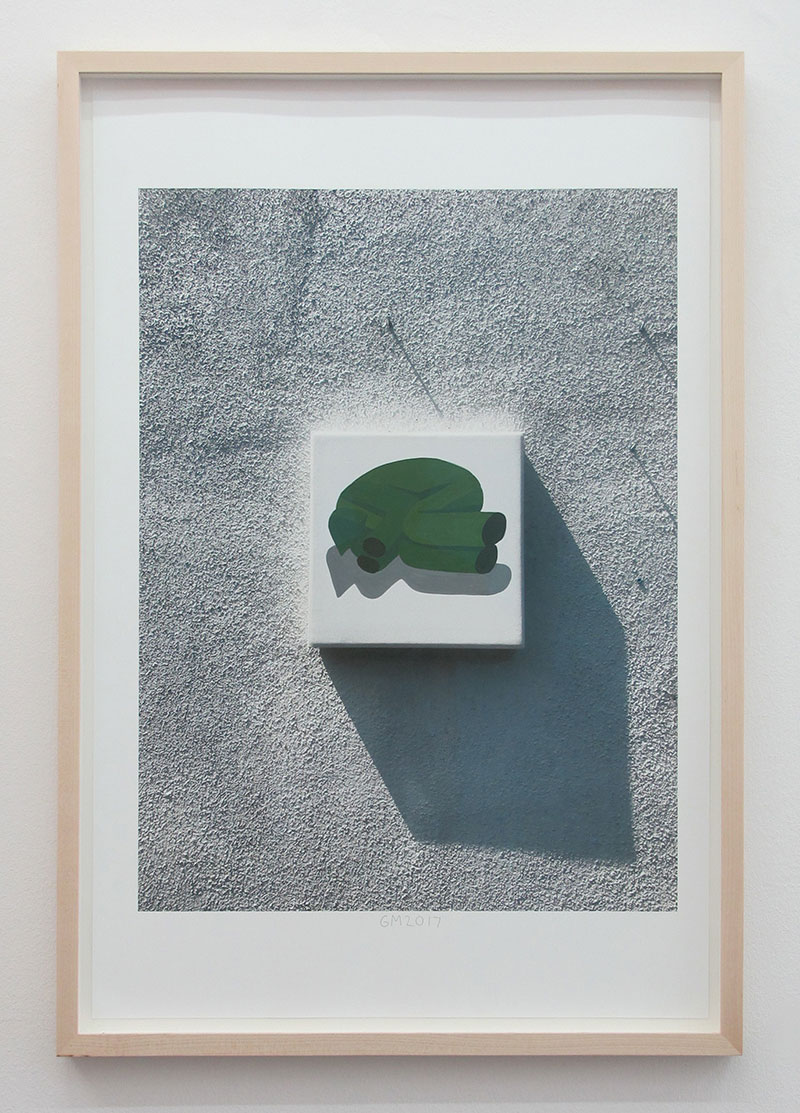 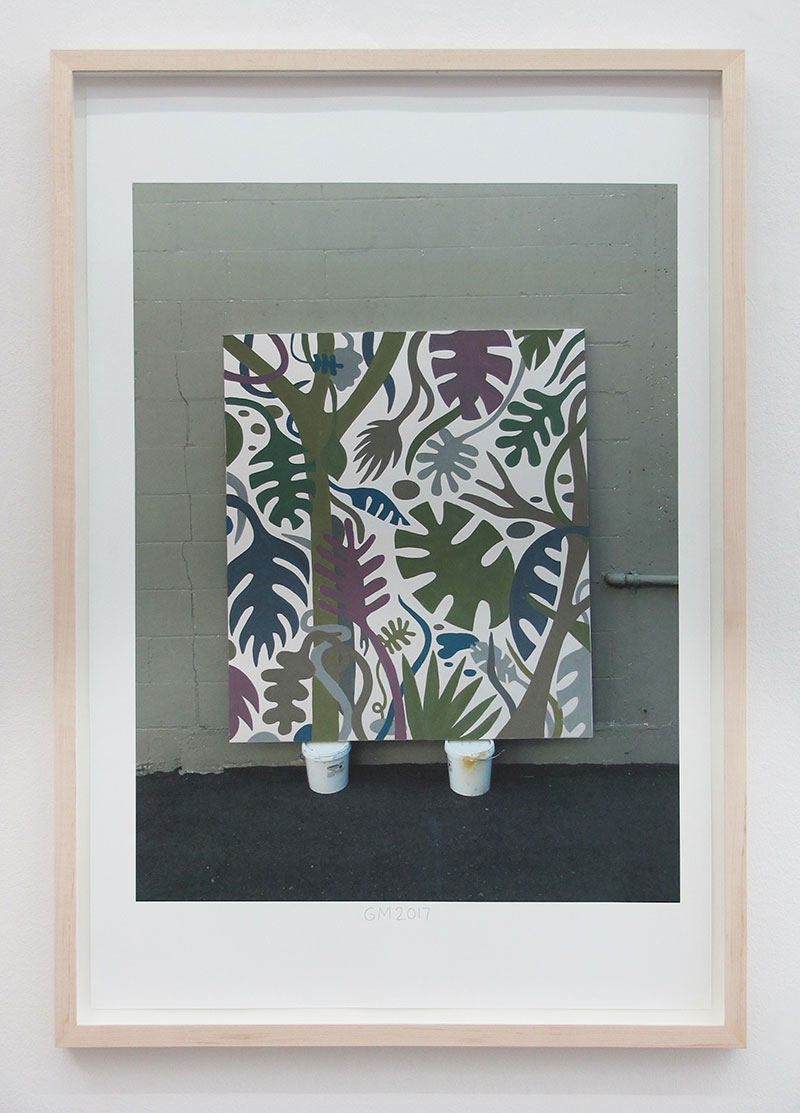 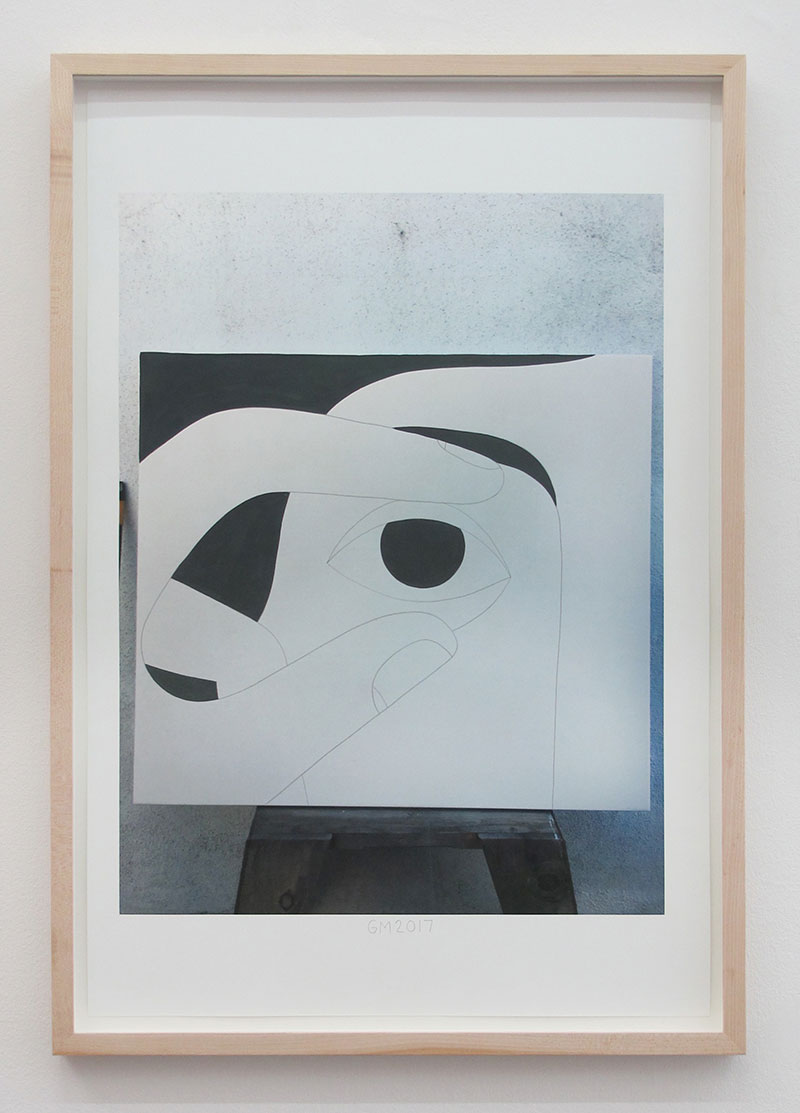 Untitled, 2017, Acrylic on inkjet photograph on paper (Coventry Vellum)
We think you'll like 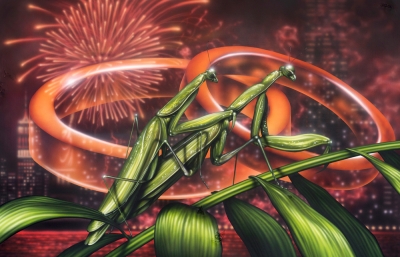 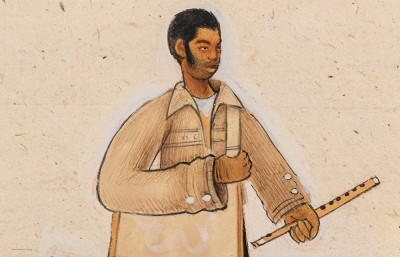 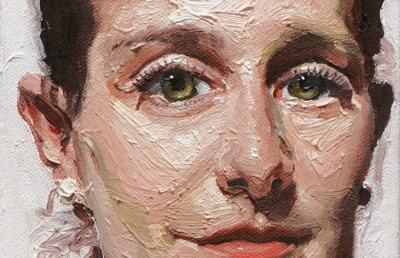 In conjunction with their booth at Volta13 Basel that opens June 12—17 in Switzerland, V1 Gallery is pleased to present a beautiful new series of works by Geoff McFetridge, entitled Poem for the Literates. We have long been fans of Geoff's work, from his cover story with us to his two paintings we featured in our Juxtapoz x Superflat show, and we find that this new series is some of his strongest works to date.

Geoff McFetridge wrote an essay about the new works, which you can read below:

"I was drawn to work in textiles and wallpaper as a way to use imagery in a borderless and continuous way. These graphic patterns depicted forests and puddled parking lots where nature bled into my own teenage memories of playing and partying in the woods. I fused my personal history with the sub-cultural graphics it was written in. The images pooling and melting into pattern...

"This current series of paintings reintroduces an understanding of nature as both a pattern and an illegible typography. Nature as space and counter-space the painting’s subject becoming an exception to both figure and ground. In typographic terms the counter-space is the missing piece of a letter, the hole in an O. Considering a C, however, the “missing” piece is not the counters pace but an implied part of the form itself; a loss that makes it legible. In these paintings the images are floating on raw canvas, the acrylic reveals itself not as a mark, but as a surface. Absent of a background, content is brought to the fore as if suddenly the plinth has become the sculpture.

"Patterns interest me as an image maker in constant struggle with my relationship to images. I am interested in the experience that is produced when seen by the viewer. The paintings are composed according to a basic code fairly obvious in most of the works. Each piece is distinguished from adjacent shapes by a subtle shifts in color. These new works leen more on the predictability of pattern; borderless and flat, yet engaged with something dark. What we are looking at could be a swatch from an even larger figure, un-seen at the current scale.

"Rolling out a bolt of camouflage printed canvas is like moving through a forest. Moving through the wilderness is akin to a sensation of reality unfolding. We move up the mountain to find the edges of our understanding of a landscape. To find the edges of our visual or consumer oriented landscape we are challenged to consume more, but at what point do we fall off the peak, get lost, or struggle as hypoxia sets in. The paintings may not be protest art but thanks to the very global nature of conflict and consumerism, the viewer is literate in it’s text, refining the counterspace of nature, like a logo, radiating not as individuals but as militarized brands." —Geoff McFetridge, 2017