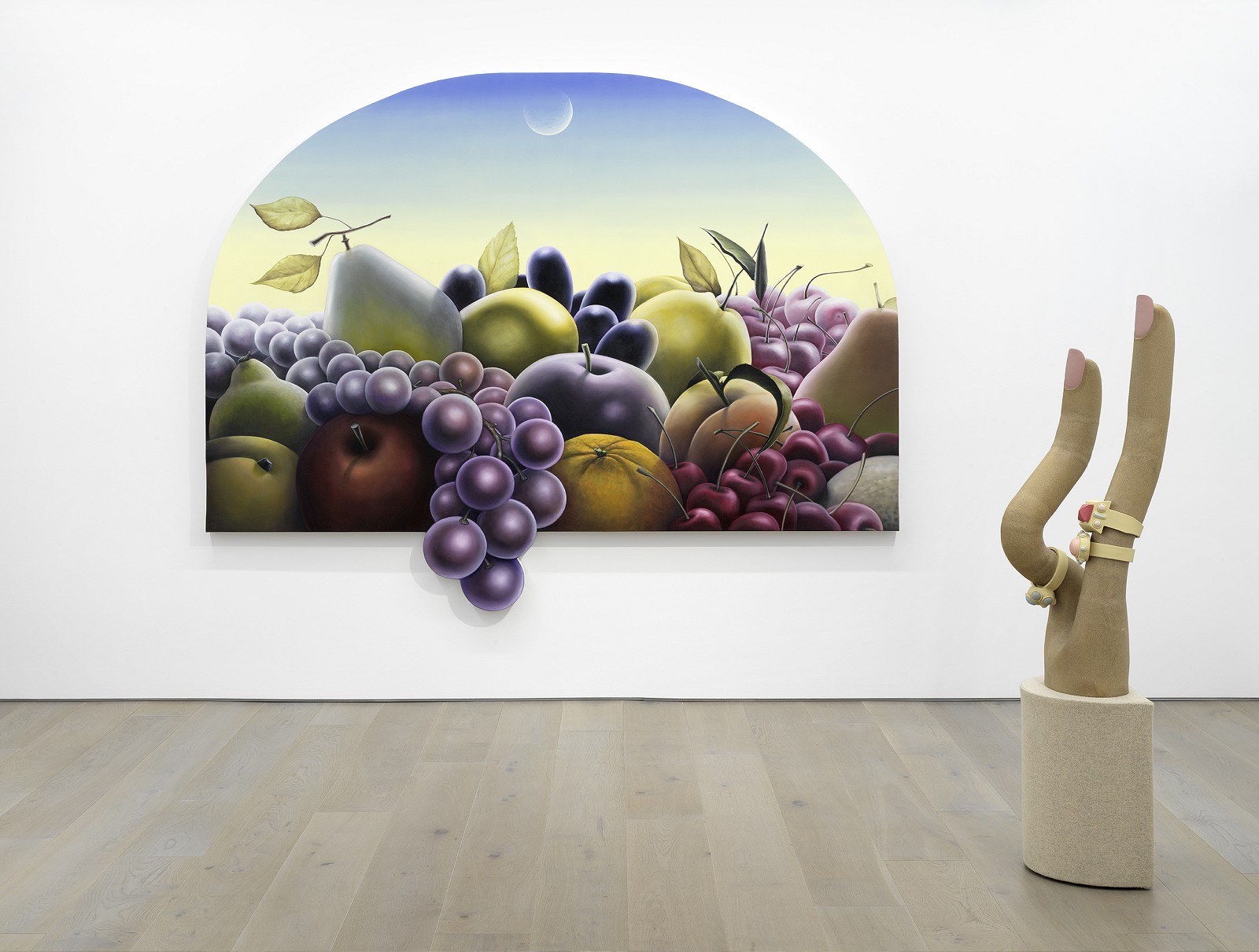 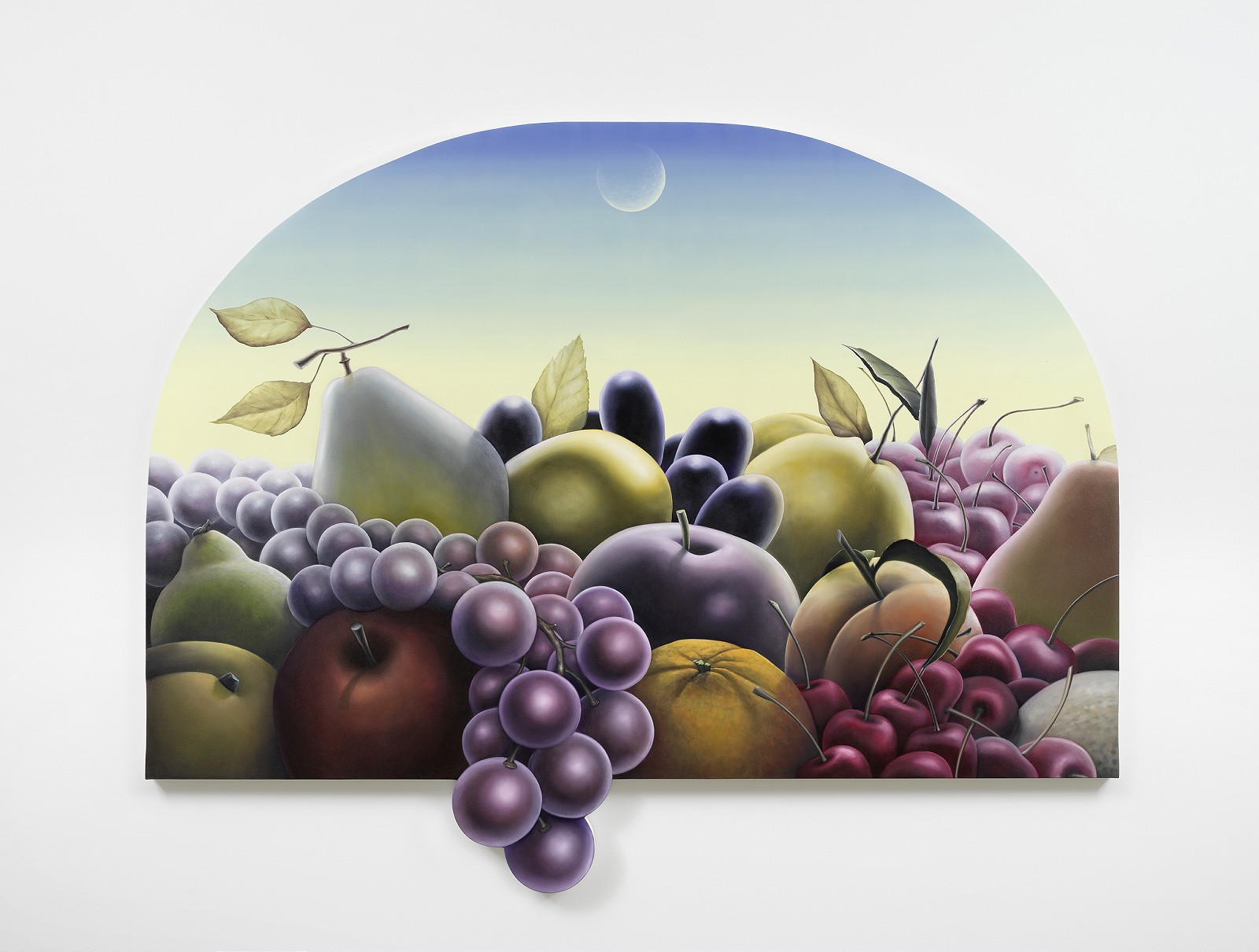 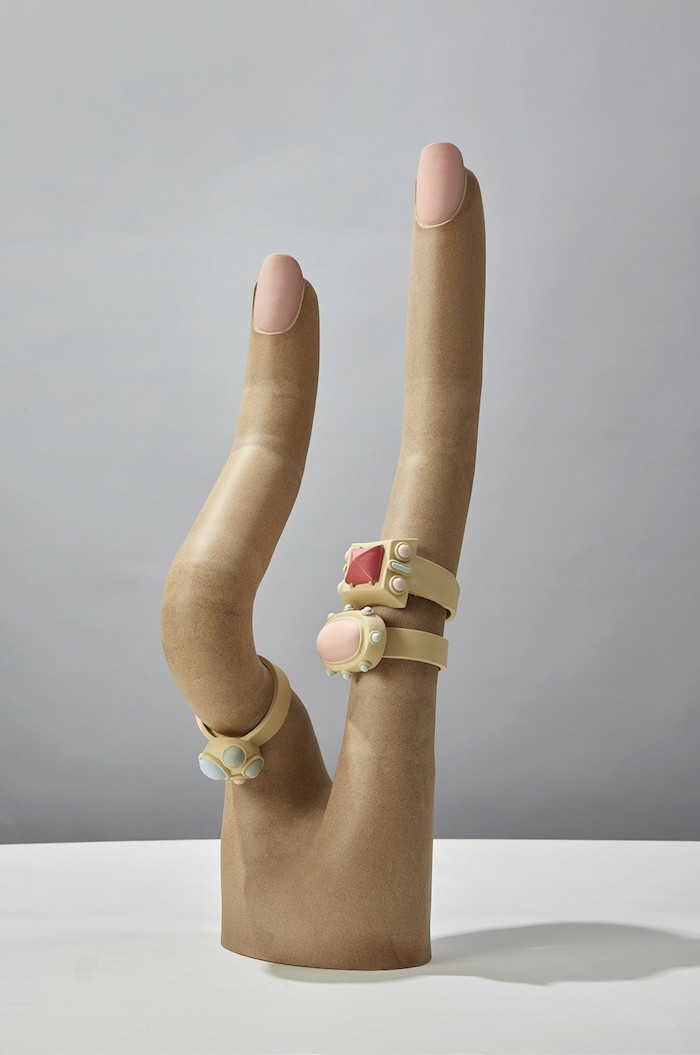 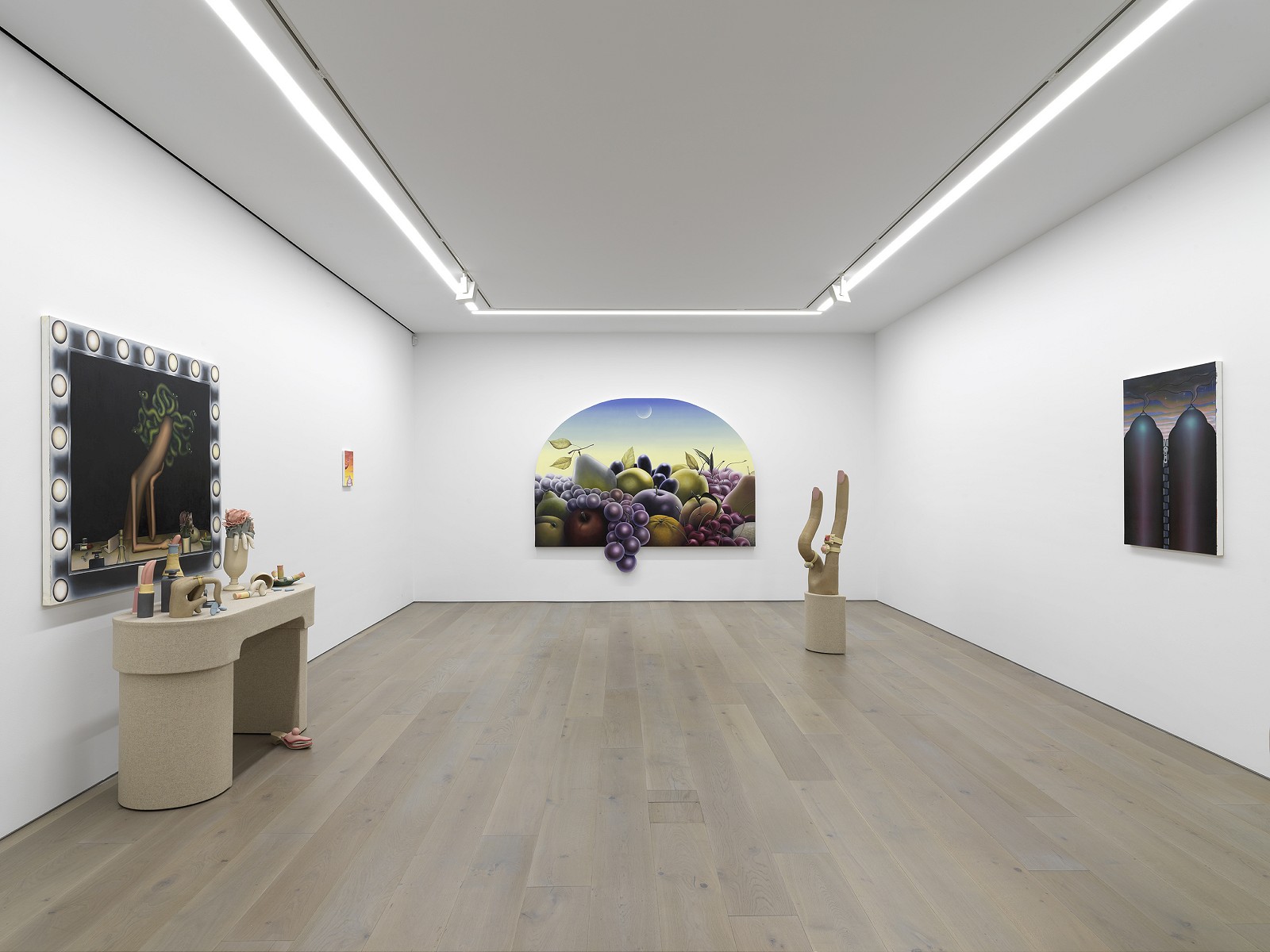 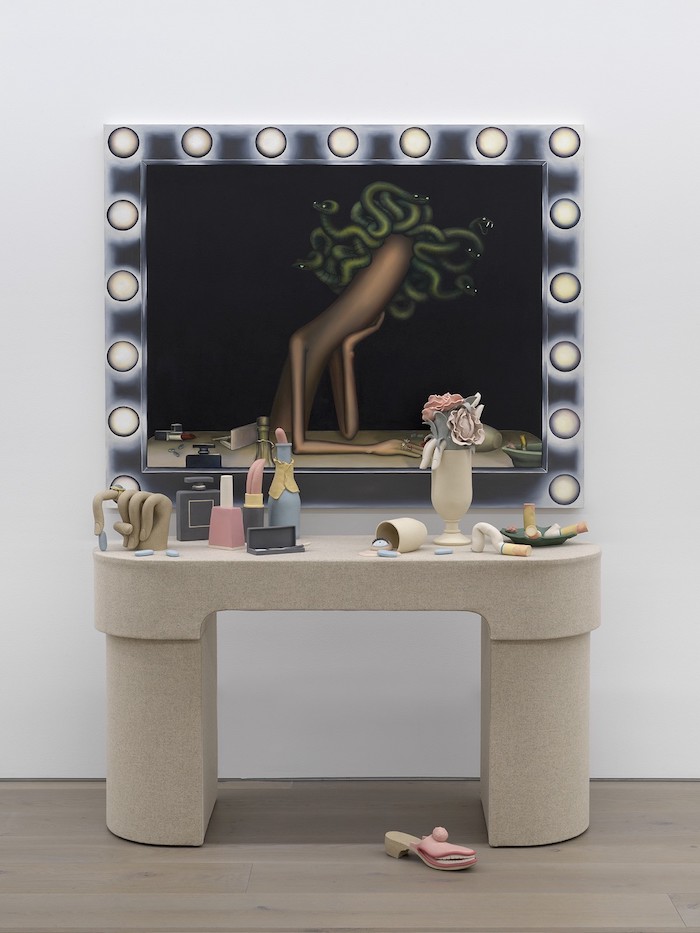 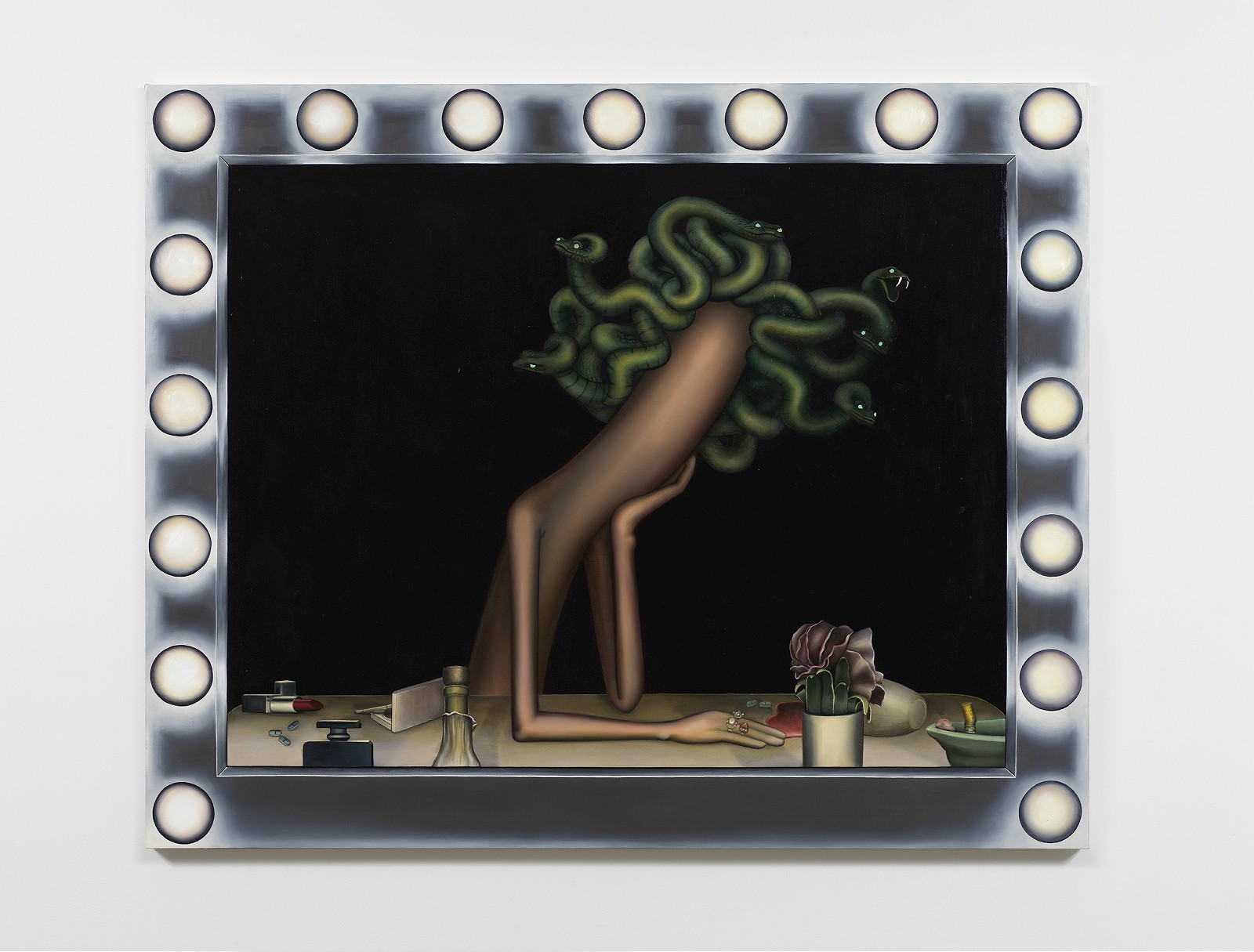 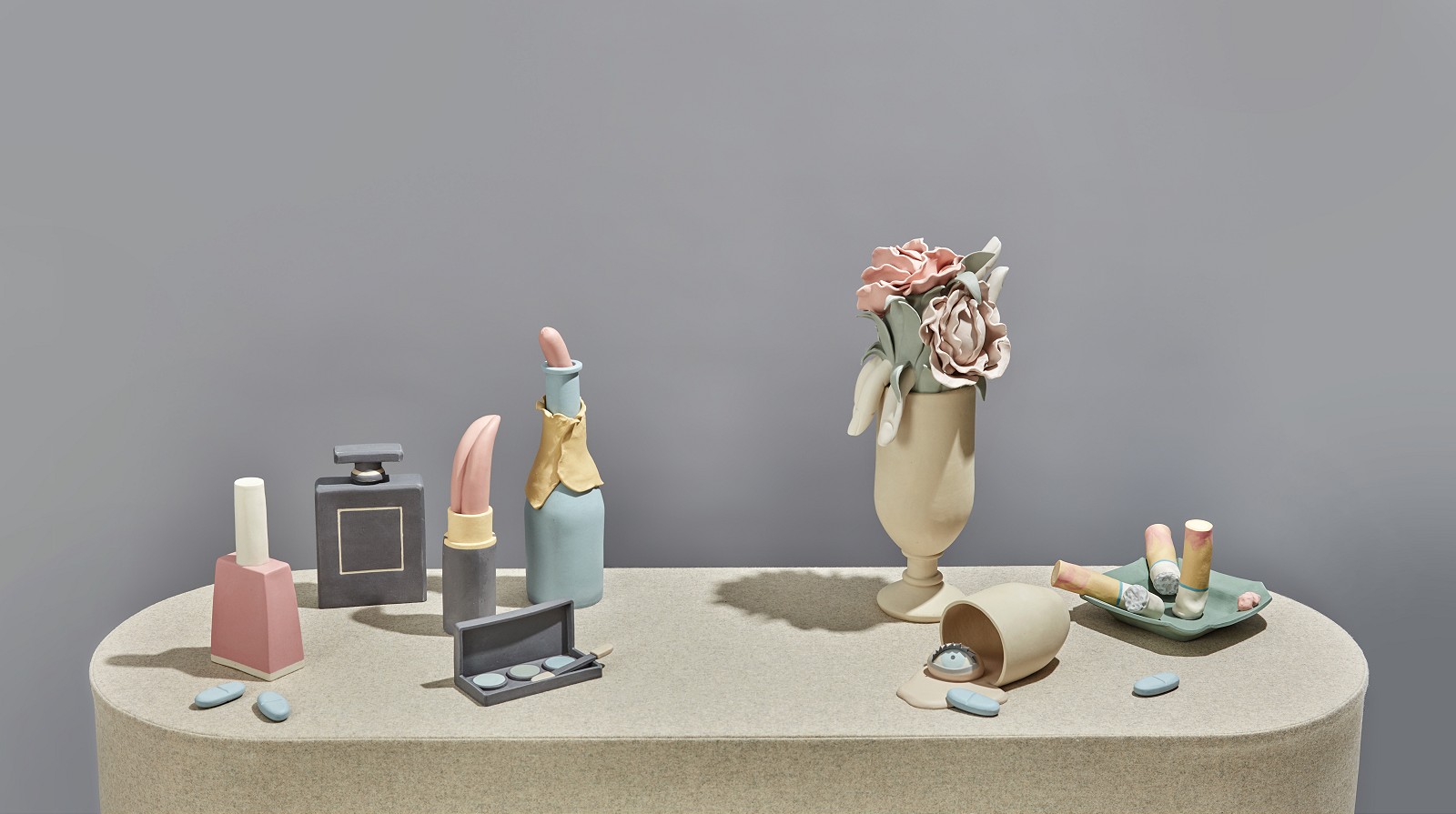 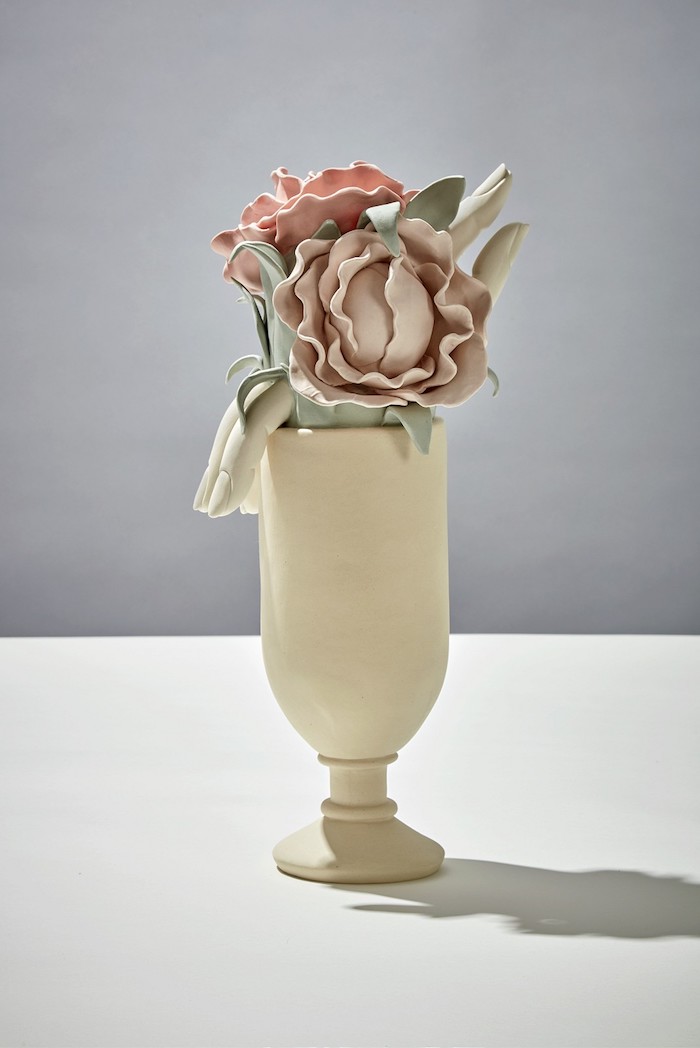 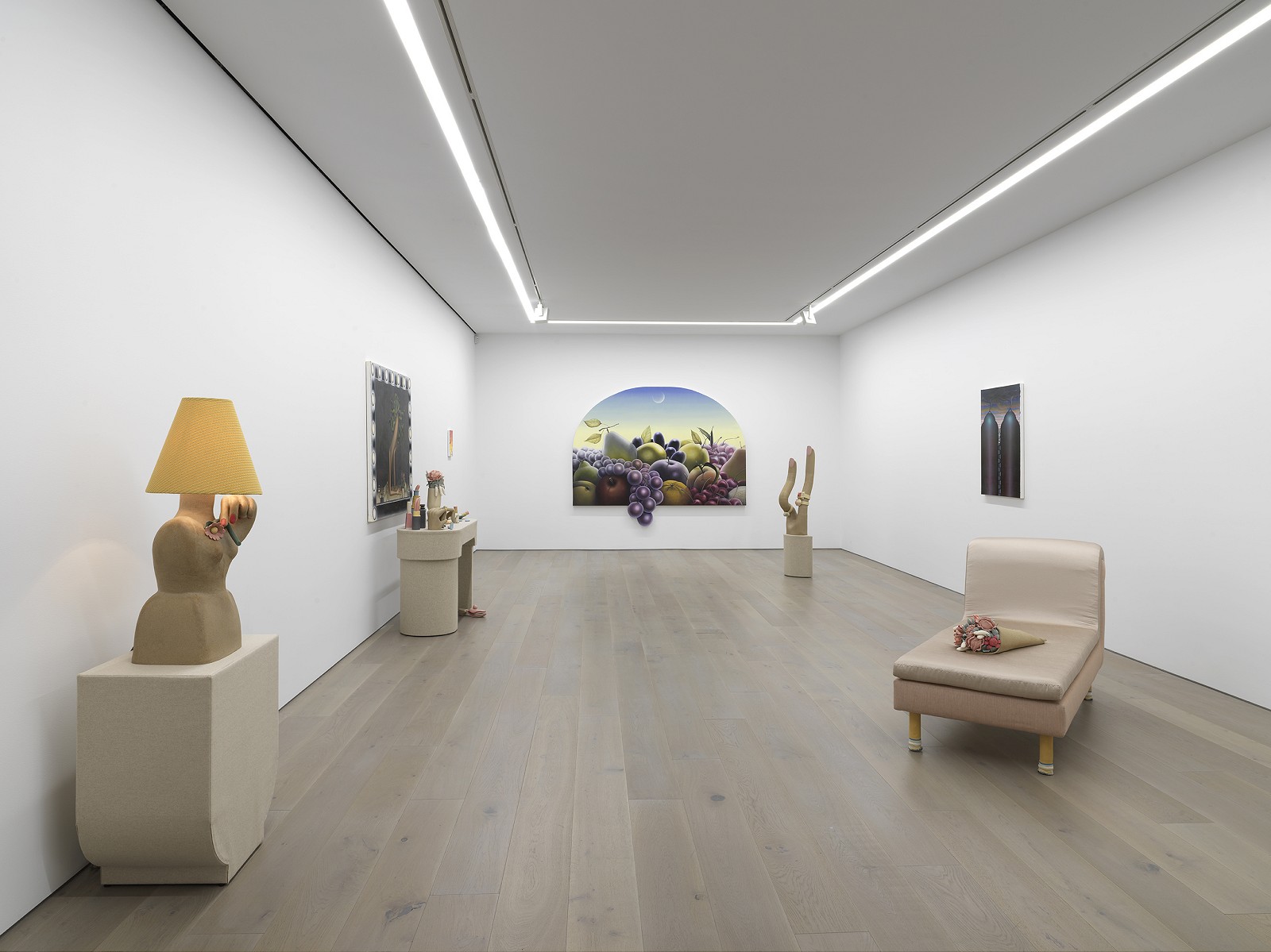 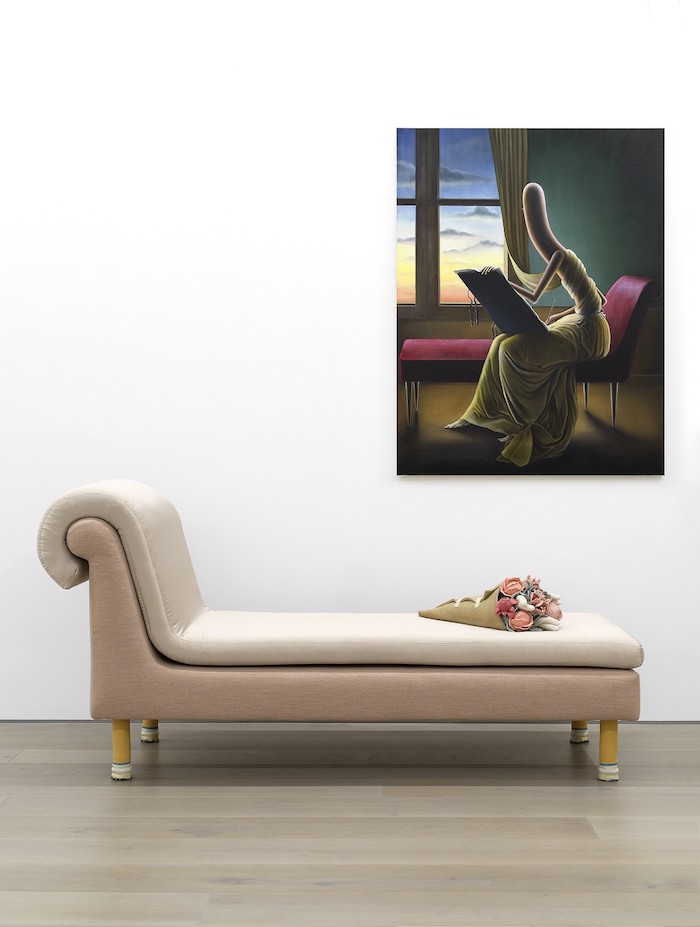 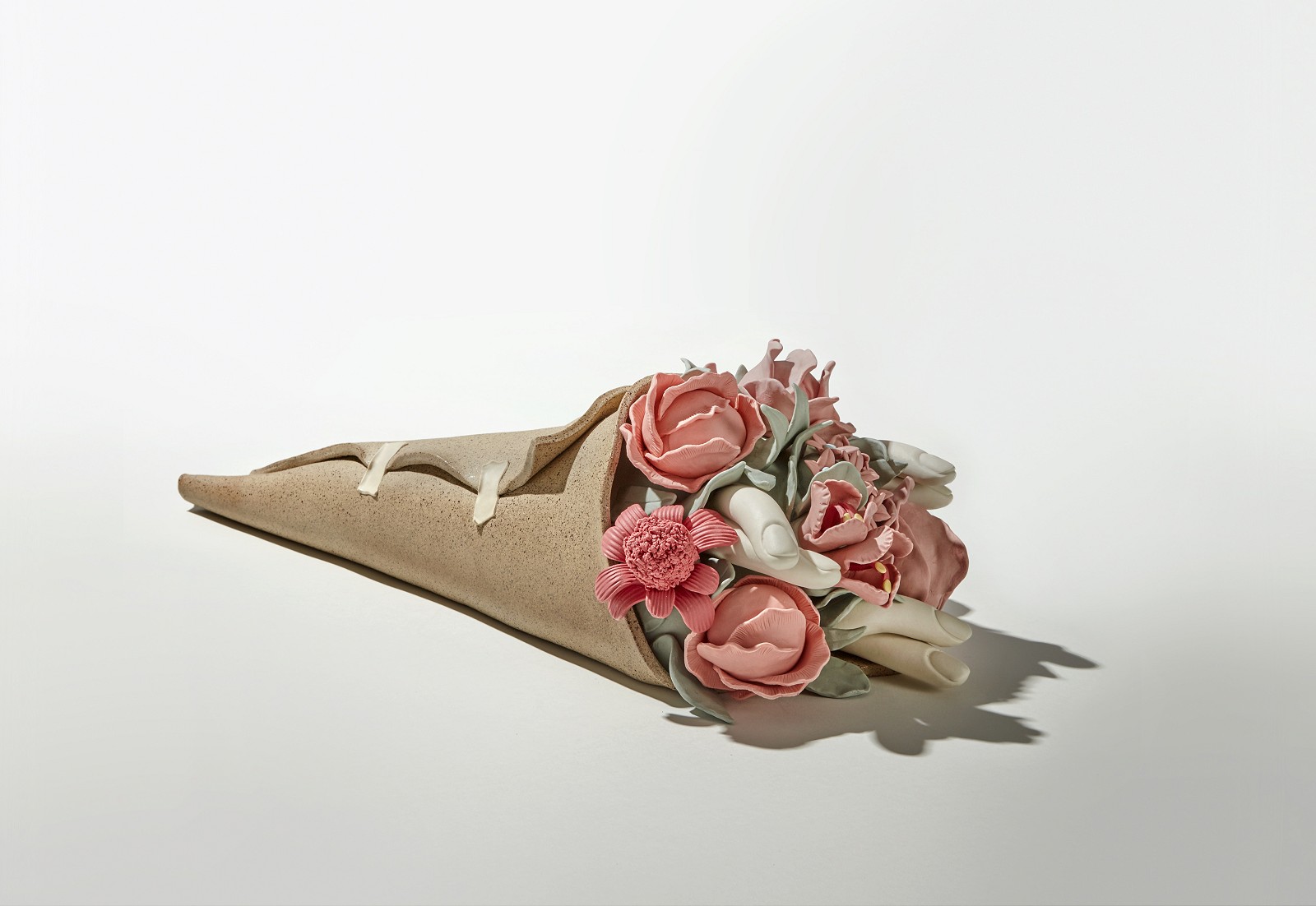 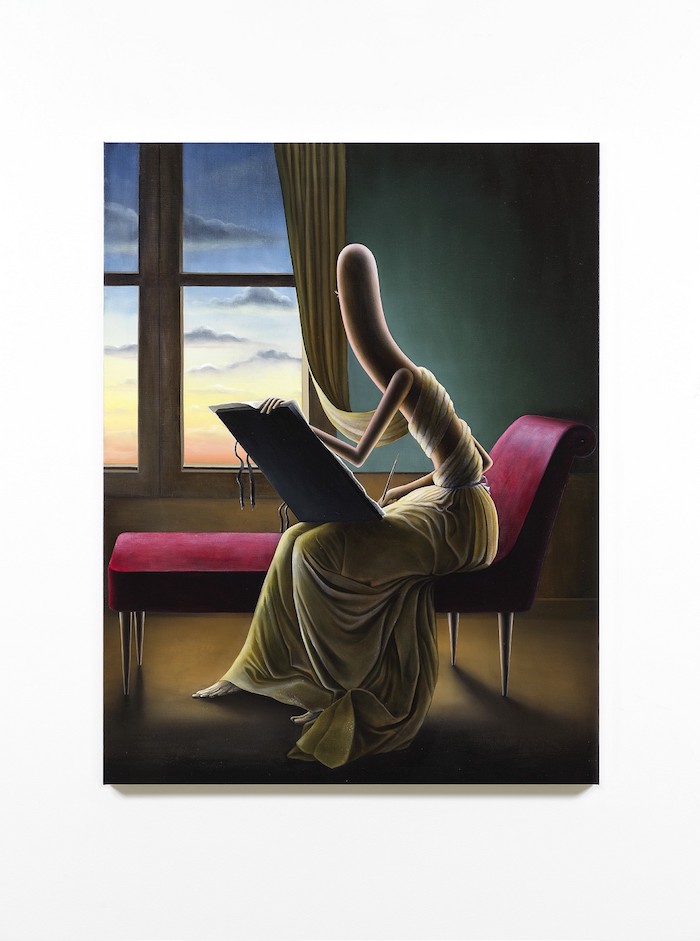 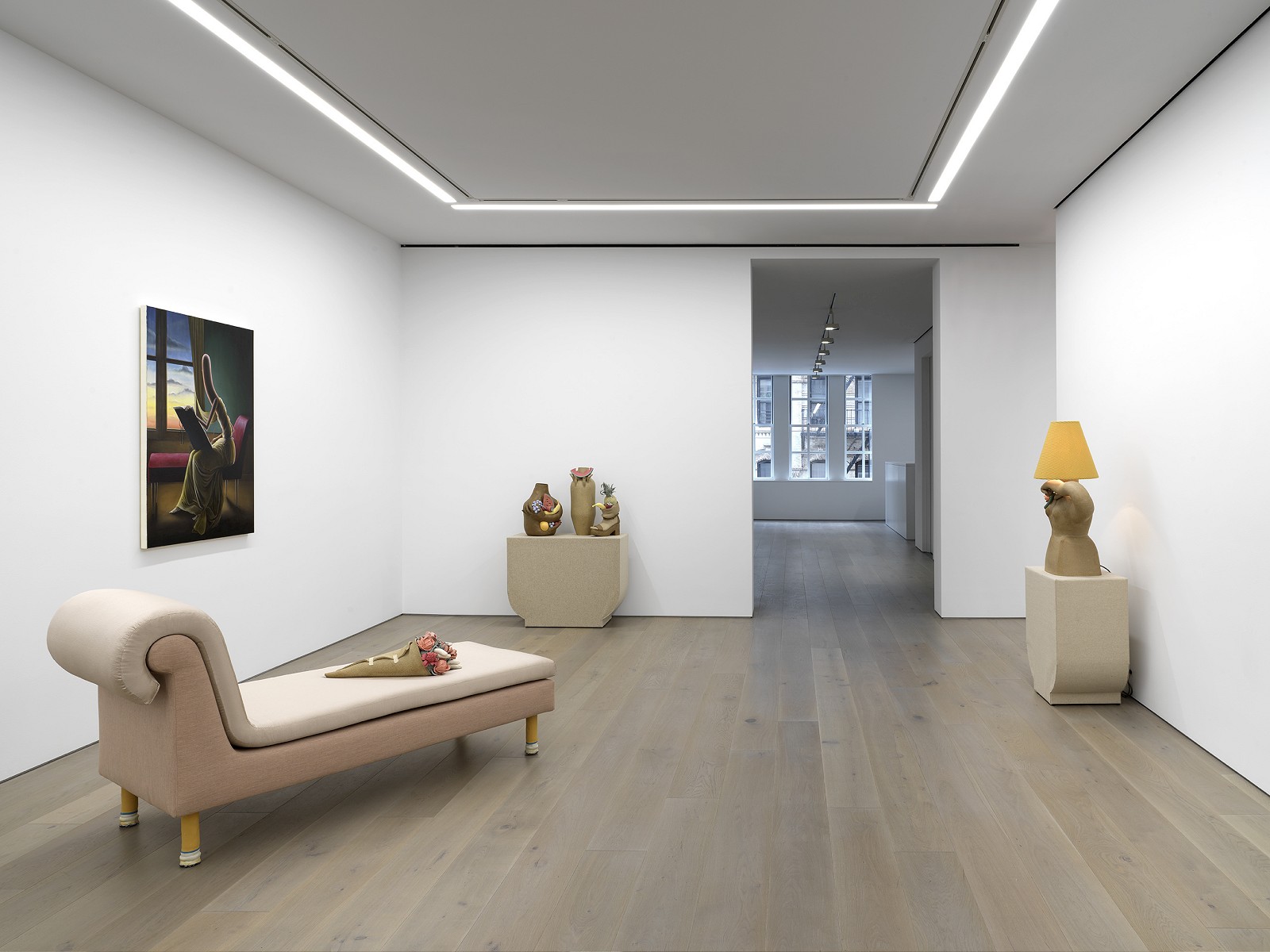 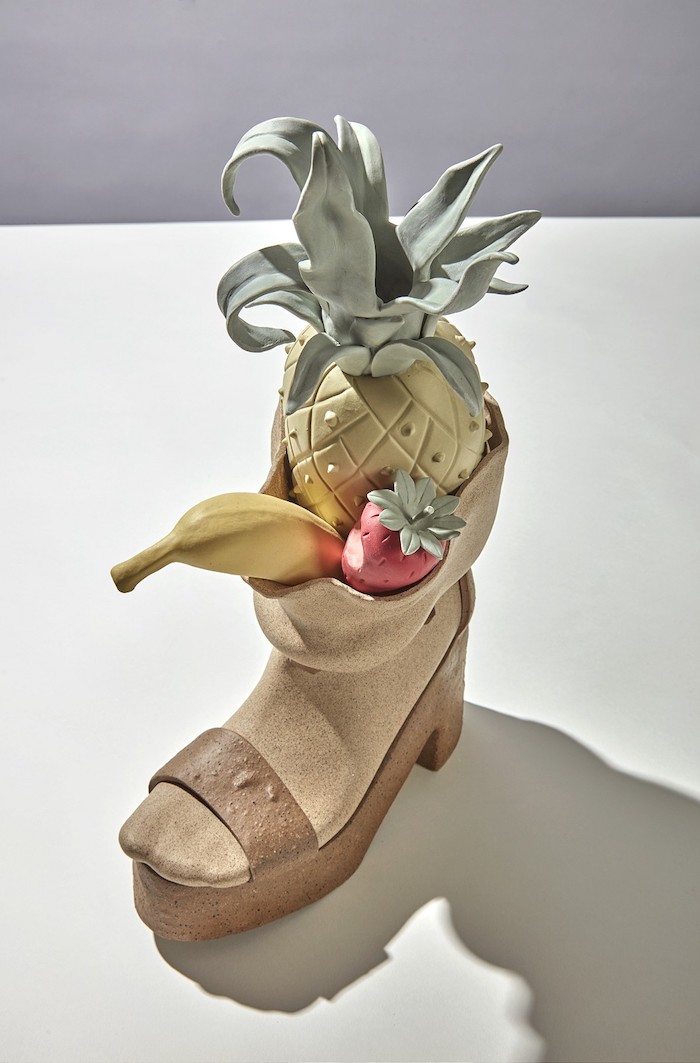 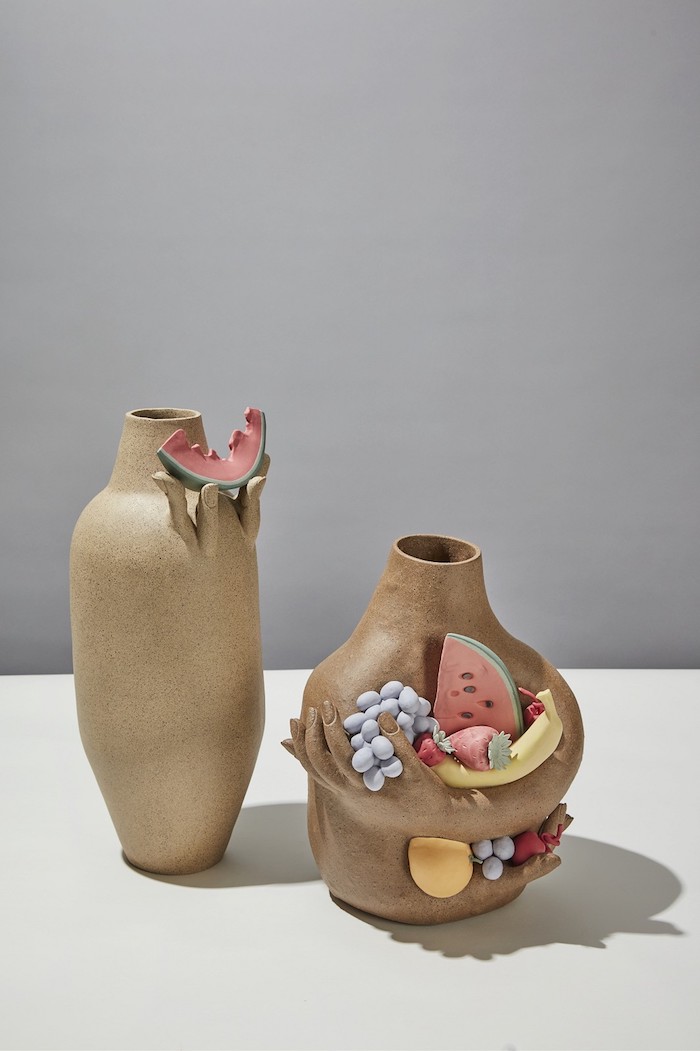 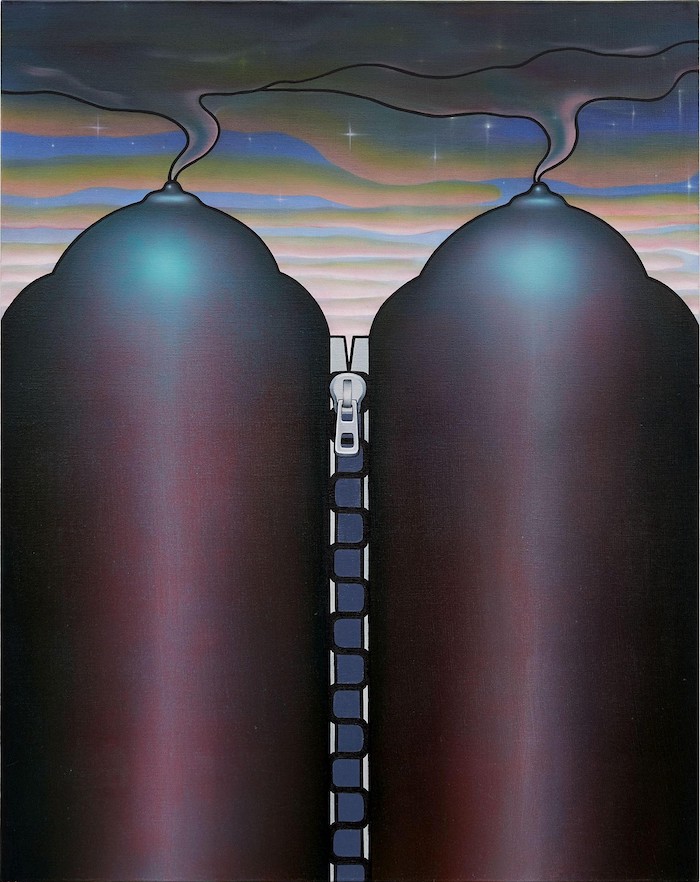 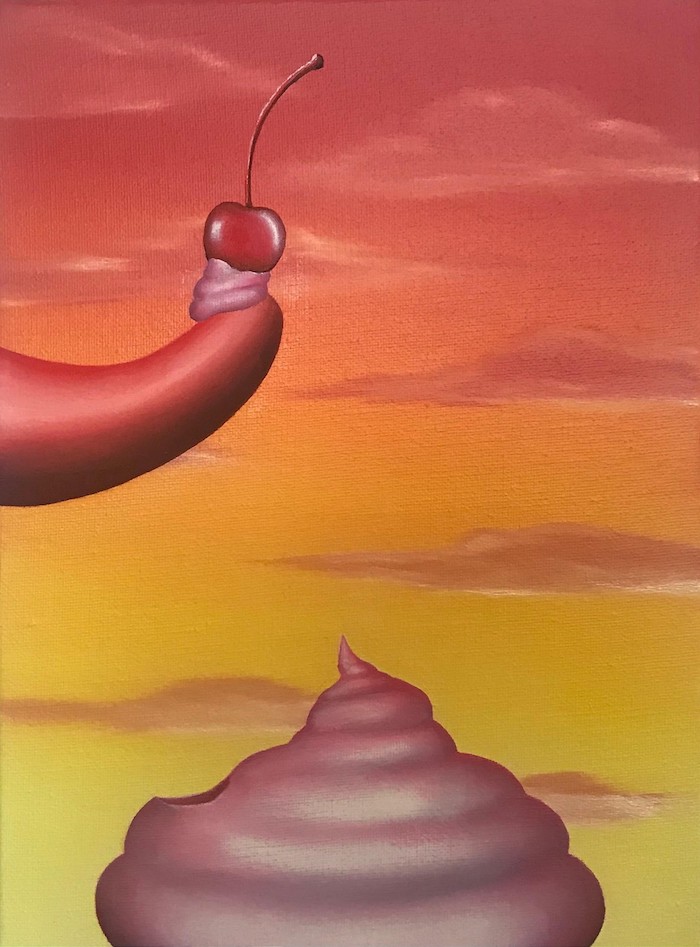 Working with different mediums but covering similar subjects in their work, Belanger and Smith transformed the entire floor of the gallery's NYC space into an elegant interior setting. Sinister yet humorous, each of the works constructing this glamorous, almost extravagant mise en scène, were engaged in a game of surreal inter-referentiality.

Belanger created a series of sculptural works that installed through space evoke the feeling of a sophisticated mansion, filled with familiar, yet completely unreal objects. Experimenting with presenting the body, especially the female body, as an object, everyday objects are given human features in her work. Without a strict concept of scale or perception, these sculptures transcend their primary meaning and enter the surrealist realm. Whether working with furniture, cosmetics, jewelry, or decorative objects, these pieces are balancing right between elegance and discomfort, beauty and bizarre. Exceptionally coherent, almost strict in dimmed color palette used, they are somewhat of 3D extensions of the imagery depicted on canvases displayed next to them.

For this exhibition, Smith created a new series of works that are sometimes utilizing her retro-feel visual language beyond the format of the canvas, adding to the immersive feel of the entire install. Pieces like Medusa Modernee or Fruits of Labor are entering the gallery space with their narrative, or are literally overflowing the canvas format. Although rendered in oil, the artist's frequent and meticulous use of gradients, as well as the distinctive silky colors palette choices, evokes the airbrush-art aesthetics. While photorealistic at their technical level, the pieces are depicting a surreal world that conceals numerous references to feminist-related works. Bringing back some of her odd recurring characters, such as the bewitched broom from Disney's Fantasia, as well as using a variety of classic art symbols and metaphors, Smith's masterly executed paintings are continuously questioning the female role through history, with a series of images that are unpredictably playful and humorous, while mysteriously sinister and cold at the same time. —Sasha Bogojev

After this showcase Genesis Belanger will be presenting a new installation in the window of the New Museum in January 2019, and open an upcoming solo exhibition at Francois Ghebaly in LA in Spring 2019, and Emily Mae Smith will be having solo exhibitions at Le Consortium in Dijon, France in November, and at the Wadsworth Atheneum Museum of Art in Hartford, Connecticut in February 2019.

On view through December 22, 2018 at Perrotin Gallery, NY