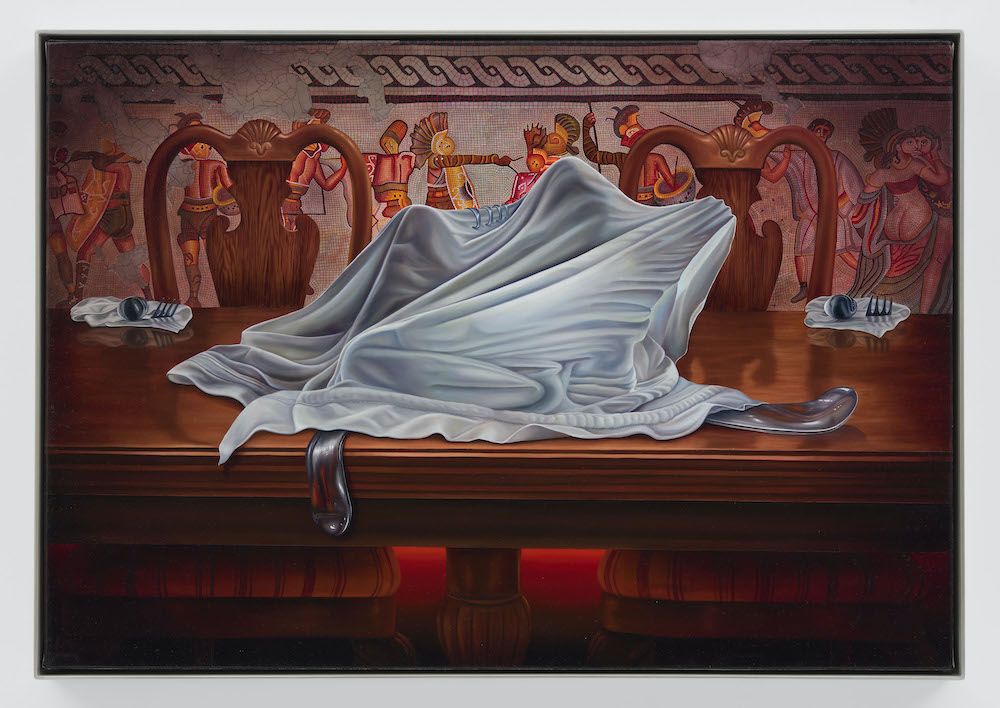 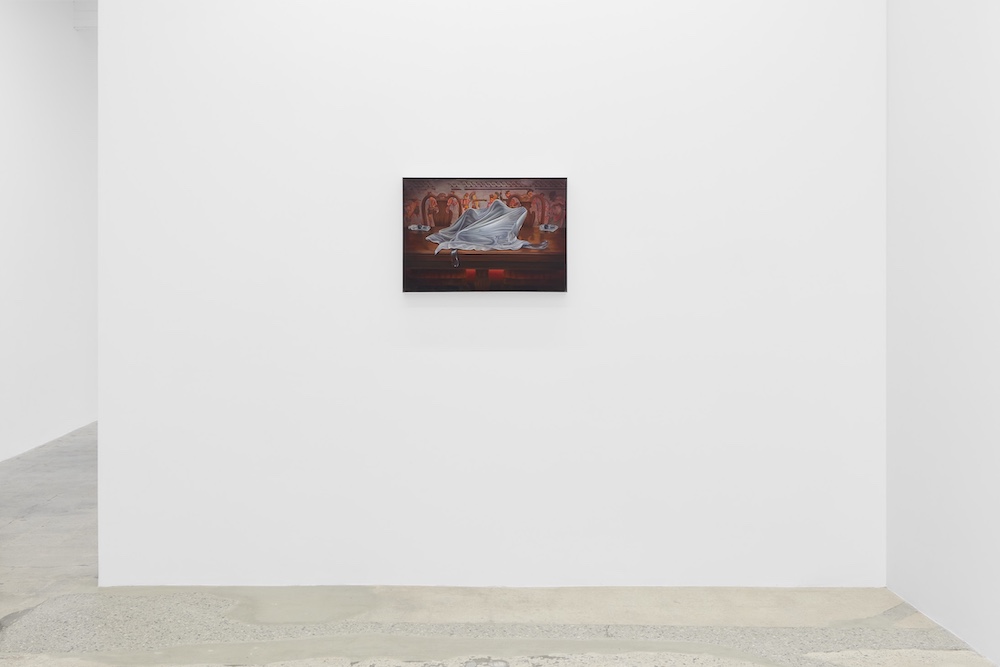 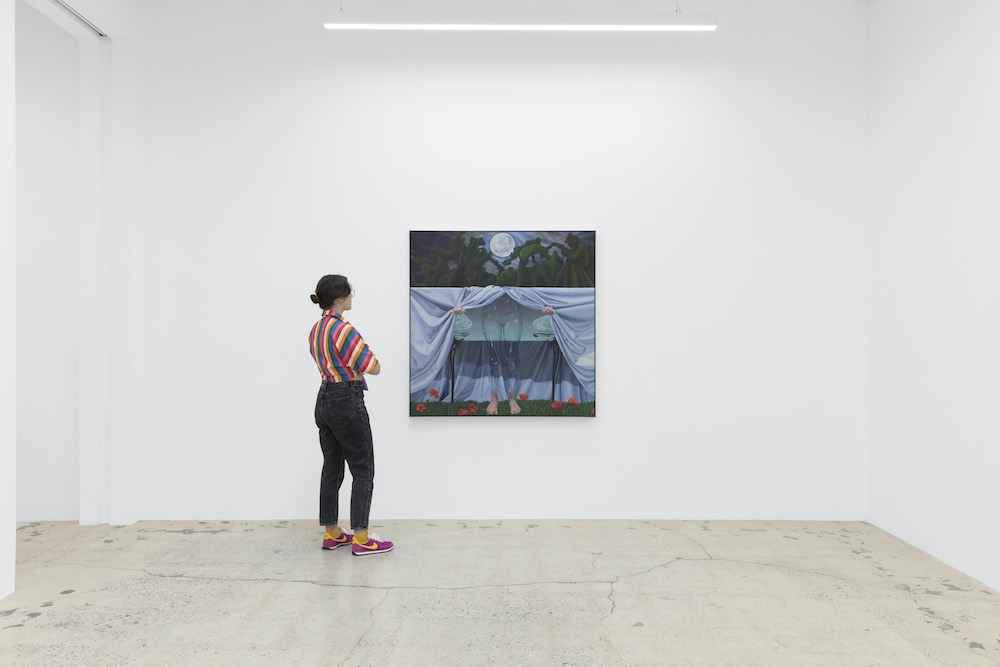 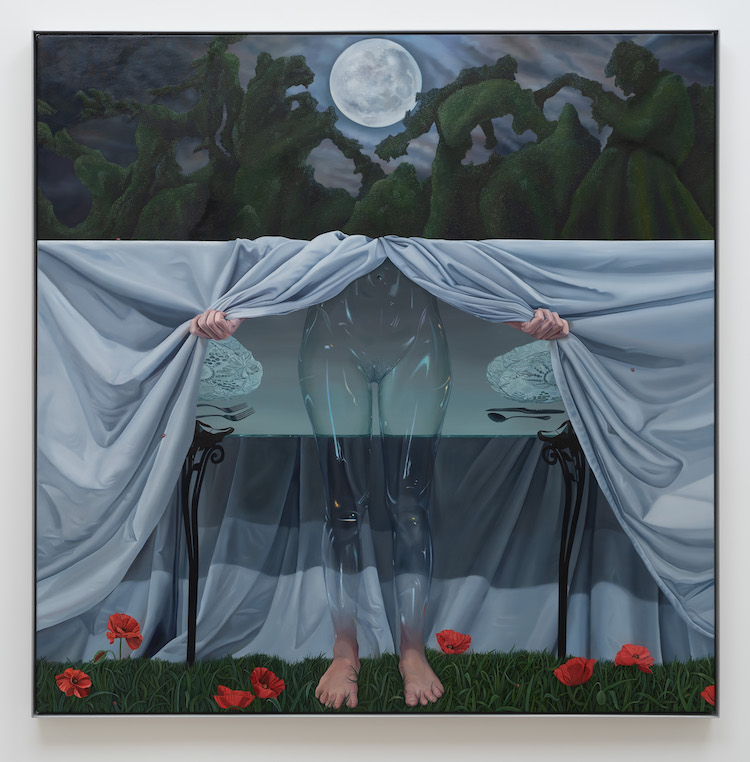 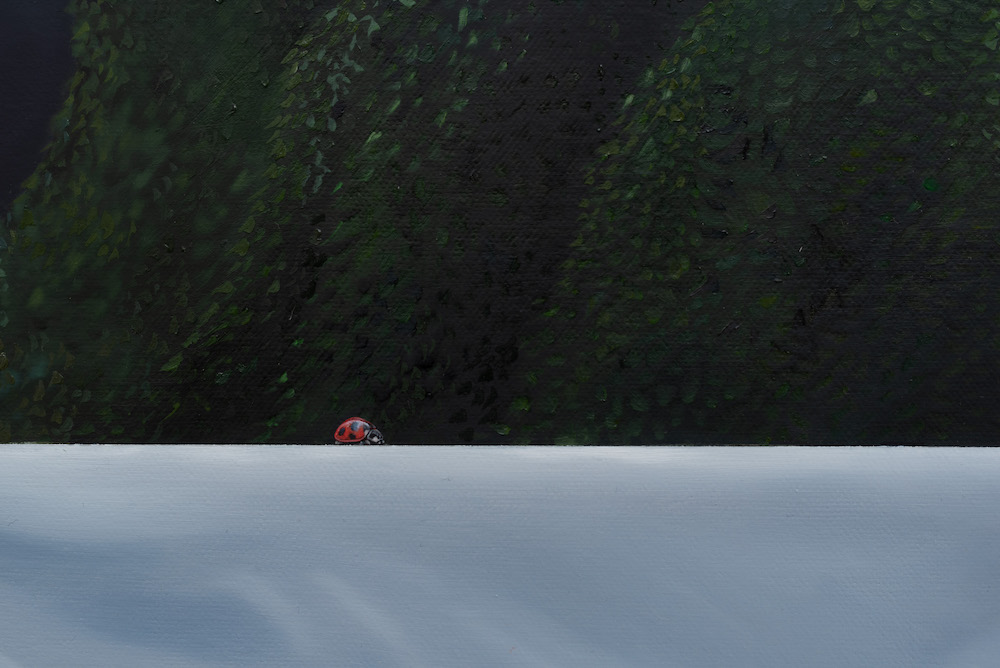 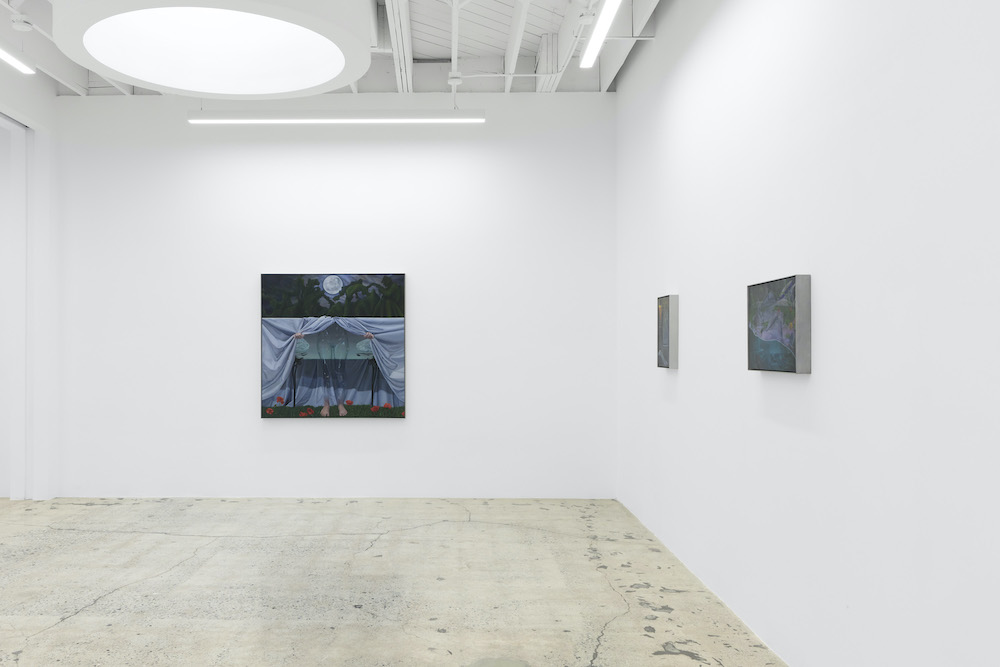 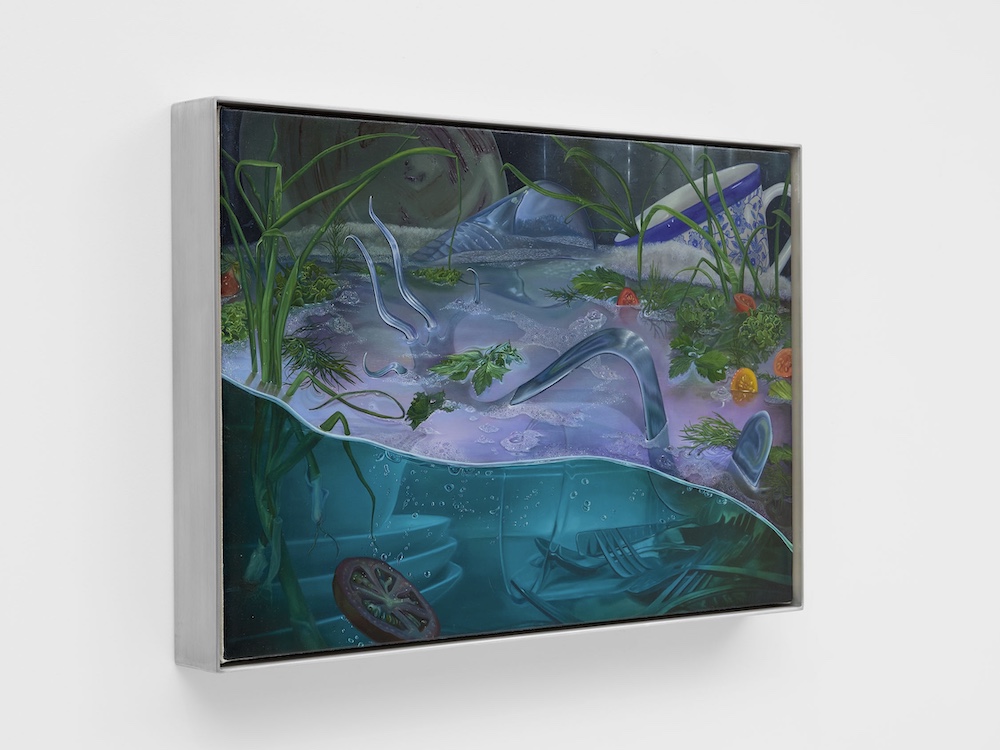 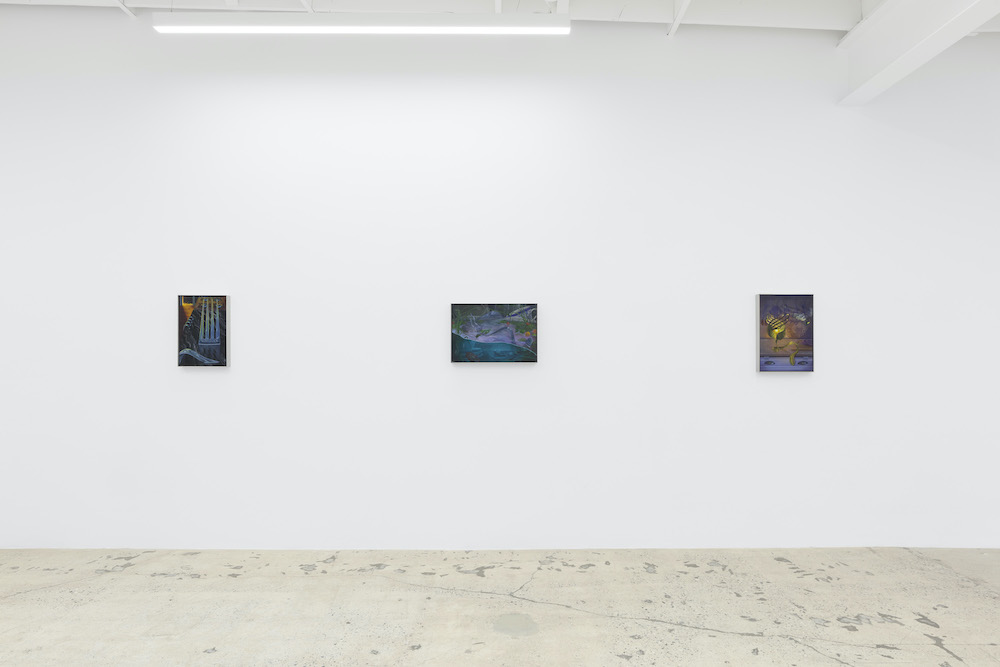 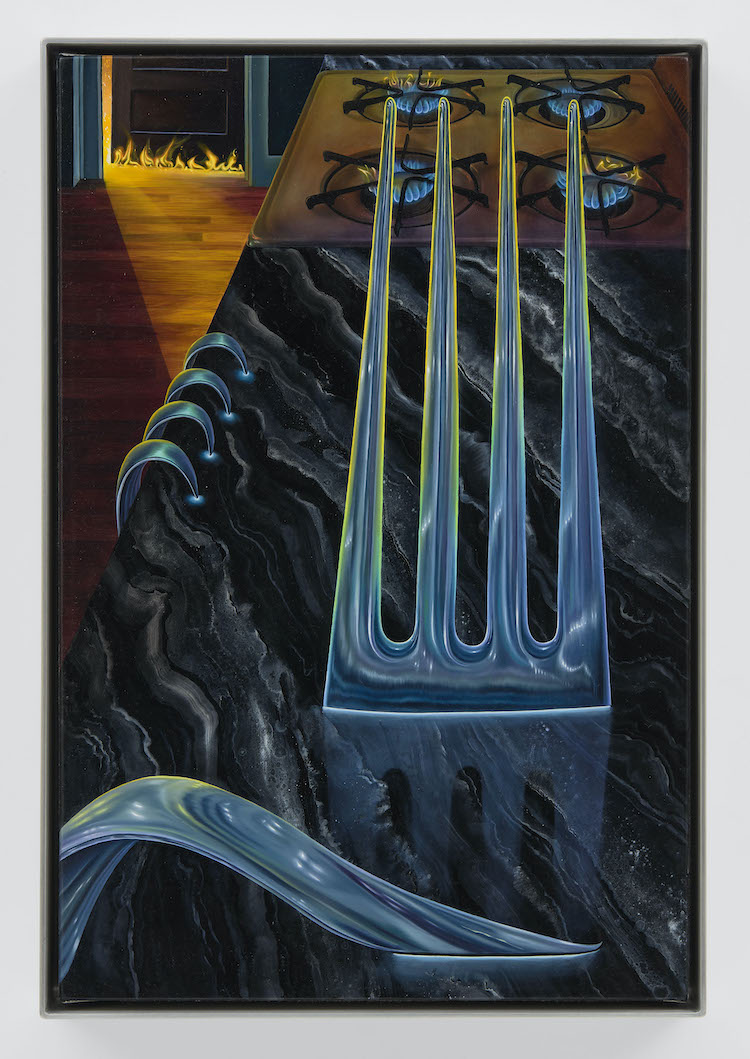 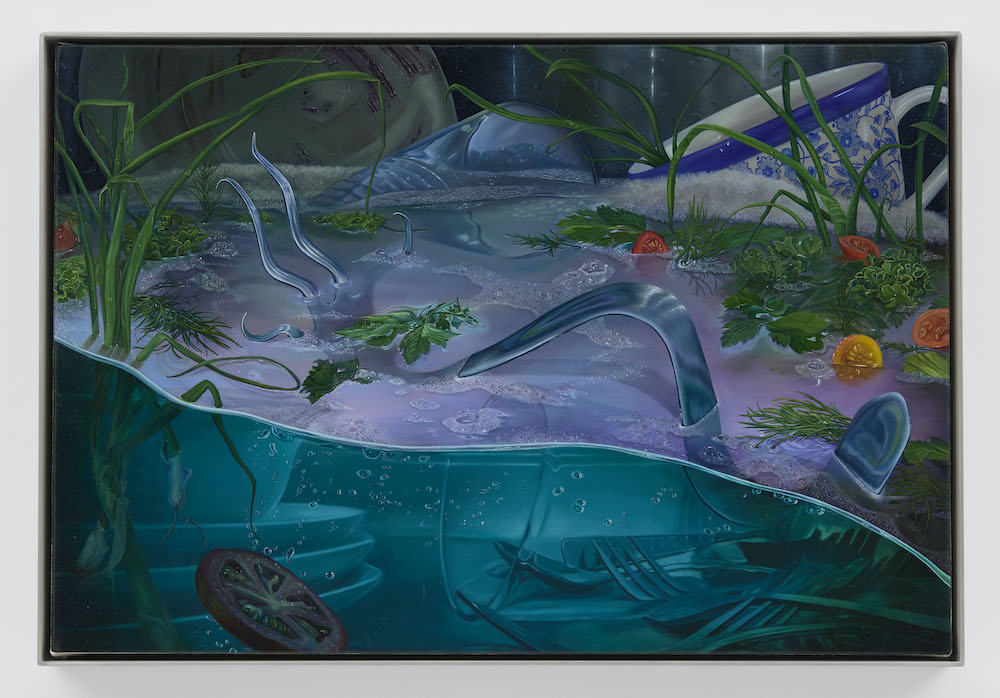 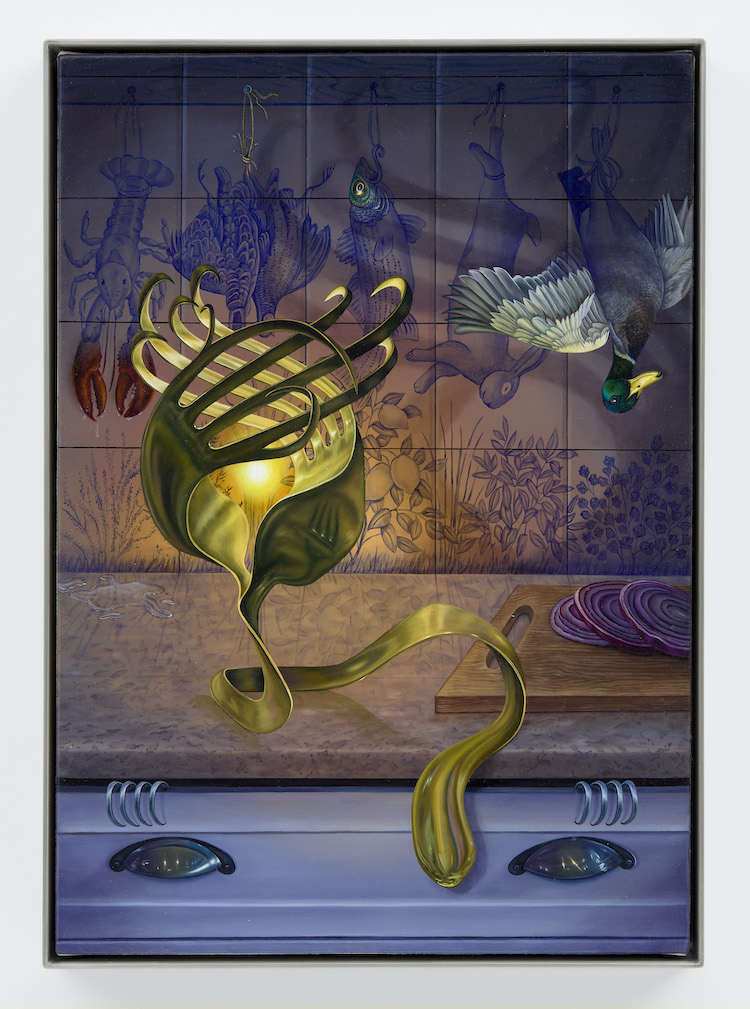 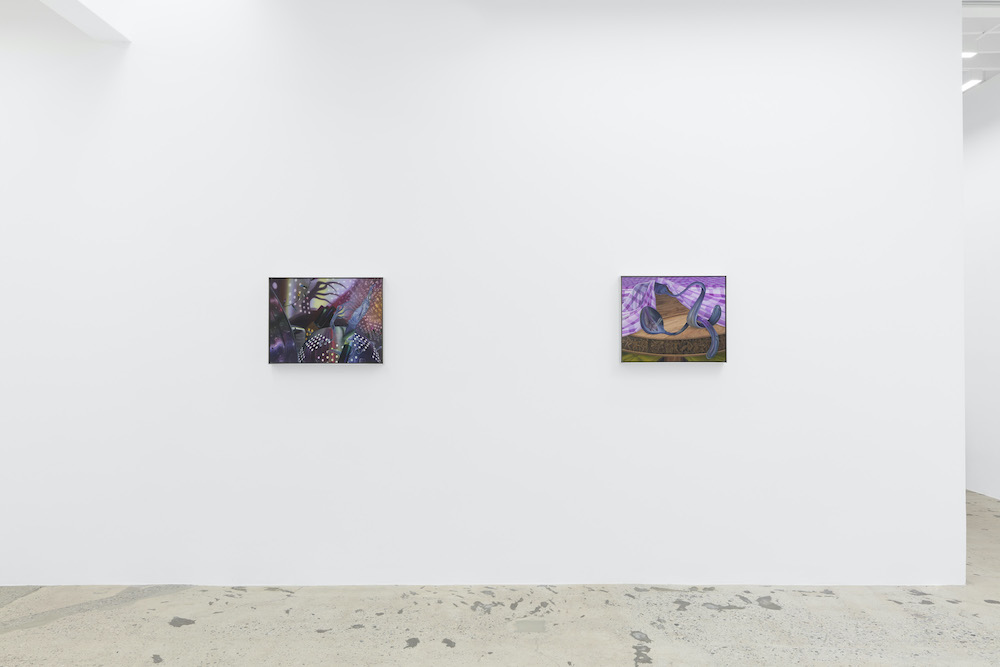 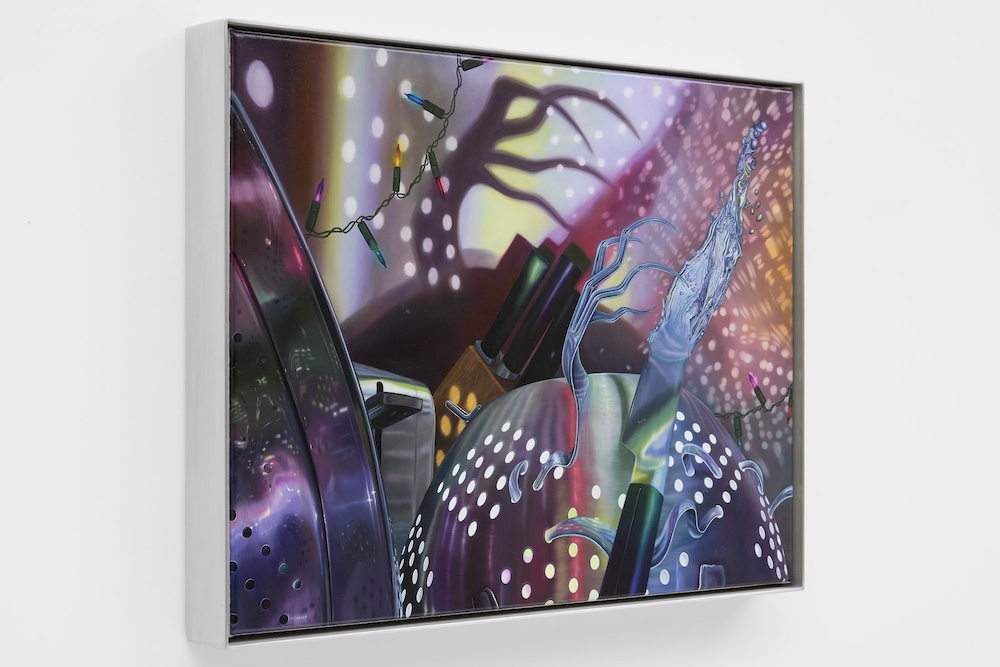 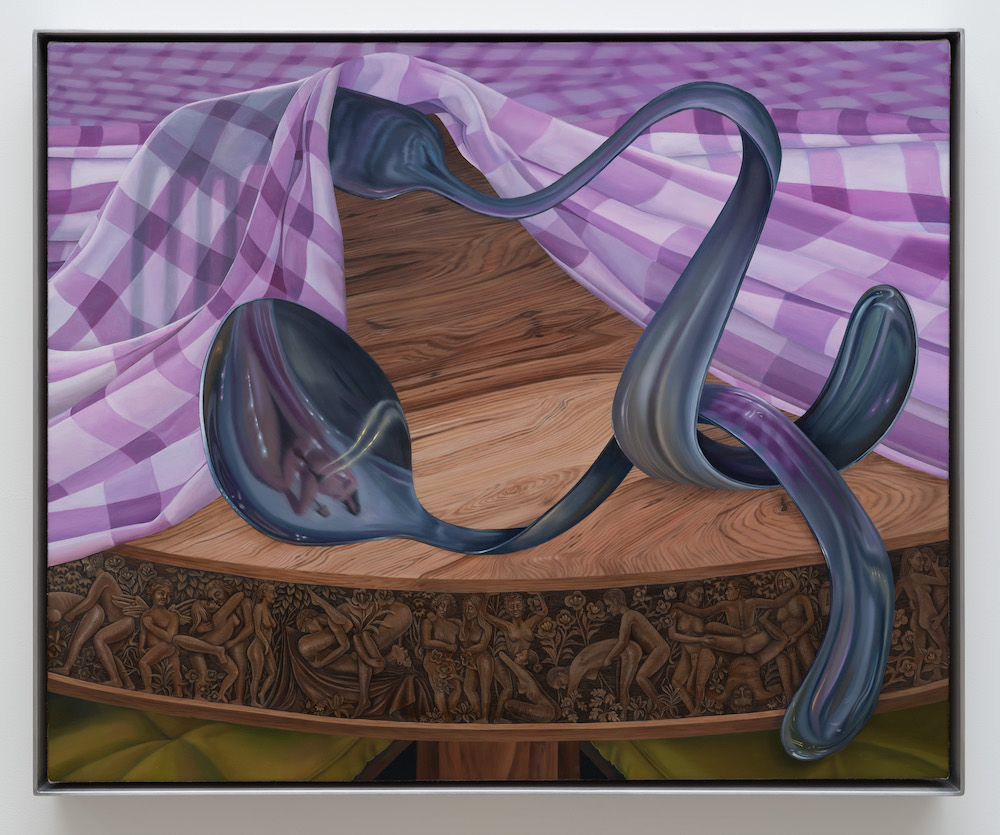 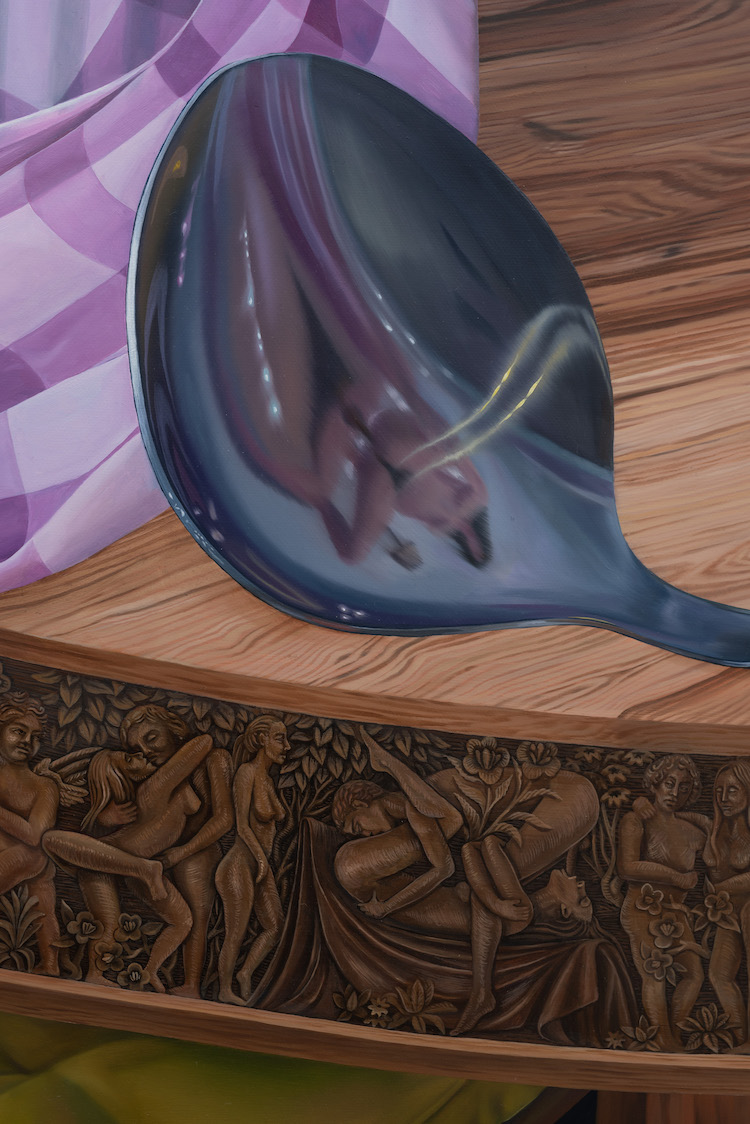 Anat Ebgi recently opened their first solo exhibition with Marisa Adesman, presenting a new body of paintings entitled Forklore. Featuring only one single human form yet imbued with otherworldly manifestations of life, the jaw-dropping presentation feels like a celebration of the artist's extravagant, spirited, and relentless imagination as well as exceptional ambition, diligence, and technical mastery.

When looking at Adesman's work one can't help but think of surrealism as a way to escape reality and place one's thoughts and emotions into a different, non-existing, but seemingly real universe. Yet, upon closer examination and with the title of the show in mind, "magical realism" comes closer to describing the bewildering visuals depicting the most impossible scenes filled with unlikely subjects. And in that sense, the term "magic" applies both to the spectacle captured with oil on canvas and the ways that St. Louis-based artist constructs her thought-provoking work and treats the paint. "Traditional folklore is often laden with themes that are simple yet timeless, straightforward yet powerful, and that ultimately reveal something about the human condition," Adesman told Juxtapoz about the wordplay used as the title of the show. "In Forklore, by embracing the absurdity of anthropomorphic cutlery, I hope this body of paintings can serve as a kaleidoscope, rather than a magnifying glass, to our everyday life."

Through the use of such unusual recurring protagonists, she is capable of creating the most perceptive visual allegories that are equally surreal or fantastical as they are universal, relatable, and profoundly dark. "My forks, spoons, and knives are in constant states of transformation – bending, melting, liquifying, igniting, dissolving. As a symbol of both nurture and control, the pliability of the cutlery questions the hierarchies of value that we’ve placed on the ideas of “civilized” and “uncivilized,” “domestic” and “wild,” Adesman explains and then continues about how these subjects inform the domestic locations and scenery. "It is the utensils in my works, rather than people, that are often the agents of action, assuming human, if not superhuman, qualities. The familiarity of both the setting and the imagery in these works allows me to begin my own retelling – presenting new tales of home and domesticity, of mystery and wonder, and of magic and alchemy."

At the same time, Adesman is fully utilizing the values associated with these everyday objects while animating them into everything from threatening claws or grinding teeth, over Dali-like melting marvels, all the way to curvaceous pairs caught mid intimate embrace. "As a society, we spend an enormous amount of time and energy trying to convince ourselves that we are better than, or at least different from, animals. By using various cutlery to feed ourselves, we dine rather than eat, believing we are somehow more refined, more civilized than other species. However, in my paintings, my utensils are rarely doing the work of utensils, but rather they contort fluidly, shift shapes, and camouflage to their surroundings. By becoming alive, my utensils highlight our reliance (as consumers and tool-makers) on other animals, plants, and systems. The bending cutlery asks us to rethink whether humans are truly the pinnacle of evolution, or merely players in a much vaster game."From silky drapes, over shiny surfaces, radiating flames or sparkling liquids, to glistening pearls and intricate mosaic surfaces, Adesman's has created an awe-inspiring body of work for this major solo presentation. As much as it's impressive to see such rich compositions and elaborate snapshots portraying different scenes from the same parallel universe, it's even more impressive to see them being rendered to perfection and most importantly, individually adding to the body of work as a whole. "Since this is my first solo exhibition, it was very gratifying to experience all of my paintings hanging in the same physical gallery space. Engaging with works alongside one another has given me ideas about how to develop future bodies of work, in which I hope to play up the interactivity between the paintings," Adesman told us about her favorite part about working on this exhibition, suggesting we'll be seeing a lot more of her elegant, dreamy, and intesively stimulating imagery. —Sasha Bogojev