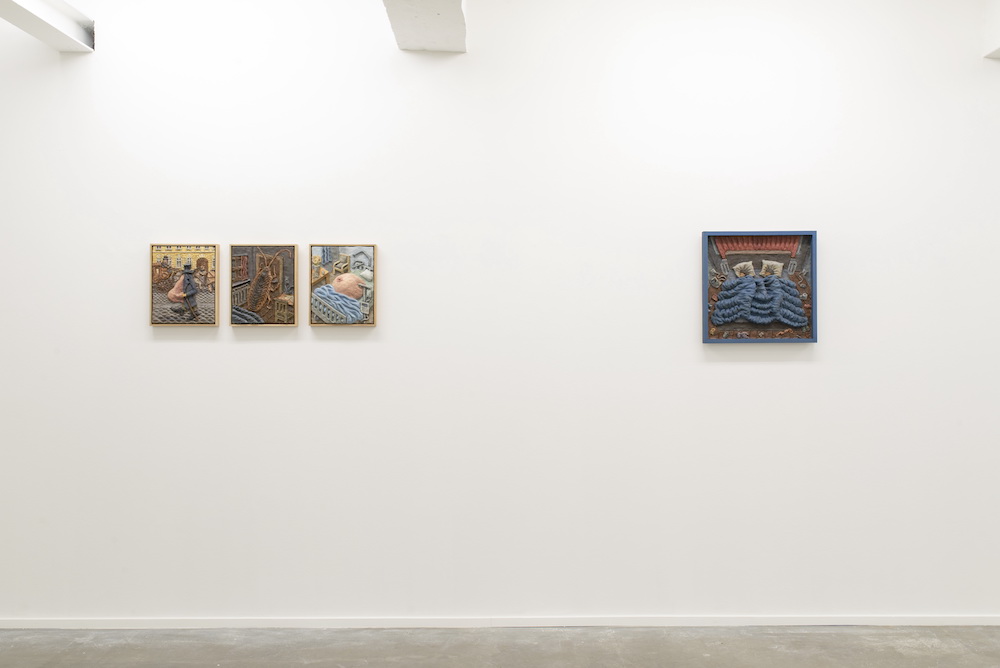 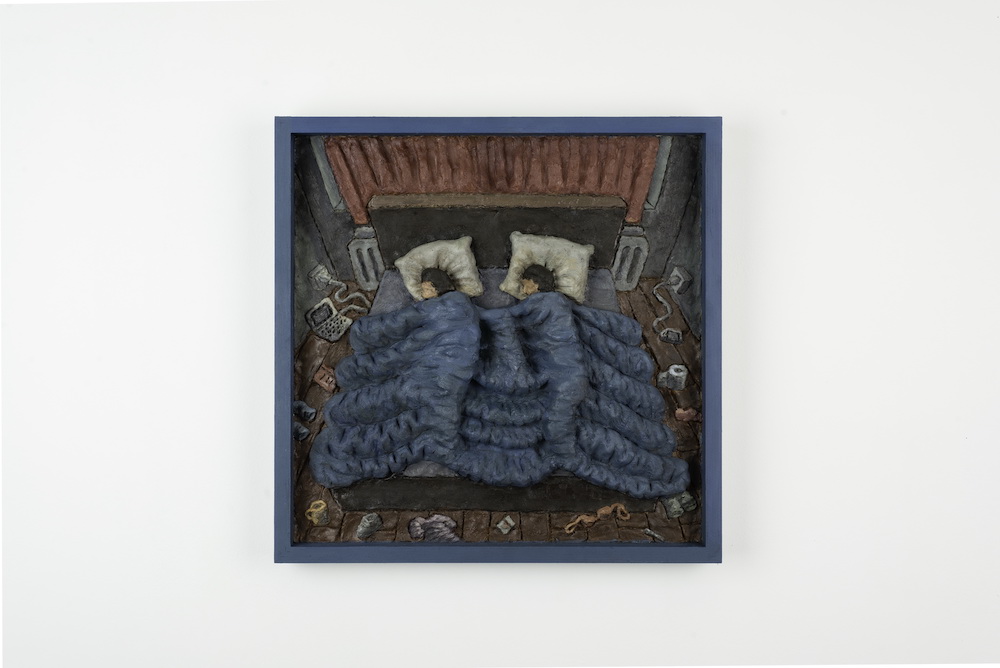 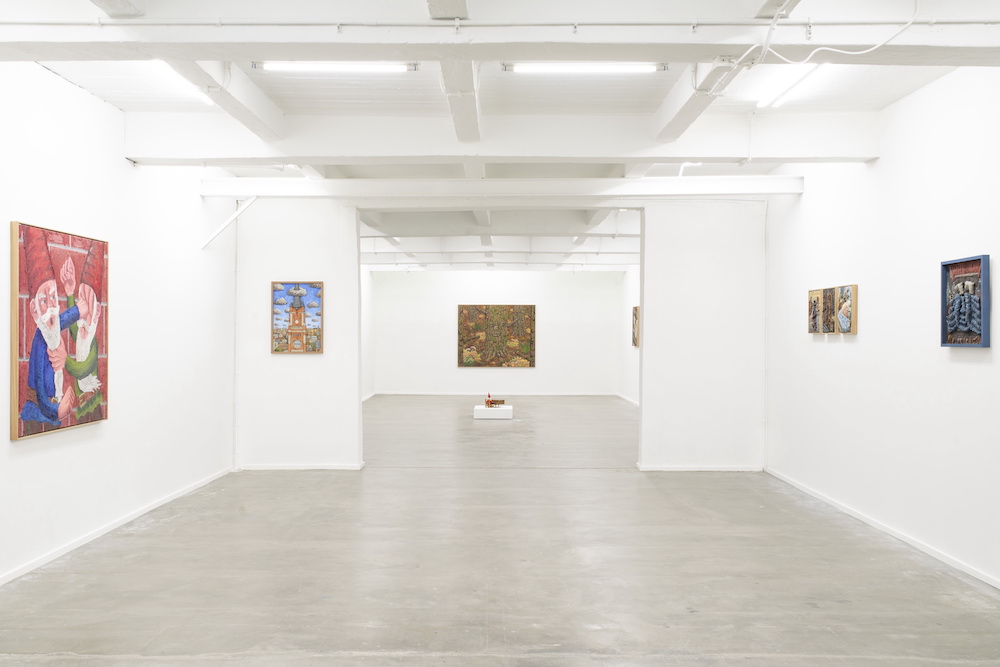 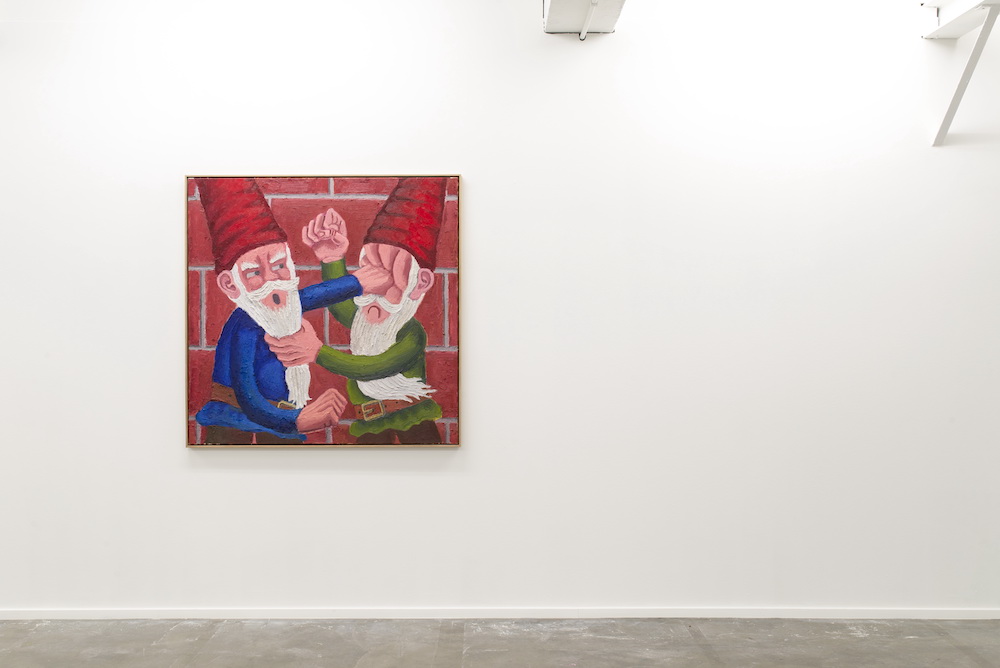 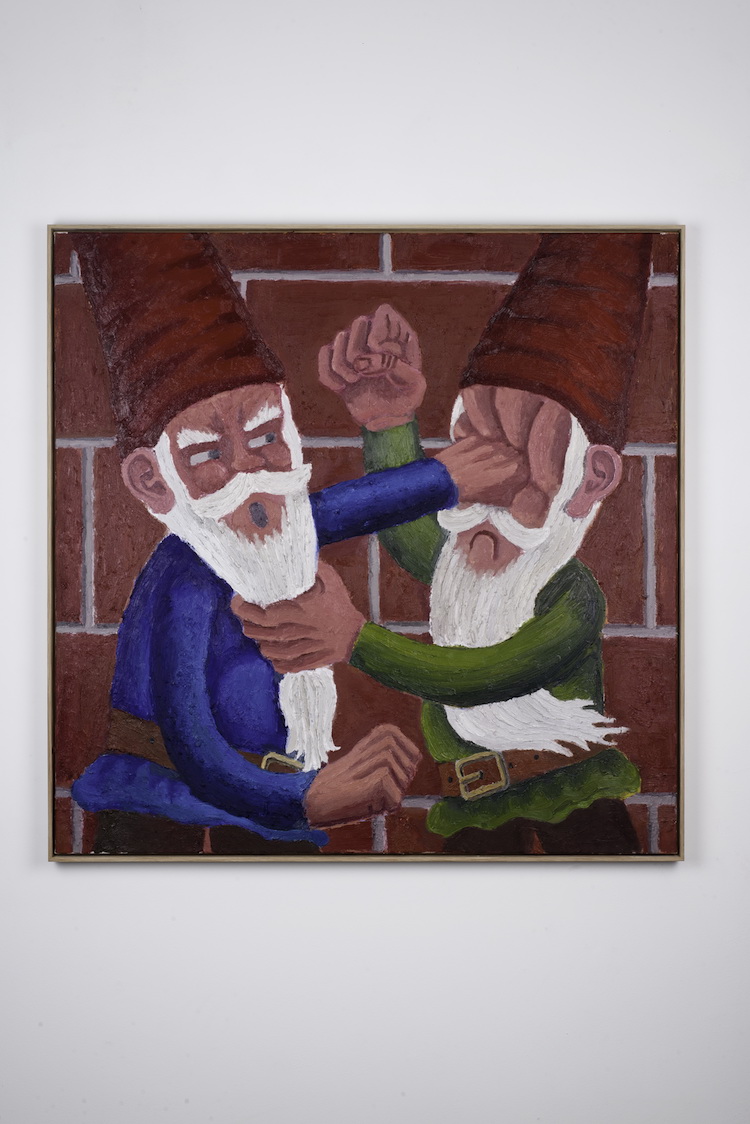 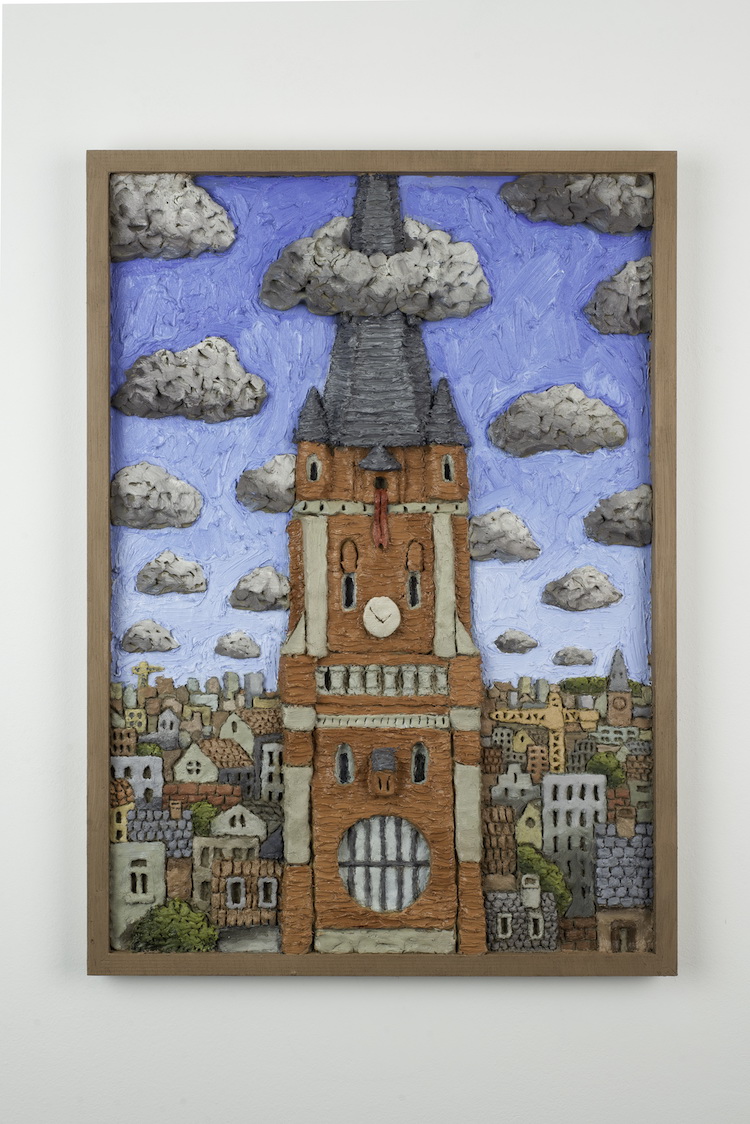 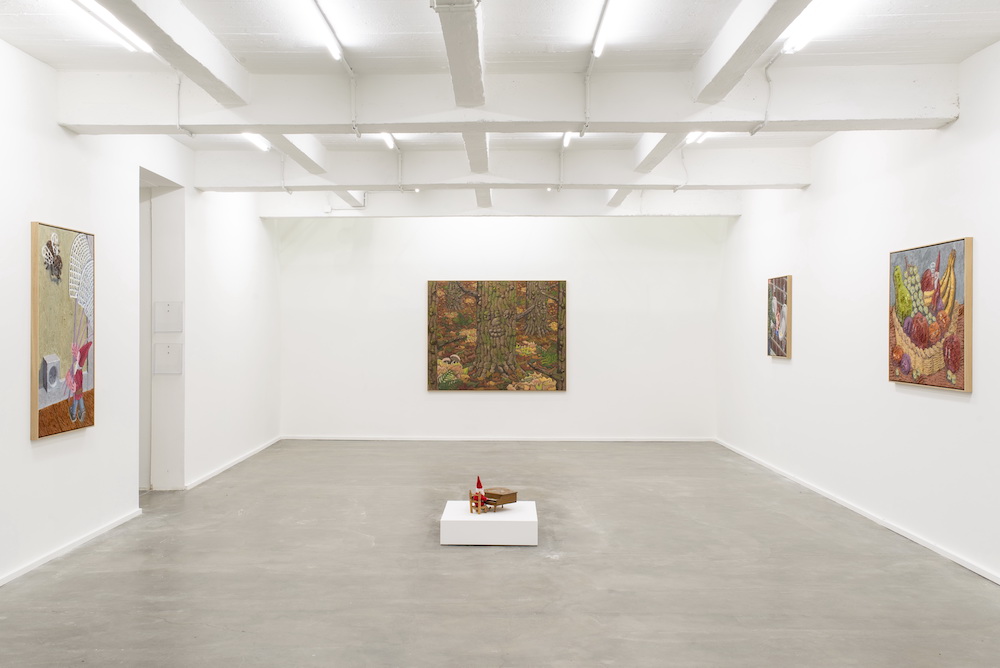 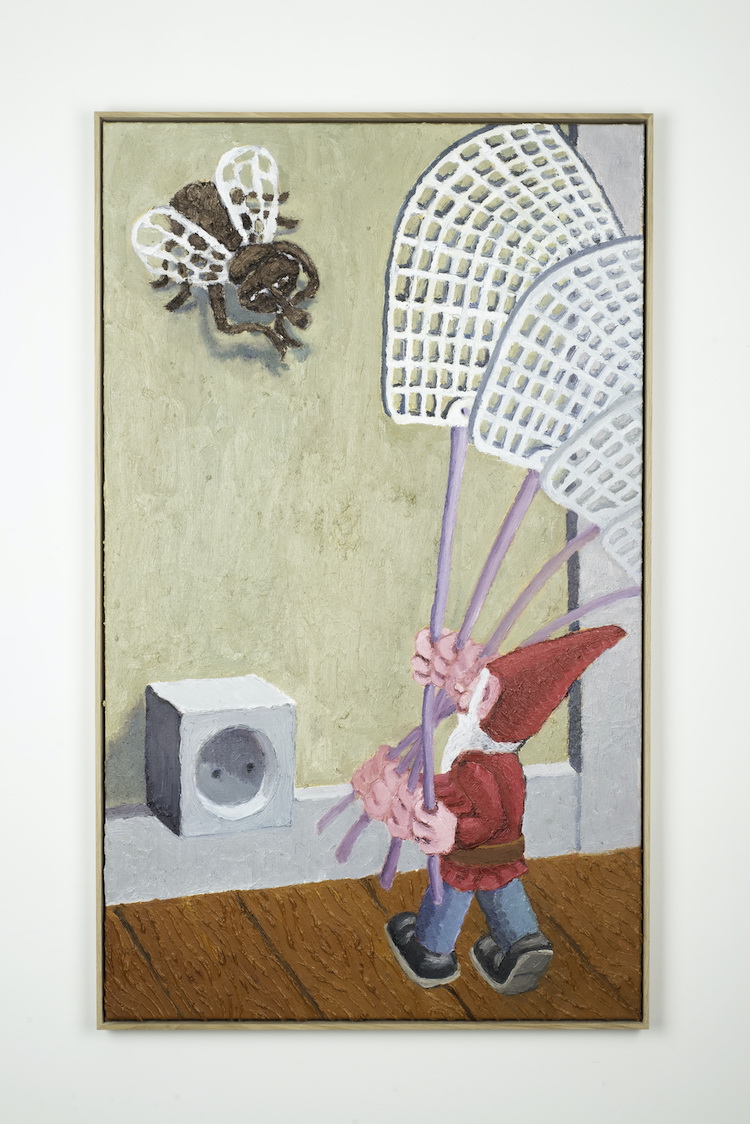 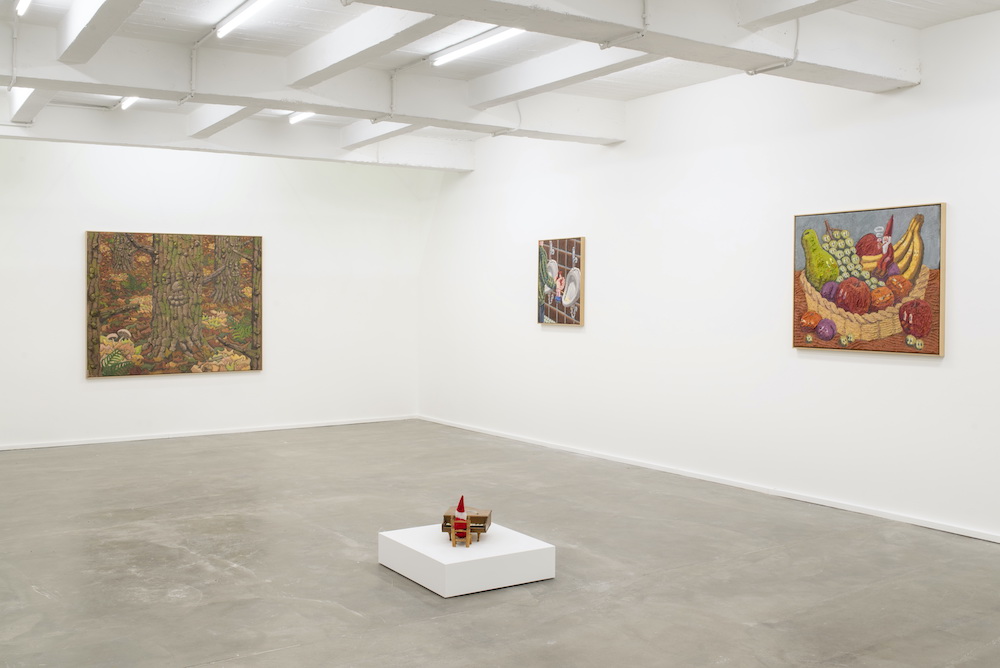 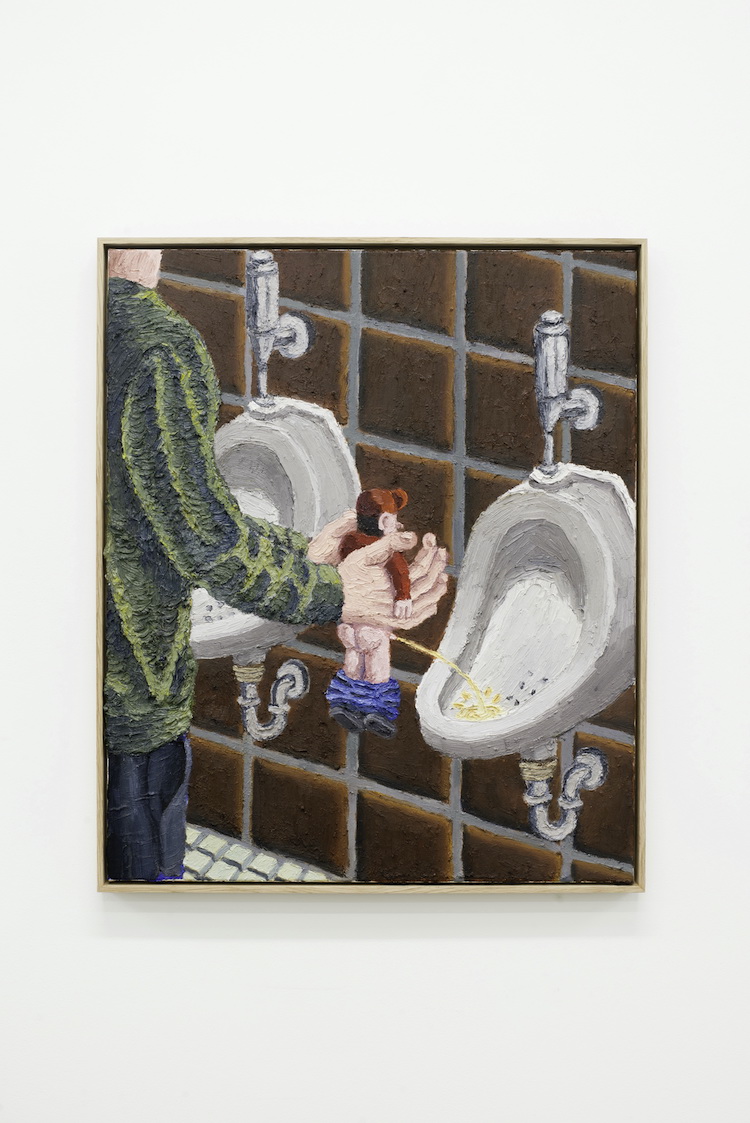 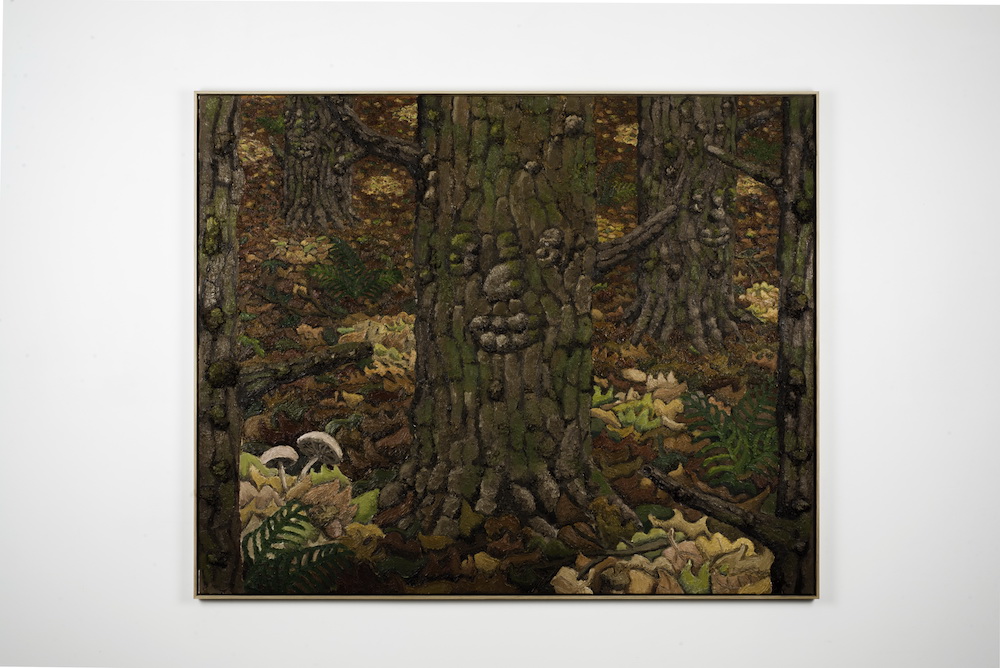 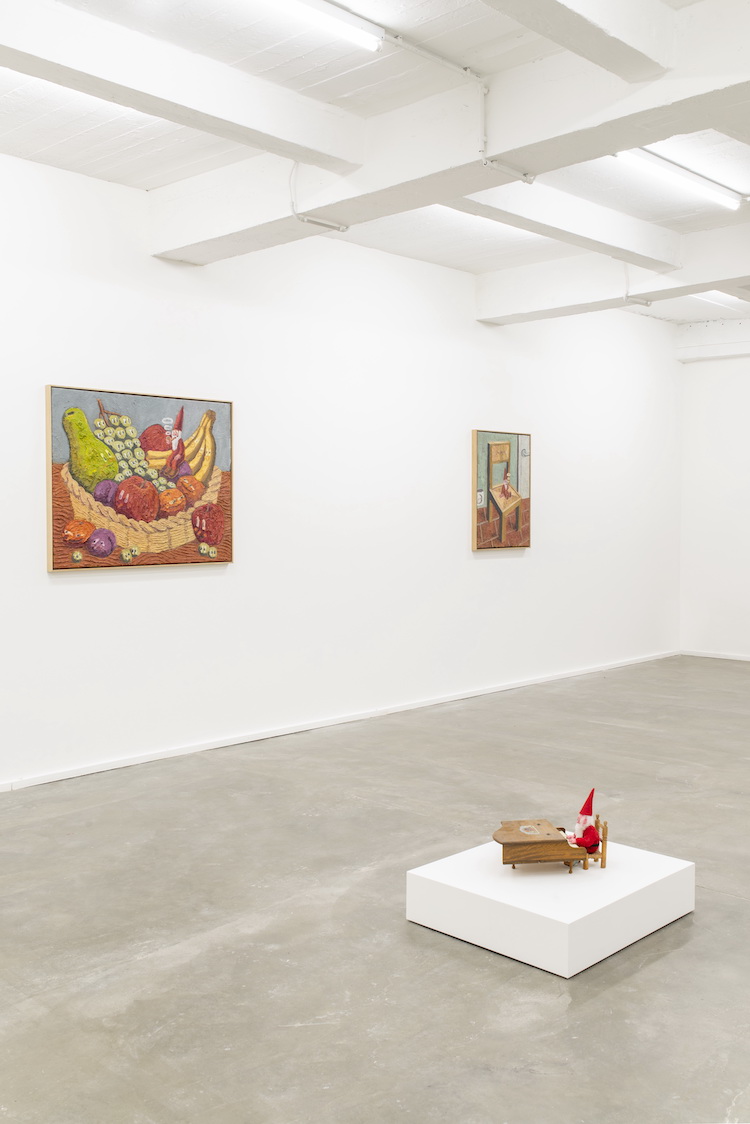 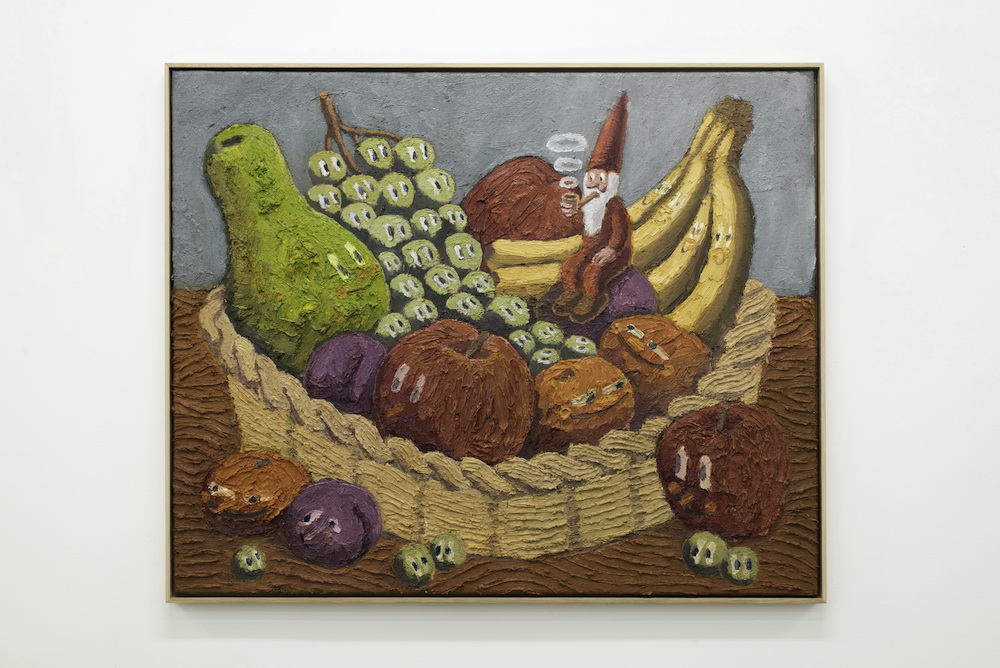 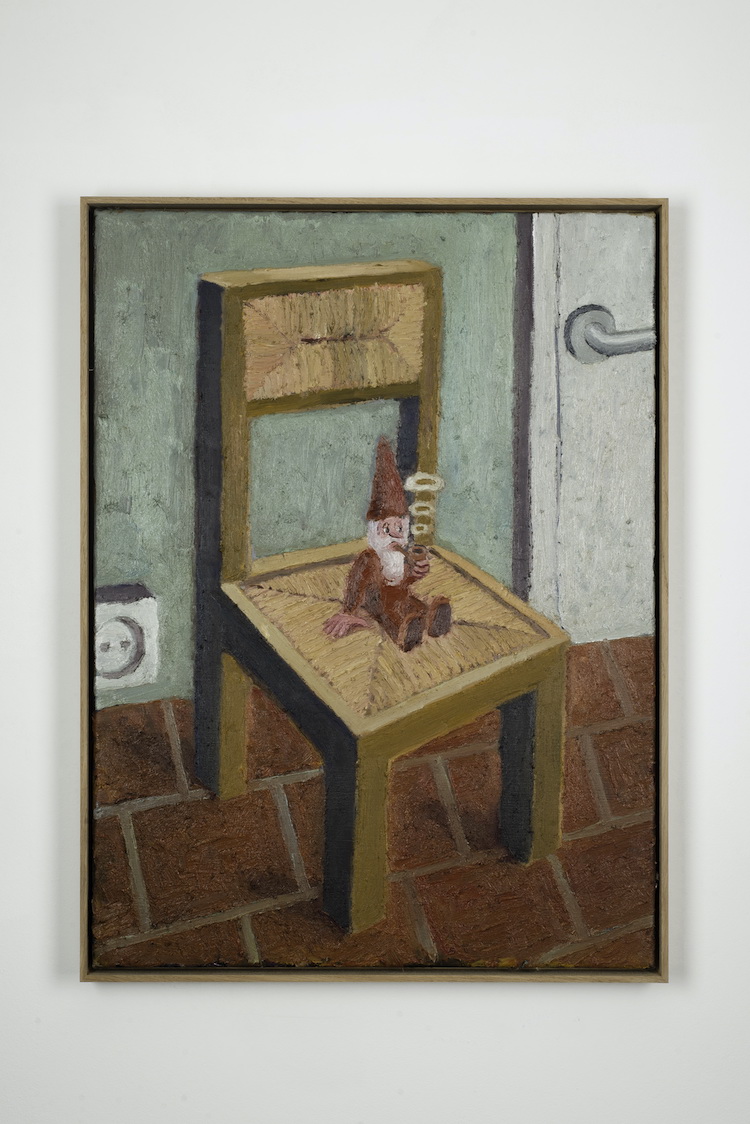 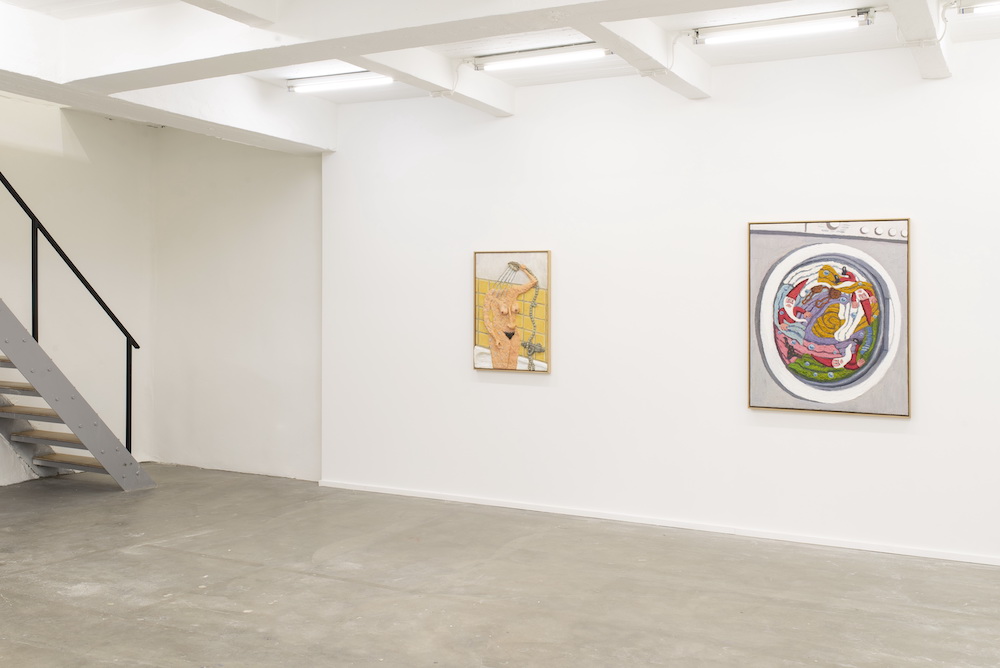 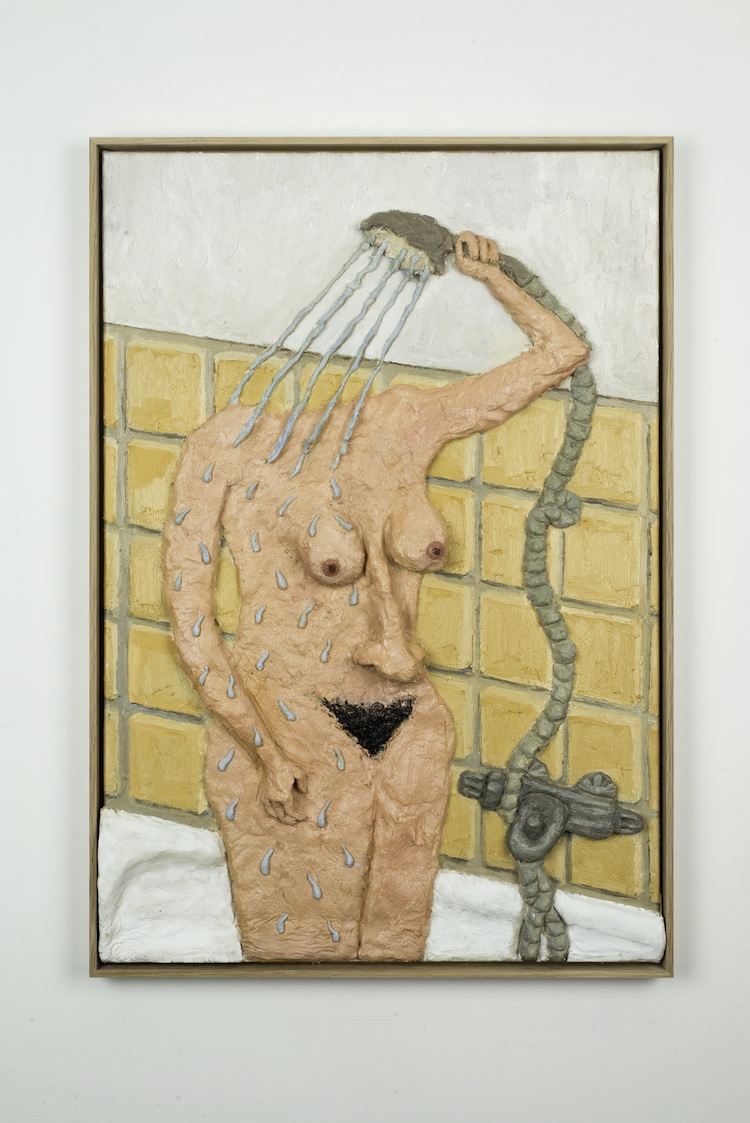 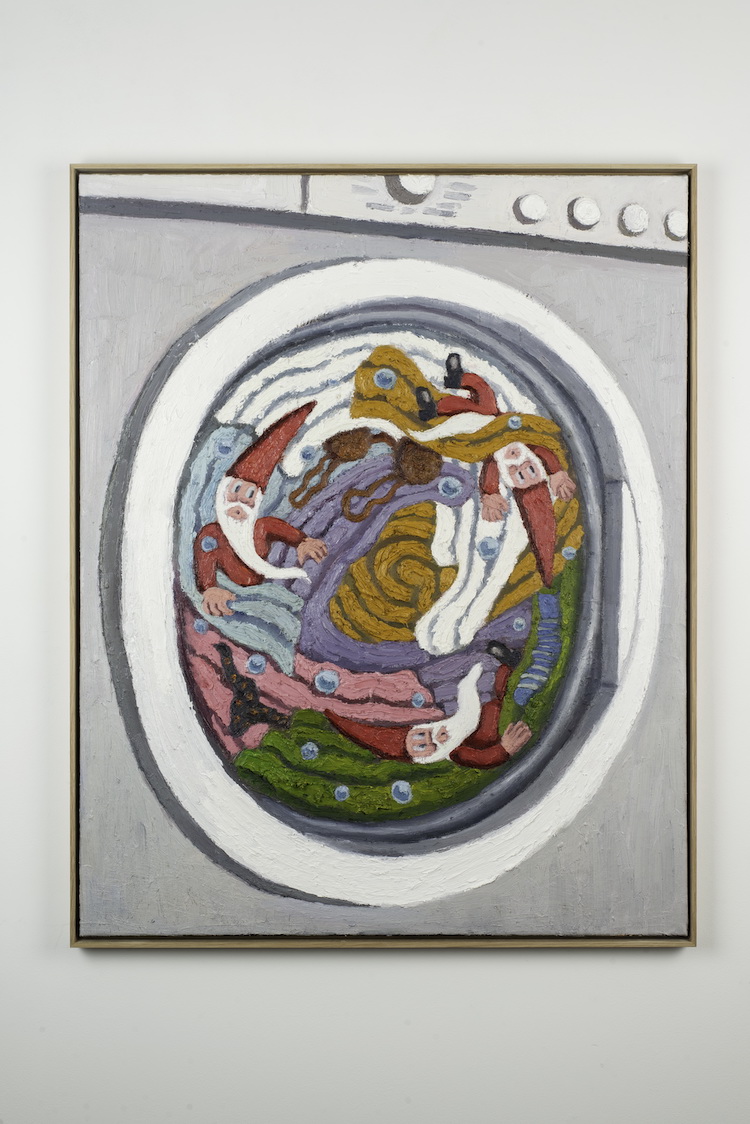 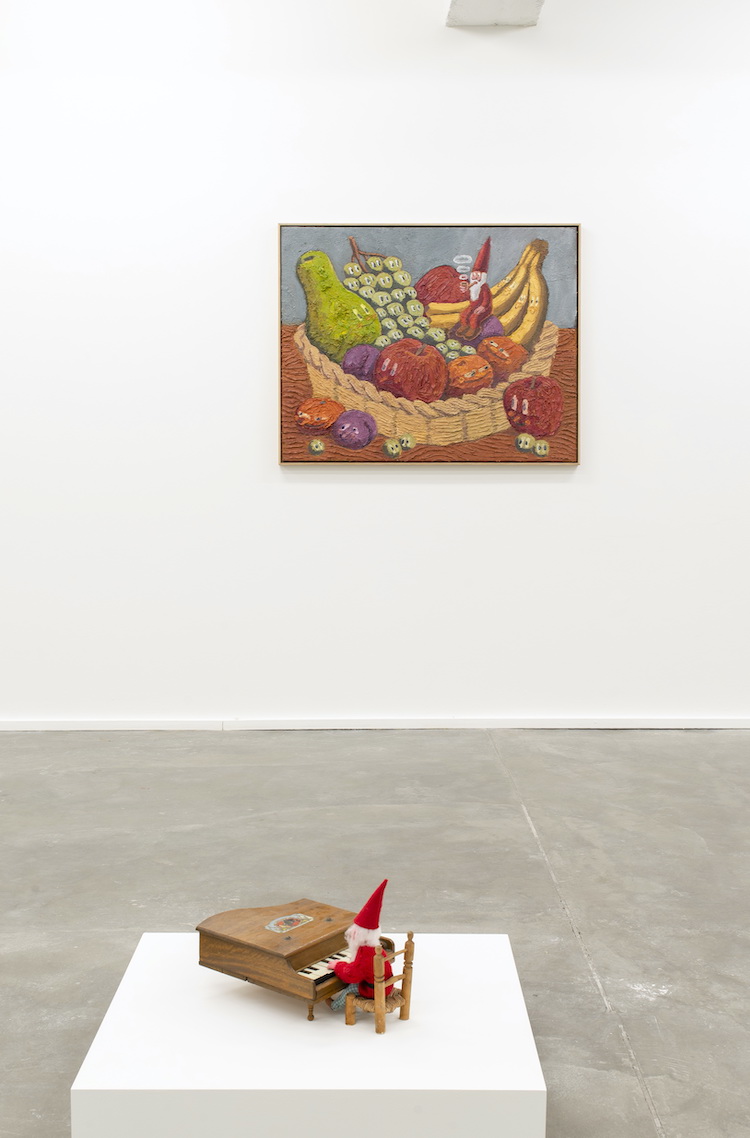 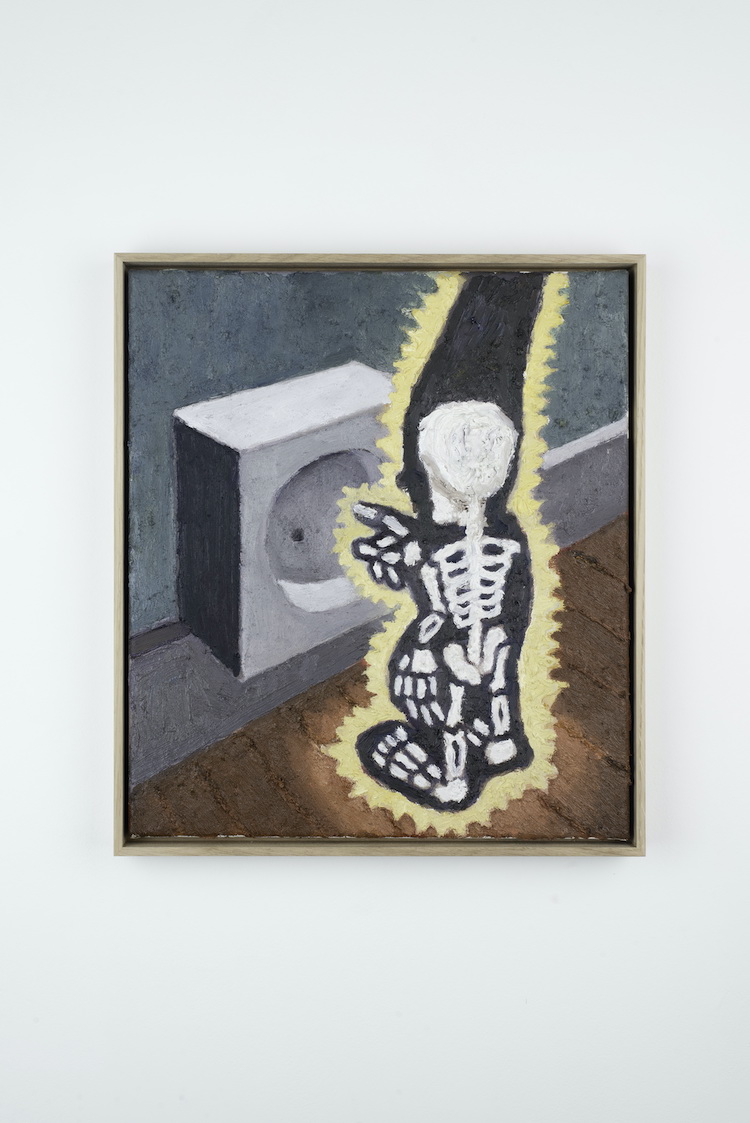 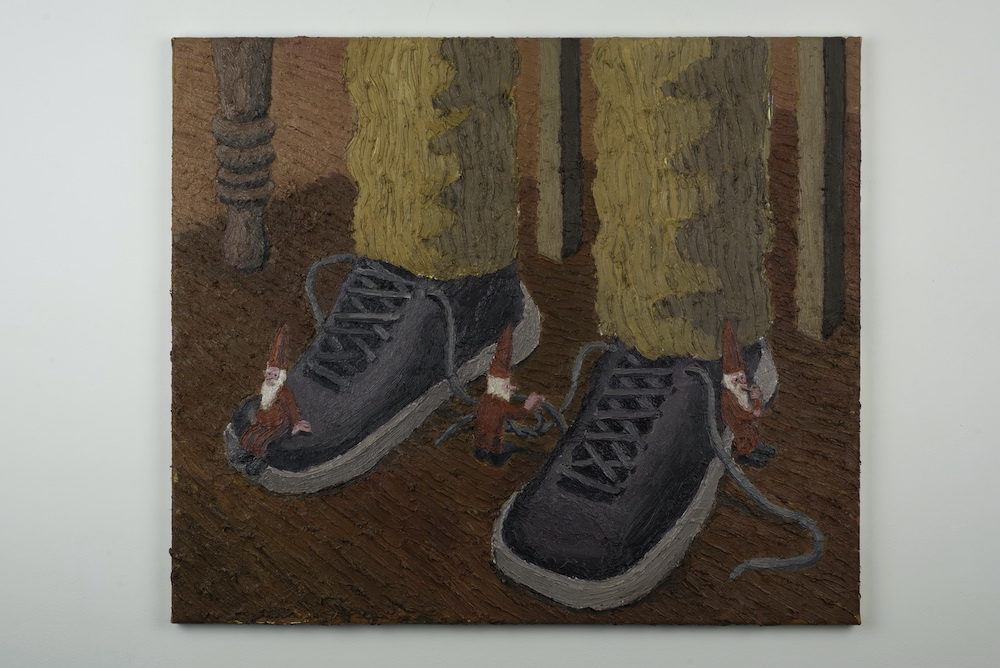 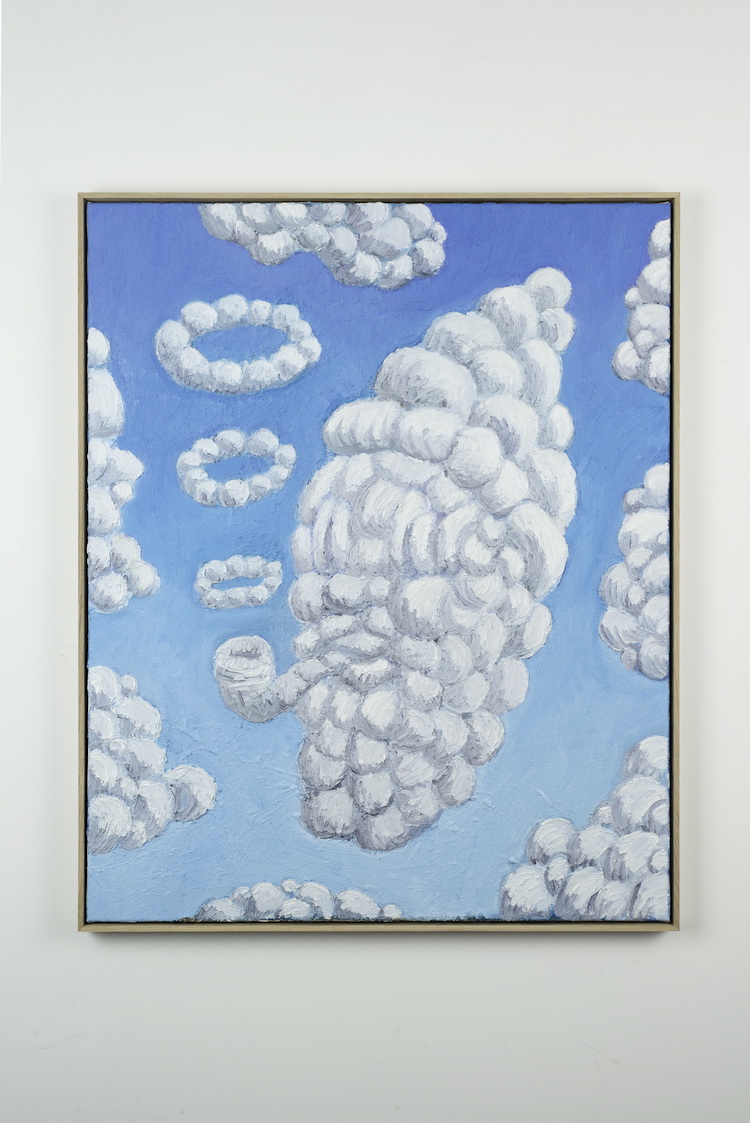 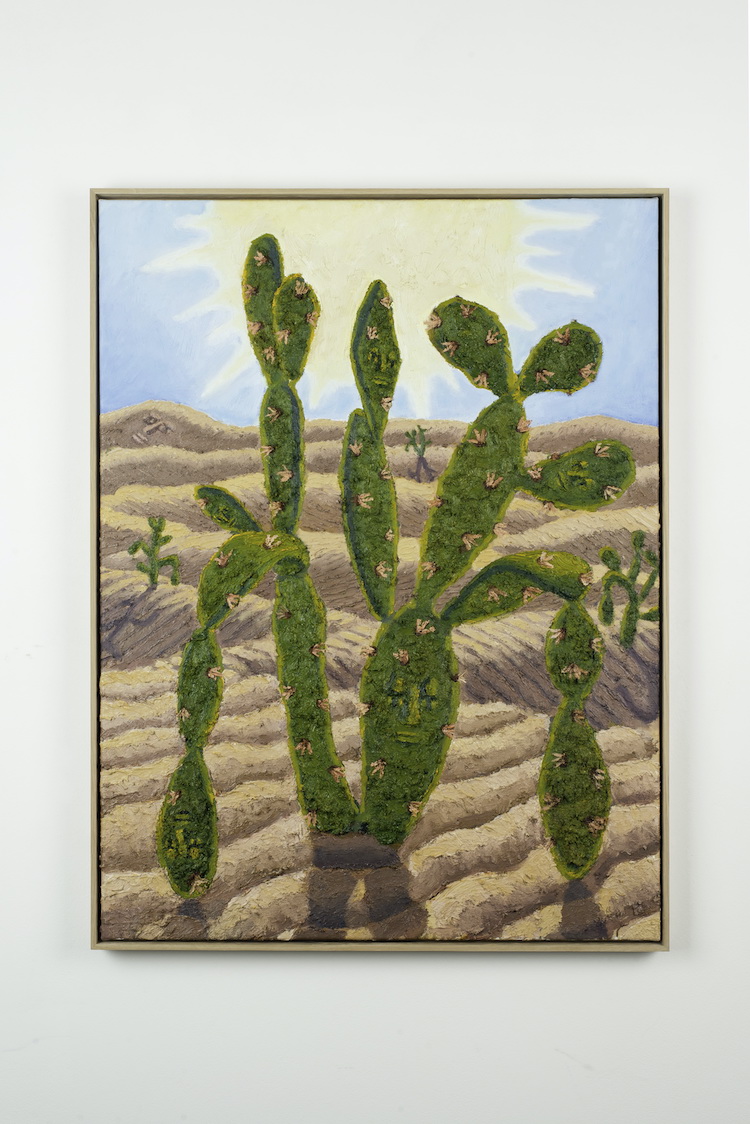 With insight into a human psyche backed by a bachelor’s degree in psychology Belgian painter, Floris Van Look is commonly inspired by everyday life events and encounters. But the body of work that compromises his solo debut Very Important Friends, which is currently on view at Keteleer Gallery in Antwerp, elevates us above the everyday reality into a world of fantasy and apparition.

Inspired by a long period of lockdowns and the repercussions of the countless hours spent alone with our thoughts, Van Look decided to explore human imagination and daydreaming, as well as experiment with symbolism through the reimagination of folklore imagery and exaggerated face pareidolia. The interest in figurative painting informed by studying traditional painting at the Academy of Fine Arts in Antwerp led him towards developing a visual language and technique which transcends the flatness of the canvas surface. The love for textures and the use of paint's materiality eventually elevated the work into a sculptural sphere by mixing putty and oils and entering the 3rd dimension. Through such an approach the artist is capable of constructing the most impossible surfaces and compositions which are well utilized in this fantastical body of work dominated by red hat gnomes regularly depicted in everyday life through a series of odd scenes.

Serving as metaphors for humans and our own ambitions and clumsiness in handling life challenges, Van Look is capturing his subjects taking a tumble in a washing machine, confronting a fly, using the urinal, or taking a team effort to tye up laces. The humor of such odd scenes is accented with his tactile painterly technique in which these miniature characters are almost brought to life while the titles such as Electro Cutie, Marcel's First Memory, or Operation Bigfoot complete the playful appeal of it all. Yet, the possibilities of such voluminous technique come to the spotlight in the works in which the artist explores the symbolism and exaggerates face pareidolia. In the three small works The Nose, The Insect, and The Breast classic novels by Nikolaj Gogol, Franz Kafka, and Philip Roth are taking over not only the protagonist’s minds but also, literally, their entire bodies. The absence of certainties continues in the works like The Waiters, Santa Cloud, Double Nightmare, or The Lord’s Faces, as the artist magnifies the commonly occurring incorrect perception of the object. Molding a tree bark into literal faces, sculpting a pipe-smoking Santa gnome in the clouds, bringing bedding to life, or playing with architecture while perhaps parodying the religion, Van Look is cleverly utilizing his convincing technique while playing the familiar games with our minds and questioning our basic reasoning. —Sasha Bogojev