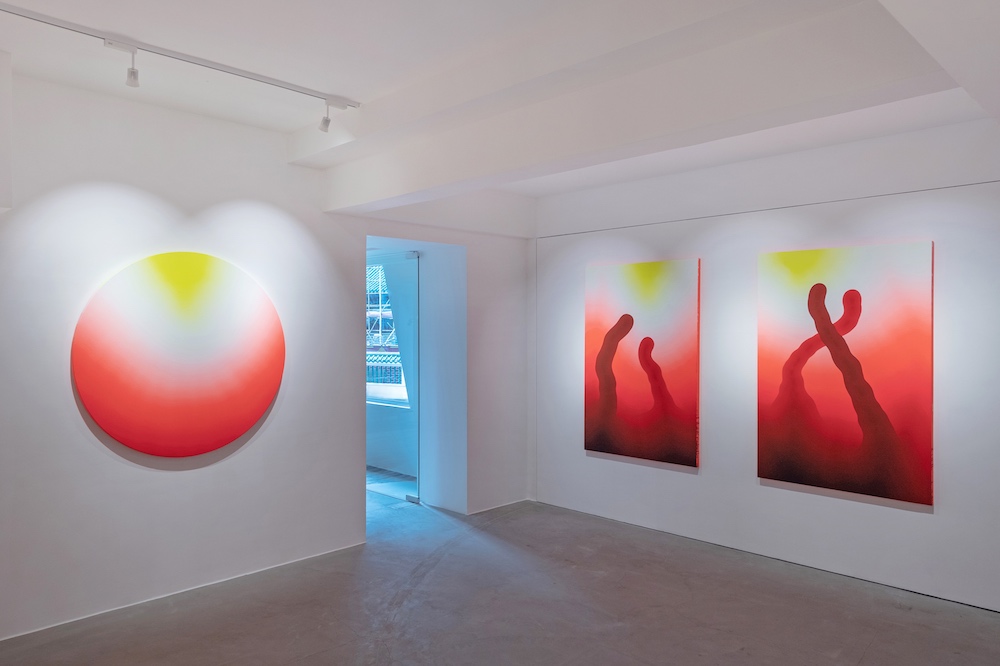 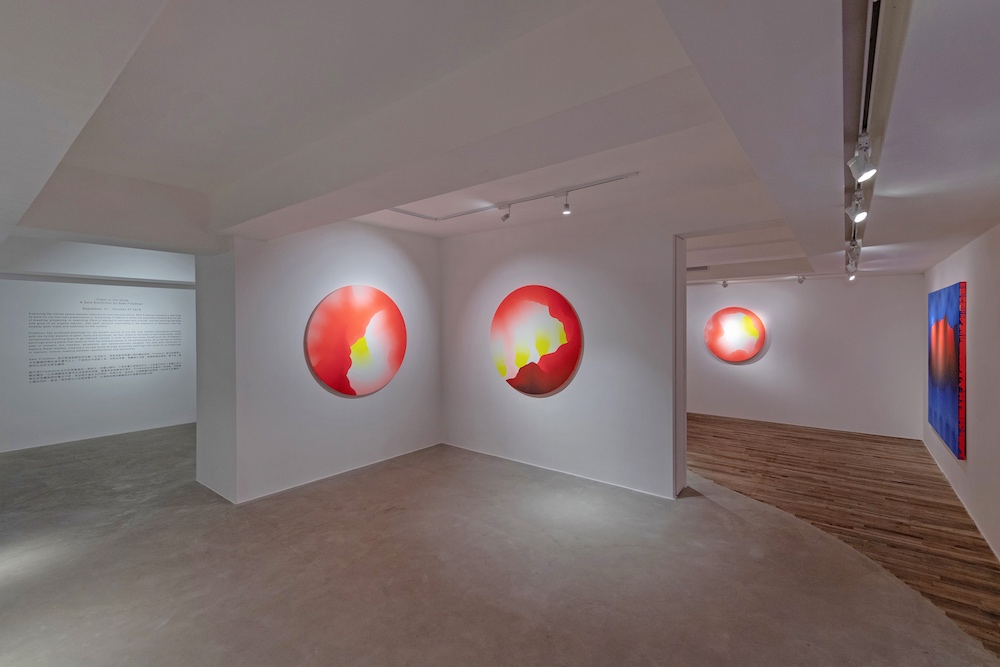 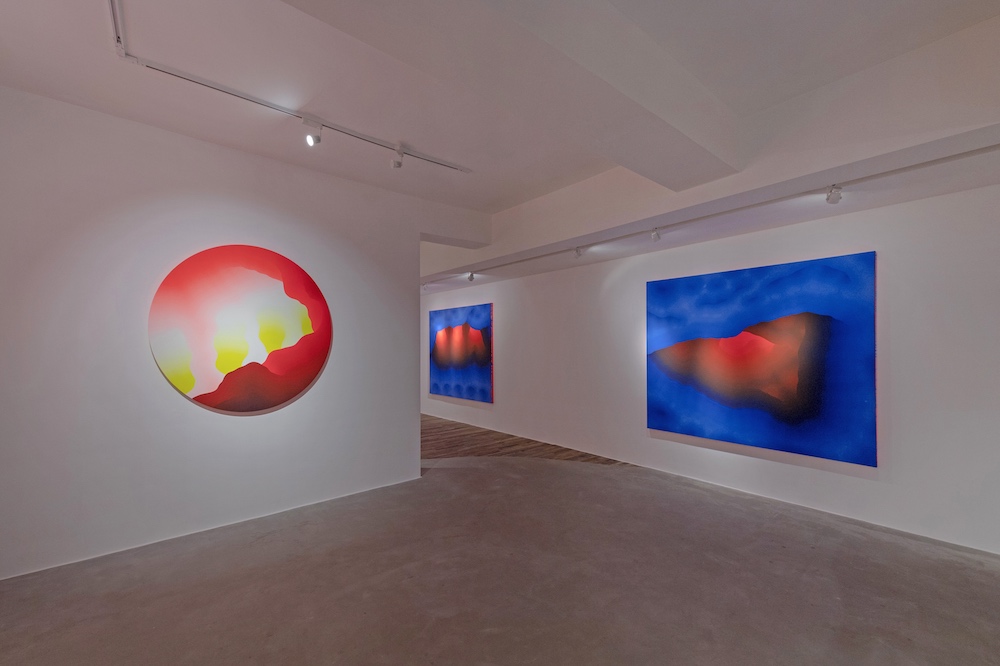 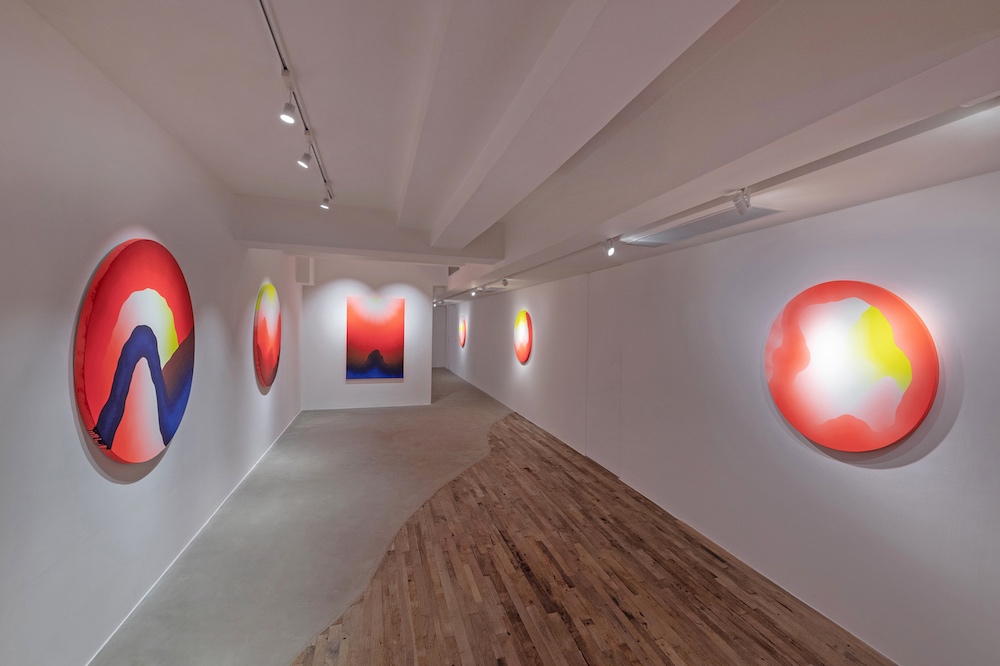 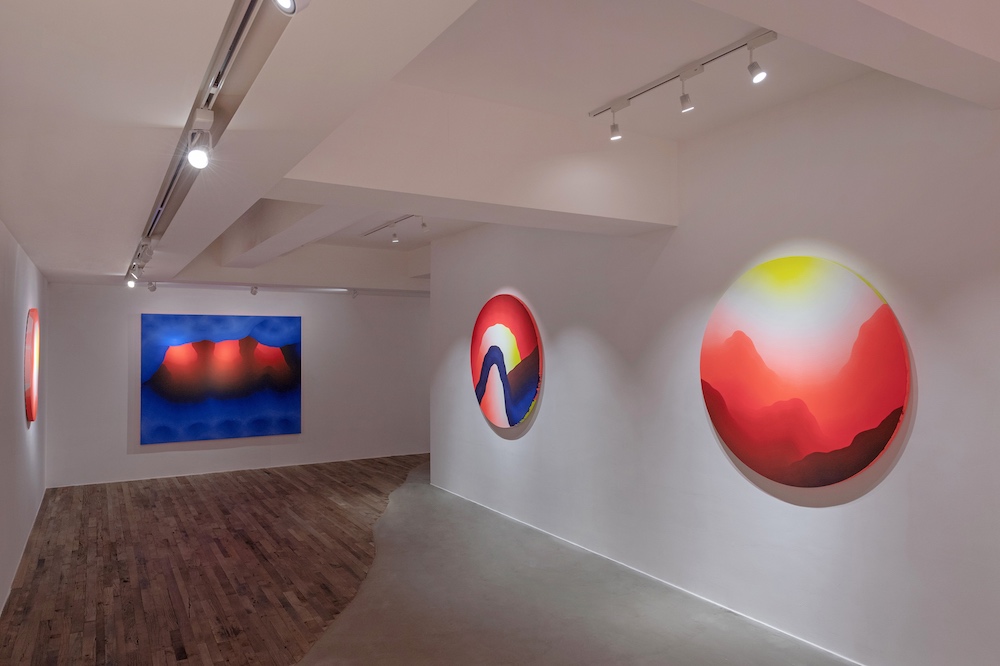 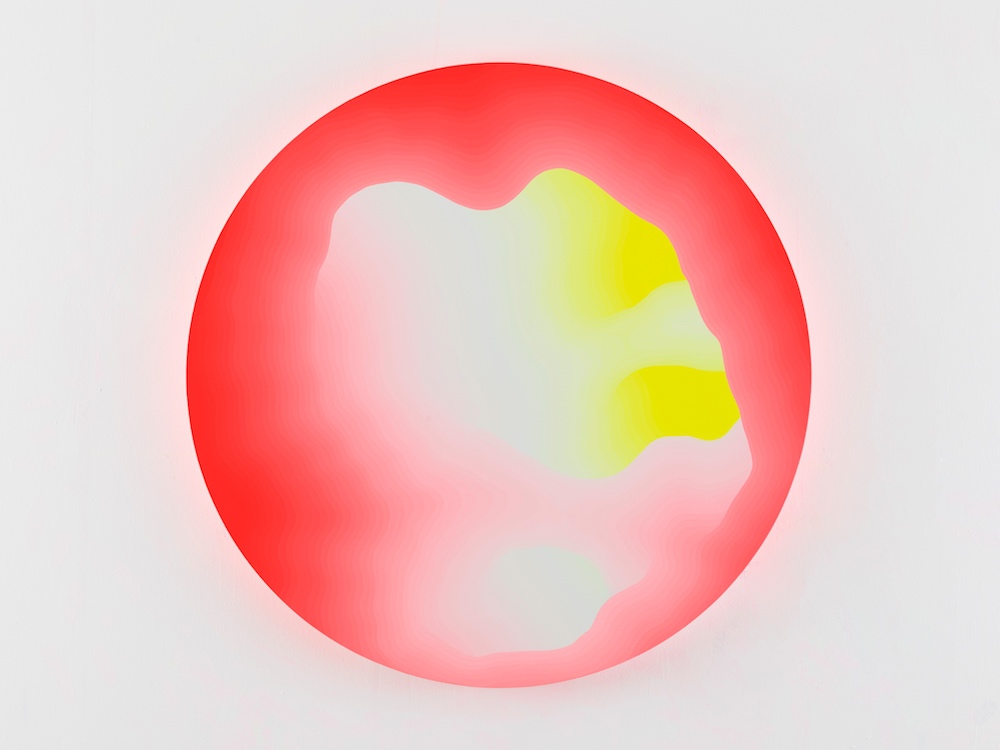 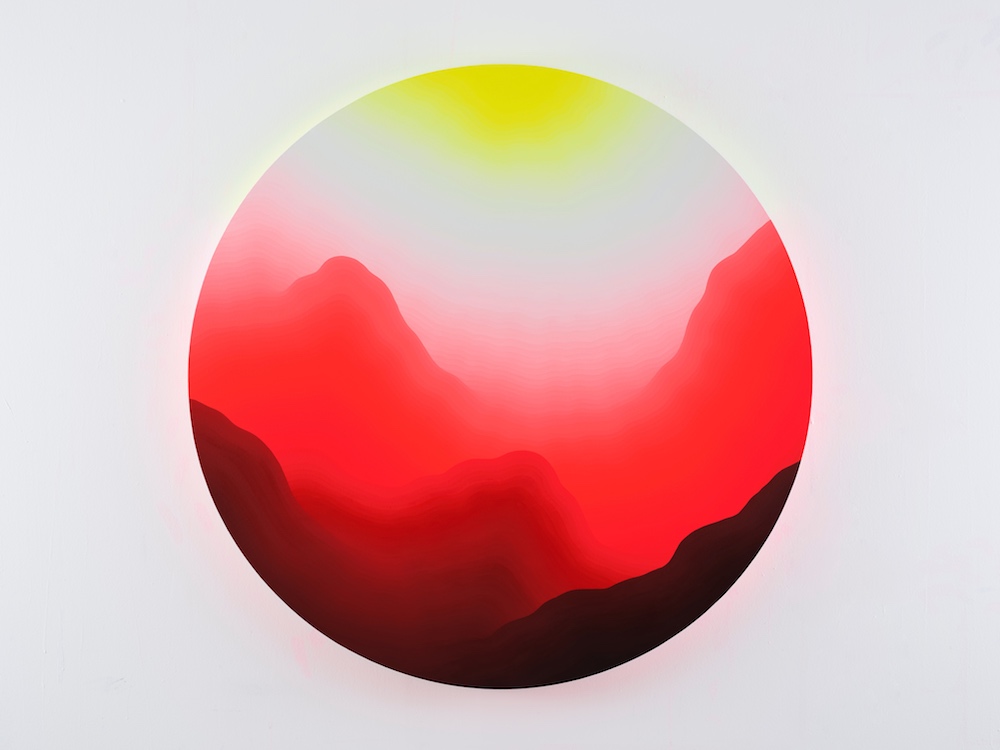 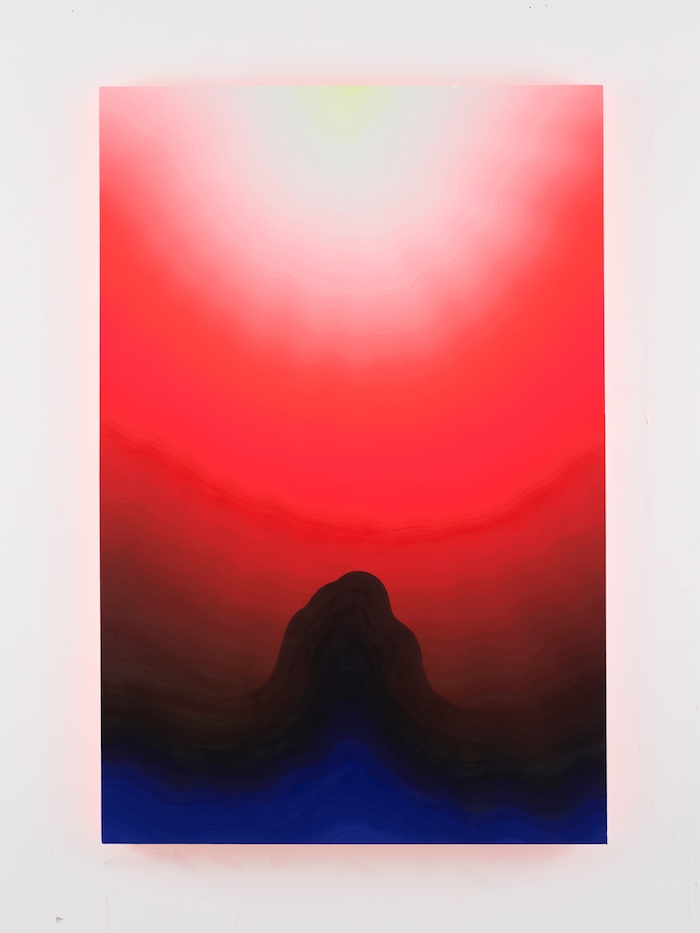 Sam Friedman has been exploring this interesting space between nature and a futuristic abstraction in his paintings in recent years. The flatness of the works, mixed with an alternate reality effect, creates a breathtaking environment when all the works are shown together. And that is the case in Hong Kong, as Sam Friedman just opened a solo show, Flesh of the Gods, at Over the Influence, on view through October 27, 2018.

Exploring the liminal space between abstraction and representation, Sam Friedman will present a new body of work for his first solo presentation in Asia. After graduating from commercial art studies at The Pratt Institute, Friedman worked with clients such as Nike and The New York Times and spent his free time painting. He eventually began working as an artist assistant, and spent four years in the studio of the artist KAWS, an experience which formed the clean, flat, aesthetic of his technique.

Friedman garners inspiration from recognizable natural scenery — caves, light tunnels, beaches – and repaints natural phenomena with a spiritual bent. He has produced paintings for the greater portion of his life, that concern themselves primarily with the formal concerns of paint, tools and surfaces, as they relate to the scale of the human body, while occasionally touching down to get blessed, tainted, or both, by the non-linear narrative of life. Friedman’s paintings pilot a plane that takes us from the ethereal planes to the earthly plains, on a ride that is neither past or present, but rather timeless, accessible, and transformatively escapist.