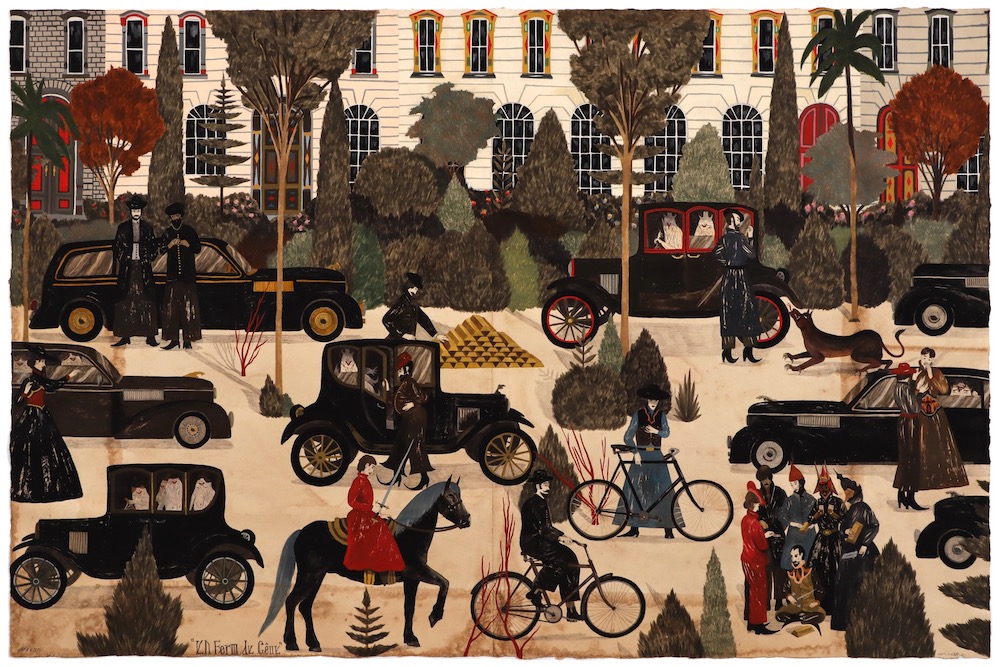 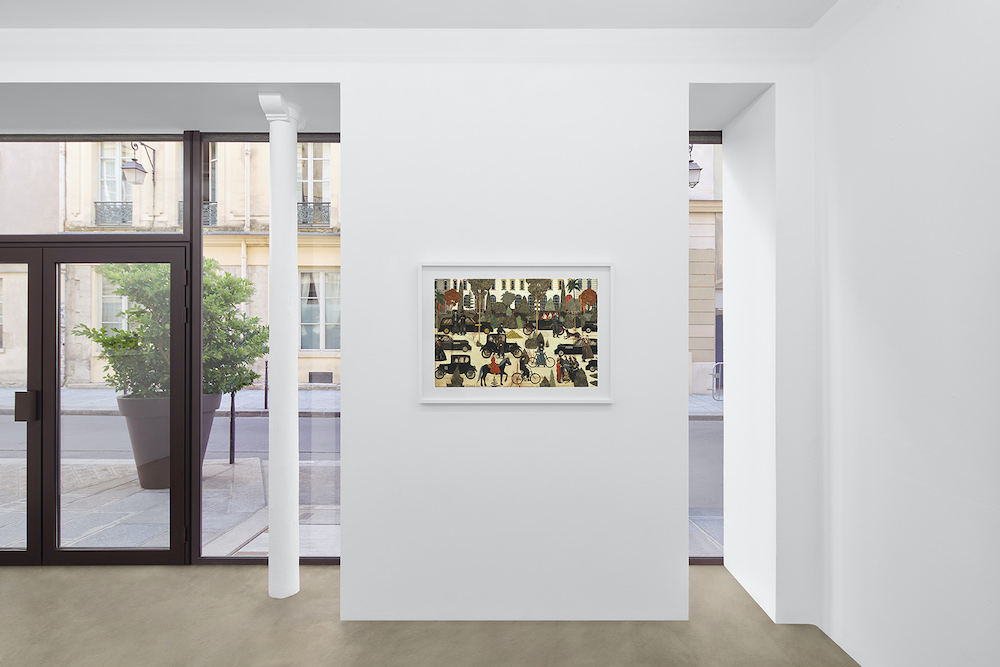 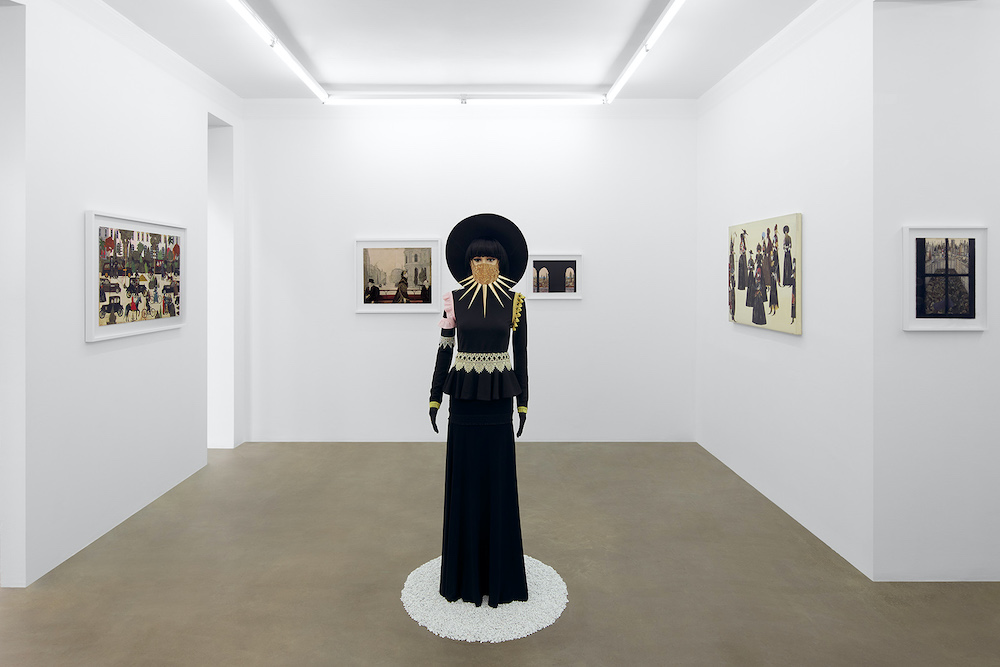 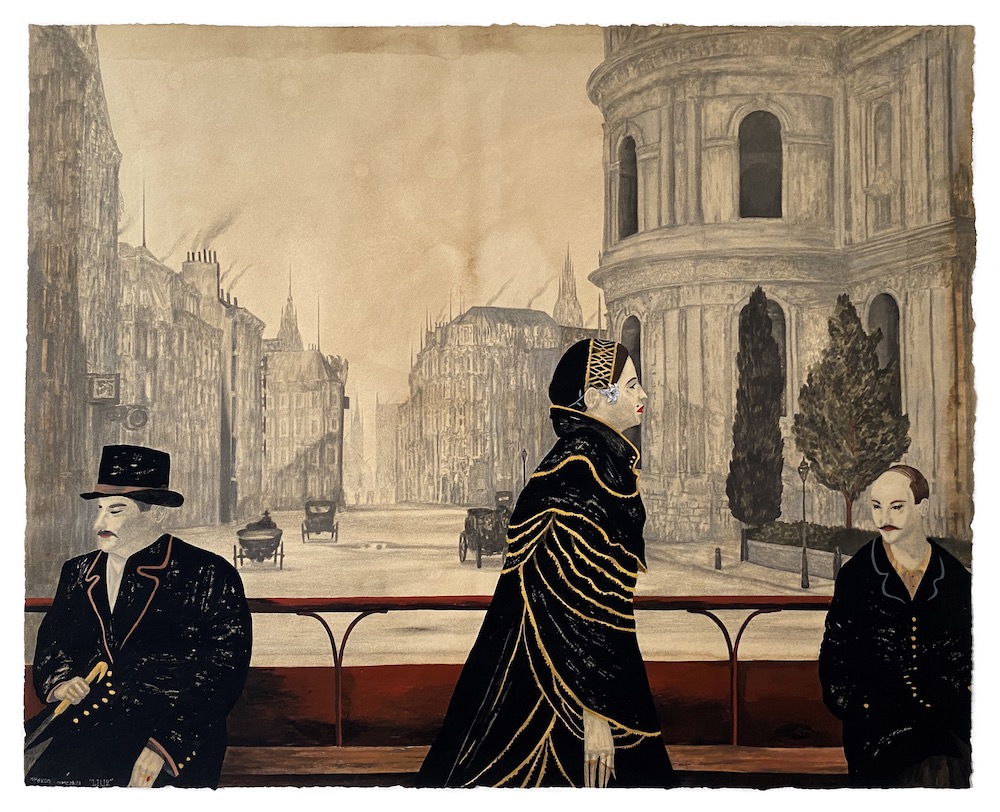 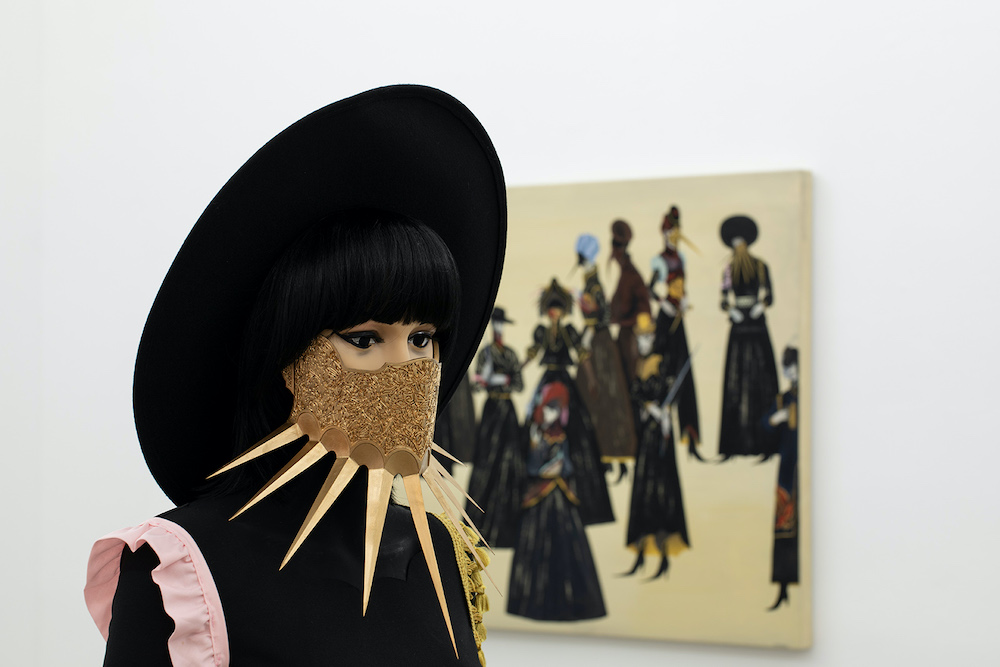 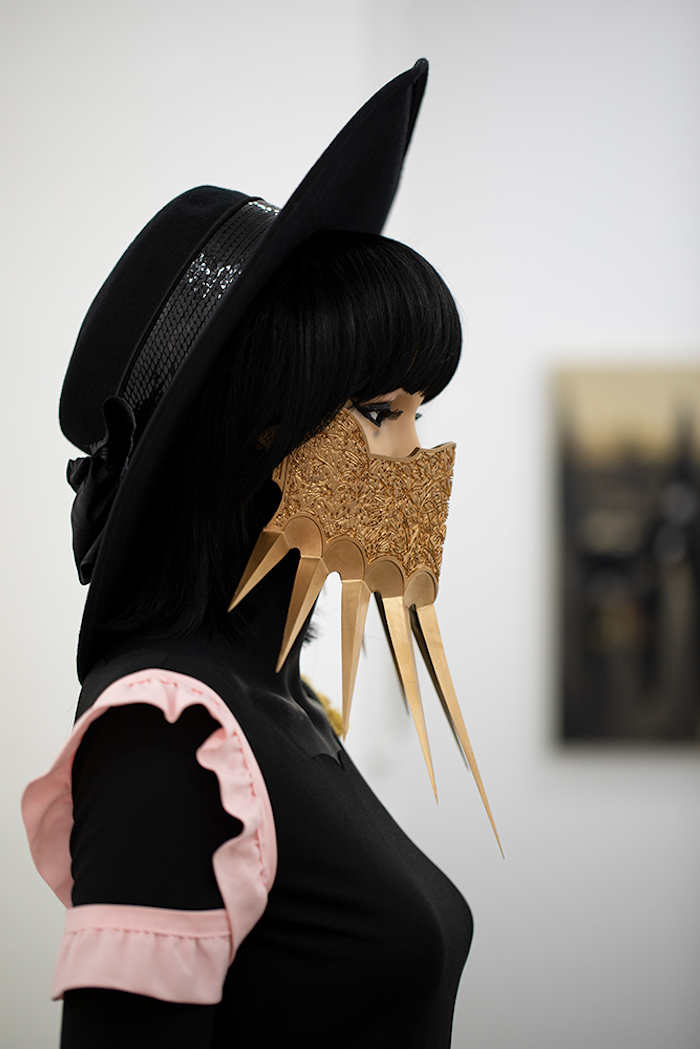 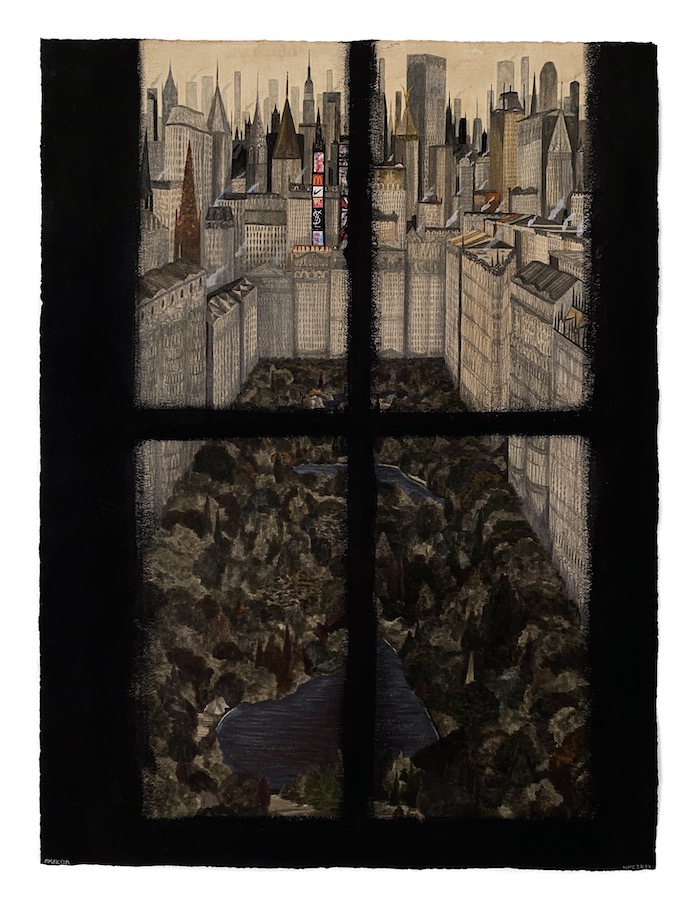 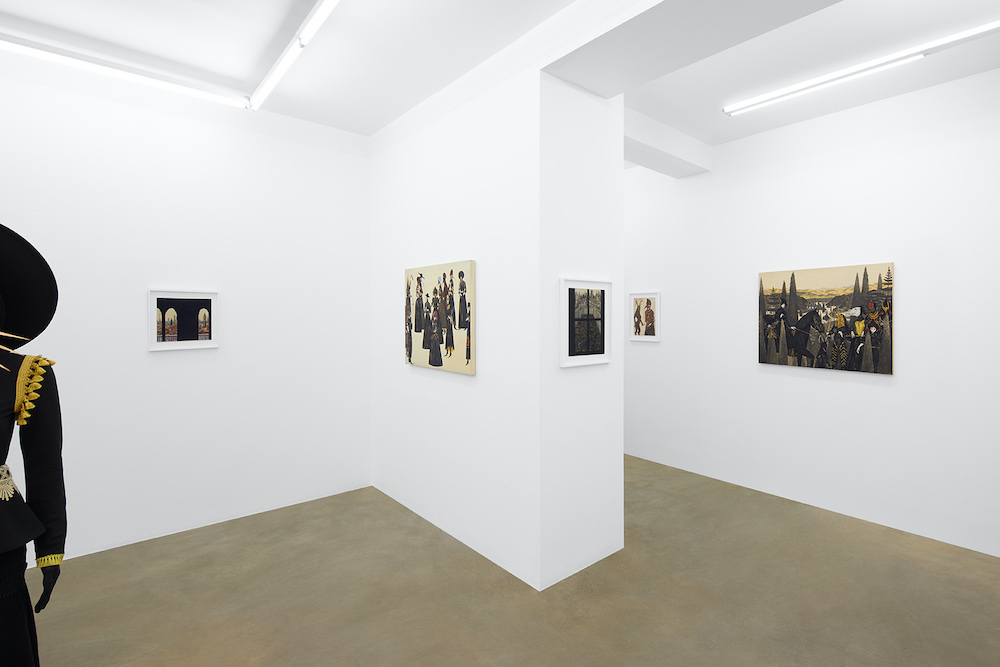 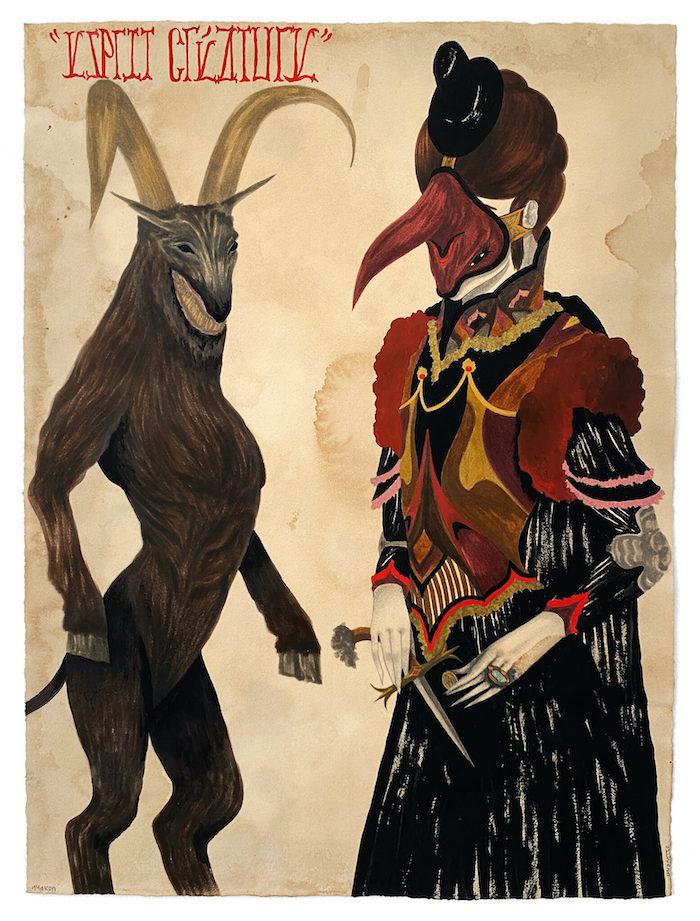 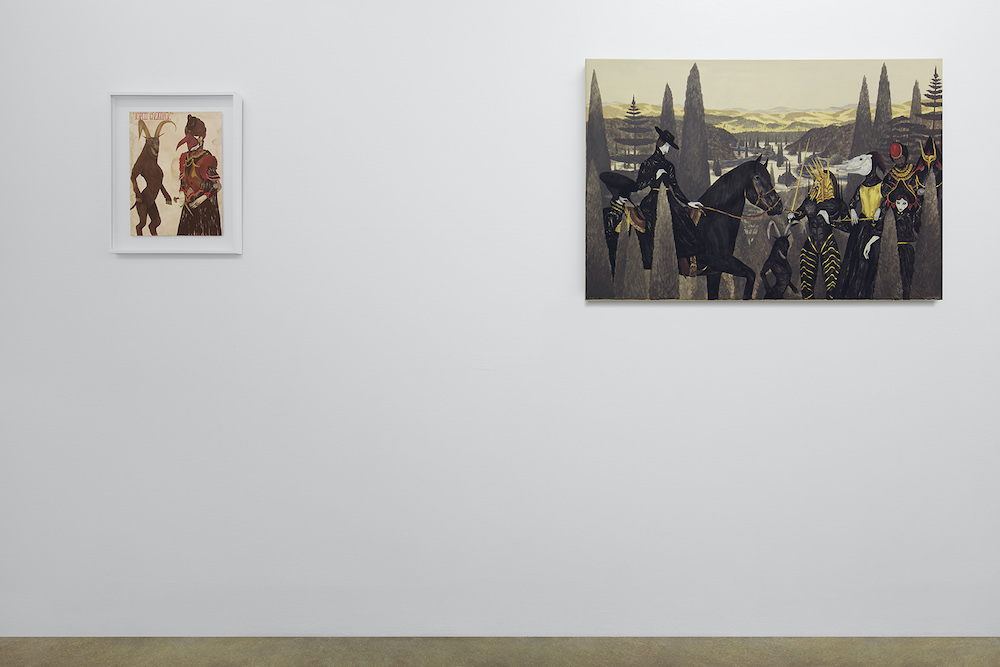 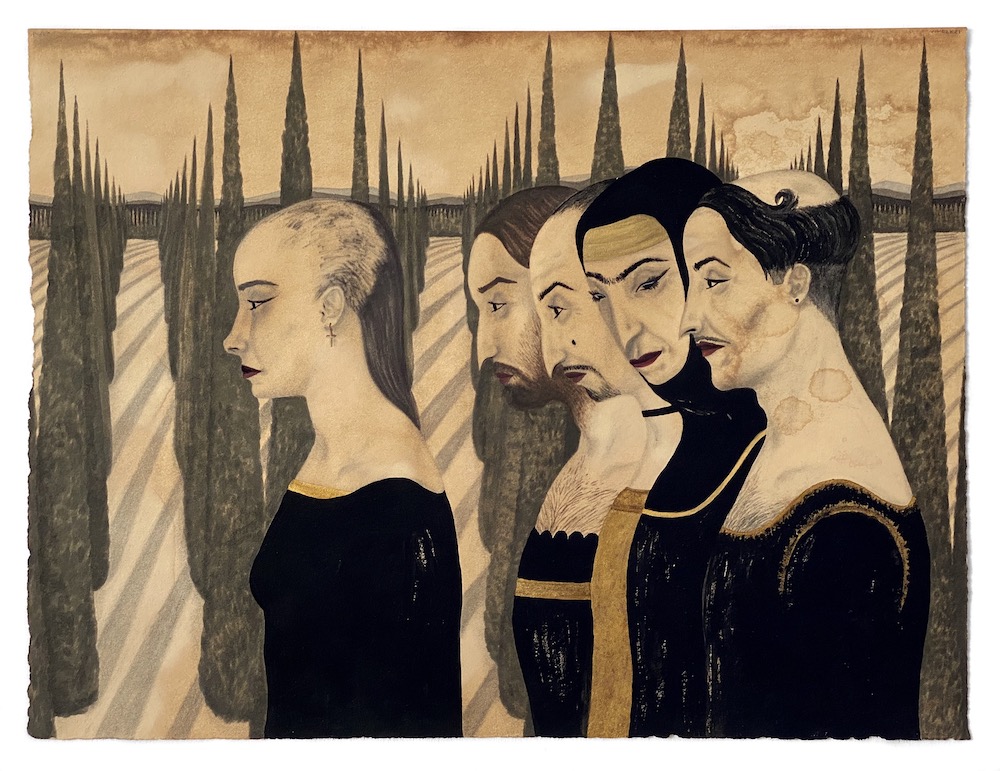 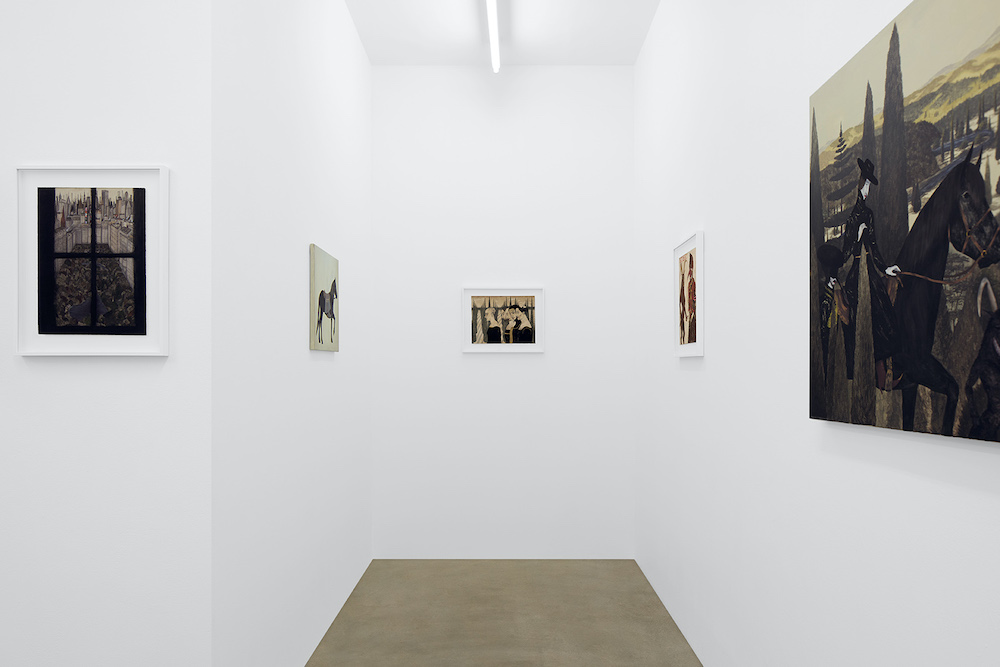 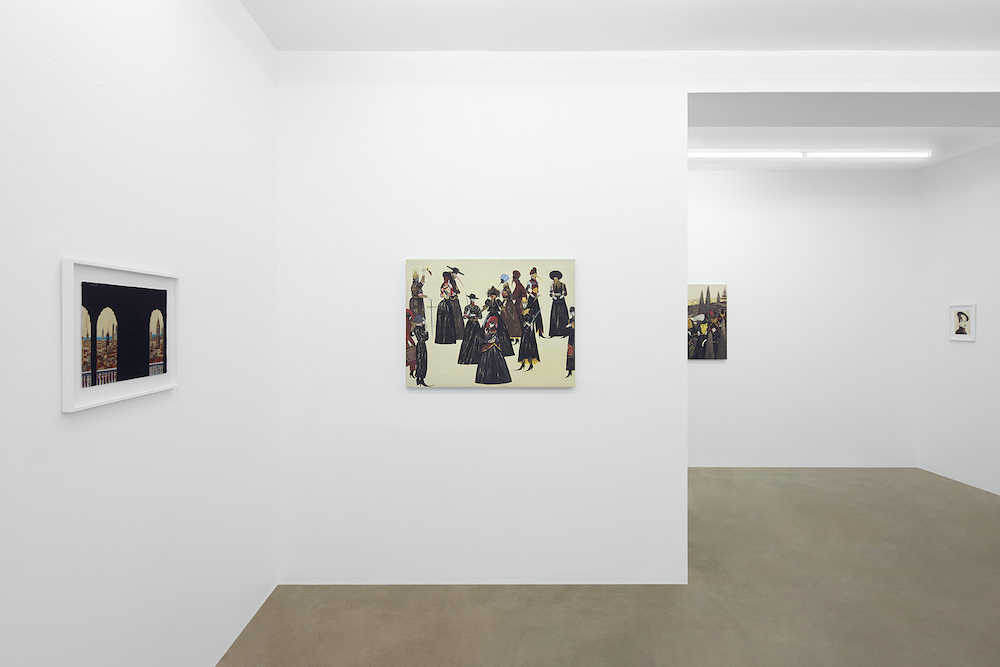 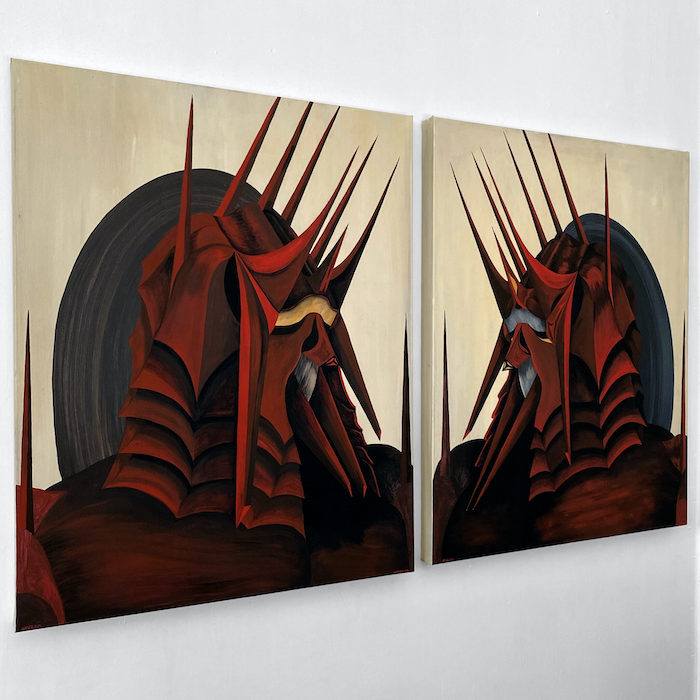 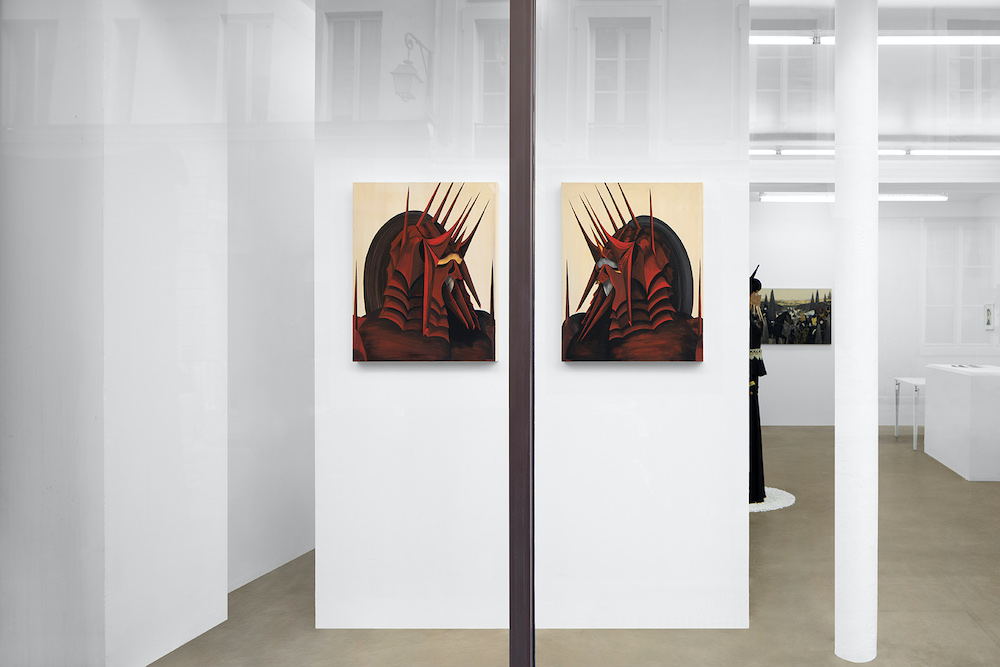 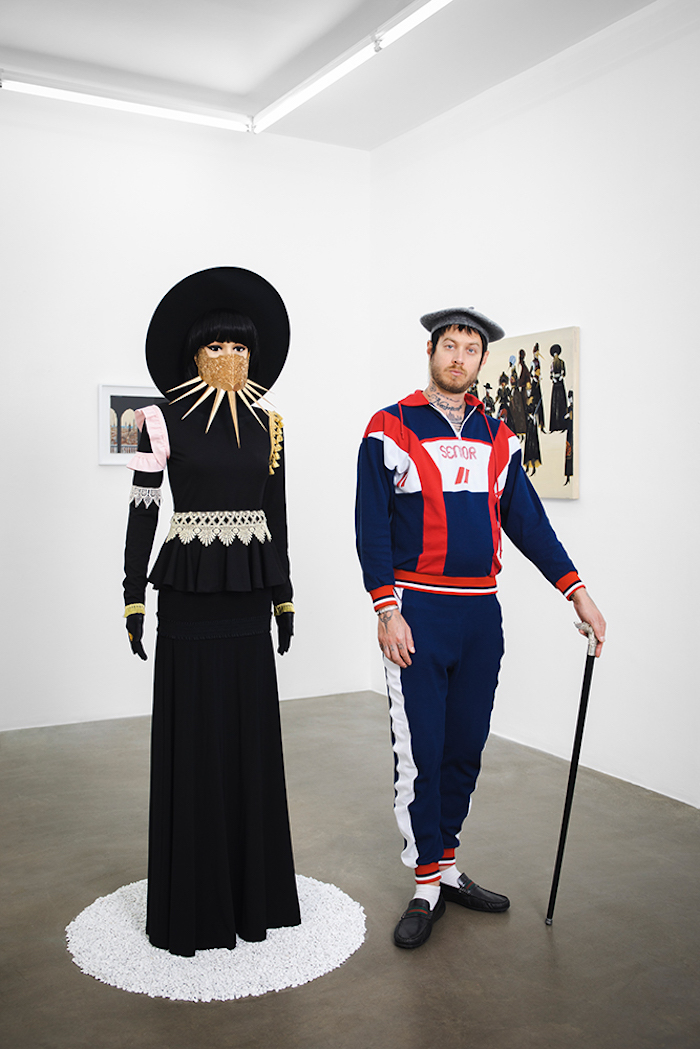 It's been a while since we've mentioned his work, but a few weeks ago, Bim Bam gallery in Paris hosted a French solo debut by Ian Ferguson aka Hydeon. Following up his residency at Palazzo Monti, En Forme de Cône presented a new body of narrative-rich mixed media works on canvas and paper works which carry a sense of manufactured history and invented tradition.

Throughout his practice Ian Ferguson aka Hydeon constructs a world that crosses many boundaries through the actions of ambiguous characters and cultural diversity built from different influences and sources. Borrowing elements or concepts from ancient civilizations and cultures, baroque, gothic, or victorian era architectural movements, medieval, folk, and outsider art, ancient myths, fairy tales, he then unfies all these through his consistently sharp illustrative style. Such hard to pinpoint ambience counstructs a truly mysterious vibe in the work, seamlessly attributing new qualities to familiar looking elements or characters. This is how cylinder-wearing male characters from the end of 19th century might be wearing makeup and could be casually interacting with animal or mythical characters. They both might inhabit the same urban spaces that aesthetically merge history and present as well as different locations throughout the world. This all creates an intense story-telling type of imagery that regularly depicts a couple of intertwined events that are either about to take place or they just happened. And in such a complex setting, the possible narrative starts unfolding as the viewer starts reading through it.

Inspired by the expression of observations and visual memoirs from his life experience, the entire body of work revolves around imaginary stories that get elaborated as they're painted. The interactions between characters, inclusion of a range of evocative elements, from fashion items to tools, gadgets, or machines, as well as compositional or tonal decisions, are all adding new qualities and perspectives to these detailed renditions. This concept culminates in the sculptural piece which was dominating the gallery space, bringing to life his characters from the paintings on the walls. By purposely working with simple, straight forward perspectives, Hydeon is putting emphasis on telling his story and sharing ideas, rather than focusing on making the image feel real or believable. Due to such almost linear narration, these images can be seen as sort of non-textual documentations of made-up times, spaces, and events. —Sasha Bogojev