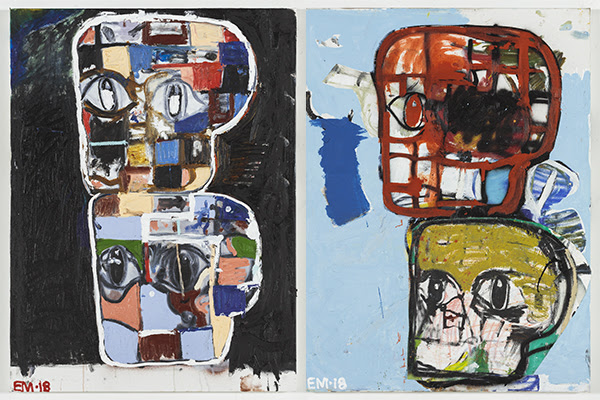 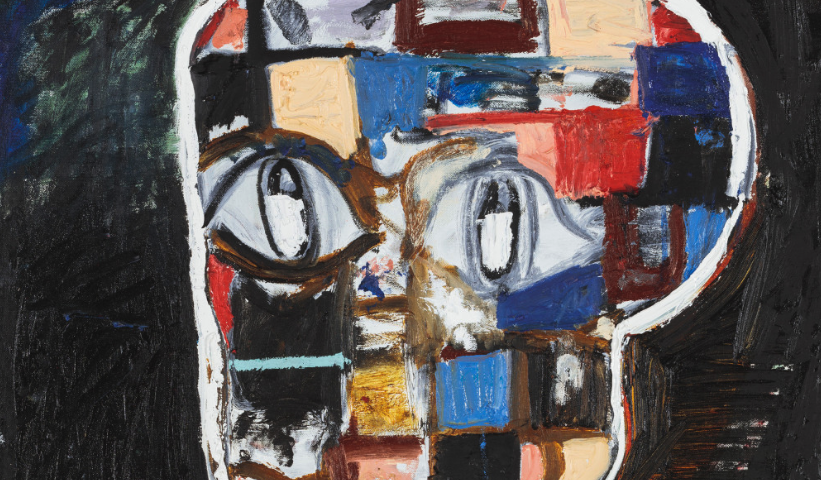 One of the end of the year highlights (along with the last show we posted, Koak in LA), will be Eddie Martinez's new works, Blockhead Stacks, opening at Perrotin Tokyo on December 20th. The show sees Martinez returning to a bit more of a figurative expression, with his signature and slightly abstract skulls taking centerstage.

"I started drawing this blockhead form in 2005," Martinez says of the work. "In retrospect I can see they were a direct response to my obsession with Guston, particularly his masonry work. I have a distinct memory of visualizing a face merging into a Picasso skull disappearing into a Humpty Dumpty brick wall."

Titled Blockhead Stacks, the Tokyo exhibition showcases a series of paintings and drawings exploring the skull motif, a recurring image in Martinez’s practice. In his signature candid gestural style, he gives the paintings a playful sense of visual depth, purposely revealing traces of colour and brushstrokes layered under the surface. Notable also in the show is the collection of small drawings made as studies for the paintings.