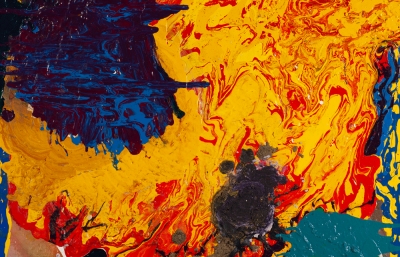 When in 1932, America’s richest family commissioned a painter to create a mural for their self-named Rockefeller Plaza, they placed their vision in the hands of Diego Rivera who believed an artist should serve in the role of craftsman who serves the community. A portrait of Lenin and an unflattering depiction of the Rockefeller’s excessive wealth appeared in the piece, so they asked the muralist to remove those offending images—but Rivera refused, deciding, “rather than mutilate the conception, I shall prefer the physical destruction of the conception in its entirety, but preserving, at least its integrity.” Art is truth, right?

Now, in 2022, the San Francisco Museum of Modern Art presents a blockbuster that spans the artist’s most productive, plenteous years, starting with his first mural commission, Creation, which incorporates the classic training and revolutionary fervor that imbues his work. Look for his famous paintings, like Flower Seller, The Corn Grinder and the Tortilla Maker, celebrating workers, family and community. His last US mural, Pan American Unity is a climactic conclusion to the show. At 22 by 74-feet wide, its full title, The Marriage of the Artistic expression of the North and South on the Continent, encompasses Rivera’s fervent hope and appreciation for the hemispheric bonds. “I mean by America, the territory included between the two barriers of the two poles. A fig for your barriers of wire and frontier guards.” Currently, the ice is melting, the barriers are still barbed, but the colors and shapes of Diego Rivera still harvest hope and unity. —Gwynned Vitello

On July 17, 2022, SFMOMA will be hosting a Free Community Day in conjunction with Diego Rivera's America. Book your ticket here.