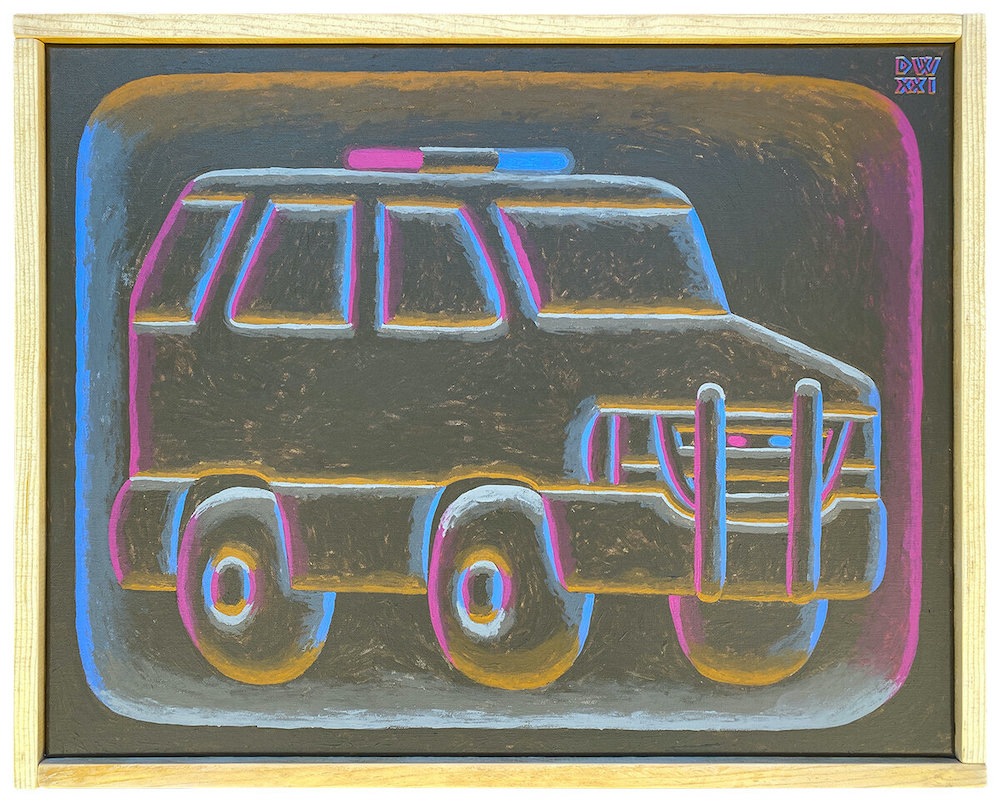 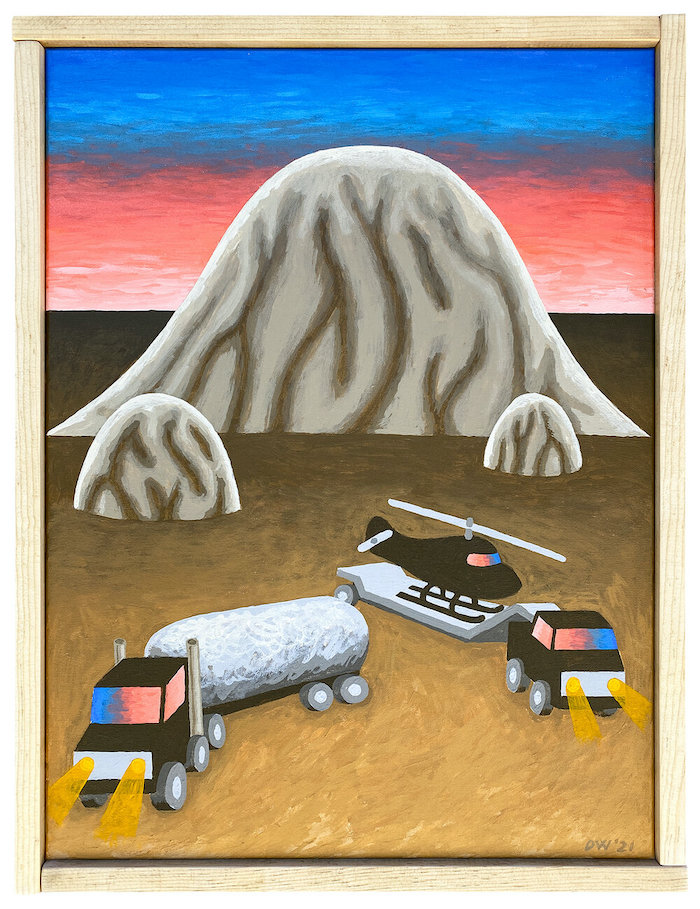 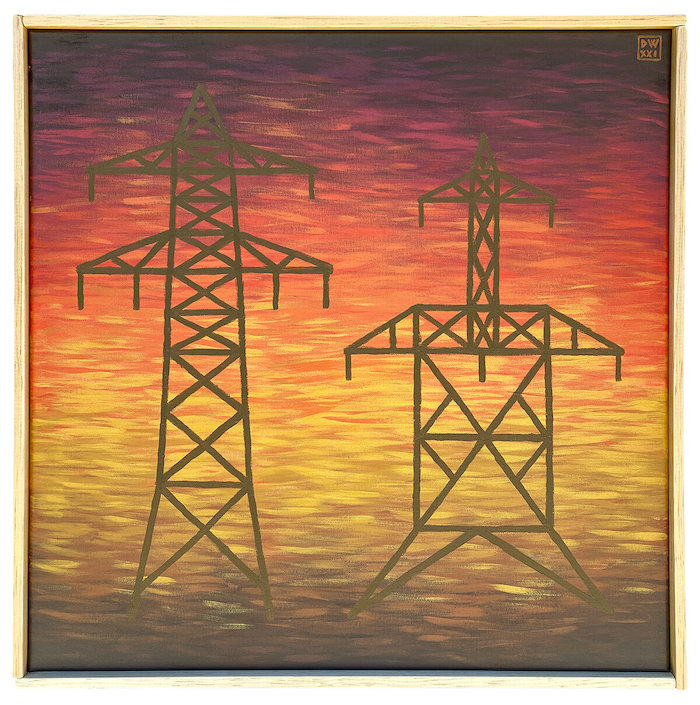 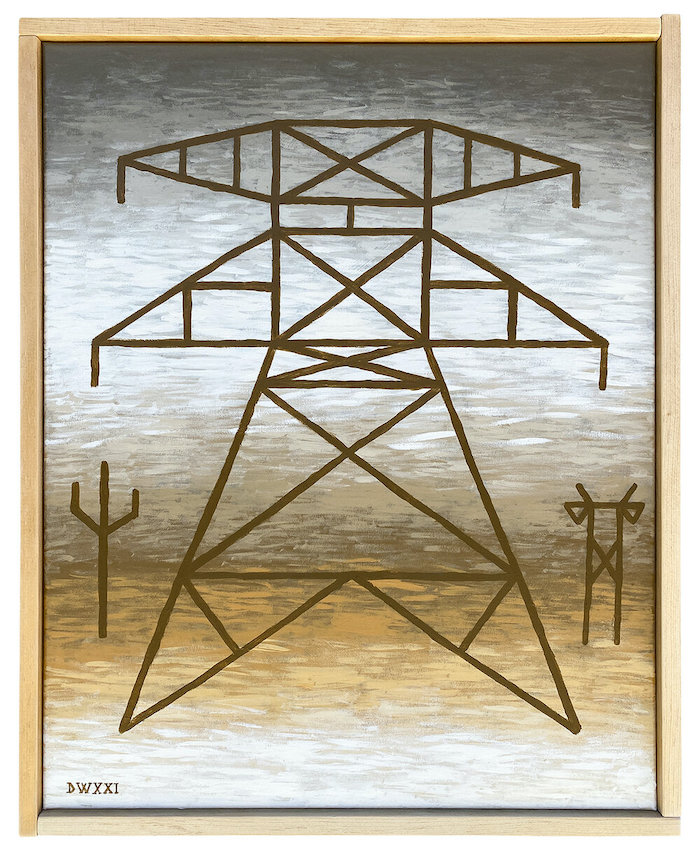 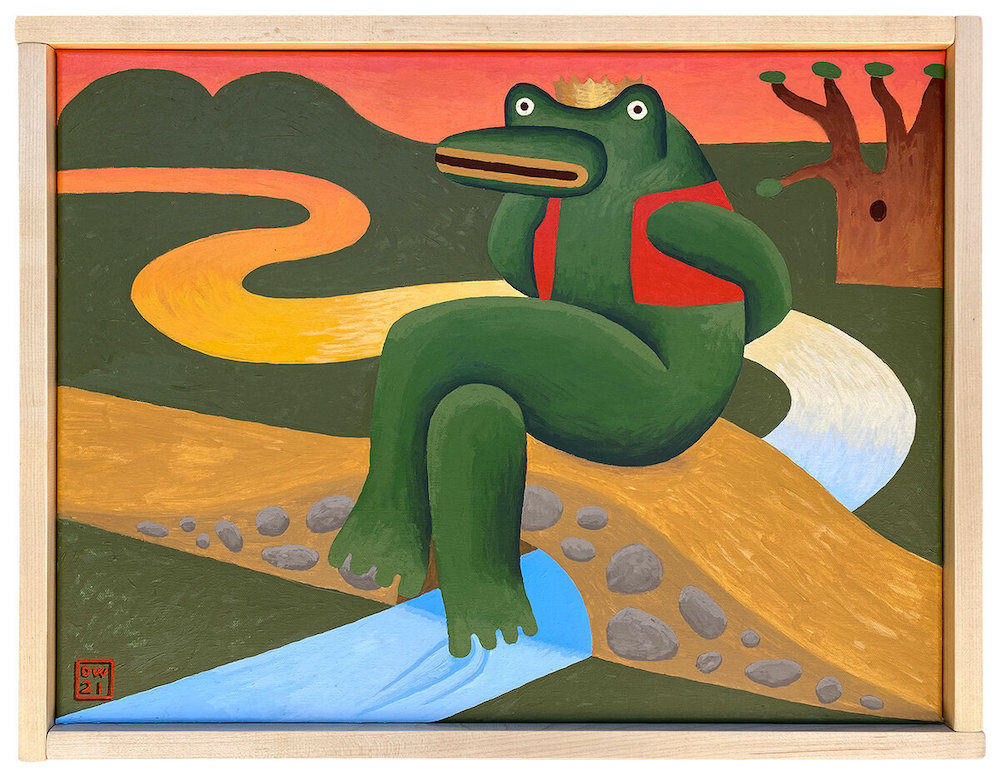 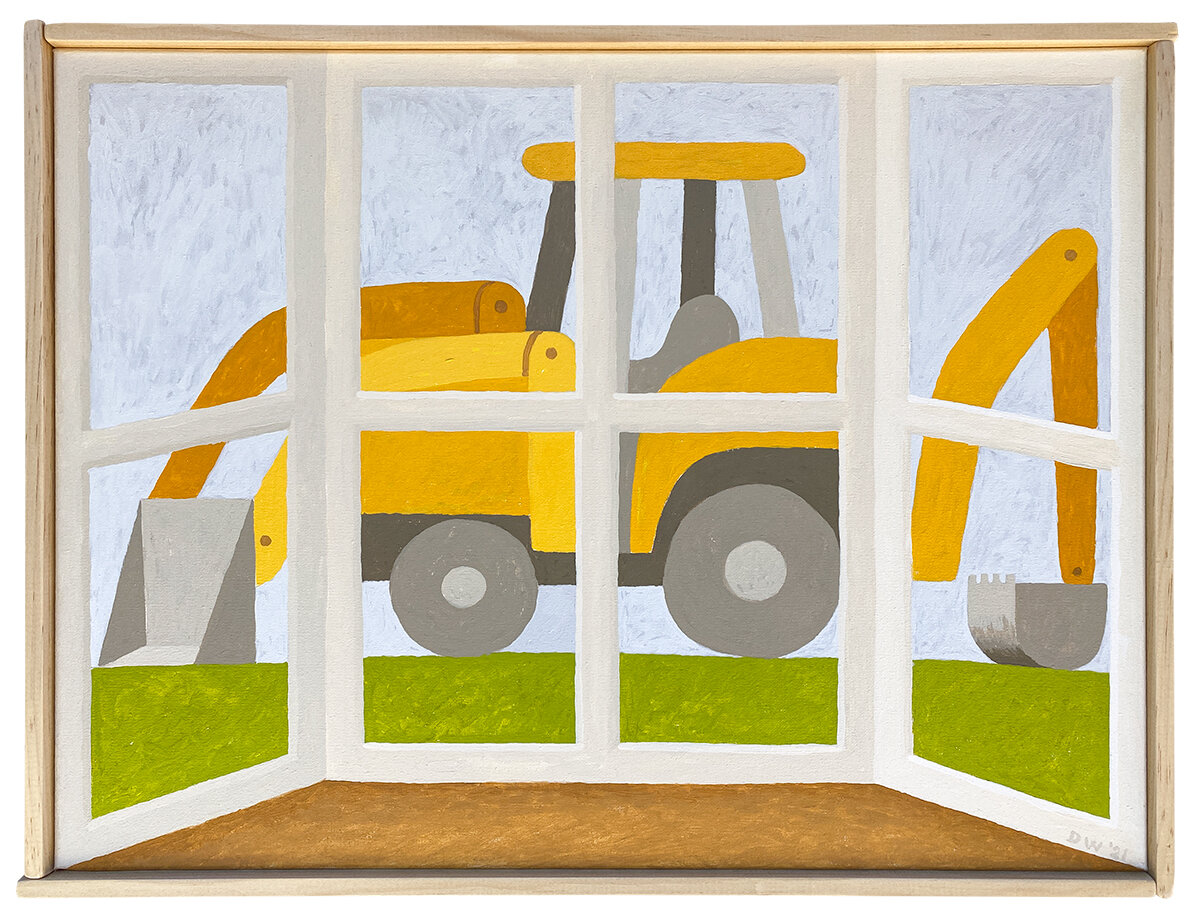 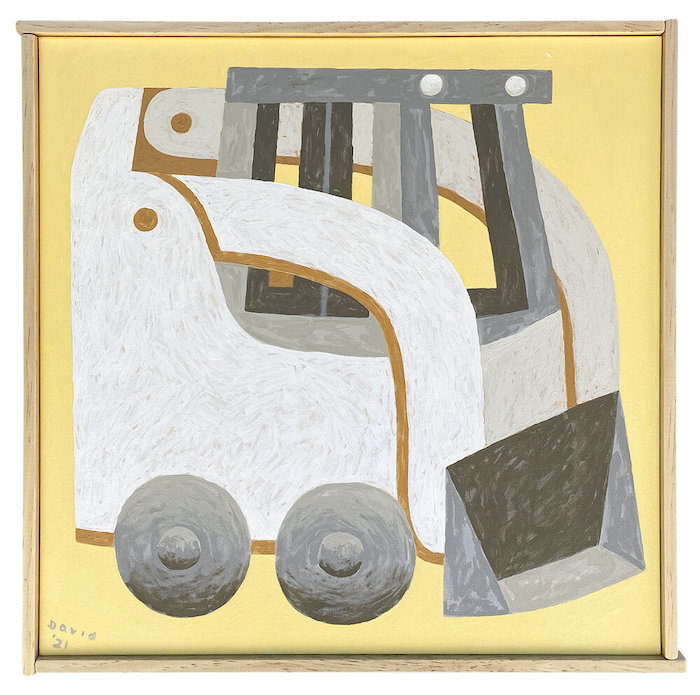 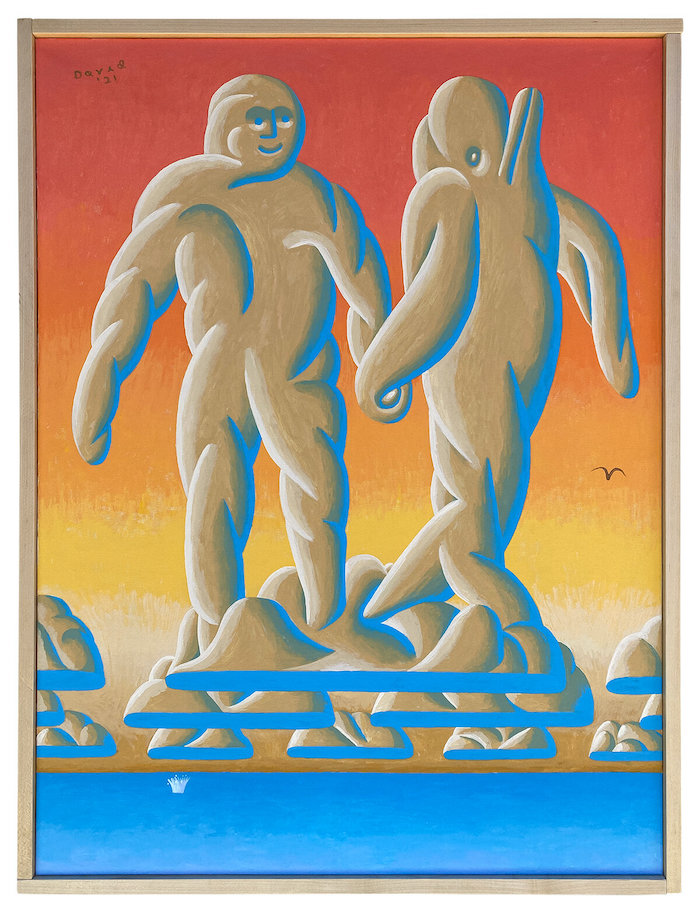 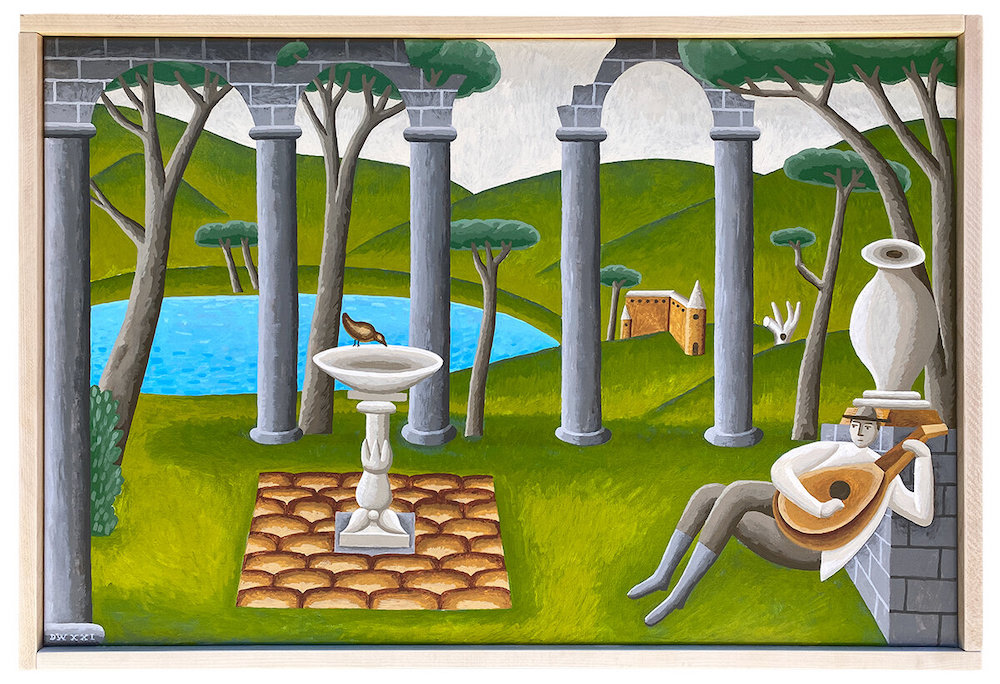 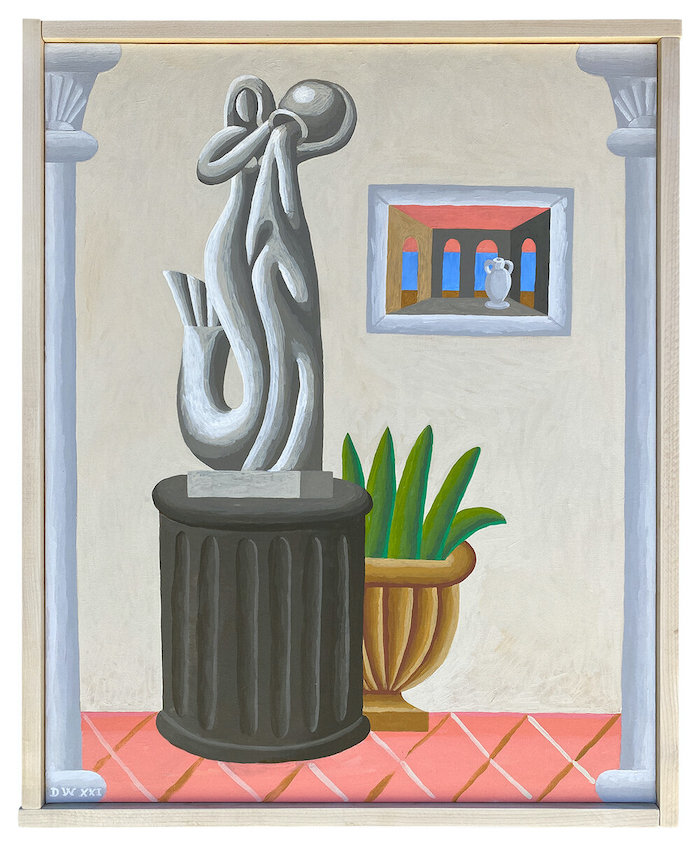 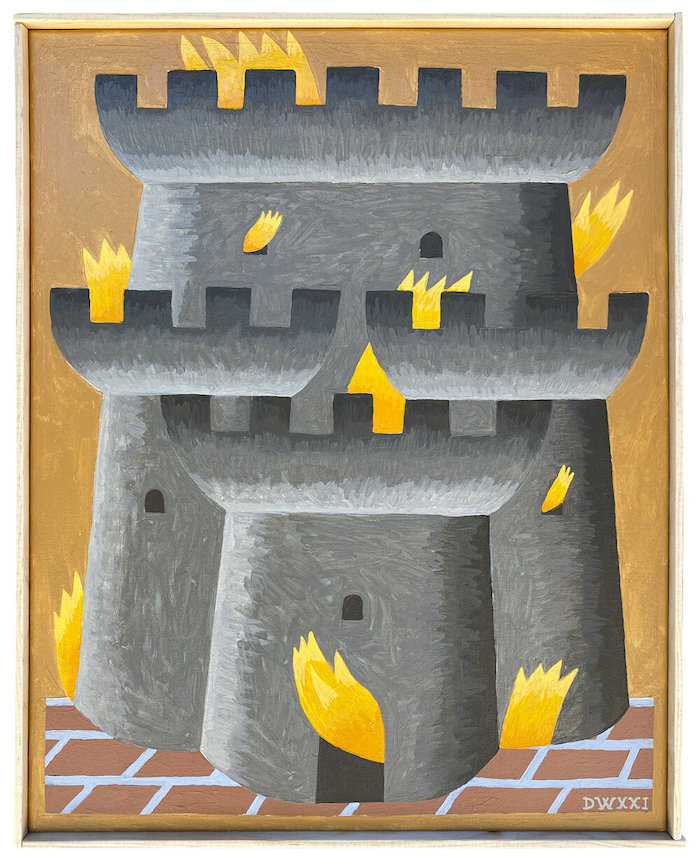 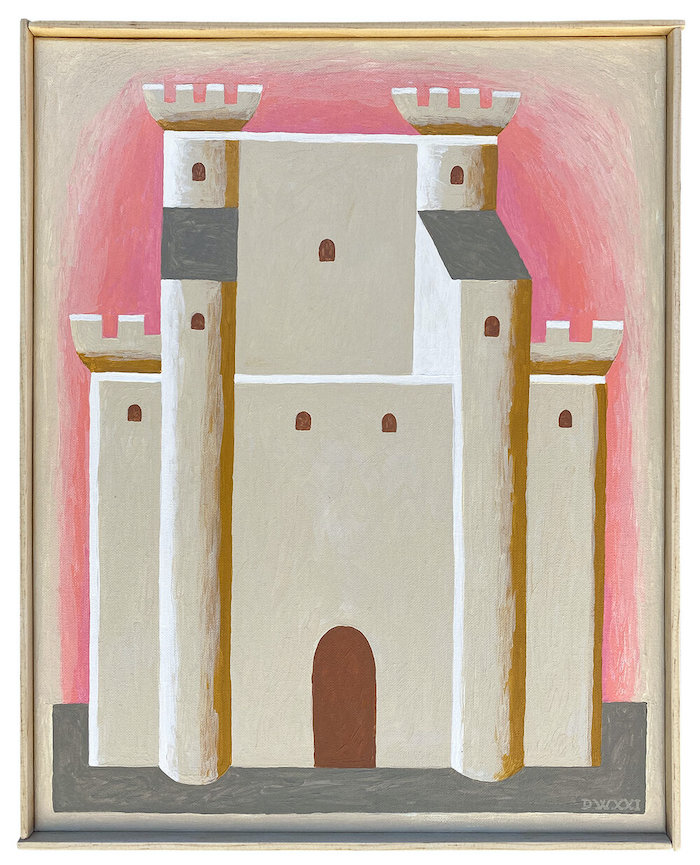 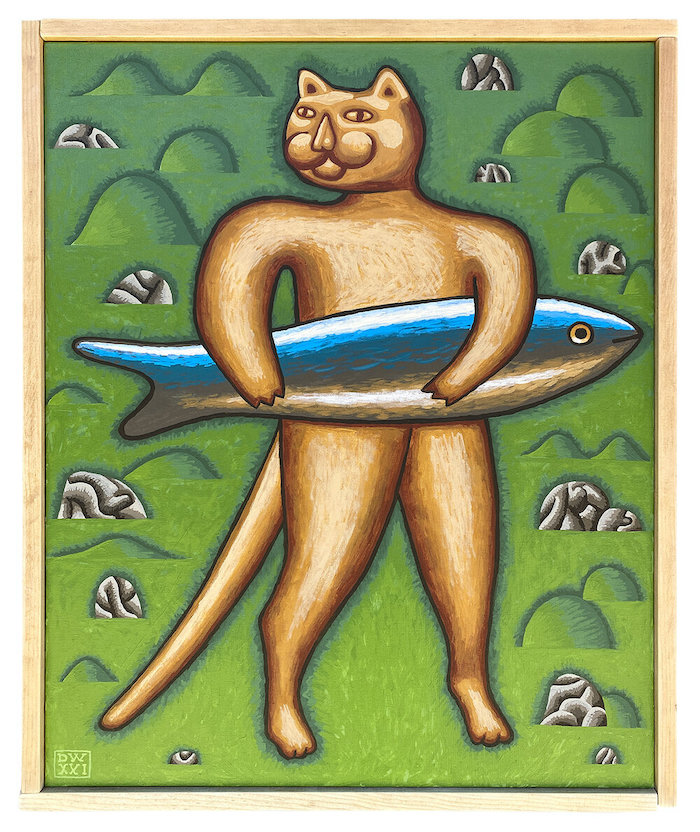 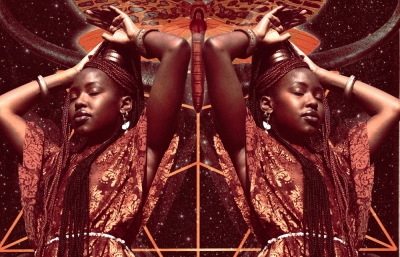 Ampersand is pleased to present American Artist, an exhibition of new paintings by David Wien. In conversation about this new body of work (read here), Ampersand asked David to elaborate on the show title.

“I feel like the title American Artist fits on many levels,“ he said, “For starters, I’m American and always have been. I think it must inform my approach to making art. Being American to me feels like having the choice to embrace or reject various traditions, or create your own. Also, for more than a year now, I’ve been living a nomadic life—seeking shelter where I can find it, and sometimes failing at that. At the beginning of this series of 19 paintings, I was drawing in sketchbooks in California. In search of shelter and safety, I found myself in Colorado for the month of December, 2020. There, for the first time since leaving Portland the previous May, I could stop living in my van and start to enjoy ‘the great indoors.’ It gave me a space to really focus on drawing, but then New Year’s found me driving from Colorado to a shelter in Florida that I could use for two months. In Florida, I continued drawing, which ultimately led to the making of 15 paintings in about a month and a half. There, in Florida, 15 canvases complete, I loaded everything and drove back to Northern California—for work and also a cabin I was in negotiations to rent. Both prospects, which I crossed the country for a second time in pursuit of, fell through. So I was back in Humboldt County, where I’ve lived off an on for the past several years, houseless again and feeling out of luck on the West Coast. I unloaded my storage unit of all my belongings and crossed the country in my vehicle for the third time in a period of four months.

"I’m now in southern Vermont at ‘home’ where I was born and raised, relying on family while I figure out what’s next. Shortly after I arrived in Vermont, I made four more paintings. So the title, American Artist, not only touches on the fact that 15 of these 19 paintings crossed the United States by highway with me three times, but also the unique and frankly traumatic 'endless adventure' I have been on—how it has shaped my perspective and my artwork. Since leaving Portland in May 2020, I migrated south to the southern tip of California, then over the Rockies and to the Atlantic Coast of Florida. Back to California to have dreams crushed only to come whimpering back to Ma and Paw here in Vermont. I saw a lot of the country from my vehicle in a year when we were all being told to stay home, but all the while I have been looking for a home where I can actually stay. There’s something fundamentally American about that, I think, this restless quest to find a place that feels like home. One more thing about the title, American Artist … I like how it encapsulates a feeling I have about my approach to making art right now. In a way, I think I’ve rewired my brain to a new approach. Keeping things simple. But also, philosophically, I want to be basic in every meaning of the word. I think that’s how I was able to get myself painting and actually enjoying it again, this processes of reminding myself that I’m not special, I’m not trying to make an object to be considered special. I’m not attempting to show off or impress anyone. All that is vanity and ego. I’m not a Buddhist or new-ager, but on a very utilitarian level vanity and ego are the mortal enemies of creativity. With this new set of rules—no showing off, no trying to impress anyone, no setting of an expectation on myself that, in order to paint, I have to make a ‘good’ painting—I found myself free and unrestricted in a perfectly fertile environment to work. A new mindset—and isn’t that what we’re told we can do in America?”