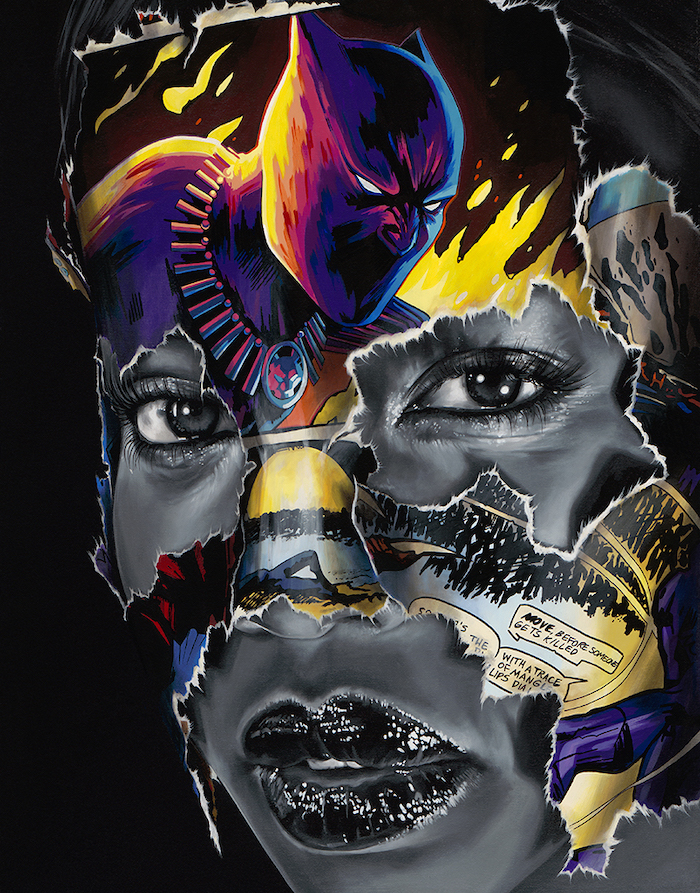 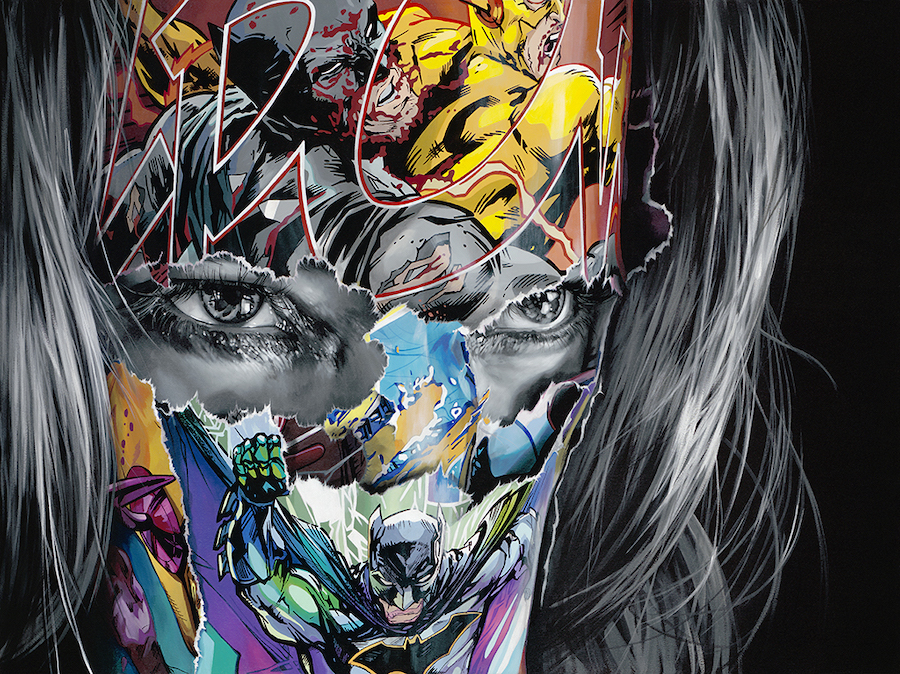 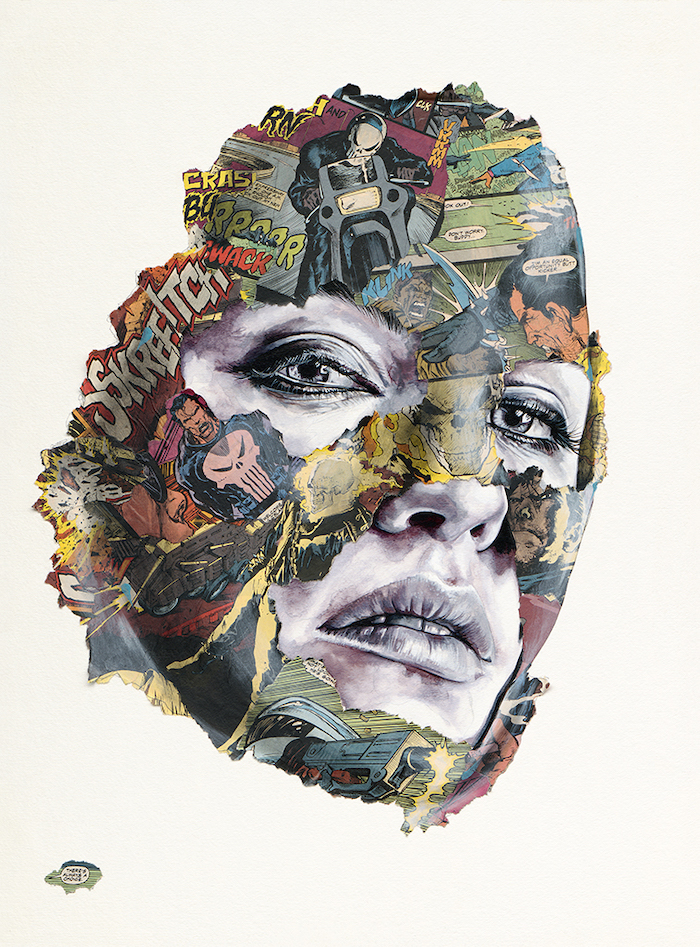 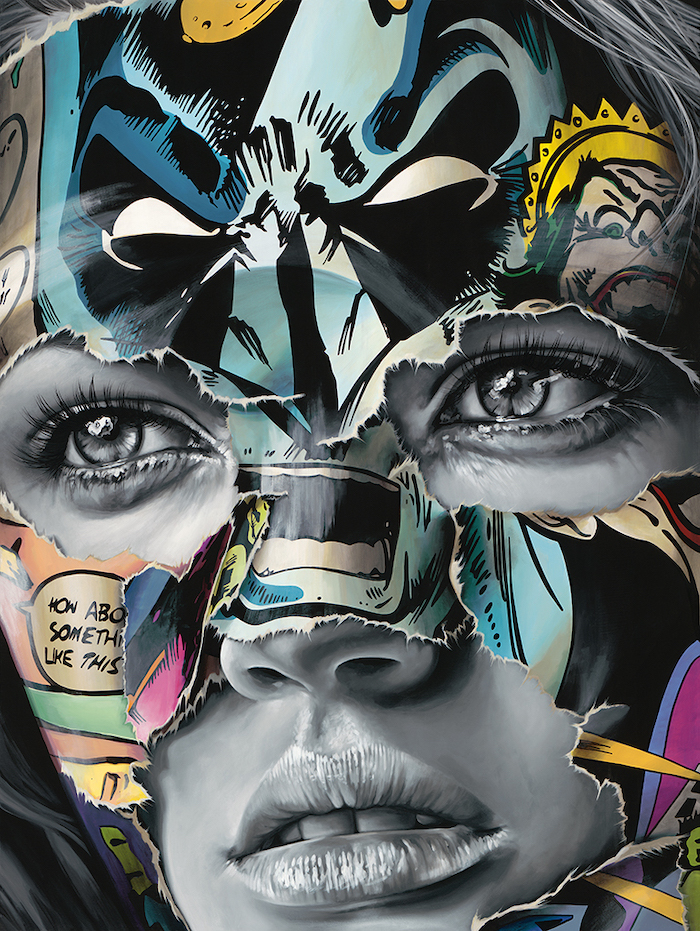 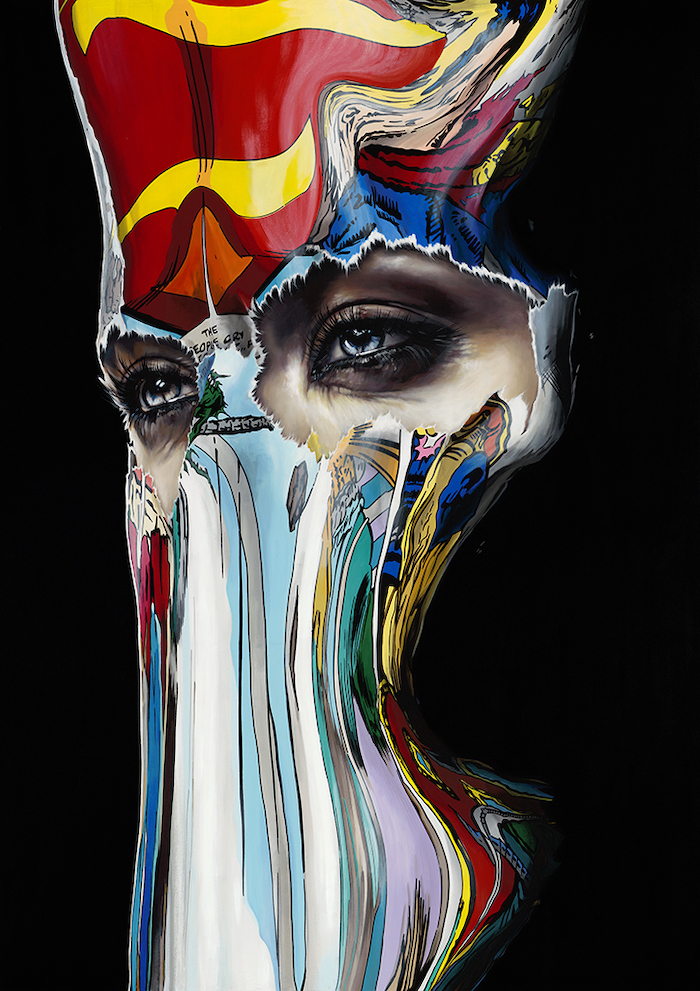 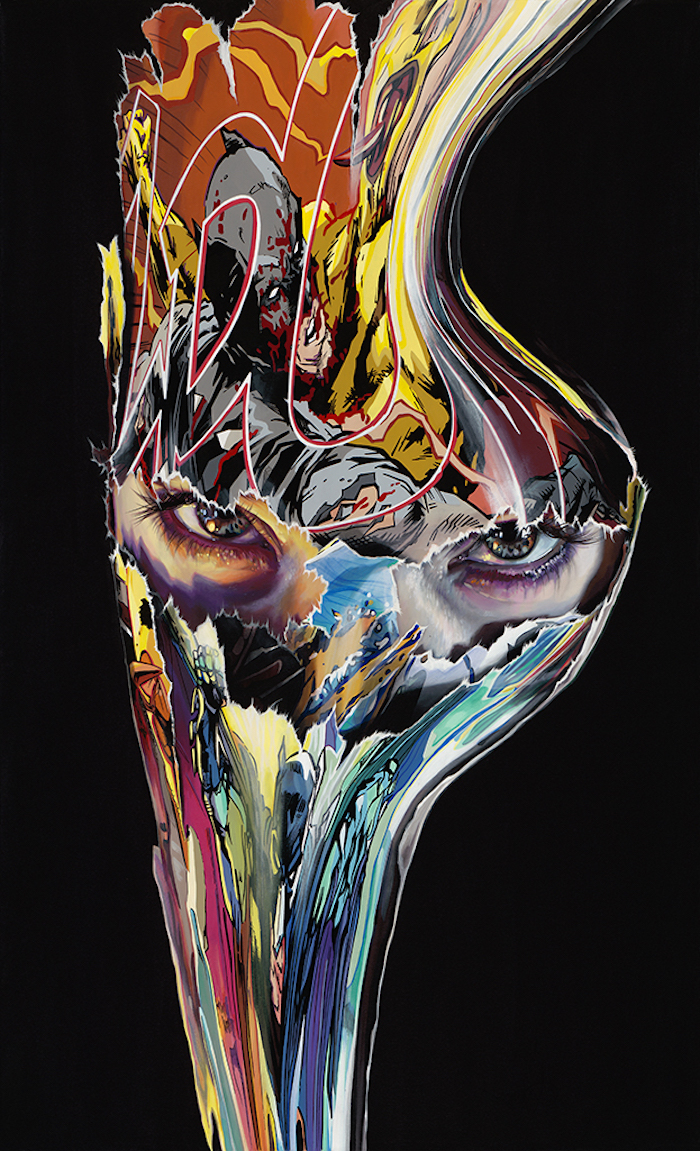 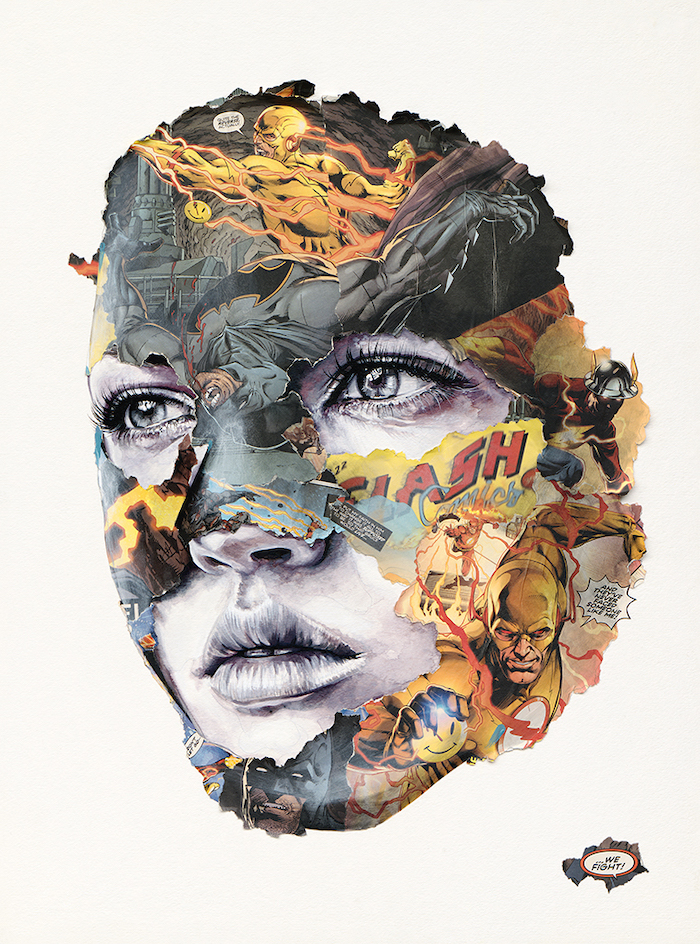 Hashimoto Contemporary is pleased to present Cages And The Void Of Colors, a solo exhibition by Montreal-based artist, Sandra Chevrier. Cages And The Void Of Colors will be Chevrier’s inaugural solo exhibition at the gallery, exhibiting a collection of 16 captivating new portraits from the artists well known The Cages series, in which the artist merges elements of hyperrealism with well known comic book characters, creating stylized figures which speak to our own internal struggles and self imposed limitations. By juxtaposing imagery of conflict, triumph and defeat within her work, the artist illustrates the humanity within the superhero, a visual reminder that we all carry something powerful within ourselves.

Setting the scene for the exhibition, Chevrier stated the following about our collective new normal and her inspirations behind the new body of work, “Beneath the quiet calm of the end of the world; an army of humans are pacing through their apartments. As in the past, it is a life in black and white where one hides from the plague and the war. In some kind of Apocalypse, between one world and the next; we hold still, we stand strong. We are inexperienced warriors waiting on a shapeless future in a shapeless present. We can only hope for a new chapter, a better one and we are ready to fight for it... In a dream, we leave behind the corpses of Avarice, Injustice, Hatred and Prejudice, there would be no more black waters nor smoking guns and burning forests, but more empathy, solidarity, and Love. We’ve been drawing millions of rainbows and brandishing them to the skies like weapons in hope of an answer. We are the answer. We are the cure. We are the heroes."

The gallery will be open by appointment only. Make one here.