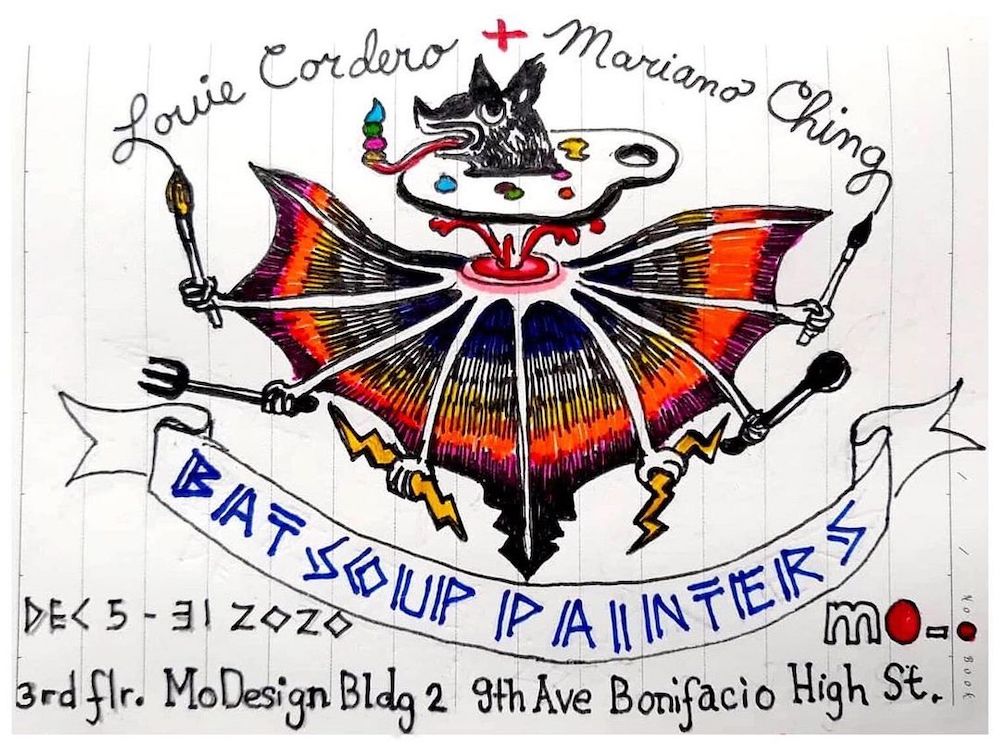 All photos by MM Yu 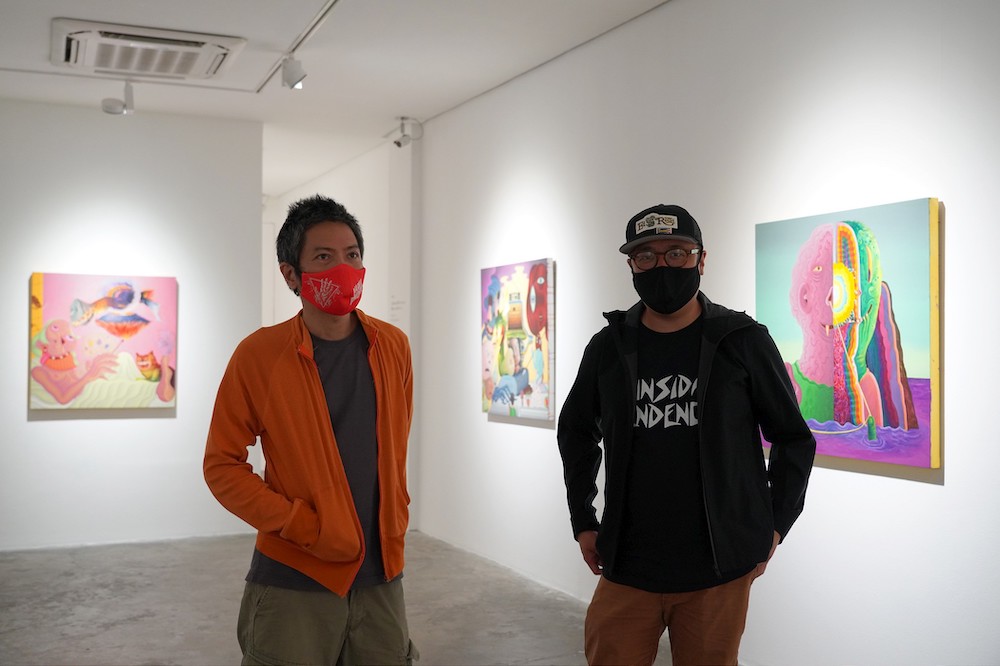 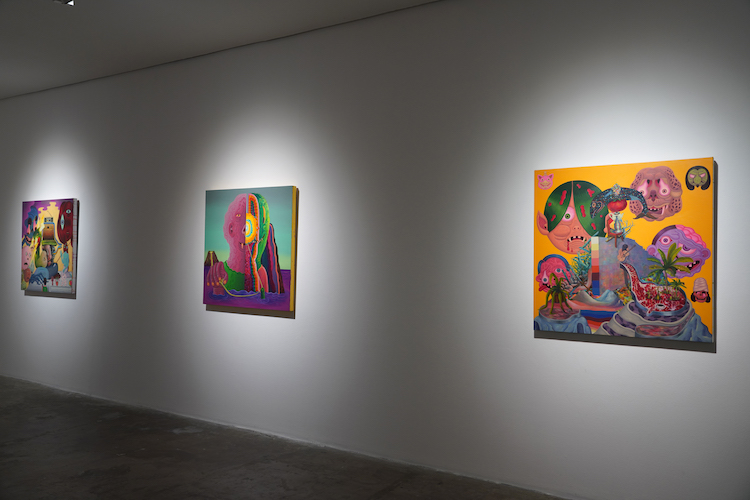 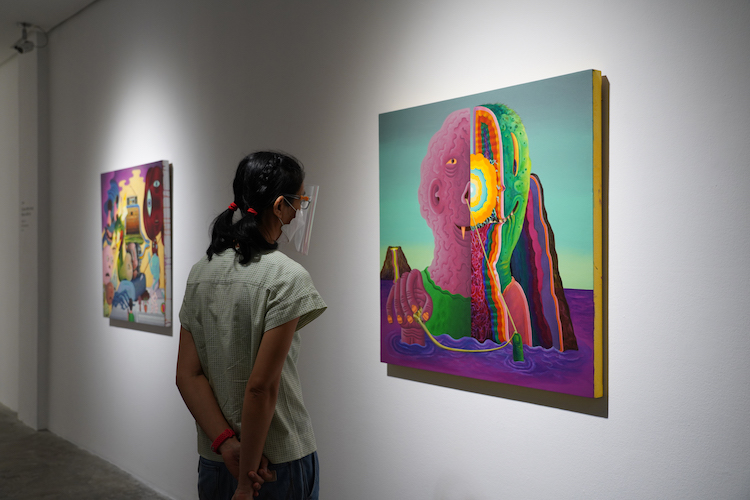 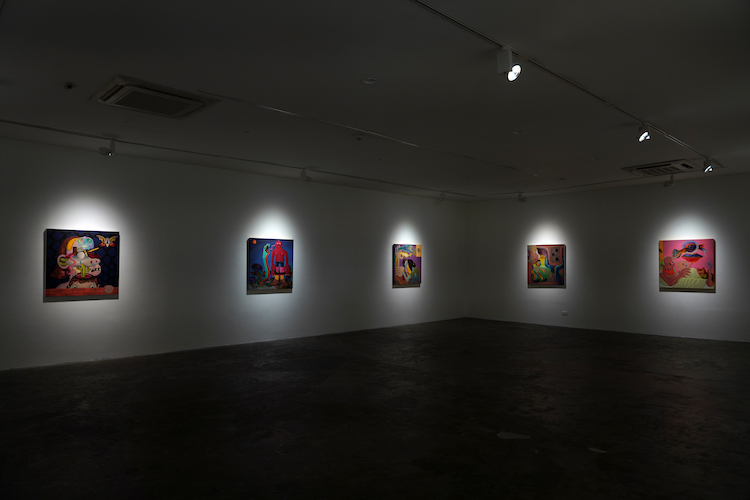 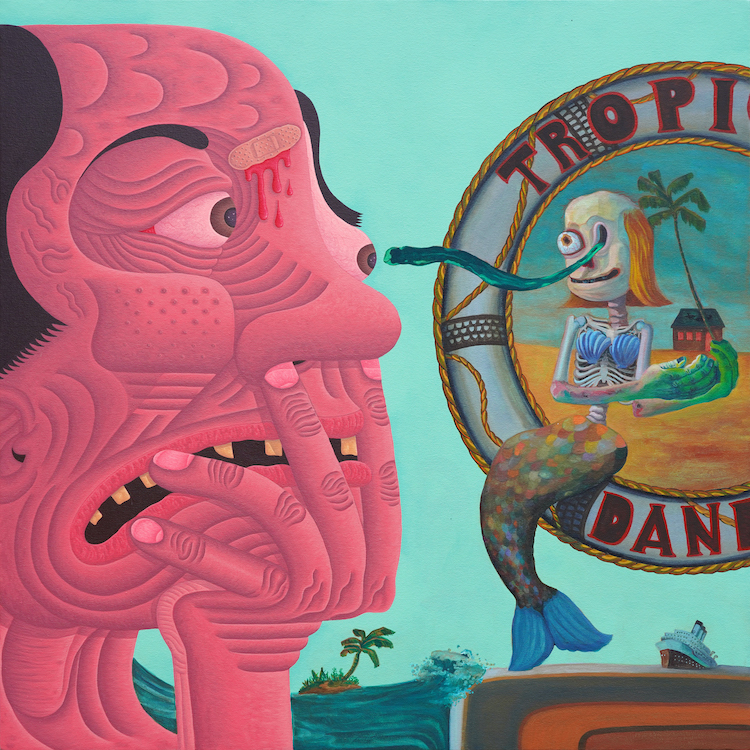 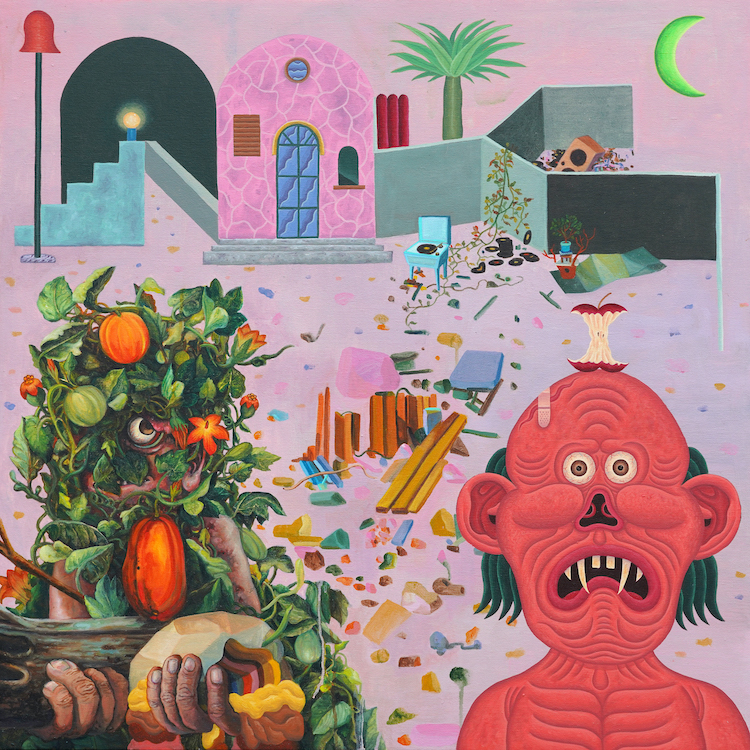 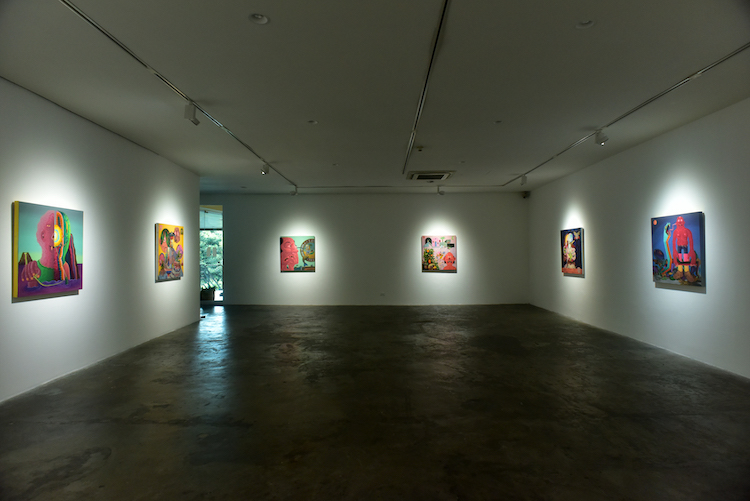 The levels to which the current global situation is affecting all aspects of our lives come to light when looking at the logistics required to make the collaborative exhibition of Mariano Ching and Louie Cordero possible. Bat Soup Painters is the second collaborative exhibition by the two Philippino artists, and the lengths they had to go in order to make it happen is almost as impressive as the series of canvases painted for this exhibition.

While checking with our friends around the globe during the first wave of the Covid-19 pandemic earlier this year, we got in touch with Louie Cordero in the Philippines. At the time, the artist was just getting back to his routine after a big move and setting up a new studio and creating an impromptu series of small works through which he raised funds for the purchase of personal protective equipment for the frontliners and rice for the less fortunate. 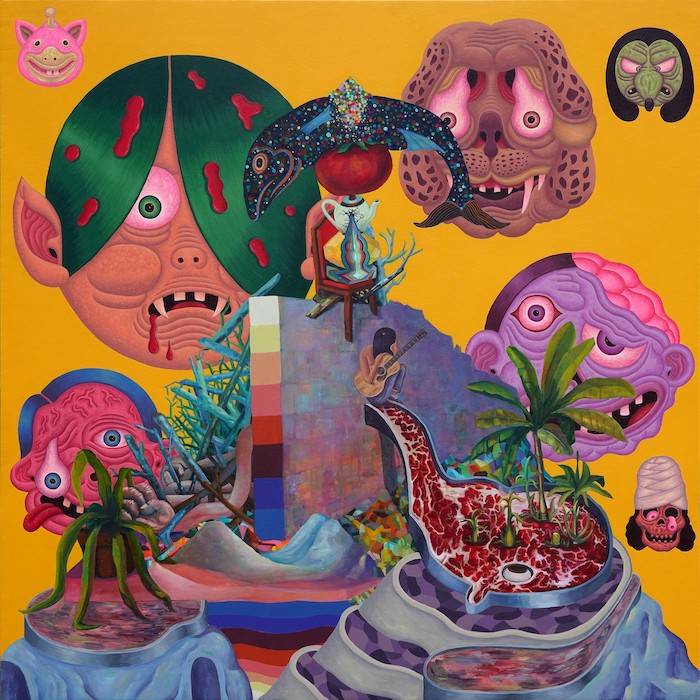 Half a year later, after all of his plans for shows and international projects were scraped off, we're happy to see the artist having a gallery exhibition on view at MO_Space in Metro Manila, presenting the new body of work he has been working on in the past couple of months together with his long time friend, Mariano Ching. Aside from the inevitable struggle to merge the two distinctive styles into a coherent image, the two artists had to paint this series of exclusively 36”x 36” acrylics on canvas by practicing social distancing rules. In order to carry out such creative exchange, the artist would meet during certain intervals in a designated lot in a town in Laguna to swap their paintings. This geographical middle-point turned out to be the embodiment of the point where their styles, brushstrokes, colors, and symbolisms met on the surface of a canvas, proving that "synergic responses are extremely beneficial to communities during times of uncertainty.

“We named the show Bat Soup Painters because subconsciously,” Cordero tells us, “we were painting what we went through in 2020. The year started with the eruption of Taal volcano, then the lockdowns happened because of COVID-19, all the deaths, on top of the brewing political unrest in the Philippines. It was more emotional, a feeling, that we connected the bat to the pandemic. We basically painted our situation this year.” 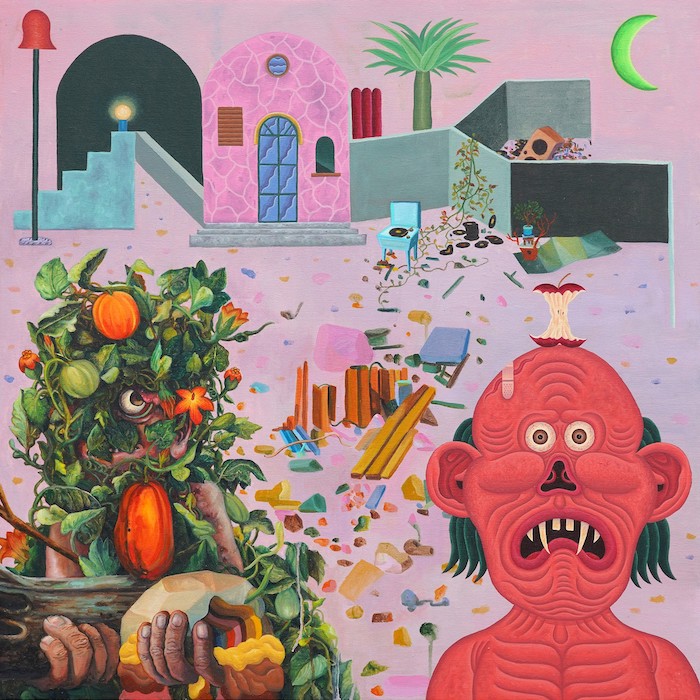 With both artists having their background in illustration and strong influence coming from the world of comics, kitsch, and underground/alternative music/lifestyles, the mix of their two styles creates a harmonious symbiosis. Like the majority of Philippino art, both artist's works are to some degree influenced by the lack of cultural identity which was informed by the complex geographic, demographic, and turbulent past of the country. Disrupted by the years of foreign impact by the Spanish, American, and Japanese, the local mythologies blended with the variety of outside influences and created a multicultural melting pot in which both artists are working nowadays.

For Cordero, this means mixing the naïve, the native, and the lowbrow together in vibrant imagery that portrays the mundane life as a grotesque, almost absurdist existence. Having a cast of monstrous, zombie-like characters as the leading roles, the artist is transforming the real-life events into surreal, fantasy experiences. The addition of Ching's semi-abstract concepts, pushed the works even further into the uncertain sphere between primitivism and formalism, placing them both in psychedelic dreamscapes and exotic landscapes. "Cordero’s deliquescent, and unshapely characters meet Ching’s farcical and varicolored scenes," as the press release summarized this collaboration. with the abstract shapes and patterns taking life-like forms around the main subjects, and the exactness of perspectives, dimensions, and scales crumbling, this series is a non-verbal, pictorial transcript of a dialogue that marks a long friendship and a natural affinity between the two like-minded friends and artists. —Sasha Bogojev