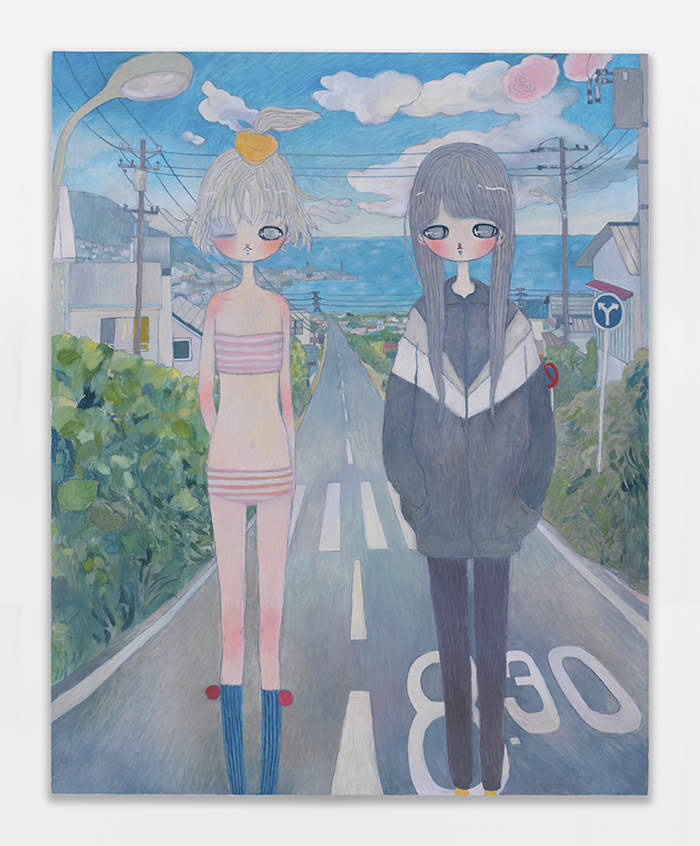 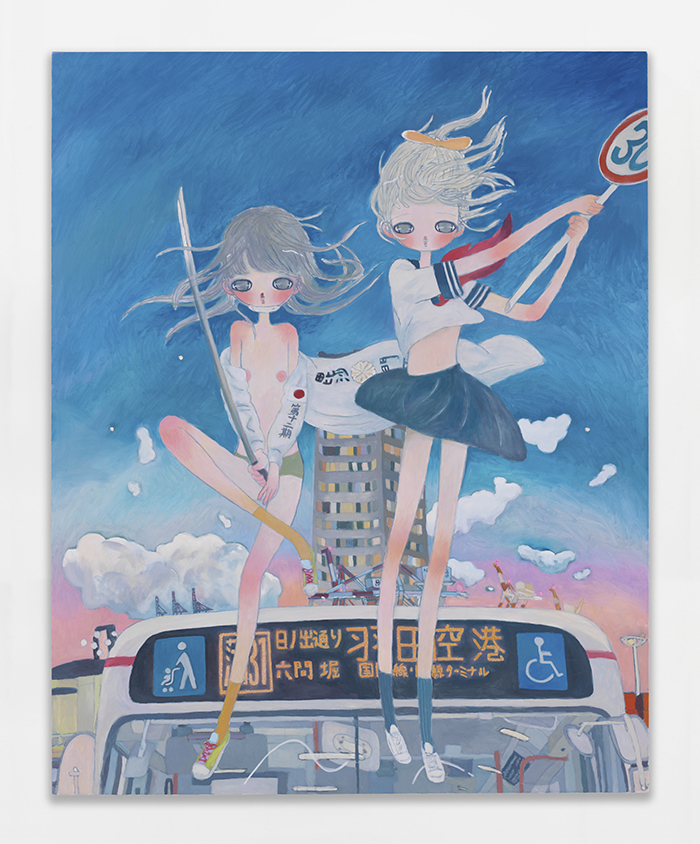 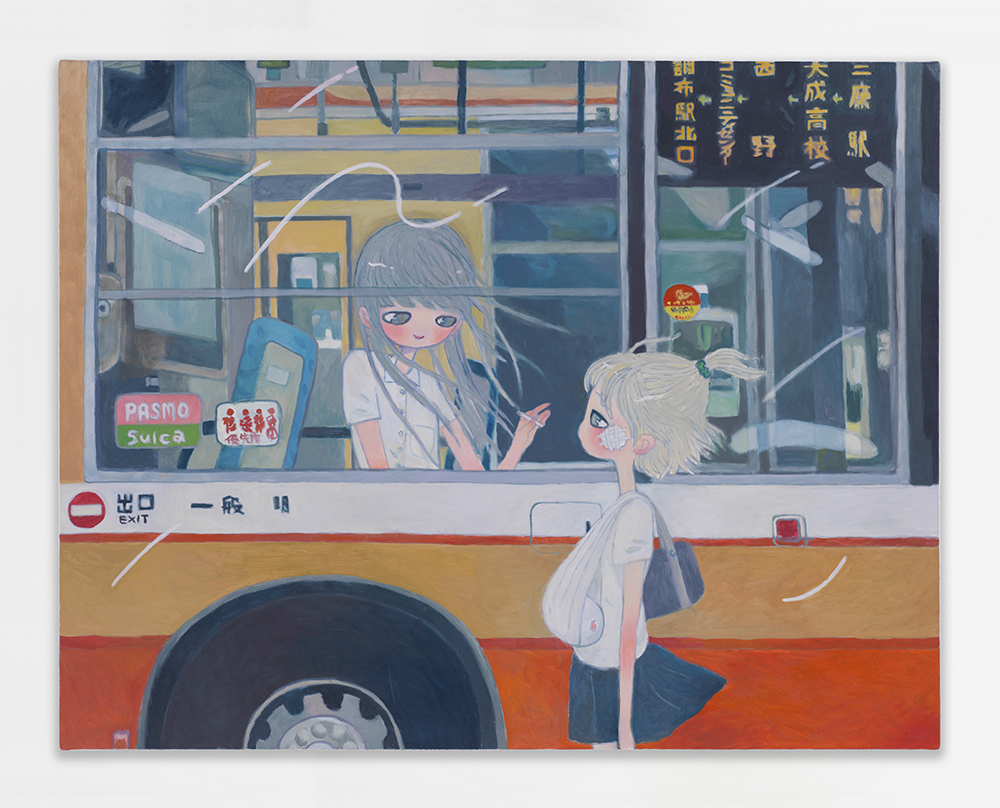 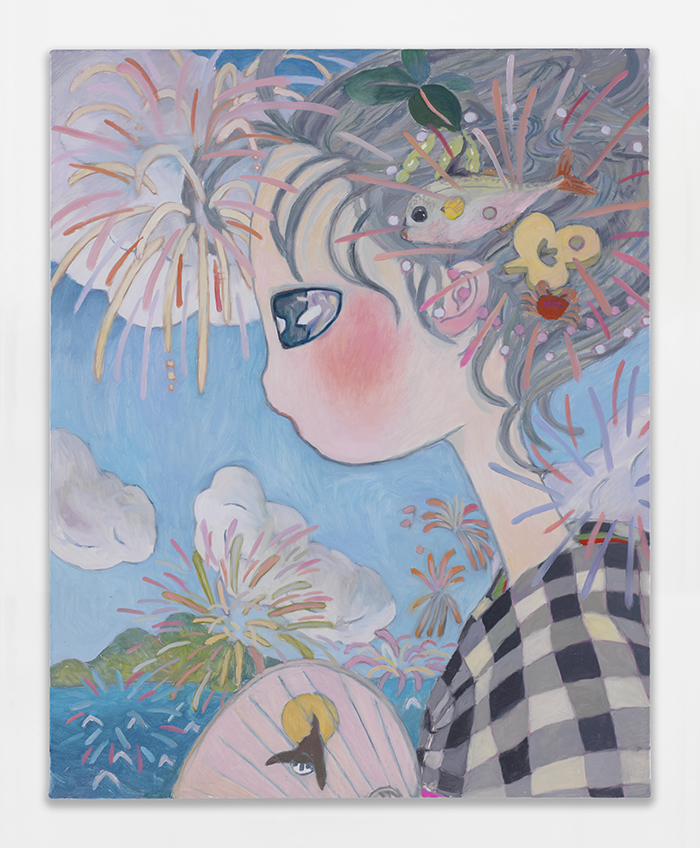 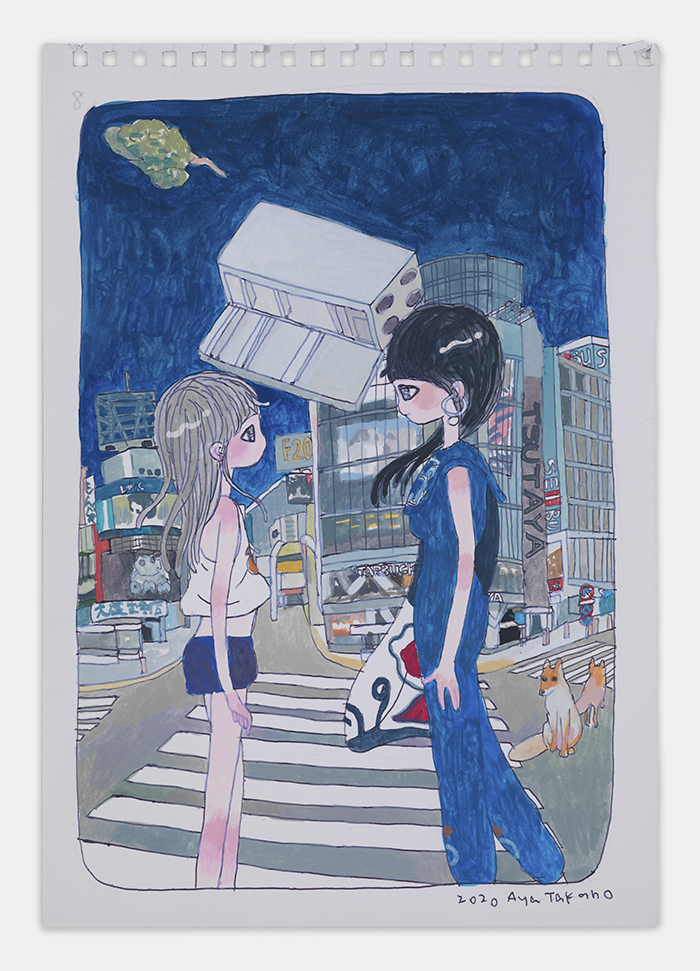 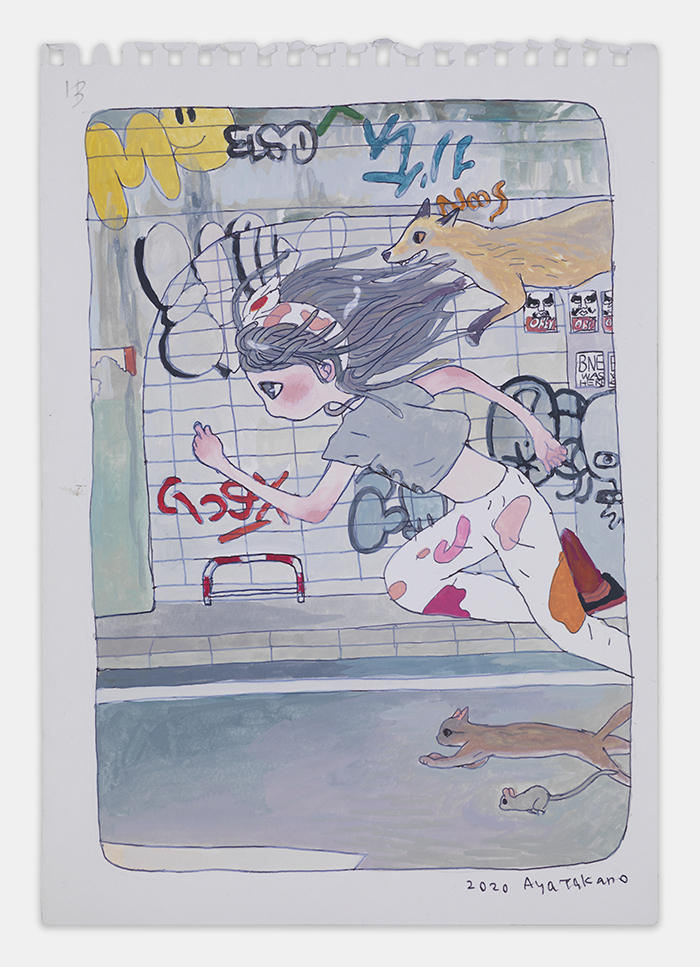 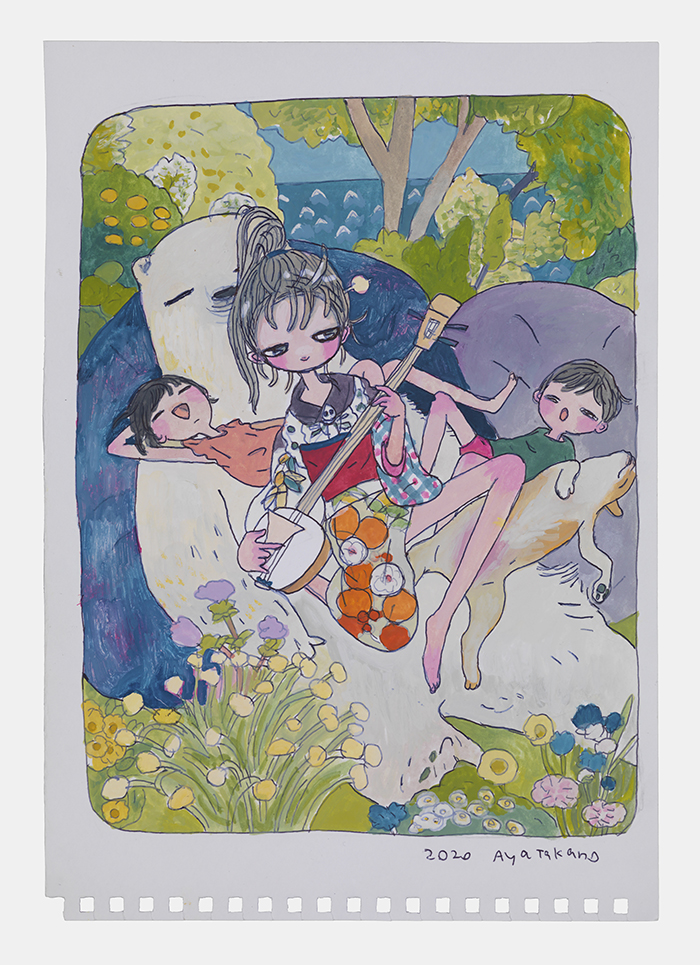 Aya Takano we are waiting in the future, 2020 Watercolor and pen on paper 25x17.5cm All images: ©Aya Takano/Kaikai Kiki Co., Ltd. All Rights Reserved. Courtesy of Perrotin. 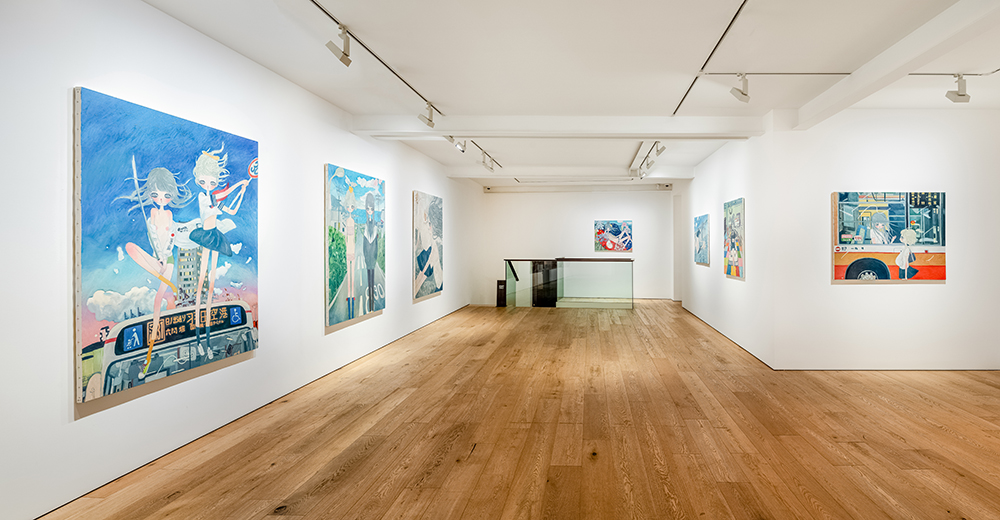 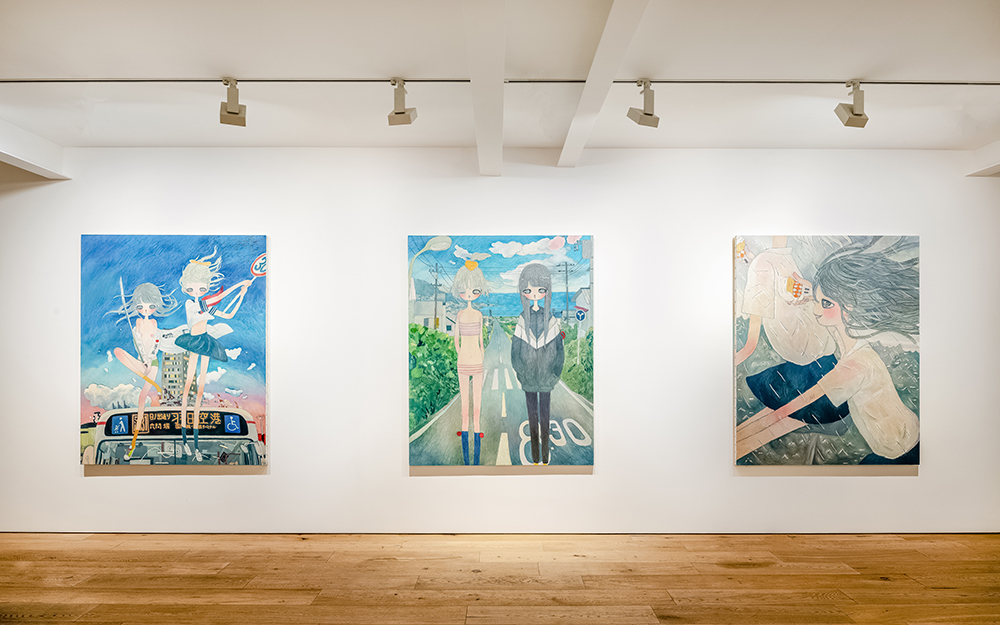 Perrotin Seoul is pleased to present new works by Aya Takano this fall. Comprising sixteen drawings and ten works on canvas, Let’s make the universe a better place explores new themes and approaches in her practice.

Takano has been creating figures akin to anime characters to compose science-fictional or mythologically peculiar scenes from her imaginary world. The artist, standing amidst shifts in Japanese contemporary painting—which is deeply affected by anime both in mainstream culture and subculture— has shown a tendency to take inspiration and subject matter from classical literature, mythology, and legends. However, our perception of Takano’s work must not be restricted to an emphasis on flatness and the incorporation of manga as defined by the sensational exhibition Superflat (Parco Gallery, Tokyo and Nagoya, 2000). Instead, we may turn our focus to Takano’s utilization of artistic language from the Edo period to construct a futuristic world of her own. Rather than simply returning from abstraction to figuration, since the mid- 2000s, Japanese art has evoked motifs from traditional art using illustrative techniques. In Takano’s work in particular, traces of distinct compositions from eighteenth-century Japanese ukiyo-e paintings are evident, as are flat, deformed animals redolent of the paintings of Ito Jakuchu.

The works in Let’s make the universe a better place focus on the underlying possibilities of constructing an identity developed in girls’ schools. Rather than fatigue and helplessness, the works reveal Takano’s perspective on minor mythologies and the utopian world of personal happiness, identity, and independence. Instead of focusing on the hardships of womanhood, such as alienation from society, Takano’s work expresses the small yet important personal experiences making up one’s identity and one’s idea of self. Presented in Takano’s unique style, the girls in her work exhibit an androgynous facet that prevails at the age of learning, which would later define femininity or gender roles. Instead of being confined by regulations as their personal and societal relationships break apart, the characters are actualized within fragments of a narrative of joyful, innocent encounters of friendship, desire, deviation, and equality. This new series of work is a departure from the artist’s interest in mythological and geographical points of view, turning instead to emotional and interpersonal relationships. It is a compilation of narratives amidst pathways leading to the present, past, and future in Takano’s oeuvre. In this exhibition, Takano’s paintings create a single universe where human beings and nature, the self and the other, coexist. Her continuous effort to connect internality with externality and vice versa goes beyond the defined identities of gender, forging a path toward a futuristic world where humanity as a whole are equal.