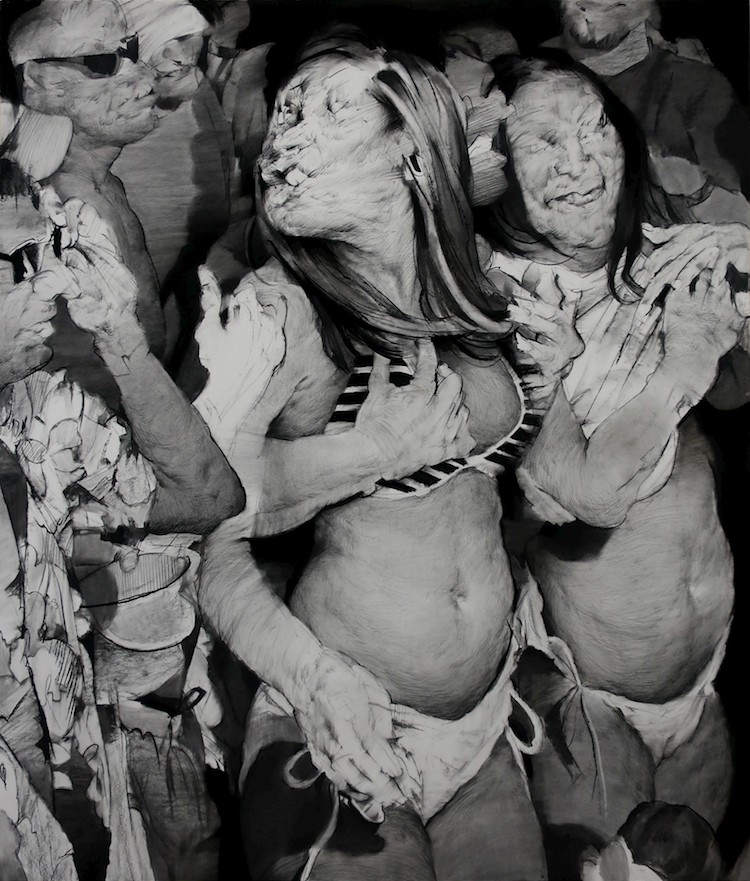 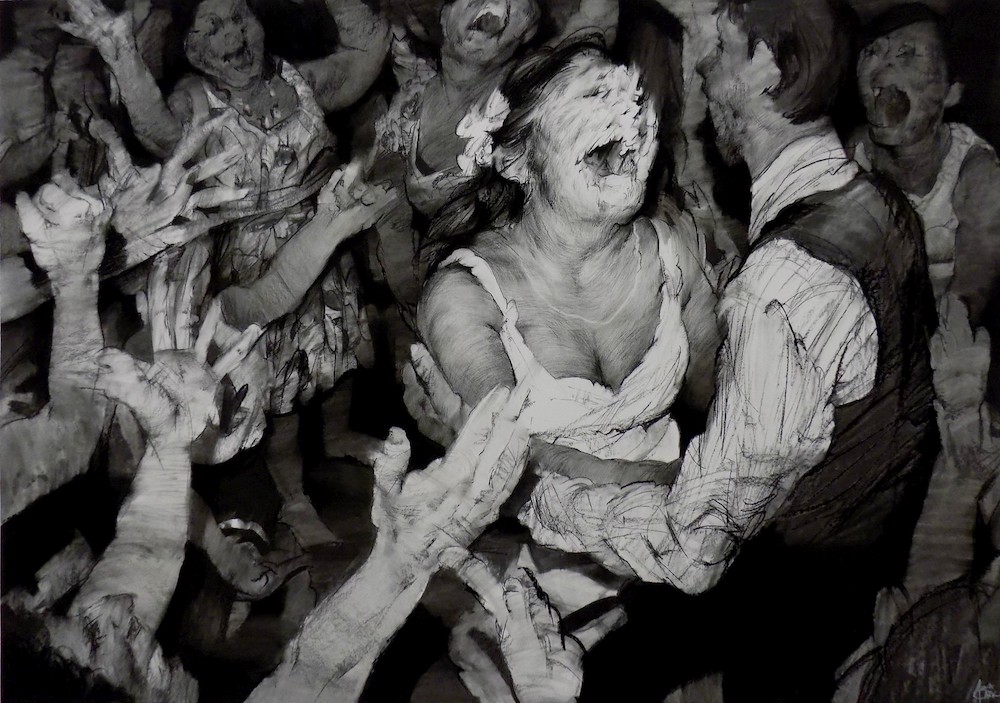 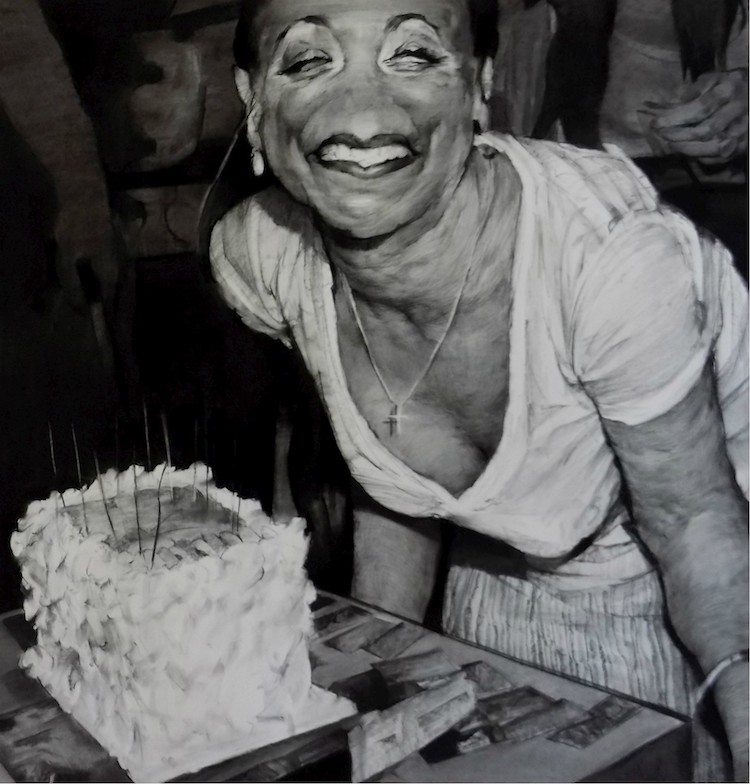 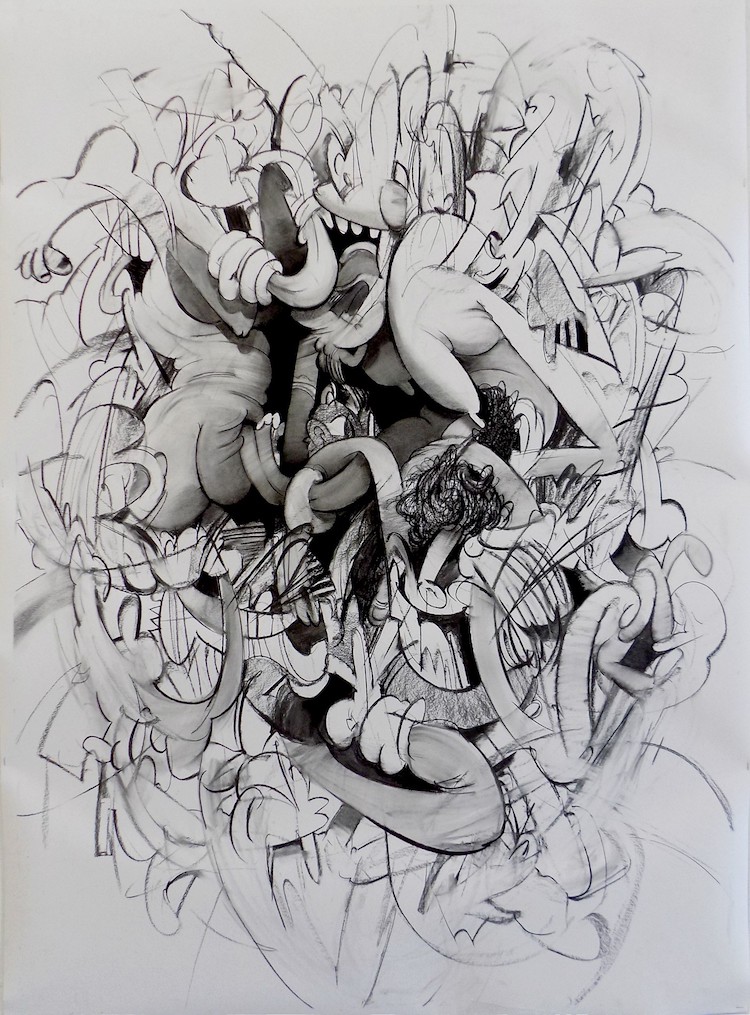 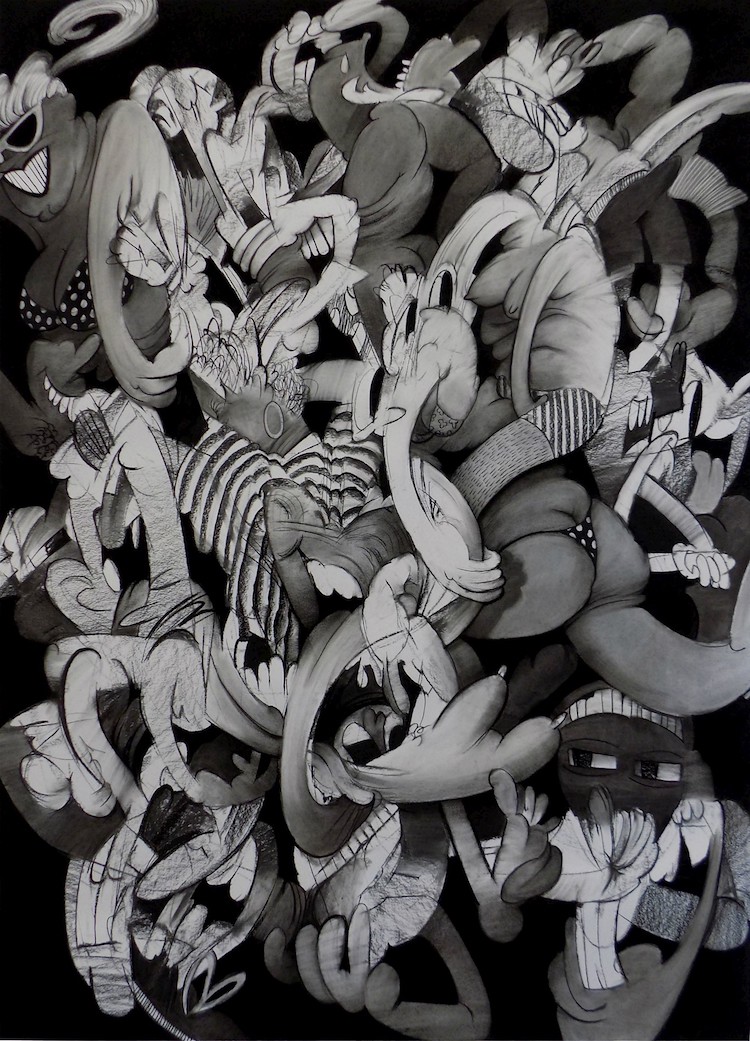 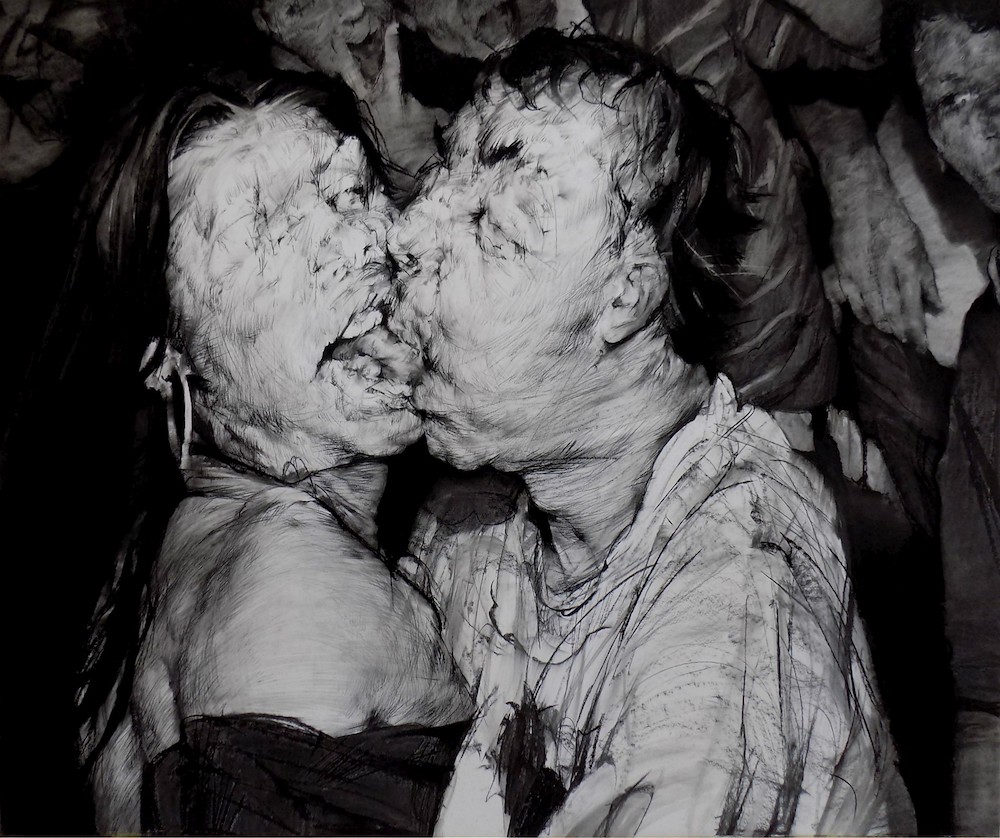 Anna Park, the NYC-based artist we've just featured both in the Fall 2019 issue and on Radio Juxtapoz Episode 021, is about to open a solo exhibition at Ross + Kramer Gallery’s East Hampton this Saturday, October 12th. Featuring works the artist created during her two-month long summer residency in Leipzig, Germany this past summer, Honeymoon will include large-format charcoal and graphite drawings on paper and two smaller-scale works on panel.

"I wanted to title the show Honeymoon in a near ironic way; it usually has a happy connotation. The works that will be included all reside in a world where things have gone a bit awry," Park tells us about the idea behind the show title. After raunchy parties and sporting imagery, this series of monochrome work is gravitating towards certain stereotypical rituals we partake in: weddings, birthdays, intimate moments with lovers. "I’ve always been interested in portraying a certain sense of uncanniness within the familiar. In these particular pieces, I was drawn to representations of what is usually known as positive or celebratory occasions and inserting my own (at times satirical), narrative to them."

Building her images from existing reference photos as her practice for composition and design, the artist then continues brushing up different sections instinctively. "I think I am most interested in the image if I see that it has potential to reveal a new layer of interpretation to it," she explains about the reference photographs she starts from. By exaggerating facial features, expressions, limbs, and postures, distorting the image with expressive gestures and well calculated, purposeful smudges of charcoal and graphite, she is constructing the dynamic and tensed atmosphere in this phase of the process. "I hoped that it would reflect how each piece is a snapshot of the expectations vs. reality within certain ritualistic social tropes that we all partake in," Park remarked.

Honeymoon will also include explorations in a completely new field of cartoonish style imagery (seen in gallery above). Allowing her mark-making to dictate the image rather than building her work from an existing reference, these pieces are the essence of Park's usual interventions within the original photograph. Instead of portraying human characters in a recognizable real-life setting, these images are essentially a mass of limbs and body features, often bent and distorted beyond recognition. "This way of working made me think more intuitively throughout the process and informed my usual way of drawing. Half of the works in the show are of this style so that they can play in conjuncture with one another," Park said of the newest works. —Sasha Bogojev