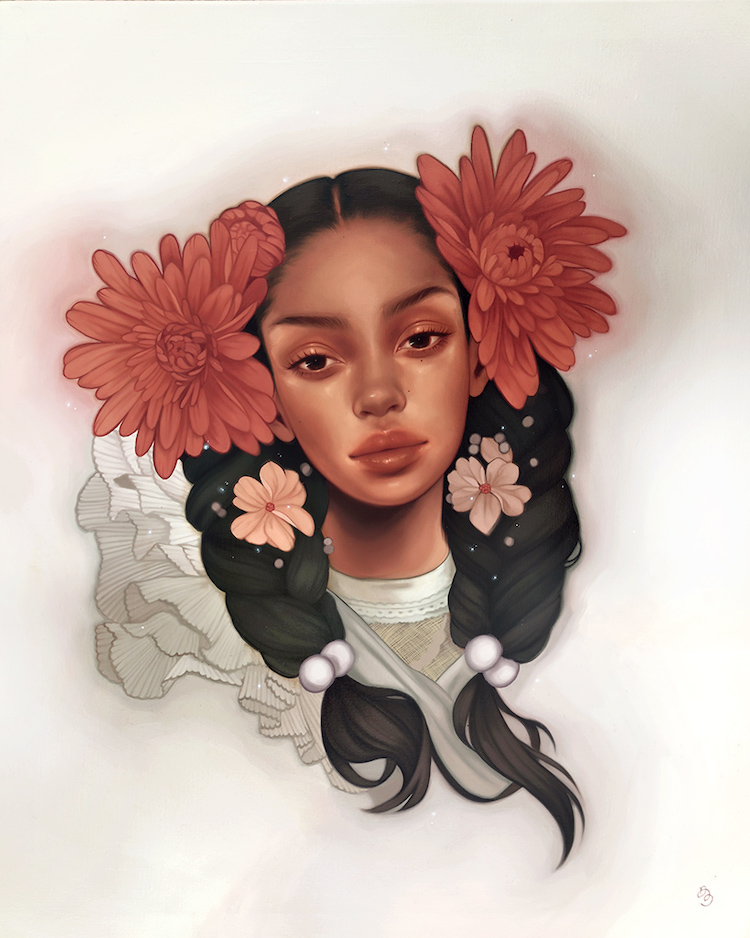 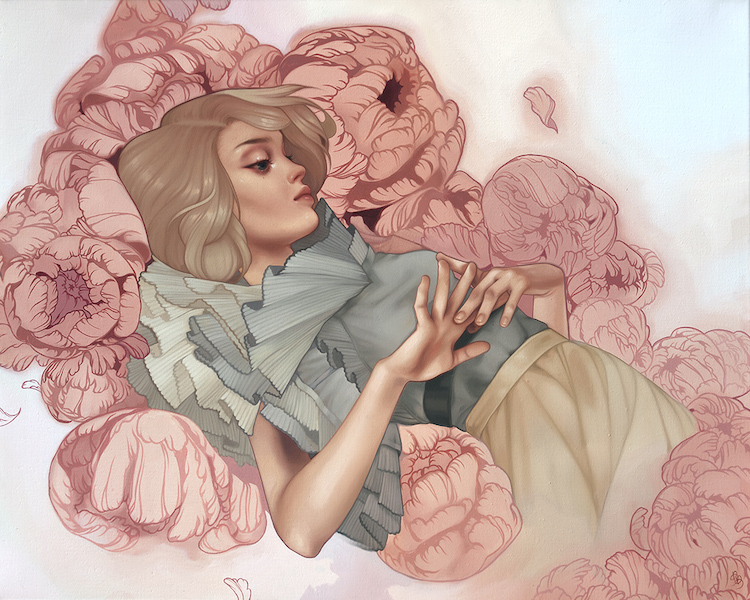 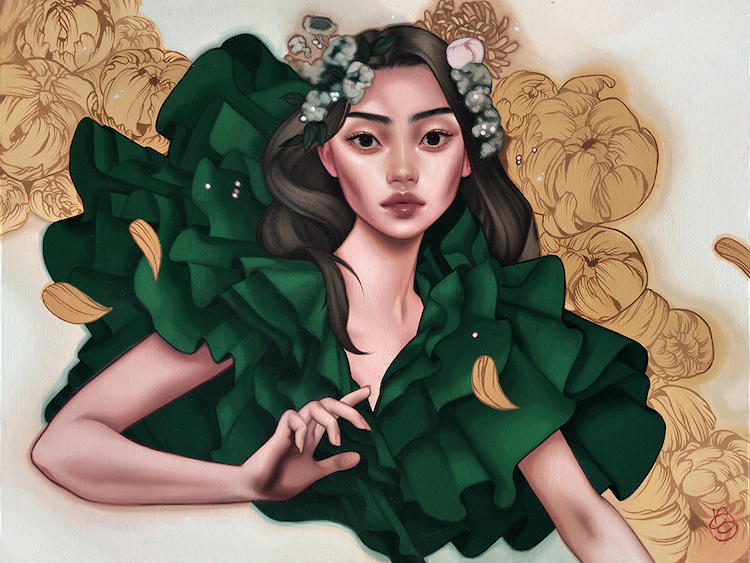 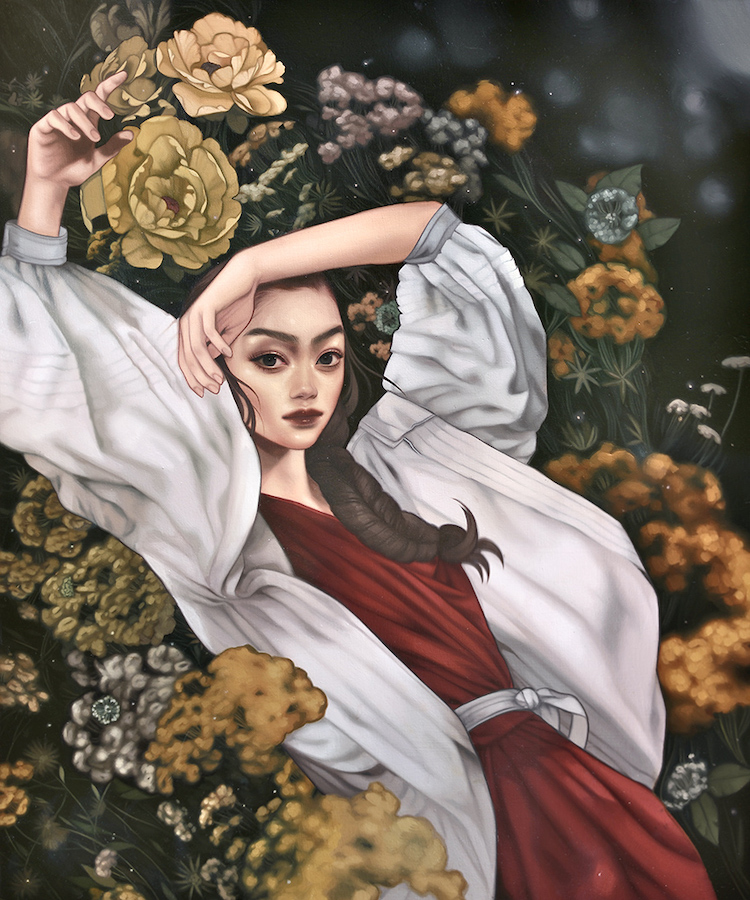 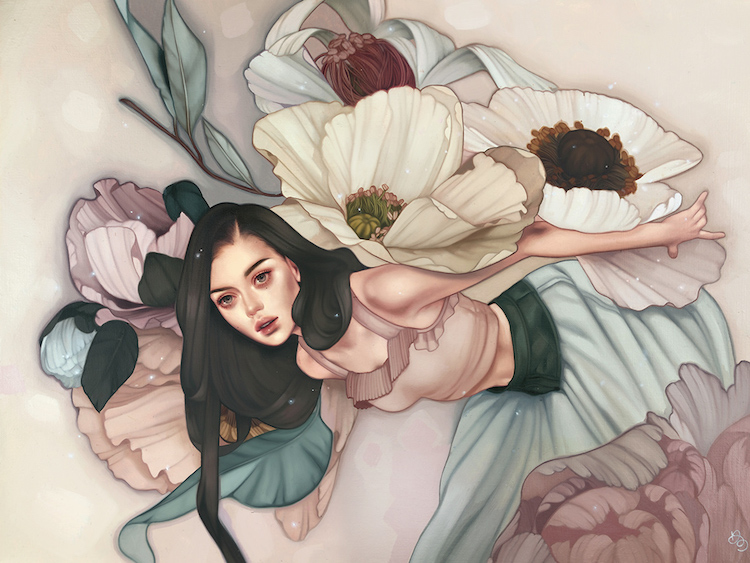 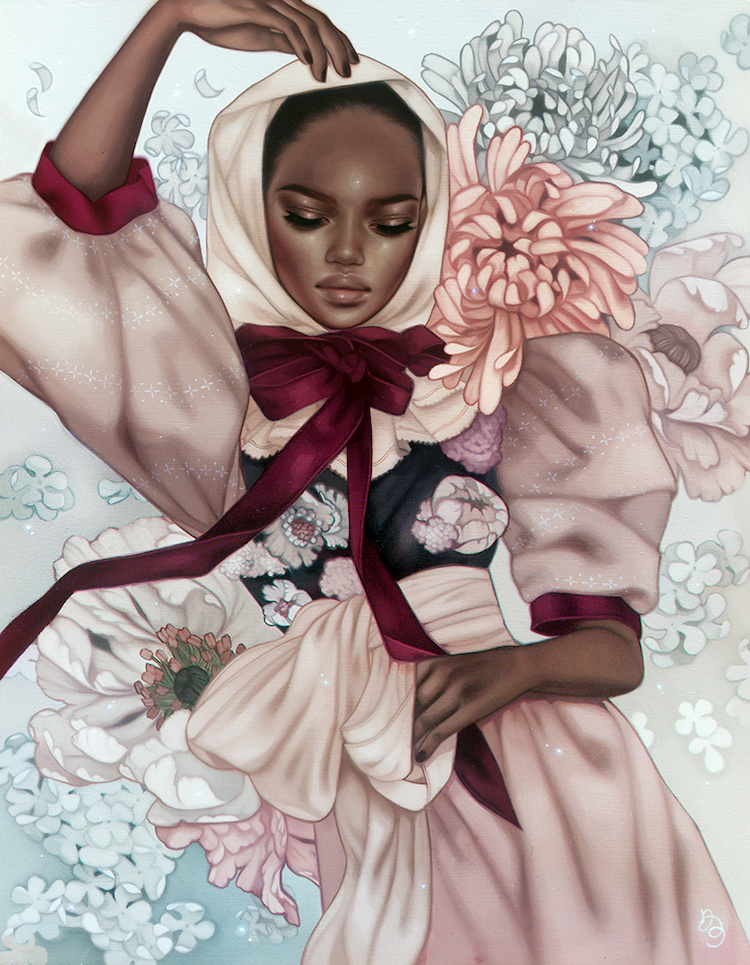 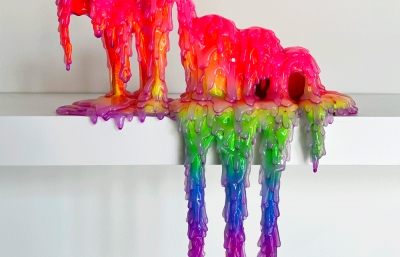 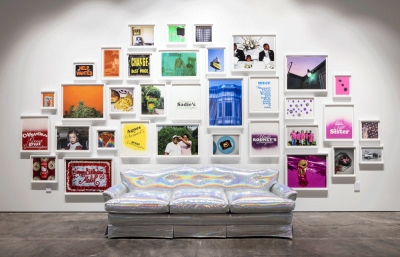 Spoke Art NYC is pleased to present Anemoia, a solo exhibition by Lexington, KY-based artist Kelsey Beckett. Anemoia will be Beckett’s second solo exhibition at Spoke Art, in which she will be exhibiting a series of fifteen new paintings. The feminine figures in the artists work capture a feeling of serenity and tranquility, creating a longing for a place or time which the viewer is not, and can never be a part of.

The ambiguous environments depicted in Anemoia bring to mind questions of time and place, where the hazy, dream-like settings draw the viewer in. As if peering through a window, one is able to take in the scenes unnoticed, while the unencumbered figures peacefully exist. The figures are dressed in fluid and billowy fabrics embellished with bows, while oversized, larger-than-life florals adorn their hair and surroundings. Many of the characters appear as if to be floating in space, perhaps on the precipice of being gently carried away by a soft breeze, adding further to the mystery of their surreal universe.

About the figures depicted in her work, Beckett states, “They live in a dreamlike refuge. They escape outside burdens, violence, and are not restricted within the confines of gaze. This is an unrealistic, impossible world that can only be captured or felt as an echo."