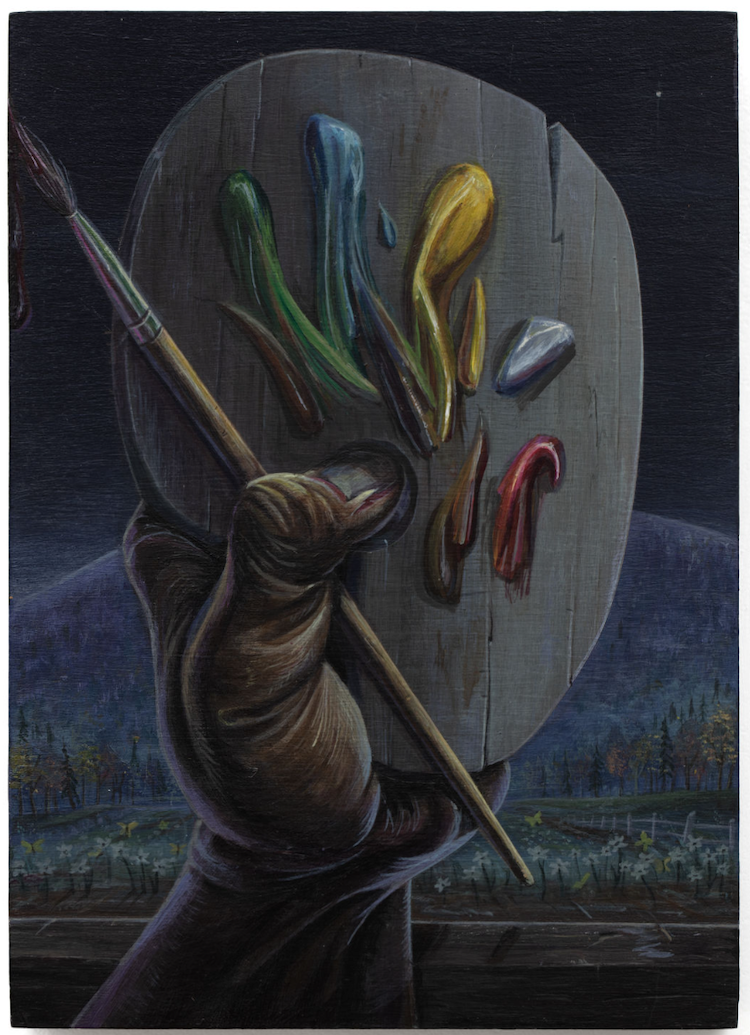 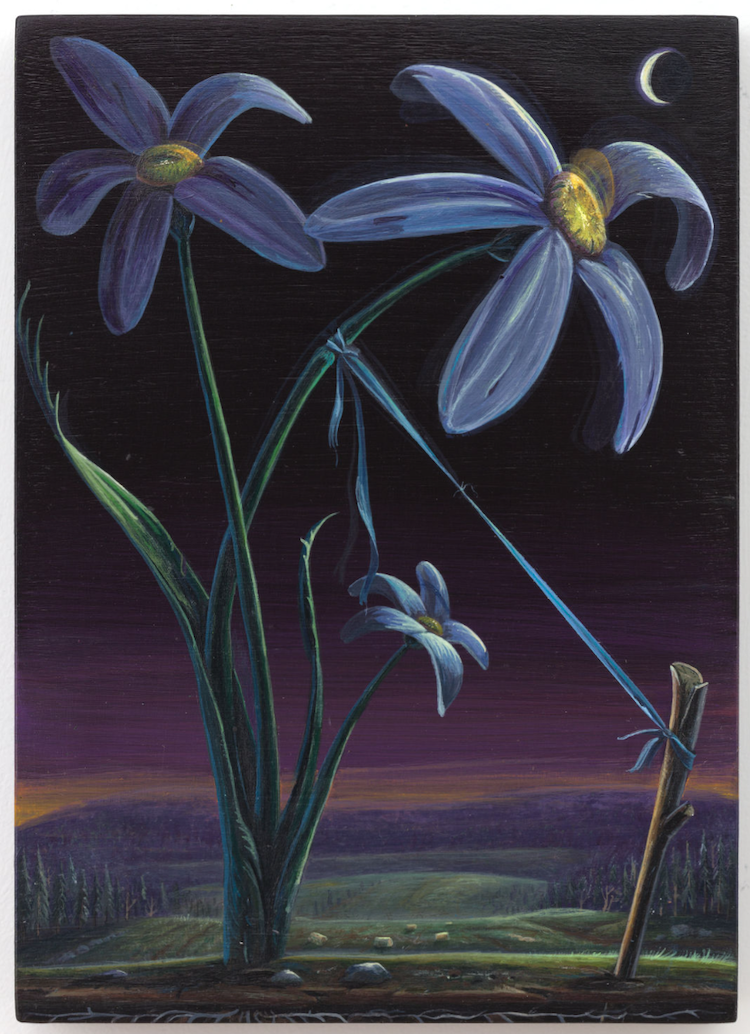 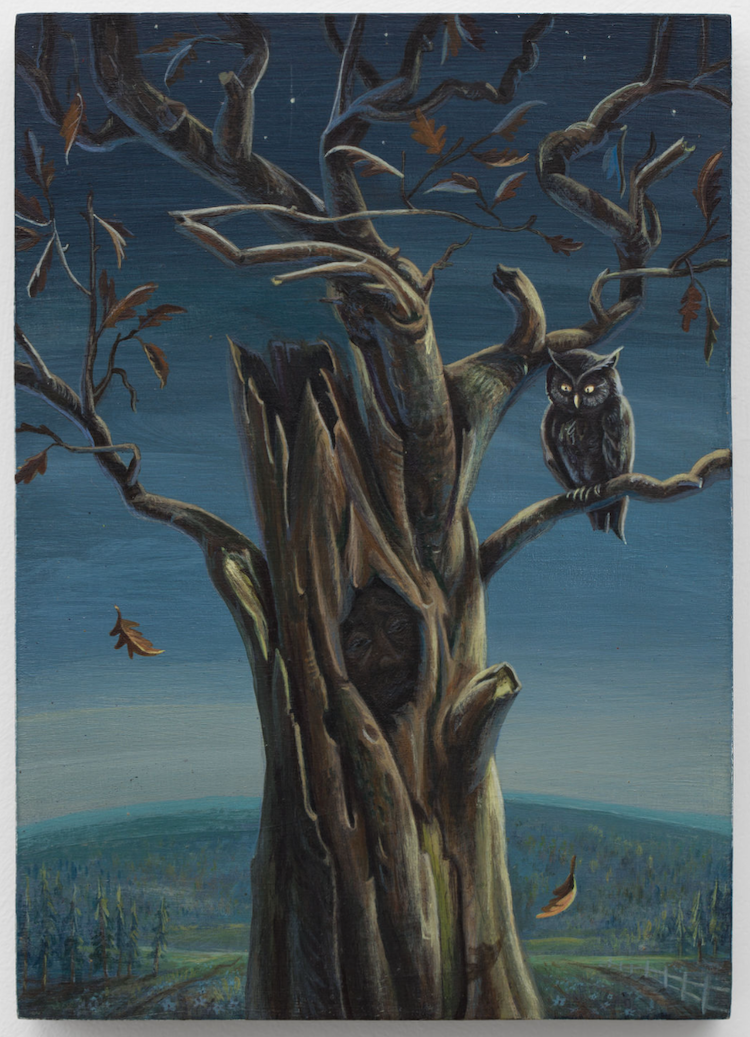 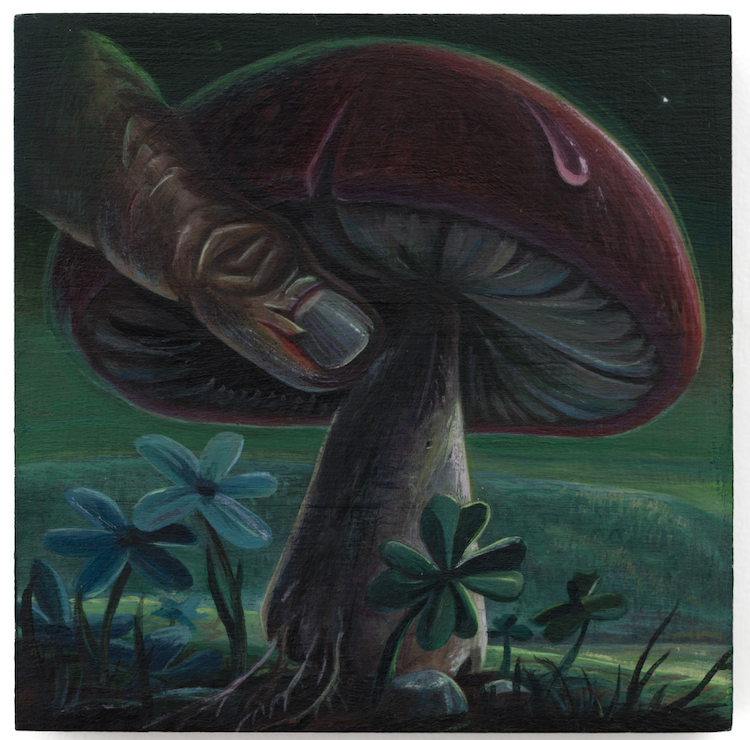 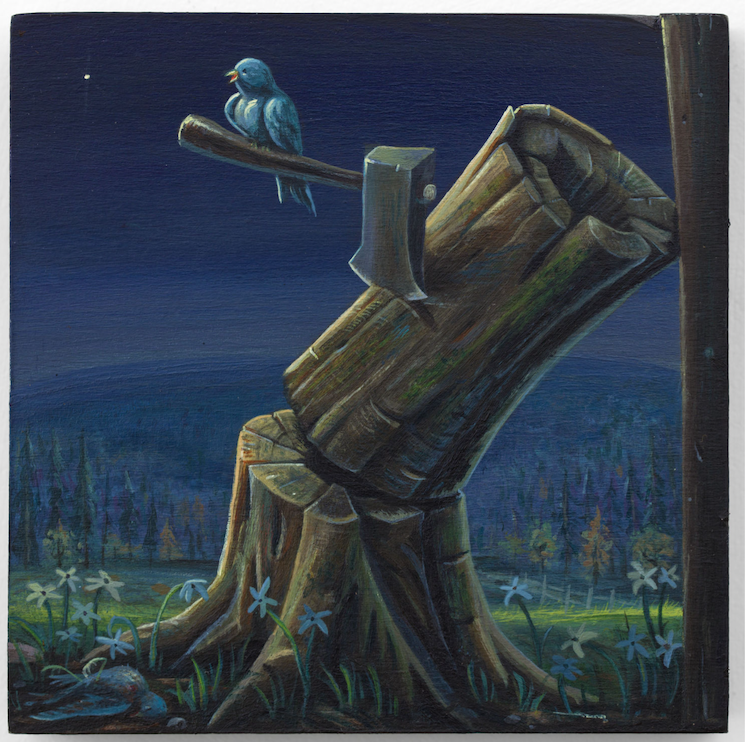 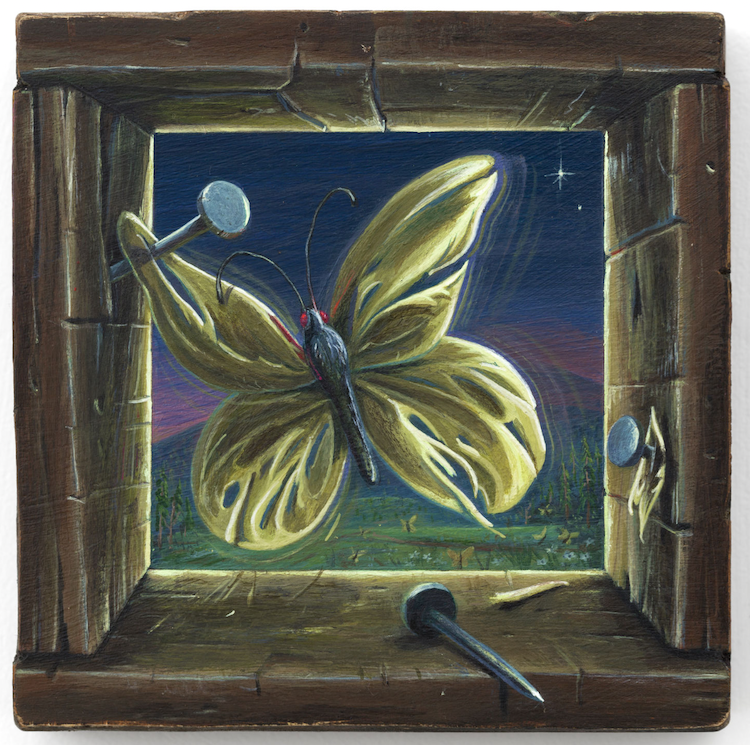 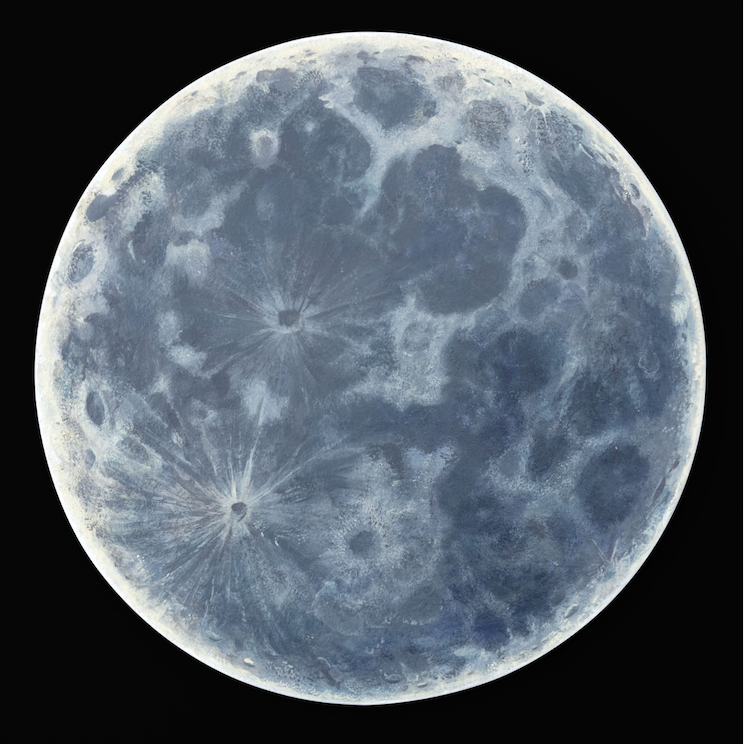 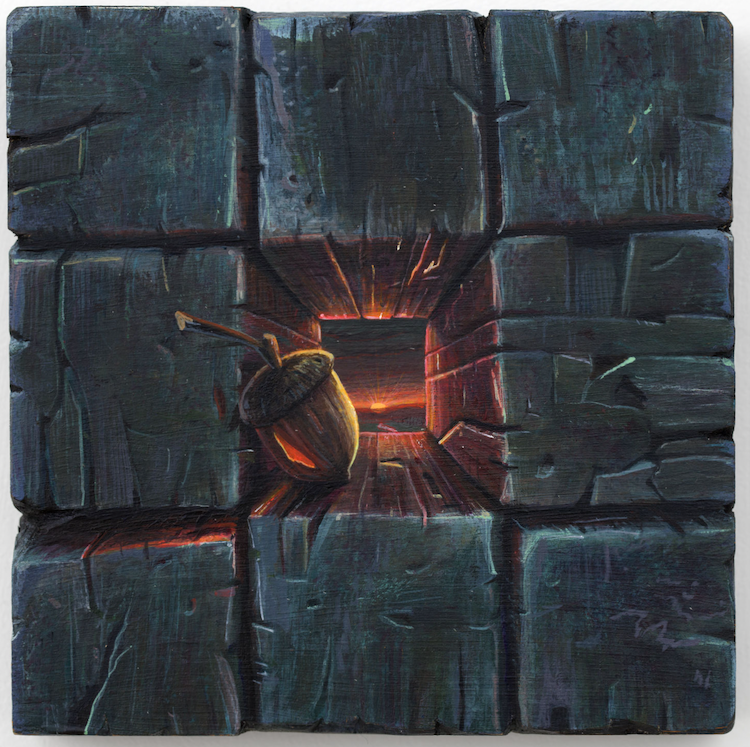 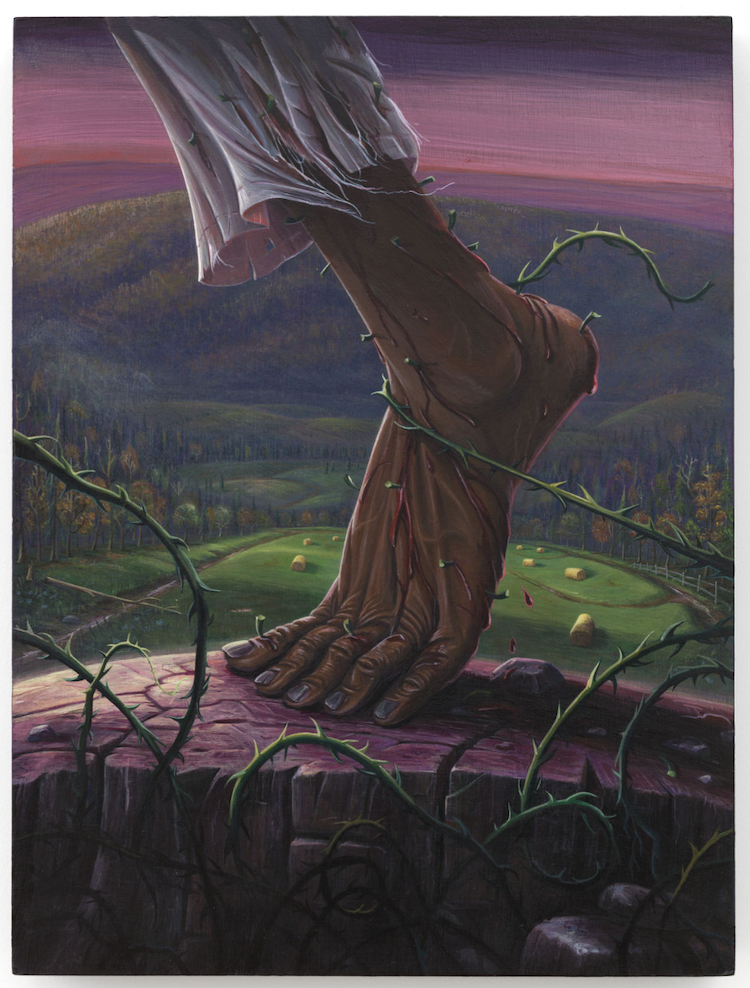 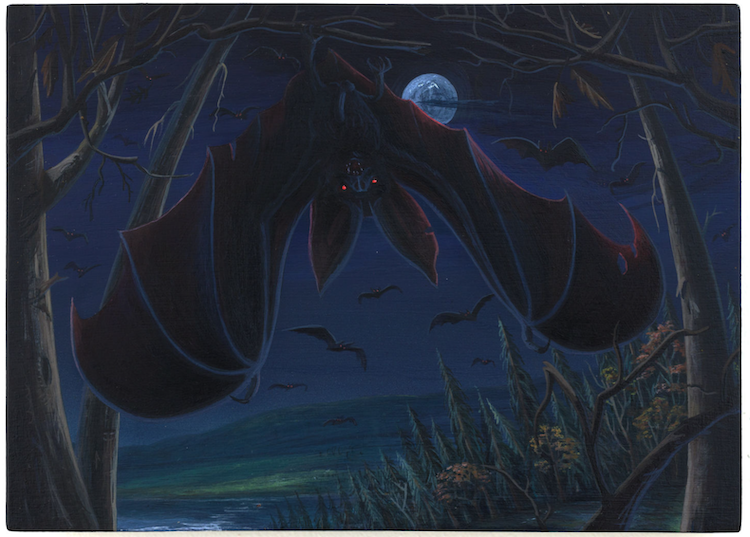 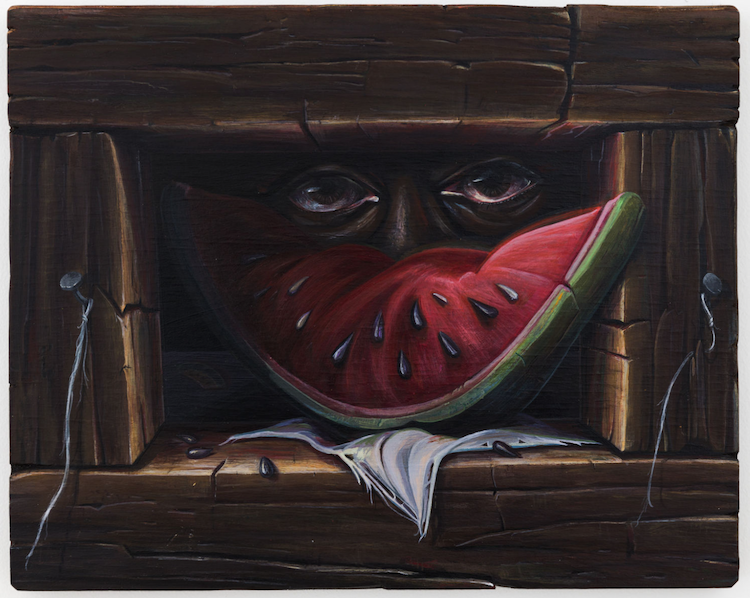 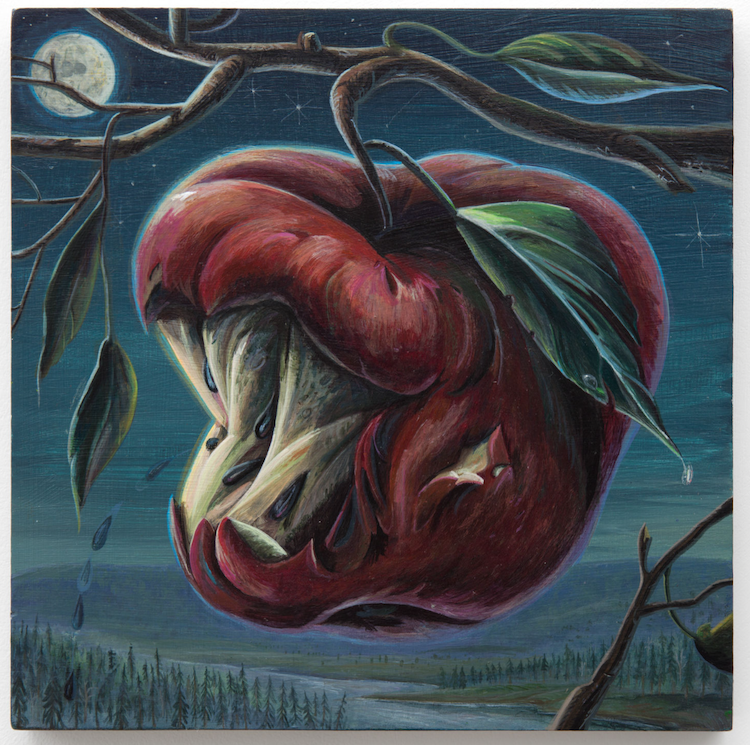 Alexander Harrison’s Big World will bring together fifteen enigmatic and intimately-scaled new paintings by the artist whose dreamscapes and object-symbols blend illusion and fantasy with archetypes from cultural history. This is Harrison’s first solo exhibition at Kasmin.

Harrison sets up his paintings as portals into a vivid universe of elusive narratives brimming with searching, loneliness, escape, and entrapment. Scenes set at dusk or early morning capture the border between light and dark when the sky is at its most chromatic and stars punctuate a backdrop of deep blue. Paired with a conflation of seasons, Harrison renders an unreality that he compares to a fever dream, loaded with ambiguous symbolism, personified flowers and birds, trees in multiple forms, and figures that resist being seen in their totality. Working directly from an inner consciousness, Harrison brings myriad metaphysical references into his compositions, loading the work with an ineffable talismanic quality especially present in the artist’s intimately-scaled work.

Through the meticulous application of layers of acrylic on panel, Harrison conceptualizes the contrast between light and shadow, a tactic employed by the painters of the Italian Renaissance. Rarely depicting direct light, the artist favors the reflections occasioned by the surfaces of his images. Engaged with a history of surrealism and the supernatural, he turns repeatedly to symbols loaded with art historical and religious folklore, such as the apple, the pumpkin, and the moon, as well as those co-opted by racist caricature, such as the watermelon. Memento moris appear in the form of flowers, heavy-headed and drooping with melancholic candor in the moonlight. Appearing across his oeuvre, these motifs create an immersive universe, heightening the uncanny dissonance one feels when observing a whole rendered in fragments. The artist’s use of distinctive framing strategies, realized primarily through the use of trompe l’oeil, allow lifelike materials such as clapboard window frames and the bare stone walls of prison cells to determine the picture plane.

Mining his experiences growing up in Marietta, South Carolina, Harrison explores the psychic reverberations of America’s deeply entrenched racism as well as the role of the artist and the responsibilities inherent in painterly representation. These themes emerge in Harrison’s work through the recurrence of the Black male figure, reprised as a cowboy, an artist, and a man on the run. These characters recur as both a proxy for the artistic figure and for the manner in which Black masculinity has historically been stereotyped in popular culture, where representations have routinely lacked nuance. Harrison’s figures exist in riposte to these fallacies, offering instead portraits of self-determination and philosophical depth.