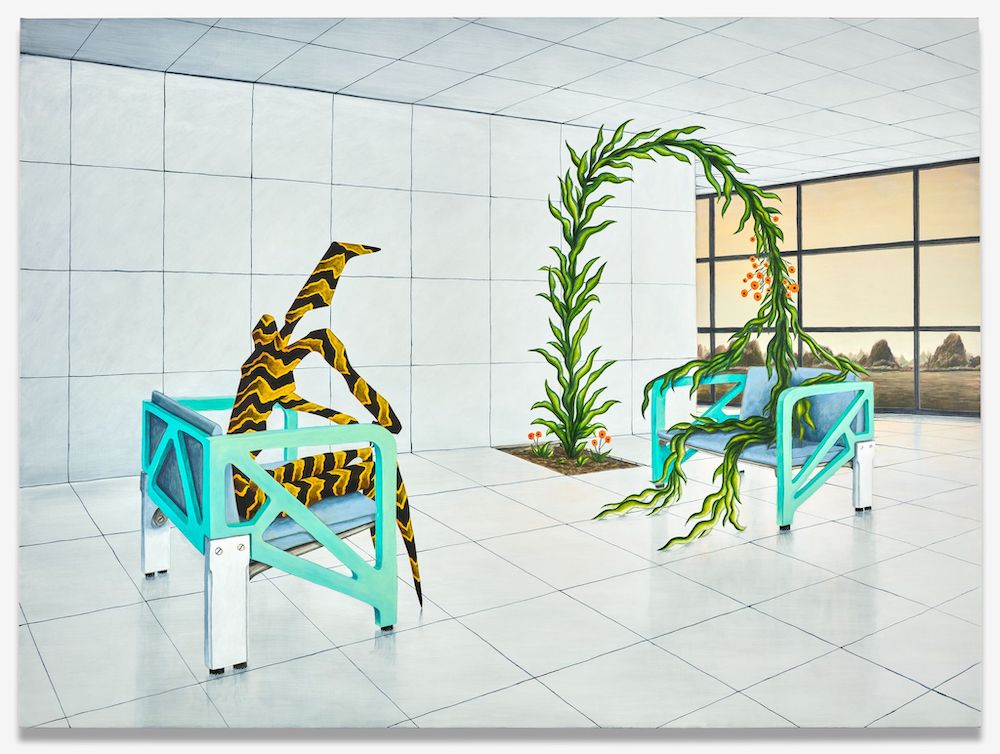 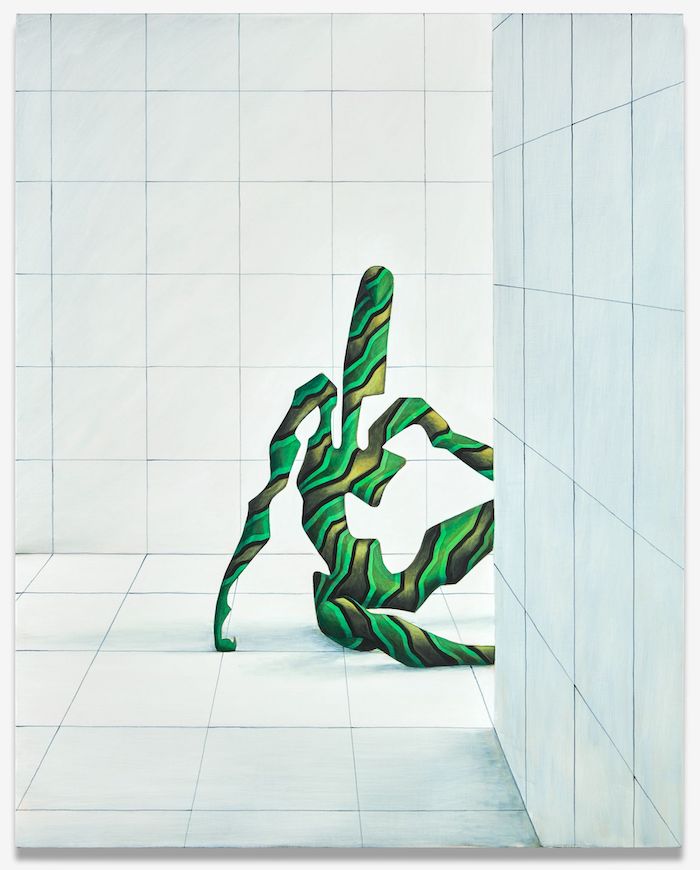 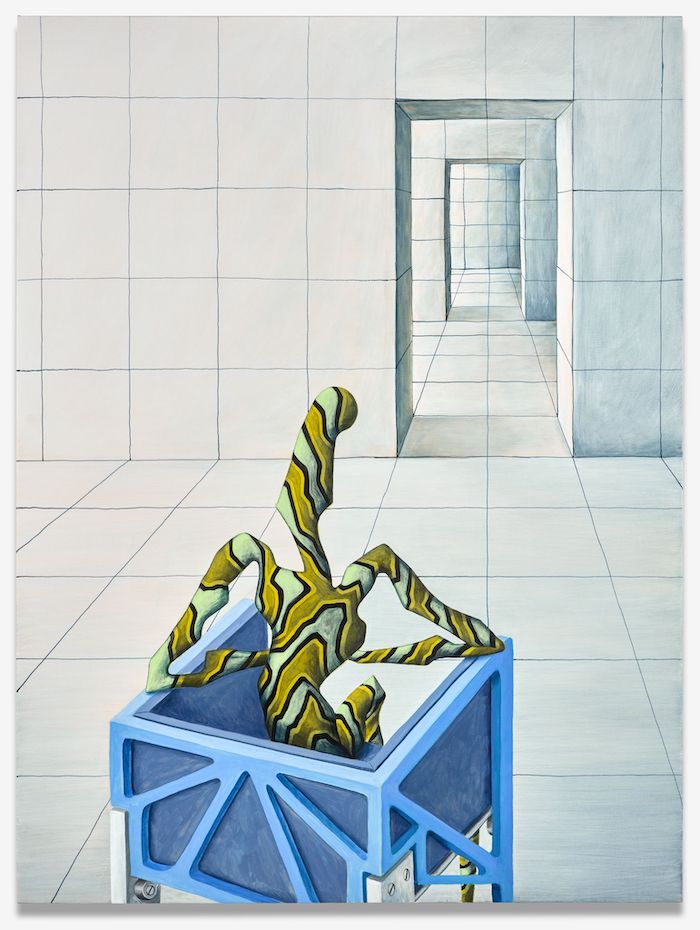 We've been closely following the recent development of Alejandro Cardenas' work through his shows in LA and East Hampton, and are excited to see the Chilean-born, LA-based artist having a milestone solo debut with Almine Rech gallery in NYC. Entitled Alexandria, on view through February 23rd, 2021, the exhibition introduces a new body of paintings and sculpturues, providing a commentary on the relationship between humans and the environment through Sci-fi-like visuals.

In one respect, the title of the show references the largest city in the ancient world, named after its founder, Alexander The Great. The other is that Alexandria references the artist himself and the ongoing world he's building. Unlike the intellectual and cultural center of the Hellenistic civilization that Alexandria was, a momentous meeting point between the East and the West, Cardenas' Alexandria is a post-human world inhabited by anthropomorphic forms who live inside minimal and sterile architectural environments. Marked with a strict grid of straight lines, the settings evoke one of the most famous conceptual architecture works, Continuous Monument: An Architectural Model for Total Urbanization by Superstudio, an architectural firm that was a major part of the Radical architecture and design movement of the late 1960s. Their critique of urban planning which used such a grid system as a way to mediate space, creates a perfect backdrop in which Cardenas' protagonists are experiencing climate change, the ongoing health and economic crises, and social injustice. At the same time, such a neutral surrounding layout symbolizes a blueprint on which a new, better, socially conscious world can be built. "I feel that our survival as a species depends on an agreement among all of us, a kind of unification of ideas, a non-space wherein everything this is possible," the artist explains how the seemingly post-apocalyptic environment is, in fact, hoping to send out a message of encouragement and inspiration. "The grid, to me, is representative of that possibility.”

Initially evoking the aesthetics of Sci-Fi, surrealism, or even magical realism, the profoundly constructed and rendered images are imbued with human concerns and sentiments. With heads bowed, back crouched, the characters quickly transition from alien-like creatures into becoming relatable beings, sharing relatable emotions. Sometimes confronted with other beings that are clearly of more Earthly origin, they are imposing questions about the way we're handling the other life forms co-existing with us on the planet. With the wildlife existing only behind their windows, these works are accenting our exponentially evolving disconnection from our natural origins while staying hopeful about the future. Such concern is strikingly evident in If Anything Could Be Learned, an image in which one of the recurring characters is seated against the humanoid plant. Appearing fictional and fantastical at first, it's the body language of its protagonists that suggests the vital narrative. “It is about the present moment and the choices we have to make in order to exist as a culture in a world we are destroying and which we have to start fixing," Cardenas explains the essence of the fragile relationship between nature and his silhouettes wrapped in colorful patterns. —Sasha Bogojev