A Studio Visit with Antony Micallef 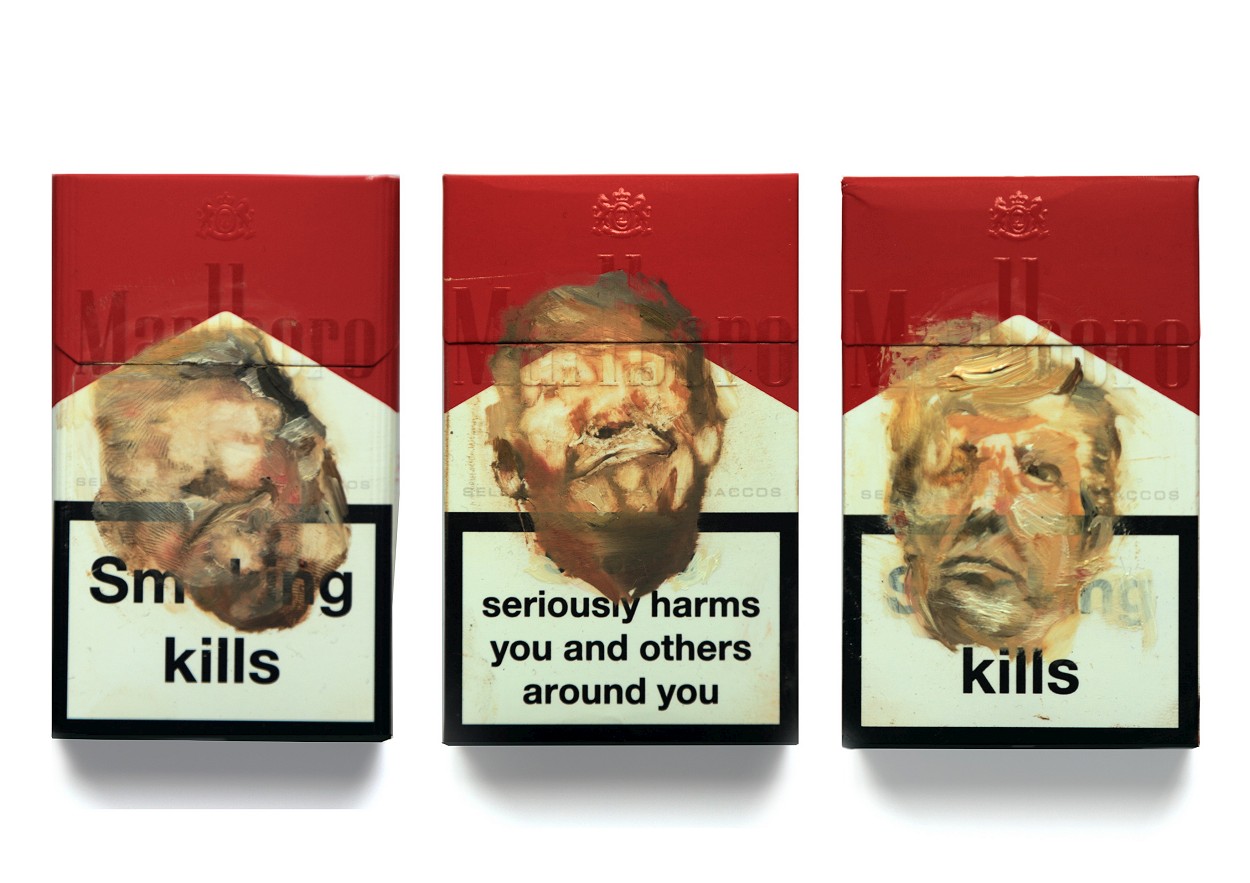 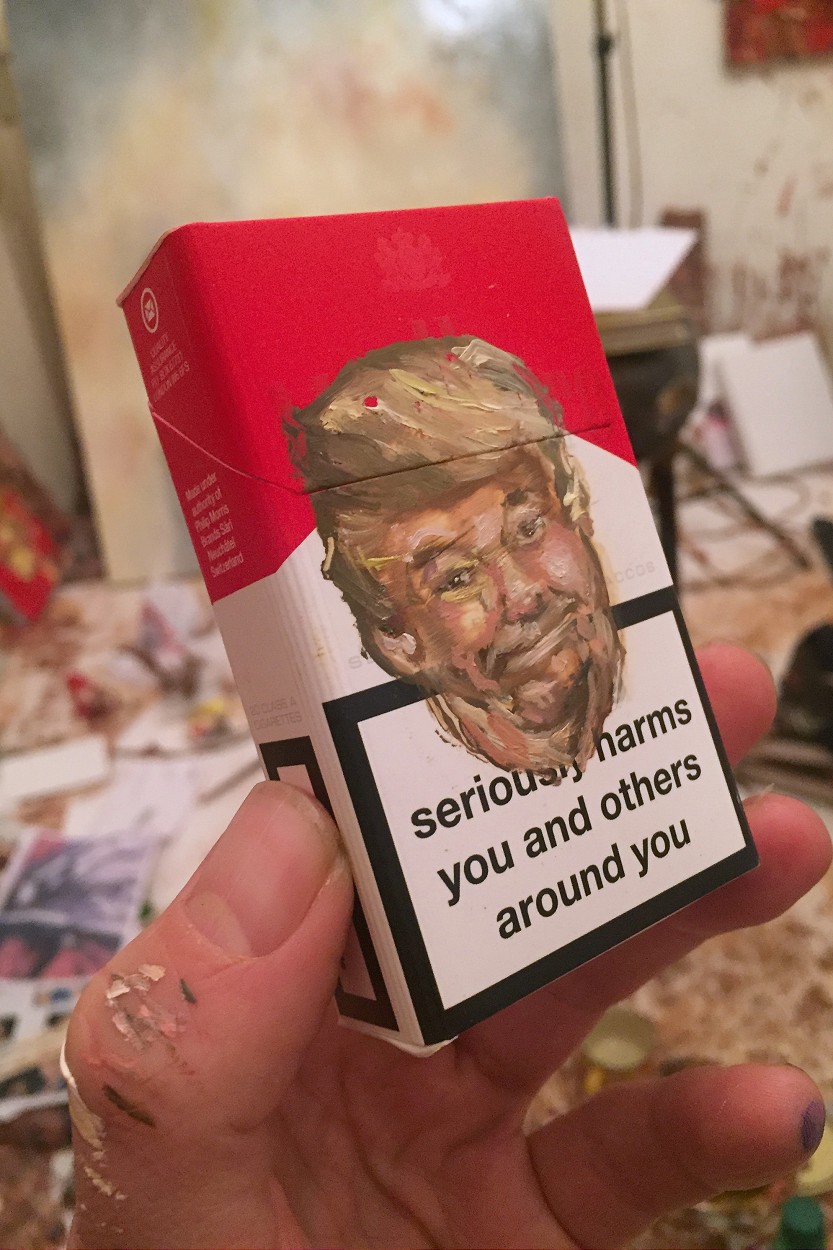 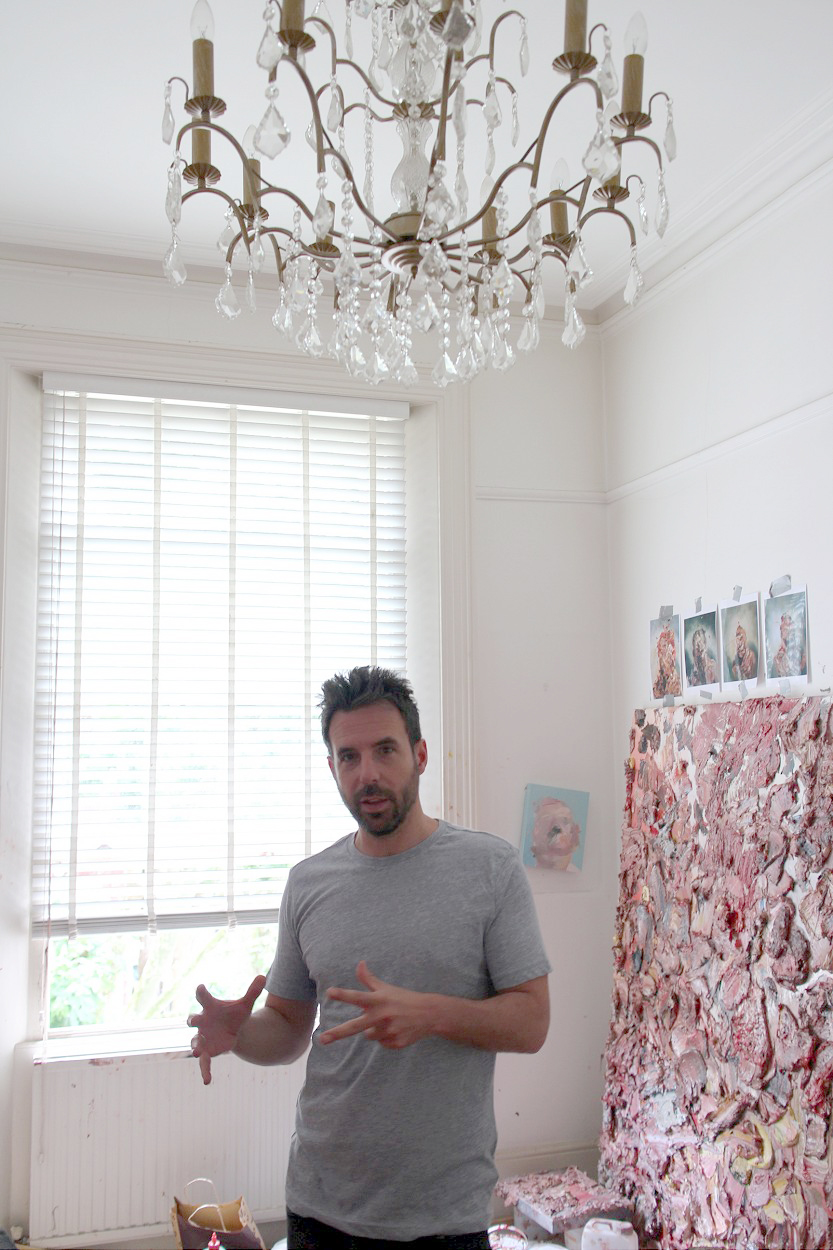 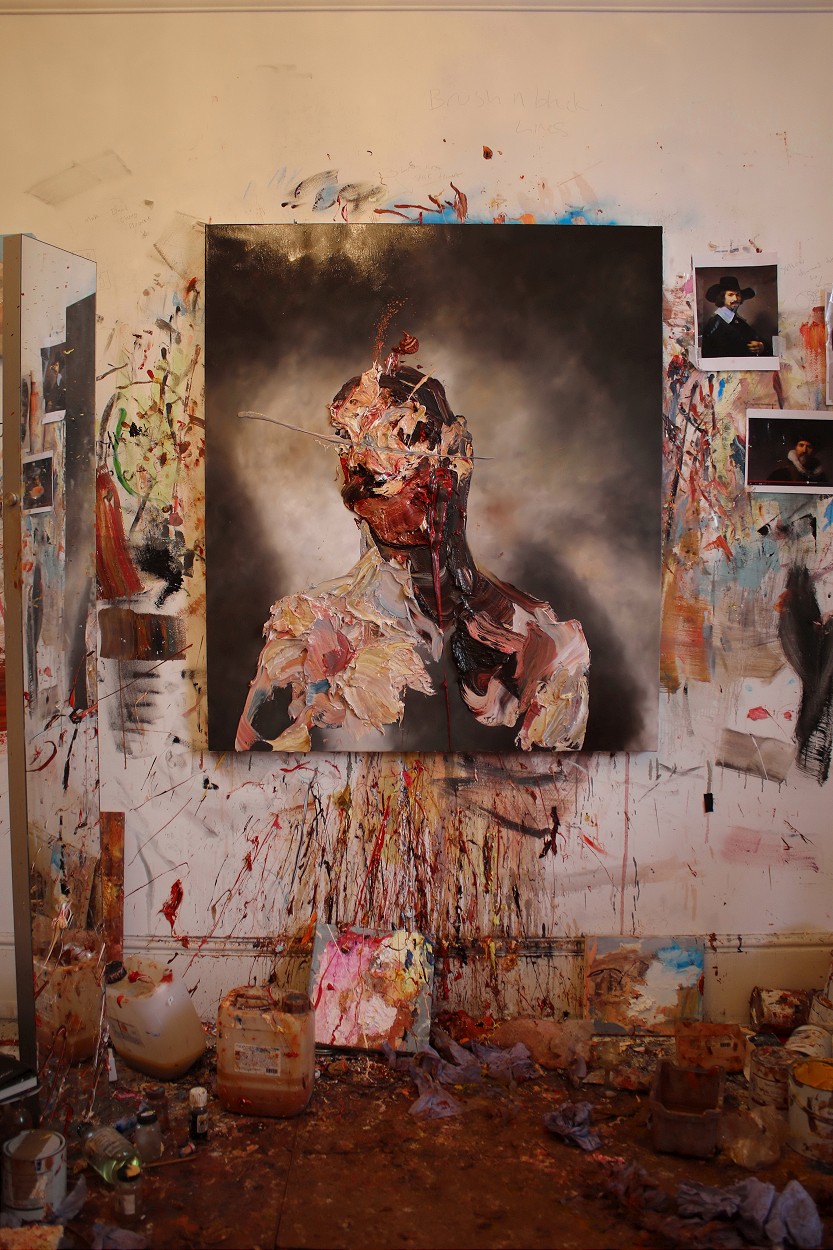 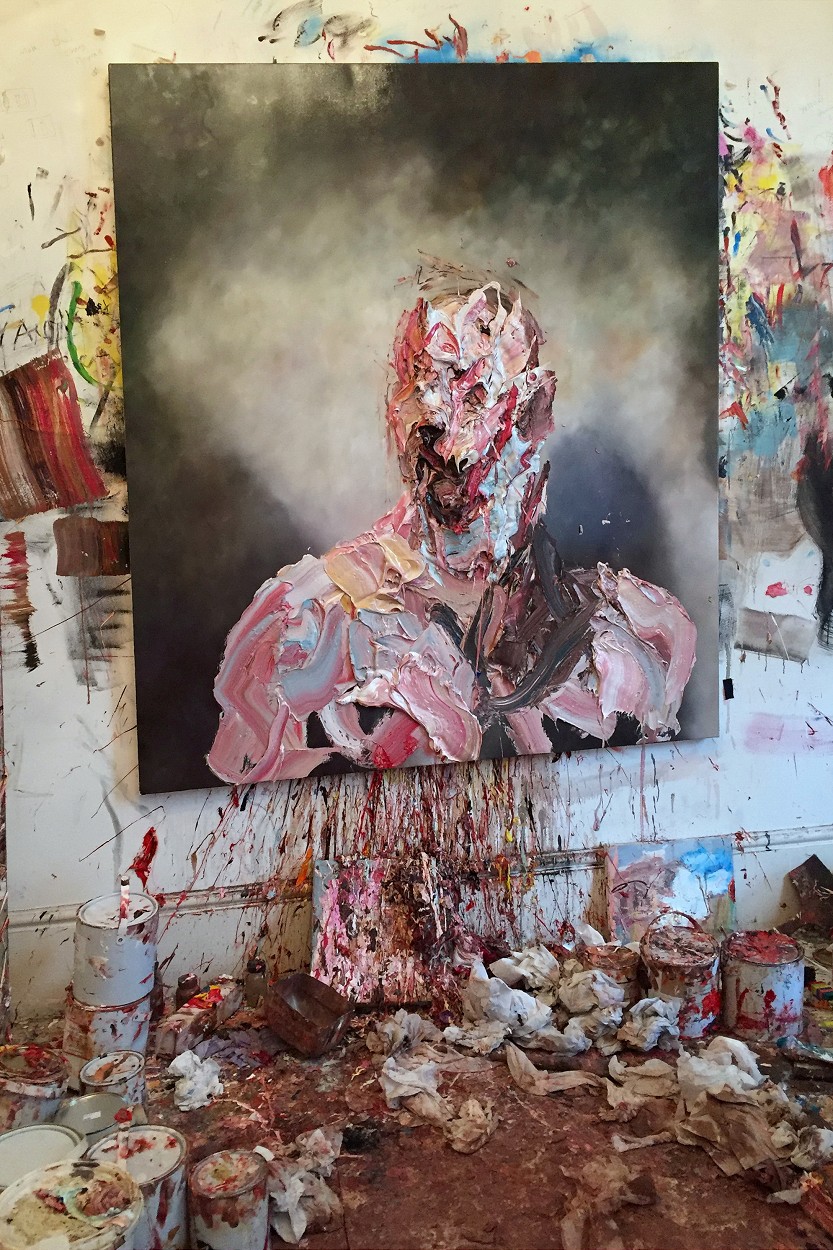 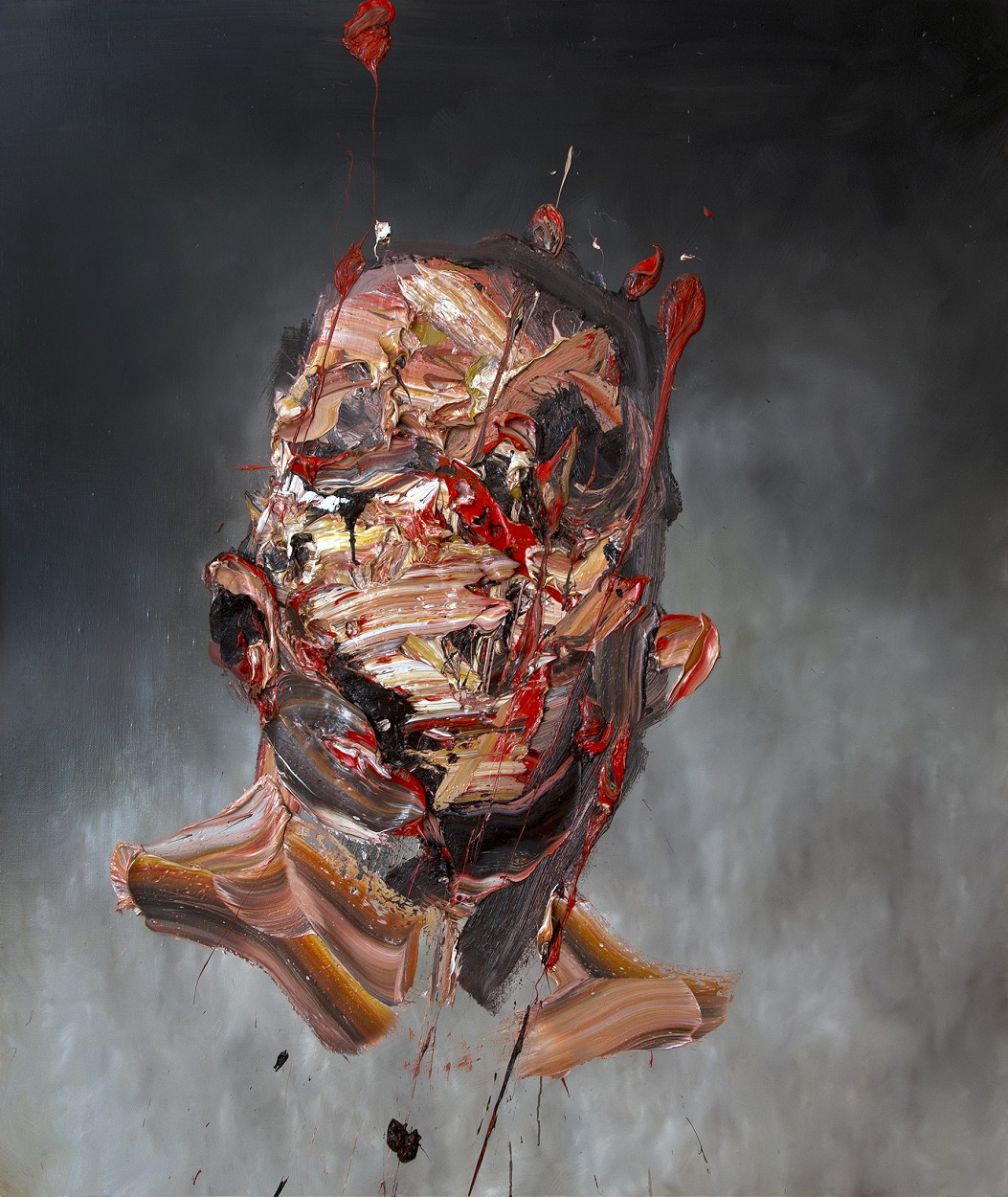 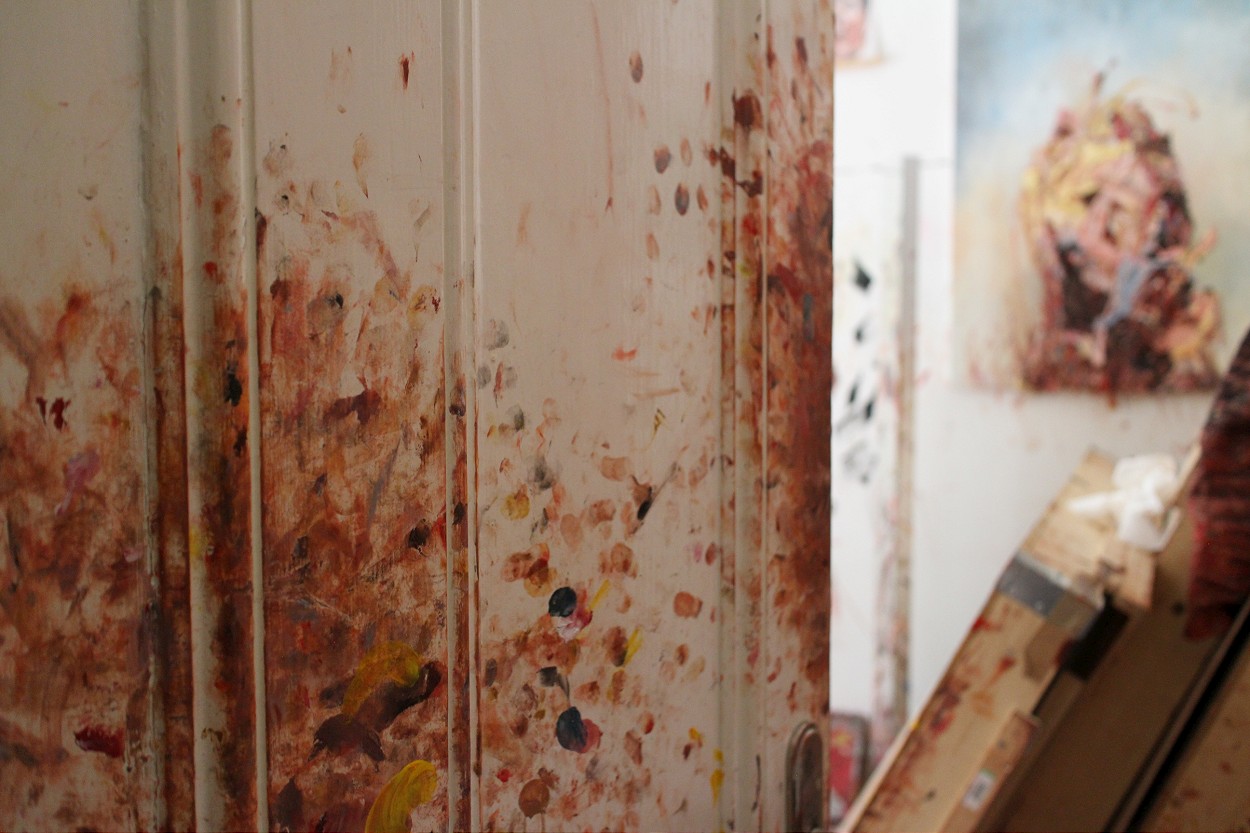 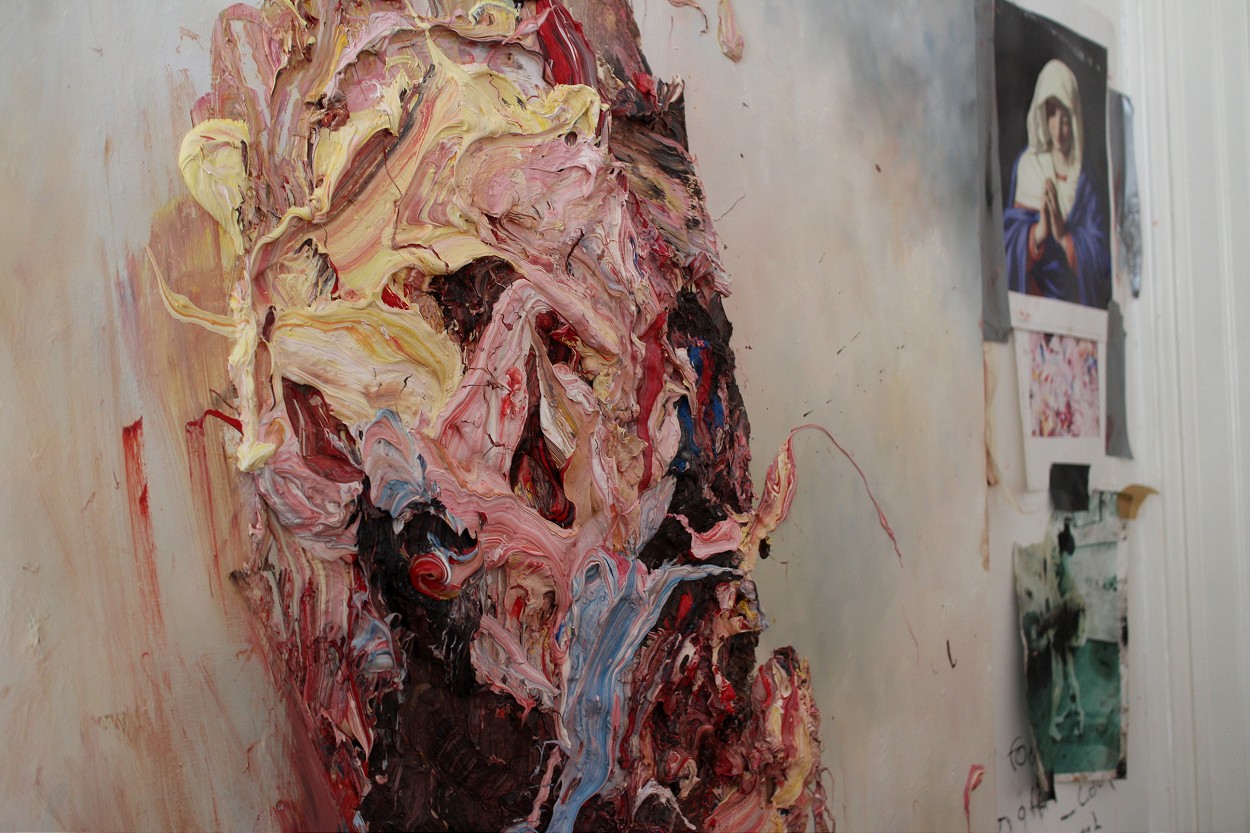 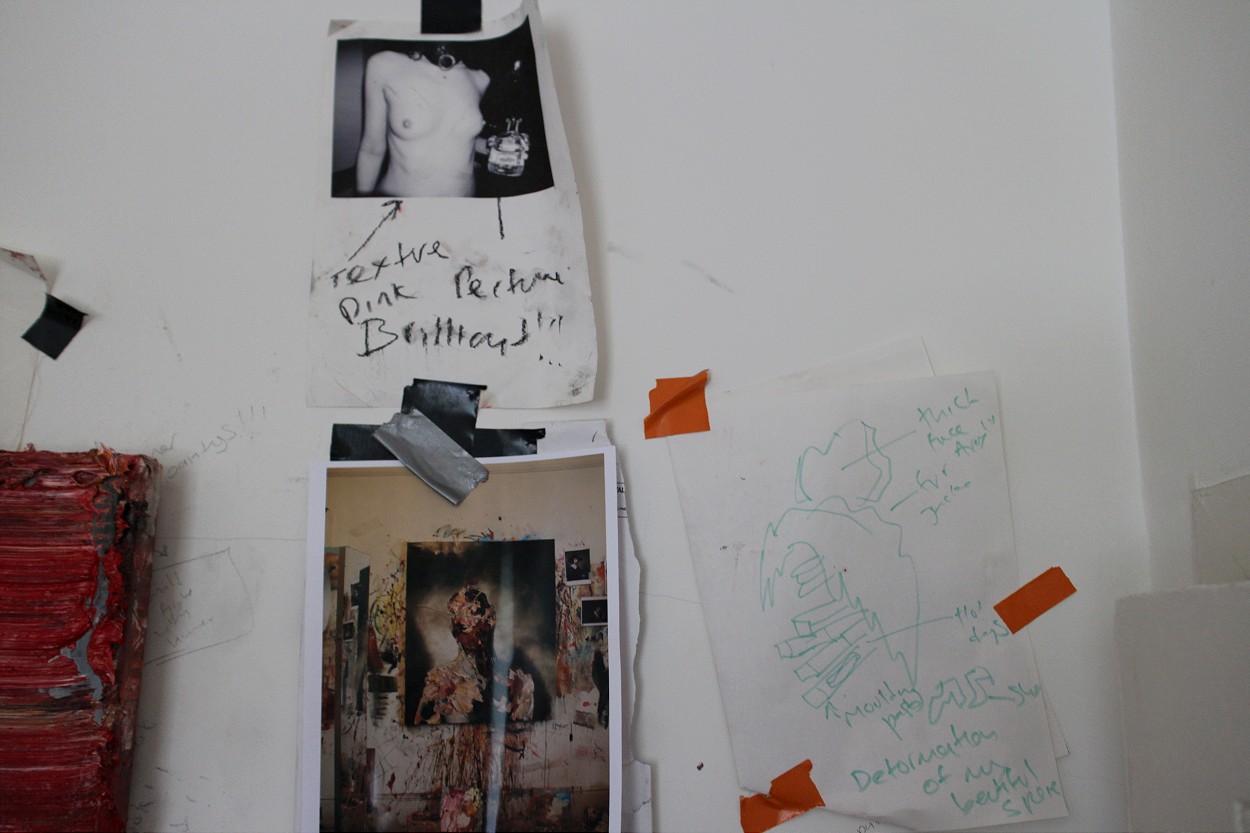 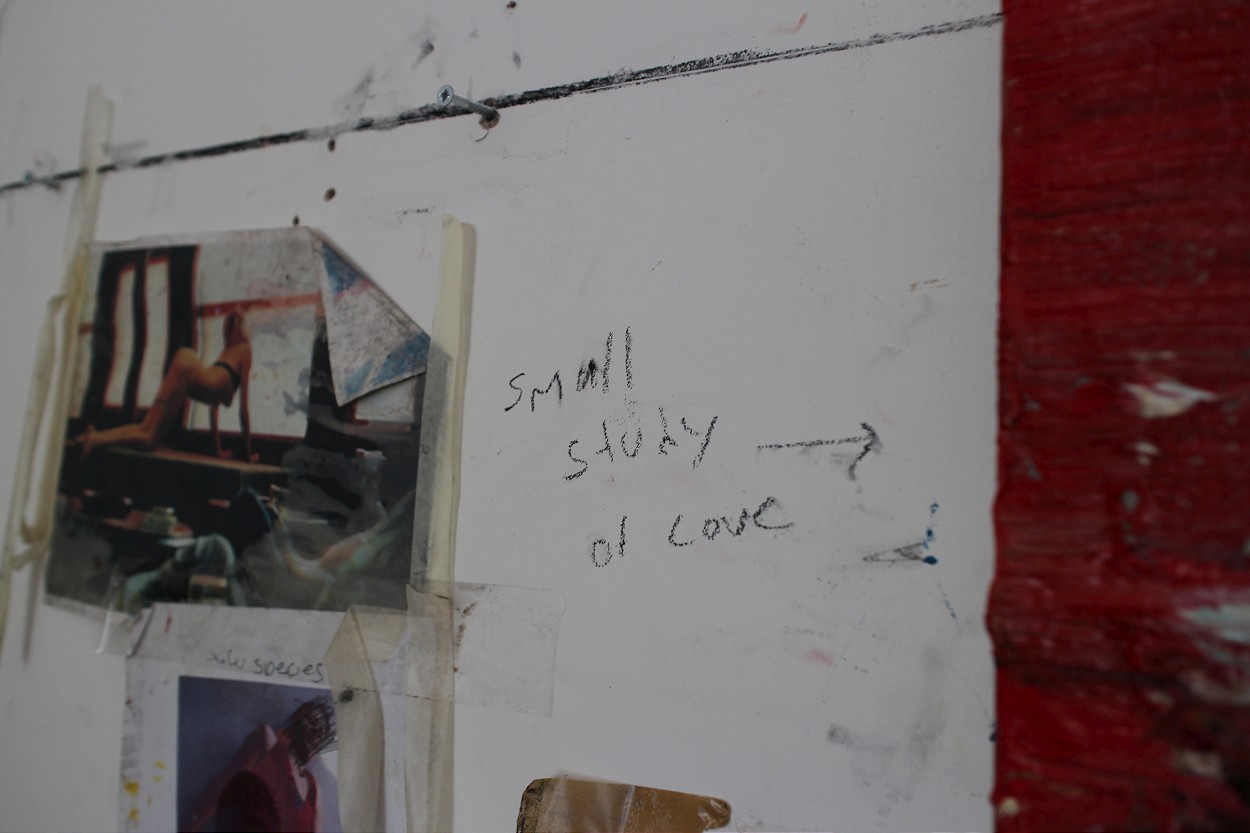 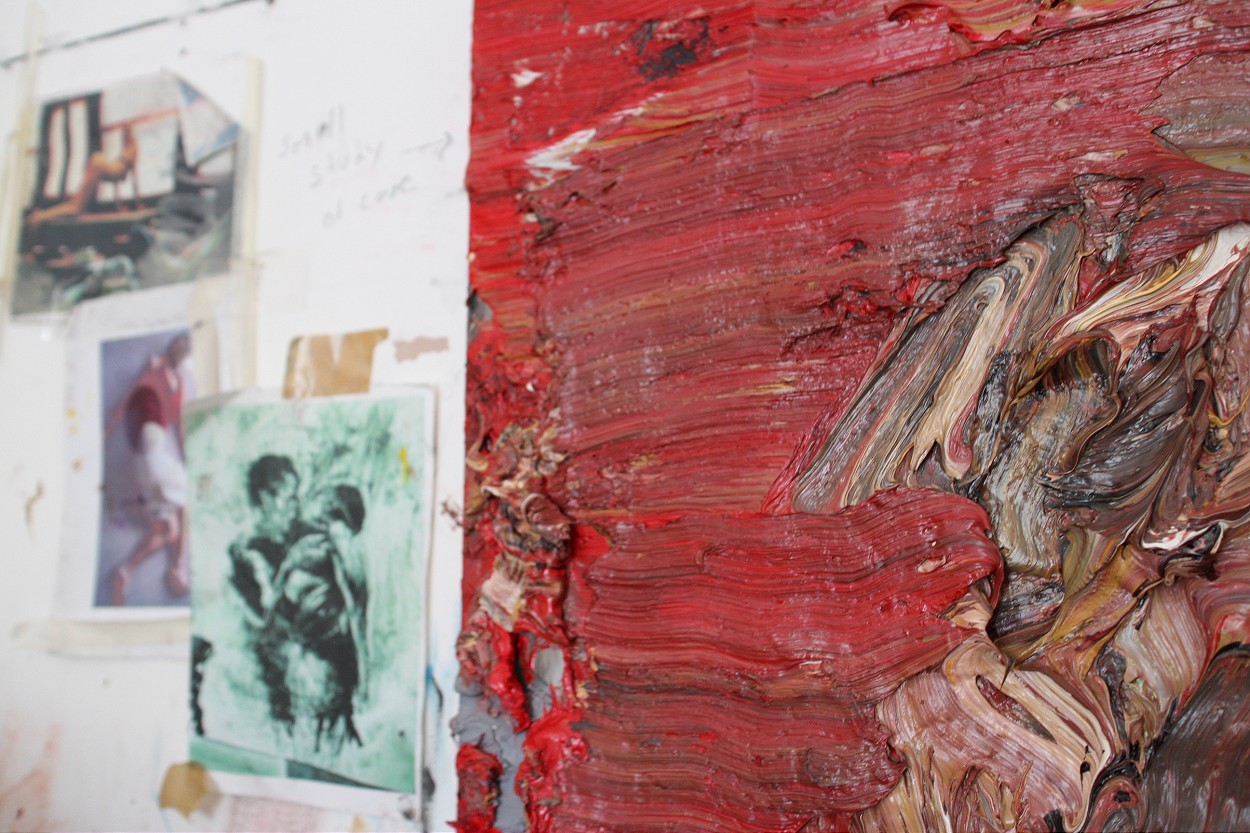 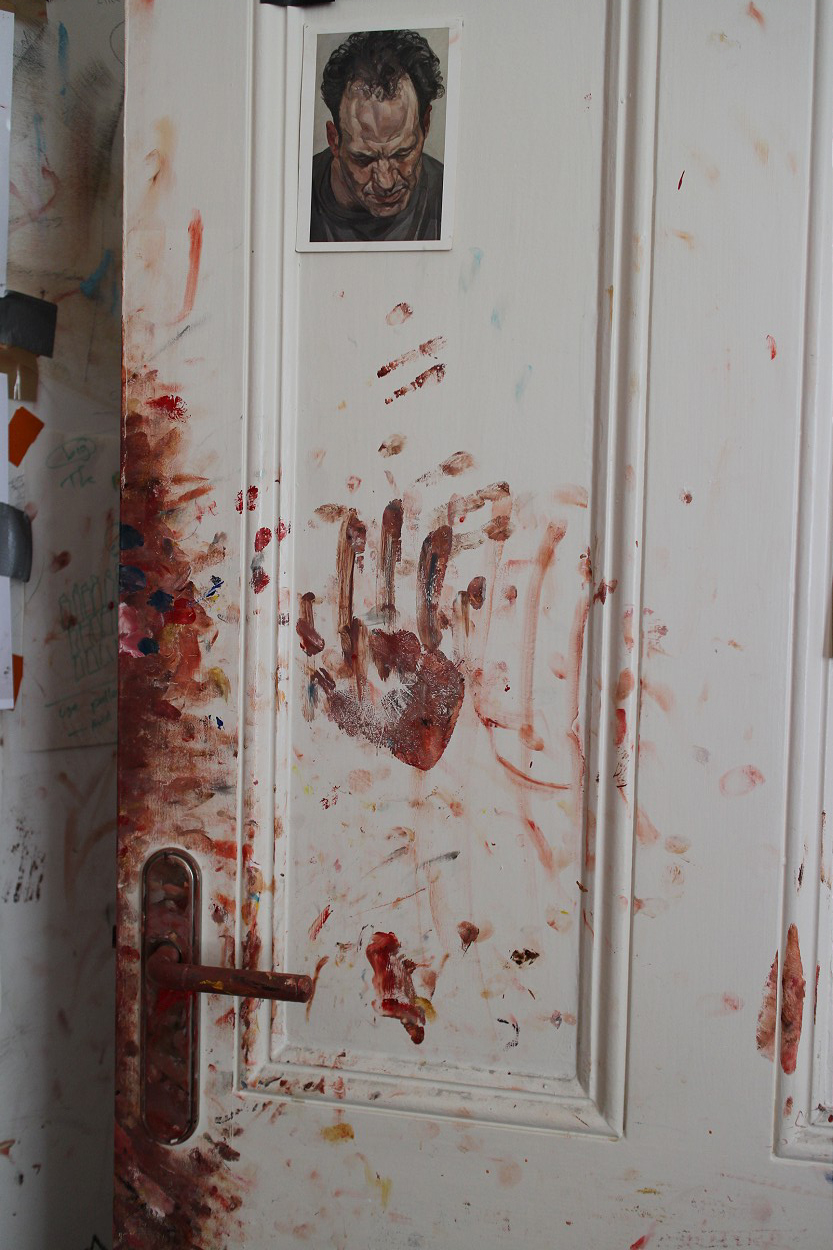 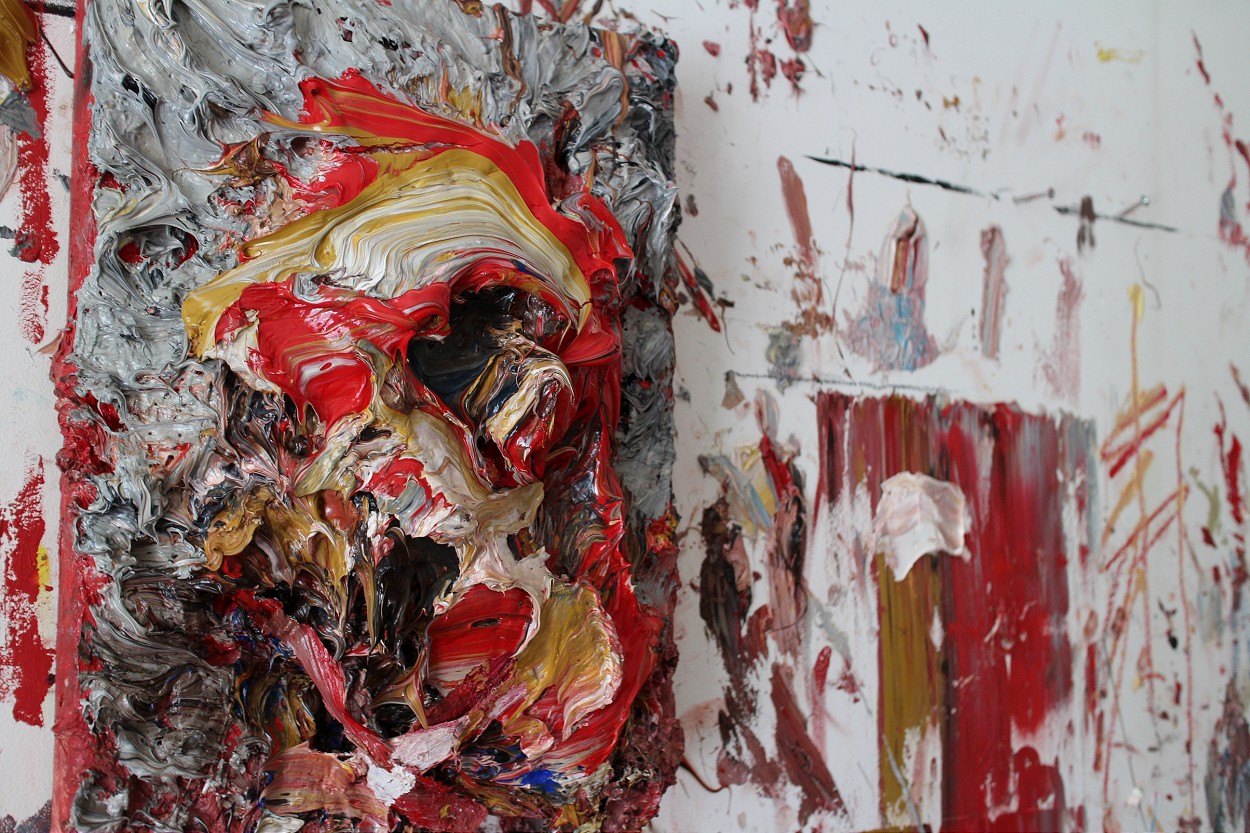 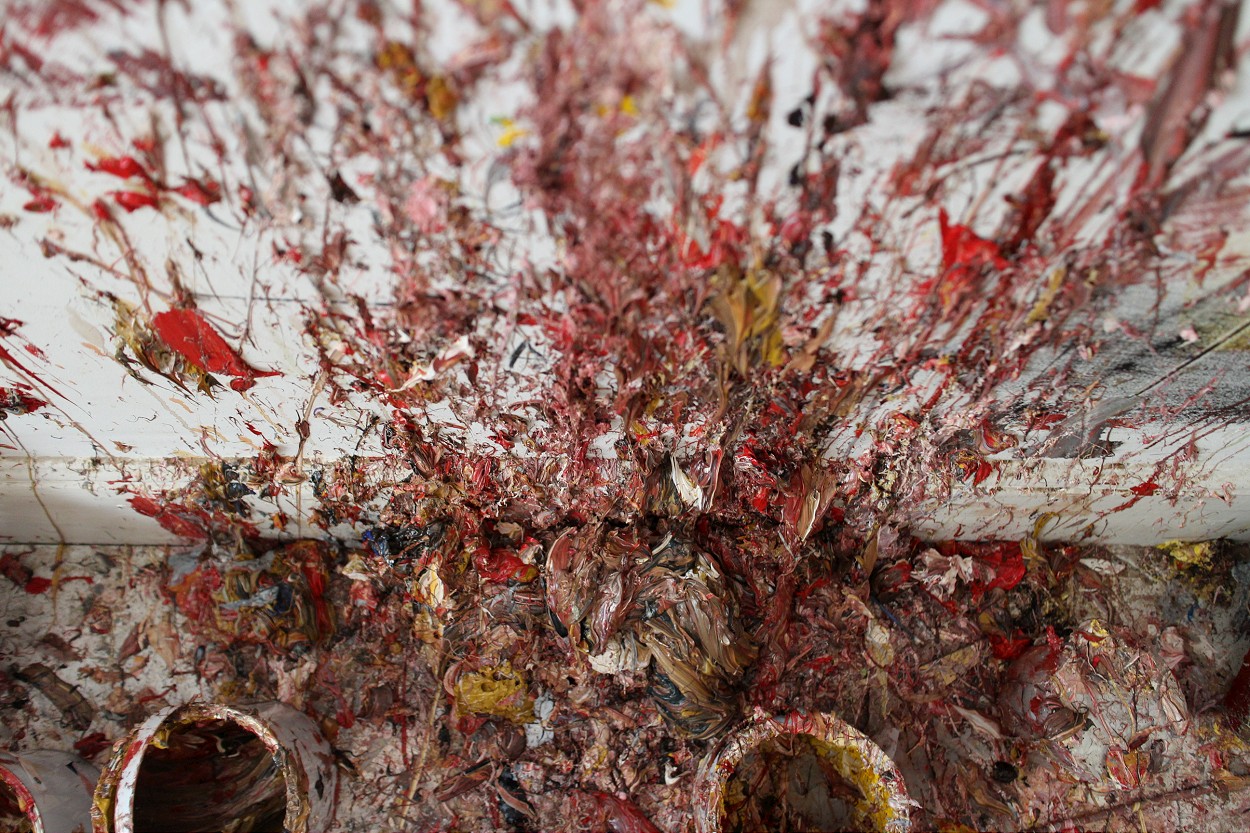 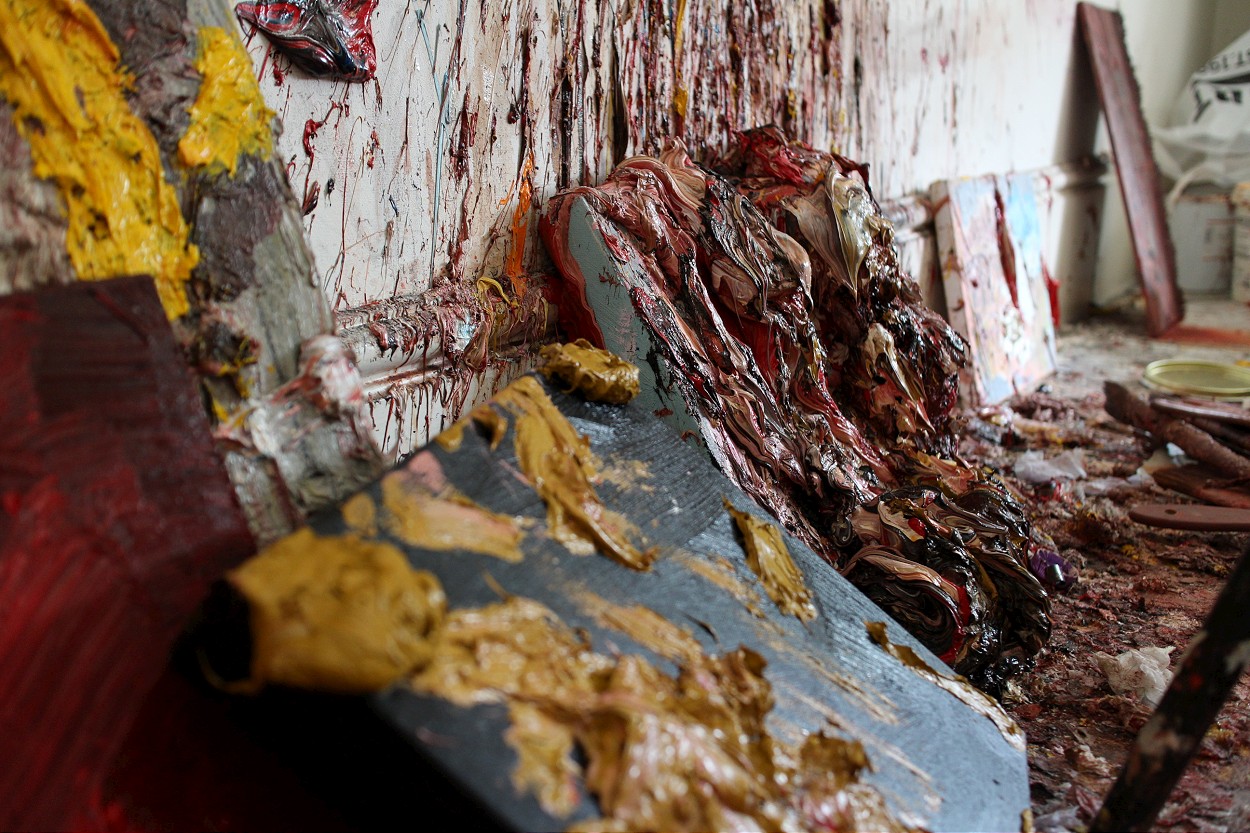 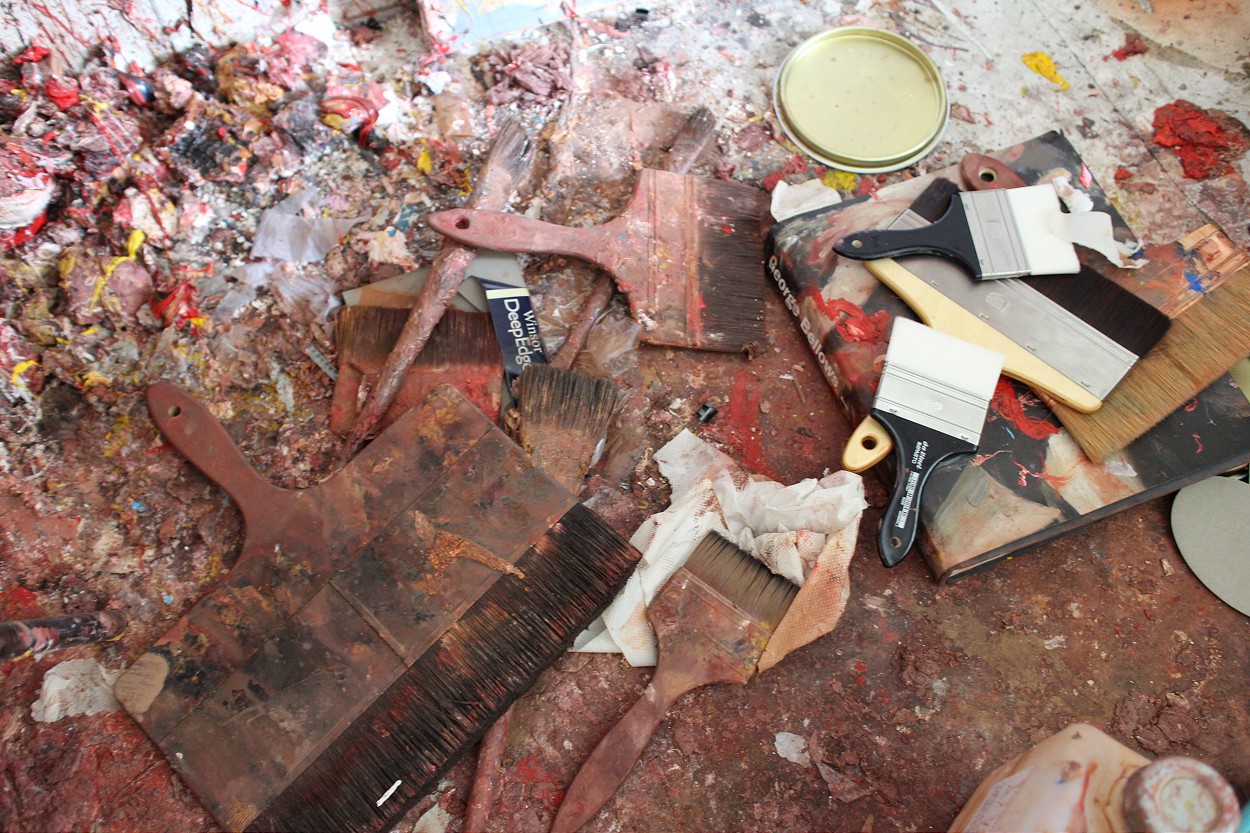 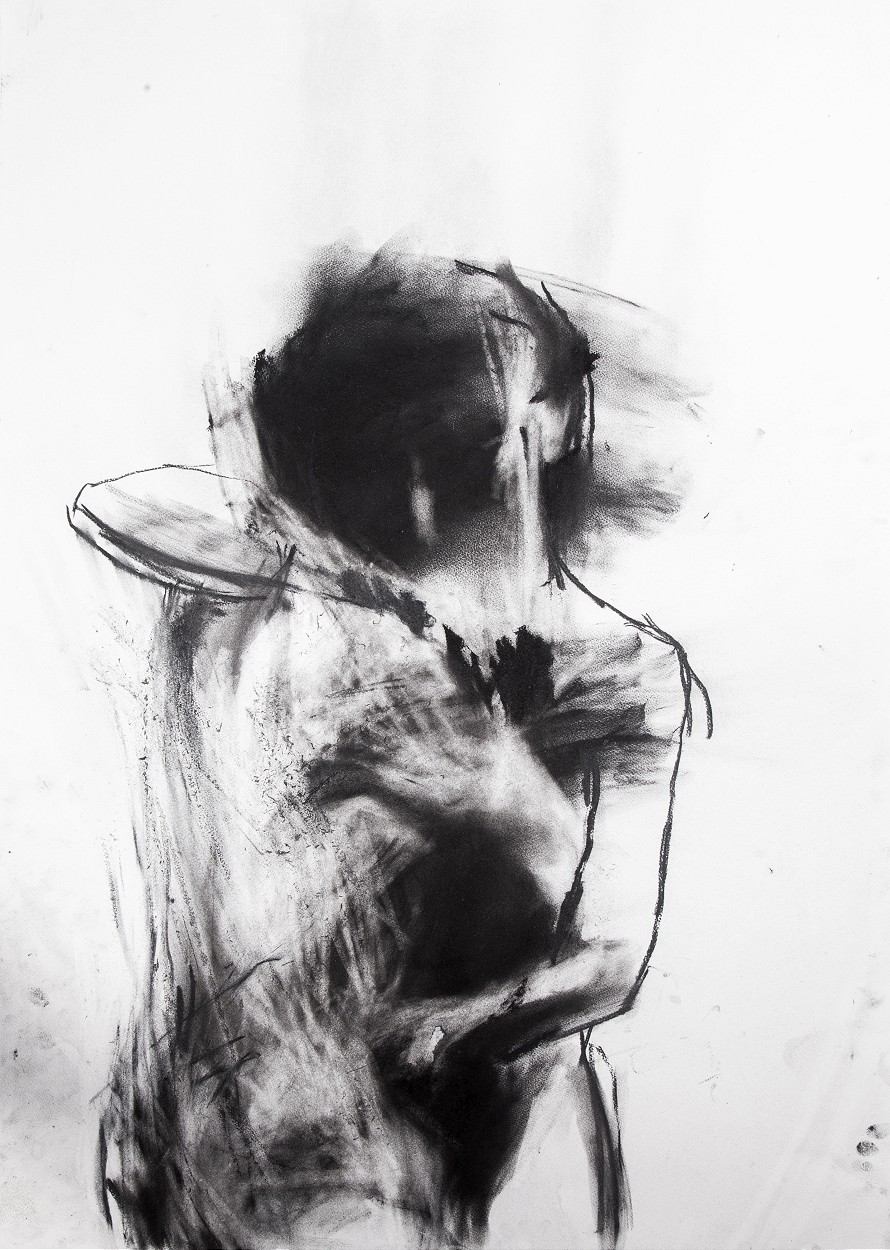 We visited Antony Micallef at his studio in London's Notting Hill a few weeks ago, interrupting his work schedule that was fully in the swing. It has been a few months since he finished work for his "Raw Intent" solo show with Pearl Lam in Hong Kong, and after a much needed break, he was more than ready to start creating again.

There is always this period of silence, almost lethargy after a big show. After months of preparation, long days of work and chasing deadlines, a few weeks of rest are necessary before getting back on track. But, as Anthony explained us, this can be tricky - after certain period of time a level of anxiety starts kicking in and a feeling of insecurity starts lurking over his shoulder. After so long without producing, he says he's almost doubting if he "still has it", and if he be able to create work in the same way. But after couple of days locked inside his inspirational space, things usually settle back as he puts on his crusty, paint covered work uniform and starts manipulating insane amounts of paint.

Using all kinds of tools and techniques to apply it to the canvas, constantly discovering and developing new ones, Micallef often lets the material decide the direction of the work. Sometimes this makes the process go really quick, and sometimes its slows things down and can take months until he gets to the point he feels is right. There are just no strict rules or formulas by which the pieces are done. Heavily textured the new paintings take weeks before they are ready to ship. Sometimes still mushy, they can be packed and shipped as soon as the oils develop a non sticky layer over the drips and clumps that are forming the abstract self-portraits he's been creating recently.

Interrupted by news about the presidential race in US, which has been seriously occupying his mind lately, he showed us the latest of his Trump pieces painted on cigarette packs. Mixing the existing warning text with a portrait of the much hated "politician", Micallef is expressing worry and concern about things getting this far. Since our visit these pieces went viral and surely did their part in giving Donald the image he deserves.

The bigger paintings Antony is currently working on are destined for his upcoming solo that will be held during Art Basel in Hong Kong from March 23rd - 25th 2017. He is also has a few other smaller projects planned for 2017, but none of those are at the stage that can be shared. What we can share, are some exclusive images showing his exceptional studio, a place that obviously doesn't get much visitors, but a place where the real magic happens. Scarred by years of intense art creating, hiding countless personal treasures, we're humbled to have Anthony let us have a good, long look inside and tell us little about whats happening in there. —Sasha Bogojev