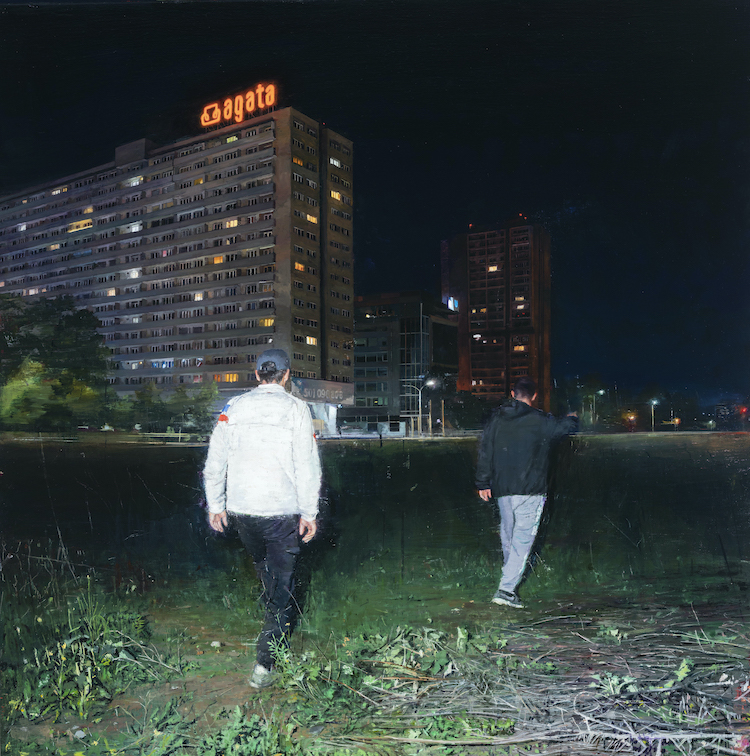 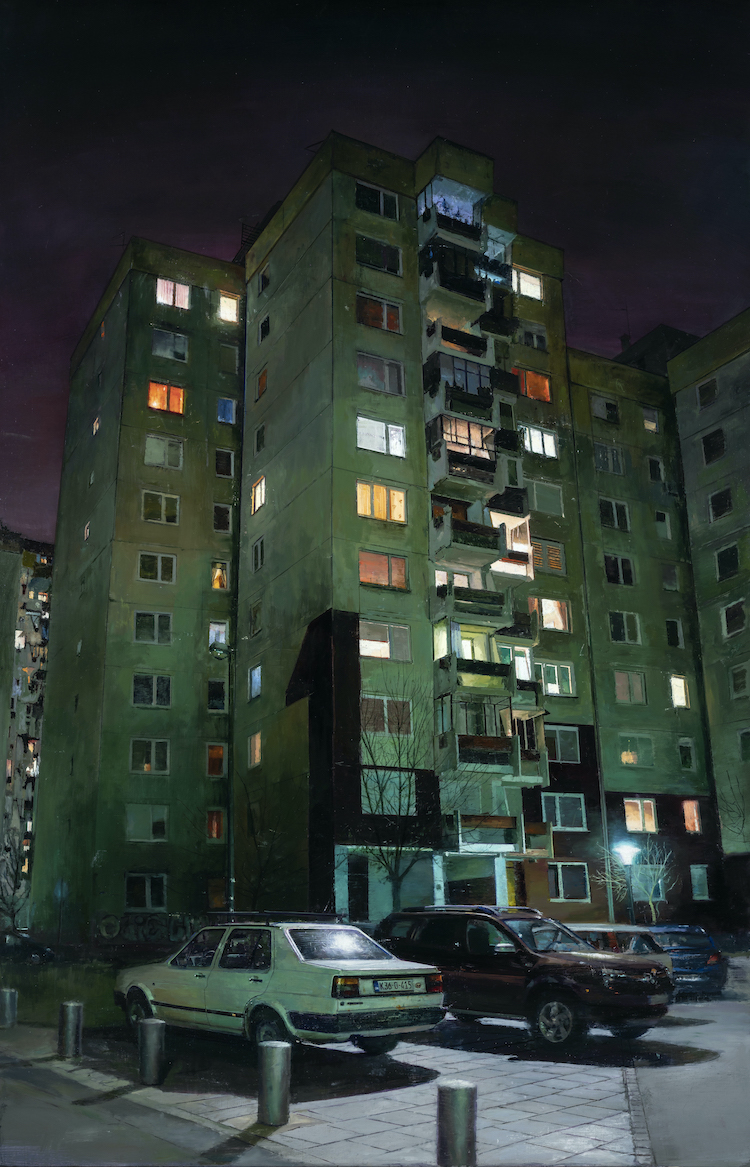 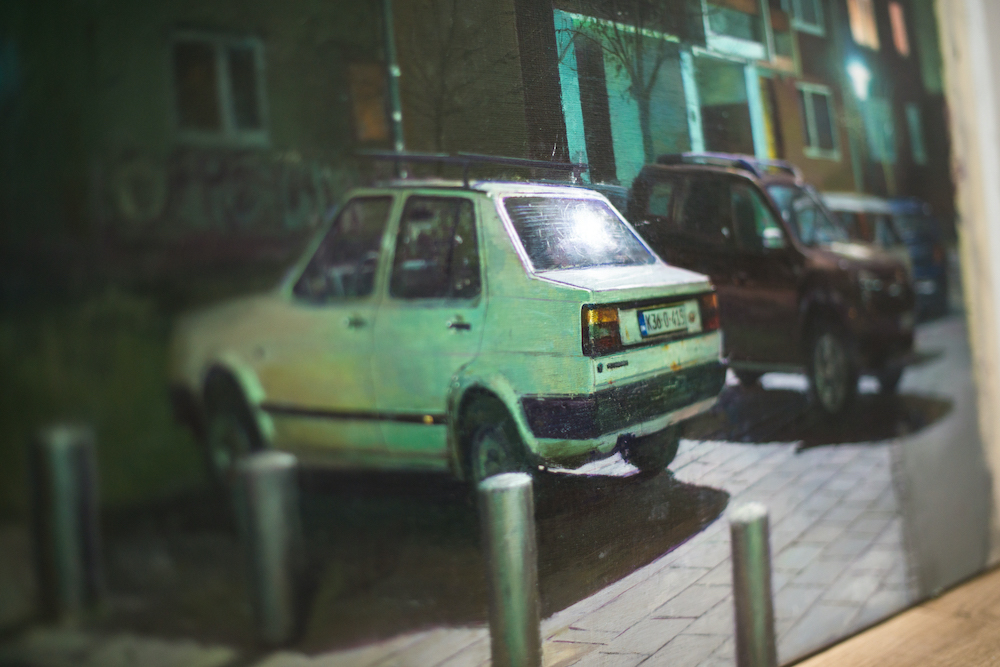 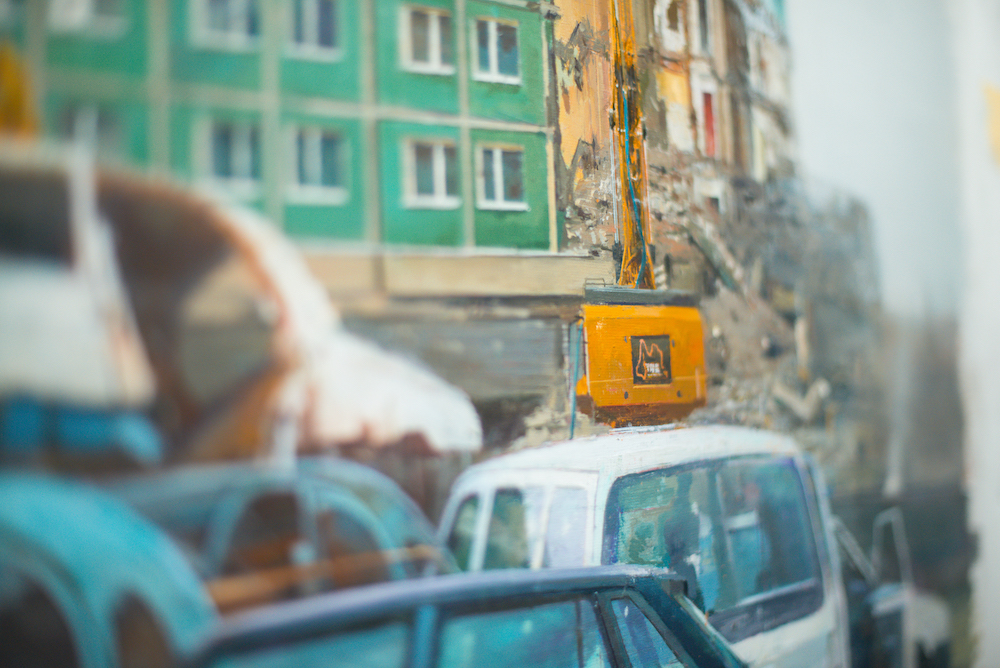 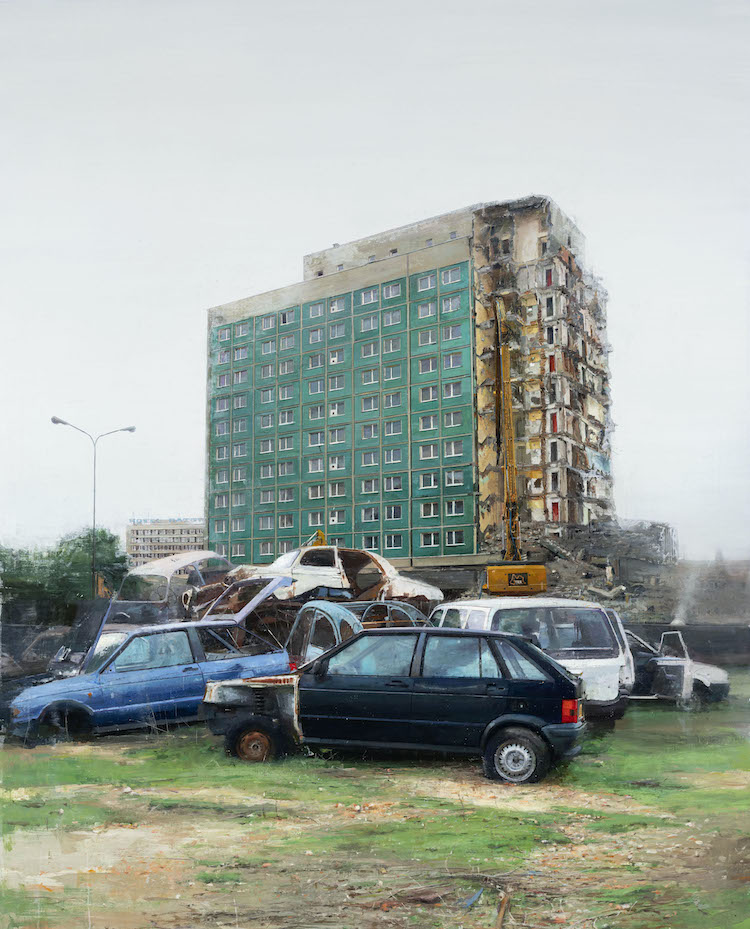 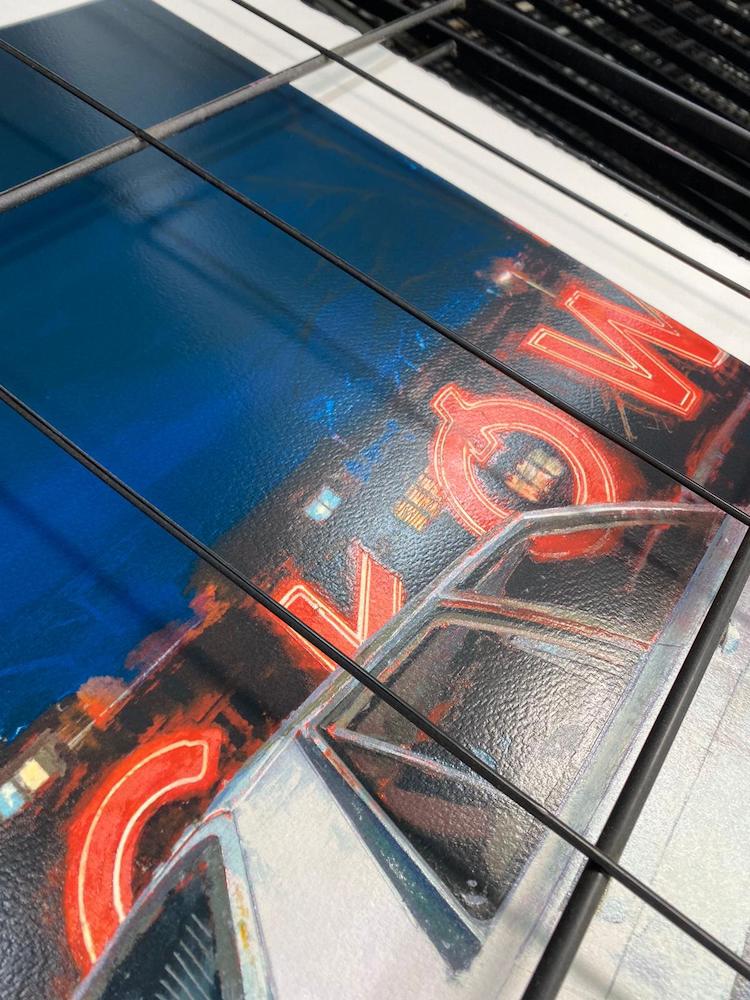 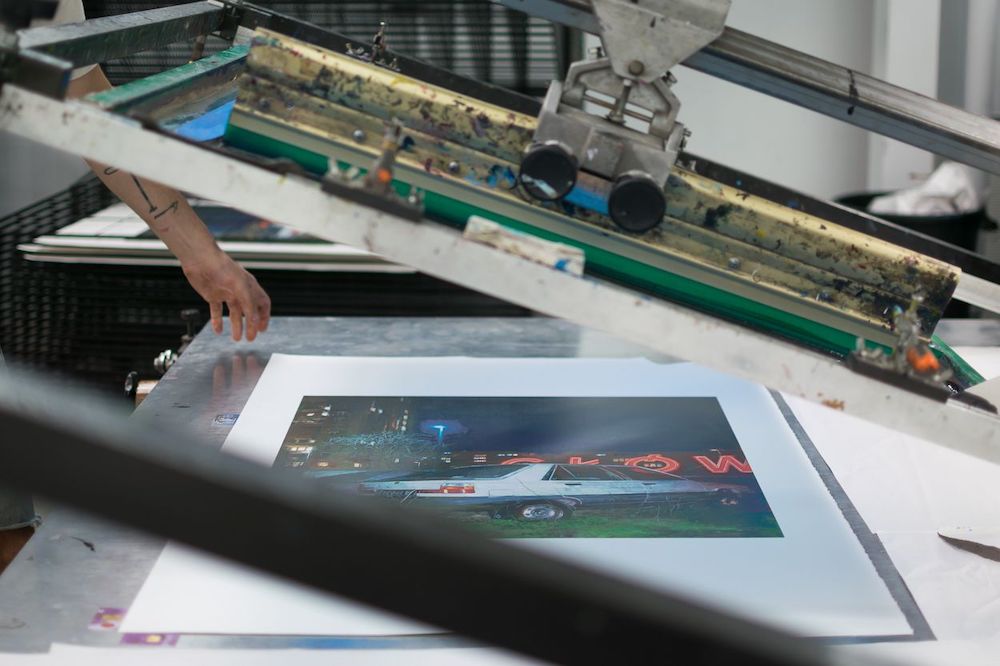 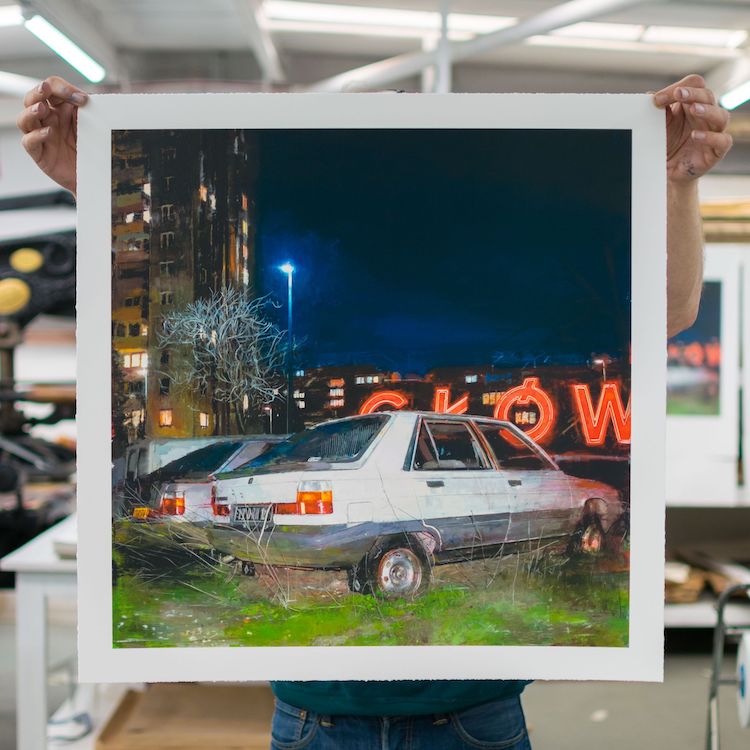 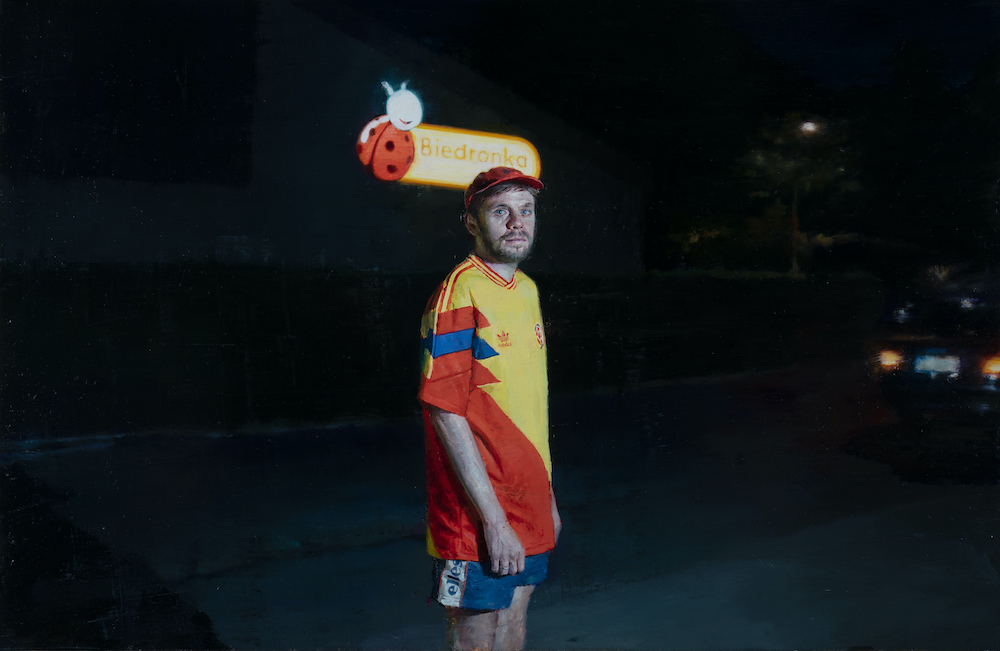 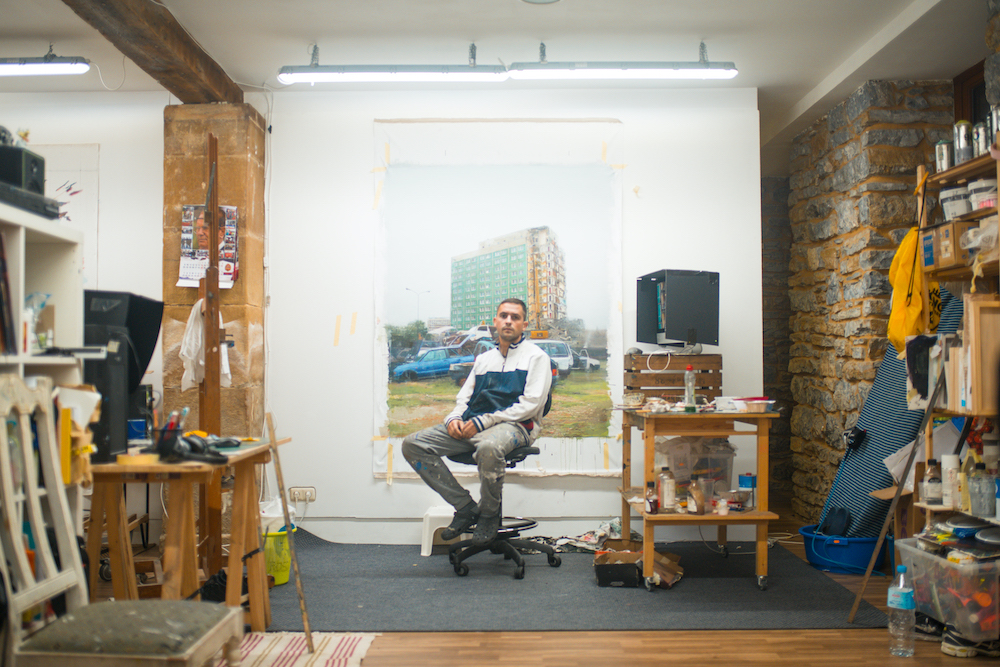 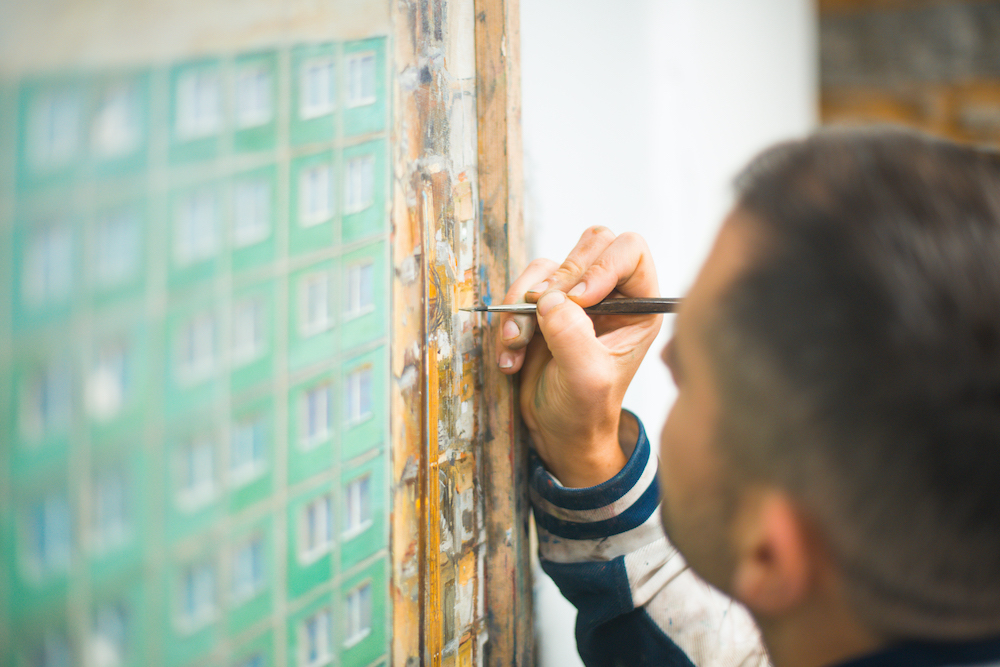 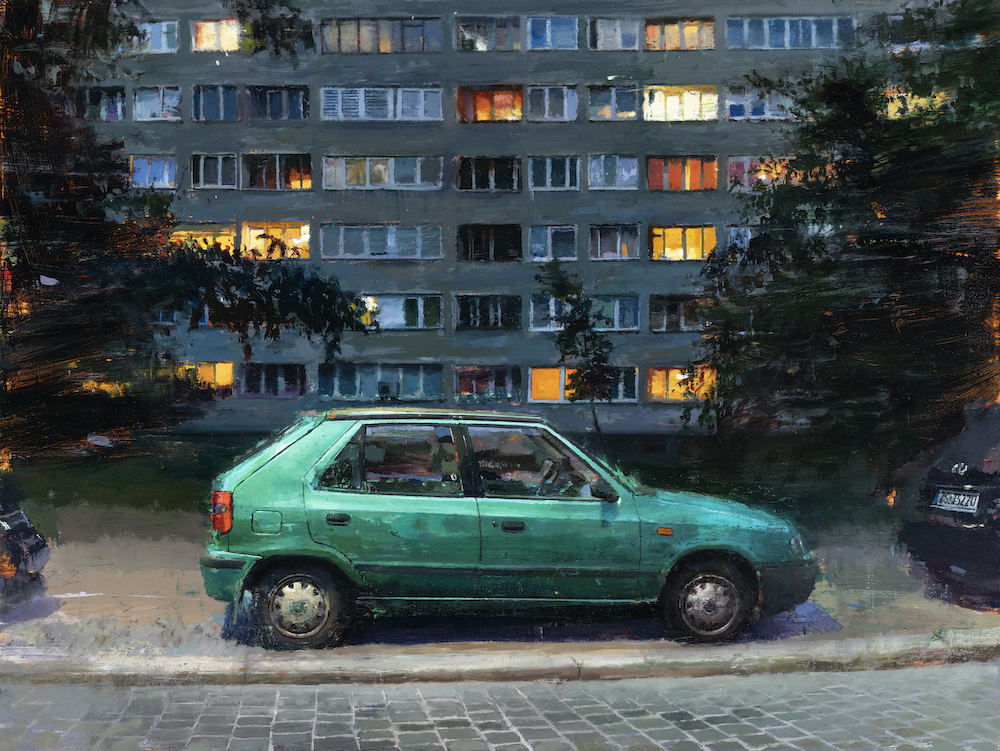 I have been lookin a lot at the works of Charles Sheeler, the early and mid-20th century American painter and photographer who focused on US architecture and industry. His buildings were often marvels of steel and concrete, minimalized to bare essentials of shape and mass and devoid of humans. Things didn't quite feel manmade, almost alien and stark.

His works have come to my attention as I have been looking at the works of Spanish painter, Sebas Velasco, who will open a new solo show of works, A New Error, in London from October 14—20th. His work focuses on architecture, obviously a different era and place than Sheeler, but there is a feeling of isolated structures in his paintings. There are flourishes of humanity, automobiles that seems to still have the keys in the ignition, and some of the work that focuses on the night, people began to emerge from the apartment blocks. Life begins to take shape. The motionless and almost inhuman structures start to hum with distant light and life. That reemergence is central here.

"The works are inspired by the freedom of travel and the isolation we all shared the past year, with artists adapting their process to painting at home," Sebas said of his work. "The iconic structures are juxtaposed with scenes I came across in transit, just getting lost in a country, stumbling across a village or moment in the final hours of daylight. A romantic view of the journey and process, rather than outcome. Others are very small creations, studies I produced while in lockdown."

Sebas speaks of concrete utopias, and the work of Sheeler felt the same, these places that we build that are supposed to represent life and yet they feel lonely. The iconic structrues in former Yugoslavia, Poland, Hungary and Ukraine that Sebas paints came in an era that was different than the industrial boom of America that Sheeler depicted, where hope and man's will was an Ayn Randian story. Sebas' world wasn't a world of hope but Brutalist reality. And yet he paints each with elegance and beauty rarely seen in our depictions of architecture. The contrast is stunning. —Evan Pricco

"A New Error" will also see the debut release of a Sebas Velasco limited edition silkscreen print, based on an original painting on Friday 8th October 3pm GMT. A New Error was produced by London based creative director Charlotte Pyatt