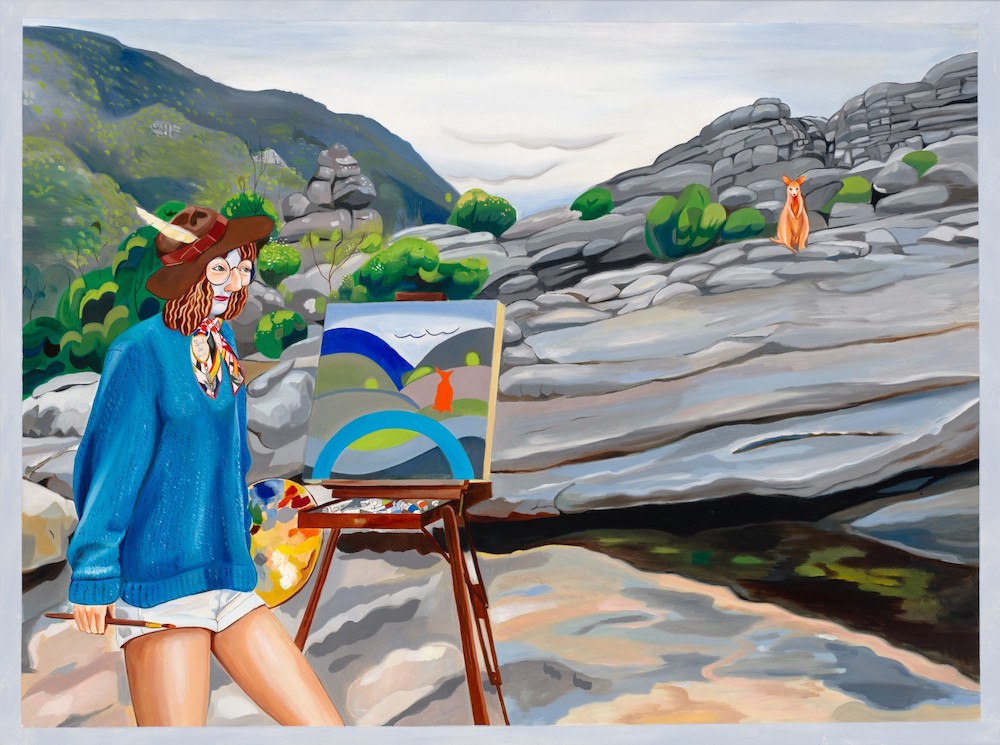 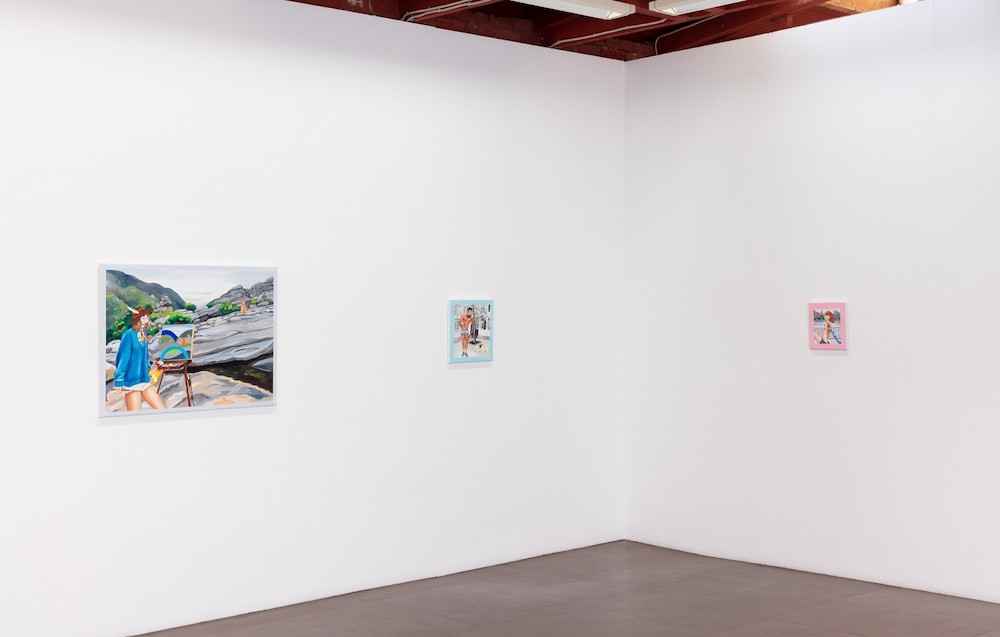 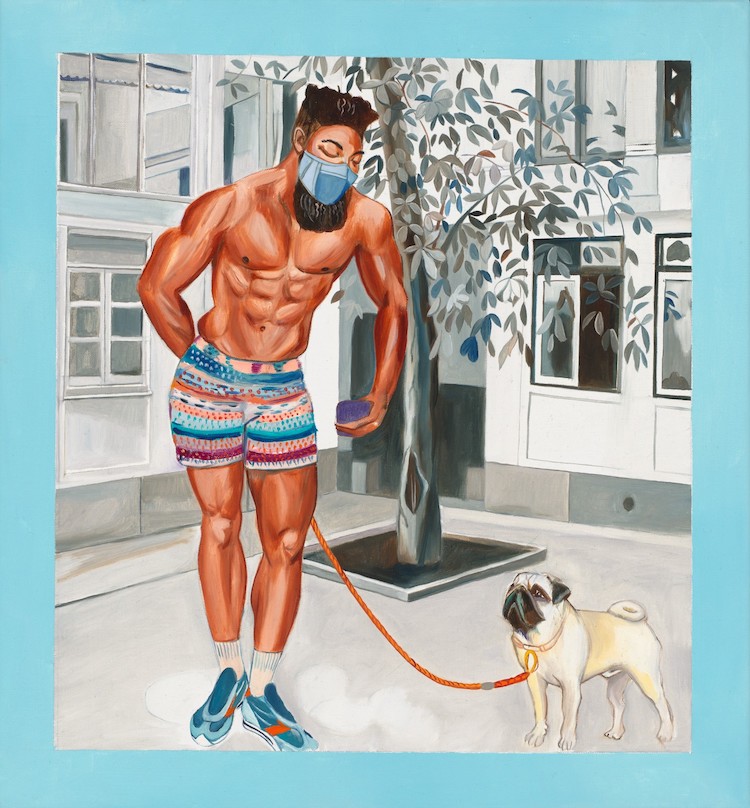 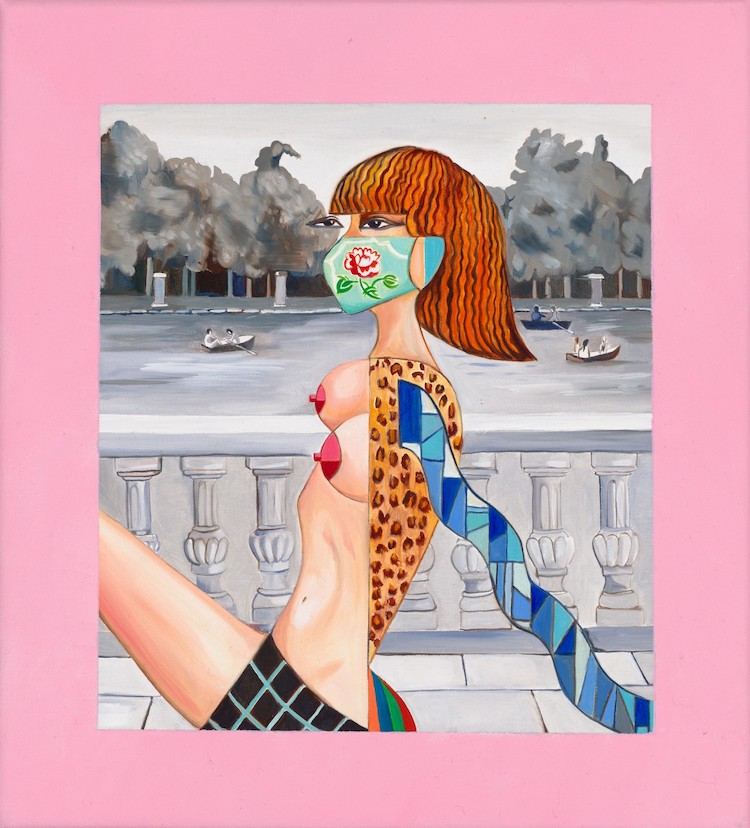 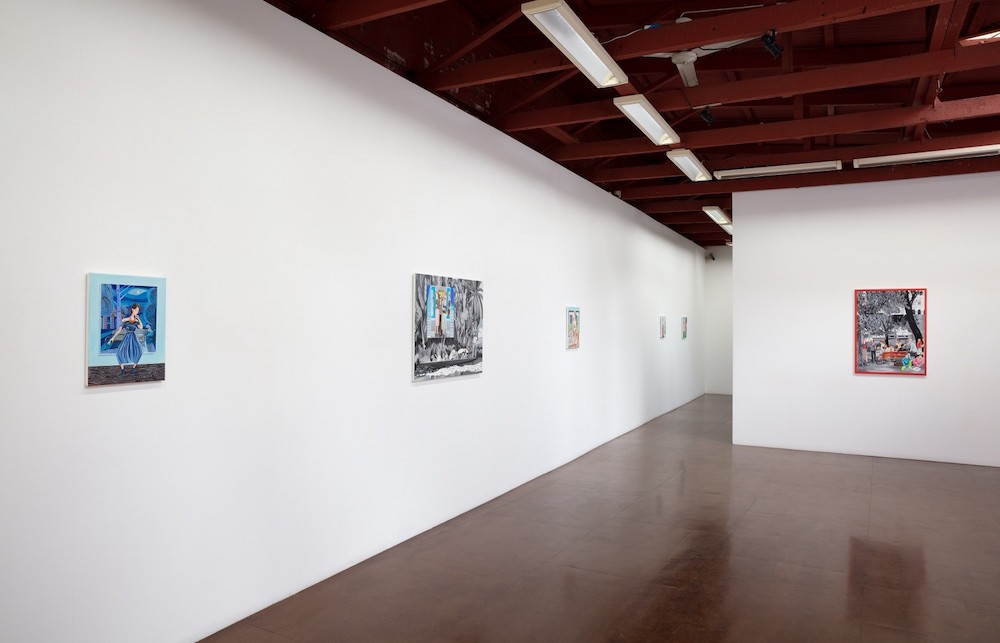 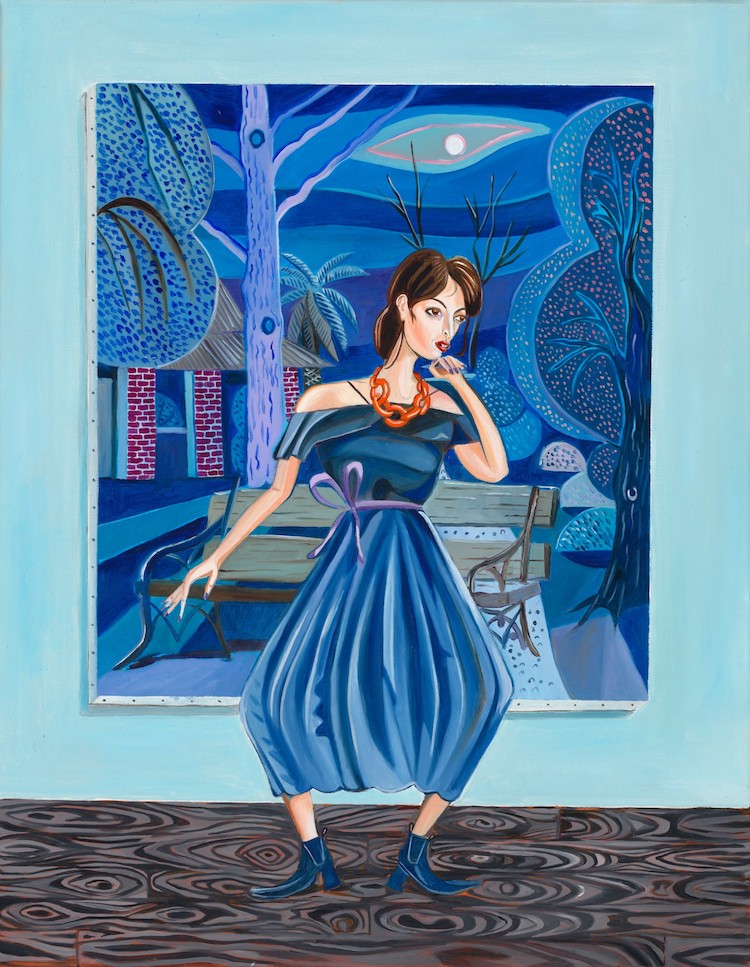 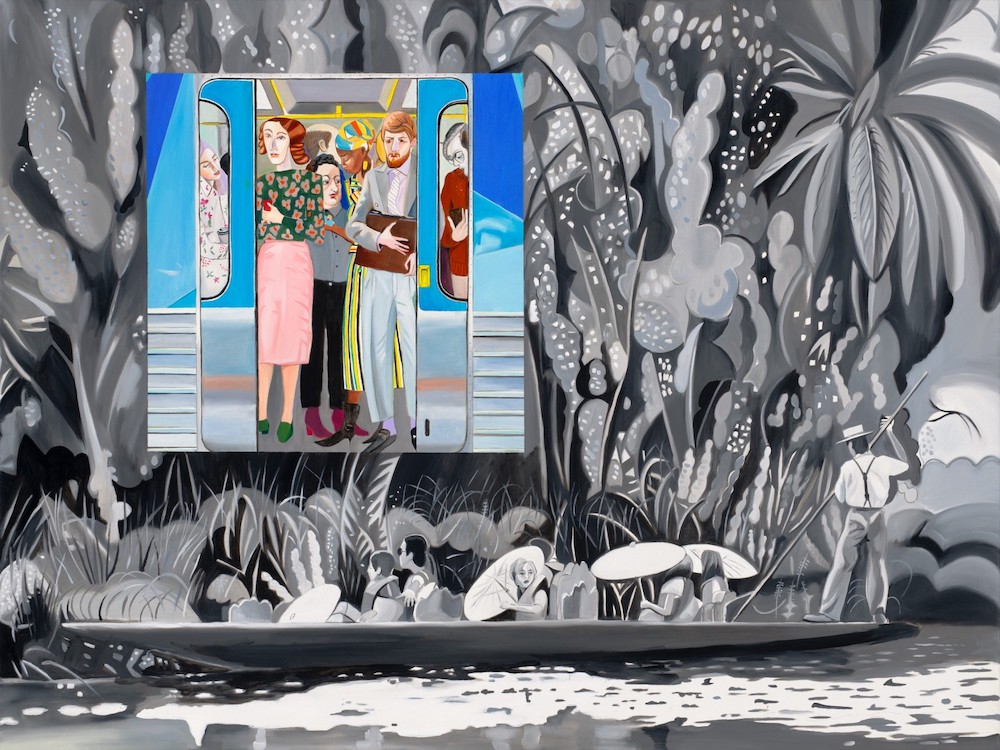 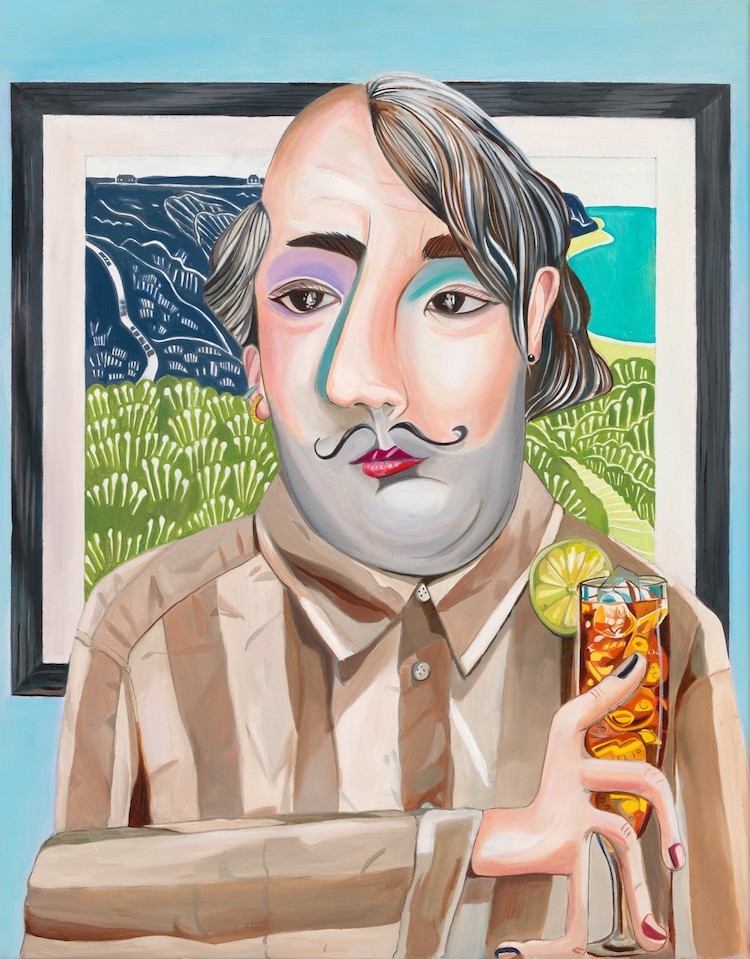 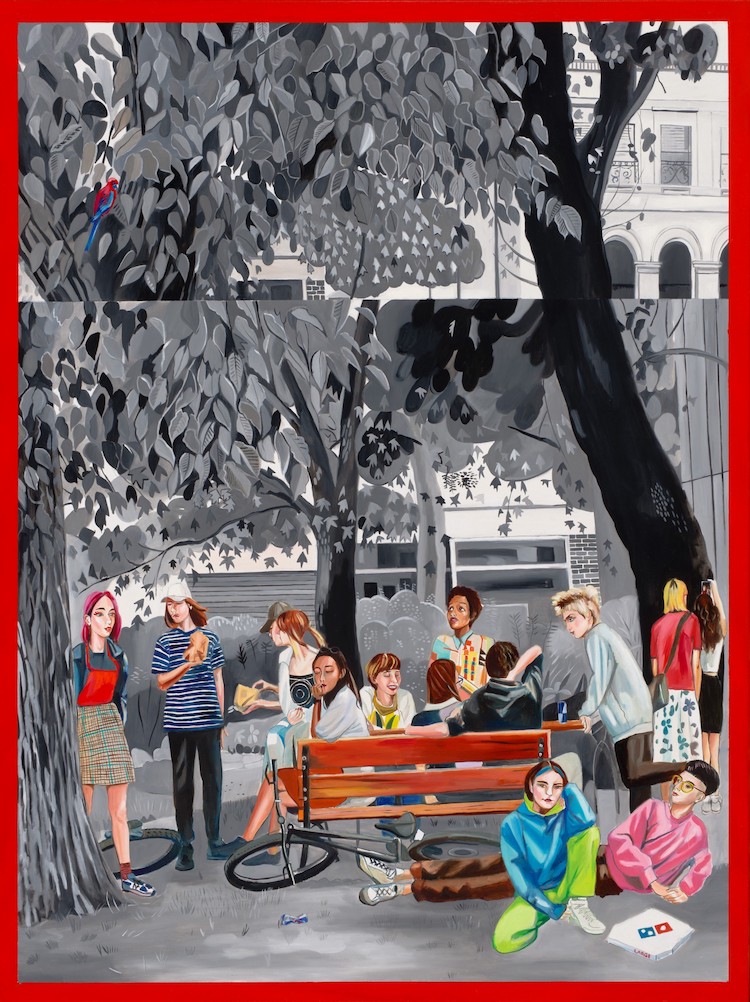 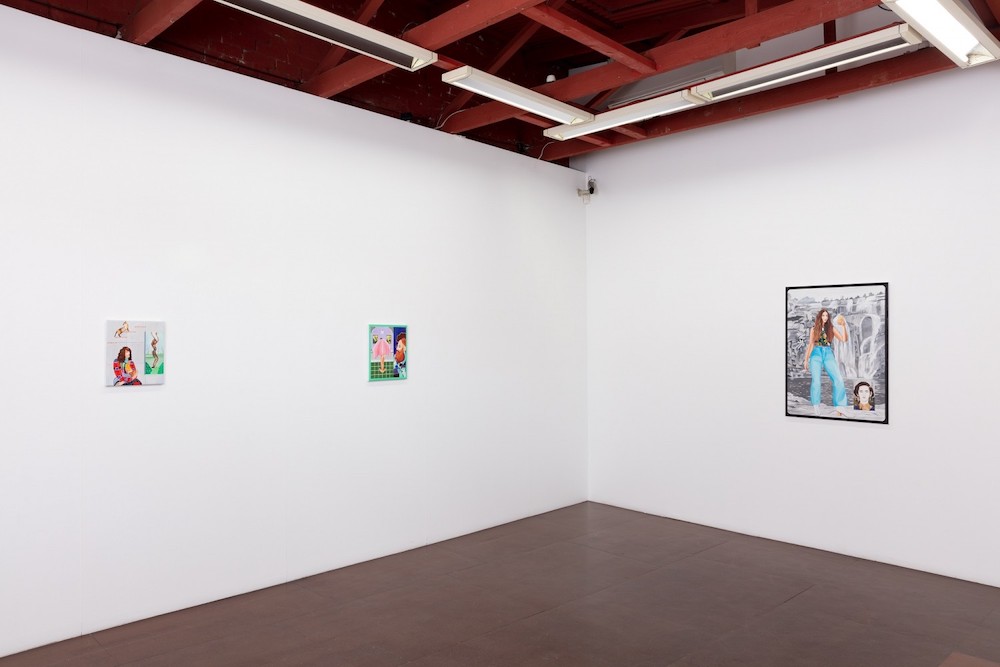 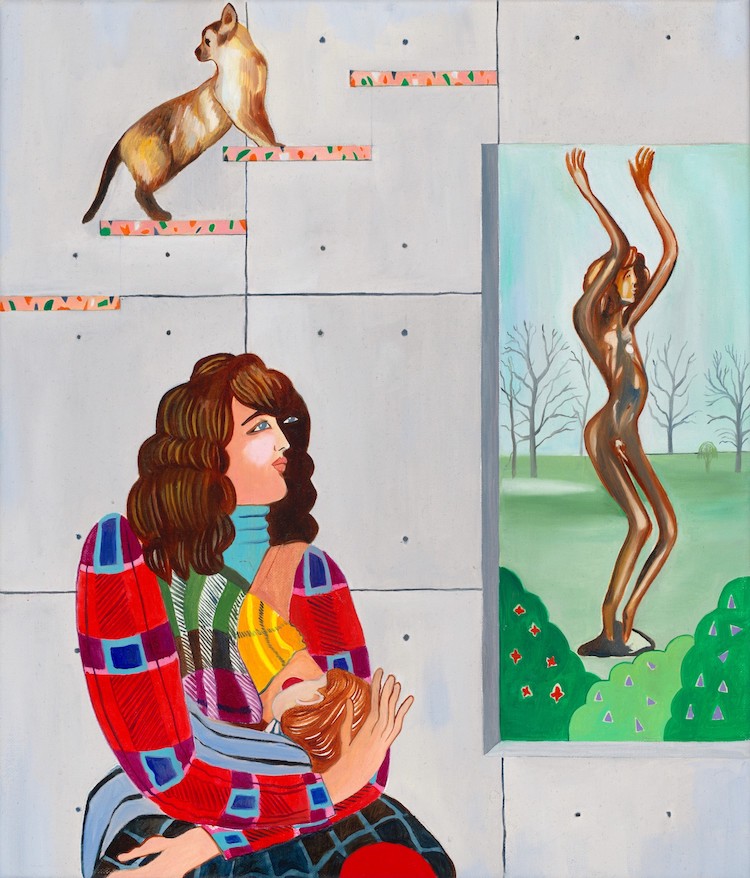 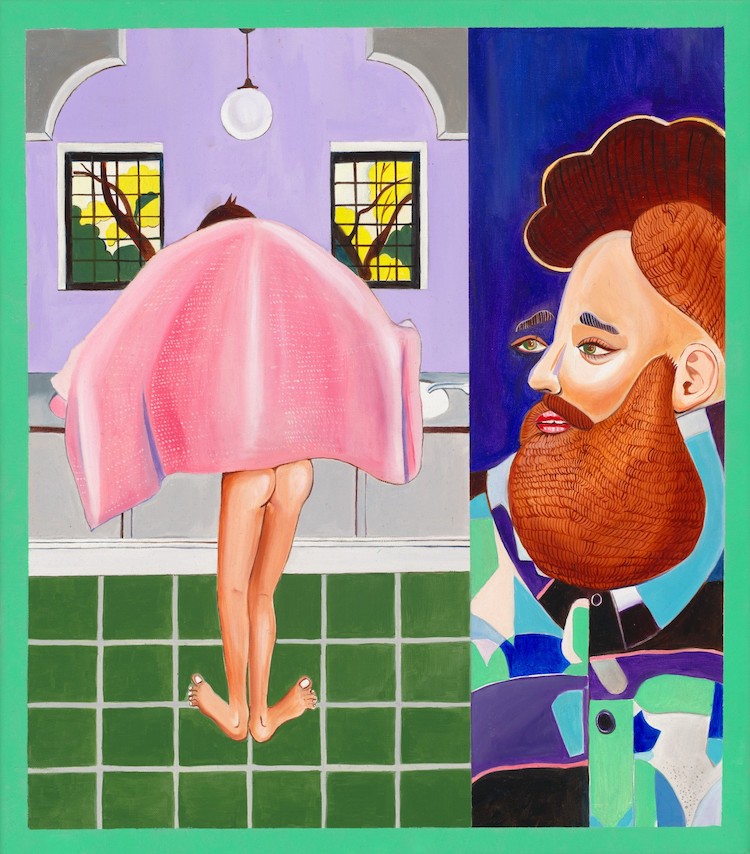 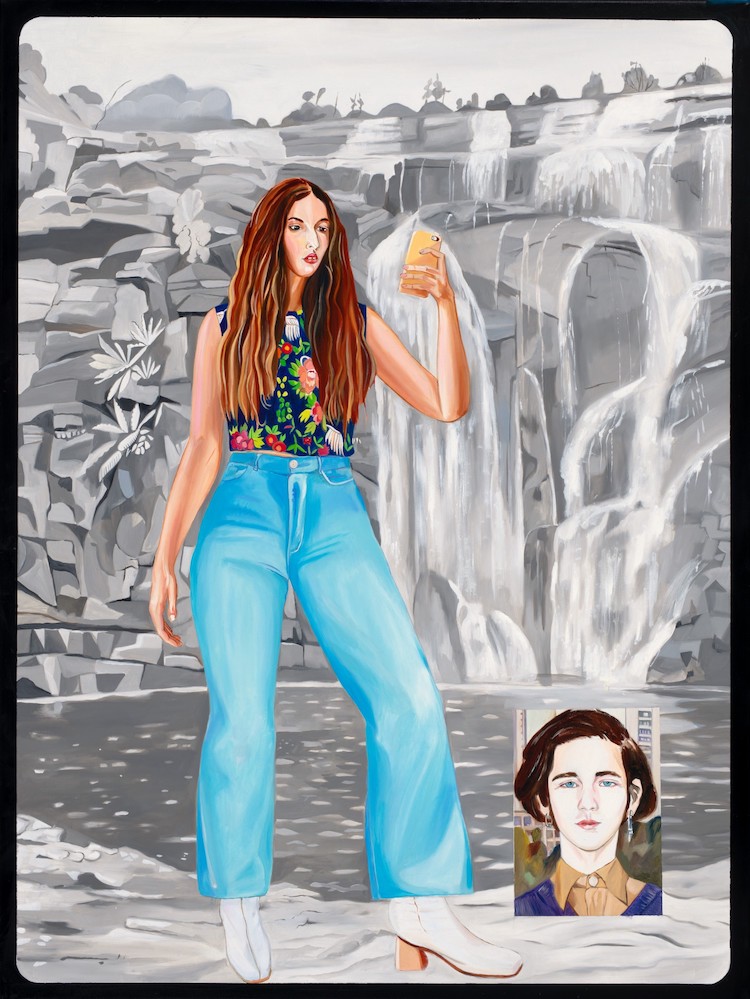 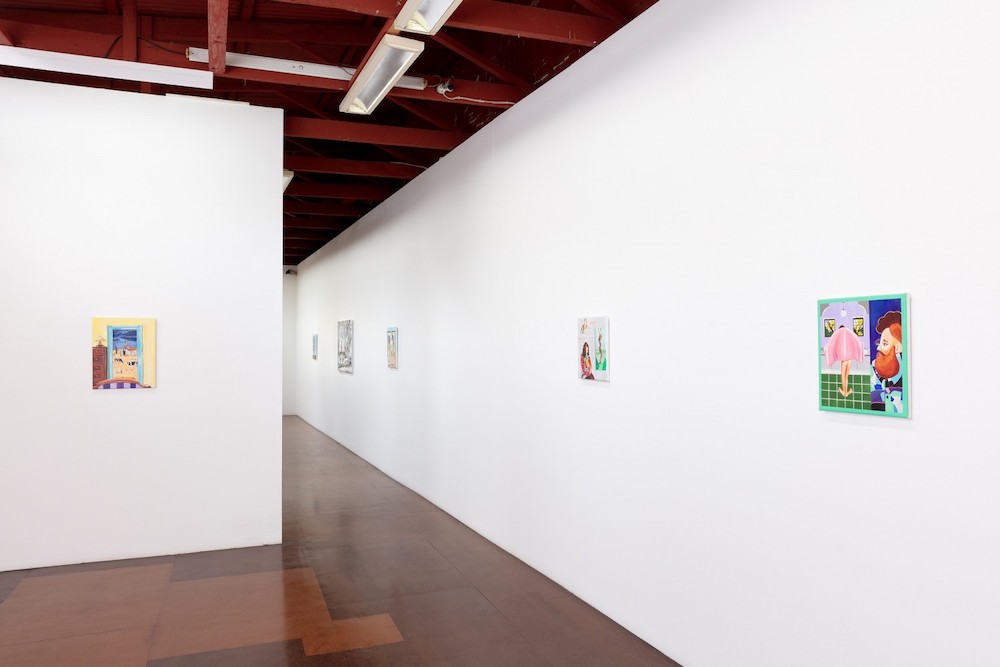 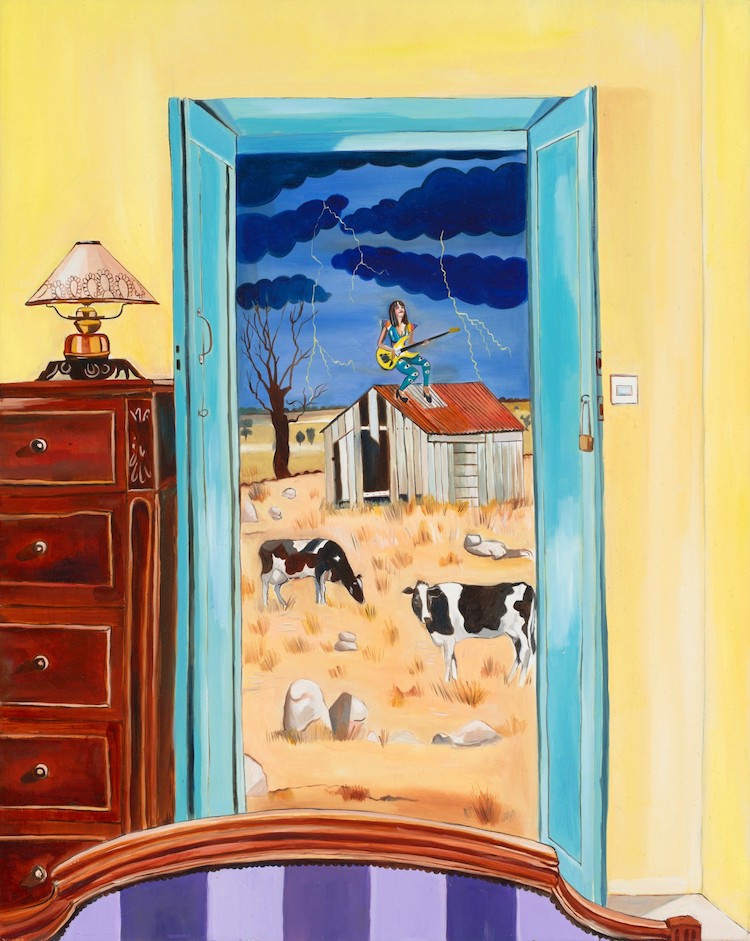 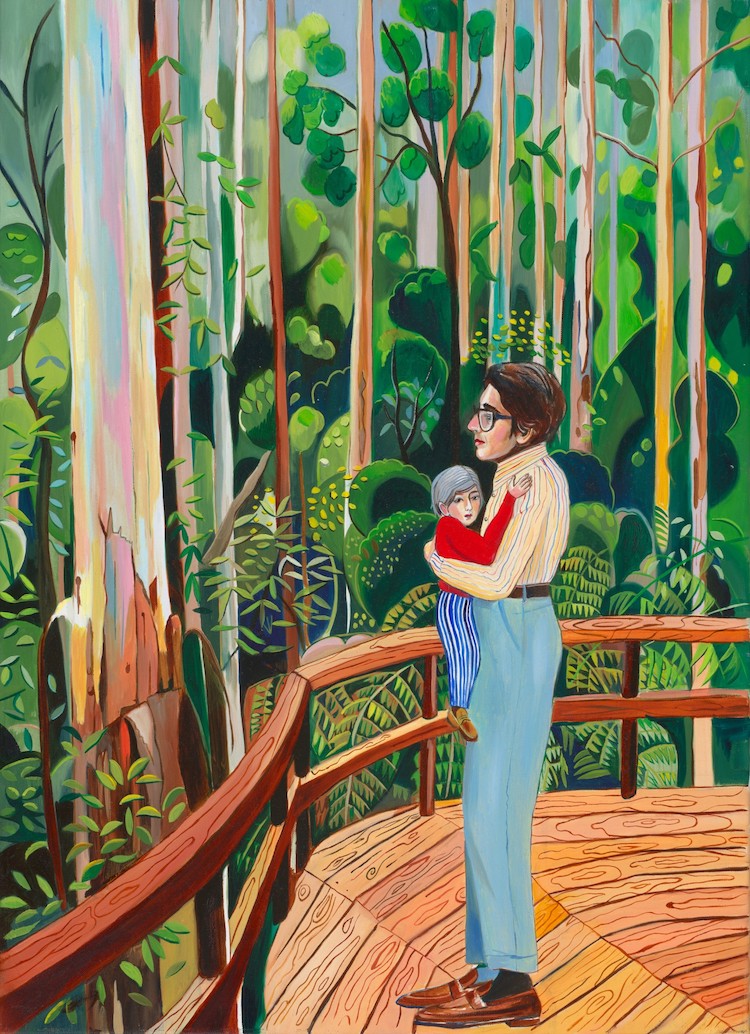 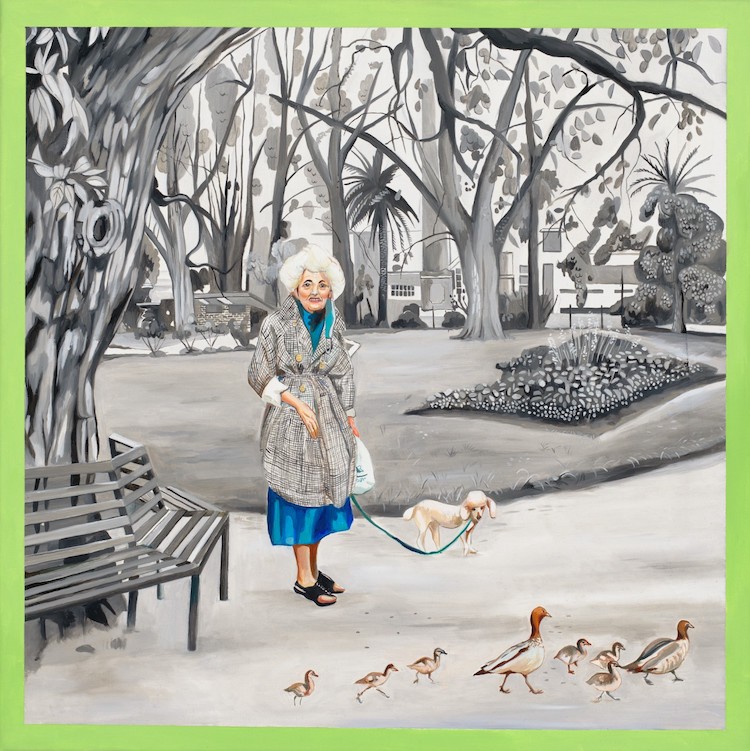 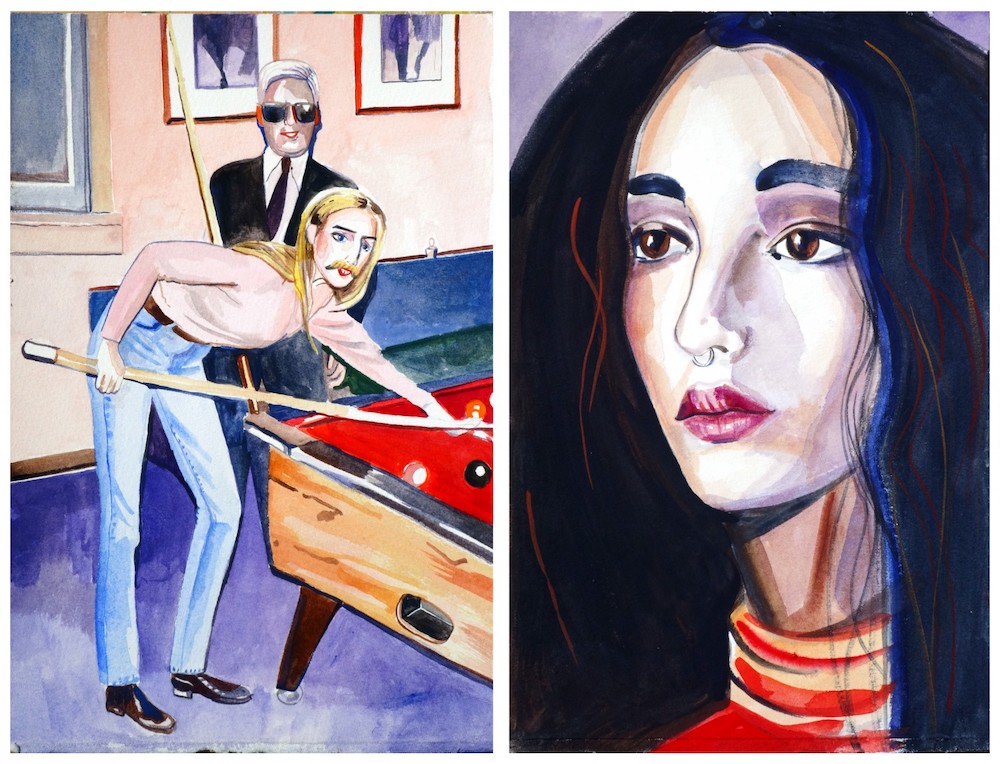 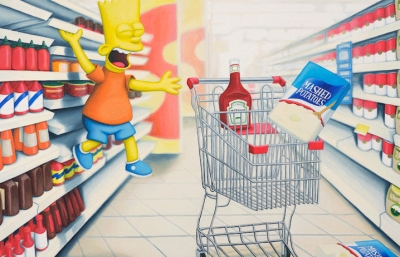 Darren Knight Gallery in Sydney, Australia, is currently running the final week of A Cuddle is Understood Universally, a solo presentation by Rob McHaffie. Comprising 13 oils on linen and a couple of works on paper the exhibition marks the last year and a half since the artist and his family moved into a new home at the dawn of a global pandemic.

Moving house is a moment of big change, a milestone life juncture, and a cue for some sort of fresh start. With the addition of a global pandemic, such experience is likely to get intensified significantly, but at the same time, it can provide the necessary refuge and feeling of safety. And it feels like both of these sentiments informed this particular body of works by McHaffie. "The space of the canvas became a much-needed space to roam mentally when I could squeeze in time to paint between teaching online and homeschooling," the artist explained in the press release for the exhibition. The limited mobility and unfamiliarity with the new surrounding resulted in made-up scenes and reinterpretation of local parks or nature in which people found their escape from dire reality. At the same time, the real and made-up locals ended up adorned with quirky features and showing engagement both in mundane activities such as painting en Plein air (The Encounter, 2021), feeding ducks (Donut days, 2021), or walking a dog (You're a hero for staying home, 2021), as well as borderline nuts ones, such as rocking a guitar from a rooftop (Harcourt hard rock, 2021).

This tension between the calm or familiar and the extreme and unknown is imbued through the work in a variety of ways, creating a document of McHaffie's personal assimilation into the new surrounding in the context of socially distant life. The contrast between the color and b/w sections creates a dissonance between the main image and its surrounding. As if it describes parts understood and parts overlooked, it also reveals a simple idea that then attracts the rest of the imagery which produces the rest of the painting. This focused approach is accentuated with the Vignette-like framing of each piece which places it independent from the rest of the show, also echoing the confinement experience. Further on, the way the visuals are composed creates a sense of narrative within a piece, juxtaposing the daily commuters with a panoramic boat cruise (Sunday/Monday, 2021) or recreating the dynamic of a video call conversation (Facetime at McKenzie Falls, 2021). Finally, such framing also contributes to a simple, purposely flattened sense of perspective which contributes to the clumsy yet likable appeal of the scenes. Highlighted and combined with witty titles (House like a museum, Curator pretty happy with the hang, Collector at an opening of some landscape lithographs, all 2021), alongside a relaxed approach to the stylistic choices, the entire body of work has a somewhat heartening atmosphere despite its restless and unreliable undertone. â€”Sasha Bogojev