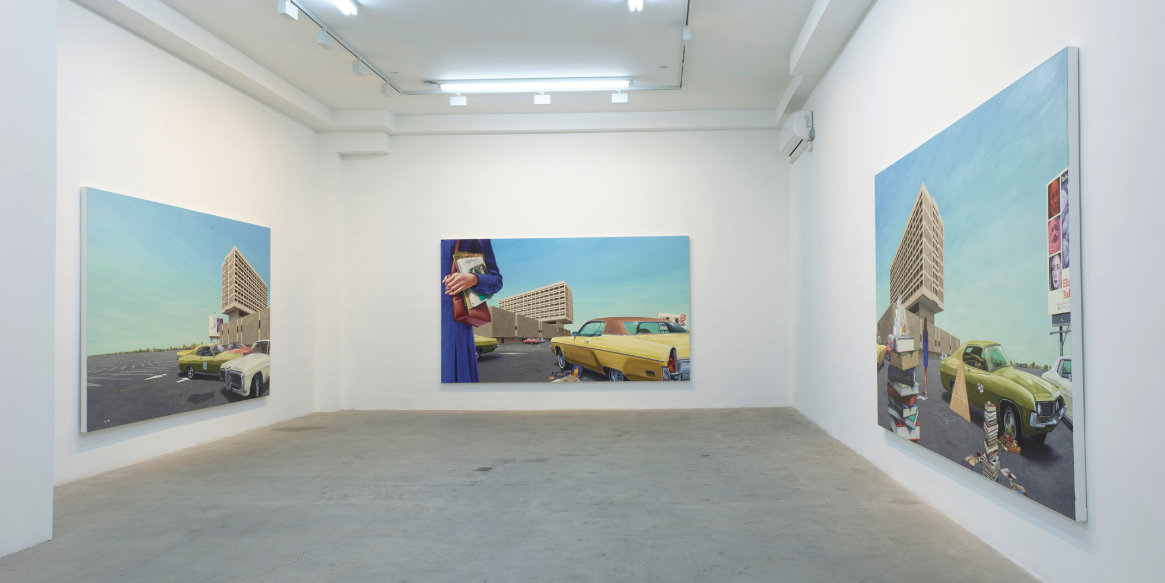 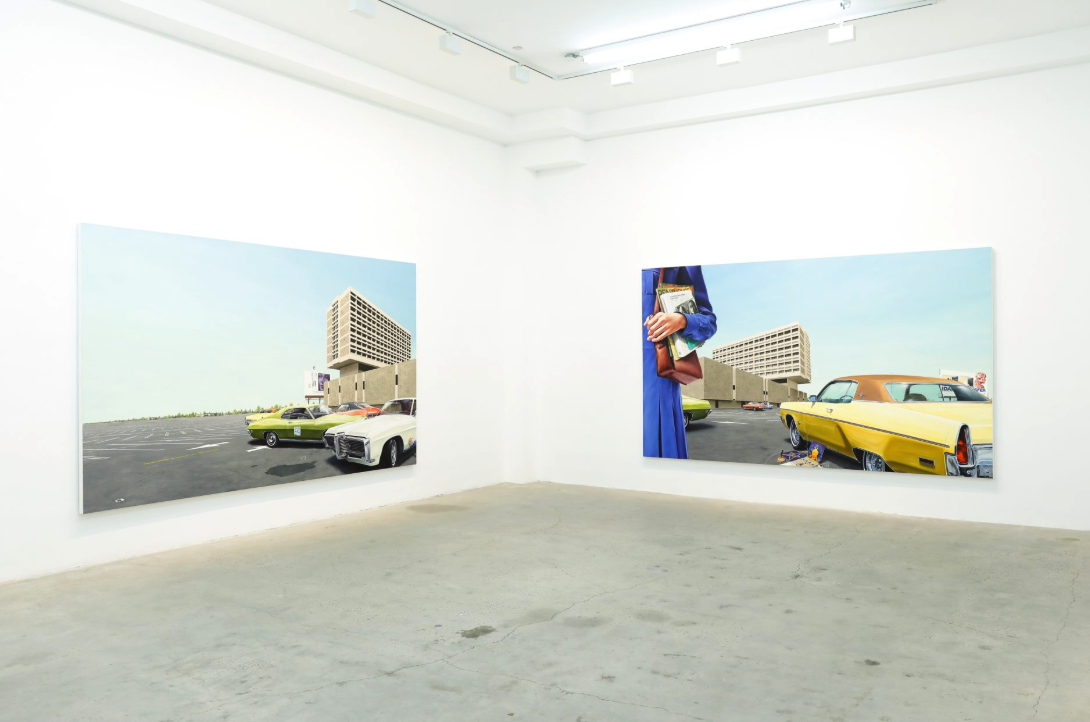 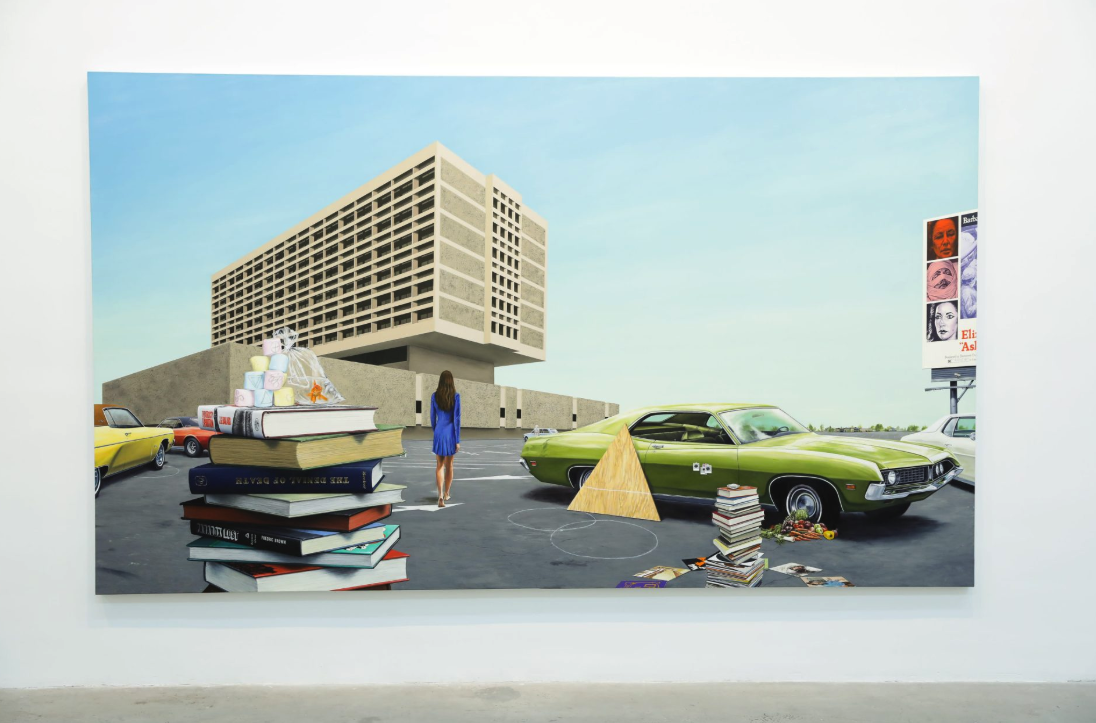 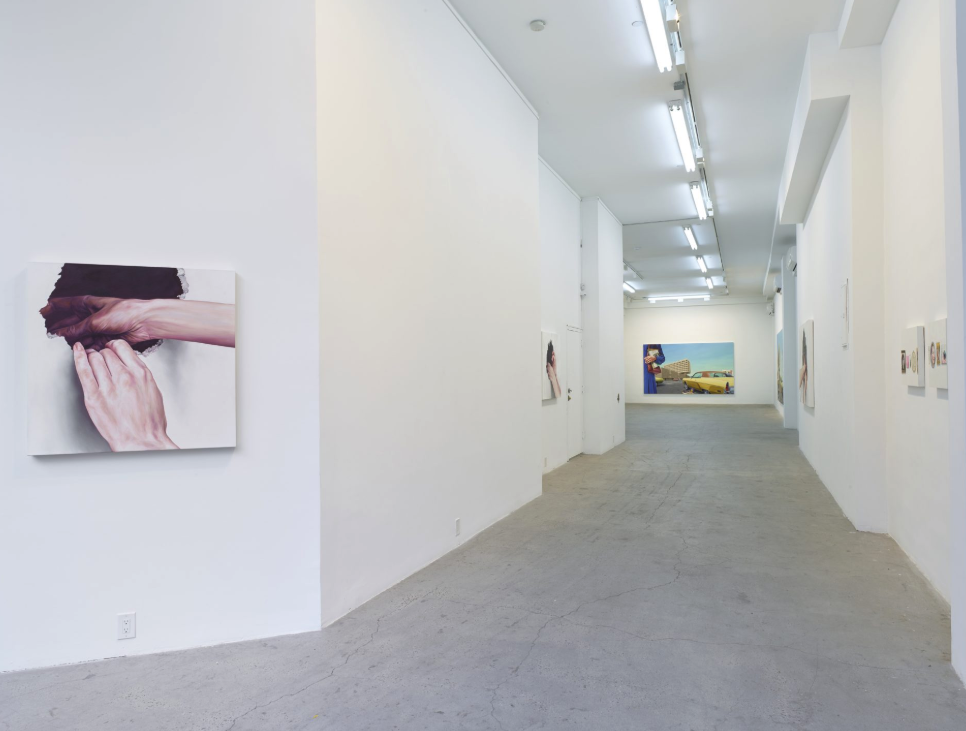 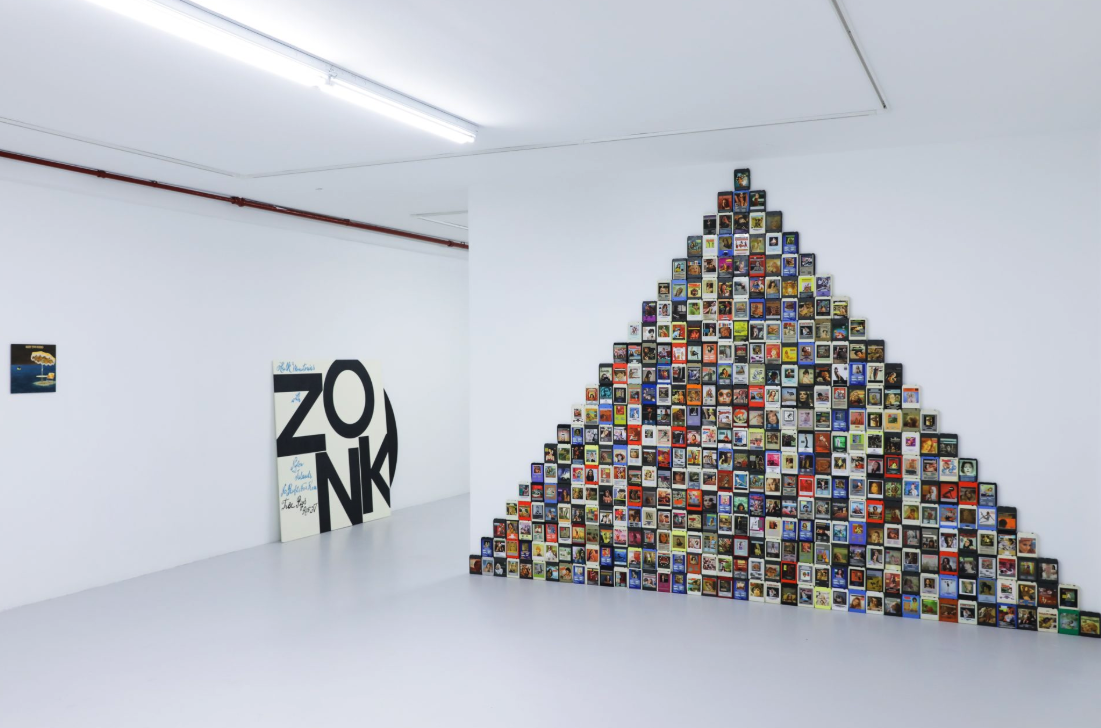 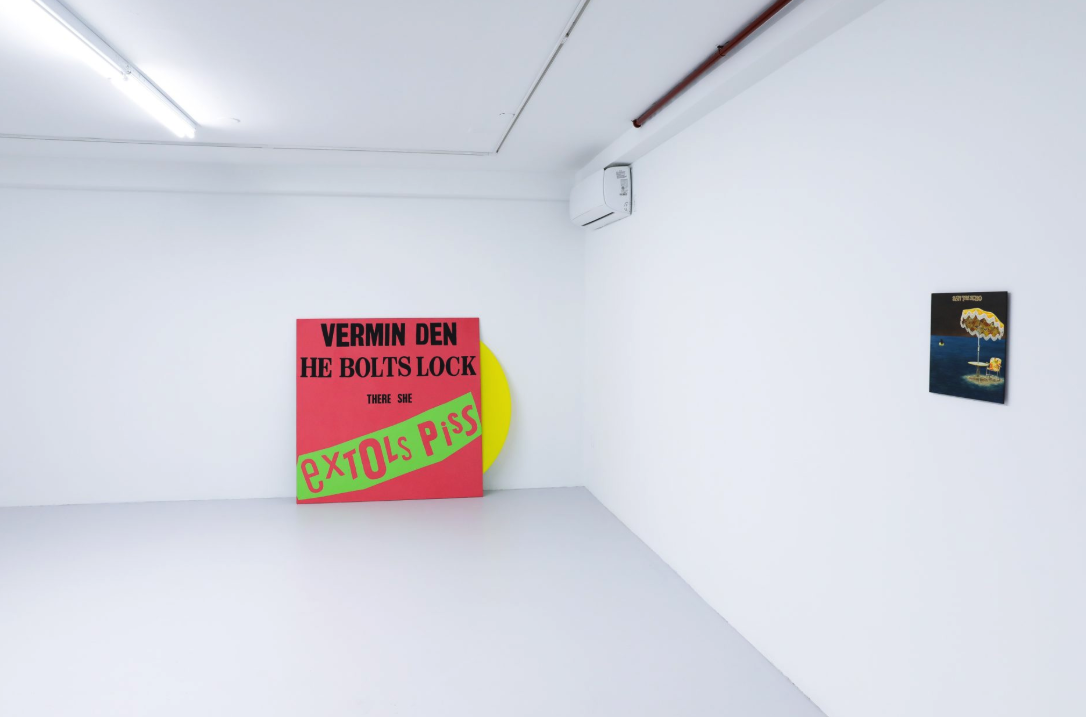 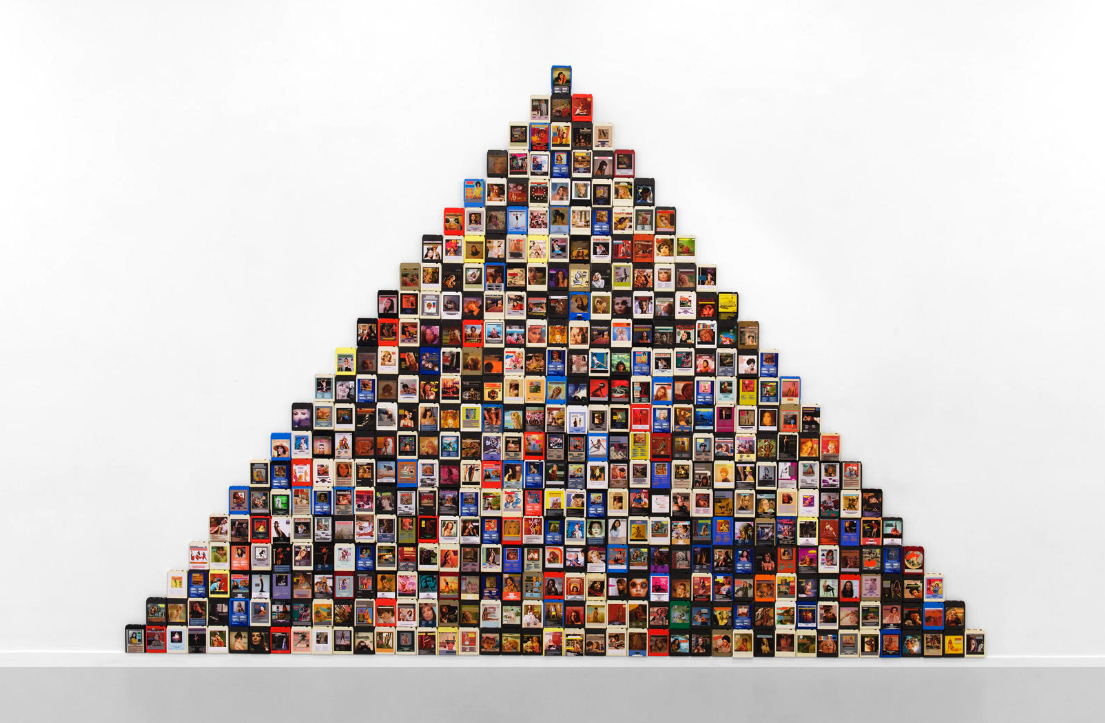 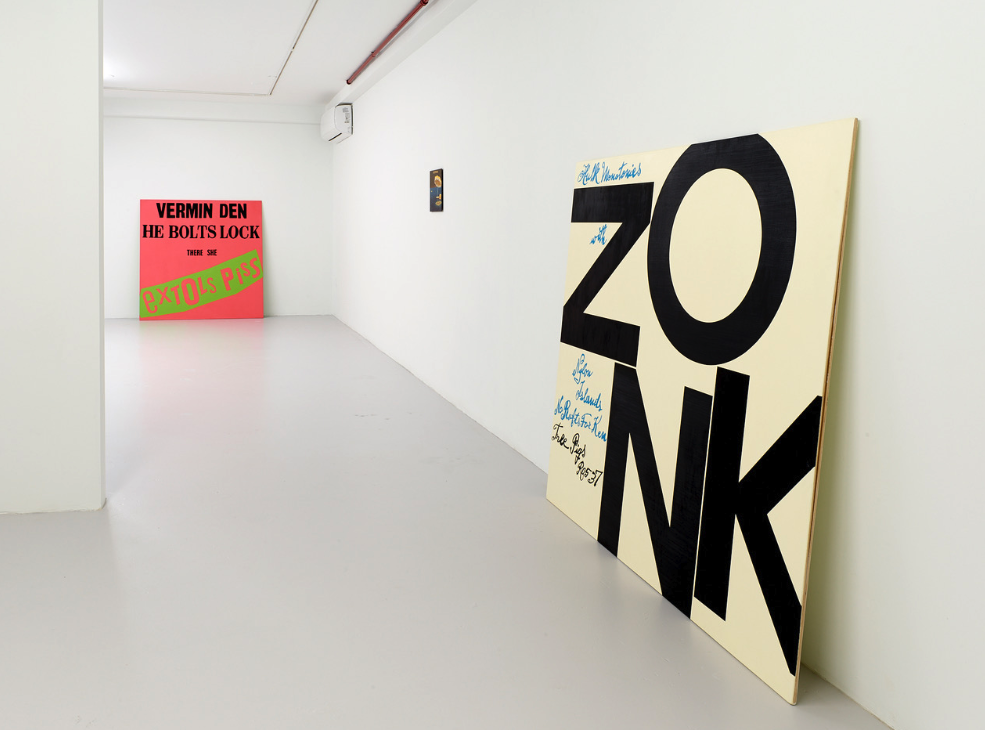 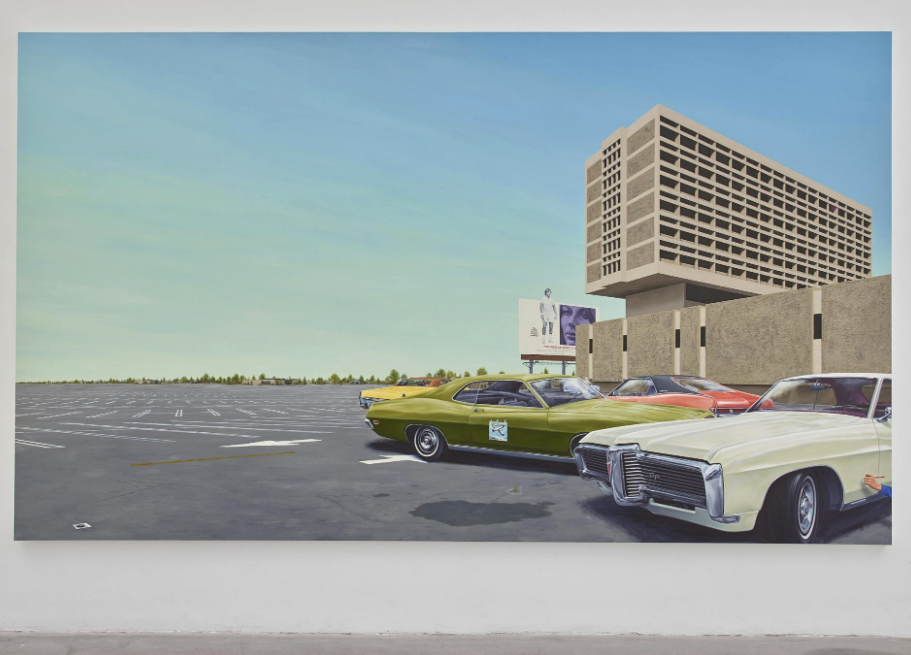 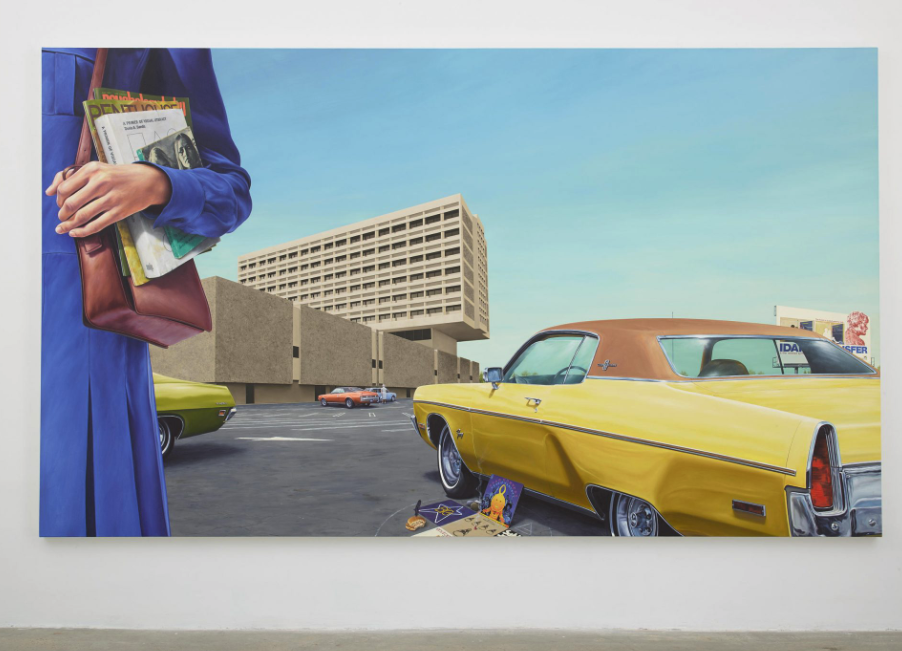 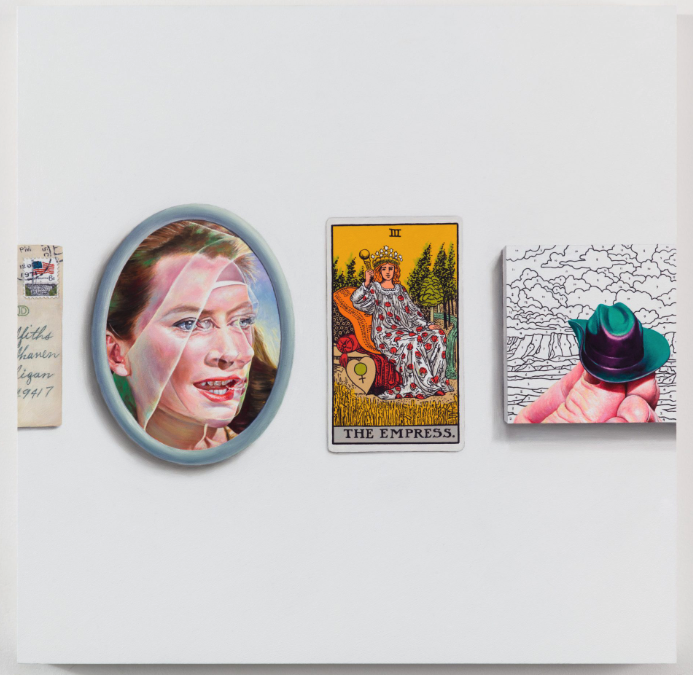 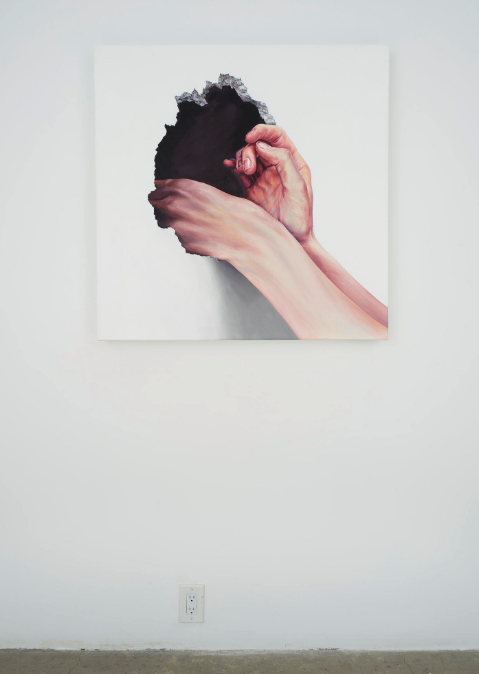 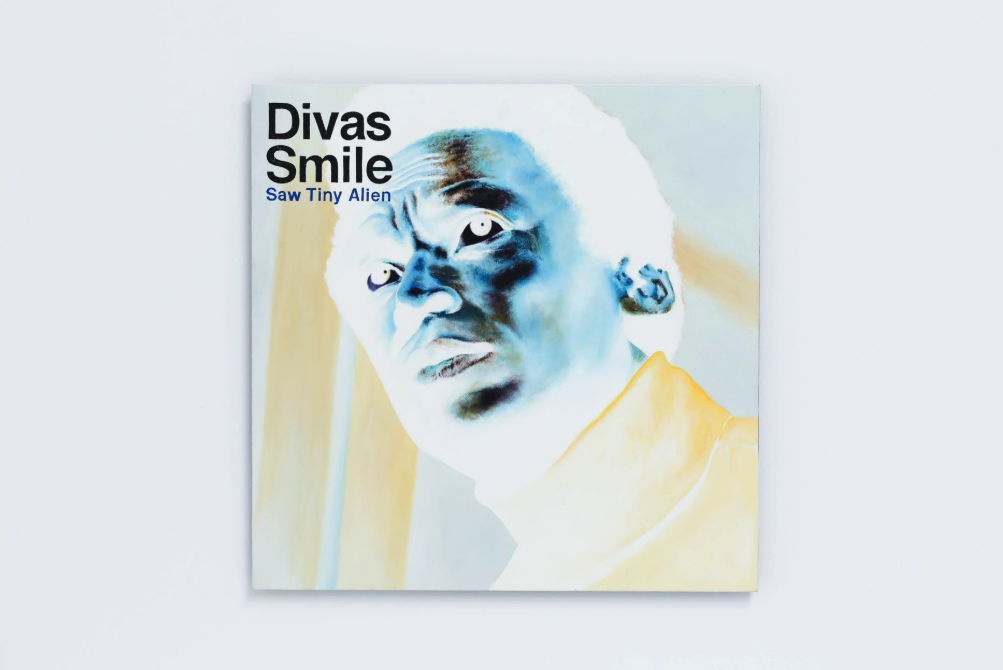 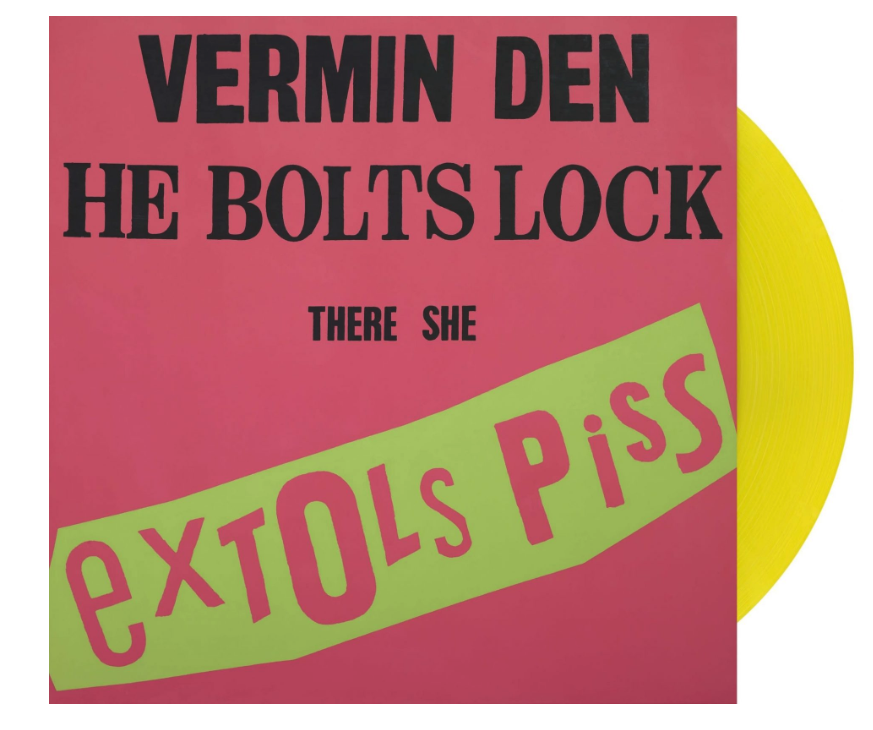 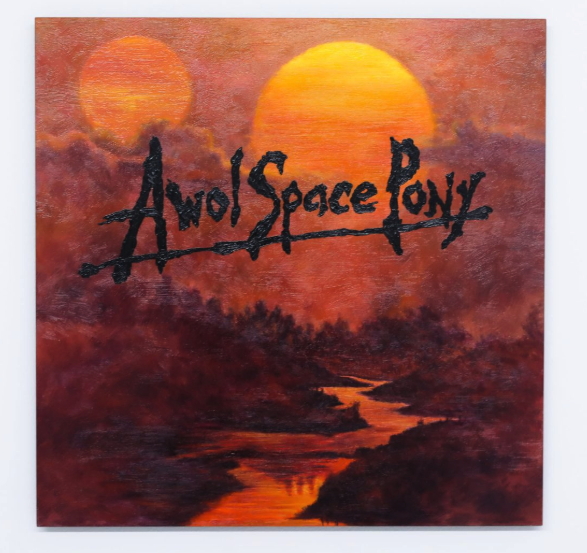 Eric White has an epic palette. Not in some sort of grandiose over the top style, but he paints big scenes with such care and detail that you think you are staring at a large movie screen as you walk through a gallery of his works. White's newest show, Triage in one gallery and Relics in the next at Grimm Gallery in New York, explores that cinema quality, as well as remixes of famous and underground pop iconography in new and sometimes slightly unsettling ways.

GRIMM is pleased to announce Eric White’s (1968, Ann Arbor, MI, US) solo exhibition Triage at our New York gallery space. This marks the artist’s second solo show with the gallery. Presented are seven new oil paintings and one installation. In the downstairs gallery a presentation titled Relics is on view, showing some of White’s earlier works, a mixed media piece composed of 400 8-track cassette tapes and a group of trompe l’oeil paintings of reimagined vintage LPs.

Eric White’s work embodies the intersection of romanticized American dreams and the psychological paranoia that surrounds such fantasy. White’s paintings reference twentieth century film, music and pop culture backed by painterly adroitness to subvert and recode the dominant narratives of contemporary society. His hyper-intensive figurative paintings exist between American Realism and Surrealism and are evocative of fleeting lucid dreams.