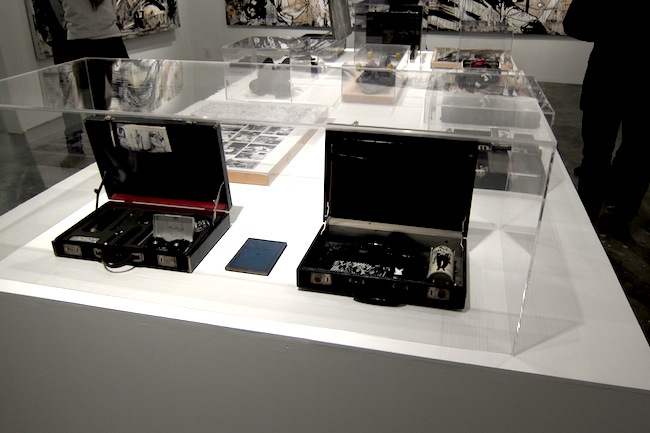 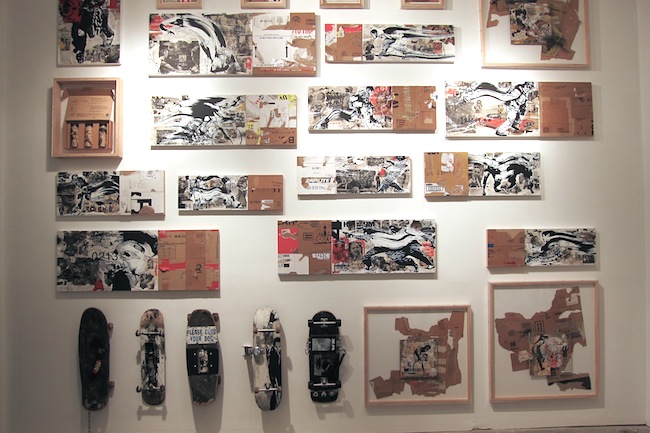 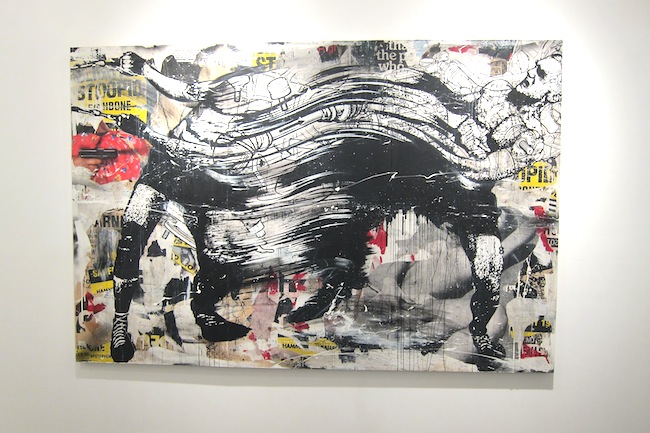 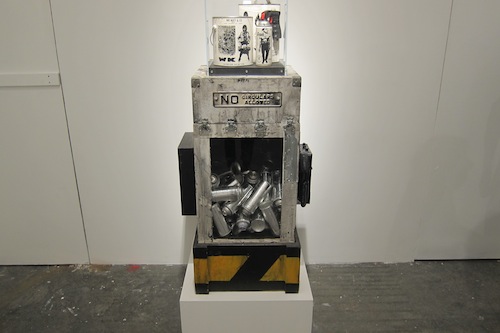 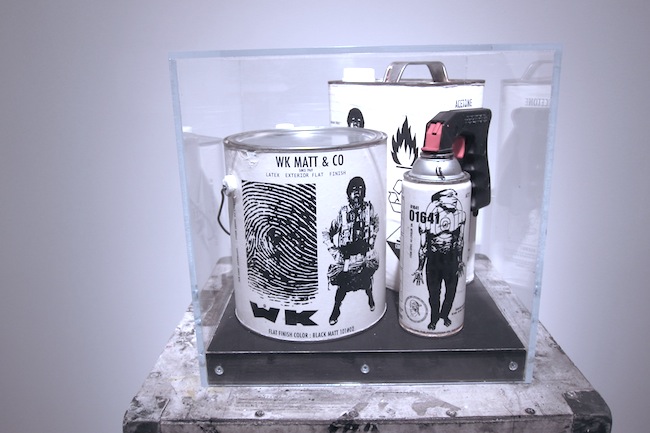 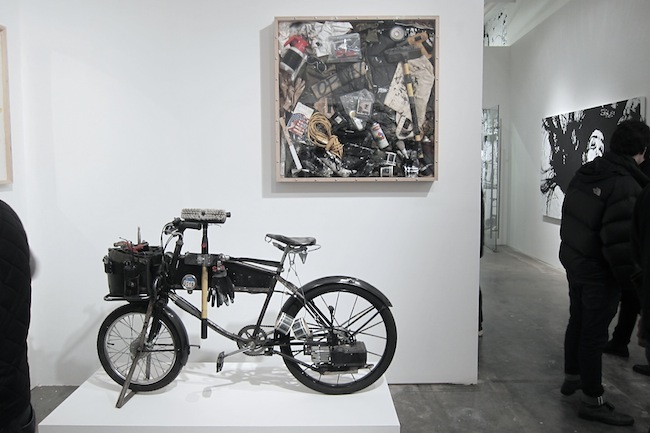 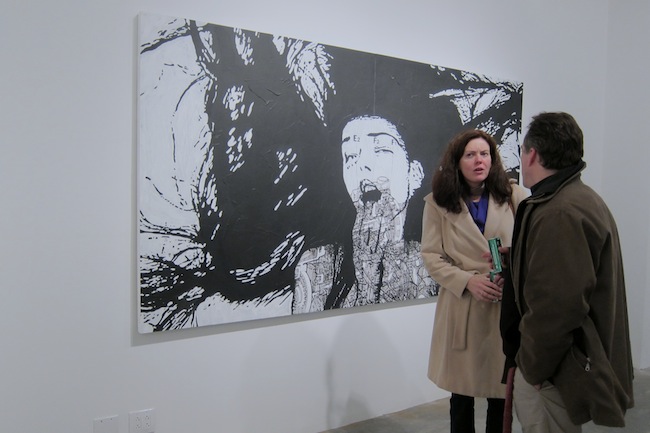 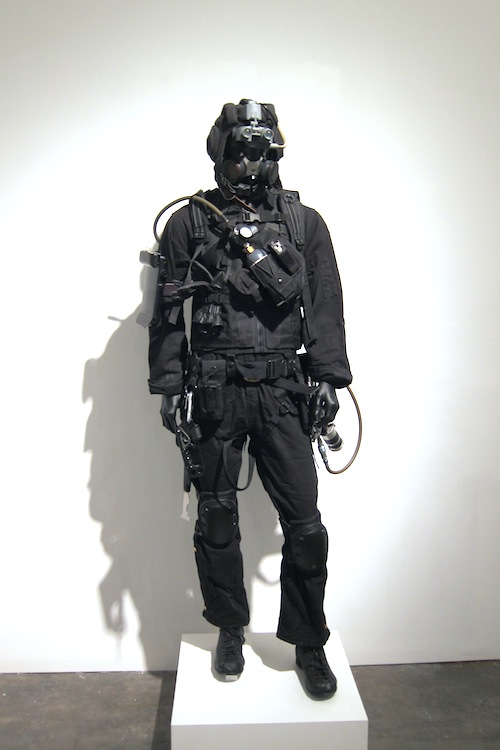 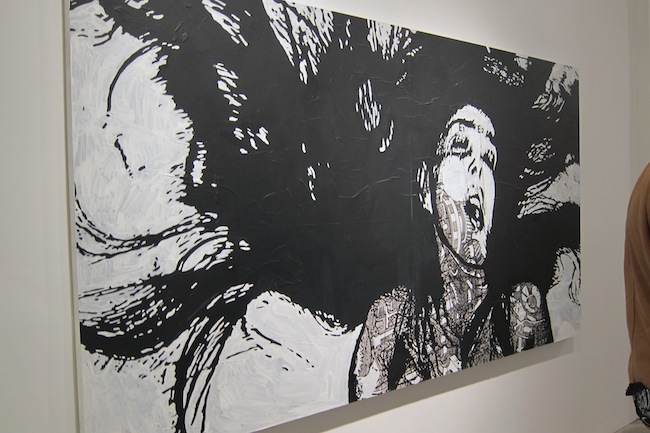 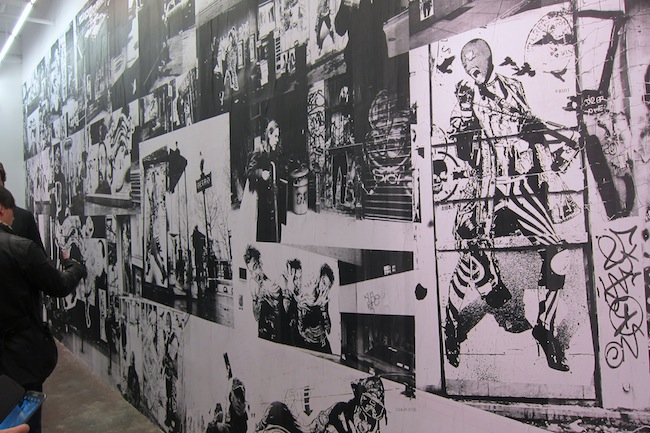 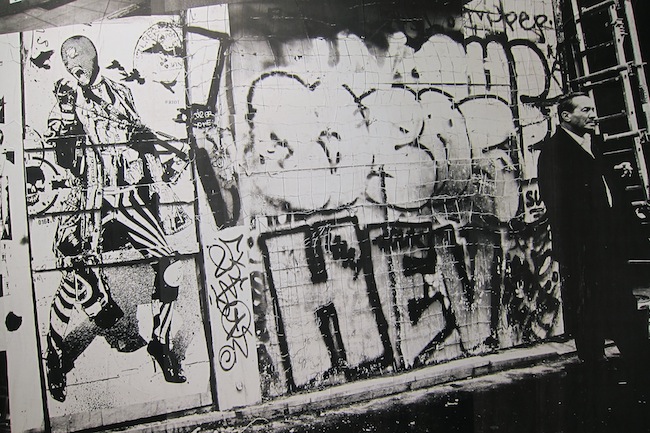 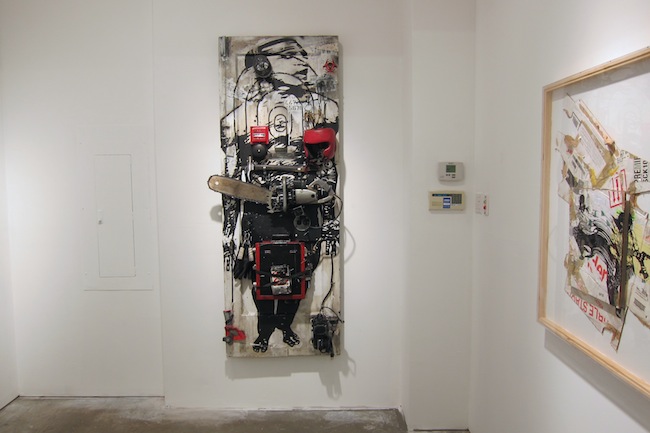 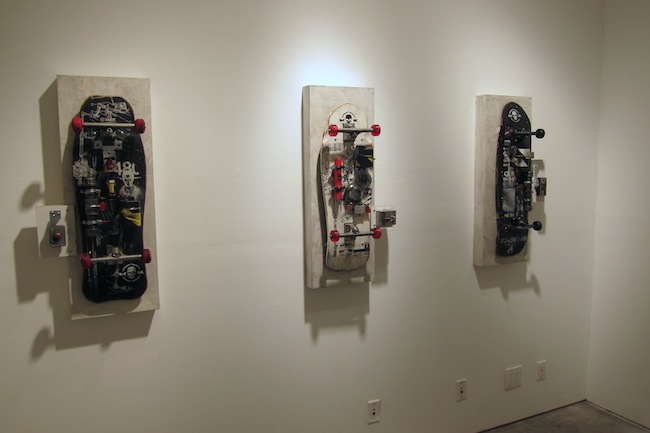 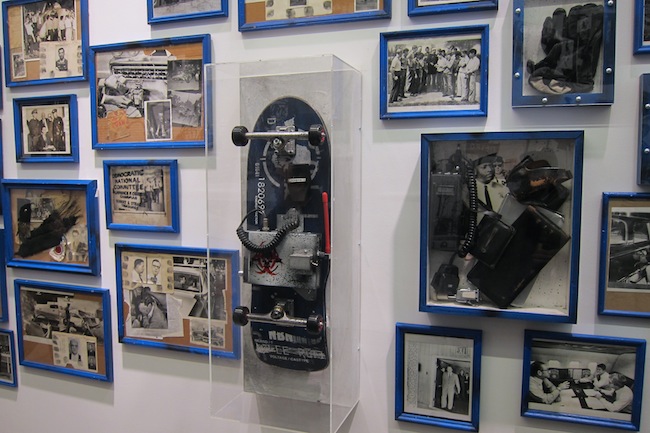 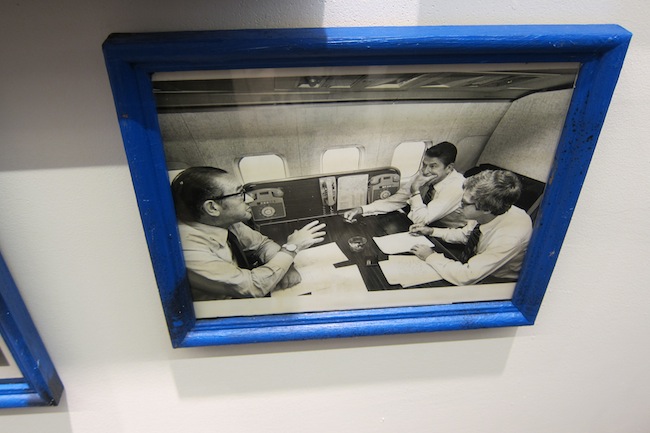 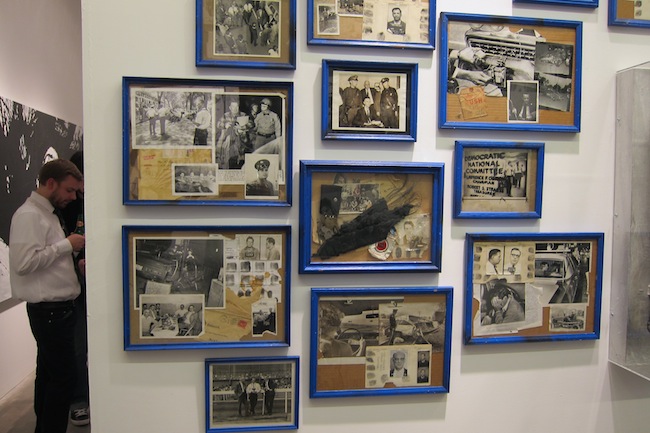 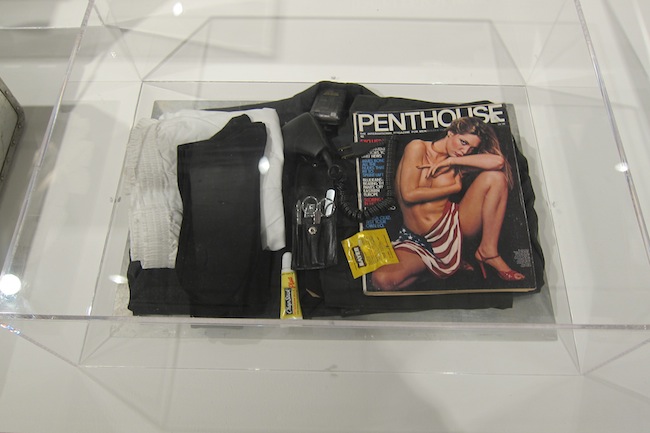 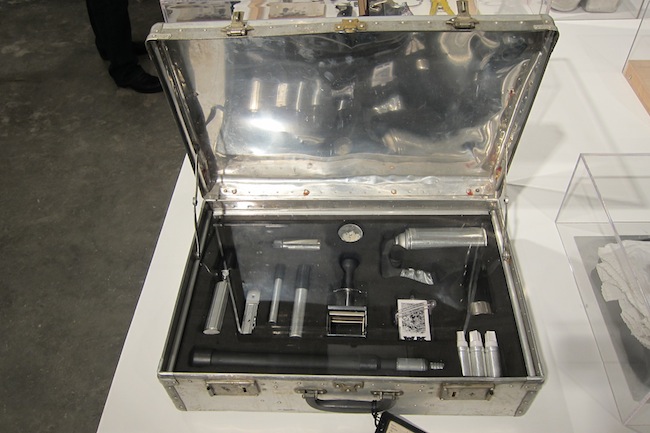 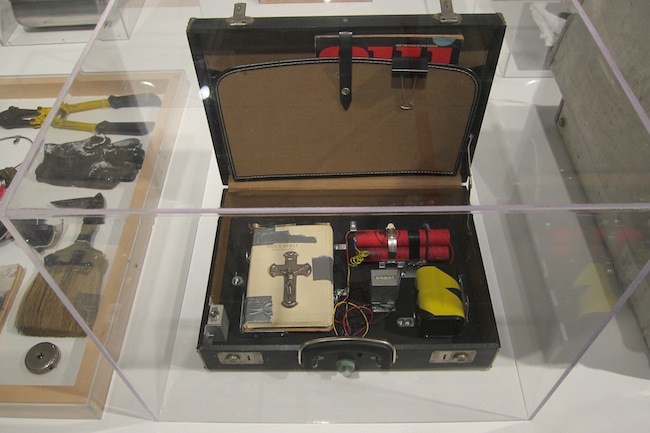 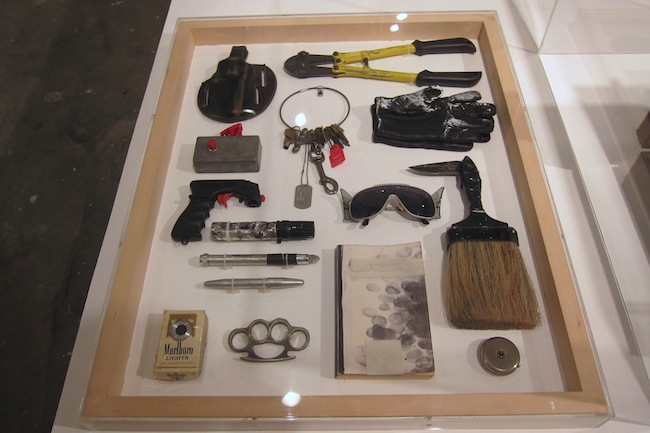 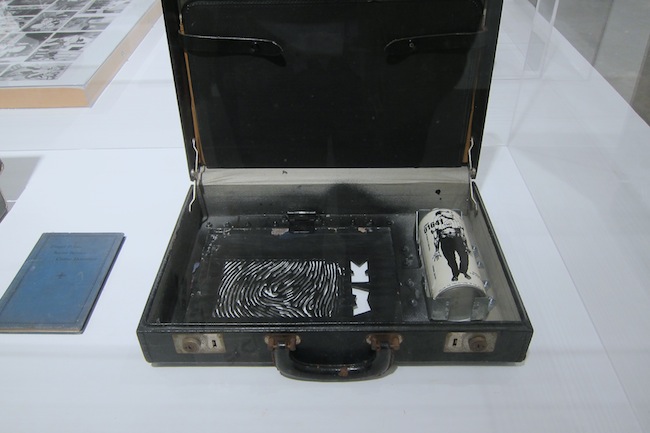 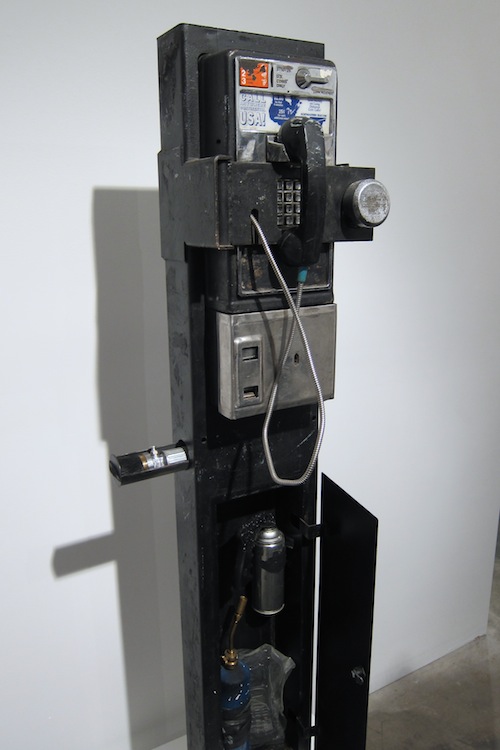 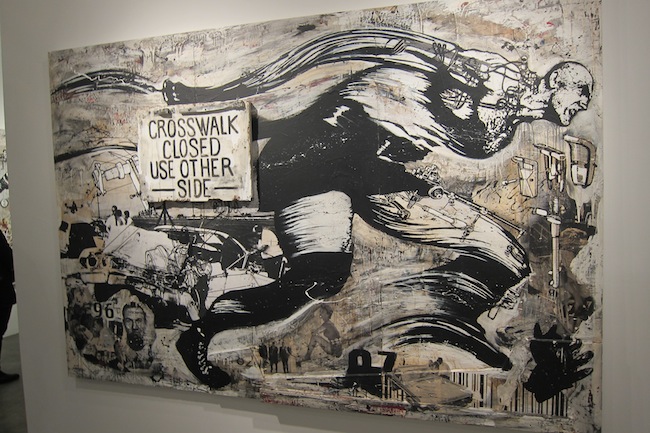 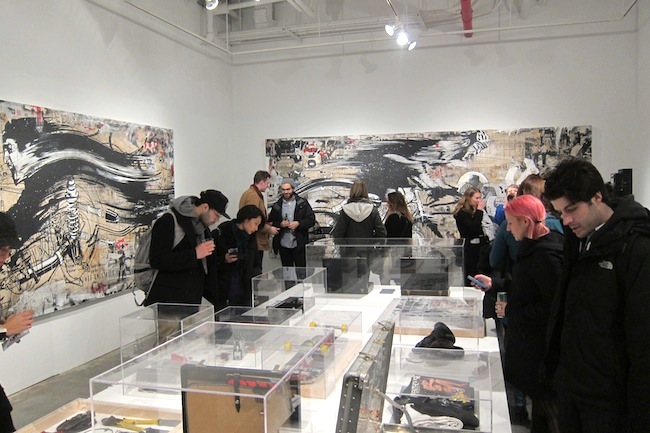 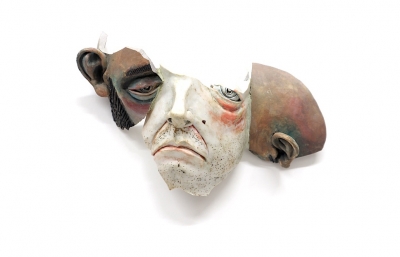 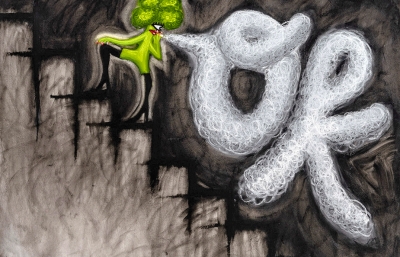 Hein Koh is at WINDOW with Anton Kern Gallery 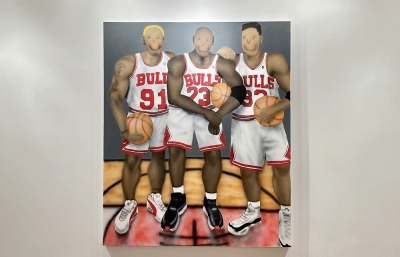 Last night during Armory week in NYC, we attended a preview of WK Interact's 360 at Jonathan LeVine Gallery's 557 West 23rd Street pop-up space. Exhibited as a mid-career survey of WK's work, celebrating the last 25 years of the artist's career, the show is complete look at the range of the French-born, NYC-based artist.


The exhibition includes series of works on cardboard, paper and panels, as well as large multi-paneled collages, all rendered in WK's signature stark palette. WK Interact was the cover of Juxtapoz in January, 2009.

Additional installations, memorabilia and photographs serve to document his early years and evolution as a street artist. 360 will run from March 8-30, 2013, with an opening reception on Friday, March 8, from 7-9pm. To commemorate this 25 year survey, the first 100 guests will receive a special giveaway, one of three different vintage WK print editions produced by Jonathan LeVine Gallery, each of which has been signed and numbered by the artist. An exhibition catalog will also be available for purchase.