Juxtapoz is proud to announce a very special August 2014 issue, featuring one of our all-time favorite musicians, creatives, and all around artistic personas, Madlib. For years, we have followed Madlib's eclectic career, from Quasimoto, Madvillain, Jaylib, Yesterday's New Quintet, the Beat Konducta series, and everything in between. One common thread has always been the unique and artistically-driven alter egos that Madlib has given to the world, and in this issue, we talk to the musician about his world of music and art.

—An interview with Madlb and Freddie Gibbs about the groundbreaking new LP, Piñata.

—We investigate the alter-egos of David Bowie

—Behind the scenes with new psychedelic master, Leif Podhajsky. 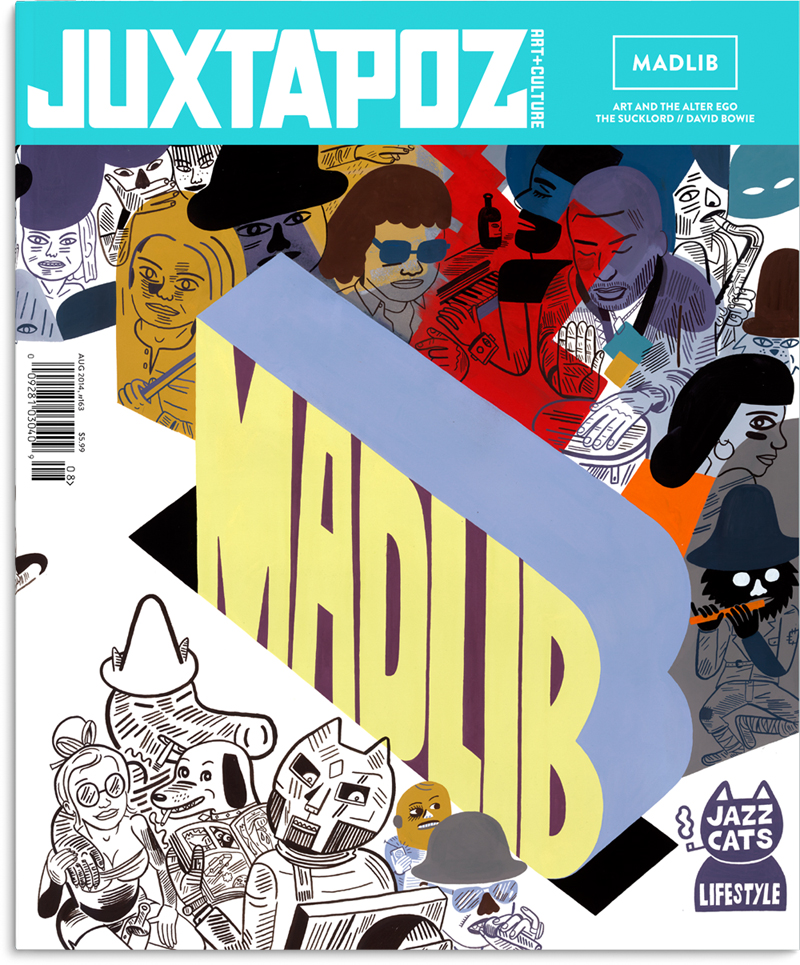