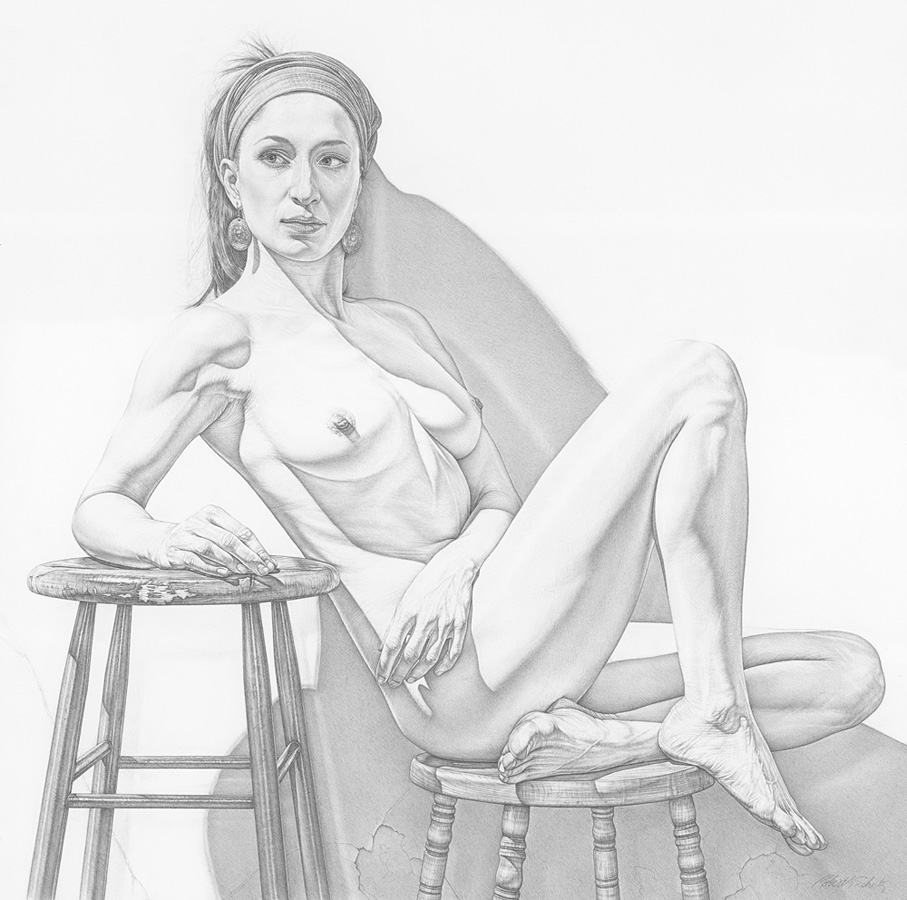 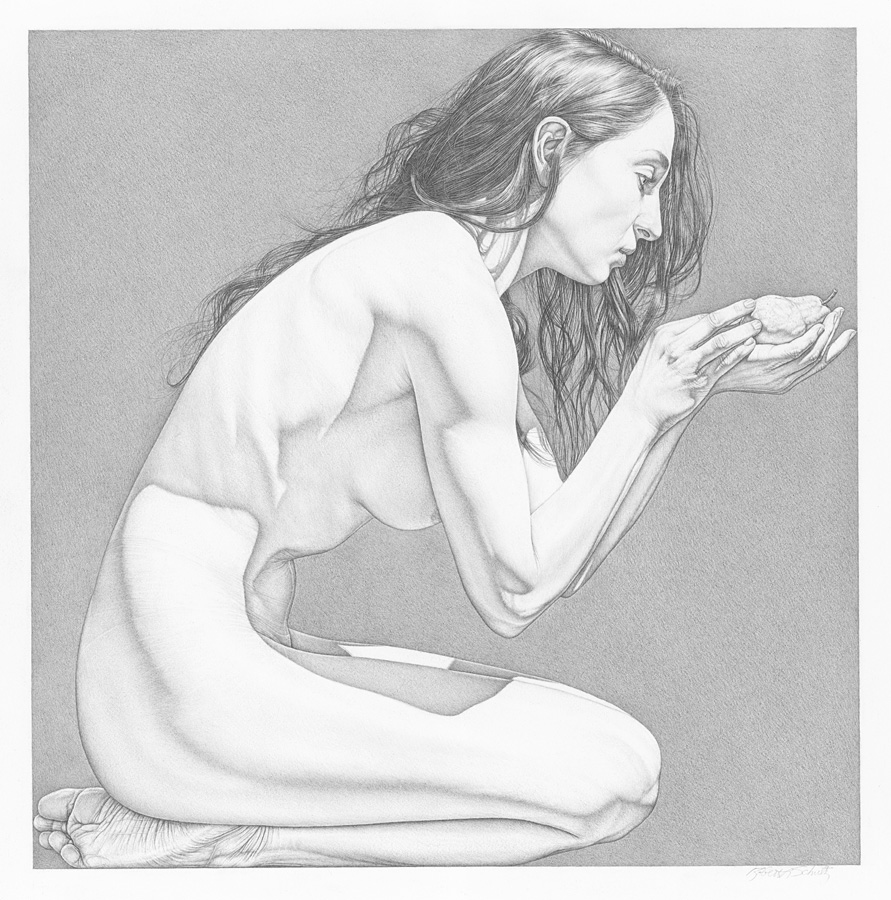 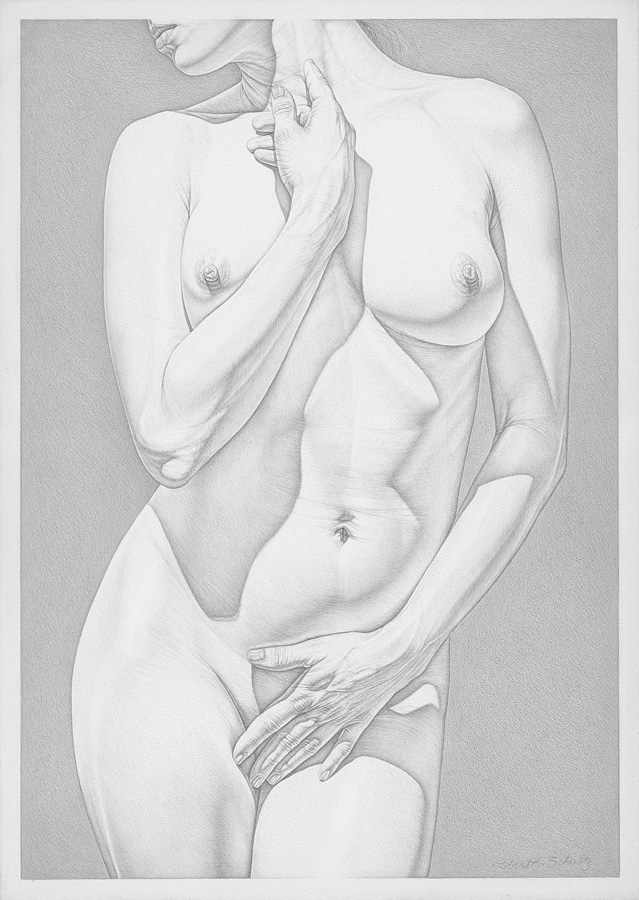 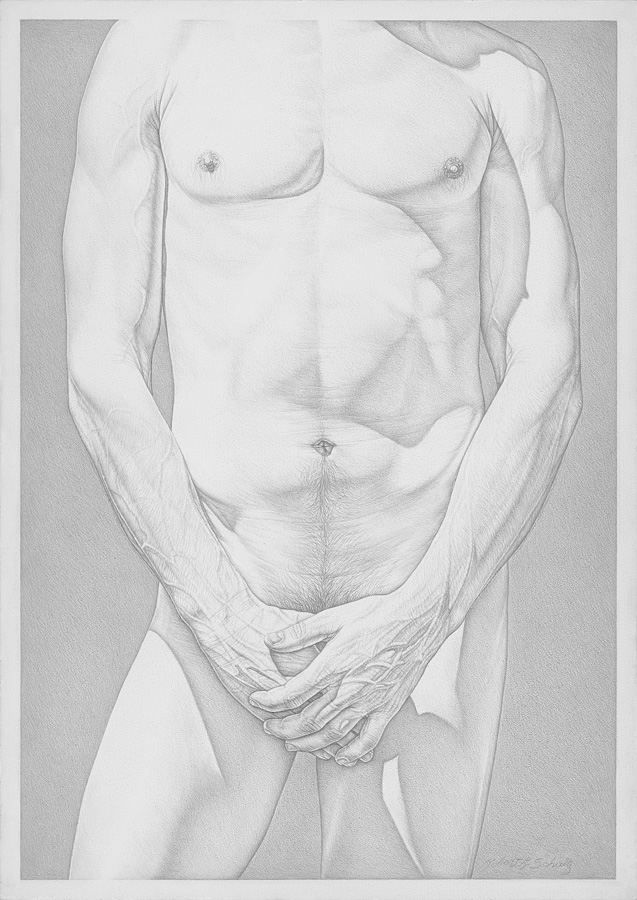 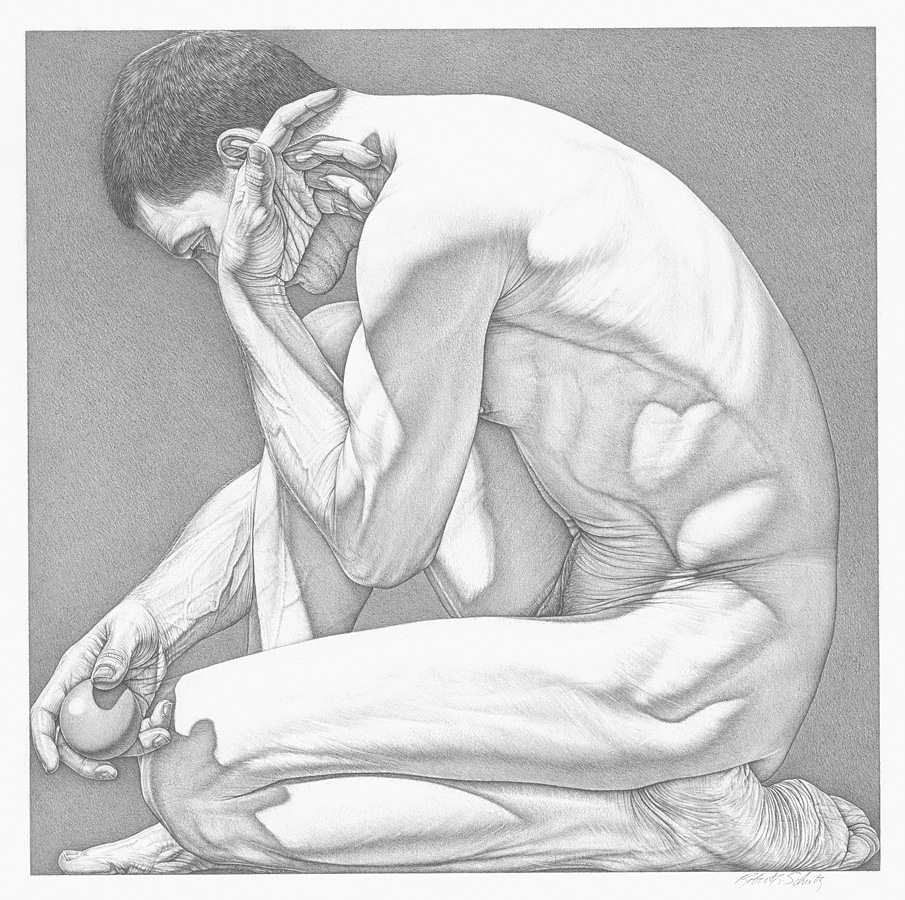 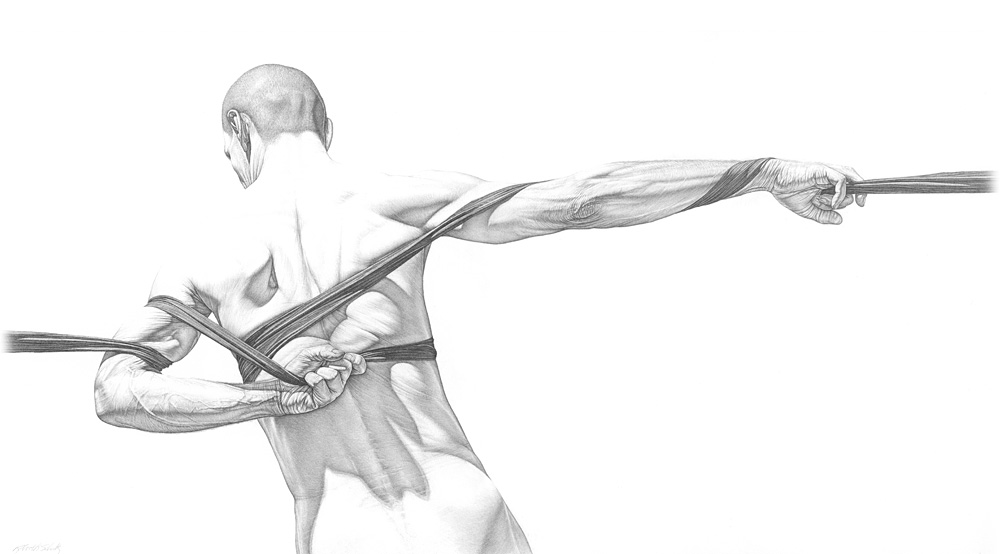 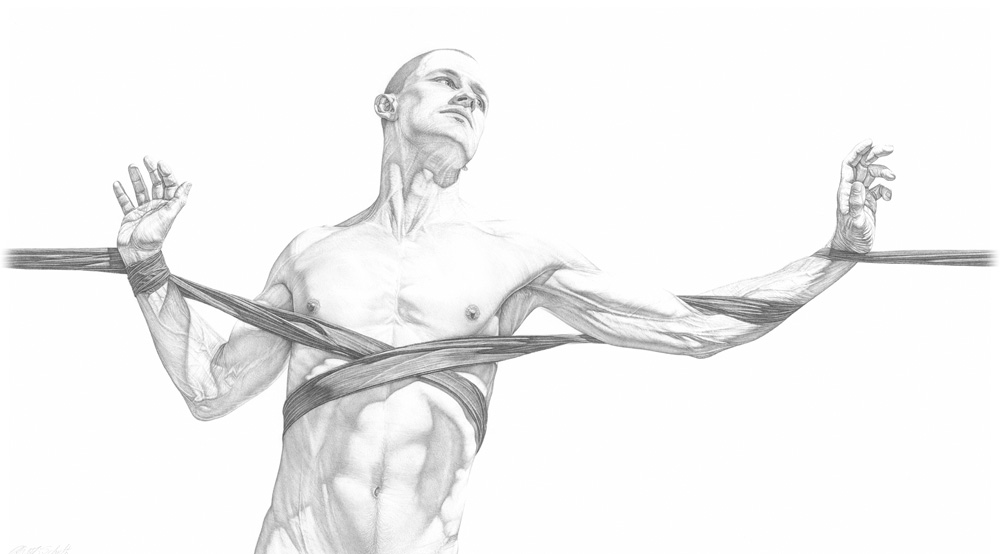 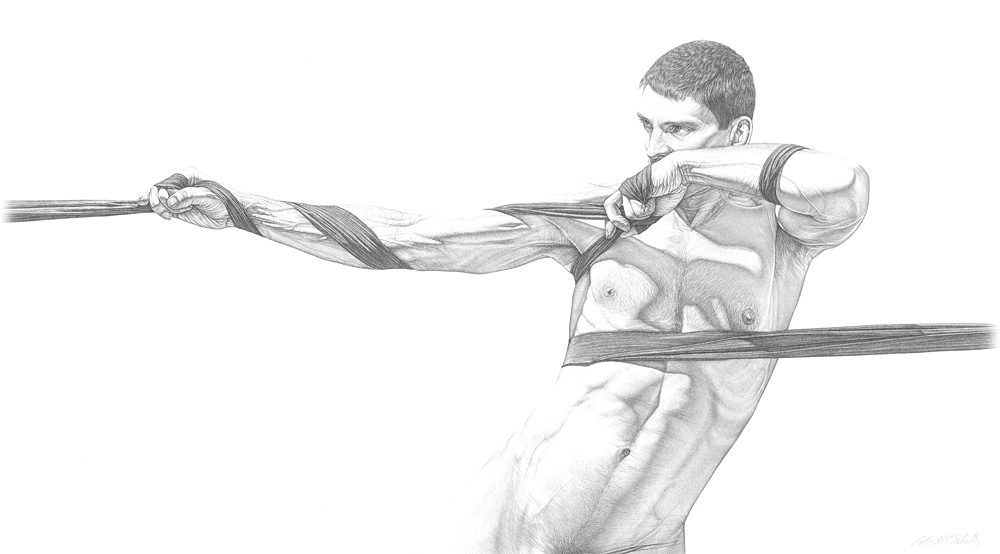 In this collection of masterful figurative graphite and silverpoint drawings, Robert Schultz continues his career-long exploration of the human form. His subjects, often reoccurring, are usually depicted nude in austere surroundings with the occasional prop...

In this collection of masterful figurative graphite and silverpoint drawings, Schultz continues his career-long exploration of the human form. His subjects, often reoccurring, are usually depicted nude in austere surroundings with the occasional prop. He begins each drawing with a sketchbook study in red pencil to work out composition and lighting and graduates to his arsenal of finely sharpened pencils to begin the final drawing. Each piece is completed by methodically building up the layers of tone and information until an exquisite map of his subject’s bone, skin, muscle, and hair is represented.

The drawings have a subtle narrative suggested in the title or in the minimal props the artist uses. The focus, however, always remains on the model. In “Minotaur,” the drawing is in fact a self- portrait and Schultz employs a bull mask to reference the mythical half-man, half-bull creature from Ancient Greek lore. “Sphinx” gains its title from the model’s elegant pose, mimicking the monumental statue, her back arched in a yoga-esque pose as she gazes off serenely into the distance. “Speak No..See No..Hear No” is a take on the proverbial principle and iconic imagery associated with the expression, “See No Evil, Hear No Evil, Speak No Evil.”

Lighting is also an integral part of each thoughtfully crafted composition and is used to further enhance the narrative. Schultz renders dramatic swaths of shadow on his studio wall and subtle reflective light on the model with equal attention: there is no loss of detail in the rich darkened areas or the crisp highlights. The three silver point drawings on panel in the exhibition take on a further iridescent quality that complements his technique. These drawings are a particular challenge due to the unforgiving nature of this old master medium, each mark with the silver stylus is permanent and tonal shifts must be carefully executed.

Schultz’s signature technique and attention to detail goes seemingly beyond the ability of the human eye to capture information. His drawings speak not only of his uncompromising diligence, but also capture his passion of working from the live model and his deep connection with each individual subject.

Robert Schultz was born in Keokuk, Iowa and grew up in Madison, Wisconsin. He received his B.A and M.F.A. from the University of Wisconsin and currently teaches Advanced Life Drawing and Figure Drawing at Madison College. Schultz’s work has been exhibited nationally and is included in several public collections including the Art Institute of Chicago, The Arkansas Art Center, The Boise Art Museum, The Chrysler Museum of Art, and the Philadelphia Museum of Art.