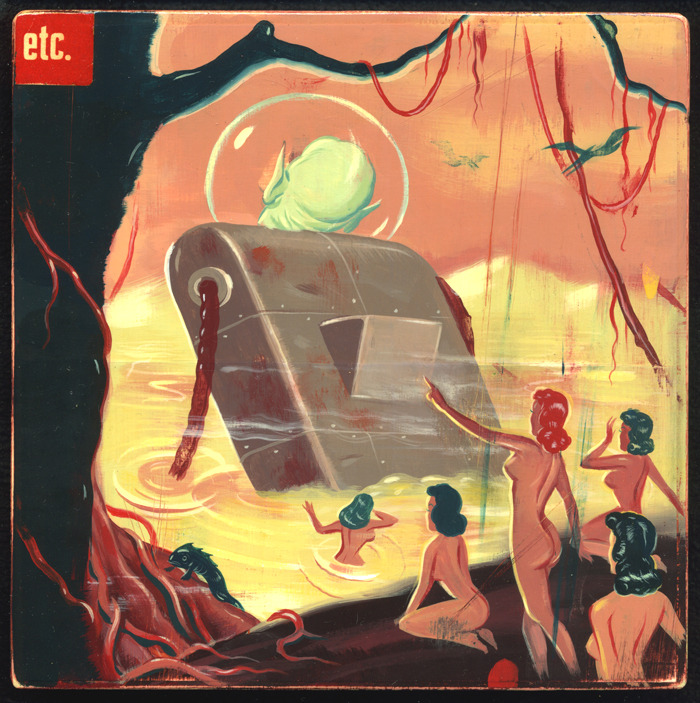 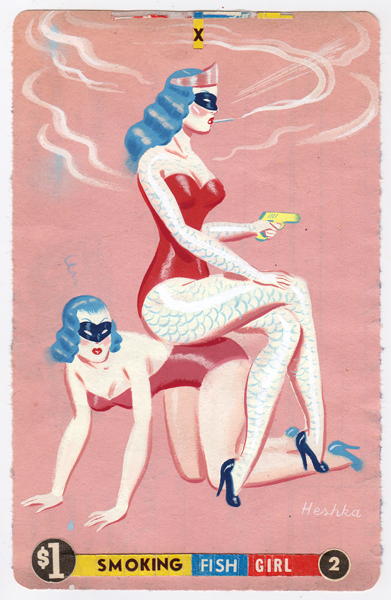 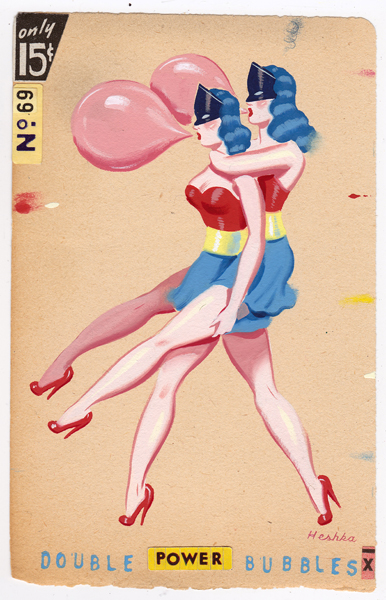 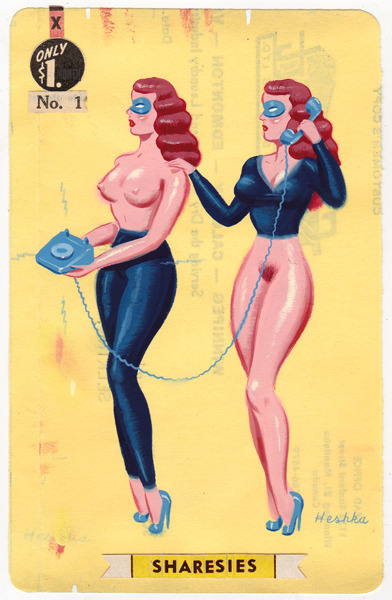 'Ryan Heshka was born in Manitoba, Canada, and grew up in Winnipeg.  Fueled by long prairie winters, he spent a lot of his childhood drawing, building cardboard cities and making super 8 films.  Early influences that persist to this day include antiquated comics and pulp magazines, natural history, graphic design and music, movies and animation.  Formally trained in interior design, he is self-taught as an artist.  His illustrations (represented by Kate Larkworthy) has appeared in Vanity Fair, Playboy, Wall Street Journal, Esquire, the New York Times, Smart Money, and on the cover and interiors of BLAB!.  He has been selected to appear in American Illustration, Society of Illustrators, and Communication Arts.  In addition to gallery shows across North America and Europe, he is currently working on picture book projects for children as well as adults.  He lives in Vancouver, B.C., Canada with his wife Marinda and cat Louis.'