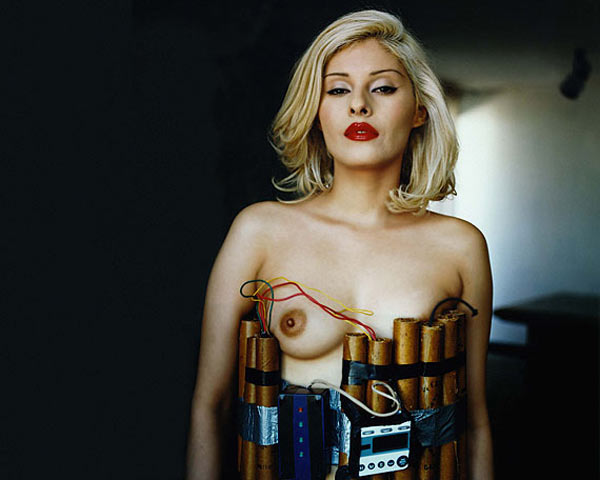 'Pierre Winther was born in Copenhagen, Denmark in 1964. In 1985 the young, self-taught photographer headed for Paris to seek inspiration
and pursue an idea. Ever since, he has carried out ambitious photo shoots throughout the world. Winther is the key artist for cinematic storytelling. With all variety

in his subjects, there is a narrative constant that transcends the static motif. Whether it’s the innocent man with the bomb-belt, the
Japanese women with their messed-up make-up ona double bed, or simply the protagonist staring into the camera lens, as if he wanted to say :
'I’ve got a suprise for you!'- the photo artist’s works appear to be details from a larger picture, which the observer can only try to
imagine.'