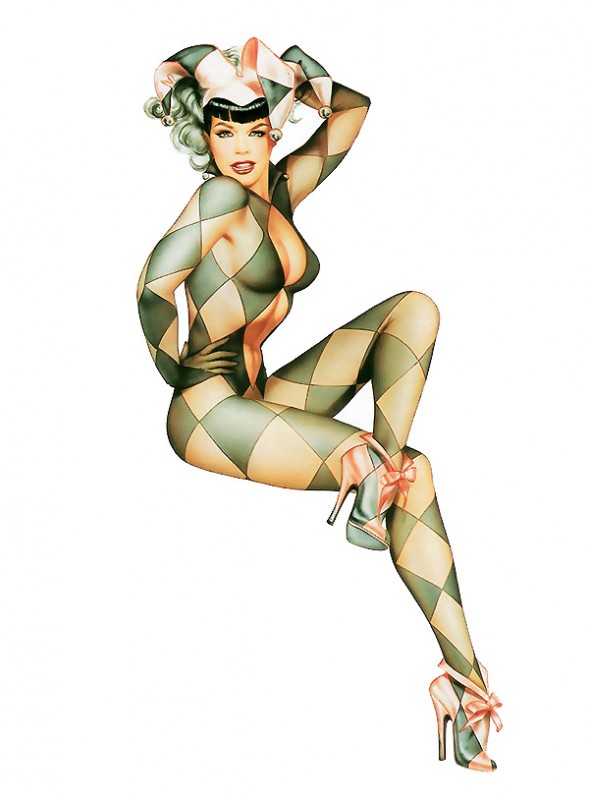 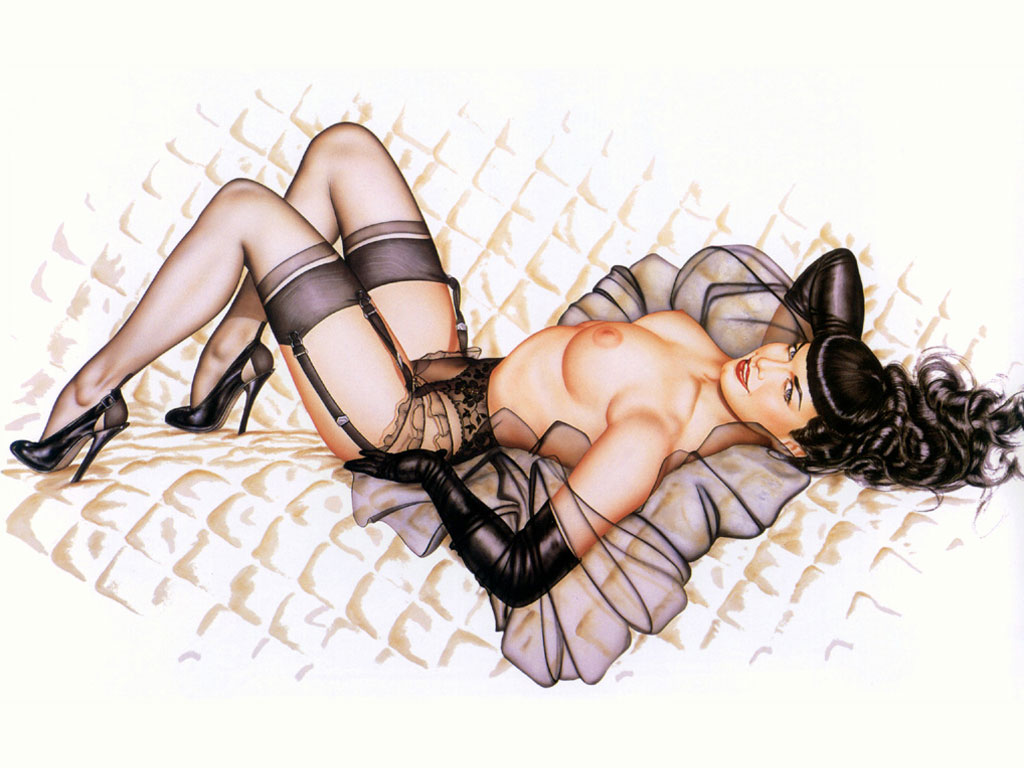 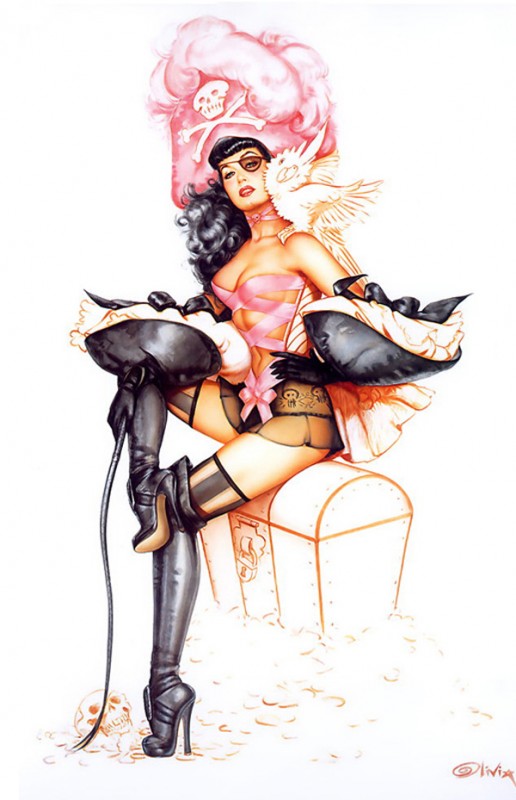 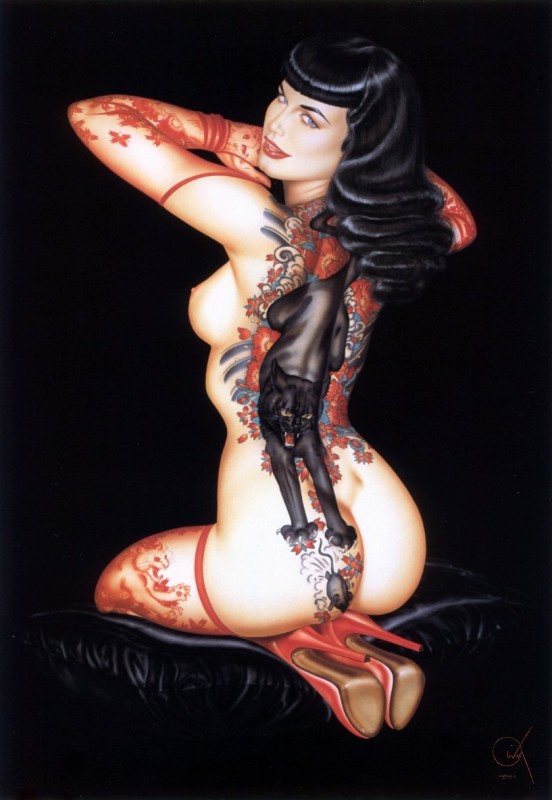 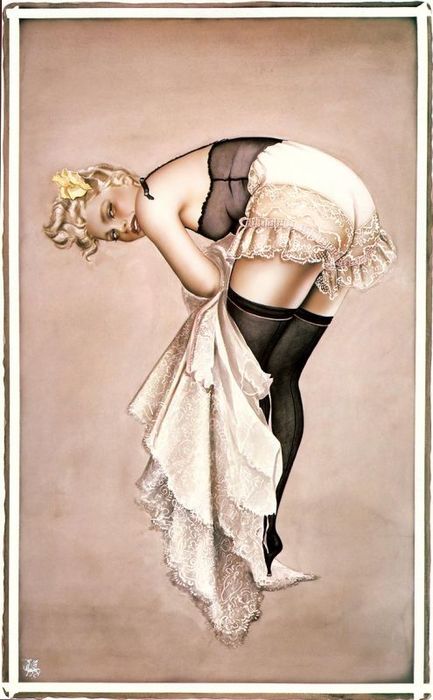 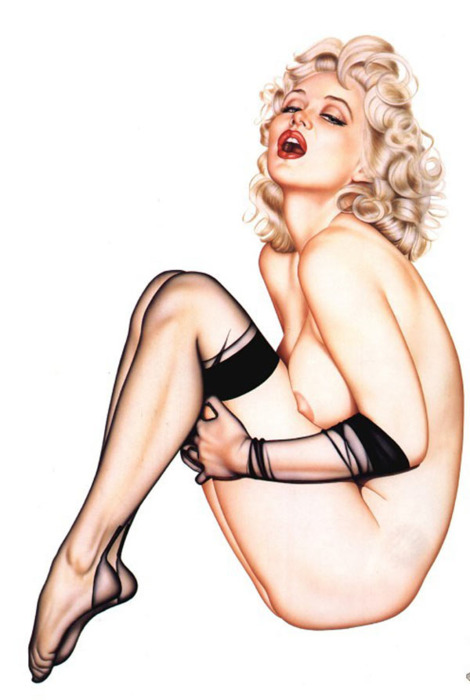 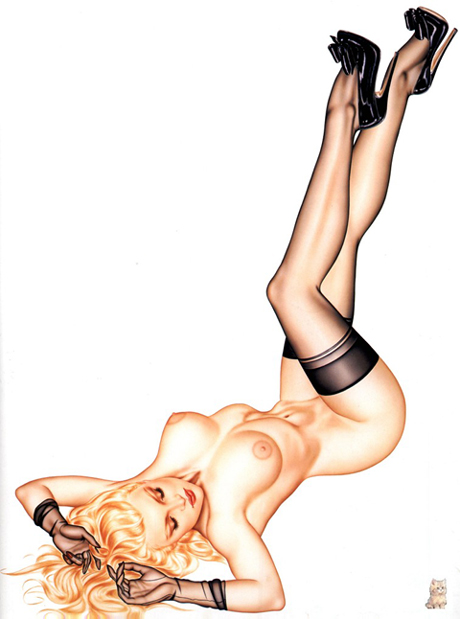 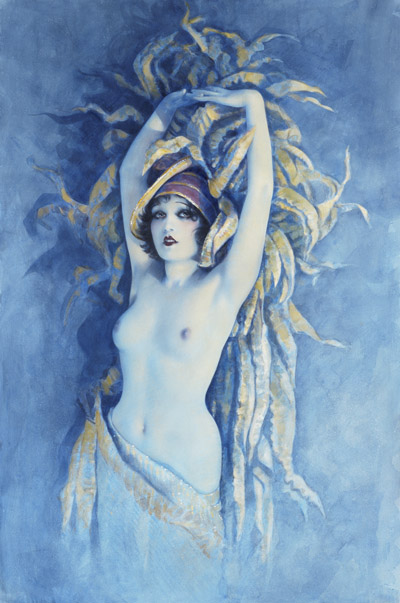 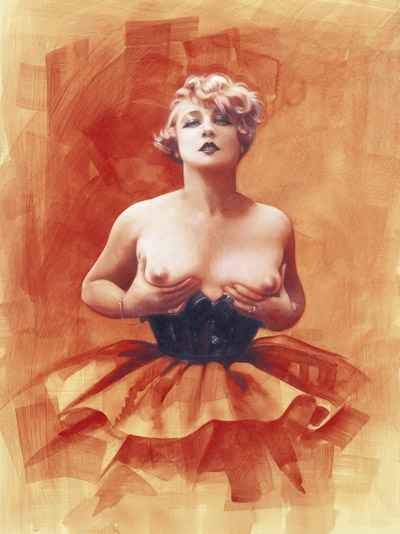 We make no secret of our deep and everlasting love for artist Olivia de Berardinis' classic Pin Ups. Her sensual and downright adorable ladies have made an appearance or two here before, and we figure it's time to refresh your visual memory banks with some Pin Up goodness à la Olivia.

Born in Long Beach, California in 1948, Olivia de Berardinis is an American artist known for her paintings of pin ups. Olivia has been working as a pin up artist since the mid-70's, and since 2004 she has been a monthly contributor to Playboy Magazine, where her art pinup page appears with captions written by Hugh Hefner.

"Necessity shaped my career," says de Bernardinis, "I thought illustrating for sex magazines might be a fun temporary job until my 'real' career started. In the back of my mind I believed I would go back to the fine arts. It wasn't clear to me then, but this work became my art."

Olivia currently lives and works in Malibu, California. Her artwork has been shown in galleries throughout the US and Japan, and her images are collected by fans worldwide.