Myth as Object and the 30ft. Mermen

Cameron Stalheim is embarking on an ambitious project that aims to realize a monumental work of sculpture for his MFA graduating thesis at the Maryland Institute College of Art. He intends to create a massive, thirty-foot long merman and has enlisted adult film star Colby Keller to model for the life cast that will become the base for the sculpture. Using skin-safe silicone, a three-dimensional replica of Colby's body will be made and cast into plastic. The cast will then be transformed into a merman, lying serpentine in the middle of the gallery floor. 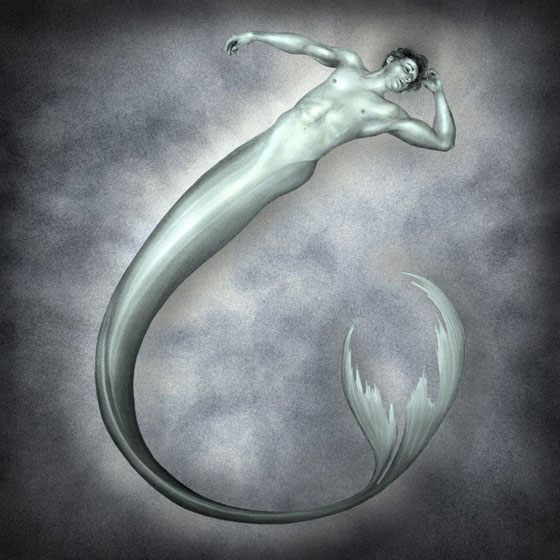 Stemming from my experience as a gay male from the Midwest and transitioning into the gay culture of the east coast, this sculpture, the first in a new series of work, questions the relationship between fantasy, reality and the objectification that happens in between.

I am questioning how people interact. Has sexuality become the basis of identity? Does shame and resentment associated with one's youth create a fantasy of our expectations in connecting (and objectifying) with others and what role we play in those connections (or objectifications)? As I began thinking about these questions, I also questioned how social media has established a footing in creating our fantasy and reality. How has social media, the interactive nature of technology, and digital information changed our identities? What role has it played in our perception of who we are, how we connect to each other, and with whom we connect with? These questions have landed into my mythology of a merman.  It relates to how we see others, and ourselves and how we connect with each other in relationship to our human form.

Colby Keller's identity as an adult film star is also a factor in creating this message and adds to the mythology.  What role has pornography and access to blunt-force sexual data played in the creation of our fantasy (or reality)? In what way has it changed what we objectify and how we connect? Has it become a part of our own individual identities?