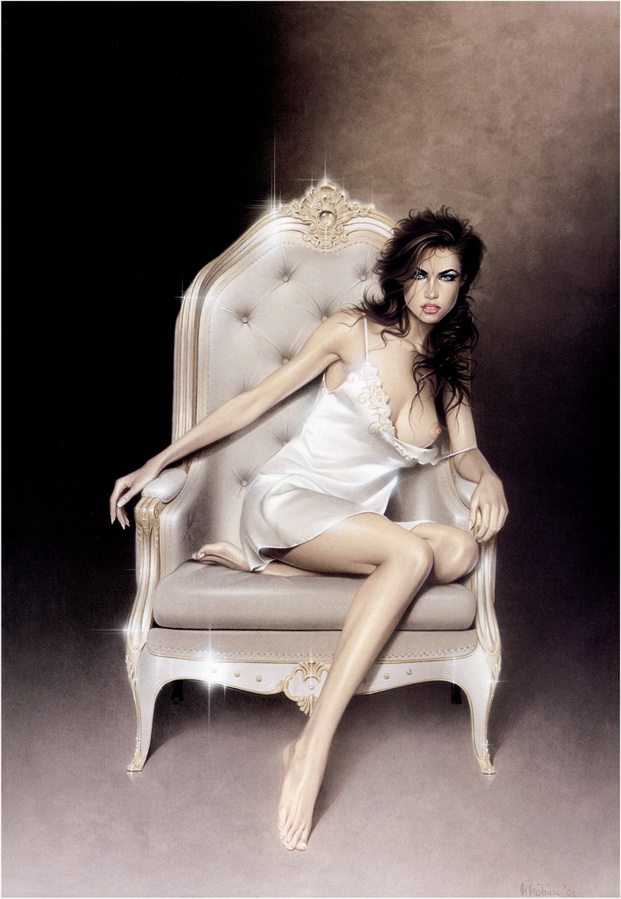 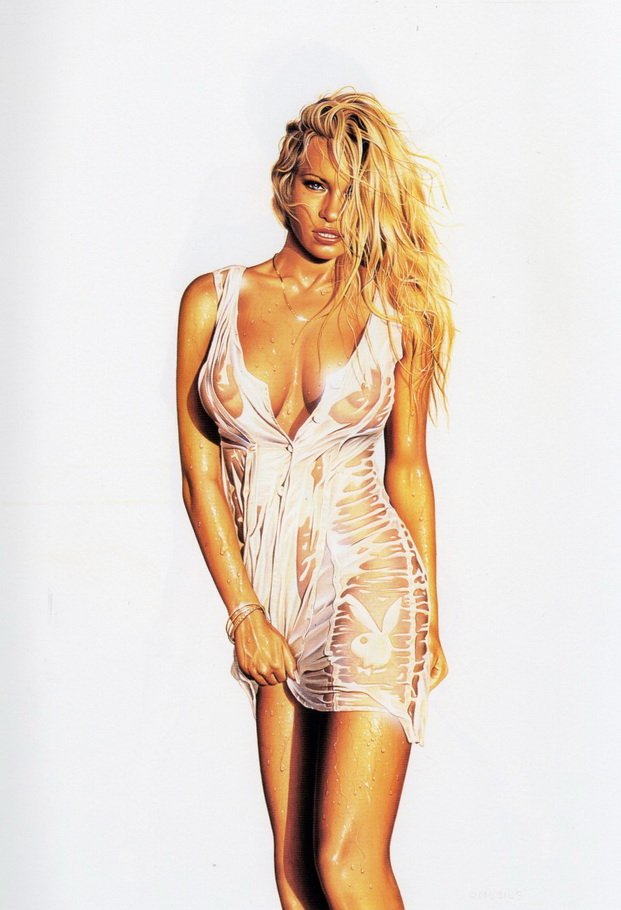 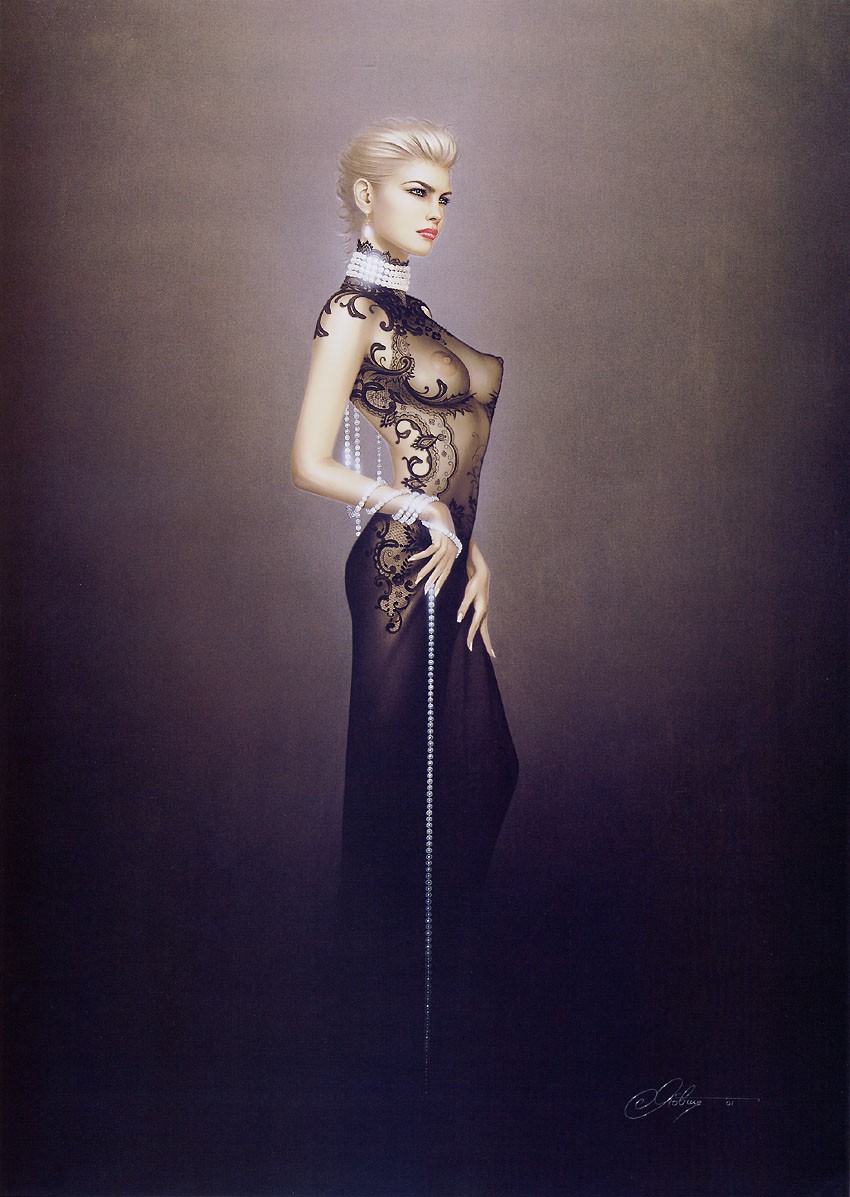 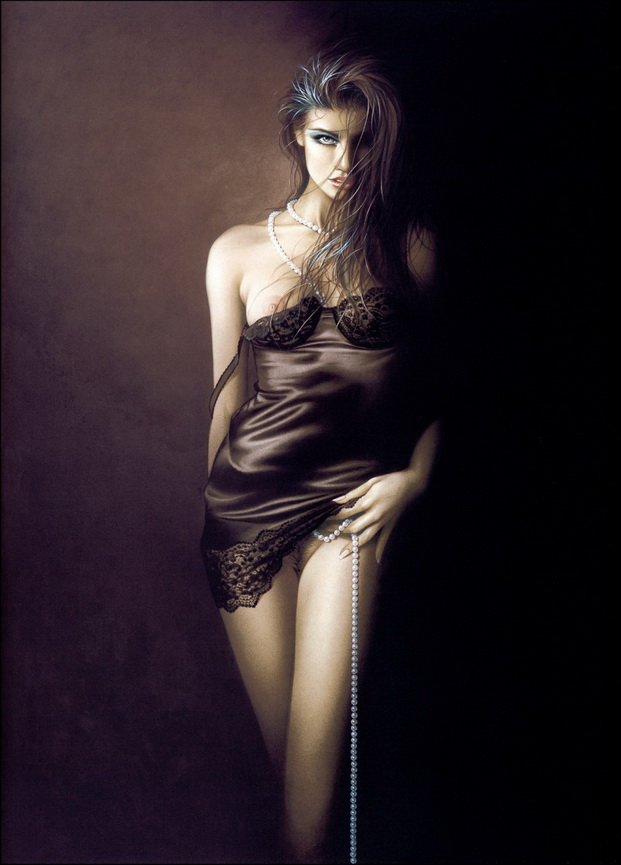 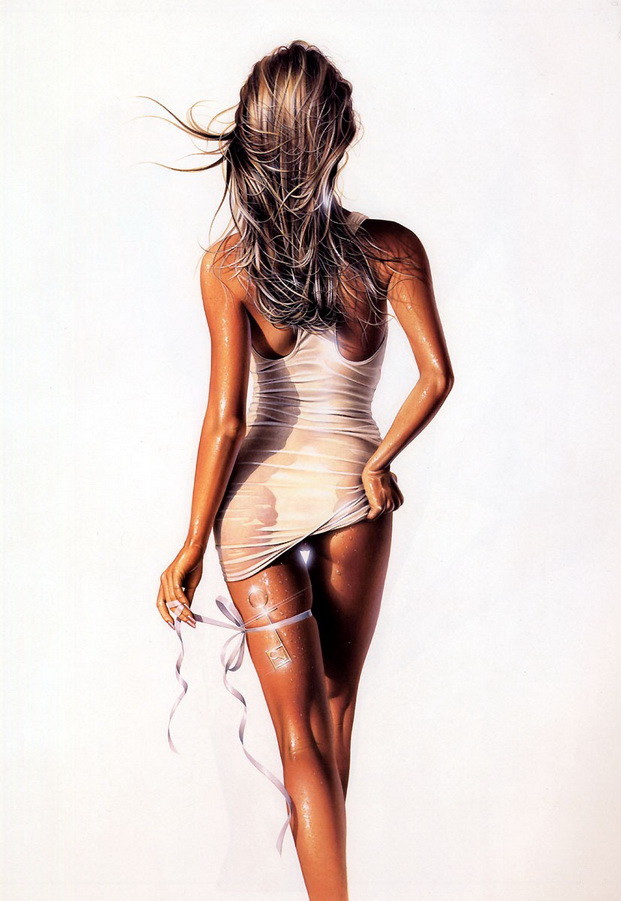 Michael Moebius came into the world in 1968, in the City of Pirna Germany. Having developed a love for art at an early age, cartooning became the young Michael's first passion. It was during a stint working in a parallel field of architectural illustration that Michael happened upon a book featuring the Pin Up's of Alberto Vargas. A new love affair took root, and Michael decided that figurative art would be his life's work. In 1998 Michael would get his big break-through. It was at this time, after the fall of the Berlin Wall that Michael was able to make his way to the United States.  His talent was readily apparent, and he quickly became a sought after favorite of collectors. Michael has already been part of major exhibitions throughout the country. His collector base includes also Playboy and other well-known companies.