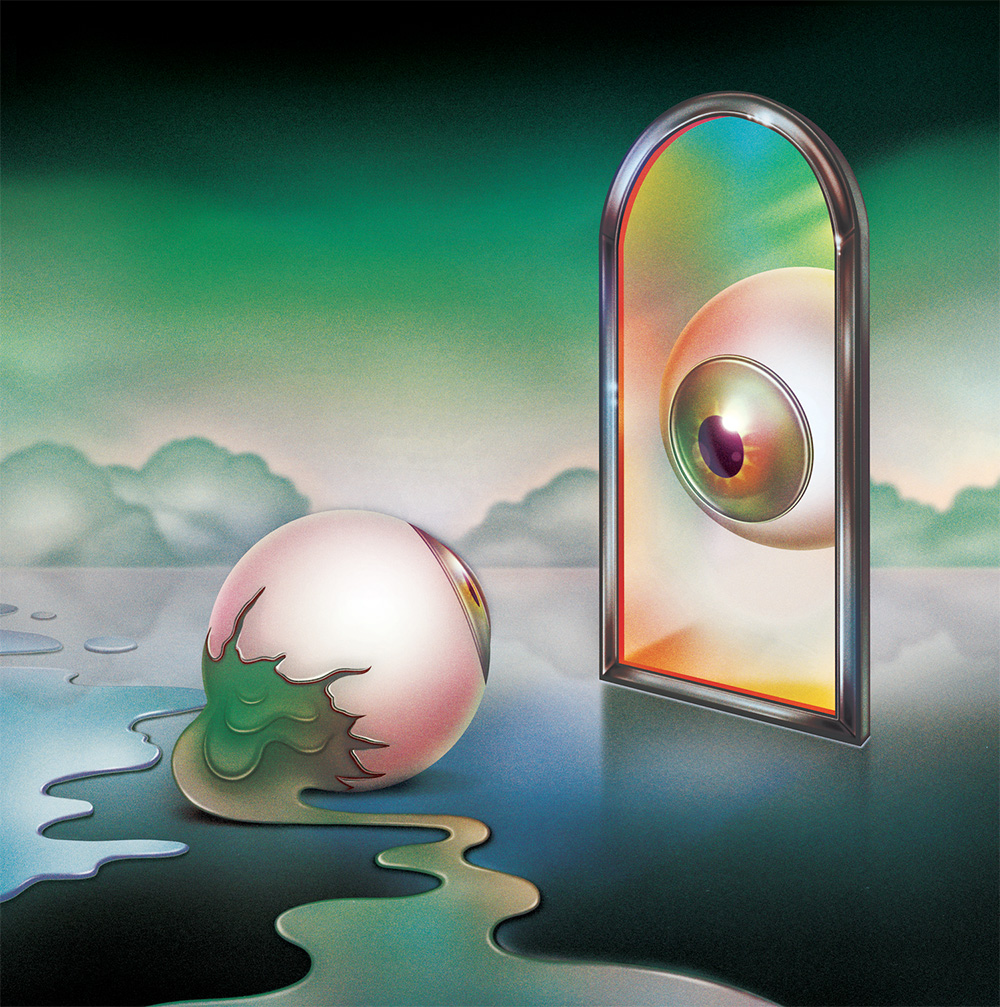 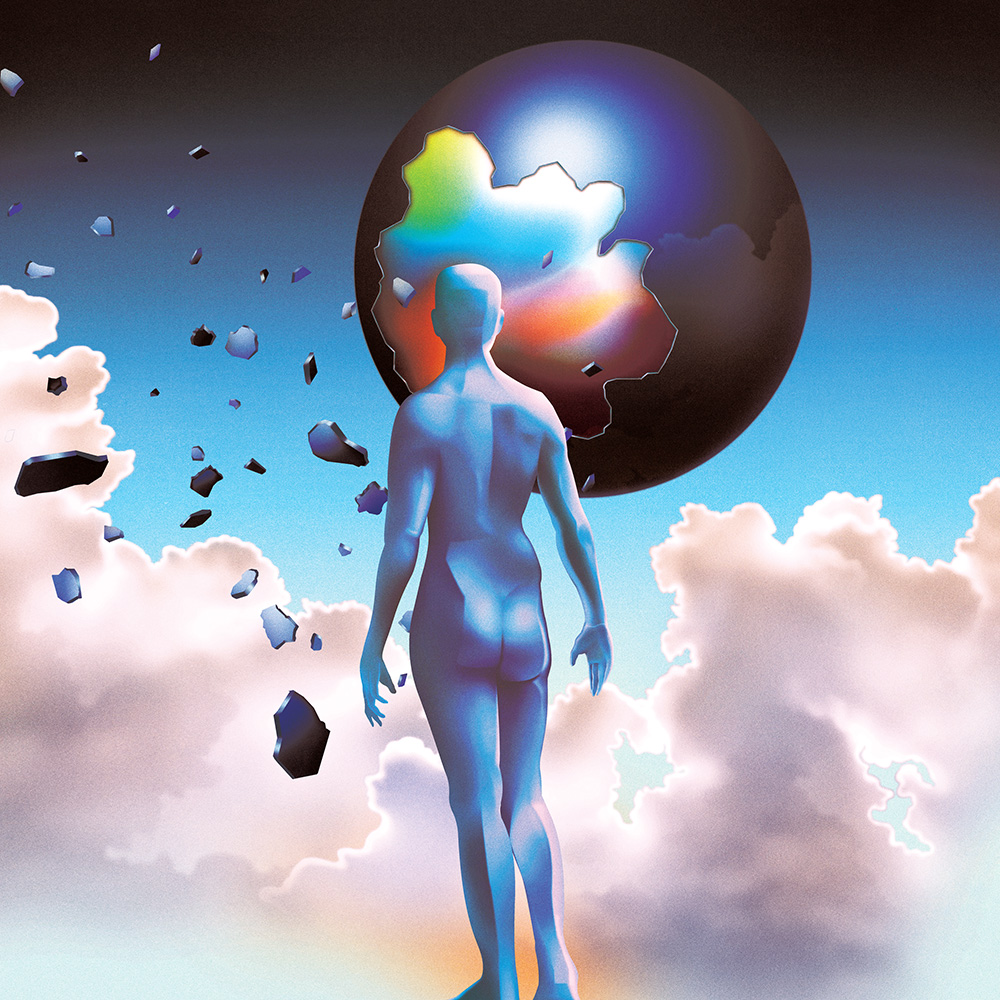 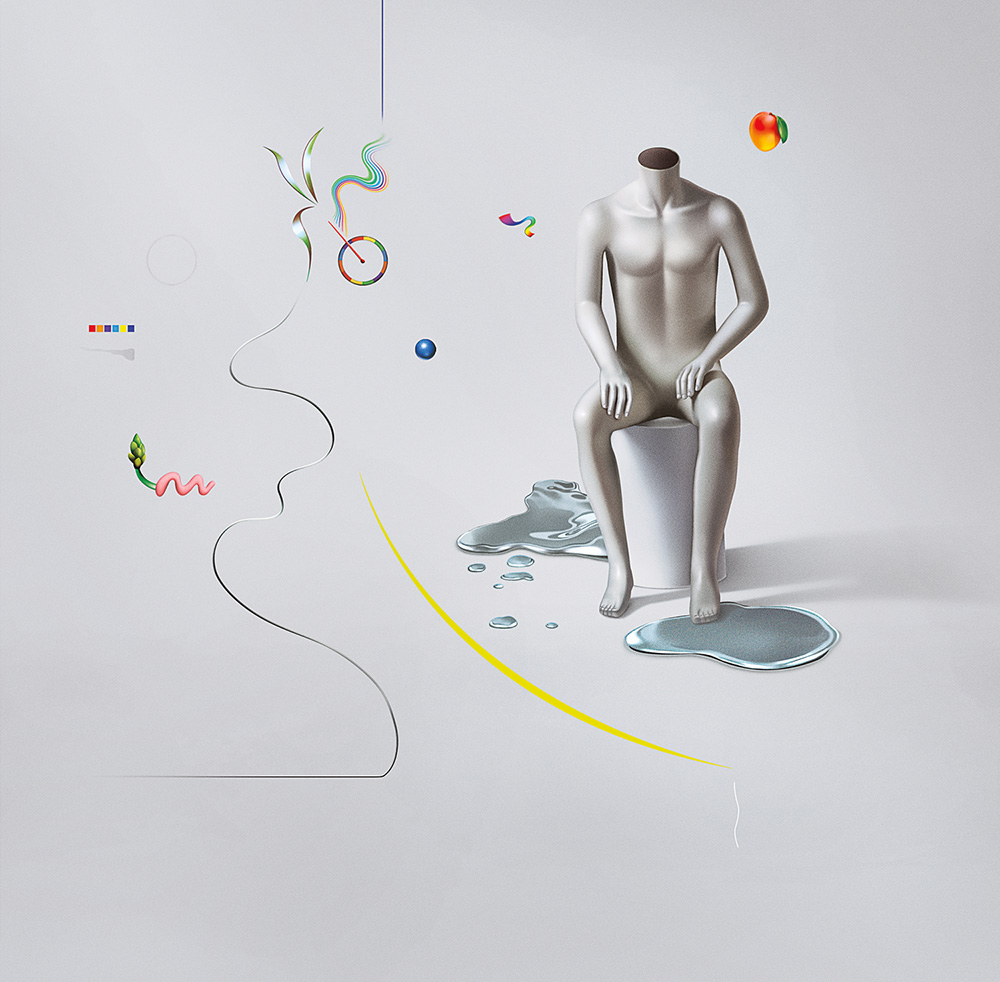 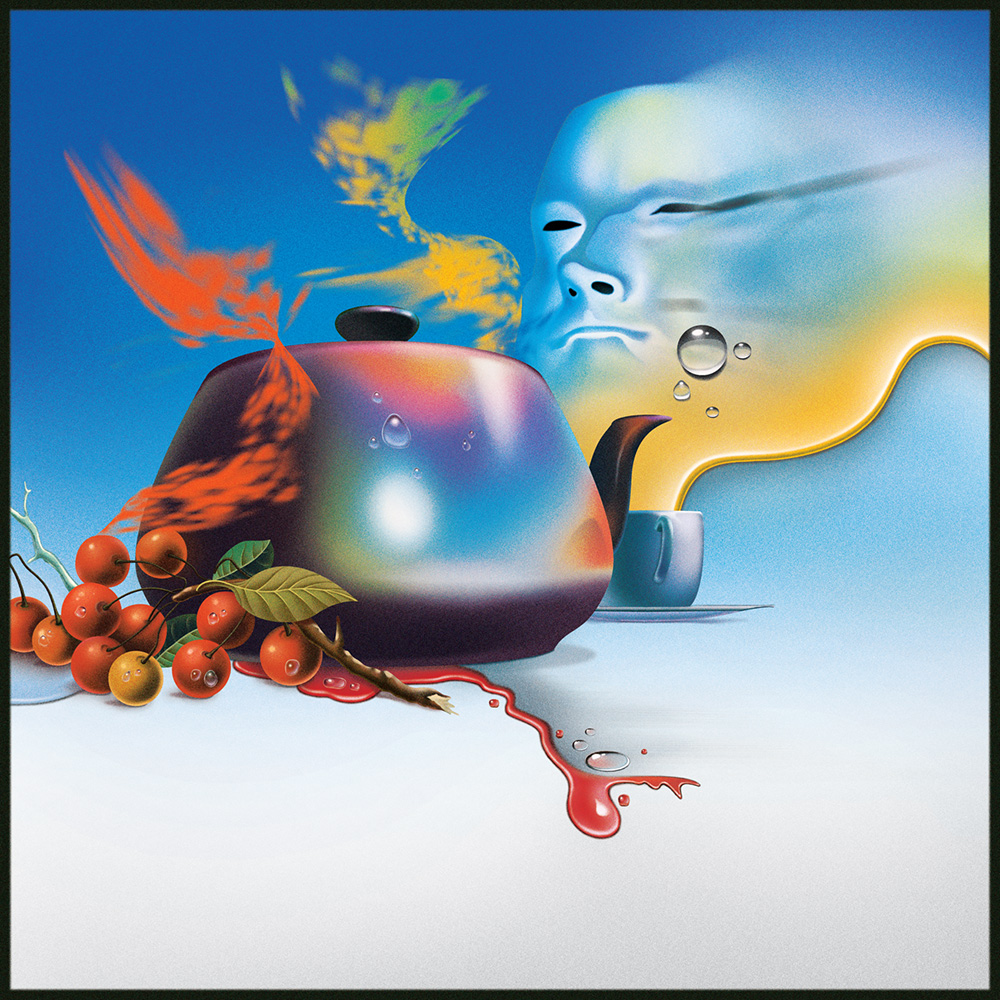 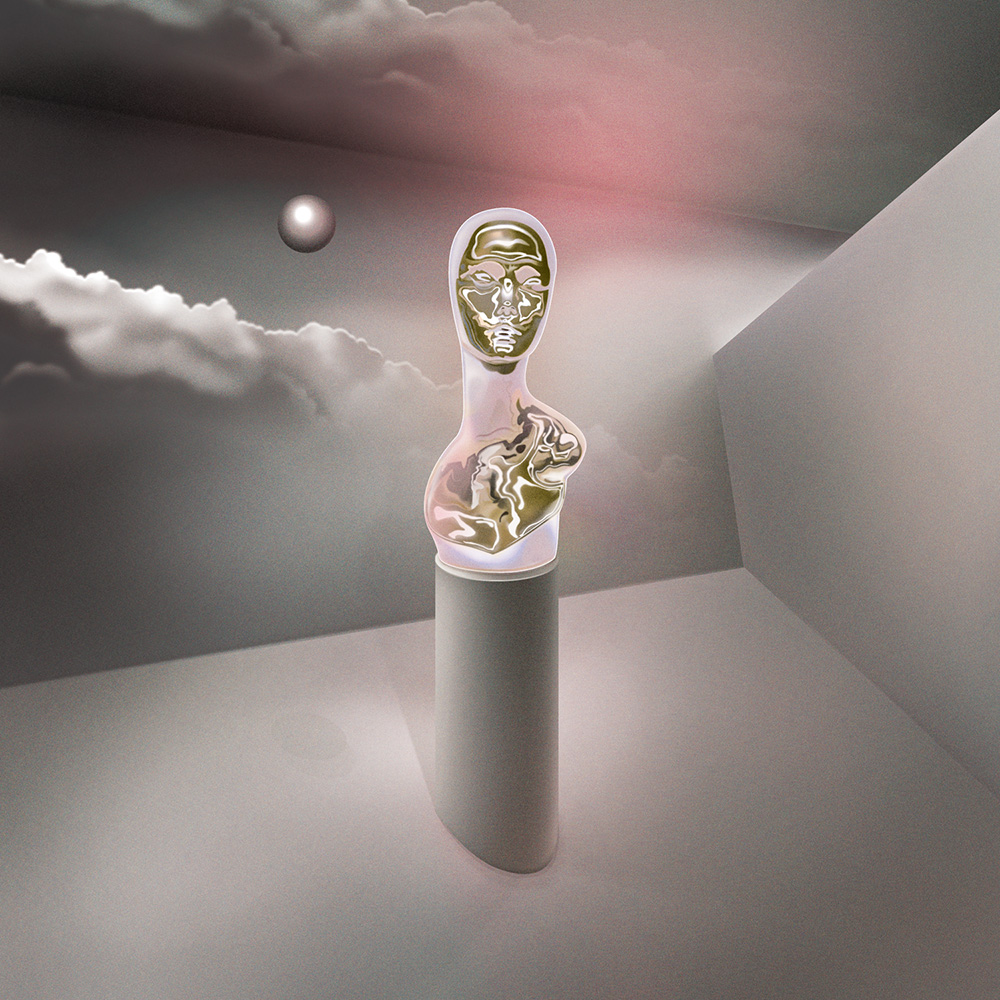 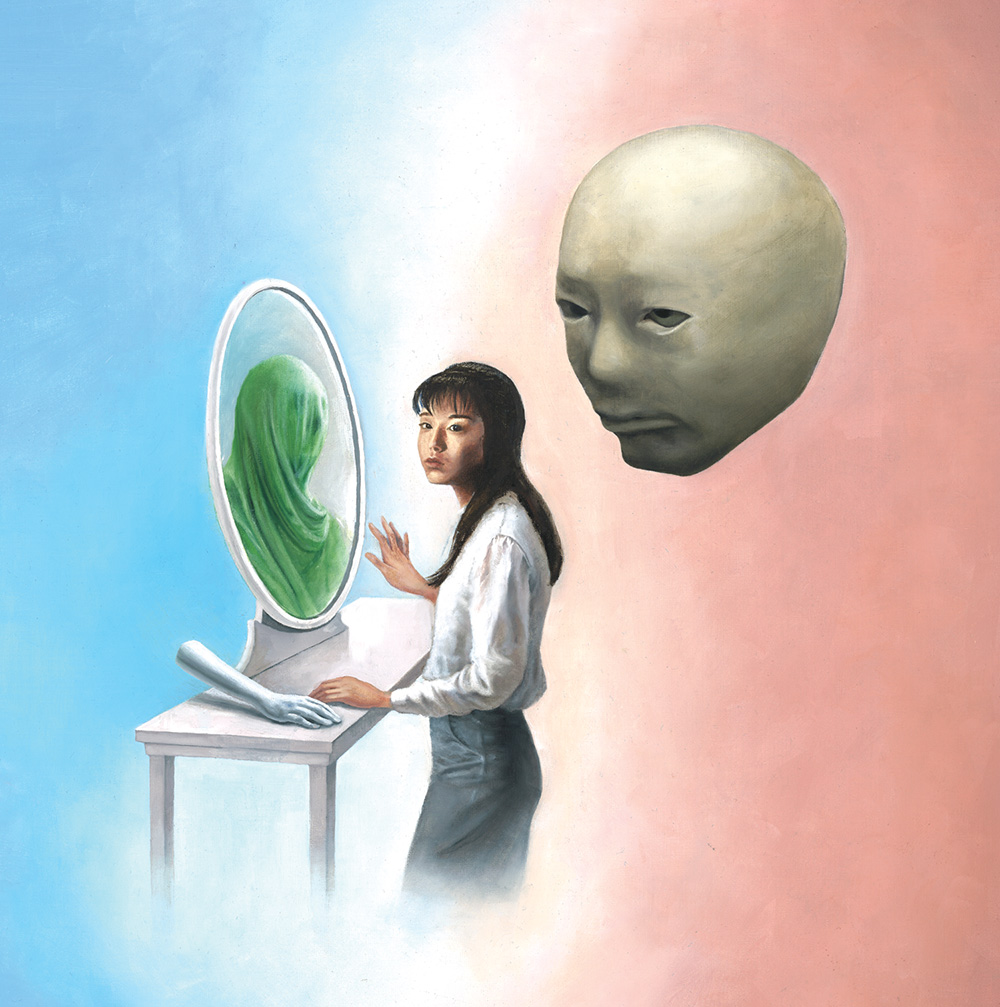 Keith Rankin is an illustrator, musician, and producer based in Columbus, Ohio. Also known by his music-moniker Giant Claw, he is the co-owner of Orange Milk Records with Seth Graham, a small record label based in Columbus and Dayton, Ohio that releases music from emerging noise, electronic, and experimental artists. He also creates and co-creates a lot of the cover art for these releases, building off a tradition of visual artists that grow collaboratively with musicians. In the age of soundcloud and bandcamp, this connection feels stronger than ever, as a growing number of young musical and visual artists use these platforms to grow followings for genres of music that have been largely "underground" for decades. Read on below for our interview with Rankin about growing up in Ohio, running a record label, making music, and creating his surreal visual artwork.

Which did you get into first, visual art, or music? What was your access point to each?
I was doing visual art since I can remember, then as a teenager I stopped for a time and focused on music, missing out on some crucial years of development before getting back into it later. There were too many access points, if you can remember being that young almost everything you hear is mind-blowing and new, what I heard and saw on the radio or movies for example was pure stimulus and inspiration.

What was the music scene like where you grew up in Ohio? How did this lead to you getting into underground electronic music?
There was a rock music and a harsh noise scene in Dayton, Ohio where I grew up, but I never interacted with them heavily because those scenes can feel like exclusive clubs when you’re on the outside looking in, even if they aren’t really. Being part of forums and peer to peer networks online was where I felt that first crucial connection to a community and how I became aware of electronic music. 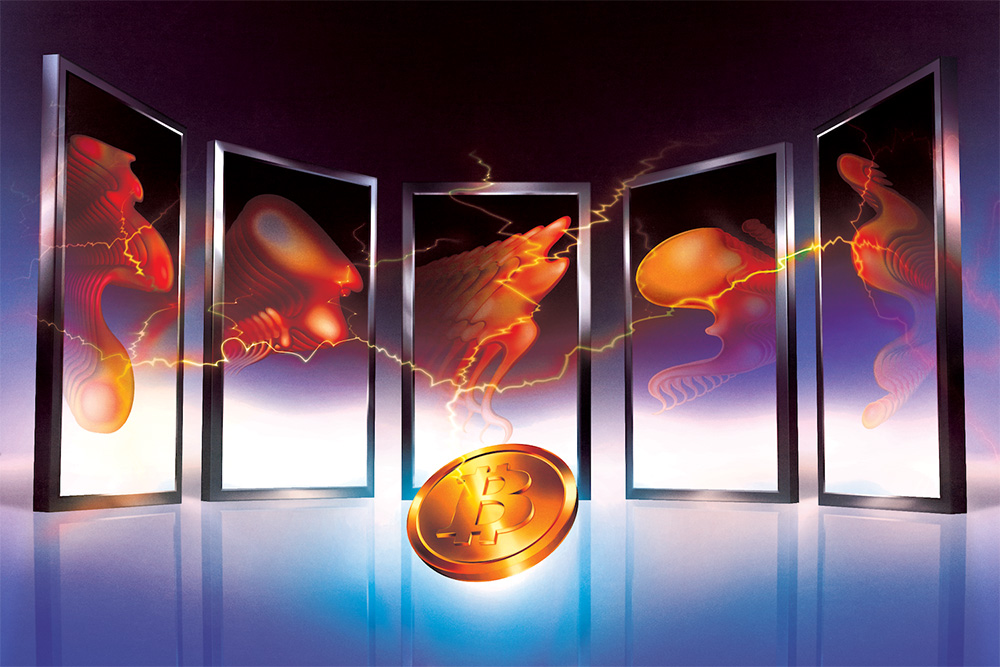 Could you describe how you connect your surreal visual art to the music your label puts out?
It’s intuitive and in some ways the connection is just through proximity. Unless we want to hire outside artists for every release, which becomes really expensive, it makes sense to use my art, and I think if you repeatedly pair audio with visuals they start to spawn a new merged identity, or natural connection points emerge. But sometimes we do hire outside artists if the music’s feeling is something I don’t think I can even start to approach with my visual capabilities or if I don't have enough time.

Are you still based in Columbus? If so, what has kept you there rather than moving to one of the "big market" cities? Many artists are willing to pay the exorbitant prices, but it's becoming less and less appealing/possible.
Yeah I live in Columbus. I must have a midwestern core, I just prefer that slower pace of life. When I would be on tour I would stay with my label partner Seth in New York, and I realized we would mostly sit and talk or record music, the same thing we would do in Ohio. 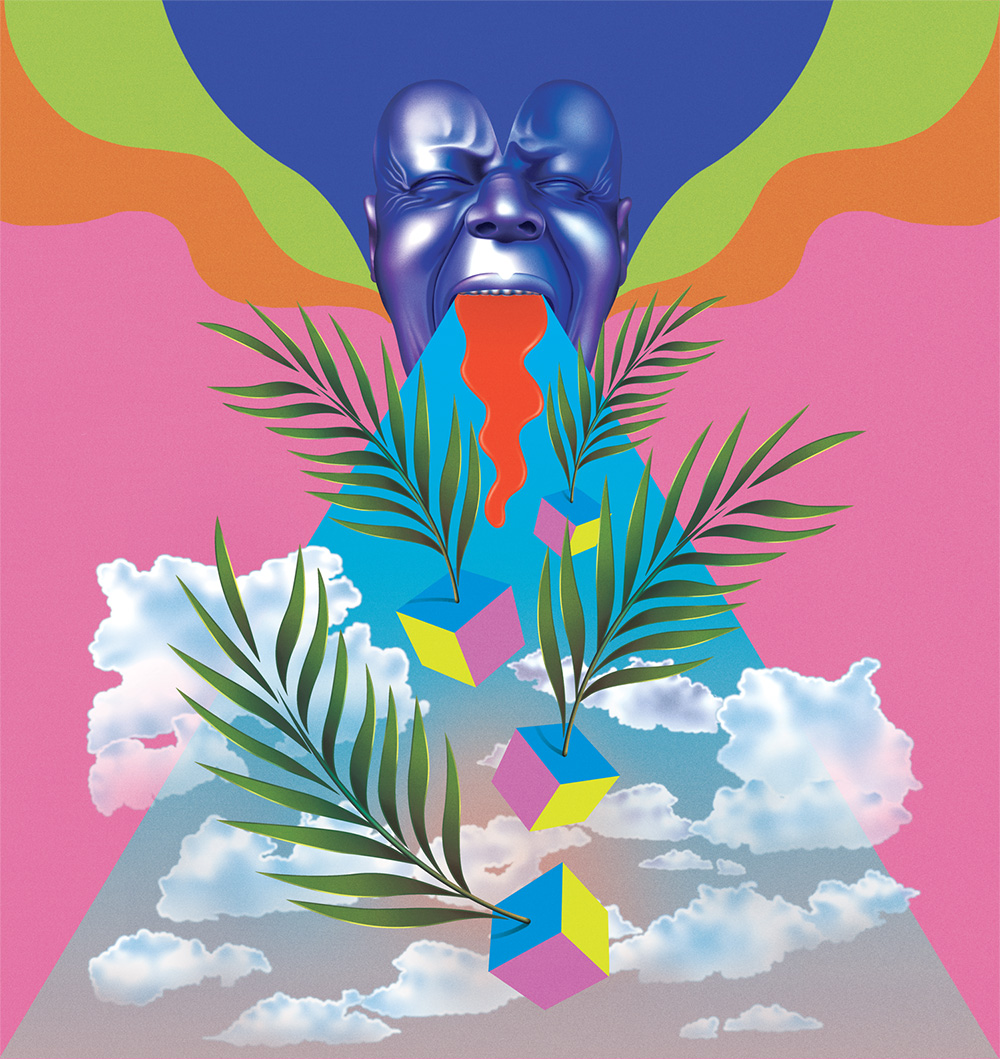 What's your average day look like?
I can tell you what I did yesterday. After waking up I wash my hair, cause it will get really greasy if I don’t, I eat cereal and watch Youtube on my TV. Then, I get on my computer and check emails and pack Orange Milk orders for a while. I take a break to make lunch and watch more Youtube, then play Magic the Gathering on my phone for a little. Then I get back on my computer in my audio program Logic and play around, designing sounds that I plan to use for a piece of music later. I’ll listen to tracks I have in progress but feel stuck with several times, trying to figure out what direction to go in. I look at twitter and listen to Orange Milk demos, finish tape layouts in Photoshop. It goes on. Basically I'm on the computer a lot since I make a living as a freelance artist. Sometimes I just sit around doing nothing all day to mentally recharge if I don't have a commission, then when I’m feeling good, I’m working on audio or in photoshop nonstop every waking hour.

Who are some of your all time favorite visual artists and who are some more recent favorites?
Every time I see an image I like online I save it, so I have this massive folder of images that is my main source of inspiration on a day-to-day level. To be more specific, and name some people, first I have to say my partner and collaborated Ellen Thomas who is a great painter. I love old painters like Joan Miró, Toyen, and Vangel Naumovski, who I think is somewhat overlooked. I love Japanese airbrush artists like Pater Sato, Yosuke Onishi and many more in a similar style, and more fantasy or sci-fi artists like Karel Thole or even new insane Dungeons and Dragons-style fantasy art. For modern artists I love Robert Beatty who helped me with Photoshop technique when I first started, and Nicole Ginelli who helped me with Illustrator, so many people on my instagram like Braulio Amado, Jamian Juliano-Villani, Emma Stern, Donnie Fredericks, and of course my IRL friends Galen Tipton, CJ Brazelton, Ginssiyo Apara and Zach Armstrong, and many other 3D artists/painters doing interesting things! 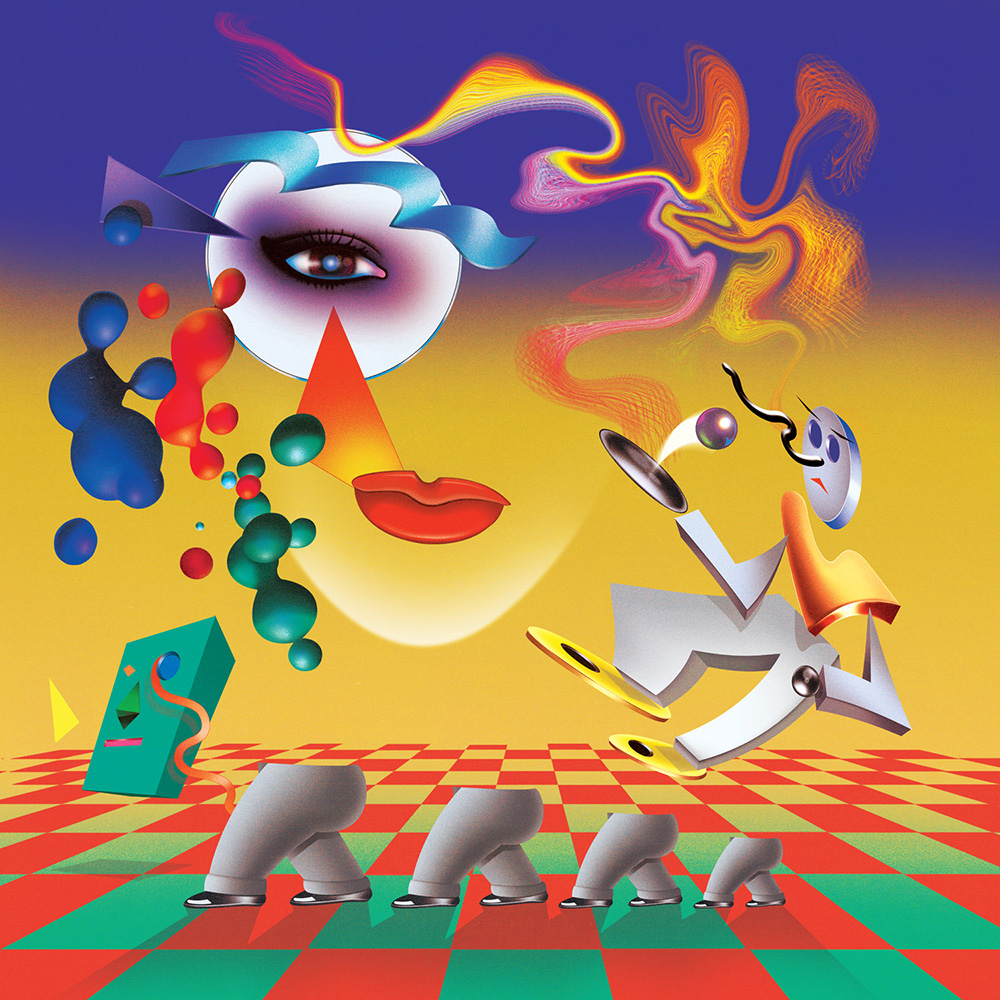 What's a direction you'd like to take the label and your visual art in the future? Do you have any upcoming projects that you're really looking forward to?
With visual art, I still have a long way to go, I have felt the weight of my influences for a long time, and it can take even longer to find some identity for yourself, so I hope to keep moving forward. Orange Milk is a combination of me and Seth’s taste which also keeps evolving, but I would like for us to get better at being organized and promoting releases. I’m excited for a lot of upcoming releases, we have an LP from Co La that is finished, and have tentative plans to work with artists like Pascale Project and Meuko! Meuko! as well as the Japanese artists toiret status and Koeosaeme who we have worked with before, but their new material is really mind blowing.