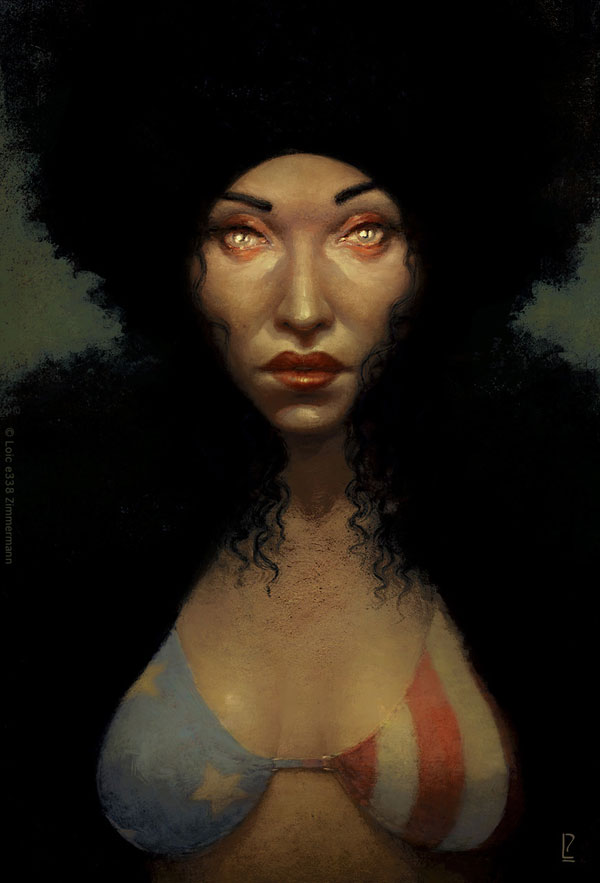 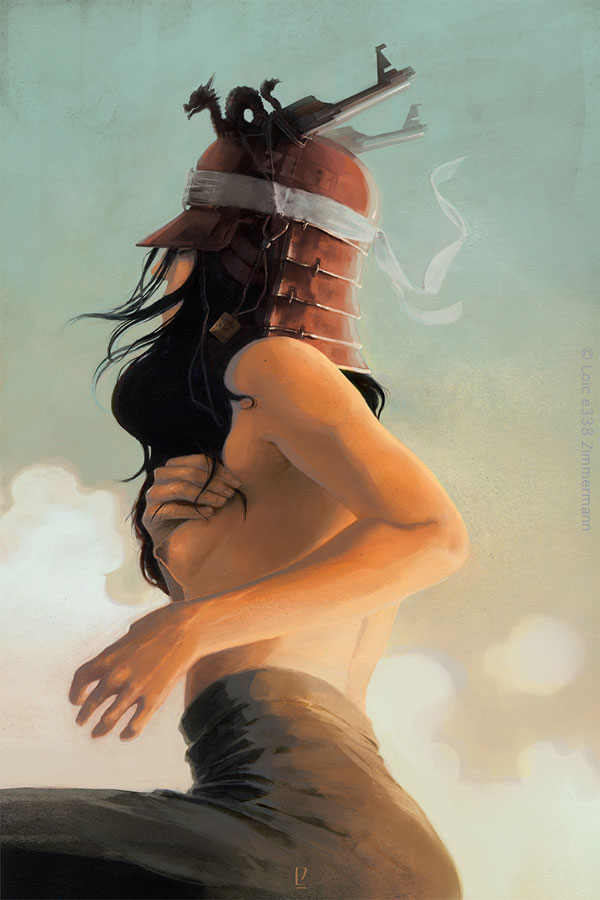 Loic Zimmermann is a French visual artist living in Los Angeles and working as a concept designer (Luma Pictures) on movies such as Thor, XmenFC, True Grit, Percy Jackson, Harry Potter and the half blood prince, Wolverine and Underworld. Though in his spare time, he spends his days painting and illustrating some very appealing nearly nude ladies.