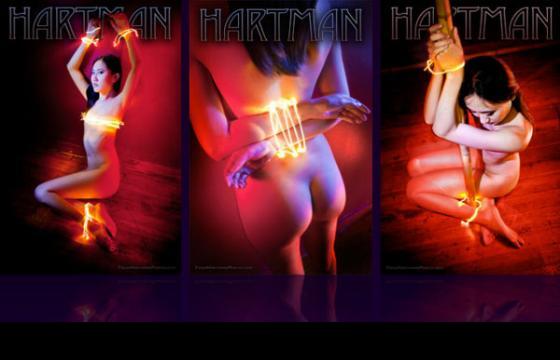 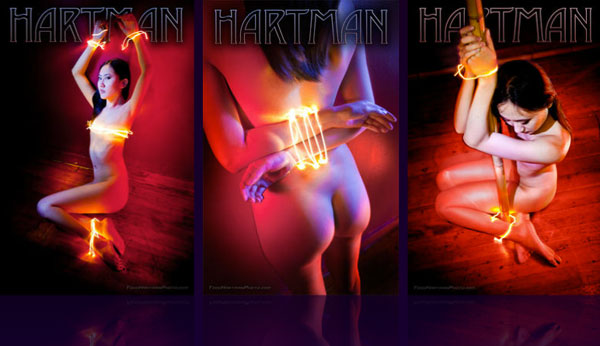 'Born from a desire to express an ever expanding range of dark and light values, this series not only reaches to the far limits of how our eyes perceive physical light but also how our psyche perceives the human nature and its relationship to light and dark, good and evil, dominance and submissiveness.This series puts the light beam to good use and transforms the ungraspable into a visibly tangible binding element which gracefully holds the subject in their position.  The result is an almost impossible scenario of light interaction with the model, as if the light is living and elegantly dancing around the body.This process uses multiple light sources applied applied over an extended period of time during which the photographer is allowed to move around the model, essentially painting with light.' Todd Hartman
Todd Hartman is one of the featured erotica artists that will be participating in the upcoming Masquerotica event in San Francisco. 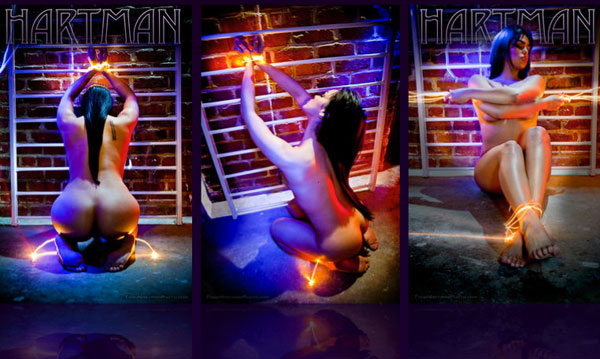 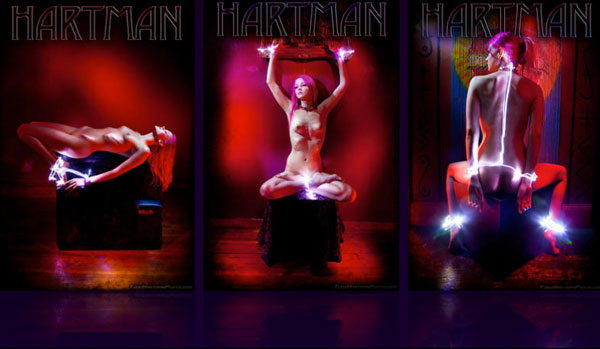