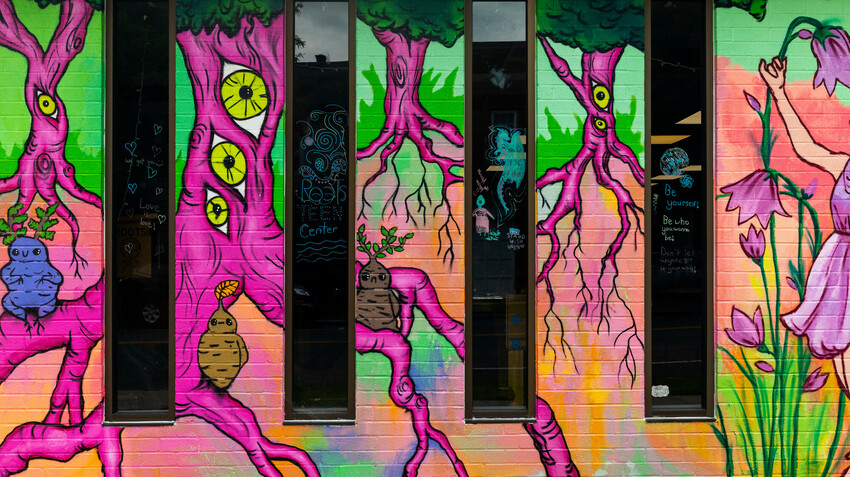 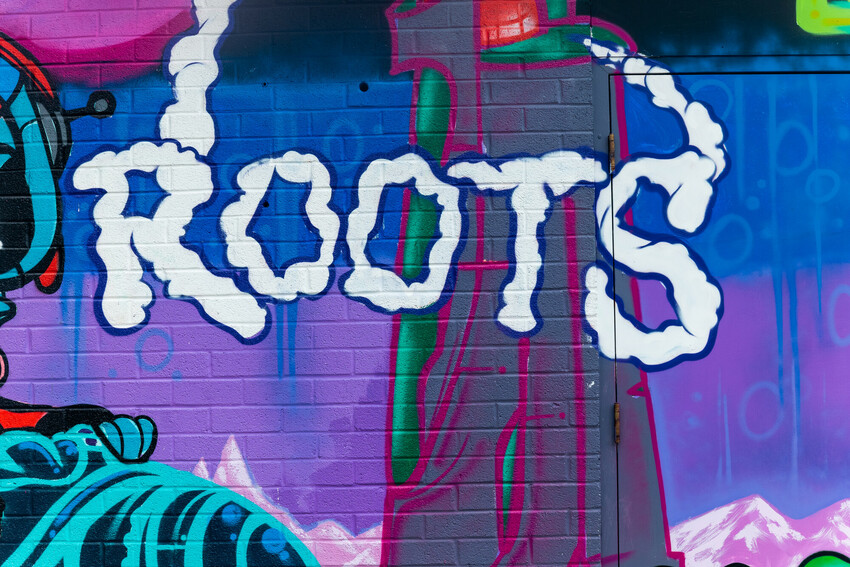 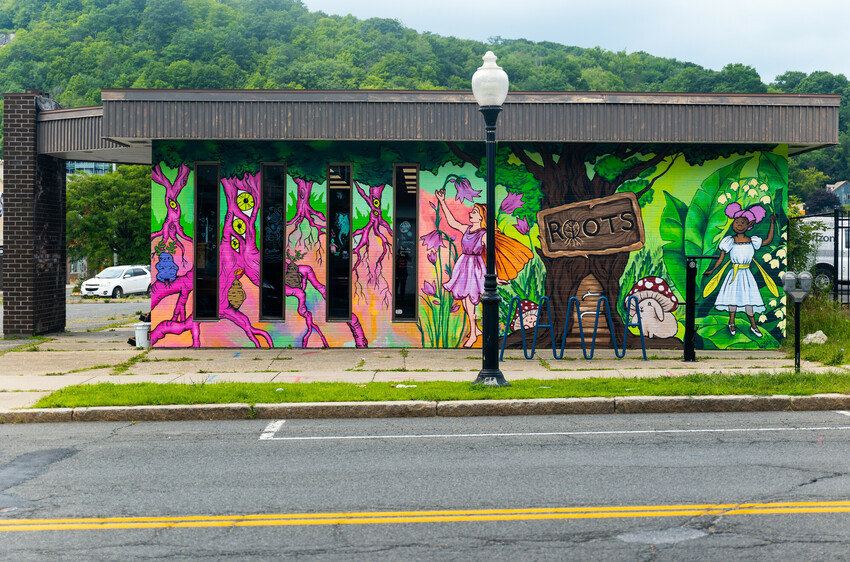 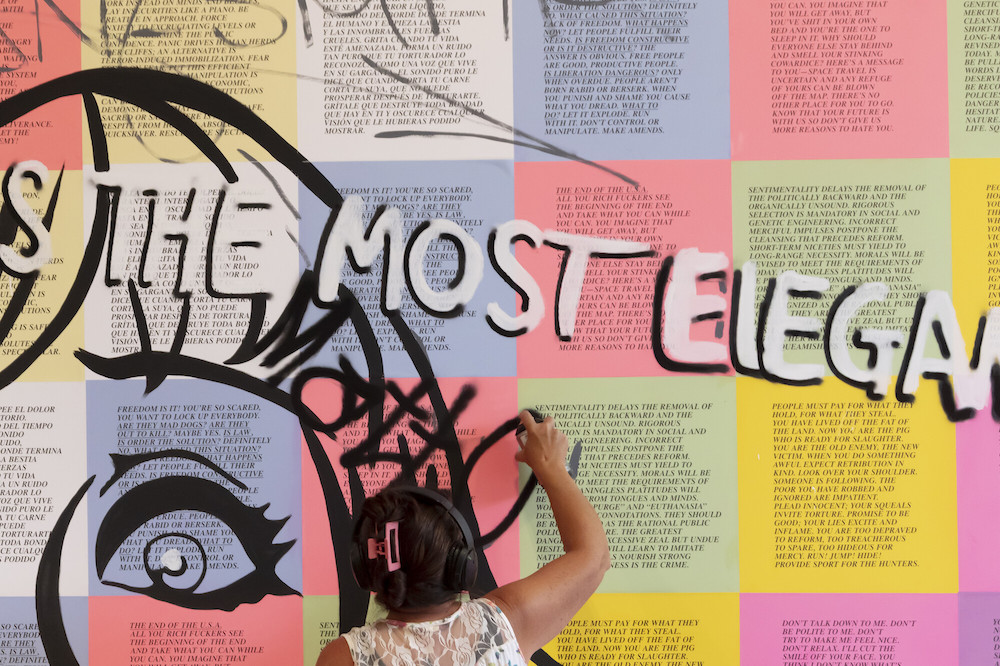 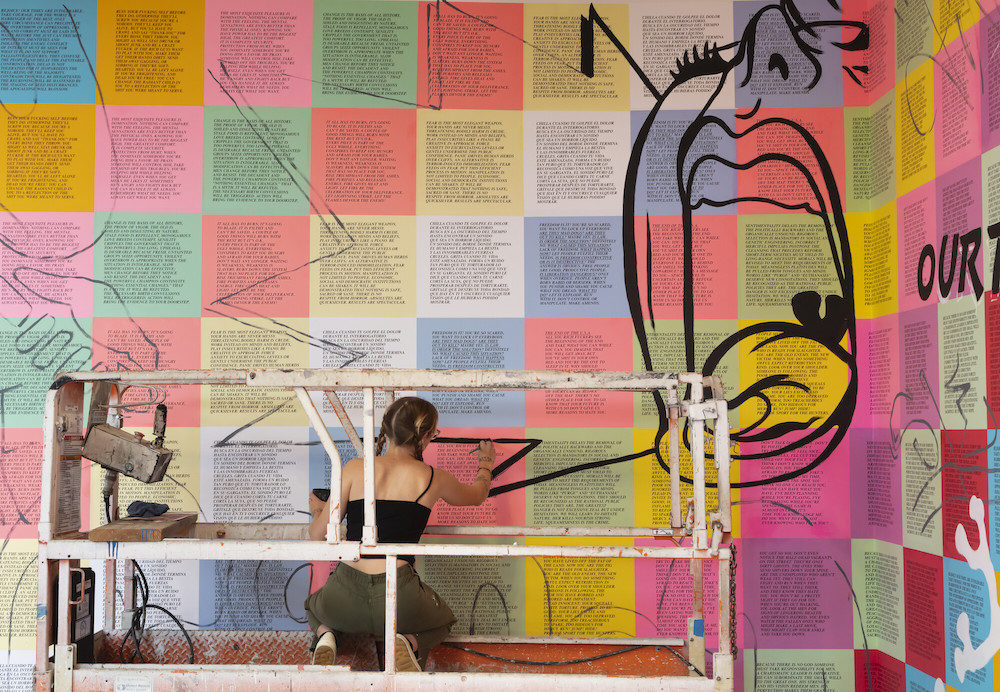 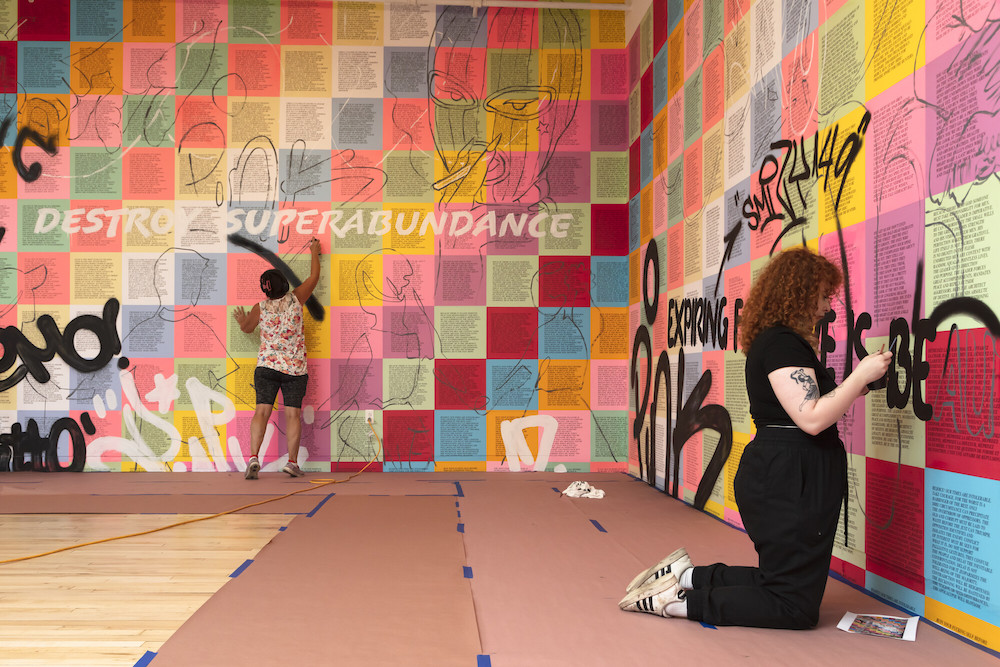 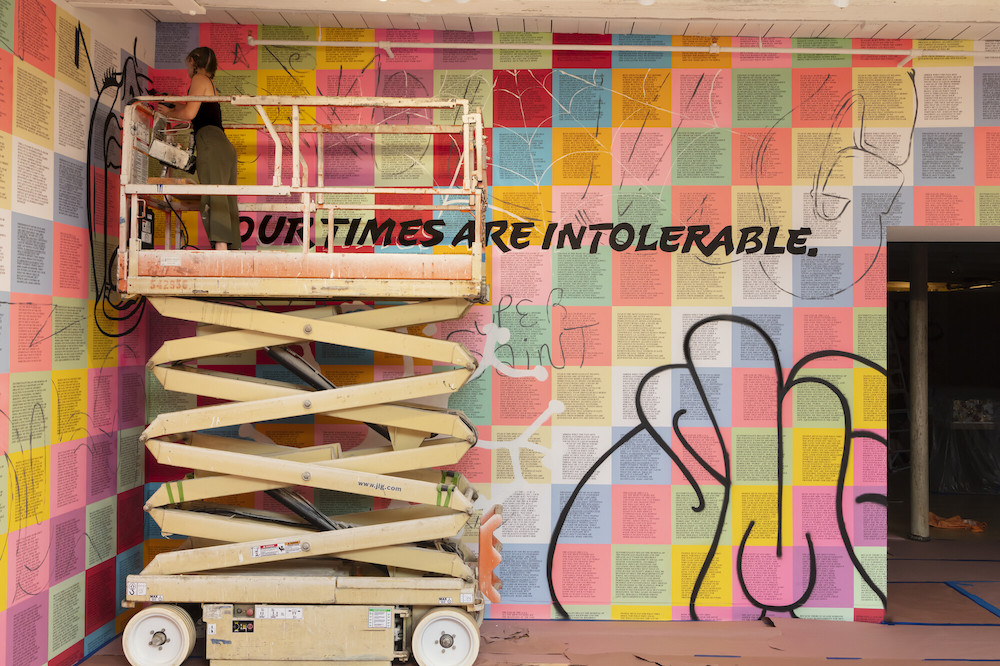 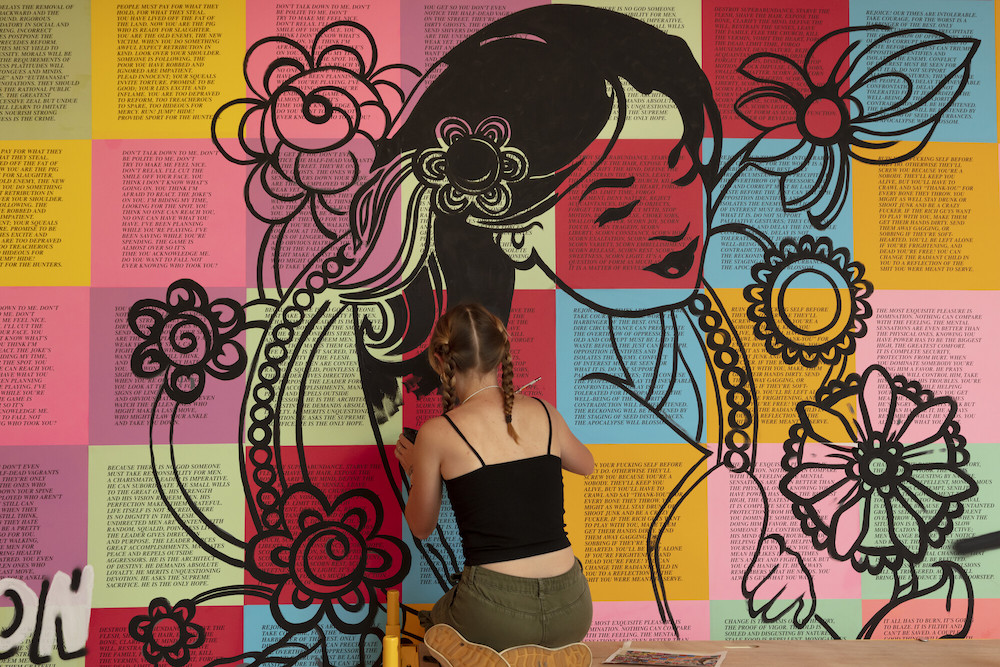 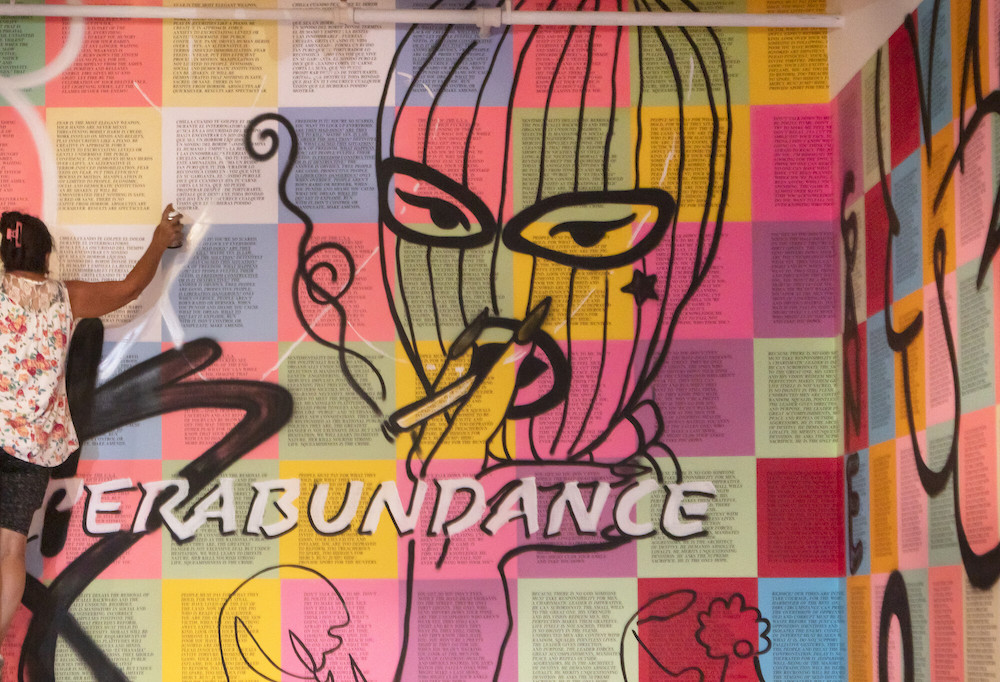 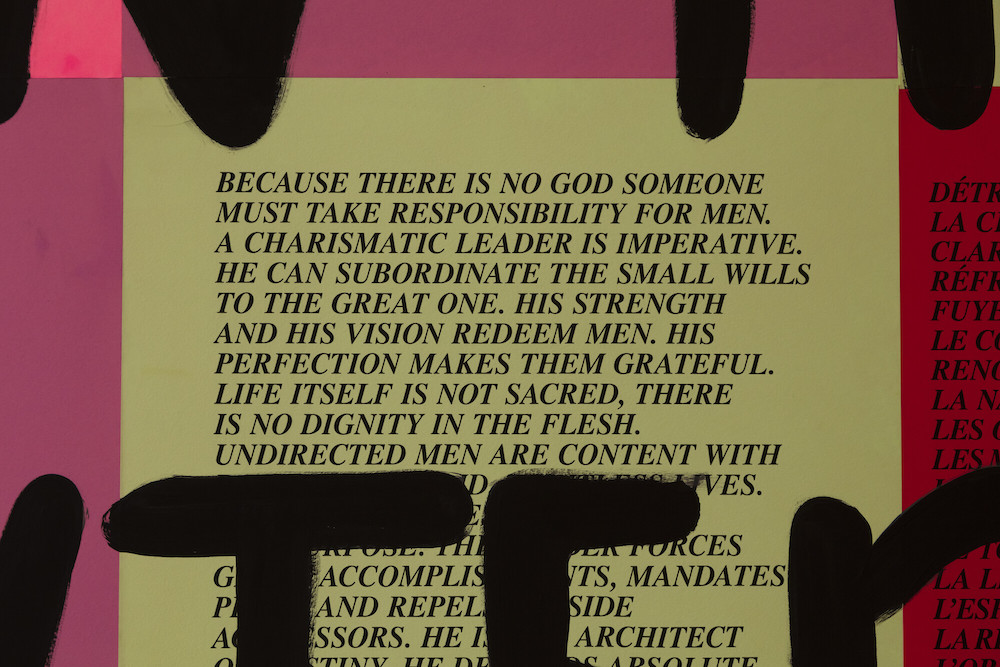 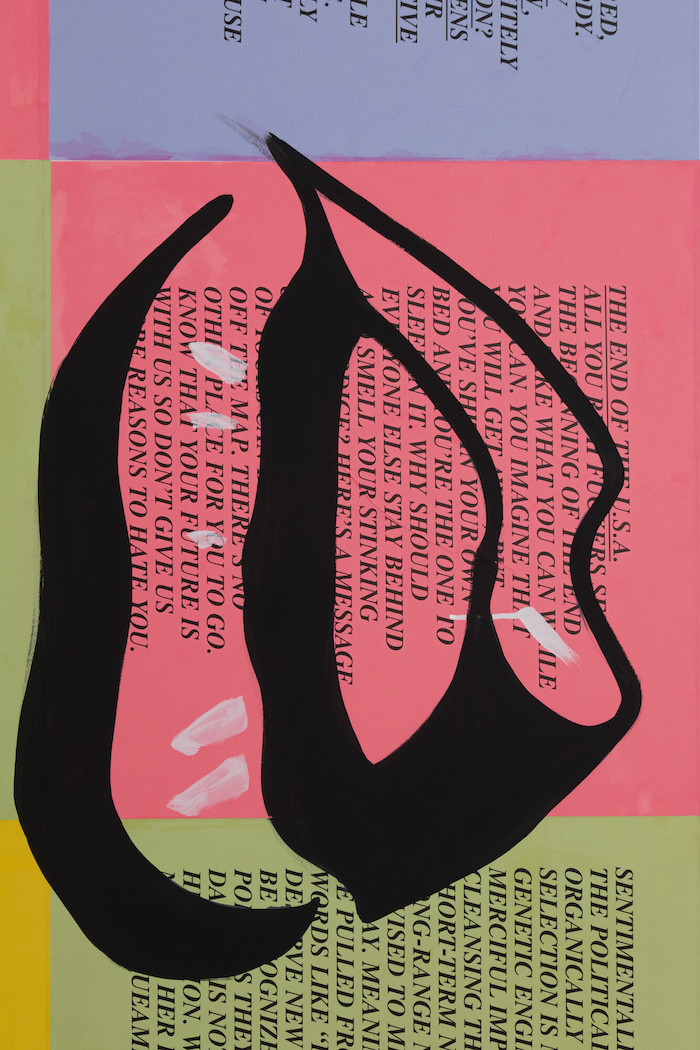 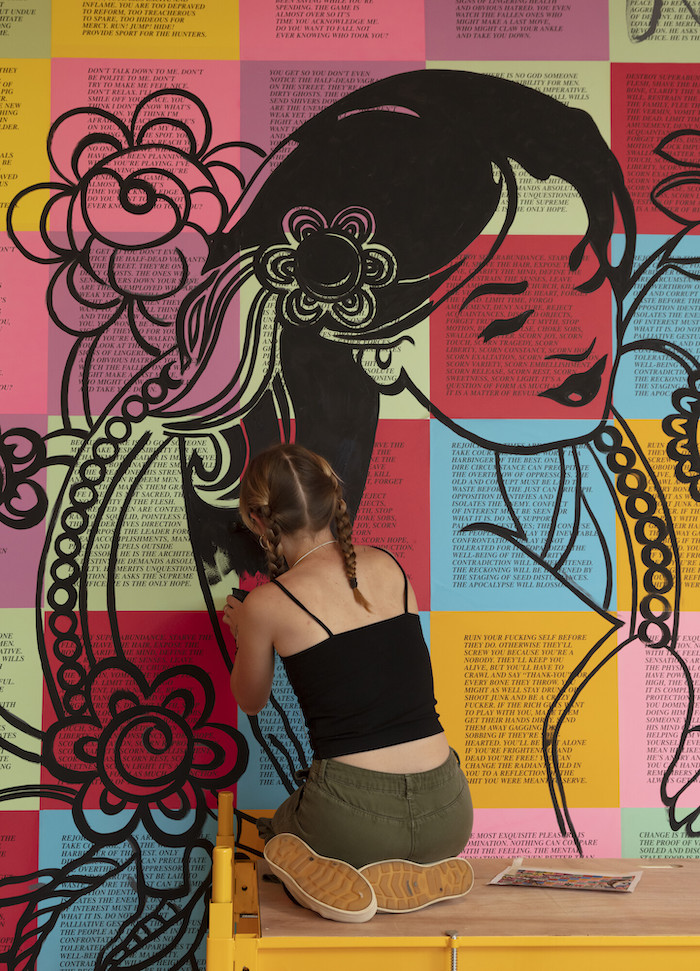 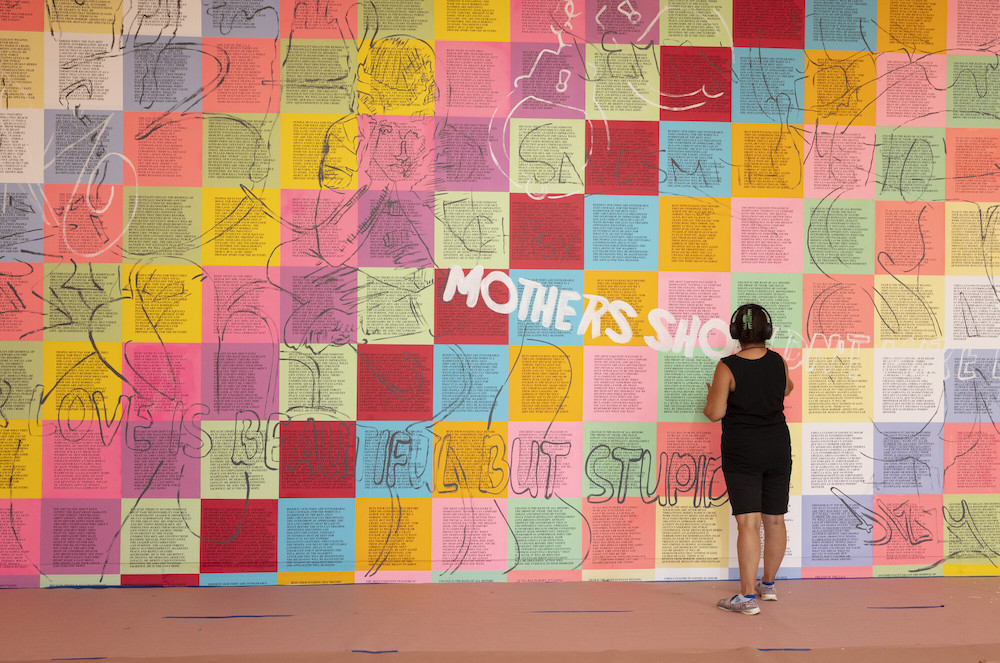 In 1979, while she was still a high school student, Lady Pink began writing graffiti and creating expansive murals on subway trains and industrial buildings in New York City. Her work often incorporates vivid renderings of feminine figures, brilliant colors, references to the subway cars on which she traveled and painted—and, always, the letters “PINK.”

Lady Pink’s crew named her Pink because she was one of the only graffiti writers on the scene at the time who was a woman—while she herself notes, “I titled myself Lady Pink because we were royalty.”[1] She reflects, “I was a feminist before I even knew what the word was. … A lot of those female themes are in my work because early on I could see we haven’t reached equality.”[2] She eventually founded the all-women graffiti crew, Ladies of the Arts.

During the late 1970s and the 1980s, the growing graffiti subculture in New York was the target of increased police surveillance and security, making Lady Pink’s successful missions to tag hard-to-access sites even more challenging and impressive. At the same time, graffiti artists’ renown grew within popular culture and the art world. In 1982, Lady Pink was featured in the film Wild Style, a fictionalized chronicle of the scene, also starring famed graffiti artists Fab 5 Freddy and Lee Quiñones. A year earlier, all three artists were part of the legendary New York/New Wave exhibition (MoMA P.S.1, New York) alongside artists including Jean-Michel Basquiat, Sarah Charlesworth, Keith Haring, Maripol, and Robert Mapplethorpe.

Lady Pink x Jenny Holzer
B6: The Robert W. Wilson Building, Fl 3
In the late 1970s and early 1980s, both Lady Pink and Jenny Holzer infiltrated public spaces in New York with their respective artworks: Lady Pink created large-scale graffiti murals, while Holzer anonymously pasted posters and applied stickers bearing thought-provoking texts. After meeting circa 1982, the artists collaborated on a series of paintings combining text by Holzer and imagery by Lady Pink. They have reunited for a new project at MASS MoCA. Much as Holzer’s Truisms and Inflammatory Essays represent a variety of perspectives and philosophies, the images in Lady Pink’s mural—from memento mori to characters rendered in a style reminiscent of mid-century comic books—reference a range of artistic idioms and histories.