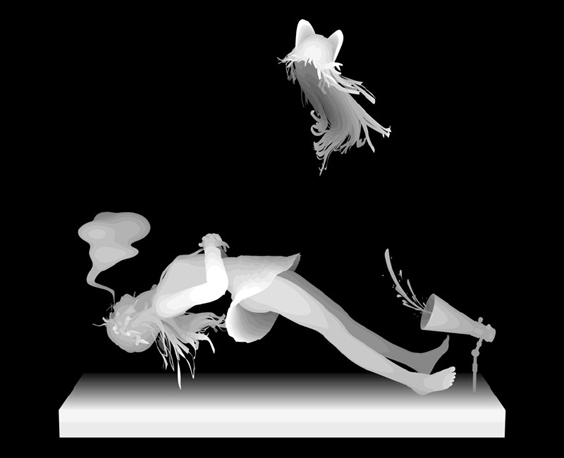 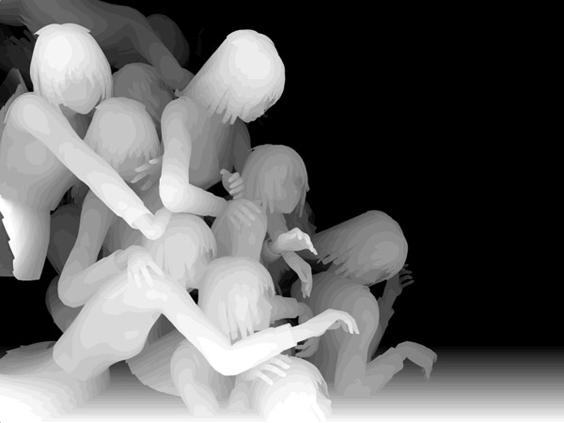 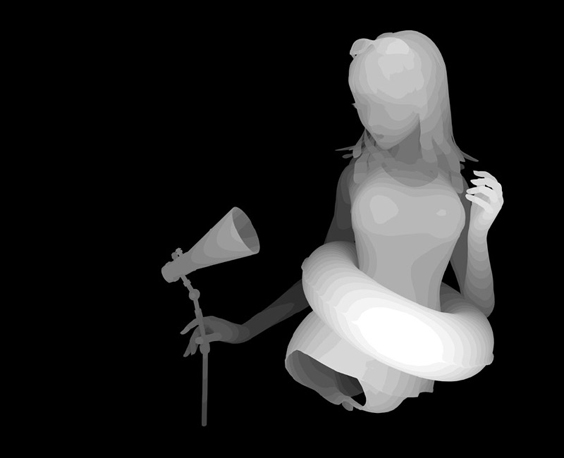 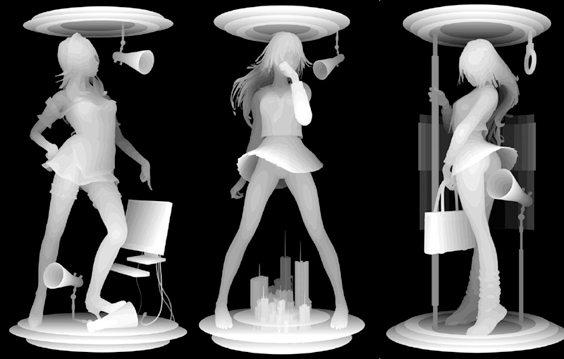 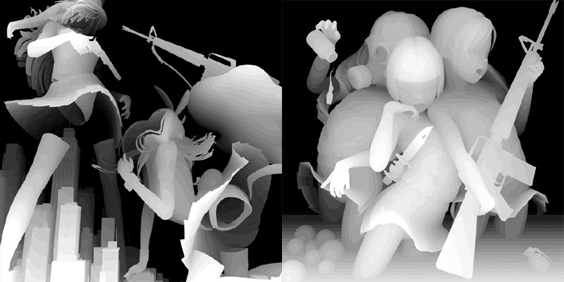 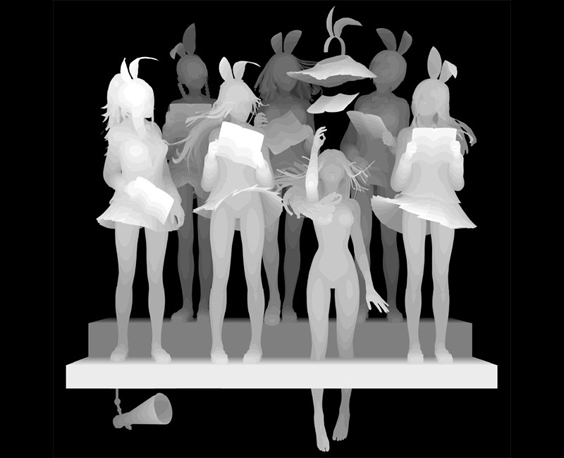 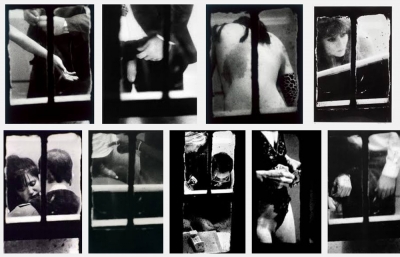 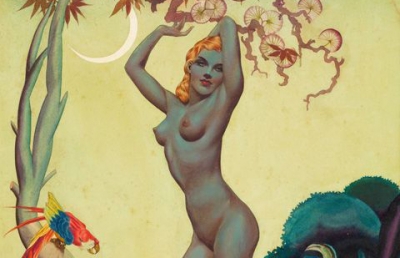 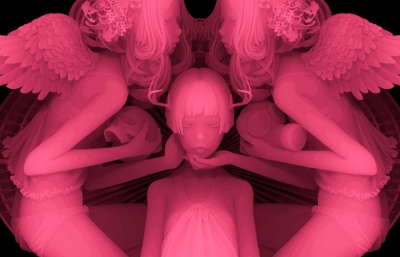 There is a technique, known as depth-mapping imagery, which gives a three-dimensionality to an artist's work. One such artist using this method in his gouache paintings, is self-declared fantasist, Japanese sculptor and painter Kazuki Takamatsu. He creates stunning images of what might best be described as semi-erotic, childish Lolita girls in a dreamlike 3-dimensional fantasy haze.

Kazuki undoubtedly enjoys the mixing of traditional techniques with more modern ones, using gouache for hand-painted, single-color based figures, and at the same time employing the ultra-modern Depth Map, which is a technique, wherein each individual pixel becomes a shade of grey, each shade proportional to the distance from which the viewer sees it, in a combination that provides the artist with the ability to achieve amazing depth and surrealism in his works.