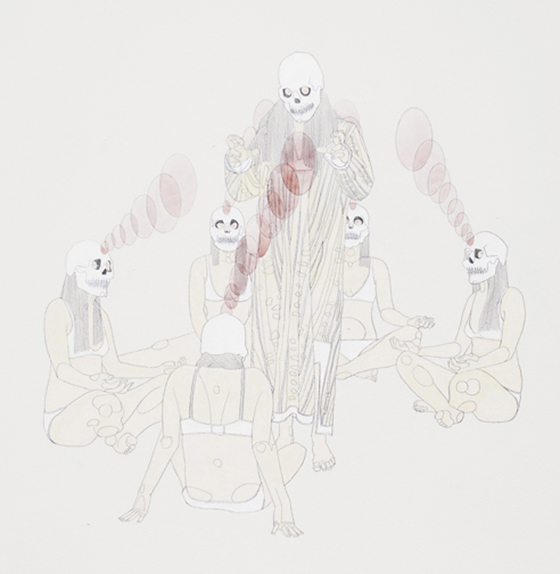 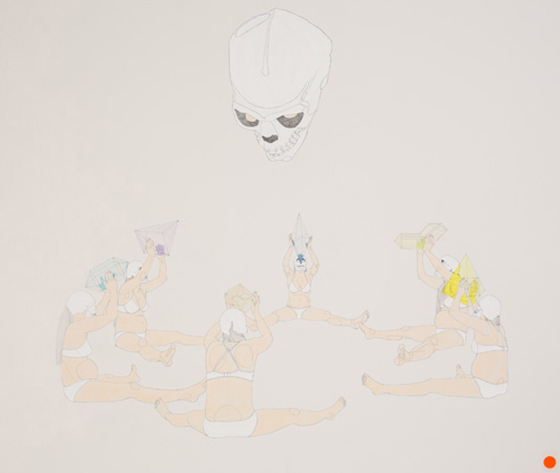 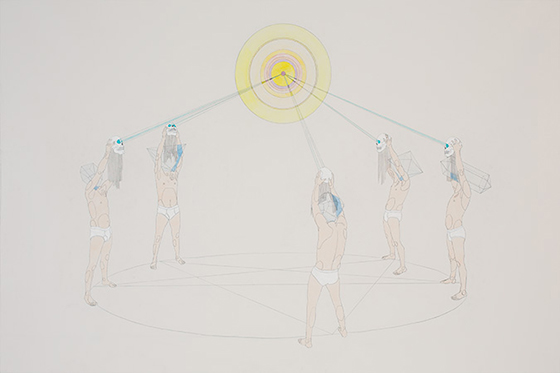 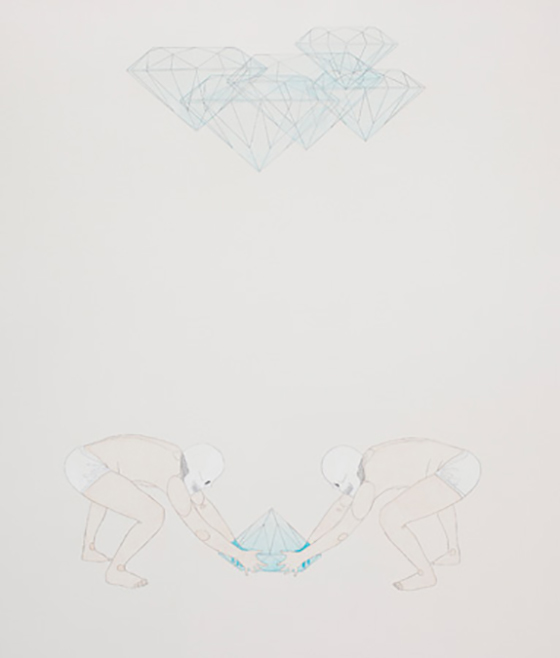 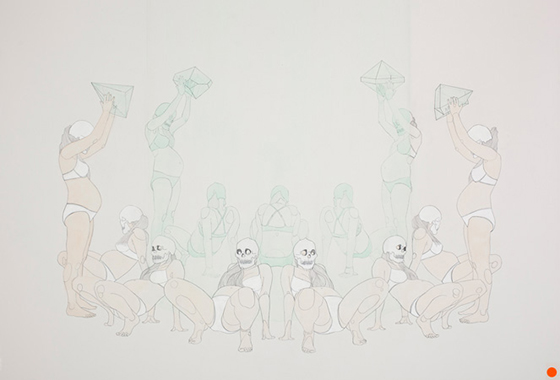 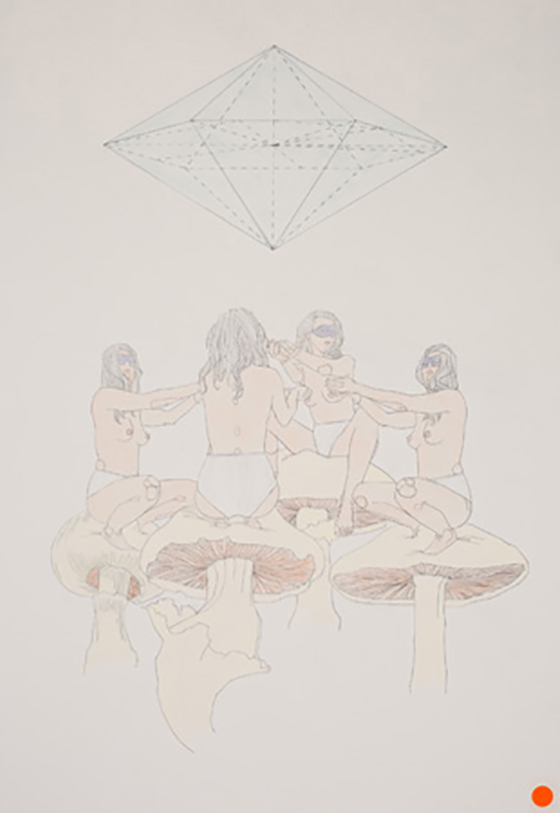 With any ceremony, there is a pattern of necessary preparations that must occur before the actual ceremony can begin. The process of Joseph McVetty's work is like a ceremony in itself, organized and arranged with his own community of participants. The evolution to McVetty's final output is like a ritual, within a ceremony, within a ritual based on a his own offerings of sacrificial magic. By nature, a magical operation of any difficulty cannot be performed without one fully dedicating himself to the work, mentally, physically, or otherwise, he must be devout and and prepared for the practice. McVetty's work, like as with many traditional or folkloric rituals, only involves those that occupy a specific relationship to him, and only they can participate in the ritual. The participants in both Joseph's photo-shoots and final works are made up solely of himself, his wife, their children, and those that are closely connected to him and his work. In a sense, he has re-created exactly what he is drawn to, a community effort of very specific rituals and occurrences. Joseph's creative thinking, as with any magical thinking, is not random, it has its own laws and logic derived from his personal process, and similar to traditional magic, it is poetic rather than rational, and lasting as long as the dedication exists. - Lust After

Lust-After: So Joseph, where are you now??

Joseph McVetty: I’m in Portland, Oregon, in the living room of the house that my wife and I recently bought, listening to my record player. I’m very fortunate.

What would be the giveaway that you were an artist, if somebody came into your home?

There’s a lot of shit going on in my house, arts and crafts mostly, coloring books and toys. The adult objects just mix in with the kid’s stuff, the skull masks and the fabric dying books are in there too. They may think I run a radical daycare facility.

How/why did you began incorporating the skull mask into your work? At what point did it become an integral asset?

The skull masks depicted in the drawings just bubbled up, I spent years staring at the Powell Peralta logo, the Grateful Dead logo, if you get high, dig punk rock and draw sooner or later you’re going to end up drawing a fucking skull. As far as actually using the physical skull mask that began when I starting photographing models for the drawings.

Talk to me about your process- from the use of models, to staging particular settings and poses, you photograph everything first, correct? And then what?

My process at this point has settled into a nice groove, I have become much more efficient over time. Once I have a general idea of what the drawing will look like I can take the posed source photos which at this point means either my wife takes pictures of me or I take them of her. These photo sessions can be really magical. the personality of the finished drawing is born in these moments. My wife is like a shape shifter, she is capable of summoning up some really intense moves. I Xerox all the photos, cut out the the posed figures and ultimately collage them into a scene, this is when the vibes from the photo shoot effect the drawing. The emotions displayed in the poses begin to inform the composition and the subject matter, my original intent may change dramatically as a result of the magic in a certain pose. After that it’s all a matter execution.

Read the rest of the article at Lust-After for Juxtapoz Magazine.