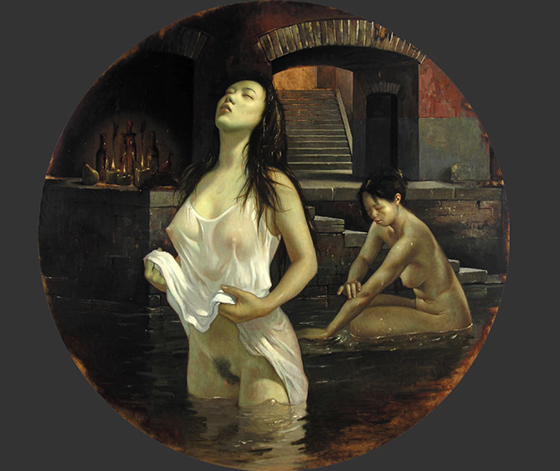 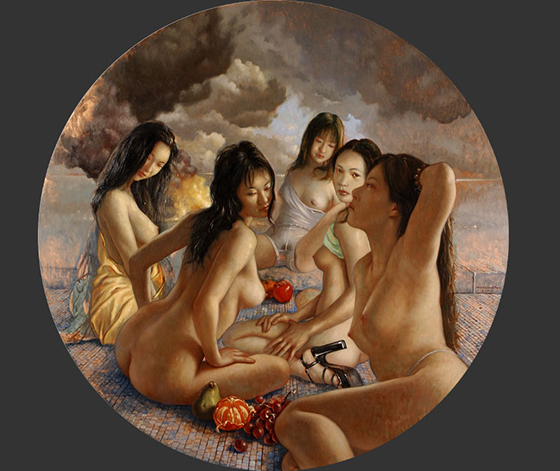 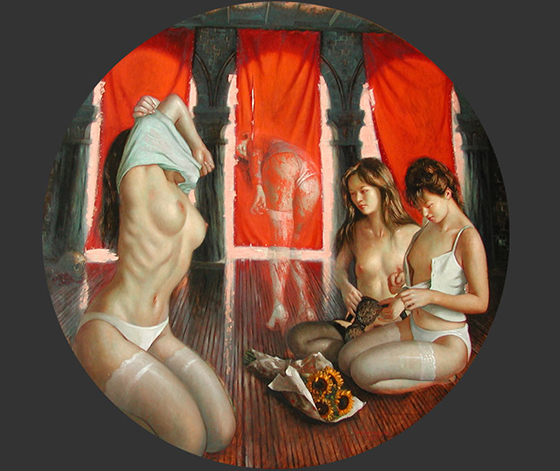 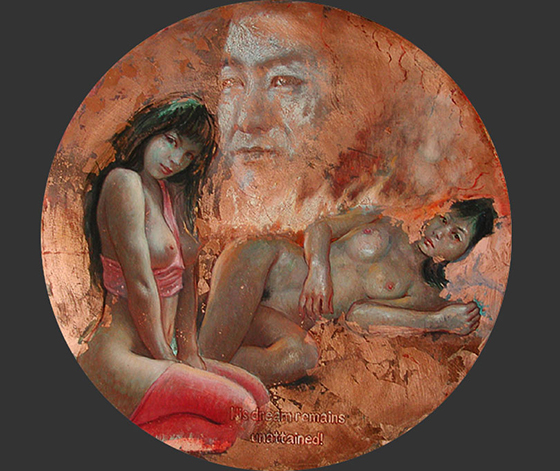 John Wellington was born in Santa Monica, California, and raised in Greenwich Village in New York City where he still resides. He received his BFA from the Rhode Island School of Design and his MFA at The New York Academy of Art. His paintings have been in exhibitions in New York, Los Angeles, San Francisco, Miami, and Paris. He has also shown at the Centre Georges Pompidou in Paris and The Arnot Museum in New York. He states, "The focus of my paintings often shifts with the changes in my life. The process is the art. At times my work has been classical, claustrophobic, fetishistic, beautiful, vulgar, architectural, humorous, morbid, decorative, and sexual. Sometimes it is all of these at once."