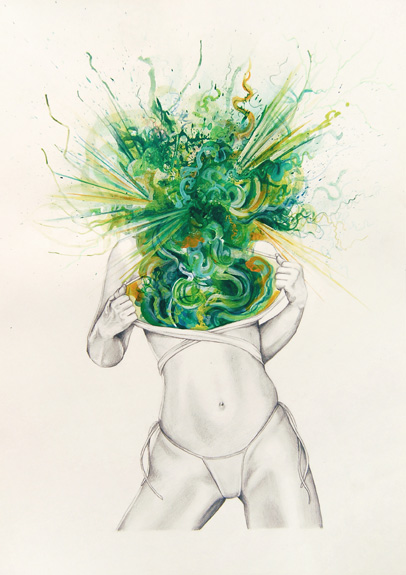 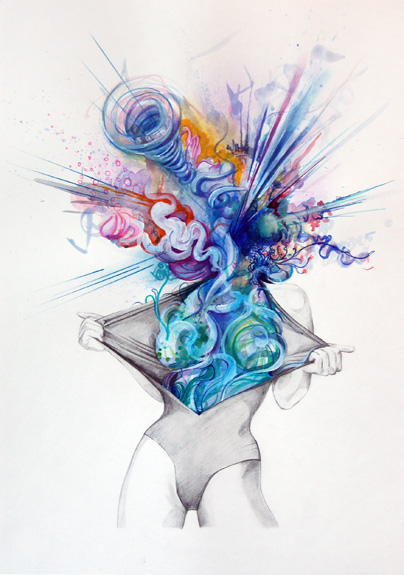 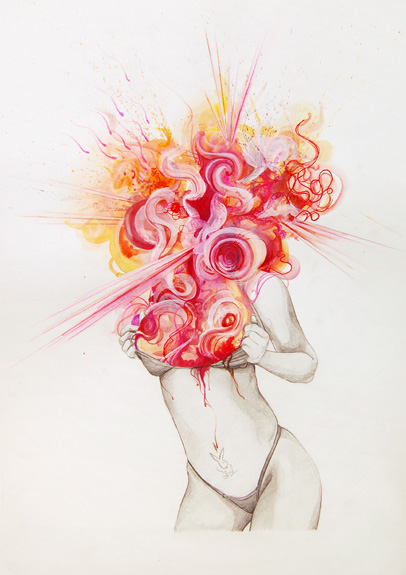 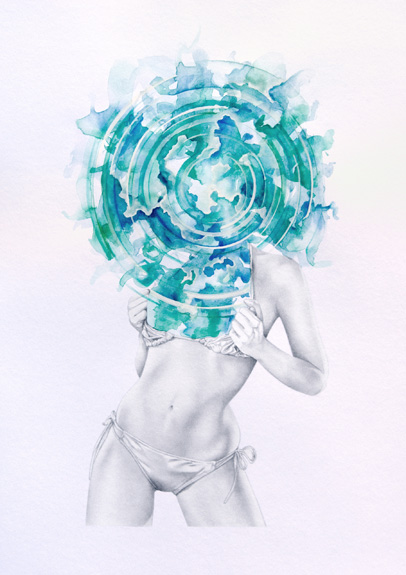 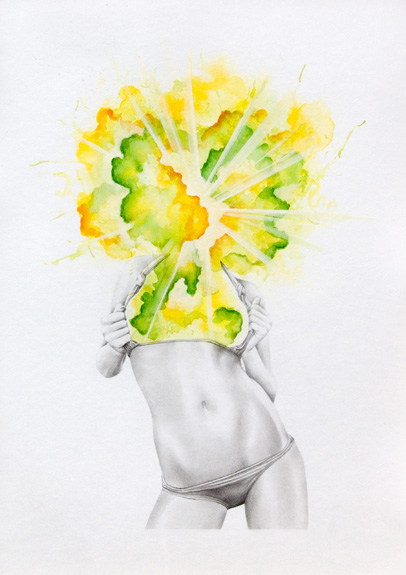 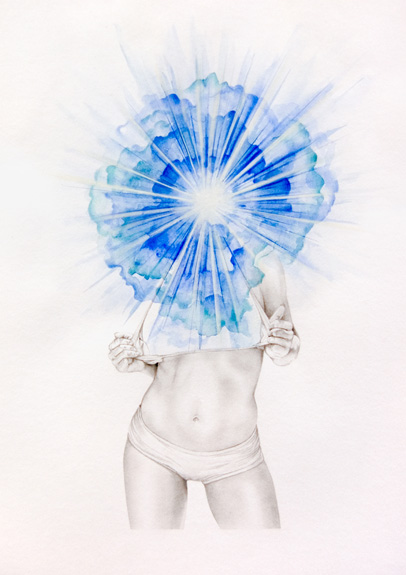 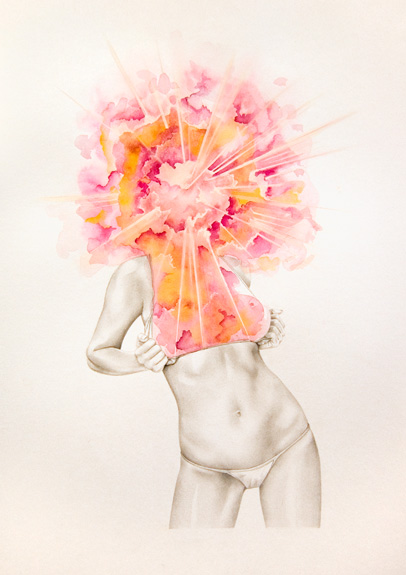 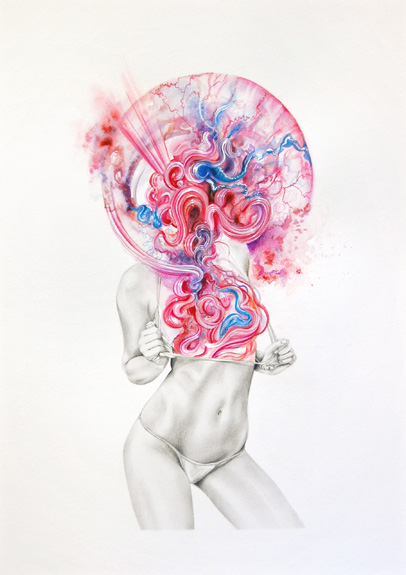 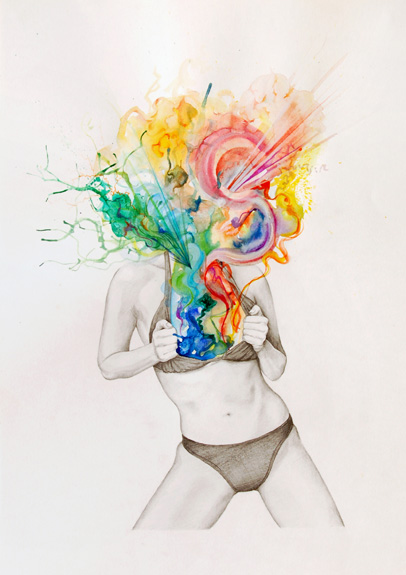 Influenced by Bernini's 'The Ecstasy of St. Teresa' and the psycho-sexual contradictions inherent to the pursuit of spiritual transcendance, James Roper brings us his 'Rapture' series. 'This is explicitly symbolised in the Rapture series by the use of porn stars as the vehicle for the expression of this 'spiritual' emotion, the shedding of carnal bodies giving way to an abstract purity beneath. The idea of release from the material to the spiritual is apparent in many religions as if there were a divine soul trapped in our earthly bodies, this is analogous to contemporary imagery found in comic books specifically the way in which Clark Kent, a normal man, sheds his clothes to become a Superman.'