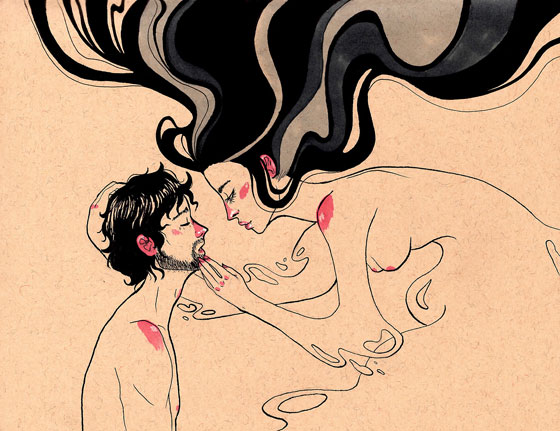 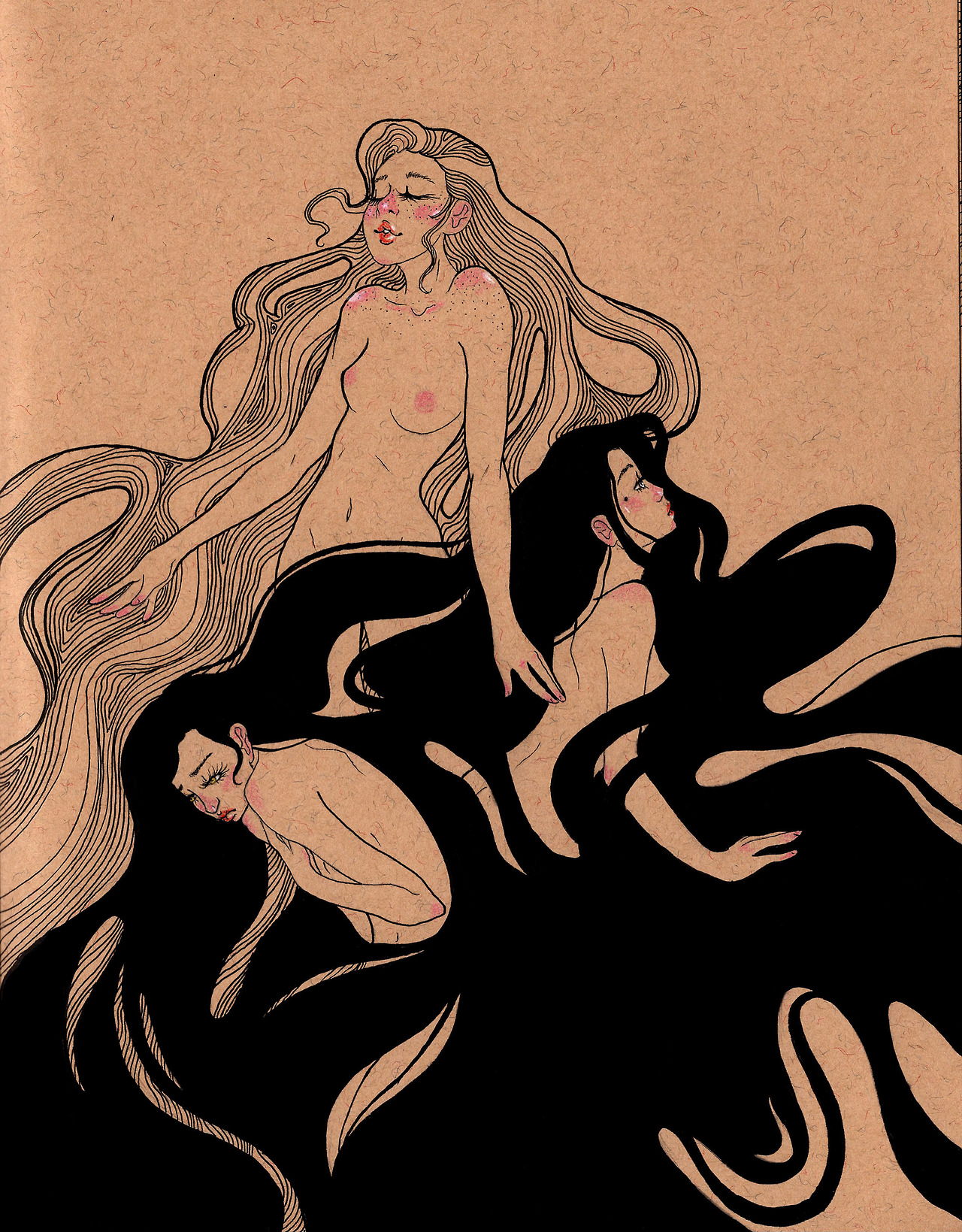 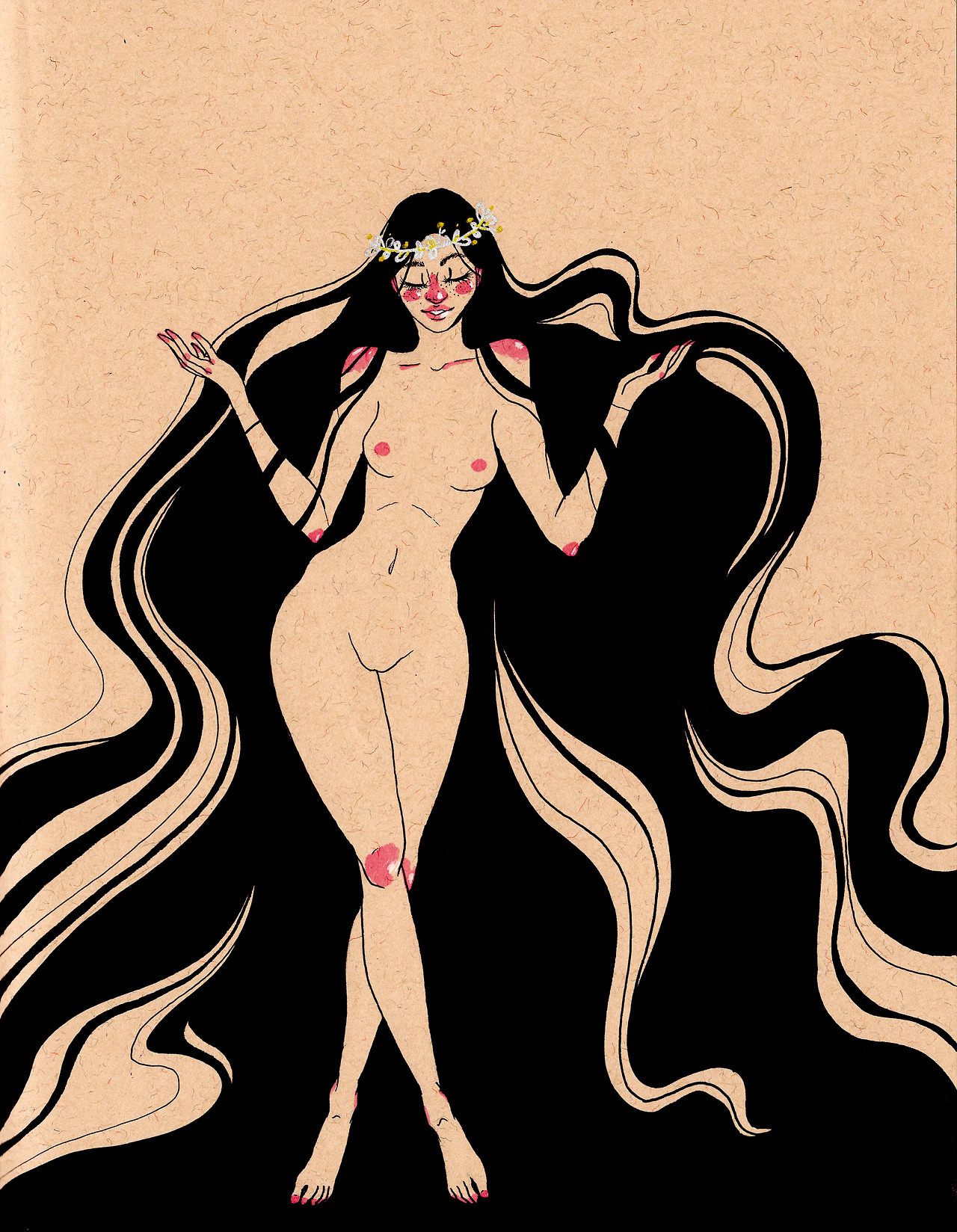 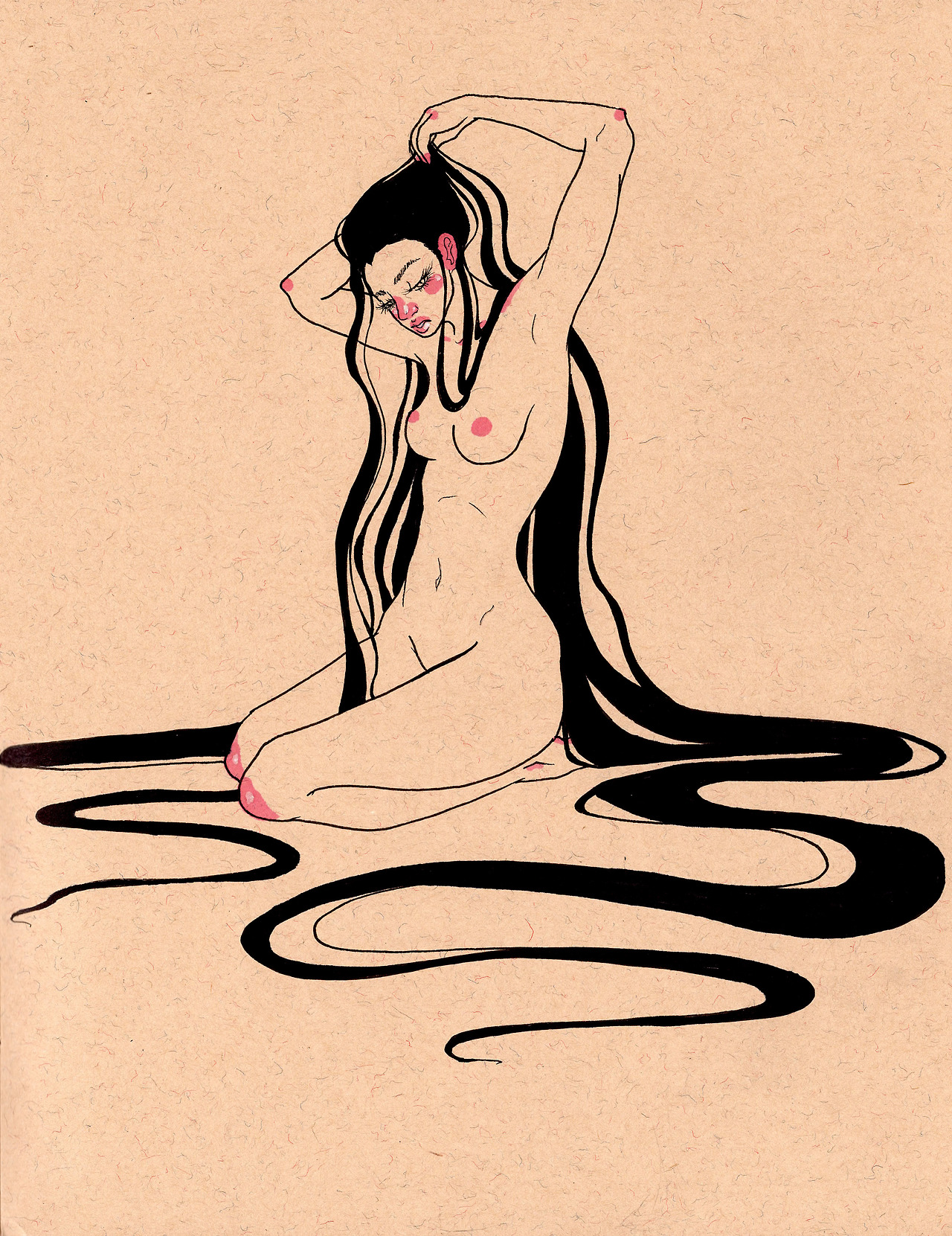 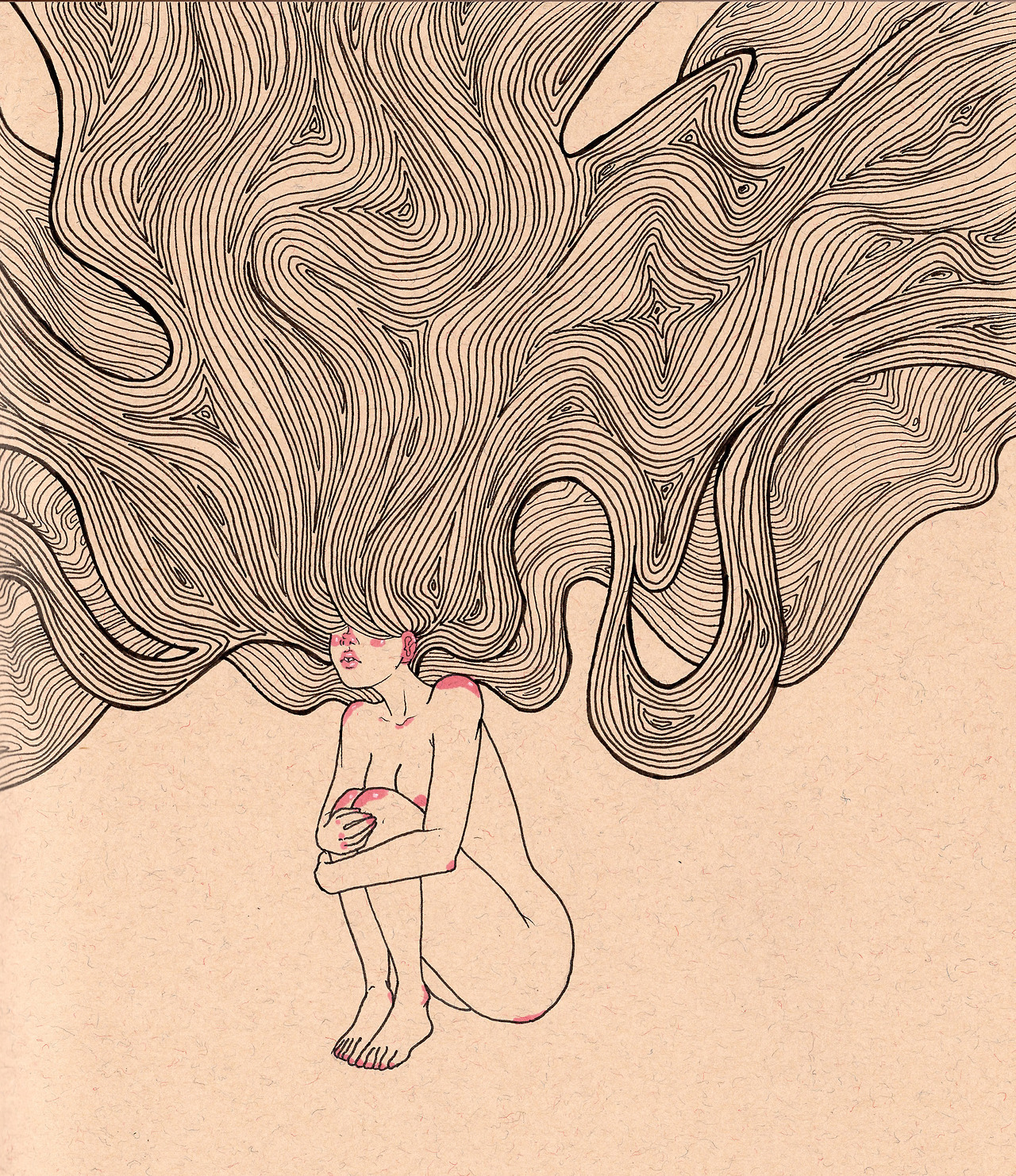 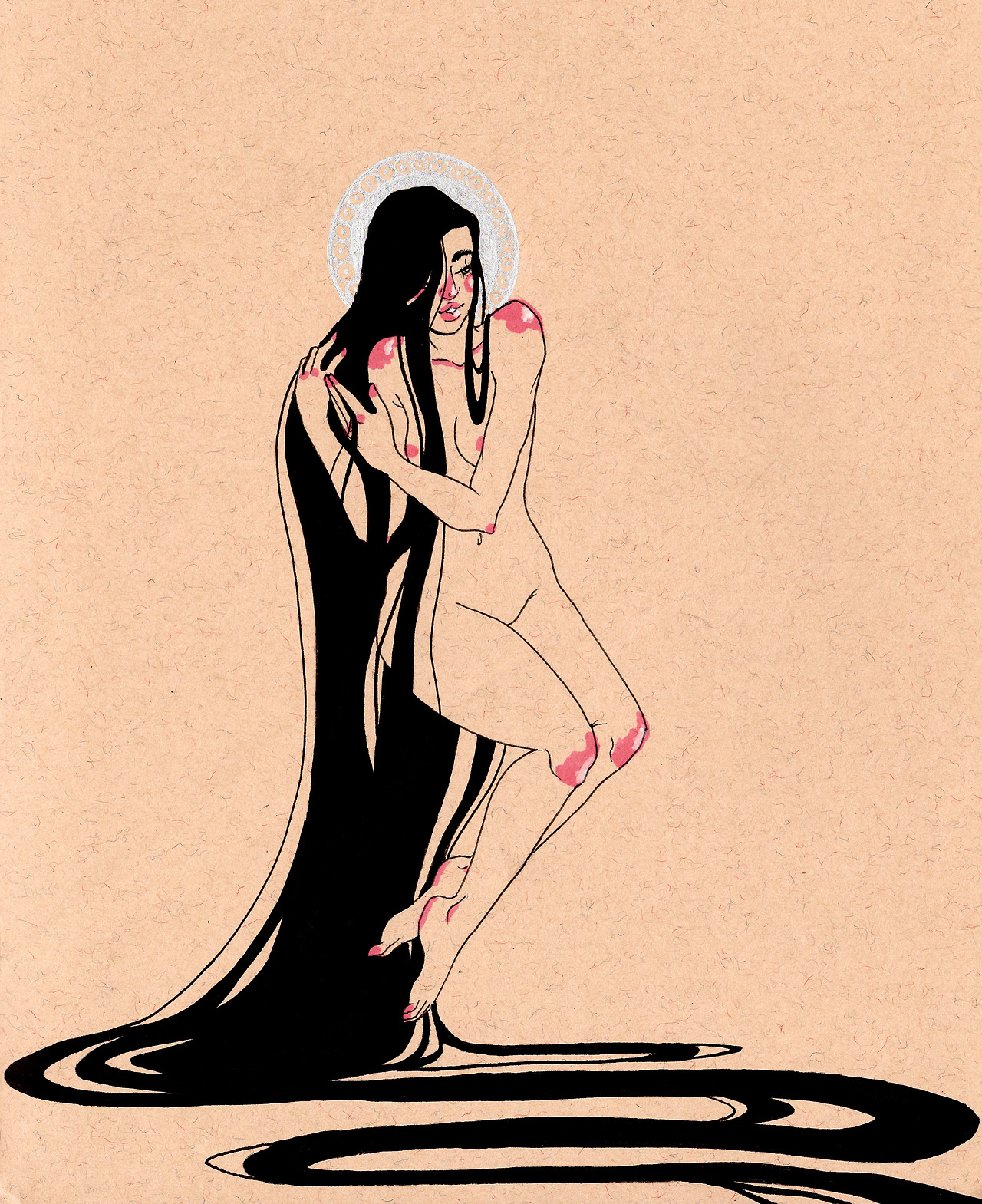 Twenty-four year old Jennifer Volkman lives and works in Atlanta, Georgia. She says she has an affinity for bloody things, Disney princesses, cartoons, and video games. Jennifer often works digitally but has been working with more traditional mediums as of late. In this series, Jennifer illustrates men and women with simple black lines and pink accents in tender areas like the cheeks, nose, shoulders and nipples, depicting the sense of touch visually.